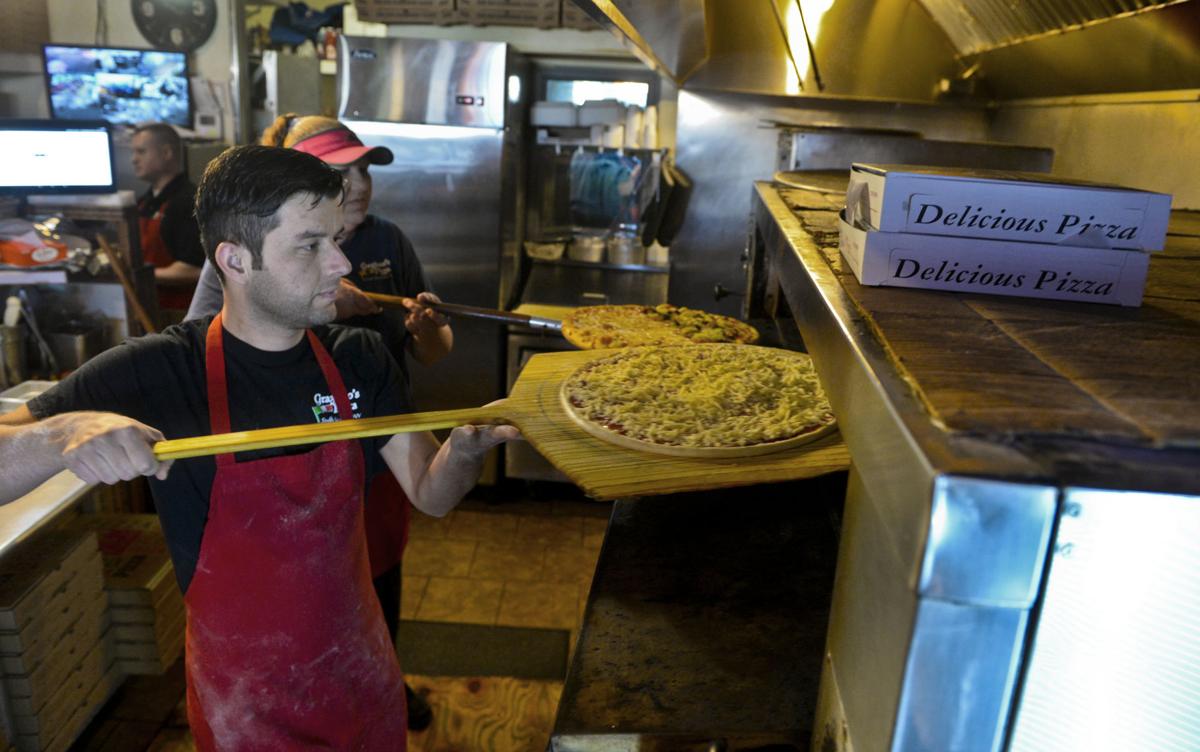 Najib Ahmad Bakhtari is a refugee from Afghanistan. He arrived in the Charleston area in April, and has been working at the Graziano’s restaurant in South Charleston. 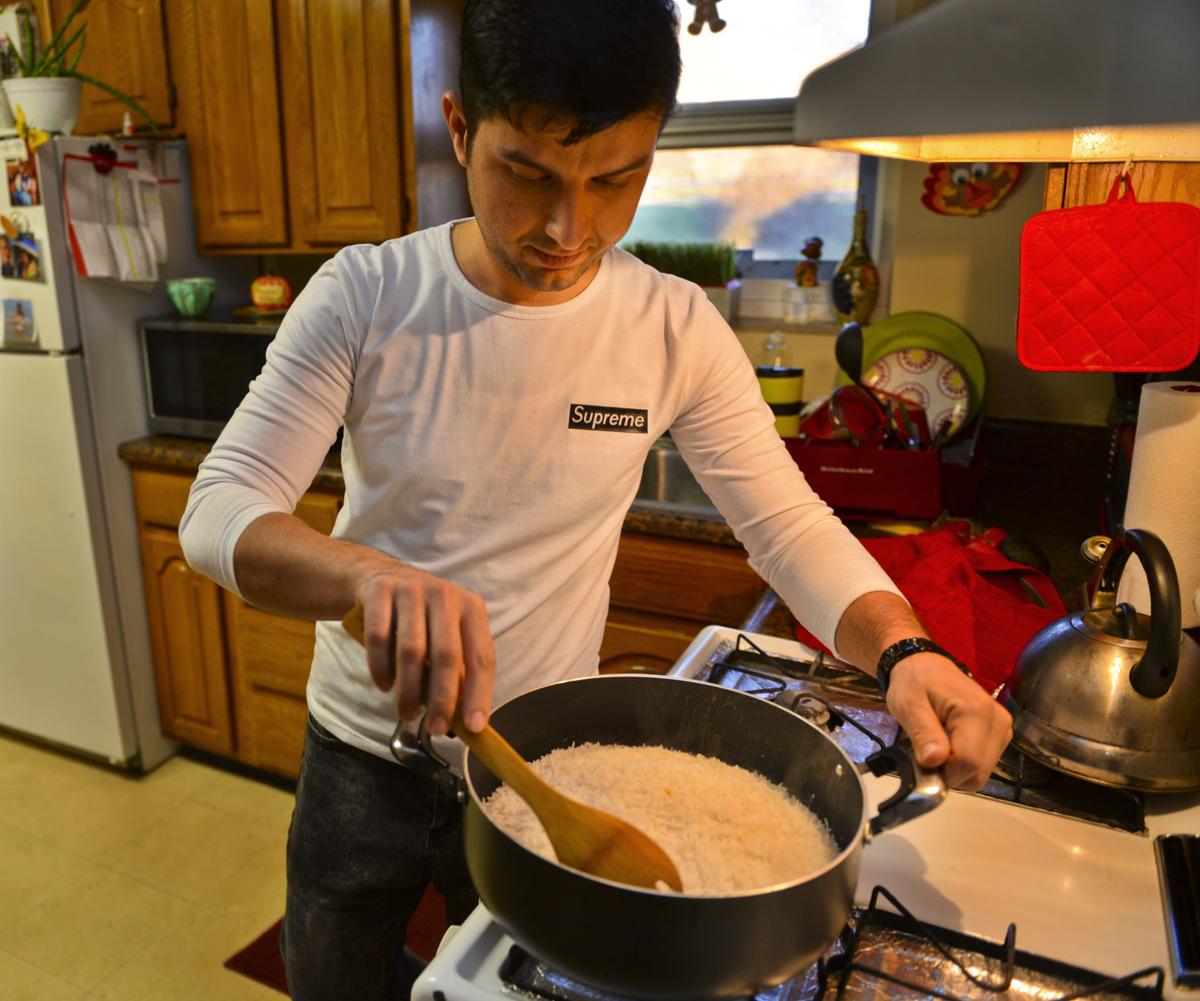 Najib Ahmad Bakhtari makes a rice dish at his sister’s home. His sister, Wafa, came to the U.S. in 2015 and lives in Charleston with her husband and two children. It took three years for Bakhtari to get his paperwork, which included being linked to Wafa and her family in Charleston, to enter the U.S. as a refugee. 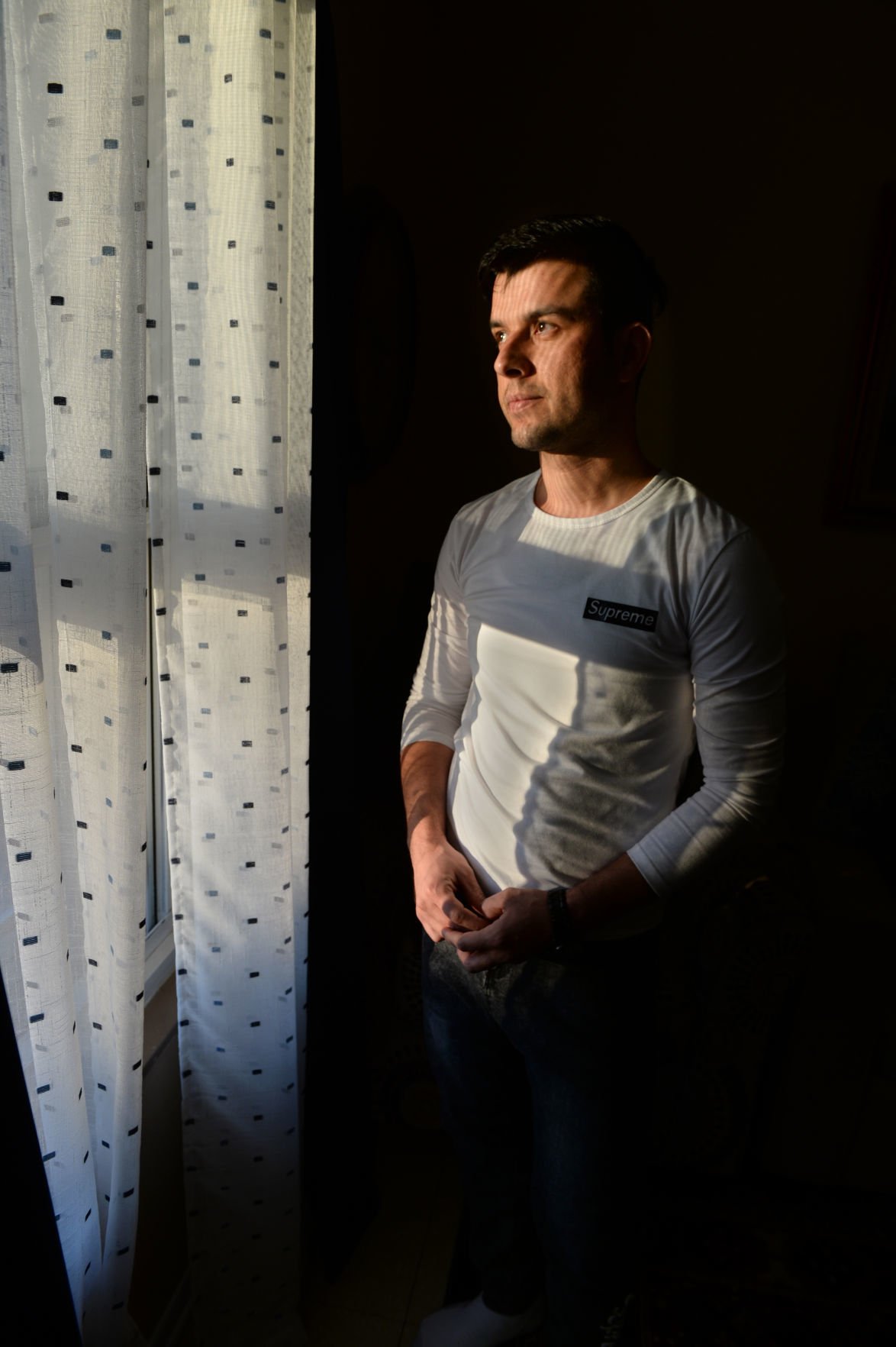 Najib Ahmad Bakhtari is a refugee from Afghanistan. He arrived in the Charleston area in April, and has been working at the Graziano’s restaurant in South Charleston.

Najib Ahmad Bakhtari makes a rice dish at his sister’s home. His sister, Wafa, came to the U.S. in 2015 and lives in Charleston with her husband and two children. It took three years for Bakhtari to get his paperwork, which included being linked to Wafa and her family in Charleston, to enter the U.S. as a refugee.

Najib Ahmad Bakhtari found safety in the West Virginia hills when last year he left the danger and unrest in his home country of Afghanistan.

He is one of three refugees the state accepted in 2019, up from just one the previous year, as the Trump administration has slashed the overall number of refugees the country will admit in the coming year.

West Virginia Gov. Jim Justice in December said the state would continue to welcome refugees, saying resettlement had been a “great success” in the state. He was forced to publicly comment on immigration policy after President Donald Trump said he’d give state and local leaders the option to deny refugee resettlement.

A refugee, under United States law, is someone who has been forced to leave their country due to fear of persecution.

Bakhtari landed in Charleston in April from his hometown of Mazar-i-Sharif, a large Afghan city known for its exquisite, blue-topped mosque that pops against the city’s sandy backdrop.

He left behind his father, mother and two brothers. He doesn’t know when he’ll see them again.

In Charleston, he found friendly people, opportunity and peace of mind he had not known in Mazar-i-Sharif.

“The thing that got me about West Virginia was the beauty of the mountains and peacefulness of the small town,” he said, speaking through a translator as he’s currently learning English through an ESL class. Bakhtari speaks a mixture of Persian and Pashto, an Iranian language.

In Afghanistan, he’d been working as a cook in a kitchen and overseeing dozens of employees who served Americans helping Afghan people — a job that put him in danger, he said.

“Ten people who were working with Americans disappeared,” Bakhtari said, adding that he feared his own life was at risk because of his connections with Americans.

Afghanistan is the most dangerous country in the world due to its high numbers of deaths from war and terrorism, according to a 2019 report by the Institute for Economics and Peace.

His sister, Wafa Bakhtari Noorzai, came to America in 2015. She lives in Charleston with her husband and two children.

She has experienced constant worry for her brothers and parents who remained in Afghanistan, she said.

It took three years for Bakhtari to get his paperwork, which included being linked to his sister and brother-in-law in Charleston, to enter the U.S. under refugee status.

“One day we were sitting at the table eating dinner and talking with [my brother] on the phone. He said, ‘I got the visa!,’ and I [screamed]. I was so excited,” Noorzai said.

Her brother was able to find a home and work in Charleston with the help of West Virginia’s Catholic Charities branch.

“I’ve been working in refugee resettlement for five-and-a-half years,” Libby Ramsey, migration and refugee services program director, said. “I am always struck by how similar refugees are to our native West Virginians in their resiliency, devotion to family and incredibly strong work ethic.”

The group resettled refugees in West Virginia from Afghanistan and Uganda in 2019.

“We are what is known as a U.S. tie-based site. This means a refugee has a friend or family member already living in West Virginia and whose information they put on their refugee application overseas stating they would like to reunite,” Ramsey explained.

She noted the last couple of years of work have been difficult emotionally in the wake of the changing national climate toward refugees.

In September, Trump announced the U.S. would limit the number of refugees to 18,000 in the next 12 months — the lowest level of refugee acceptance since Congress passed the Refugee Act of 1980.

The Republican President also announced in September he’d give state and local governments the authority to refuse to accept refugees for the first time in history. The executive order required state officials to give public written consent to receive refugees.

At the time of publishing, 37 Republican and Democrat governors — including those from Kentucky and Ohio — publicly stated they’d accept refugees.

Justice, a Republican, in his letter consenting to refugee resettlement said, “I understand that refugees who come to West Virginia will have been vetted and approved by the appropriate federal agencies, including the Department of State, and be granted legal entry to make a new home in America before settling here.”

He added, “Refugees who have resettled here have become productive citizens and are welcomed into our West Virginia family,” and he touted the success of Catholic Charities’ resettlement program.

Ramsey was grateful for Justice’s decision.

“Even though nationwide arrivals are at a historic low, there is now still hope for these West Virginia families to be reunited with their loved ones,” she said.

Catholic Charities provides numerous services to refugees in West Virginia, including obtaining affordable housing, home furnishings, transportation, interpretation, assistance enrolling children in school and more. The agency relies on volunteers to help refugees learn about the community and how to use public transportation.

“Our main focus is on placing refugees in employment as quickly as possible to regain their self sufficiency,” Ramsey said. “Generally, refugees are employed within 90 days of entry.”

Bakhtari leaned on his experience as a cook in his home country to secure jobs at Graziano’s Pizza, in South Charleston, and Embassy Suites.

The hardest part of moving to West Virginia, he explained, has been the language barrier. While he’s actively learning English, for now, he expressed disappointment over his limited ability to communicate with people he meets.

Ramsey explained that the language barrier is often the most difficult transition experience for refugees.

Despite communication barriers, Bakhtari expressed a fondness for the people of West Virginia who have continuously made him feel welcome in his new home.

“I’m happiest because anywhere I go, people have been helpful,” he said, noting those in his Bahá’í religious community have been very welcoming.

Bakhtari, who earned a college degree in his home country, hopes to reenter college here to pursue a degree in accounting.

And, he hopes that more people from this native country may also experience what he’s found here.

“I want people to see and learn from what I get to do here and see the freedom I have in the United States,” he said.

Amelia Ferrell Knisely is a corps member with Report for America, an initiative of The GroundTruth Project. Reach her at amelia.ferrell@wvgazettemail.com,304-348-4886 or follow @ameliaknisely on Twitter.