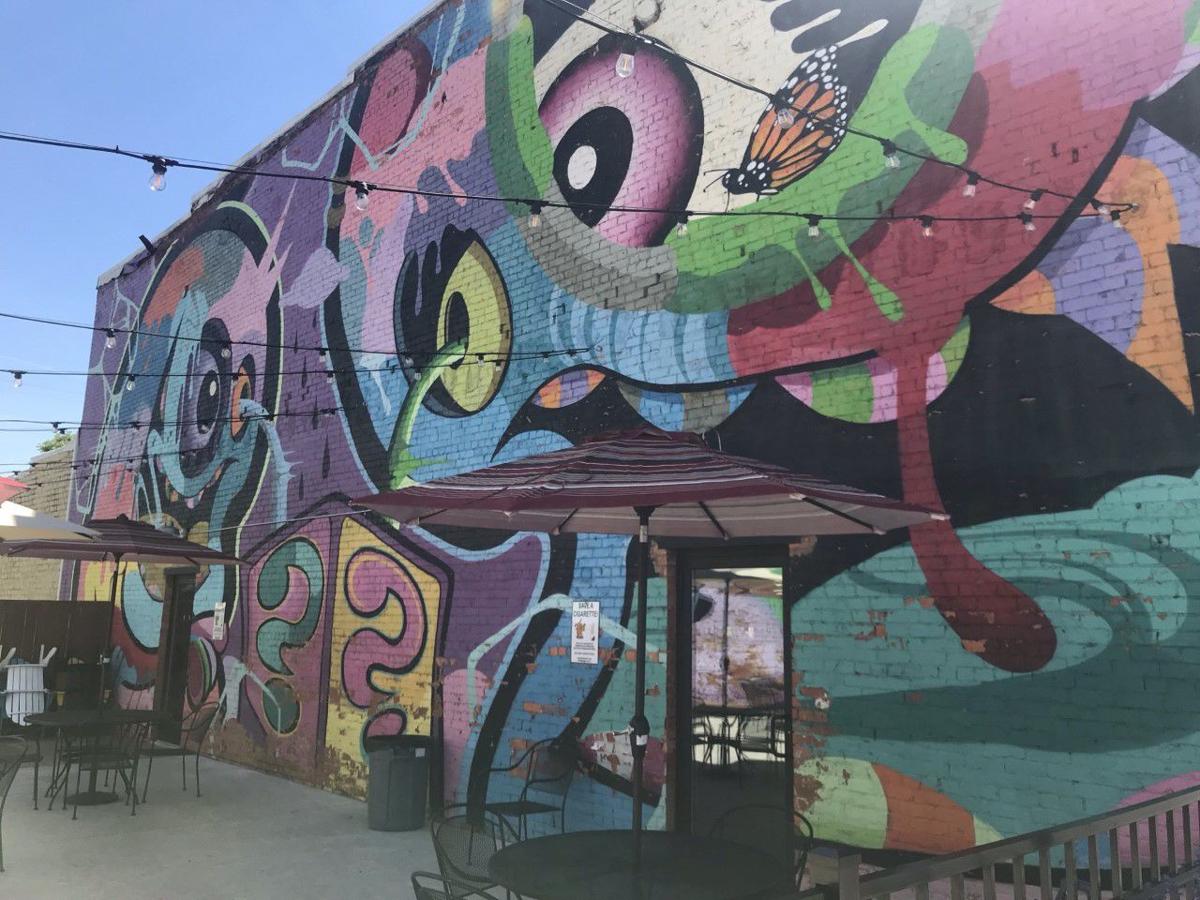 Reporter Bill Lynch is visiting all 55 of West Virginia’s counties this summer, including Mercer, where he lived for over 10 years. Mercer has changed quite a bit since 2003. 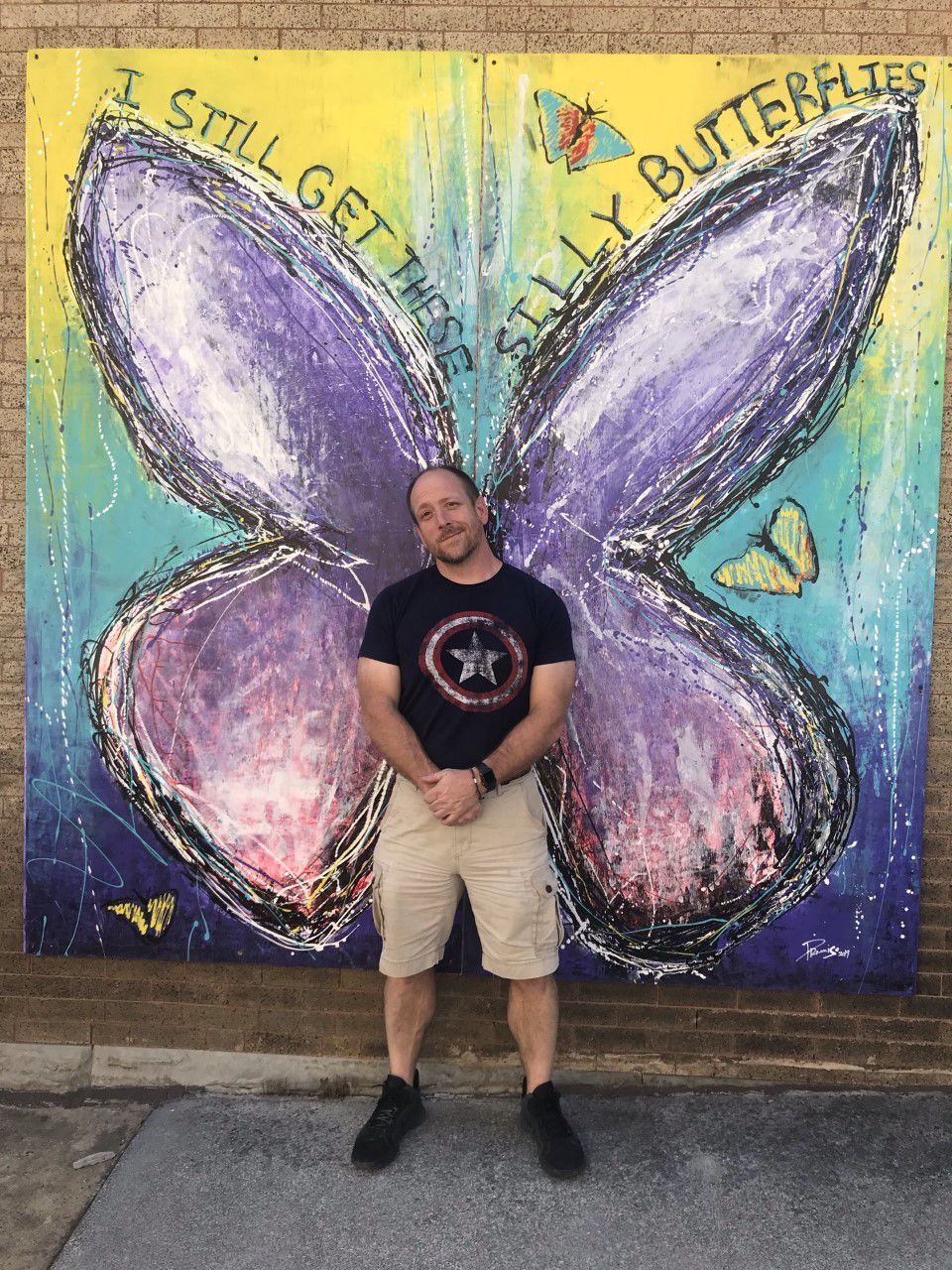 Reporter Bill Lynch spent a day exploring Mercer County, which brought back memories of why he left. Bill grew up (sort of) and Mercer seems to be blossoming. 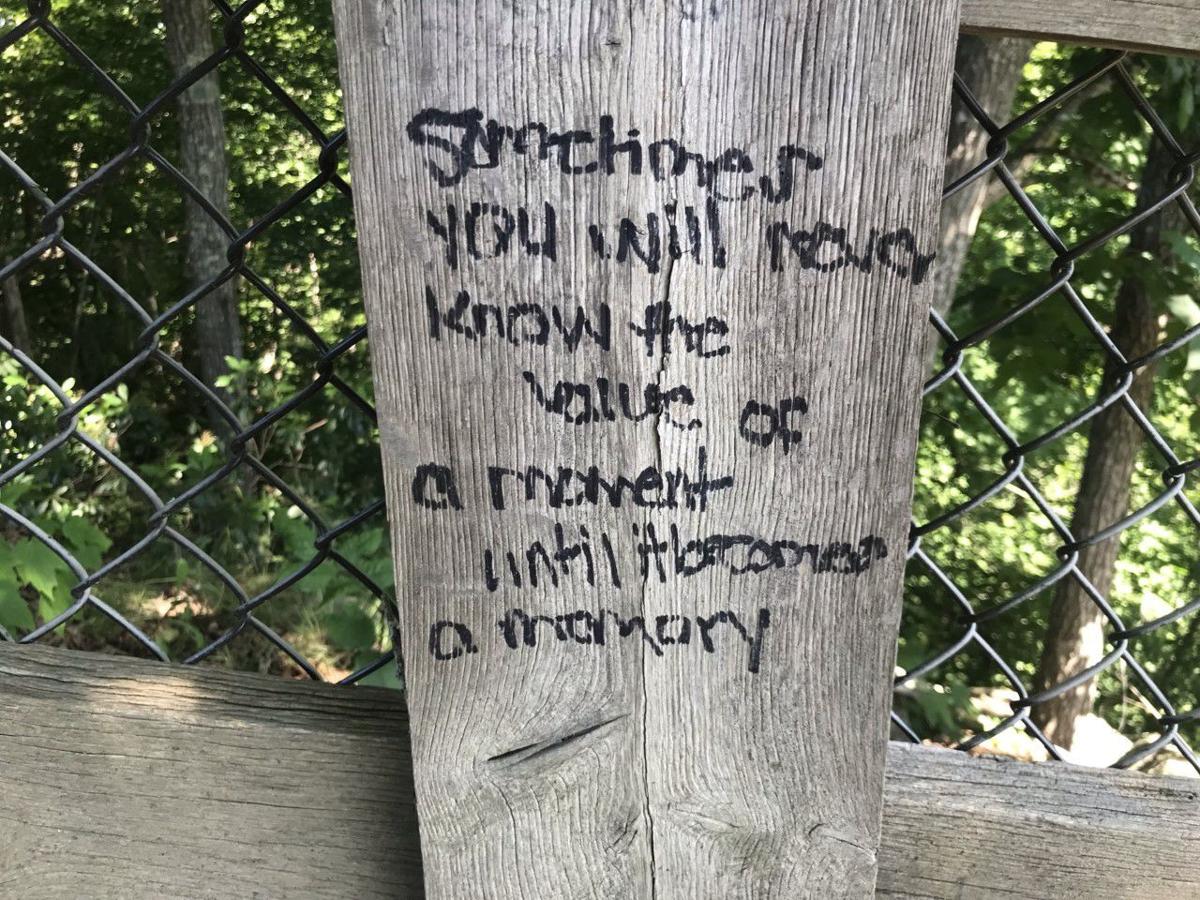 On the way out from Mercer County, Bill stopped at a scenic overlook and found an appropriate message for the day left by someone.

Reporter Bill Lynch is visiting all 55 of West Virginia’s counties this summer, including Mercer, where he lived for over 10 years. Mercer has changed quite a bit since 2003.

Reporter Bill Lynch spent a day exploring Mercer County, which brought back memories of why he left. Bill grew up (sort of) and Mercer seems to be blossoming.

On the way out from Mercer County, Bill stopped at a scenic overlook and found an appropriate message for the day left by someone.

The newspaper went from my hand, flew wide to the left, and then tumbled into a hedge, nowhere near the front porch.

I grunted and probably swore. That is my default setting for when simple, easy things go wrong. In the six months or so since I’d started this paper route in Bluewell, a little town in Mercer County just outside of Bluefield, I didn’t remember ever missing this porch.

The house was one in a line of cute, older, red brick homes built on the side of a hill. The driveway had been dug out of that hill and brick steps went up from the drive to the black iron railed front porch.

This line of houses overlooked a couple of trailers and a doublewide, newer additions to the neighborhood.

I couldn’t tell you much about who lived in that house, other than it was the only house on that particular street that took the paper, and I think they paid their bill on time.

Missing the porch with the paper was embarrassing. It was a big, easy target. So, thoughtlessly, I put my small car in neutral, reached to the center console and pulled the emergency brake. This would only take me maybe half a minute.

The sun was coming up, but I had time to get the paper out of the bushes, put it on the porch and then be on my way to finish the rest of my route.

With the car still running, I opened the door and stepped out onto the driveway.

Before I came to Charleston in 2003, I lived in Mercer County for about 12 years. When I first started halfway planning the 55 counties in 55 days project for the summer, I knew I’d have to go back to Mercer County.

I wasn’t sure how I felt about that. I hadn’t been back in years.

At the time, I was a copywriter at Adventure Radio in Bluefield. I was excited about the work, but the pay was garbage and I’d come out of the marriage with quite a bit of debt and only a vague idea of how to manage a household.

My ex had been the responsible one, the one who was good with money. She’d taken care of the bills and I had been a disorganized, overspending mess when I’d first set out on my own.

To take some of the pressure off, I took a part-time job delivering newspapers for the Bluefield Daily Telegraph, which was next door to Adventure Radio, where I also worked.

I’d picked it up because I thought it would be easy. An extra 10-to-15 hours a week spent mostly driving around didn’t seem like that big of a deal. I planned to just work for a few months, just until I caught up.

But the job was a grind. Chipping away at the bills was taking longer than I expected and between three different jobs, I was tired all the time. There just wasn’t enough coffee to keep me going — particularly, that morning, when I missed the front porch with my throw.

As soon as I stepped around the car door, I heard the emergency brake pop and release. The car began rolling back. Horrified, I turned, got back around the door, tried to get inside, grab the wheel, stomp the brake — do something.

The car knocked me to the ground, caught me under the door and then dragged me down the driveway, across the road and through the grass.

As the car broke through a wooden fence, the back wheel hopped up and I was tossed to the side. I rolled and watched the car slowly crash into the corner of a mobile home.

The impact shattered the glass hatch of my car, dented the bumper and took out a taillight.

The mobile home was scratched, but the damage appeared only cosmetic.

I got away with a few bruises and the realization that I’d reached my limit. I needed to be in a different line of work, which led me to leaving Mercer County.

Mercer County had been home for a long time. I’d gone to school at Concord College in Athens, worked in Bluefield and had lived in Mercer County longer than anywhere else I’d lived in my life up to that point.

It was also very familiar. I’d grown up next door to Mercer, in Giles County, Virginia, which was really just to the east and across the New River.

My parents took me Christmas shopping at the Mercer Mall. The man who corrected my overbite and straightened my teeth, his offices were in Bluefield. We used to stop in Princeton on the way back from orthodontist appointments to get ice cream.

Mercer County had a mall with a record store, a bookstore, and a Chinese buffet.

Pearisburg just had a Magic Mart and a Dairy Queen.

It was a pretty good Dairy Queen, though.

After I left Mercer for Kanawha, I barely went back. It became a place I passed through on my way to see my mother in Virginia, though I noticed that the edges of Princeton seemed to be expanding. There were a few new chain restaurants, but nothing I cared about or nothing I couldn’t get back home in Charleston.

But my visit to Mercer County, particularly Princeton, was a pleasant surprise. The downtown area, Mercer Street, had been sort of scummy when I’d left almost 20 years ago. The street had grown in ways I would never have expected and probably wouldn’t have appreciated if I’d stayed.

It was kind of cool, with interesting little places to shop or hang out. I found a cute little used bookstore and a nice coffee shop. There was art and a fun, upbeat energy to the street.

Jamie Null at the Mercer County Convention and Visitors Bureau told me a lot of work had been done to revitalize the downtown area.

I couldn’t help but be impressed.

Mercer County had been home for a long time. I think when you leave home, you expect to grow up and change, but expect home to stay exactly the same. I’ve grown and hopefully gotten better. It was nice to see that where I used to live had done the same.