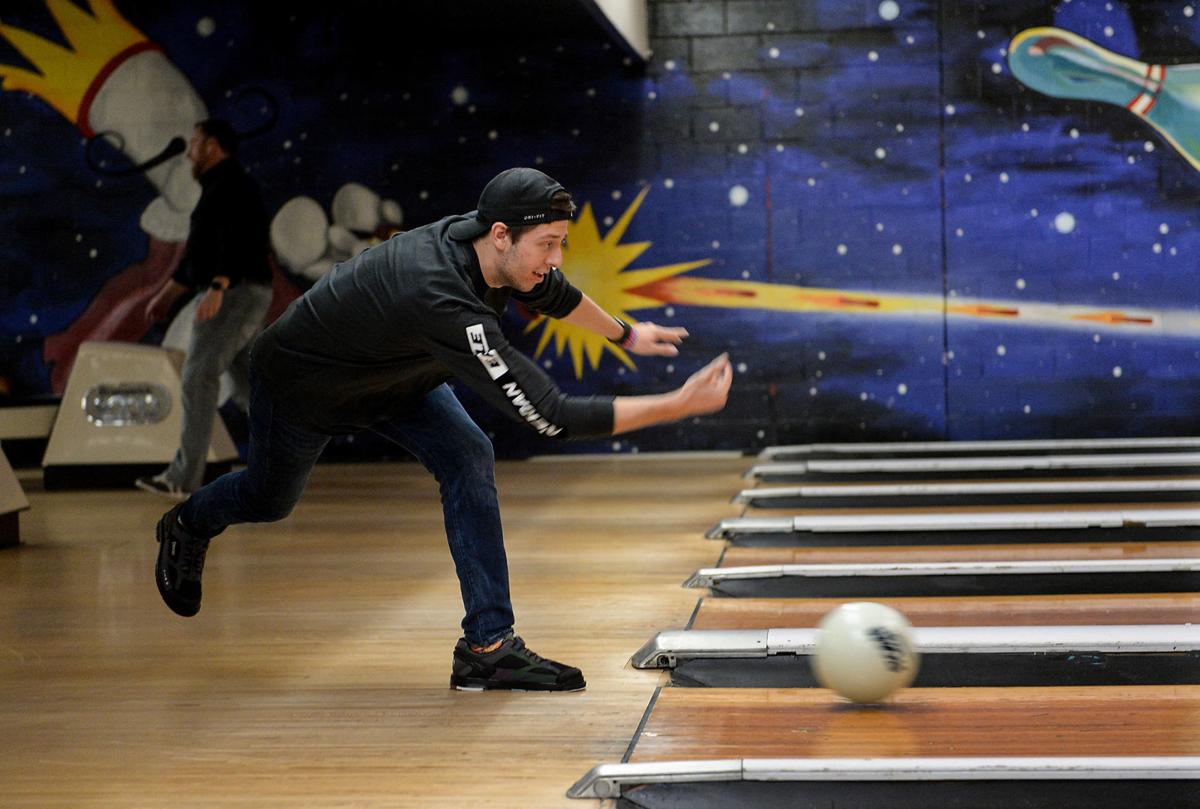 Jacob Dempsey practices with his Riverside High School teammates at Galaxy Lanes in Kanawha City. Though he took up bowling as a hobby, Dempsey has received a college scholarship to bowl for the team at Kentucky Wesleyan. 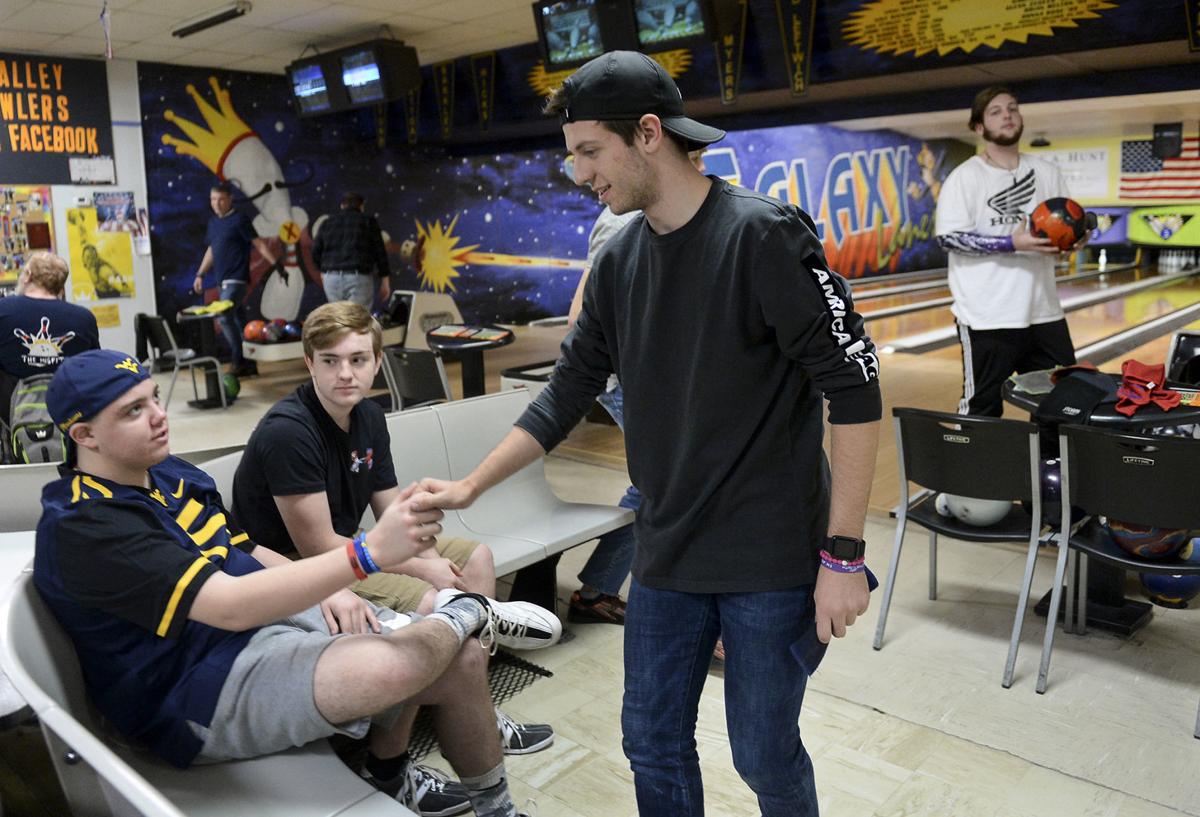 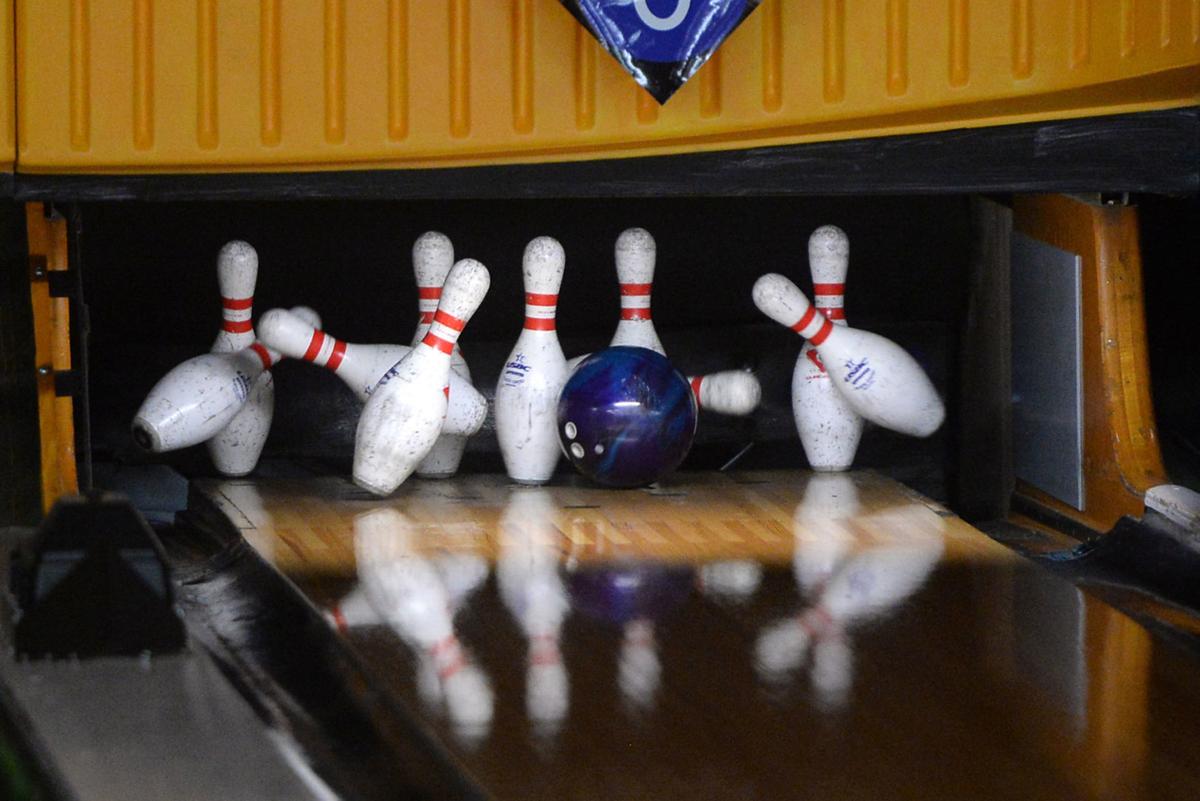 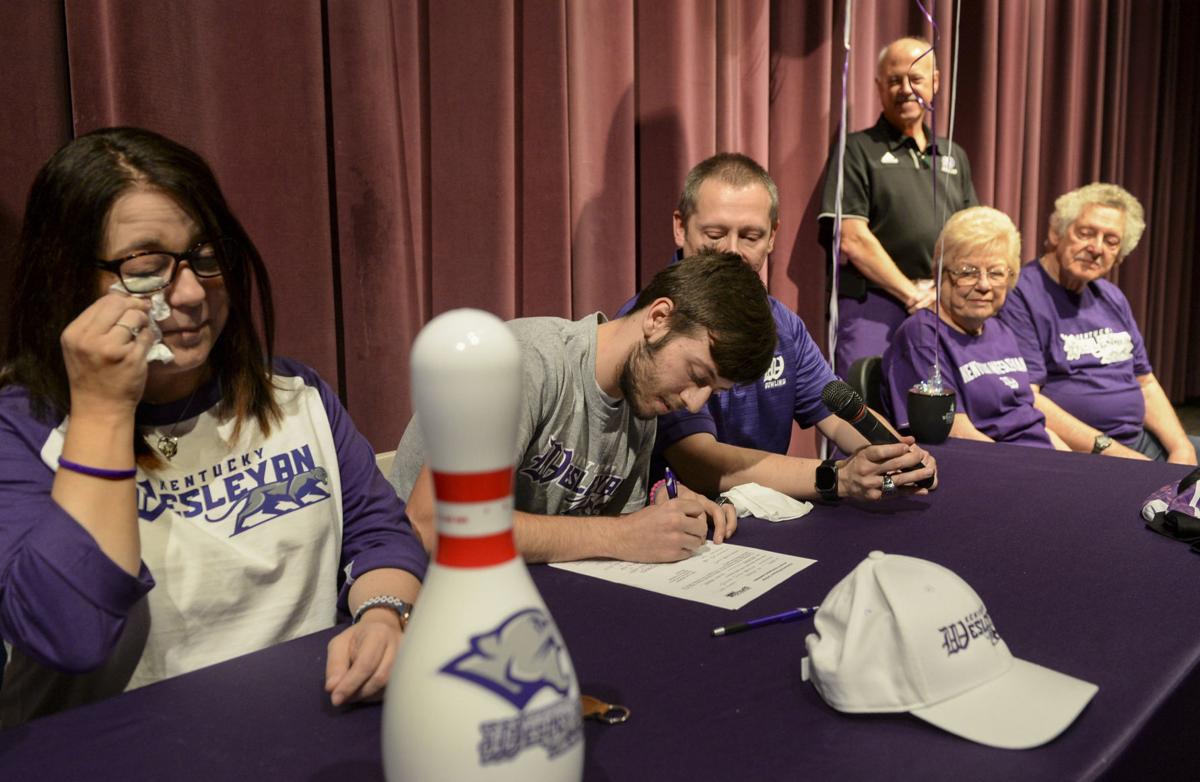 Jacob Dempsey practices with his Riverside High School teammates at Galaxy Lanes in Kanawha City. Though he took up bowling as a hobby, Dempsey has received a college scholarship to bowl for the team at Kentucky Wesleyan.

When Jacob Dempsey goes to college this fall, a hefty chunk of the cost will be paid through an athletic scholarship he didn’t even realize existed — and certainly never thought was an option for him.

“No way,” he said, laughing at his crazy stroke of good luck.

“I just started bowling because my dad did,” said Jacob Dempsey, a 17-year-old senior at Riverside High in Belle. “It was a thing for me and my dad to bond over.”

He was 6 or 7 years old at the time and figured out he could get better by mimicking the older kids. It was fun, but never a focus ... until his sophomore year, when he didn’t make the basketball team.

Before that, “I would run from basketball to bowling and bowl with legs that were worn out,” he said. “When I didn’t make the basketball team, my bowling improved a ton.”

By then he and his friends had convinced his dad, Michael Dempsey, to coach a club-level bowling team at their school. Bowling isn’t part of the West Virginia athletic association, and there weren’t many clubs around.

Eventually, Michael Dempsey opened a Twitter account for the team — and unknowingly, opened a door for his son.

“Somehow they started following me on Twitter. I kept seeing [Jacob’s] name, so I reached out, of course, to Michael,” said Scott Thompson, the head bowling coach at Kentucky Wesleyan, a small, liberal arts college in Owensboro, Kentucky.

“One thing led to another, and here we are,” he added.

It was, in fact, a little more complicated than that.

“He sent me a message through Twitter one day asking about Jacob, if I had any videos of him bowling,” Michael Dempsey said.

“Then he asked if Jacob was going to Junior Gold [a national bowling tournament for young bowlers] in Chicago this past summer, and I said, ‘Yes.’ He met with us there and sat down with us and said he was officially recruiting us,” Michael Dempsey said.

“I didn’t even know they had college bowling until then. I was so shocked,” Jacob Dempsey said.

“It was very exciting,” added his father. “At the same time, Jacob Dempsey started getting looks from other colleges. He walked away from Junior Gold with about a dozen other colleges that were looking at him.”

The whole family was surprised, including his grandparents, who’ve been watching from the sidelines and in the stands ever since Jacob Dempsey started playing a long list of sports as a young child.

“Over the years, he’s been involved in soccer, little league baseball, basketball, you name it,” said Jim Dempsey, his grandfather, who added it was fun seeing his grandson morph from a “roller” who threw a lot of gutter balls to a true “bowler” with the skill to curve the ball, spin the ball, and make it do what he wanted it to do.

“We just didn’t have any idea he could bowl at the college level,” Jim Dempsey said. “It wasn’t something anybody thought about.”

There was a campus tour and a chance to meet the Kentucky Wesleyan bowling team. As it turned out, KW was a strong choice for Jacob Dempsey beyond bowling: it was a good place to pursue athletic training, his chosen career field.

Still, nothing was official.

Then came a sanctioned tournament Thompson hosted in Louisville, Kentucky back in September.

Already nervous with his prospective future coach looking on, Jacob Dempsey pulled it together and threw 12 consecutive strikes in his first game, a perfect score.

“He got his first sanctioned 300 at that tournament,” Thompson said. It’s a feat so rare, the United States Bowling Congress recognizes those who achieve it with a USBC ring.

“In tournament play, it’s very rare that these things happen,” Thompson said. “It’s like a no-hitter, a hole-in-one in golf.”

The odds of the average bowler rolling a 300 are 11,500 to one, according to Golf Digest magazine.

“I can’t even tell you what I did afterwards, I was so excited,” Jacob Dempsey said. “I know Dad ran down and gave me a hug, and I gave out a lot of high-fives.”

Another big day: In mid-December — before a happy but tearful mom and a cheering crowd of friends, family, teachers and his future coach — Jacob Dempsey signed a four-year, $7,000 annual scholarship to bowl for Kentucky Wesleyan. It comes in addition to the academic funds he’s earned.

“He’s at a skill level that he complements our team right now,” Thompson said. “He’s a good student, he’s a leader, all those qualities, great family support — it just was a natural fit.”

What happened to Jacob Dempsey, he added, could happen to other students with an interest and skill in a lower-profile sport.

“People don’t realize a lot of colleges offer bowling and offer scholarship money to help pay the way,” he said. “A lot of those college coaches are out there. They have money to spend, but they don’t always fill every roster spot that they have available.”

For now, Jacob Dempsey is focused on the next four years — but he’s also got some new, big ideas about what could happen down the road.

“The main goal is to help compete for a national championship while I’m in college, and then hopefully advance to the [Professional Bowlers Association] after that,” he said.