Chris Engel, an organist and the music director at Kanawha United Presbyterian Church, was drawn to organ music at an early age, and felt a calling to perform on what he called a complicated, challenging and powerful instrument. 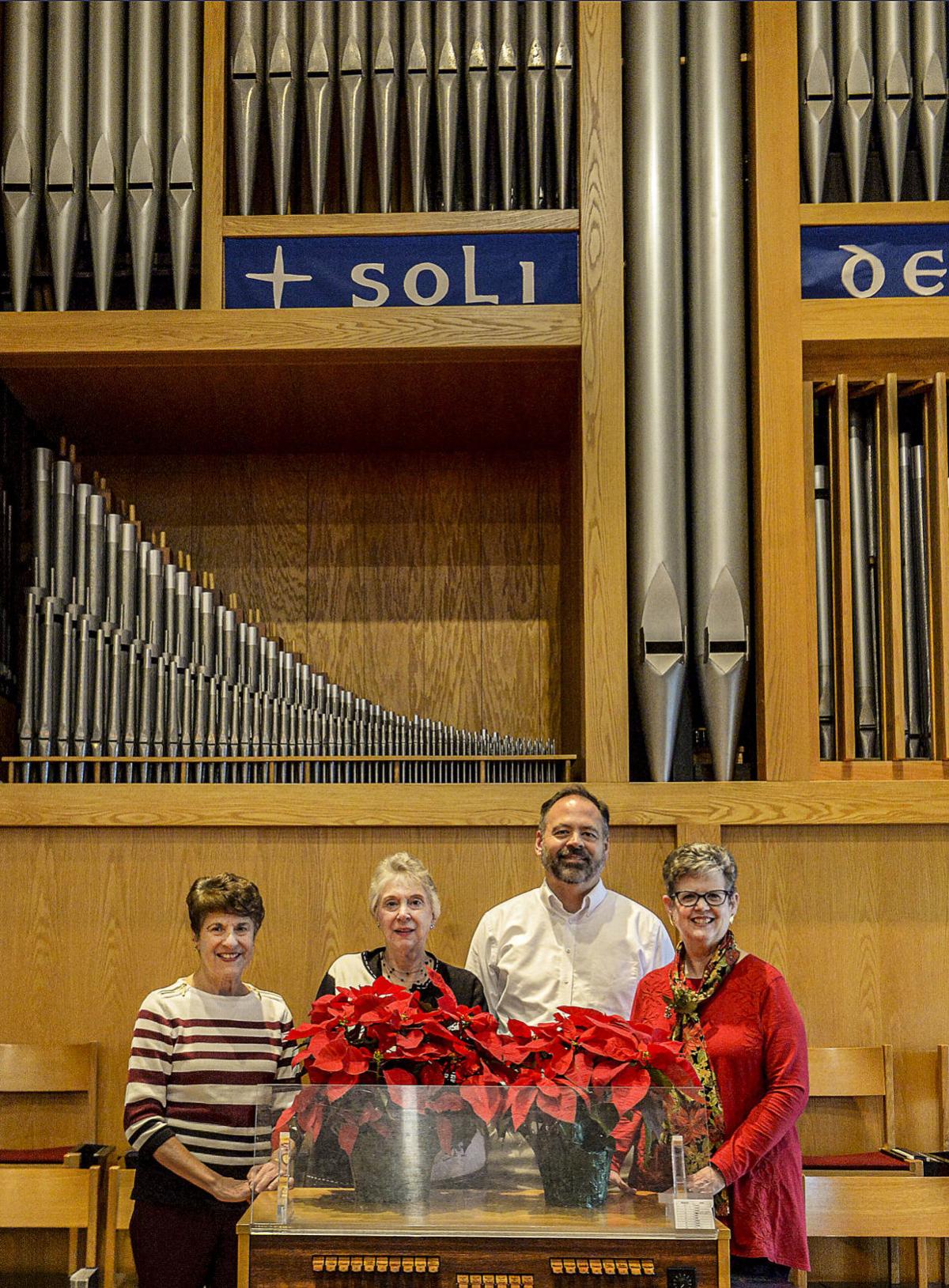 Several board members with the Kanawha Chapter of the American Guild of Organists, Marilyn Henstock (left) Pam Johnson, David Donathan and Julie Janisch stand in front of a pipe organ at Christ Church United Methodist.

Chris Engel, an organist and the music director at Kanawha United Presbyterian Church, was drawn to organ music at an early age, and felt a calling to perform on what he called a complicated, challenging and powerful instrument.

Several board members with the Kanawha Chapter of the American Guild of Organists, Marilyn Henstock (left) Pam Johnson, David Donathan and Julie Janisch stand in front of a pipe organ at Christ Church United Methodist.

As a boy fascinated by music, Chris Engel was particularly drawn to the pipe organ.

“I was attracted to the technical difficulty, the challenge of playing the organ, of trying to coordinate my hands with my feet,” said Engel, 28.

“It’s powerful — much more powerful than the other instruments,” he added.

He was 17 years old at the time, already skilled on the guitar and taking jazz piano lessons from an instructor who had two organs in his living room.

“I actually said, ‘You ought to teach me how to play that,’” he remembered.

Today Engel is the organist and the music director at Kanawha United Presbyterian Church and the youngest board member of the Kanawha Chapter of the American Guild of Organists.

Chances are, you’ve heard their works — even if you’ve never heard of them.

The group was formed and formally chartered exactly 75 years ago, on Dec, 22, 1944. Since that time it has been responsible for bringing a long list of nationally and internationally renowned organists to the Greater Kanawha Valley, including Virgil Fox, a child prodigy known for wildly popular and flamboyant performances that some said resembled rock concerts; and Marilyn Keiser, once said to be the Jacqueline Kennedy Onassis of the organ world.

The AGO also organized and hosted the long-running Youth Festival and the Summer Orgelfest, a series of high-profile, free organ concerts that recently resumed as a small-but-growing annual event under the umbrella of FestivALL, Charleston’s citywide celebration of the arts.

They’ve also overseen the installation of a number of pipe organs in and around southern West Virginia.

“The one at Canaan [United Methodist Church] is from 1925, and the one in our chapel here is from 1908,” said the Rev. David Donathan, an AGO board member and the minister of music/organist at Christ Church United Methodist.

It was an Andrew Carnegie pipe organ transplanted from Lewisburg.

“They called me and said, ‘Do you know of a church that wants a small pipe organ?’ I said, ‘Well let me come take a look at it.’”

It was a perfect fit.

“It’s neat it has that connection, that Andrew Carnegie was a philanthropist that funded the purchase of pipe organs all across the country. This was one that he purchased for the Greenbrier School for Women, which is now called Carnegie Hall,” he said.

A lot has happened for the AGO since that December day in 1944.

“We are really trying now to think about the future,” said another board member, Julie Janisch.

Their concern is well founded.

An article that ran in the Charleston Gazette back in 1944 listed 25 officers for the newly formed group — more than the total number of members today. It’s not only the decline in population in West Virginia, but the nationwide decline in church attendance in general — where organ music is most often heard — that bears some of the blame, said several members.

By the mid-1990s, the shortage of organists in the Kanawha Valley was so significant that one musician told the Charleston Gazette in 1991, “You’ve got to rob Peter to pay Paul to find a church organist.”

Many of the churches that are growing, said the members, are focused on more modern, nontraditional music that appeals to a younger audience. But tradition still has its place, they said.

The strains of an organ, both reverent and majestic, are heard in countless weddings through pieces like “Jesu, Joy of Man’s Desirings,” by Johann Sebastian Bach.

They’re heard through “Toccata and Fugue in D Minor,” used in the 1962 film adaptation of “The Phantom of the Opera.”

And they’re heard over and over again this time of year through classic hymns like “Silent Night,” “O Come All Ye Faithful” and “It Came Upon a Midnight Clear.”

“What if you go into church here during the Christmas season and there’s no organs? No organs to play the carols, to hear those familiar tunes? What would that be like?” asked board member Pam Johnson.

“Since 1944, fortunately, there have been people in the Valley and that have felt a call to do this.”

The Kanawha Chapter of the American Guild of Organists is open to organists, choir directors, anyone with a passion for promoting music. For more information, follow them on Facebook or contact Pam Johnson at pampianowv@aol.com.

All of the following locations have pipe organs, and most will have services over the holidays. Call for specific times and more information.