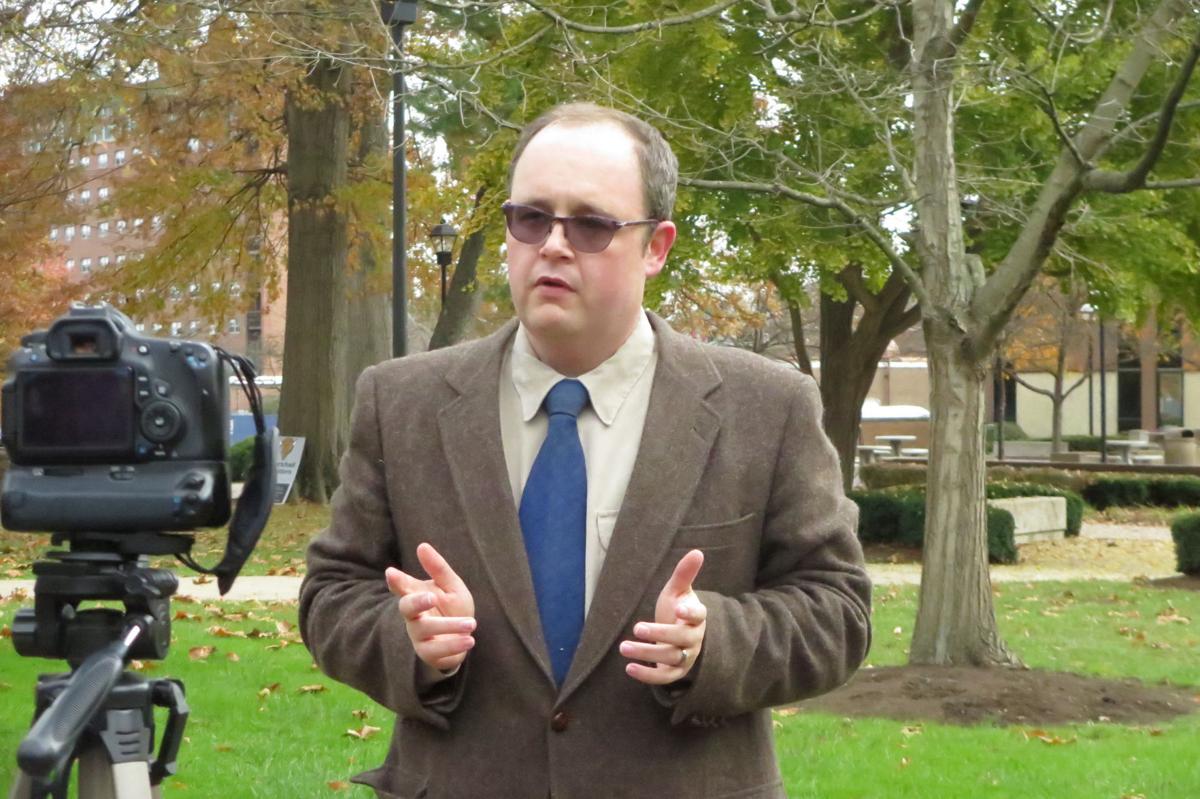 Sean McCracken and his wife, Carrie, aren’t detectives by trade, but they have taken up researching old, unsolved cases and making videos about them as a hobby with the hopes of solving a few mysteries. 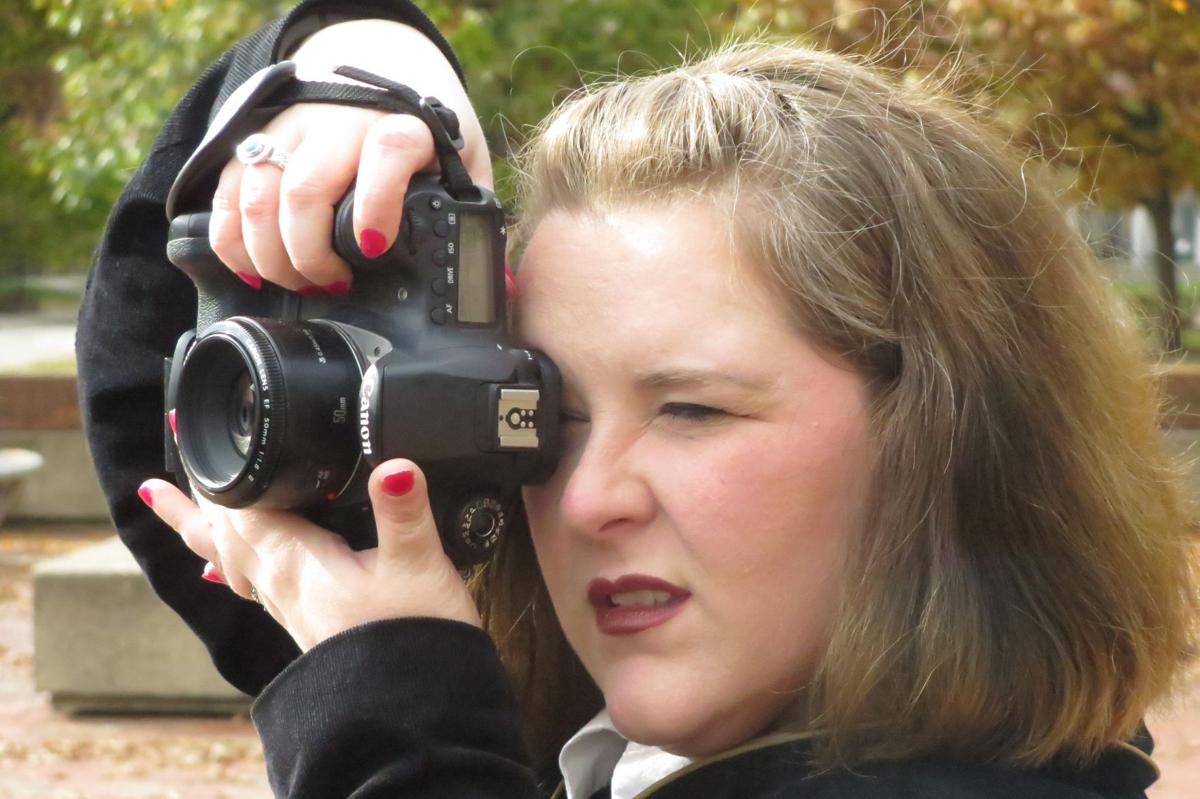 Carrie McCracken and her husband, Sean, started a YouTube channel earlier this year dedicated to looking into stalled or unsolved mysteries in the Mountain State.

Sean McCracken and his wife, Carrie, aren’t detectives by trade, but they have taken up researching old, unsolved cases and making videos about them as a hobby with the hopes of solving a few mysteries.

Carrie McCracken and her husband, Sean, started a YouTube channel earlier this year dedicated to looking into stalled or unsolved mysteries in the Mountain State.

Does anyone know who killed LaRoy Gorman? Thirty-five years ago, the banker was murdered coming out of a restaurant in Charleston. His killer was never found.

“I guess it’s like they say,” Sean McCracken said. “Everybody loves a mystery.”

McCracken and his wife, Carrie, certainly do. Earlier this year, the pair started “Mysterious WV,” an unsolved-mysteries show on YouTube, where they revisit unsolved and cold cases from around the state, retell the stories and present whatever facts they can find.

“Ultimately, we hope to get some of these cases solved,” Carrie said.

Before there was “Mysterious WV,” it was just Sean and Carrie sitting down to watch public-access-style unsolved-mystery shows on YouTube.

There are plenty of them.

Amateur sleuths pick over old crimes, look for missed clues and string together theories about who done it.

“We fell into watching a couple of these shows quite regularly,” Sean said.

“They had a couple that were West Virginia-based, like the Sodder family in Fayetteville,” Carrie added.

In 1945, on Christmas Eve, the Sodders’ house caught fire as the family was sleeping. George and Jennie Sodder escaped the blaze, along with four of the couple’s nine children. The other five were presumed to have died in the fire, but their remains were never discovered, leading some to believe they had been taken.

Repeated investigations never seemed to arrive at a definitive conclusion. Nobody is sure what really happened.

“But that story had been repeated,” she said. “It’s an interesting story, but is technically closed by police standards.”

“Watching these shows, I start noticing a pattern,” Sean said. “As good as they were with the editing and their camerawork, it didn’t seem like they were doing a lot of old-school investigation.”

It was all a lot of armchair detecting. They rehashed theories, used newspaper clippings and video done by others, but they didn’t get their hands dirty. All the work was done from a distance.

“I saw one person who was in California doing a story on something that happened in New Hampshire,” he said. “And as wonderful as technology is, you can’t actually do this kind of thing justice without actually being there.”

The idea of doing their own show just bubbled up.

They’re not professional detectives — not exactly.

Sean works as an insurance adjuster. Carrie is a videographer and graphic designer for the West Virginia Division of Transportation, but they’re both involved in community theater.

“So, we have a dramatic background,” Sean said.

“Sean is a writer,” Carrie added. “He’s written a book in two parts. So he could write for our show.”

Getting started wasn’t that hard. Carrie had a Canon EOS 60D camera to record video.

“And I bought a lapel microphone,” she said, laughing. “That’s about it.”

Carrie also knows her trade. She has editing software, access to a song library and knows where to find free stock footage to use in their videos.

“Mysterious WV” is no joke, however.

And they thought they could do a better job living in West Virginia than in California or Scandinavia. The West Virginia Archives and History Division is a short drive from their home. To do research on an old murder, Sean said, you really couldn’t beat it.

The State Archives are a centrally located repository of information. Copies of newspapers from all over the area dating back to long before West Virginia was a state are kept on microfilm, along with videos saved from television newscasts and other historical documents.

Working outside of the area, most researchers have to rely on what’s available online. Information becomes more and more scarce the farther back you go.

Most of the state’s news organizations don’t offer extensive digital archives online. Converting paperback issues of daily newspapers is time consuming, expensive and of limited interest to most readers.

It’s easier to archive new material as they go and store old issues the same way they’ve always been stored — usually in some small, out-of-the-way room.

Smaller newspapers will sometimes keep the original papers or have copies. Larger newspapers convert their collected stories to microfilm.

To look through the collection, researchers have to get permission and make an appointment to have someone open the room.

Having the State Archive so close to home opened a lot of possibilities for the McCrackens, and it let them do what someone outside of Charleston might not be able to do.

The McCrackens’ first case was a 1983 Jane Doe murder in Wetzel County.

“I used to be in the habit of checking the Doe Network every now and again,” Sean said. “It’s a database of missing people and unidentified bodies.”

The 1983 case seemed like a good first case for them, he said. It was relatively new, which meant it was probably well-covered by area media. It was also in a place that probably looked similar to the way it looked in 1983. The roads would still be the same, and they could get to it.

“So, we looked at the microfiche at the State Archives, read all the possible articles we could find and then planned a trip to go look at the location,” Sean said.

So far, the couple has completed seven stories this year, plus an update on one story.

“We decided early on to go for quality, not quantity,” Sean said.

The response has been good, they said. Some of their episodes have tens of thousands of views. People have watched and commented from around the world.

“YouTube is great about telling you exactly how many people are watching and where they are,” he said.

While they both see the show as an interesting hobby, the overall goal is to do some good.

“We want to get the word out and bring these cases back into the public eye,” Carrie said.

They said they hope it will stir the memories of people who were there when a particular crime happened, or even connect them to people who weren’t around but maybe heard things later.

“Ultimately, we hope to get some of these cases solved,” she said.

“We’re completely nonprofit, even though, yes, some ads appear on YouTube,” he said.

That has nothing to do with them. The site inserts advertisements of its own to make money, though Sean said they’ve earned a little money along the way.

Whatever money they earn, if any, they plan to sink back into the project.

Besides, they said, working as interested amateurs, they have the freedom to choose their own cases, and they wouldn’t want to do anything to sour the relationships they’ve developed with local law enforcement and the State Archives.

If they were somehow trying to get rich on “Mysterious WV,” people might not be as inclined to help them.

“It feels like some doors would close,” he said. “We’ve really had great help. I wouldn’t want to give any of that up.”

The McCrackens are working on their eighth and ninth episodes.

“There are always hours and hours of research,” Sean said.

billiscap, and read his blog at