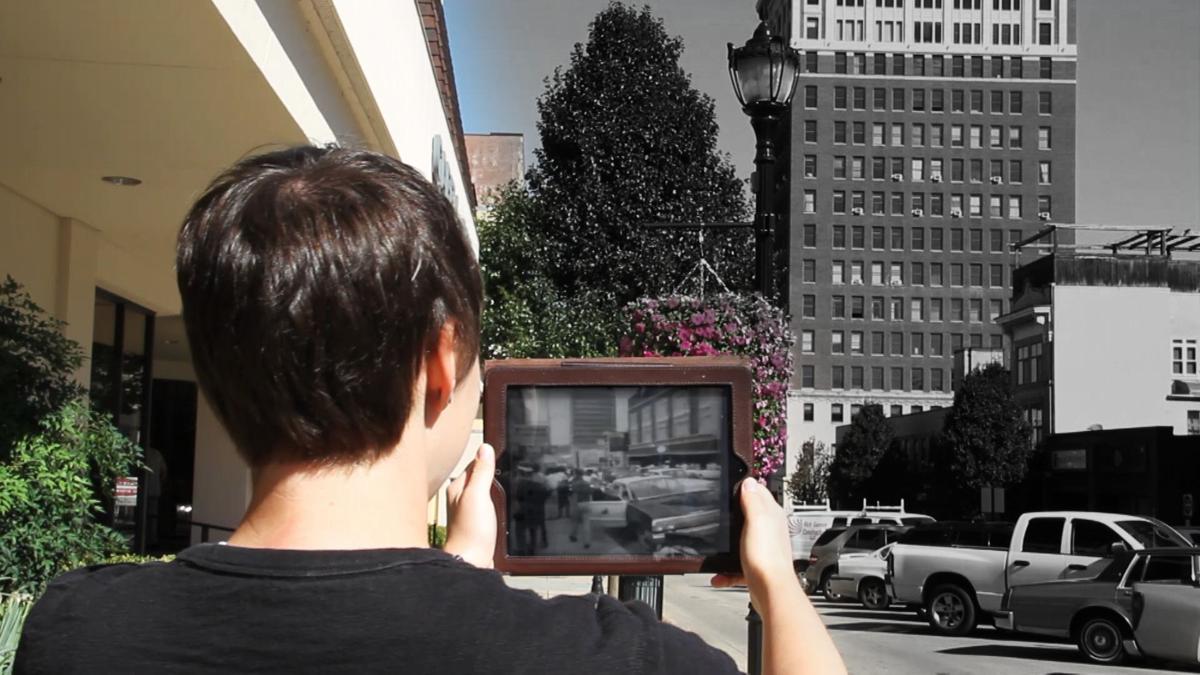 A student looks up on the Clio app the site of the 1963 White Pantry Inn protest in Huntington, which challenged racial discrimination at local eateries. 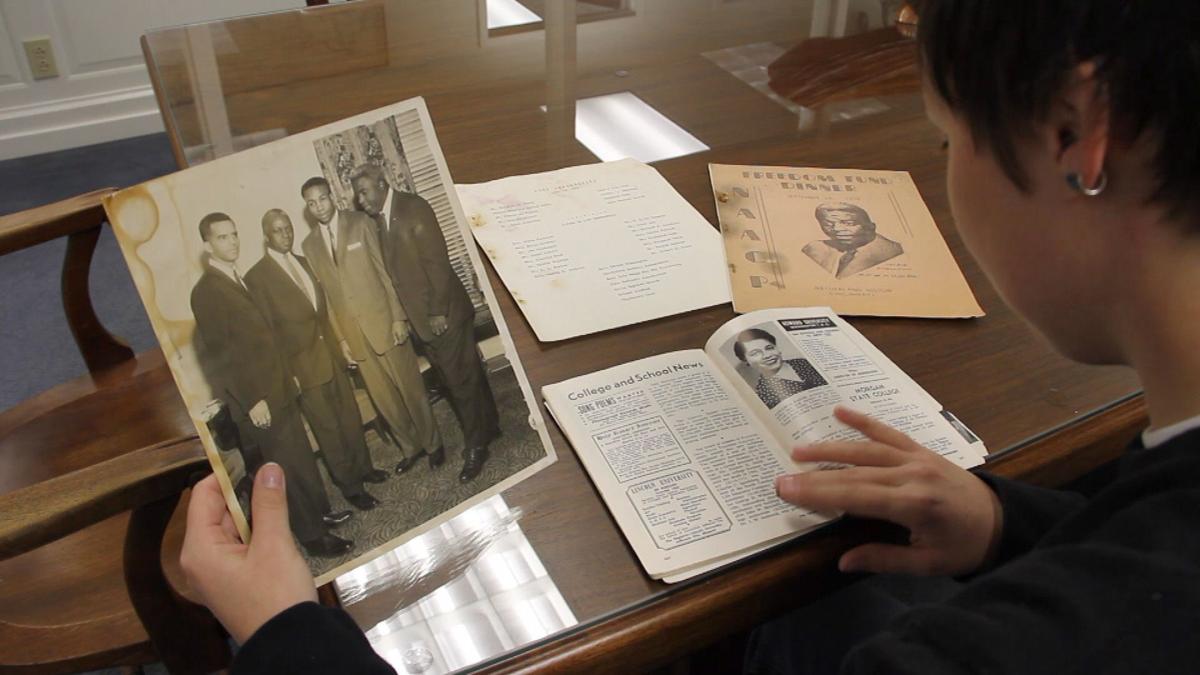 The Clio website and app make use of primary and secondary resources to flesh out and go deeper into local history at nearly 30,000 sites across the country through words, images and videos. 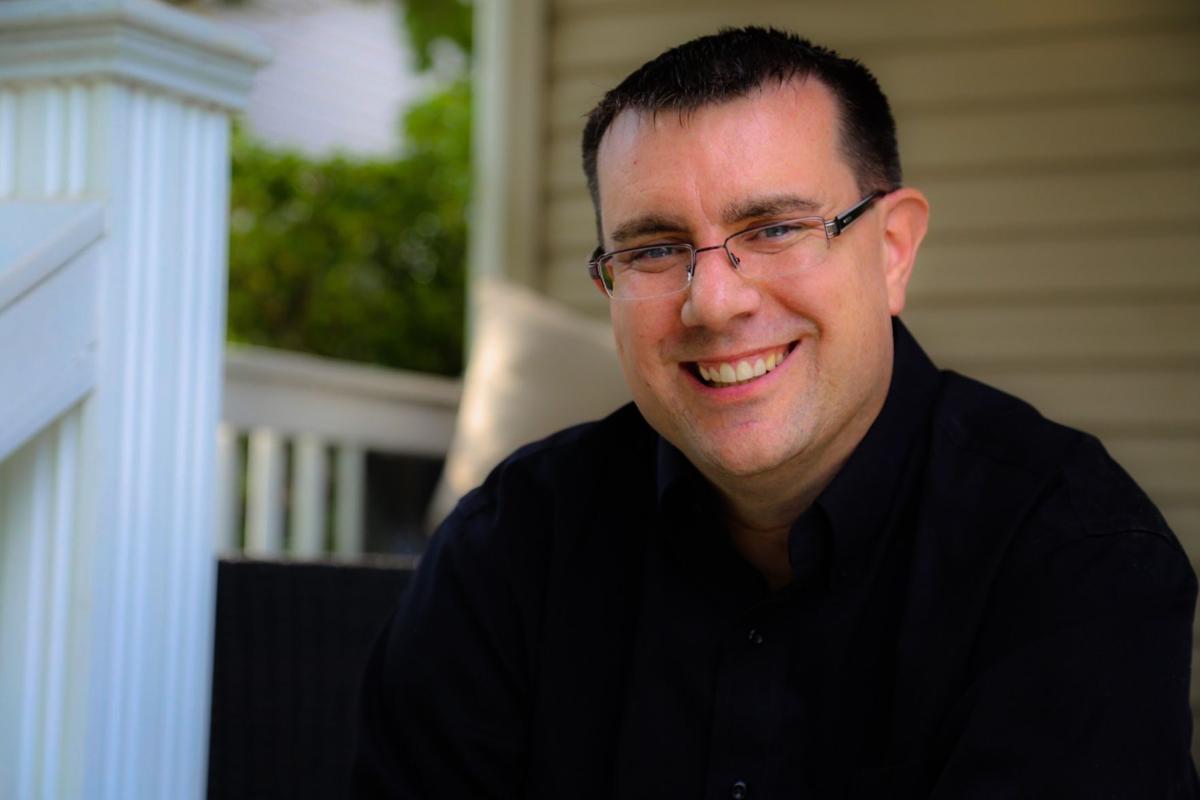 David Trowbridge, associate professor of history and director of African and African-American studies at Marshall University, started Clio as a class project. The website and related app have grown into a nationwide resource for local history sites and walking and driving tours. 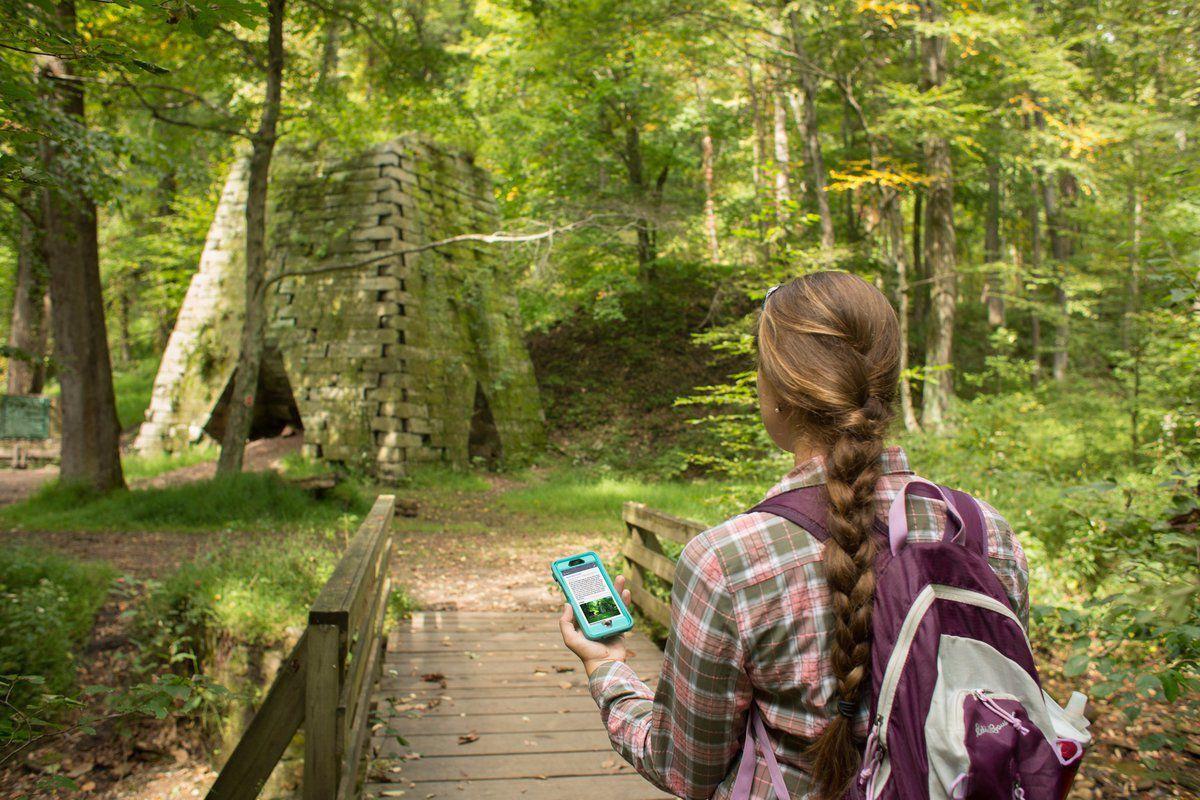 Pamela Curtin, an AmeriCorps member, use the Clio app to look up a historical site while on a walking tour.

A student looks up on the Clio app the site of the 1963 White Pantry Inn protest in Huntington, which challenged racial discrimination at local eateries.

The Clio website and app make use of primary and secondary resources to flesh out and go deeper into local history at nearly 30,000 sites across the country through words, images and videos.

David Trowbridge, associate professor of history and director of African and African-American studies at Marshall University, started Clio as a class project. The website and related app have grown into a nationwide resource for local history sites and walking and driving tours.

Pamela Curtin, an AmeriCorps member, use the Clio app to look up a historical site while on a walking tour.

In Greek mythology, Clio was the goddess or muse of history. Clio is also the name for a website and related app, developed in West Virginia, that — while named for an ancient goddess — is a cutting-edge guide to the history all around you.

The Clio website, based at Marshall University in Huntington, offers histories and guides to nearly 30,000 landmarks, historic markers, museums and cultural sites across America, as well as 250 walking tours, including four African-American history tours in West Virginia.

“There is no business model at all yet, and there’s not going to be. It’s going to be free forever,” he said.

Trowbridge helped develop the app’s content, with a lot of ongoing help from his students and academics, researchers, and historical associations across the country.

In addition to the website — www.theclio.com — Clio is available as an app for download to smartphones at the App Store and Google Play.

“Clio, as it exists now, picks up your location and guides you to historic sites,” Trowbridge said. “Of course, you can browse from any location. You can take a walking tour, and there are also driving tours and heritage trails.”

Given the breadth of its resources, it would be hard in one article to list Clio’s scope and range. But focusing on a single place — West Virginia’s capital city — can paint a portrait of Clio’s range.

Say, for example, you were a visitor to Charleston, or wanted to know more about a building, historic marker or a topic like a locality’s African-American heritage.

A search on Charleston pulls up 259 locations listed on Clio, all within a 25-mile radius. There are histories of everything from Davis Park, the Stone & Thomas building, the Grosscup Road Historic District, Blossom Dairy and the Daniel Boone Hotel, to a look back at the locale of the Charleston house where Fannie Cobb Carter was born in 1872. Carter, known as “Miss Fannie,” was an accomplished African-American educator who served as superintendent of the first Industrial Home for Colored Girls in Huntington.

Clio goes deeper into the history behind the few sentences found on historical markers. Consider, for instance, the marker in Charleston commemorating the historic district known as “The Block.”

The article on the Clio site notes that the 25-acre tract “once served as the residential, social, economic, educational and religious center of the African American population of the city during the era of segregation.” The entry embellishes that history with a longer article, photographs, a video oral history, a walking tour and related resources.

A host of other tours are offered locally, including a tour of the buildings and statues at the state Capitol Complex and a guide to the Seven Sisters — Charleston’s seven surviving pre-Civil War Antebellum houses — and a guide to their architecture.

Among many tours across the region is one featuring the Mountain State’s Civil War battlefields and a West Virginia Women’s History Heritage Trail. There is a guide to the Woodland Indian burial mounds in the area, such as the Criel Mound in South Charleston, along with histories and tours of Helvetia, the Battle of Bulltown and the supposed locale of the Braxton County Monster’s appearance.

“It just shows how rich our history is,” Trowbridge said.

Clio offers insights on local history that otherwise might never be known to a casual passerby or even local residents.

The Charleston search turns up the Capitol Street location and history of the 1964 protests against Sen. Robert C. Byrd’s attempt to filibuster the Civil Rights Act. The entry goes on to note the apology and regret Byrd later expressed for this period in his career, including video of a CNN interview with Byrd about the subject.

Trowbridge, who is also director of Marshall’s African and African American Studies program, said Clio offers a way to flesh out the history of a place with well-researched background and imagery, as well as related articles and resources, if people wish to dig deeper.

He likened Clio to Wikipedia in that the site is crowdsourced by contributors. Unlike Wikipedia and its unsigned articles, the contributors are named at the bottom of entries on Clio.

“We’re trying to create a scholarly version of Wikipedia that invites contributions from community members, but also is really aimed at historical societies and universities,” Trowbridge said.

There are special accounts for institutions and educators who become “gatekeepers” of their Clio submissions, ensuring the submission’s accuracy and updating entries as needed, he said.

“It makes it a lot easier to manage. They’re the gatekeeper, not me, because there’s no way one person can do that.”

Clio is always on the lookout for new contributors to sharpen existing entries and develop new ones, Trowbridge said.

“Local historians can create and improve entries, and that’s really the key,” he said. “People in different communities take ownership of this and share what they know with others.”

Want to make an app?

Clio sprang from a brainstorm Trowbridge pitched to his history students in 2013: “You guys want to make a mobile app?”

He hoped for an app that would instantly provide deeper historic insight and background when people become curious about a historic marker or the history of a building or place.

“What are scholars doing to be able to reach people at those moments of curiosity?” Trowbridge wondered.

As technology is wont to do, the app stopped working at the end of the semester. His students wouldn’t let him abandon the project, he said.

“They pushed me — they said, ‘You cannot let this just die! We worked too hard!’ And they were right,” he said.

Trowbridge poured $10,000 of his own money into the design and development of the app through a Huntington firm, Strictly Business.

“I gave that to the app developer, and I said, ‘Let’s build something and let’s do it right,’” he said.

He has since earned three grants to expand Clio’s scope. These include a $50,000 grant from the Whiting Foundation to add more walking tours nationwide and to build out Clio’s technological underpinning.

Clio is set up as a free service to the public through the nonprofit Clio Foundation. Trowbridge said he is amazed at how the site and app have grown to almost 30,000 entries, “Which is sort of hard to wrap your head around.”

“I try to keep making it more user-friendly,” he said. “A lot of those entries are from local historical societies or from universities and their students. Local historians are also creating them.”

This has led to invaluable history recorded on Clio by people who have a handle on local history that might not be found anywhere else, Trowbridge said.

“Museums and libraries have people that work there that know things,” he said. “The people at local historical societies know things nobody else knows.”

The last thing worth noting about Clio, Trowbridge said, is that in an age in which the phrase “fake news” is bandied about so freely, the Clio project offers vetted and valuable history.

Also, he added, it is worth pointing out that such a nationwide resource had its humble beginnings in West Virginia.

Preservation Virginia, New York University, Boston University, the University of Richmond and many others have used Clio to chronicle the history of their cities, Trowbridge said.

“We can and do build things in West Virginia that are used all around the country,” he said. “I hope people see there is innovation in this state.”