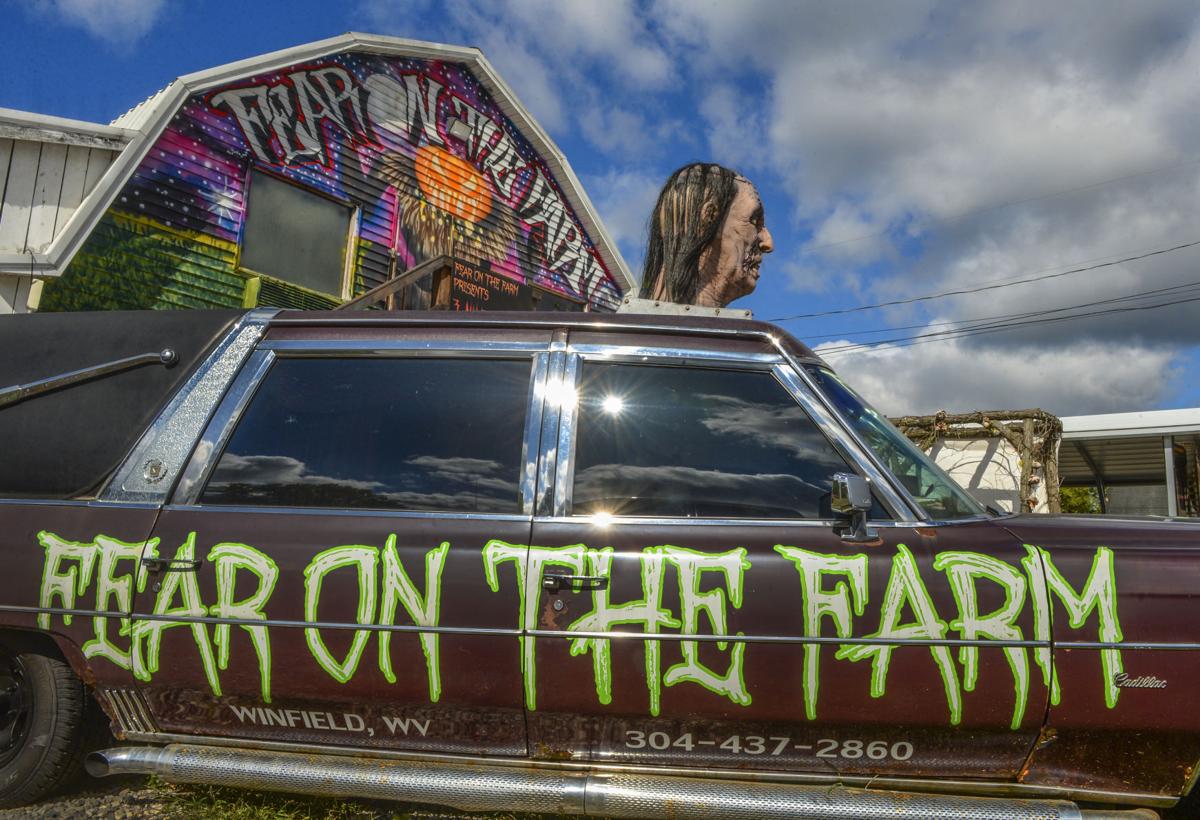 Along with the Haunted Barn Trail at Fear on the Farm in Winfield, the Jordans have several vintage hearses on the property, which are great for a photo or the occasional wedding proposal. 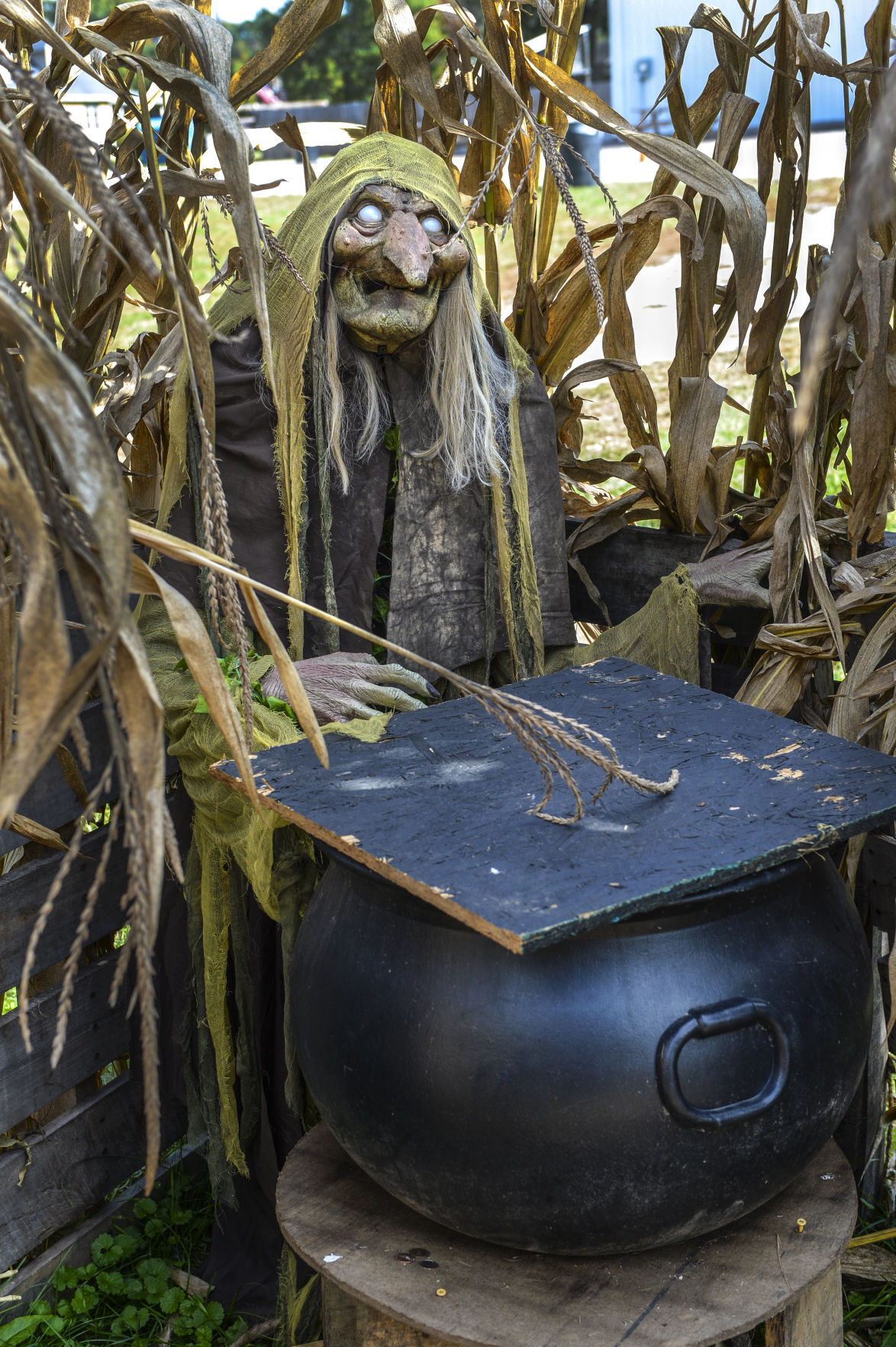 While it’s not the full fright experience that it has been in years past, Fear On The Farm in Winfield still offers plenty of scares with social distancing and safe practices. 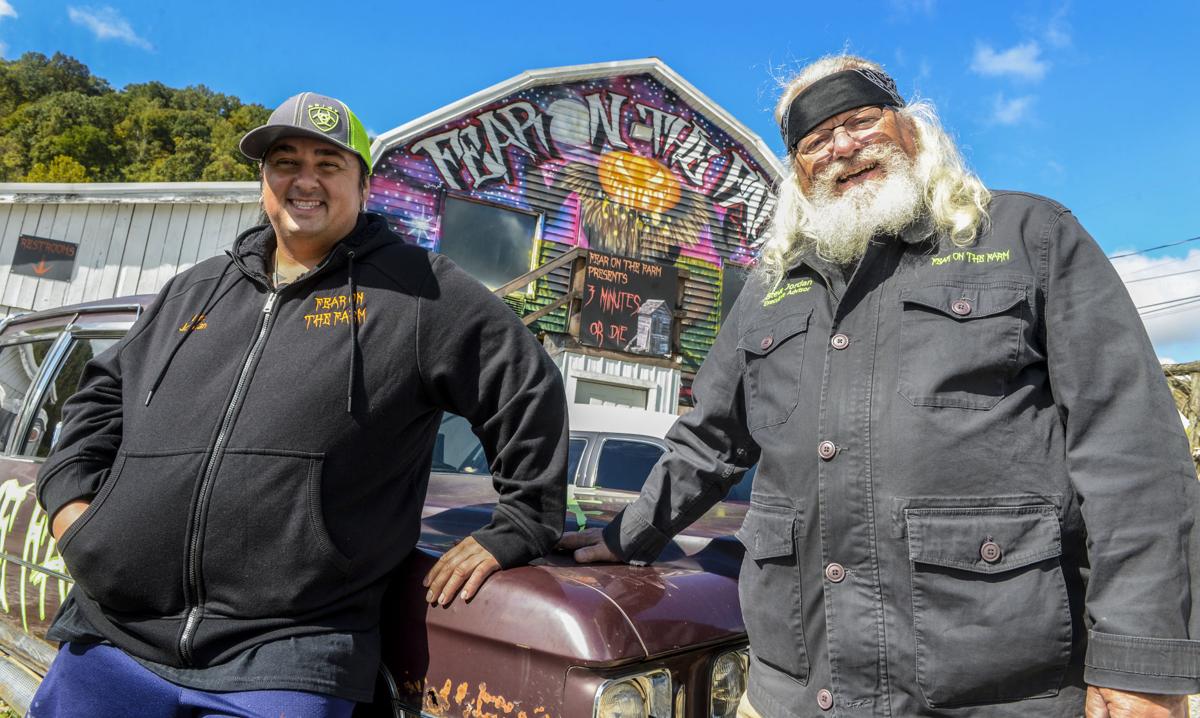 Lee and Steve Jordan are the father and son behind Fear the Farm in Winfield. Halloween attractions like Fear On The Farm are back for the season — with some adjustments. 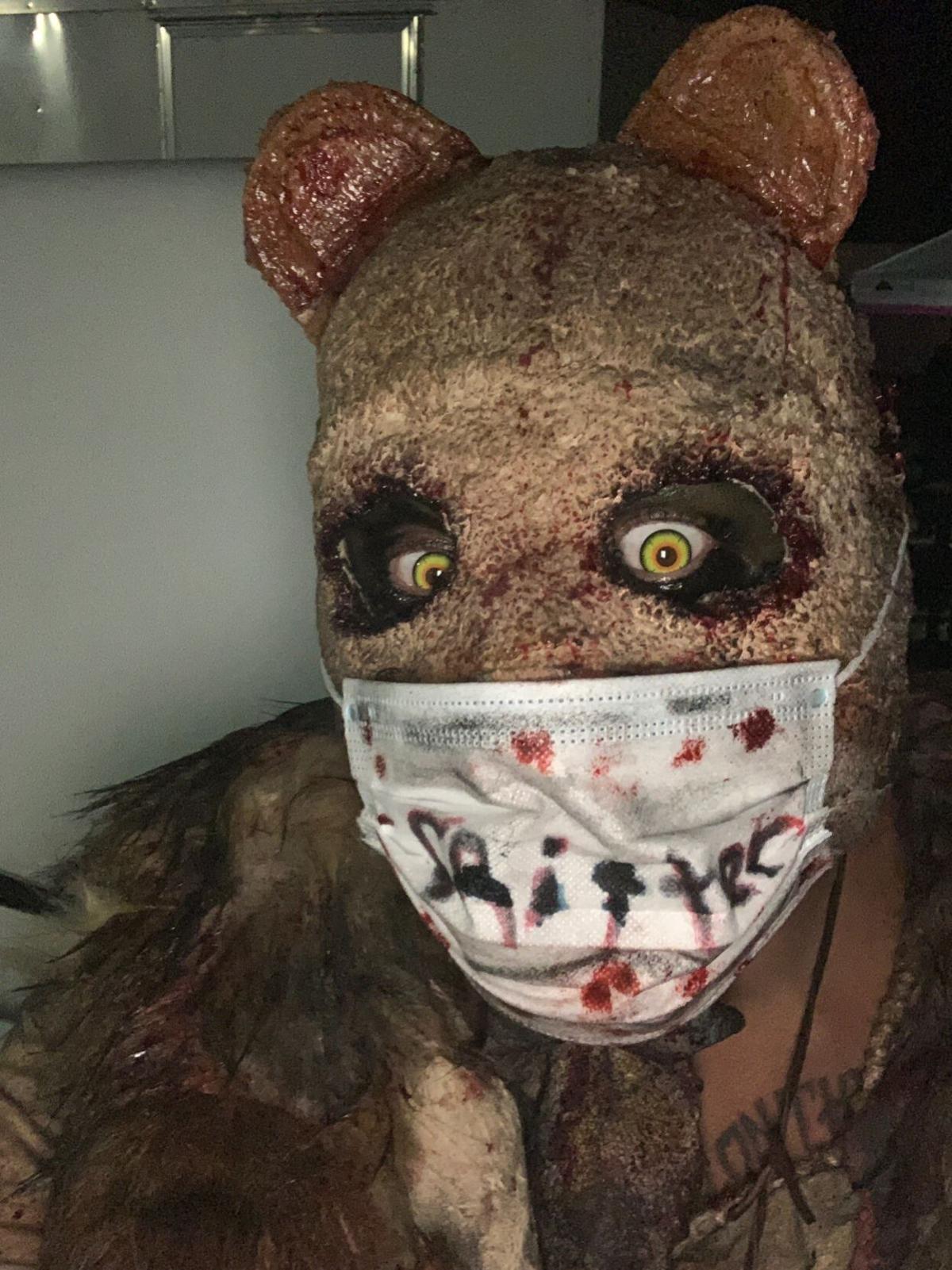 Wear your mask! Fear On The Farm in Winfield is one of several local haunted attractions that have opened for the season.

Along with the Haunted Barn Trail at Fear on the Farm in Winfield, the Jordans have several vintage hearses on the property, which are great for a photo or the occasional wedding proposal.

While it’s not the full fright experience that it has been in years past, Fear On The Farm in Winfield still offers plenty of scares with social distancing and safe practices.

Lee and Steve Jordan are the father and son behind Fear the Farm in Winfield. Halloween attractions like Fear On The Farm are back for the season — with some adjustments.

Wear your mask! Fear On The Farm in Winfield is one of several local haunted attractions that have opened for the season.

WINFIELD — Lee Jordan has been a Halloween and haunted house fan since he was a kid.

“I remember decorating my basement,” Lee said. “I had no budget. I’d use ketchup for blood.”

He made a terrible mess and Lee remembered his dad, Steve Jordan, would hit the roof about the mess.

The memory made Steve wince a little, but Lee, the owner of Lee’s Studio of Dance in Winfield, laughed. He got his father in on the act a long time ago.

Six years ago, Lee opened Fear on the Farm, in Winfield, a spooky seasonal attraction that typically includes elaborate fright scenes, animatronic monsters, and a small army of creepily costumed actors in makeup and masks.

Every year, the “haunt” grew and expanded with the crowds, which some nights snaked from the building into the parking lot. Lee added a gift shop and the attraction continued to grow.

But then COVID-19 happened and everything shut down.

Lee wasn’t sure whether Fear on the Farm would be able to open in the fall, but with restrictions loosening over the summer, it looked like there was a way to keep some of the spooky fun of Halloween going — and then the fire marshal told the Jordans they needed to install a sprinkler system.

“There are rules and authorities,” Lee said. “We’re about following the rules, keeping everybody safe and having a good time.”

They decided to open anyway, though they’d keep their attraction outdoors, which satisfied the issue with the sprinklers and reduced the risk of COVID-19 exposure.

Fear on the Farm began seeing visitors in early September, ahead of most other Halloween attractions.

While the coronavirus canceled fairs, festivals and concerts through the summer, it has had less of an effect on the ghastly getaways of fall.

Fright Nights at Glade Springs Resort in Raleigh County, The Go Go Scare Show in Ripley and The Haunted Majestic in Huntington, among others, are all open for the season or plan to open before Halloween.

“We’re all friends,” Lee said. “We support each other. It’s a tough time. We’re all trying to move forward.”

This year, Fear on the Farm has moved outside the over-sized barn on the property and is entirely outdoors. It’s a haunted trail that goes up the side of the hill, through a small corn maze and past a fenced pasture where a neighbor raises goats.

Lee laughed. The bleating of goats does sort of fit the theme of the season.

The attraction is as packed with as many thrills and scares as Lee can fit into it, while observing the prescribed safety considerations, like social distancing and good sanitation practices.

Leading up to the entry point, there are markers for social distancing. Lee has installed sanitation stations, and everybody wears a mask.

That includes the cast for Fear on the Farm, as well as visitors.

You just can’t go in without a mask on.

So far, Steve said, that hasn’t really been a problem.

“We thought maybe we’d have one or two people who’d want to buck the system,” he said. “But so far, we haven’t had any trouble, really. I think they get it. If you buck the system, you’re just going to get things like this shut down.”

And it was such a long summer with so little to do. People are hungry for something besides another safe night at home, camped out in front of their televisions.

“Next to Christmas, Halloween is the most popular holiday,” Lee said. “Between the trick-or-treating and the costumes for the kids and the scary stuff, it’s just a lot of fun.”

Crowds have been steady with people from all over the region coming in to take the trek up the trail or calling to make sure that they’re open.

“I told her the kids could do the trail, but that maybe she shouldn’t,” he said.

Making Fear on the Farm work during the pandemic takes extra work. Lee said he polices the line getting onto the trail to make sure people are keeping socially distanced or staying within the groups they arrived with.

Visitors on the trail are staggered — some in groups and some alone.

“But if you come alone, you’re getting the scare full barrel,” Lee laughed.

Groups that arrived together can go up the hill together and can help each other down.

An outdoor haunt isn’t ideal for Fear on the Farm. Like any other outdoor entertainment, it’s prone to weather. The attraction is also smaller. Some of Lee’s best effects are just too cumbersome, complicated or heavy to bring outside, forcing him to rely more on his performers. There aren’t as many working for him this year, but Lee said he got the best of who was available.

This year’s crew is dedicated, he said, adding that Halloween haunted houses tend to attract certain kinds of people to work in them — including, now, a buddy who will never — ever — leave.

“We had a friend who really loved the scary stuff, but he wasn’t well,” Lee said. “When he died, he said he wanted his ashes to be part of the attraction.”

The man’s remains are built into a piece of the indoor set.

Lee said they were grateful for all the community support. It’s not just locals showing up to spend money on the attraction, but people want them to succeed.

For example, Lee said the fodder shock — dried husks — used for his corn maze was donated by Gritt’s Farm, just up the road.

“I called them. They brought a truckload of it down on a flatbed truck,” he said.

They’re trying to give back, too.

On Oct. 25, Fear on the Farm is hosting free Trunk or Treat with Adventure Academy and Daycare in Winfield.

“Abbie Fisher at Adventure Academy really deserves a lot of credit for this,” Lee said. “She wanted to do something fun for the kids.”

Jordan said he and the staff at Fear on the Farm are doing the best they can. While he was fairly happy with what they’ve come up with for their Haunted Barn Trail, he was looking forward to (hopefully) a more normal year next year.

“We’ve just got to keep moving,” he said.

Fear On The Farm

WHEN: 7 p.m. to 12 a.m. Friday and Saturdays through Halloween