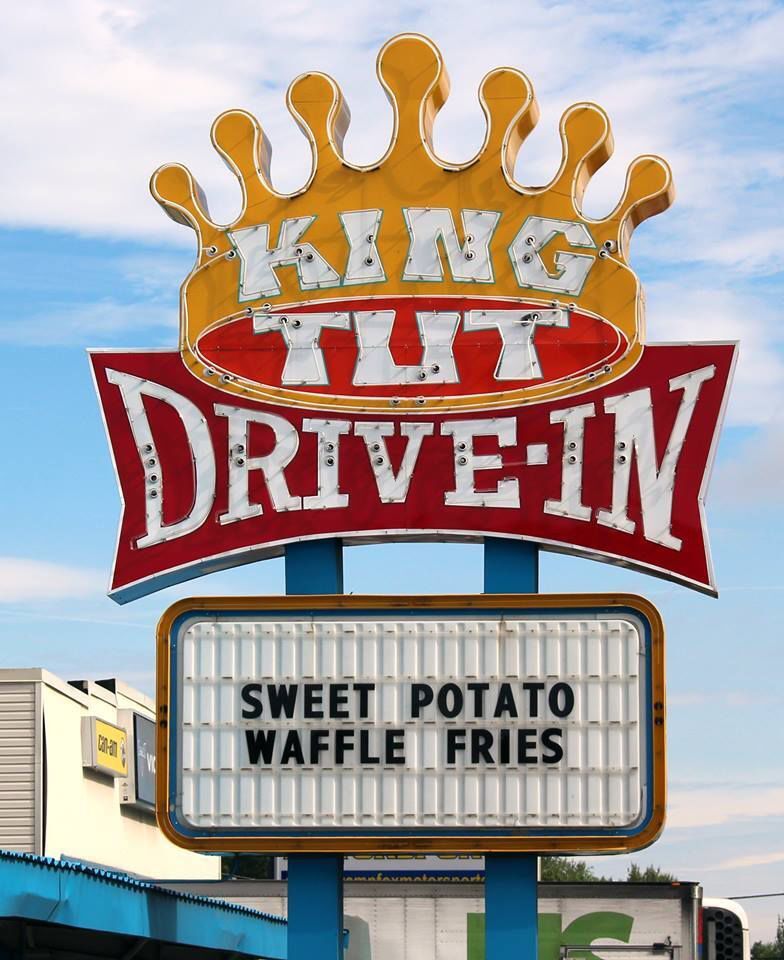 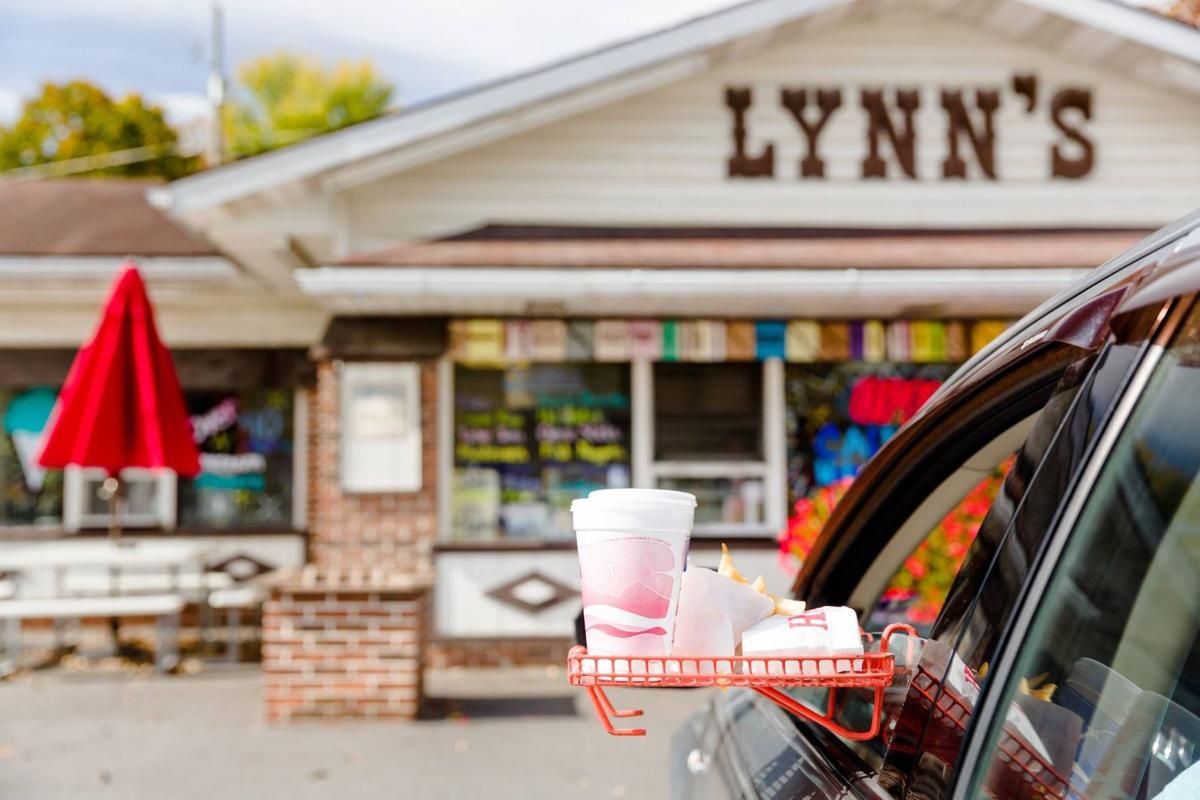 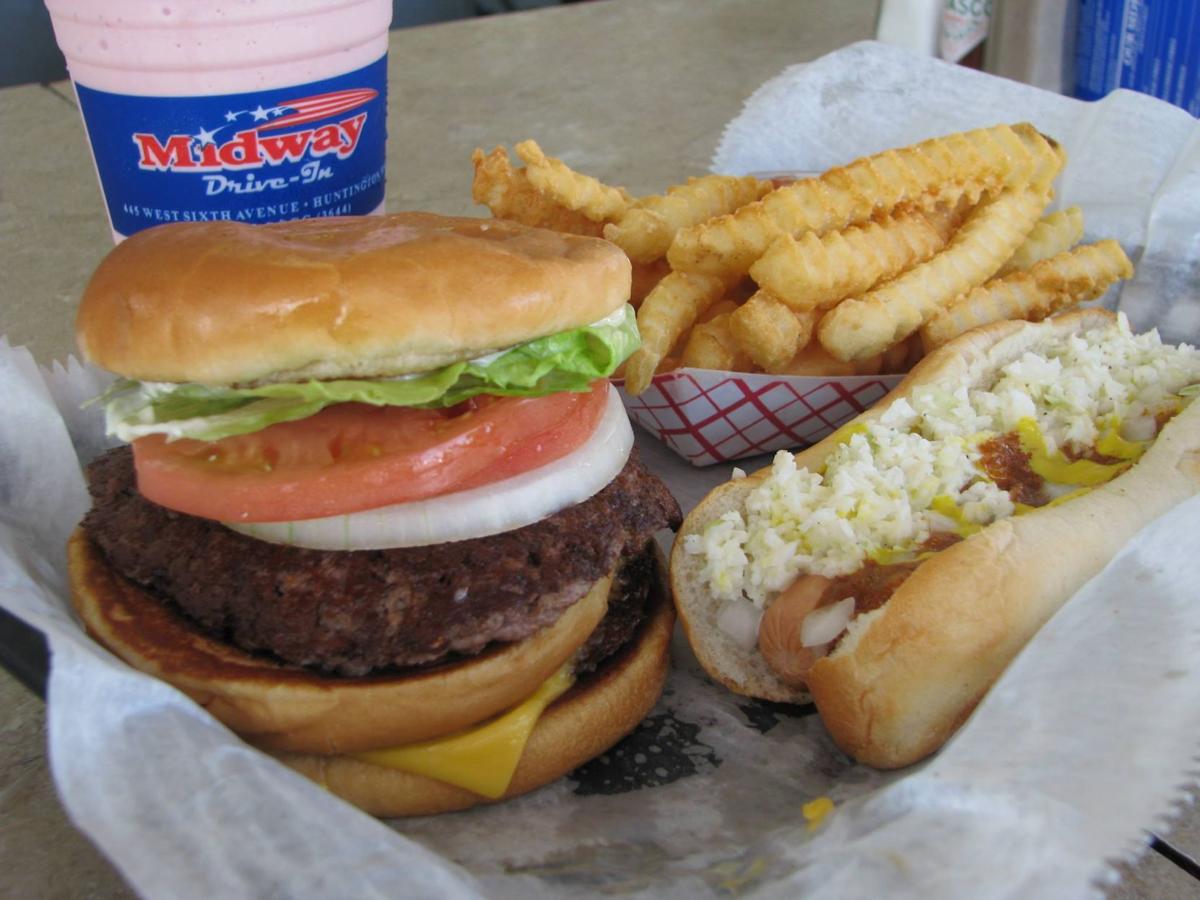 Food at Midway Drive-In in Huntington. 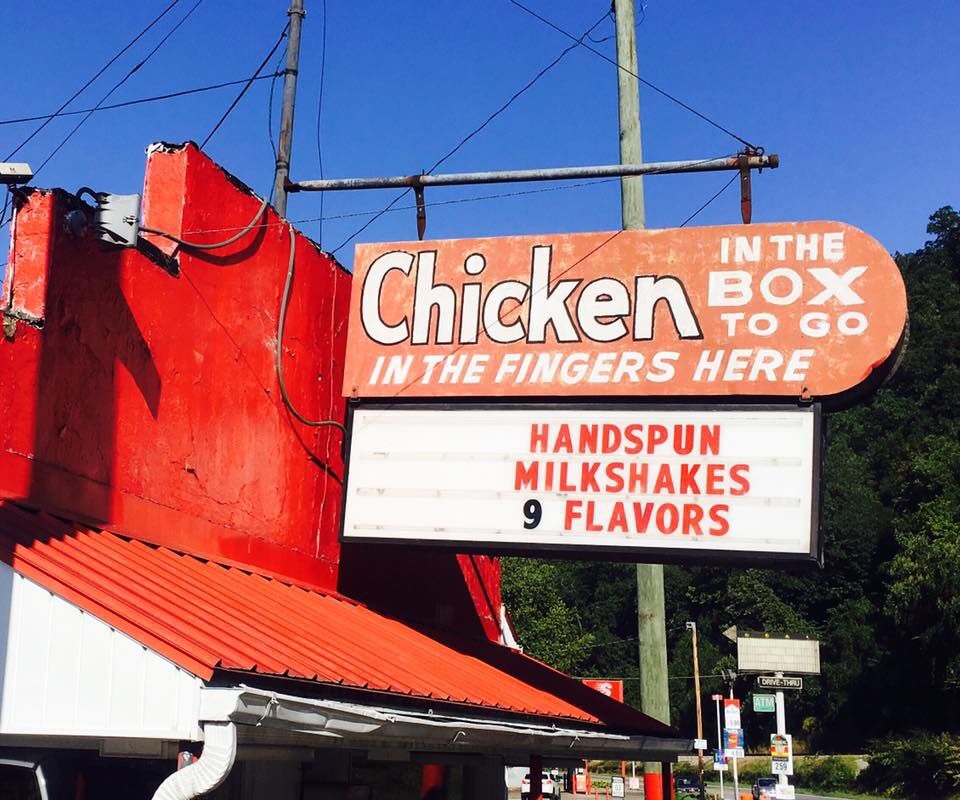 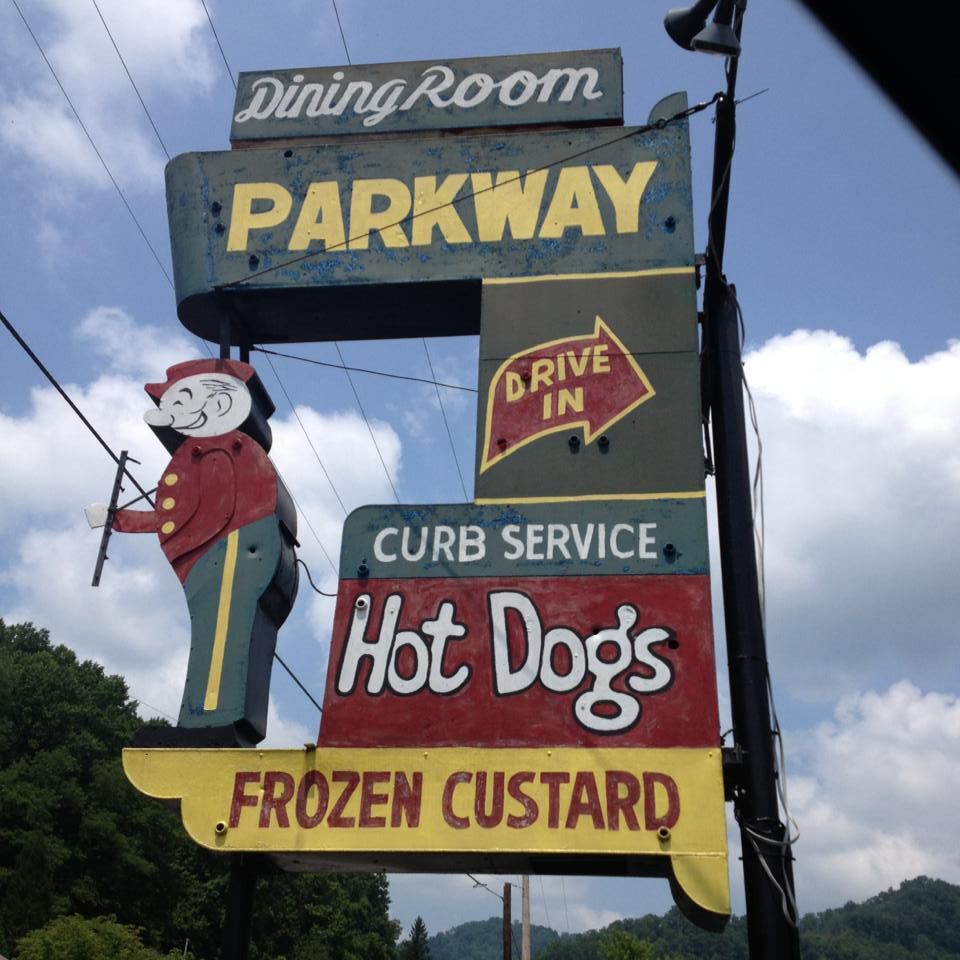 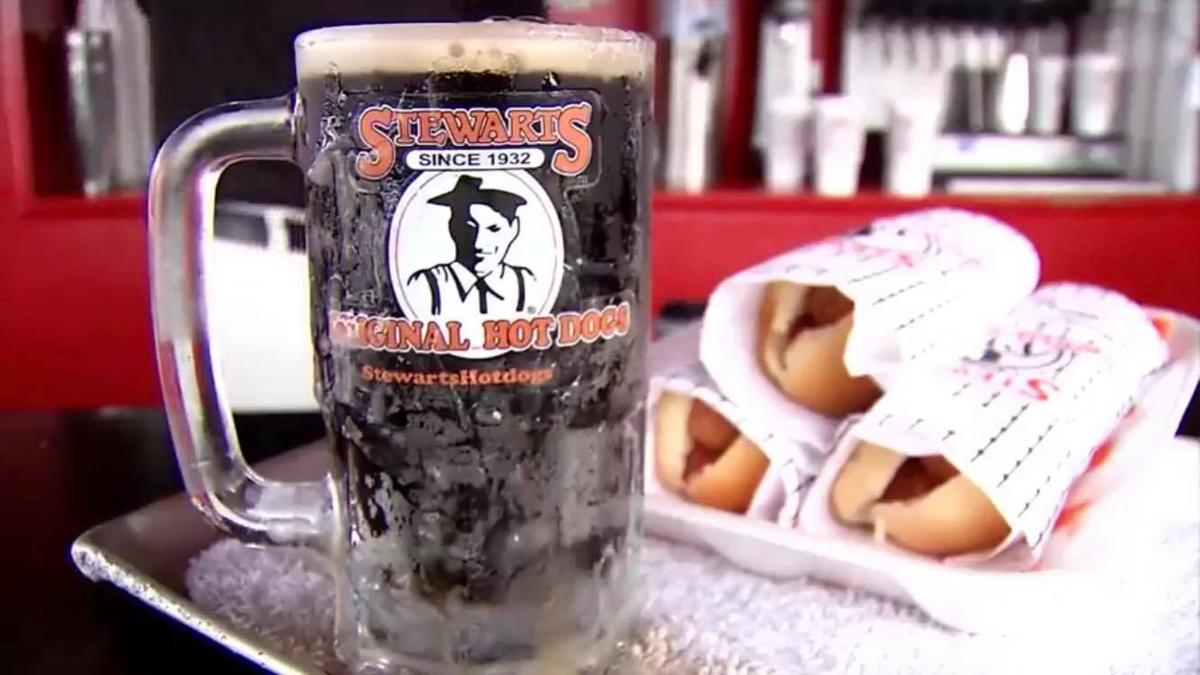 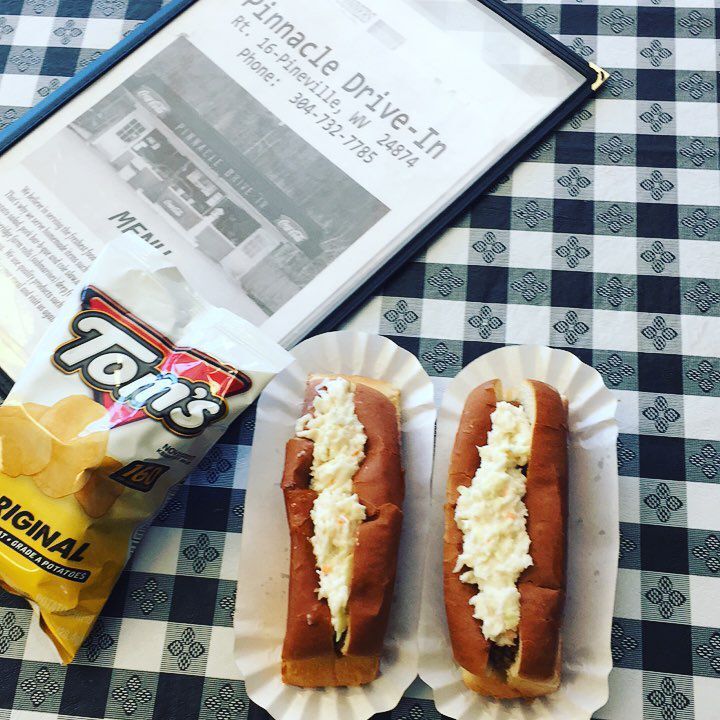 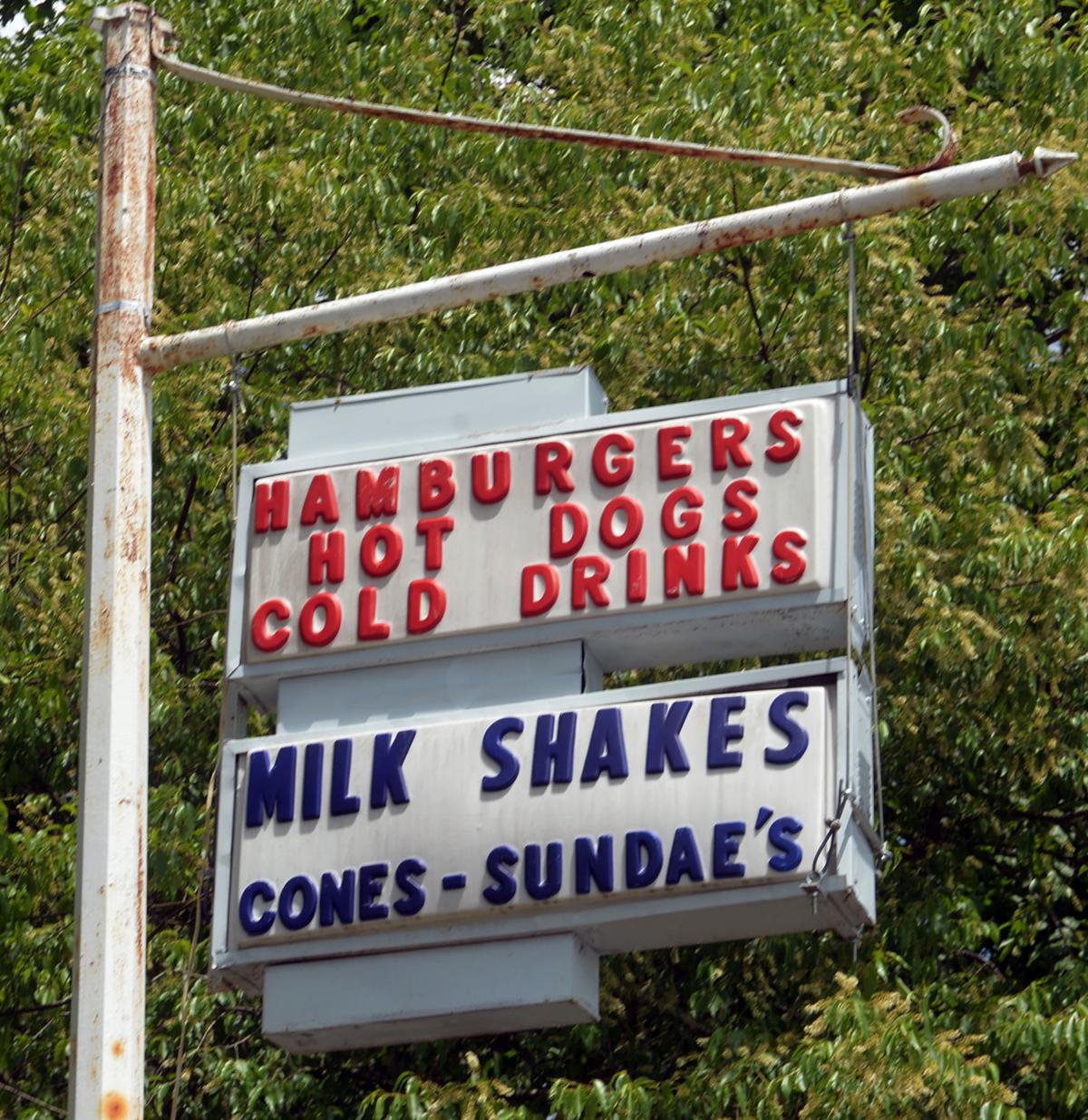 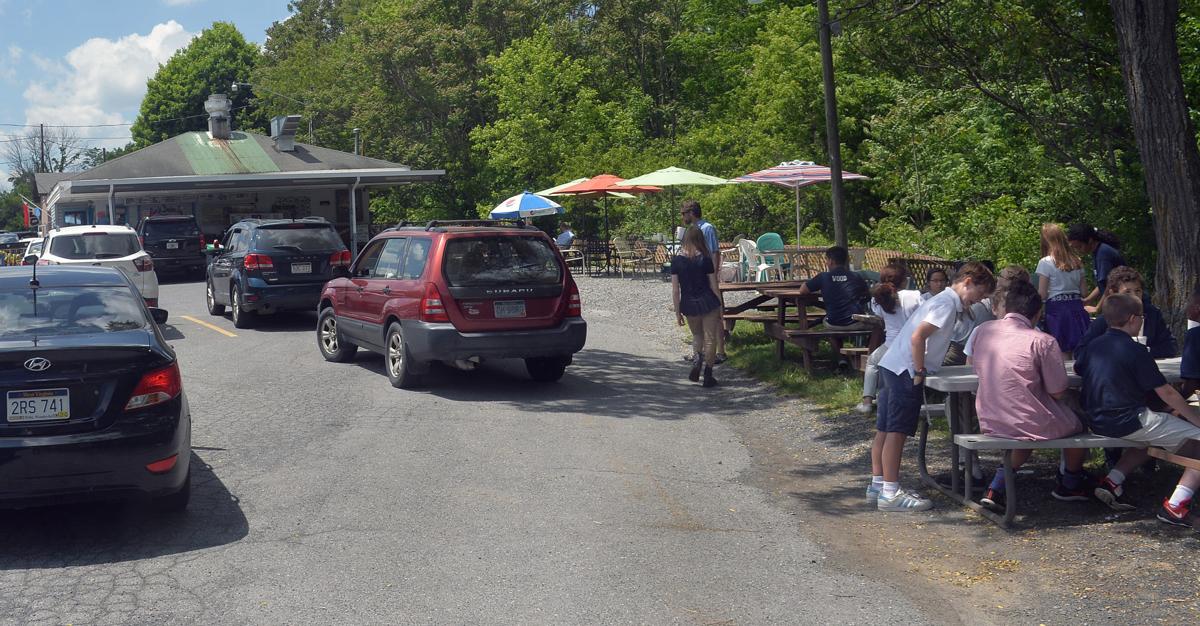 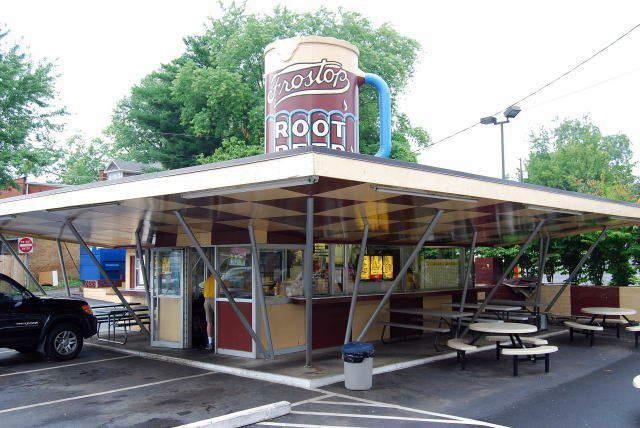 Food at Midway Drive-In in Huntington.

The rise of personal freedom in the early part of the 20th century, an automobile in front of every house and road going everywhere, brought about the roadside attraction and the culinary curiosity of the drive-in restaurant.

Customers no longer had to hop out of the car to order a hot dog or hamburger, but simply pulled up and waited for curbside service.

Not many drive-in restaurants remain in the Mountain State, but the few that do pride themselves on being family-run and a “drive back in time.”

The hot dog is still the king, but each has their own tradition or twist which makes their stand unique.

Originally opened in the 1940s and incorporated in 1951, Jim’s Drive-In is family-run and located less than a mile outside of downtown historic Lewisburg.

Current owner, Kathy Massie, purchased the restaurant in 2001 after working as a waitress at Jim’s in 1969. She now runs the restaurant with her two daughters, Lynn and Elizabeth.

Servers and cooks who are not in the bloodline soon become like family at Jim’s, Lynn said.

Many menu items have been added over the years, but Jim’s has kept its curbside service and family-friendly atmosphere, along with its hot dog and barbecue recipes.

“The tradition of Jim’s is you get your burger or sandwich wrapped in white sandwich paper, with a pickle on top,” said Lynn.

Midway Drive-In has been a staple in Huntington since 1939.

The drive-in is known for its peanut butter milkshakes and slaw dogs, which, like the West Virginia dog, is slathered in sauce, mustard, onions and cole slaw.

“Everything is fresh that we serve,” said co-owner Cory Hutchinson. “Our barbecues and our burgers are always cooked fresh, never frozen. We just have great food, great customers and a great customer base. That’s what makes Midway really special.”

Hutchinson and his business partner, Bill Gihz, reopened Midway two years after the restaurant closed in 2006.

“This is a Huntington landmark, an icon,” Hutchinson said. “Everyone knows about the Midway Drive-In. We added some things to the menu but we have the same hot dog sauce recipe. We did not want to change that or take that away from Huntington.”

Topped with a rotating oversized root beer mug, Huntington’s Frostop was originally part of the brand’s national chain when it opened in 1959.

Featuring homemade root beer, the drink is often served in a frosty mug with ice cream.

“Our slogan is ‘Huntington’s Best root beer,’ ” said Marilyn Murdock, who co-owns the restaurant with her sister, Bing Murphy.

Murphy and Murdock’s father and uncle opened the franchise, and the sisters were eager to continue in their family’s footsteps.

“It’s like a legacy,” Murdock said. “My parents were hard workers and I guess we followed suit.”

Among King Tut Drive-In’s most popular menu items are its pan-fried chicken livers.

“We have a bunch of liver lovers,” said manager Diana Hamilton.

Opened in 1940s, the drive-in is a landmark in Beckley and “like a drive back in time,” according to Hamilton.

The restaurant has been owned by the McKay family since 1955, and maintains its curbside service even in the cold weather.

A sign at Lynn’s Drive Inn in Bluefield declares its location “ATV friendly.” It’s not far from the Hatfield-McCoy Trails.

Kara Lucado grew up in the restaurant, which opened in 1950. Her parents, Buck and Bernice Lucado, purchased Lynn’s Drive Inn when she was 2.

“It’s kind of a staple,” Lucado said. “People who move away, when they come visit, this is kind of like their home. They’ve been eating here since they were children.”

The drive-in is famous for its more than 40 flavors of soft-serve ice cream.

“We order the base vanilla and chocolate and then we mix it ourselves,” Kara said.

As far as the food, Lynn’s pepper steak hoagie and footlong hot dog are its most popular menu items, she said.

Logan’s Parkway Drive-In has been around since the 1930s and is known for its hot dogs, ice cream and barbecue.

The restaurant is a mainstay in Logan, and aside from adding more items to the menu, little has changed.

“It’s like an old drive-in, dine in and dine out,” said manager Debbie Brown.

Milkshakes and onion rings are other favorites at the restaurant.

Morrison’s Drive Inn opened in 1946 and considers itself a true “drive-in,” since it has no seating.

Regular customers know to order ahead.

“We get a lot of reunions,” said secretary Loletta Evans. “They get Morrison’s Drive Inn when they come in and they hit ’em before they go back.”

Stewart’s Original Hot Dogs in Huntington opened in 1932 as part of an Ohio-based chain, with only root beer and popcorn.

“The first day, our total sales were just 50 cents,” said John Mandt Jr., who is the fourth generation in his family to run the bright orange-colored stand. “Root beer and popcorn were not going to pay the bills. So, the second year, my great grandmother developed the hot dog sauce recipe.”

Since 2003, Stewart’s hot dogs have been shipped all over the country and around the globe.

“We’ve shipped more than 7,000 orders and we have been to all 50 states and we’ve also been to Italy, Germany, South Korea and Iraq,” Mandt said.

Mandt is now raising his own kids to run the family business, which still provides the same curbside service and sauce recipe after more than 80 years.

“When people order from us, they’re getting a taste of home and they are biting into memories of when they lived here and they were with their parents and grandparents,” Mandt said.

“She left it to me in her will,” Graham said. “We were good friends for a lot of years.”

Graham grew up in Pineville and has memories of spending time in the drive-in as a young man.

Pinnacle opened in 1954 and has maintained curbside service since.

The restaurant is known for its subs and hot dogs, but Graham claims the ground turkey sub, served deep fried with cranberry sauce, is an absolute favorite among regular customers.

6 steps to a truly outstanding get-together

Looking for a more meaningful career? Educators are needed

How to stay connected when severe weather strikes