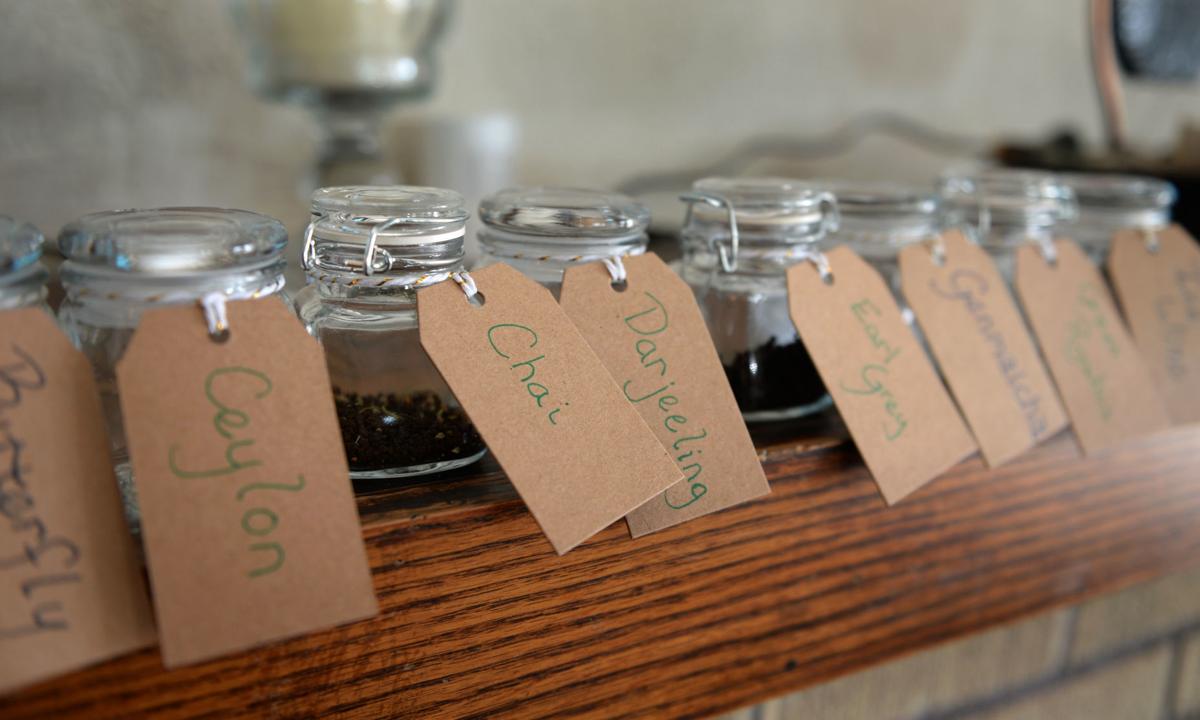 Samples of Appalachian Tea’s offerings line the mantle so patrons can whiff which ones they’d like to have brewed. 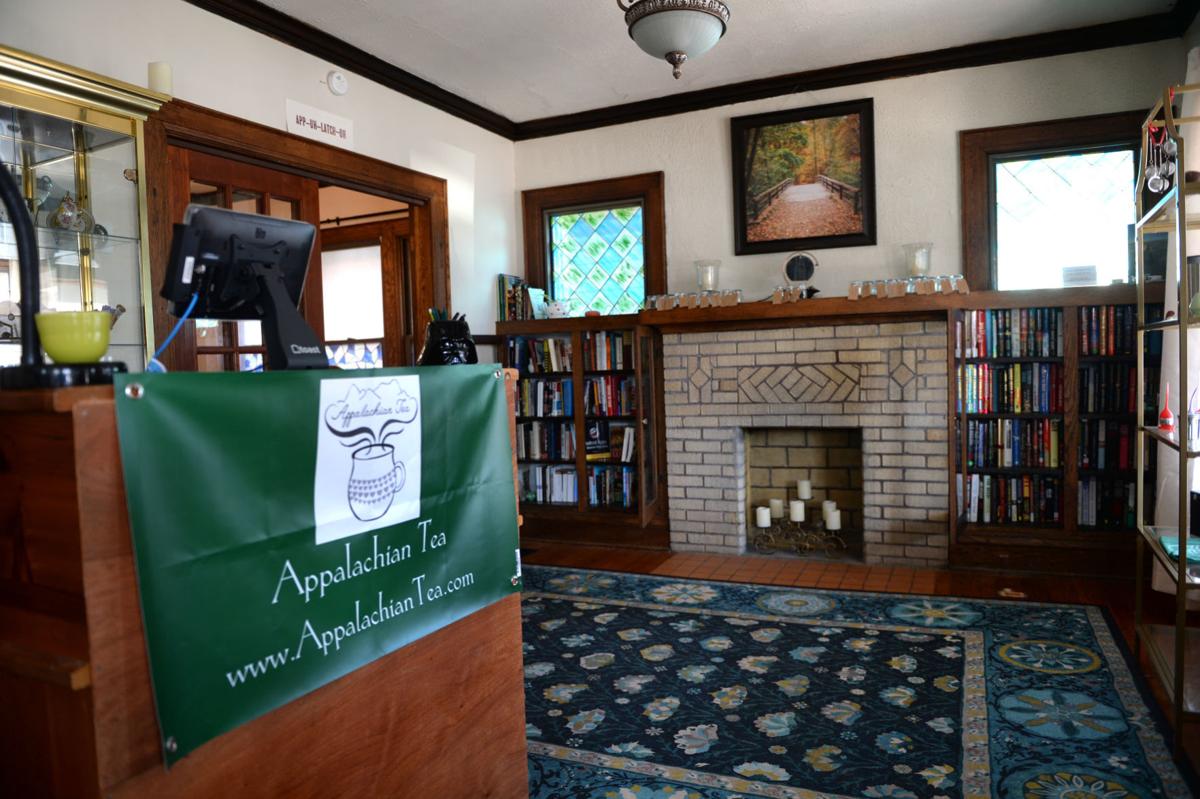 The entryway of Appalachian Tea, at 613 Ohio Ave., on Charleston’s West Side. The used books are available for purchase, with half of the profits going to the Kanawha County Public Library. 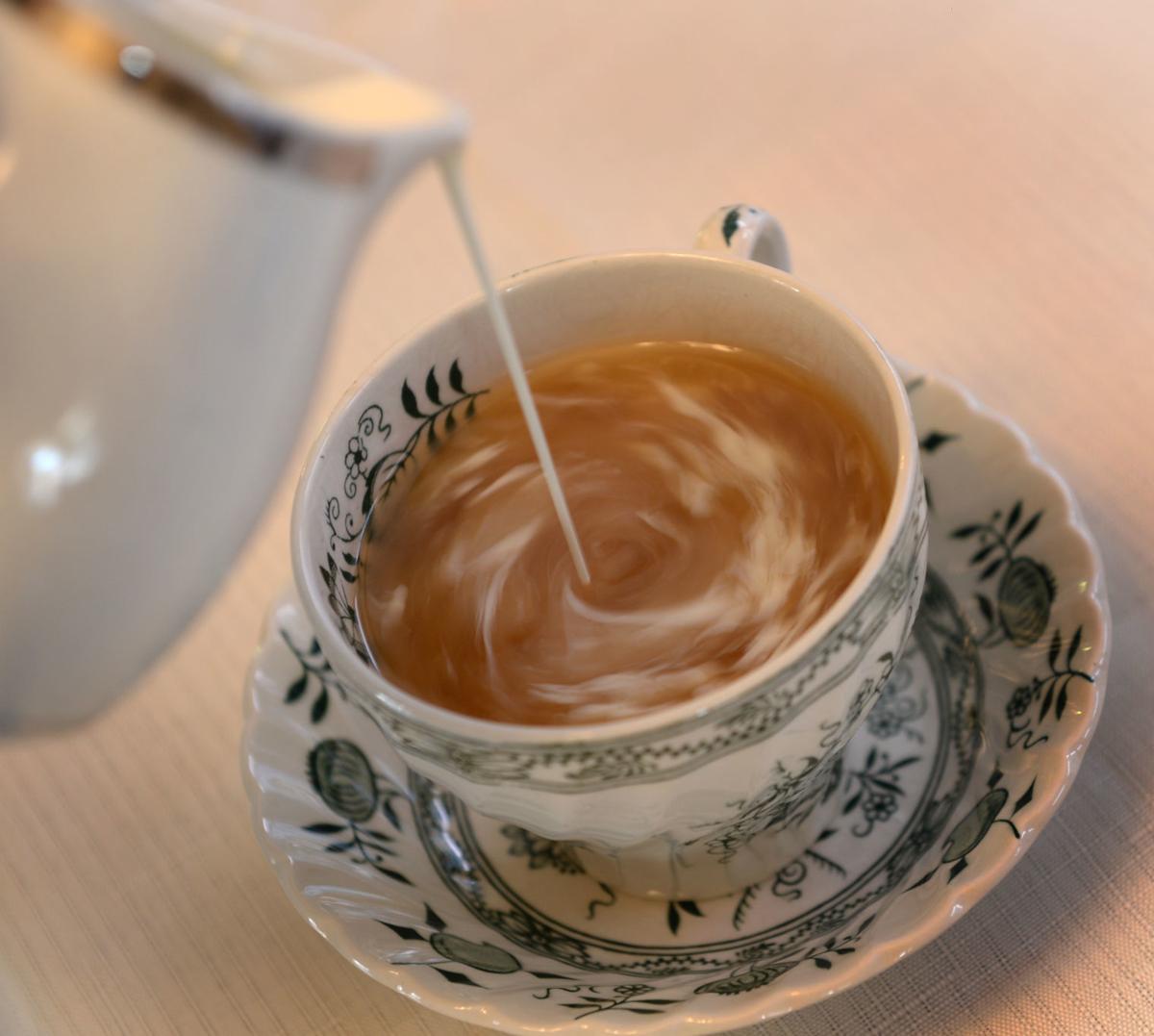 Cream is poured into a cup of tea at Appalachian Tea on Charleston’s West Side. 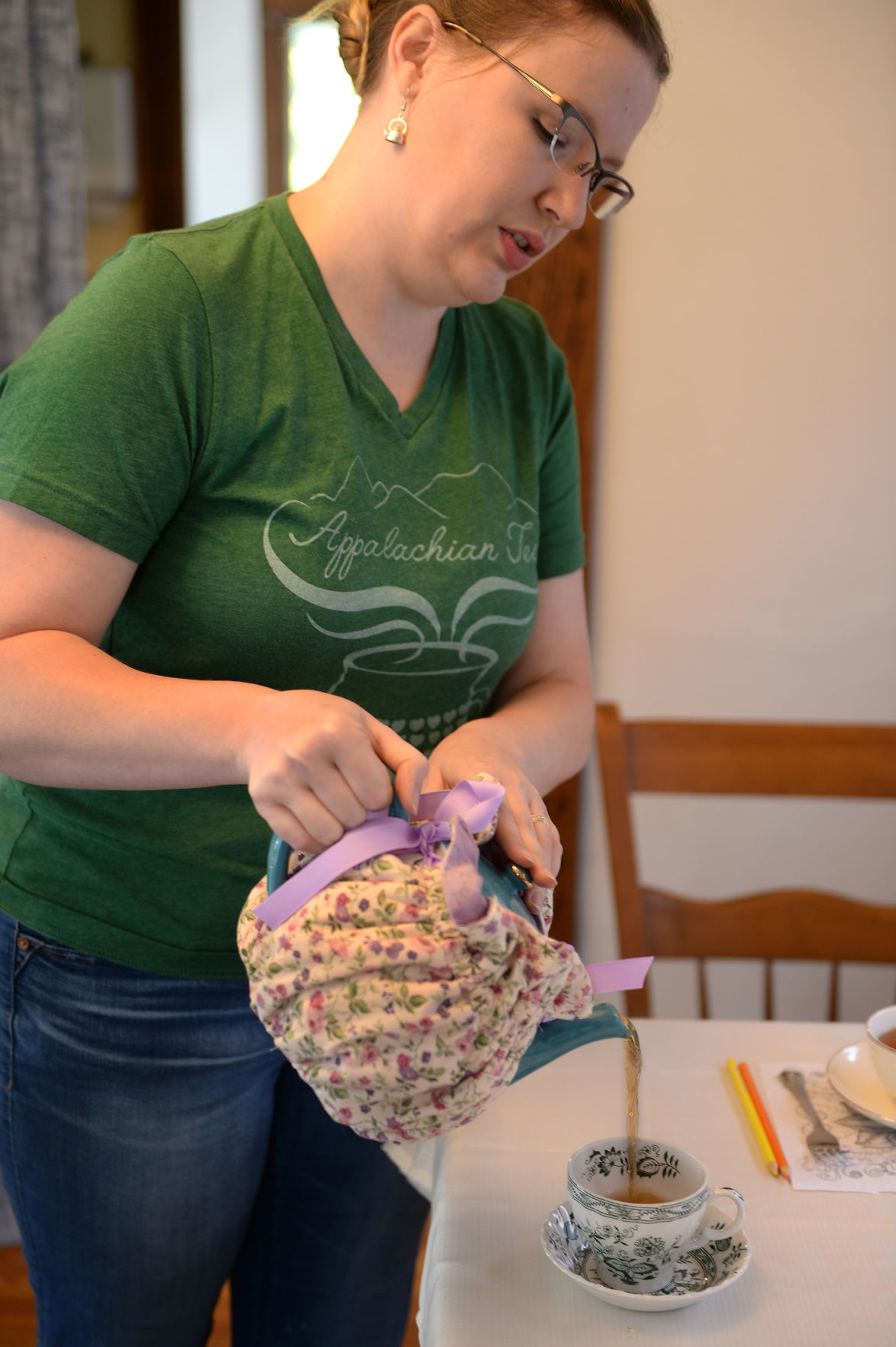 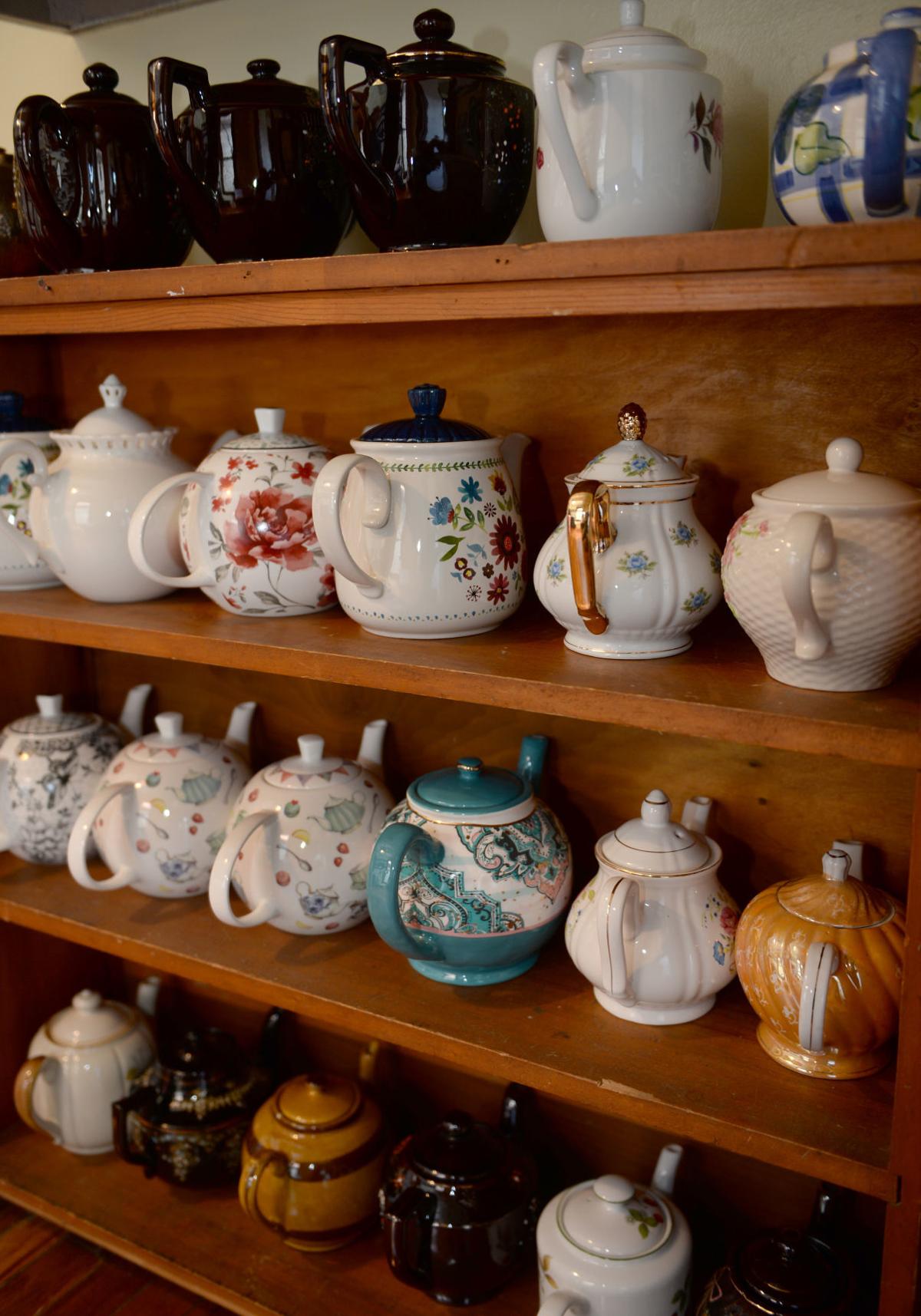 Tea pots line the shelves at Appalachian Tea on Charleston’s West Side. 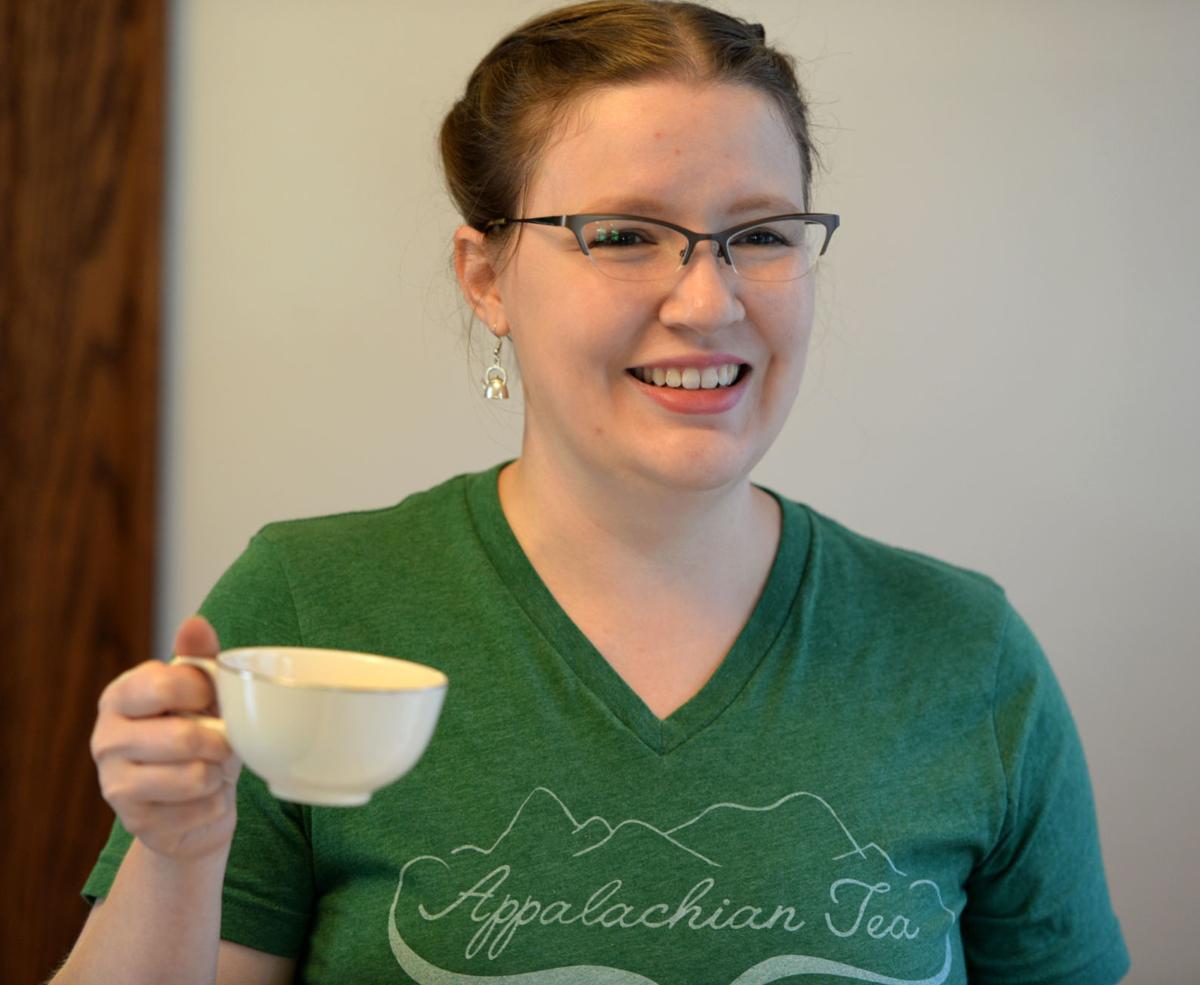 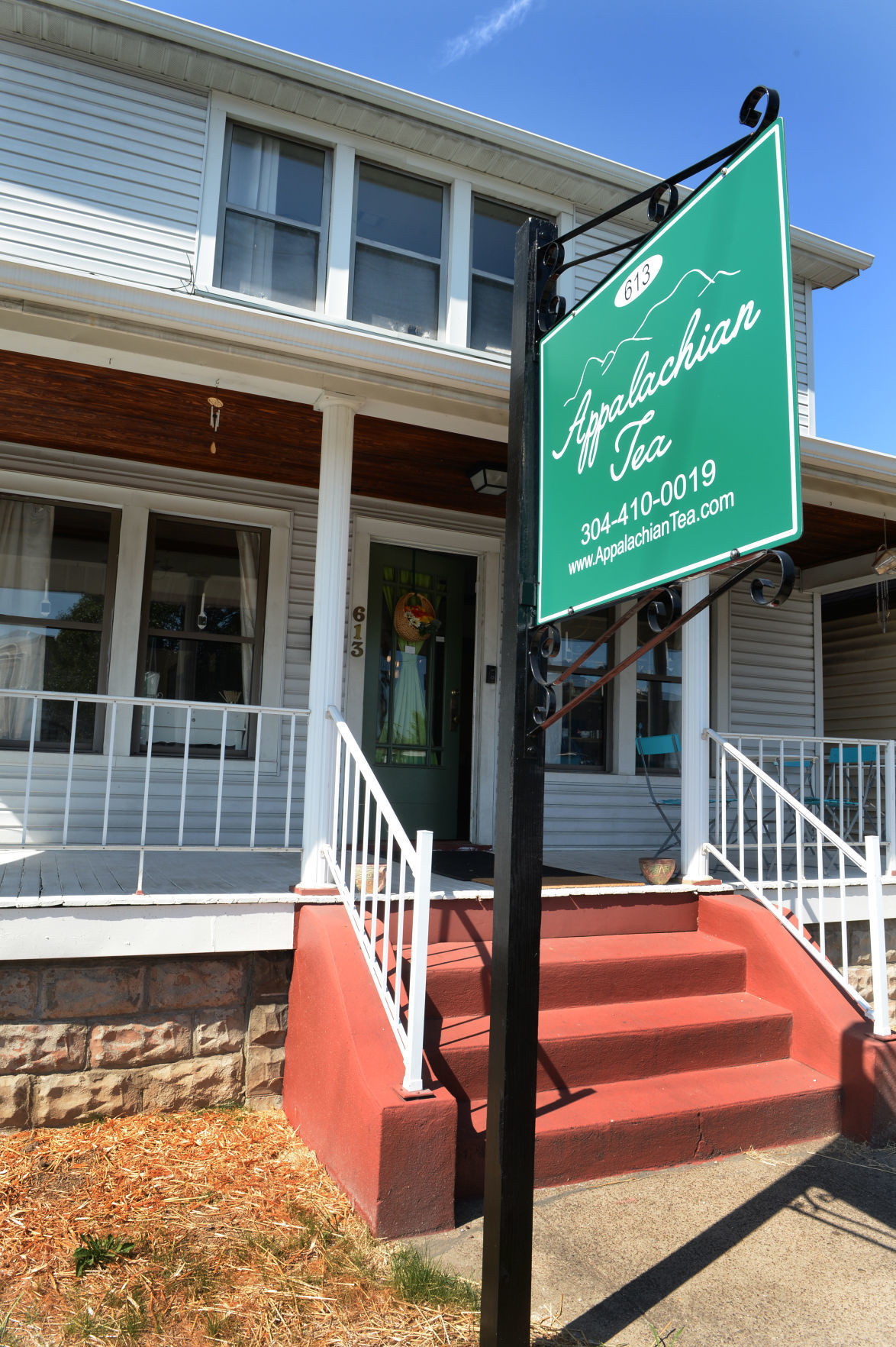 Appalachian Tea on Charleston’s West Side.

Samples of Appalachian Tea’s offerings line the mantle so patrons can whiff which ones they’d like to have brewed.

The entryway of Appalachian Tea, at 613 Ohio Ave., on Charleston’s West Side. The used books are available for purchase, with half of the profits going to the Kanawha County Public Library.

Cream is poured into a cup of tea at Appalachian Tea on Charleston’s West Side.

Tea pots line the shelves at Appalachian Tea on Charleston’s West Side.

Appalachian Tea on Charleston’s West Side.

Sasha Strader has a thing for properly brewed tea — and was having a hard time finding it anywhere in the Greater Kanawha Valley.

“You can order it sitting in, but it’s made from the same water they use in the coffee machines. It’s frequently very, very overbrewed if you like the lighter teas, which I do,” she said.

“When the water temperature is too hot or you leave a tea bag in too long, with the lighter teas — the whites and greens, especially — you get a very strong, bitter flavor afterward, almost like you’re licking a copper penny.”

Clearly, something had to be done. And clearly, she was the one to do it.

She just had no idea it would take off so quickly, or lead her down the path she’s on today.

It started simply enough: A little more than a year ago, Strader held a tea tasting event at Coonskin Park. She spread the word through social media, and seven people showed up.

She fixed four different kinds of tea, and shared tips for proper brewing.

She got lots of feedback — and a few important questions.

“People loved it and asked, ‘So what are you going to do with all of this?’ And I said, ‘Well, you know, someday it would be nice to open a tea room,’ thinking myself it was maybe 15 to 20 years in the future.”

“It’s actually fairly common,” she said. “A lot of people like to do an Old Fashioned with the Earl Grey in it.”

Mixing tea with liquor usually means brewing the tea first, then adding the alcohol. But with moonshine, the dry tea is infused — without water — and sits for several days, so the flavor is strong.

Over time, with monthly tastings all over town, she began to build a following. Still, she had a full-time job as a gelato chef at Caffe Romeo, the latest in a string of culinary positions. She wasn’t looking for a new job.

Then came a local competition for business owners and entrepreneurs seeking funding to launch new ideas. There was a $5,000 purse.

She pitched the idea for a teahouse in Charleston and came in third place. There was no cash prize, but she walked away with scores of contacts, a head full of ideas and a newfound determination to give her teahouse a shot — someday.

“I was in no rush. I was just trying to find information on it and get things rolling slowly, like you would if you were going to go buy a new car but your old car still worked,” she said. “But all of a sudden the new car showed up, and there was such a good deal on it.”

An acquaintance at the Small Business Association had warned her that it might happen that way.

There didn’t seem to be any danger of that at first. Most of the buildings she looked at were too commercial, too industrial, too unattractive.

Finally, her husband found a charming little house on Charleston’s West Side, near the newly reviving Elk City area. It was out of her price range, though, and she refused to look at it.

Then, the owner dropped the price.

“We looked at it and I saw that front room with those two bookshelves on either side of the fireplace and I said, ‘This is it.’”

They signed the contract less than three weeks later.

“You can’t sign for a building and then not open a business,” Strader said. “So that was the moment. It was like, ‘We need this, and we need to get things moving.’”

Months later, the renovations have been done, the walls have been painted and the donated furniture and used books are in place. The books can be read on site or purchased — with half of the profit going to the Kanawha County Public Library.

A room on the second floor is designed for people seeking some quiet time. “This is the library,” she said, showing a couple visitors around.

“If you’re in here, your cellphone needs to be on silent. And if you’re listening to music it should be on headphones,” she said.

One room over is a work space with conference room capacity.

A cluster of cozy rooms. A selection of teas for sniffing on the mantle. An eclectic selection of teacups and pots. And warm scones with butter and jam, ready for guests.

“One cube of sugar and then a splotch of cream — sugar first,” Strader said, demonstrating how best to prepare a cup of chosen tea.

She quietly opened the doors of Appalachian Tea a few months ago and now offers regular hours 9 a.m. to 5 p.m. Monday, Tuesday, and Friday; 10 a.m. to 6 p.m. Saturday; and noon to 4 p.m. Sunday. The teahouse is located at 613 Ohio Ave., in Charleston. For more information, call 304-410-0019, follow Appalachian Tea on Facebook or visit appalachiantea.com.