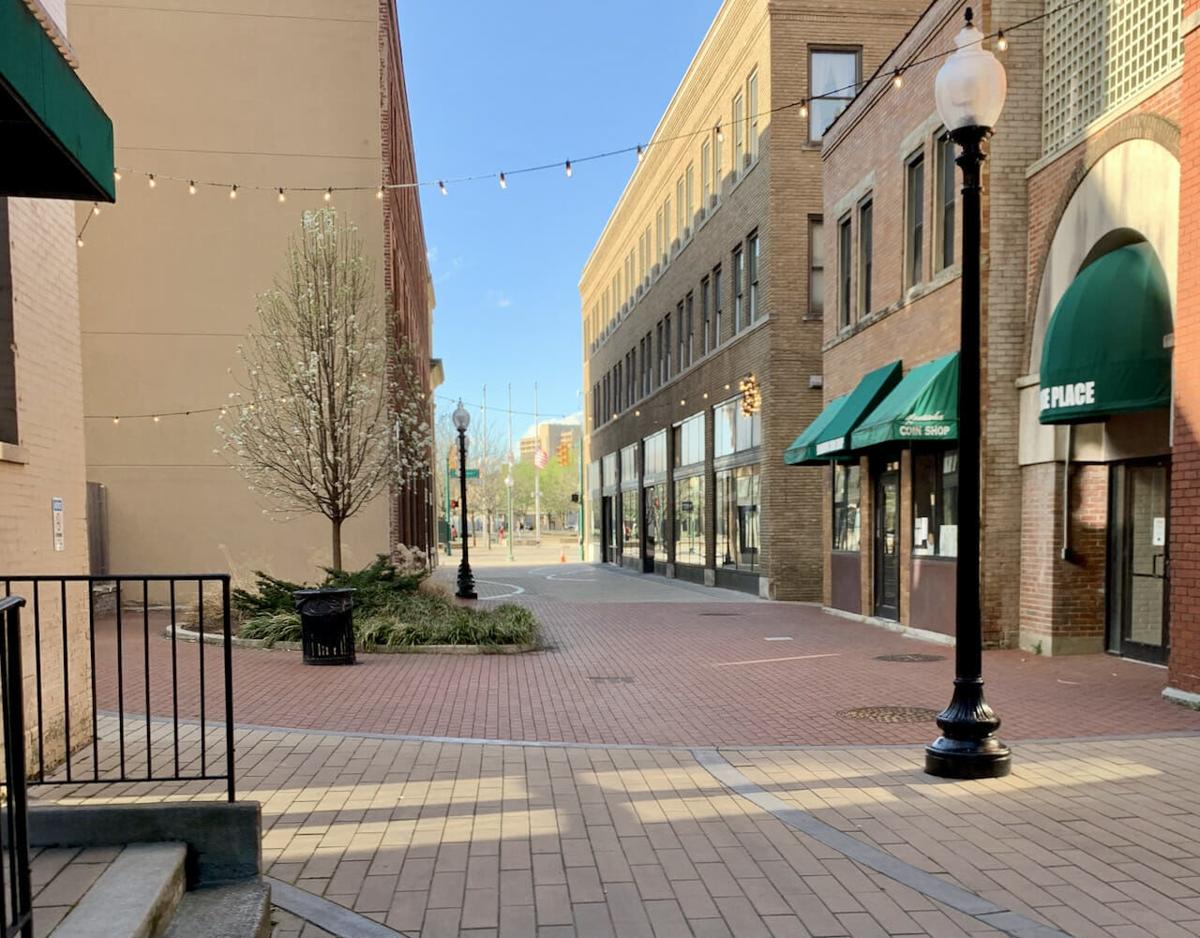 The entrance to Fife Street Brewing will be on Brawley Walkway in downtown Charleston. 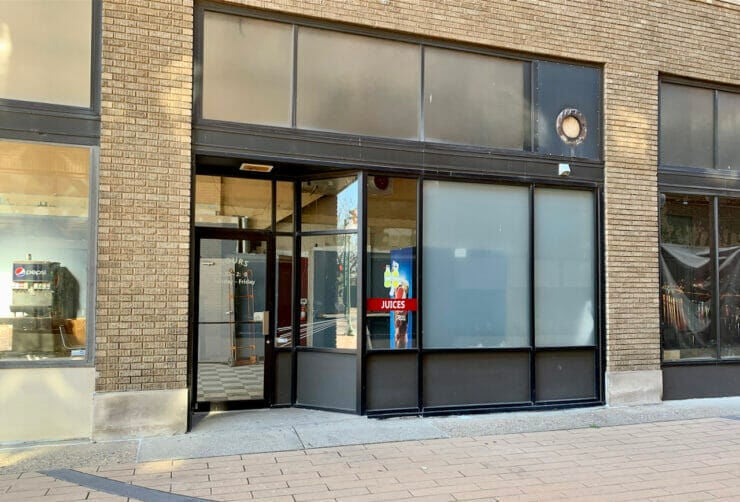 Customers will enter Fife Street Brewing from its door on Brawley Walkway. Windows along the walkway will slide open to let the air inside. 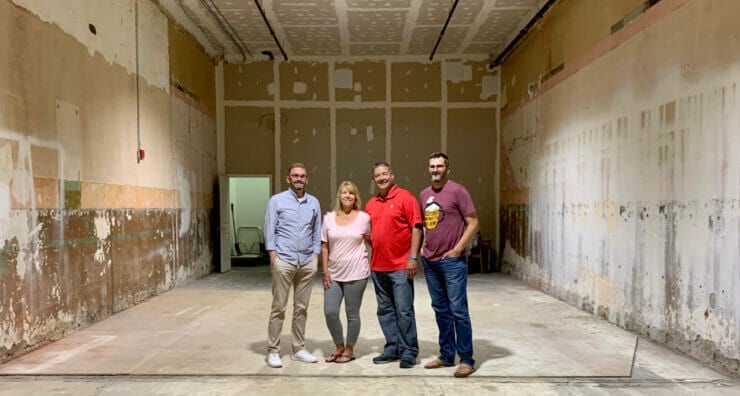 The entrance to Fife Street Brewing will be on Brawley Walkway in downtown Charleston.

Customers will enter Fife Street Brewing from its door on Brawley Walkway. Windows along the walkway will slide open to let the air inside.

This is the inaugural column for WV Brew News, a new Life & Style feature offering the latest and best news about West Virginia's burgeoning craft beer industry. Craft beer enthusiasts around may already be familiar with Charles Bockway. He has been actively writing and blogging at BrilliantStream.com, which focuses exclusively on West Virginia craft beer. He'll bring Gazette-Mail readers the latest on new brews and breweries each month, as well as upcoming festivals and ideas for sipping and sampling.

A new world of beer is upon us. Over the past decade or two, the craft brewing industry has exploded, and it has changed forever how we think about beer.

It is giving us a multitude of new flavors, creating an enthusiastic response across hill and holler.

With over 150 beer styles hitting store shelves and taps, most of us could use some assistance in discovering things we’ll like. WV Brew News is here to help you decipher the current beer market and help you get more out of West Virginia beer.

Beyond talking about specific brews and breweries, this column will also share a little basic beer knowledge and background. It will dig into significant beer and brewing issues that rise up in our local community and in West Virginia.

I got my whistle wet in the beverage alcohol industry years ago, when I spent a decade working with Morgantown’s Joe and Leonard George doing sales and marketing work for wine and spirits producers and importers. Then, in more recent years, I began seeing the national craft beer industry as the most vibrant and creative part of the beverage industry.

I found I loved traveling to visit small breweries and major beer festivals. I wanted to help this industry prosper here. So in 2014, I founded the website BrilliantStream.com to tell the story of our West Virginia brewing industry and highlight its players. In 2019, along with my podcast partner Erin McCoy, we added the “West Virginia Beer Roads” podcast to our offerings.

I also need to give a shout-out to my friend and former Charleston Gazette-Mail beer columnist Rich Ireland, who taught me a lot about brewing and encouraged me along the way.

While the industry here has been a little slow taking off when compared to other parts of the country, it is now starting to blossom. With 30 breweries in the state making a wide variety of beer, there’s no better time than today to get out and explore.

Beer remains West Virginia’s favorite adult beverage. Last year, an estimated 41 million gallons of beer were sold in the state. That is a per-capita average consumption of about one six-pack per week.

While only a small portion of that total was actually made in West Virginia, that portion is growing rapidly. This month two more breweries opened or prepared to open — Big Draft in White Sulphur Springs, and another, Big Sandy Brewing in Bruceton Mills.

And we recently had the announcement of the new Fife Street Brewing here in Charleston — expected to open in March 2022. We expect another one to open later this year in Clendenin.

Local breweries are employing more and more West Virginians and have been one of the few growth areas for manufacturing industry employment. Breweries, taprooms, distributors, and the beer-related business of retailers, restaurants and bars contributed an estimated $195 million economic impact in West Virginia last year, according to the national Brewers Association. The Beer Institute states that about 40% of the price of a beer goes to pay federal, state, and local taxes. In West Virginia the state share of beer tax and license revenues amounted to $7.5 million in FY 2021.

No longer just a fun place for locals, breweries are proving themselves a force in the tourism market too. They are magnets, something that often astounds traditional tourism development folks, but it’s real. Pretty much every time I sit at the Bad Shepherd Beer Company bar on Quarrier Street, I meet someone from outside the area — and normally from some other state — who has specifically looked up a local brewery to visit.

In future months I’ll be writing about some of the significant things that our breweries are doing that make them so important to our state.

I’d be remiss if I failed to mention the great contribution that our beer festivals make to building our local beer culture. Over the next three months, we have several major festivals coming, any of them worthy of your attendance.

First up is Rails & Ales Festival in Huntington on Aug. 14, followed by Mountaineer Brewfest in Wheeling on Aug. 21. September and October bring us festivals in our local area, including OktoberWest on Sept. 25 in Elk City, Chili’n on the Elk on Oct. 2 in Clendenin, and Foam at the Dome on Oct. 9 in the East End.

Also, in Beckley on Sept. 5 is The Great Beckley Beer Festival. Count on all of these festivals to feature numerous West Virginia breweries in addition to regional and national craft beer. Beer festivals are a great place to sample beers and find out what all these new beer styles are about.

I’d love to hear your ideas and questions about things that this column should address. Contact me at wvbrewnews@ brilliantstream.com and check out my website and Facebook pages for BrilliantStream.com and our podcast WVBeerRoads.com.

Please protect yourself and others by drinking beer responsibly.

Charles Bockway is a craft beer blogger and podcaster who writes, blogs and talks about West Virginia’s craft beer industry. Send questions and suggestions to him at wvbrewnews@brilliantstream.com.