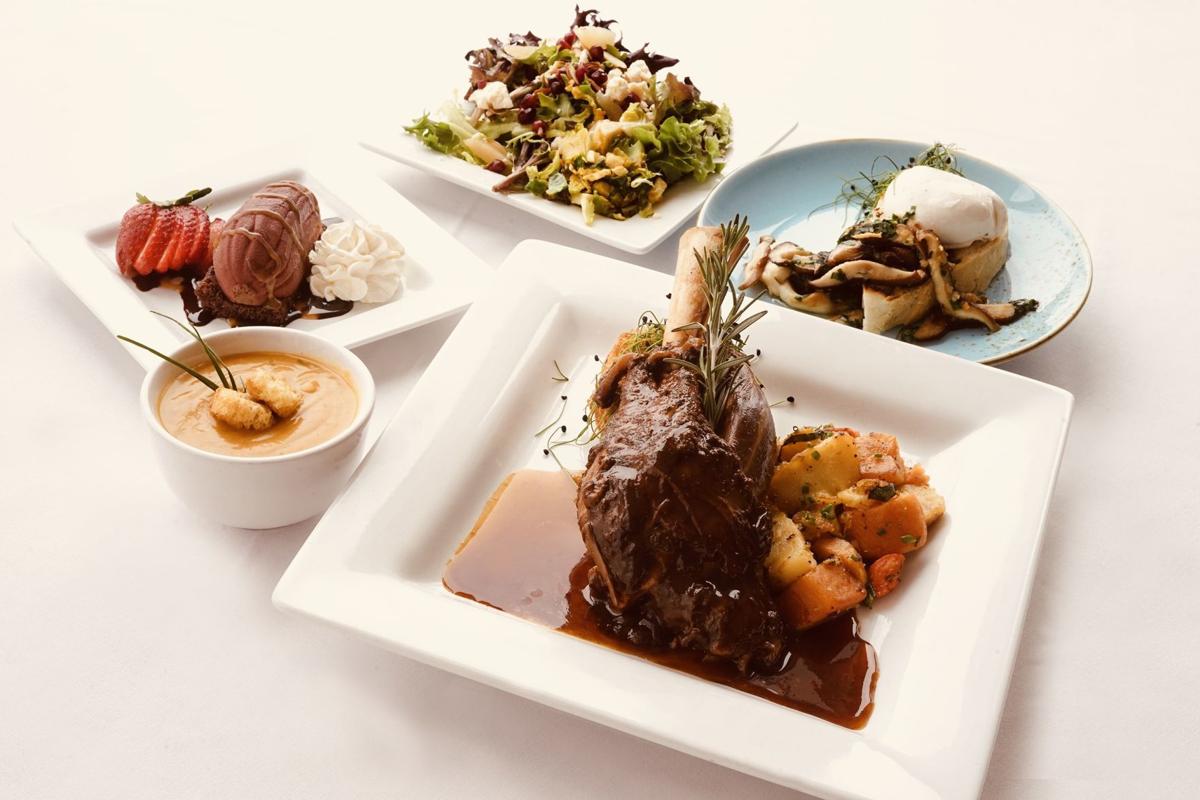 No contest: whether your preference is wine or beer, the gourmet five-course tasting menu at this year’s FeastivALL is a winner. 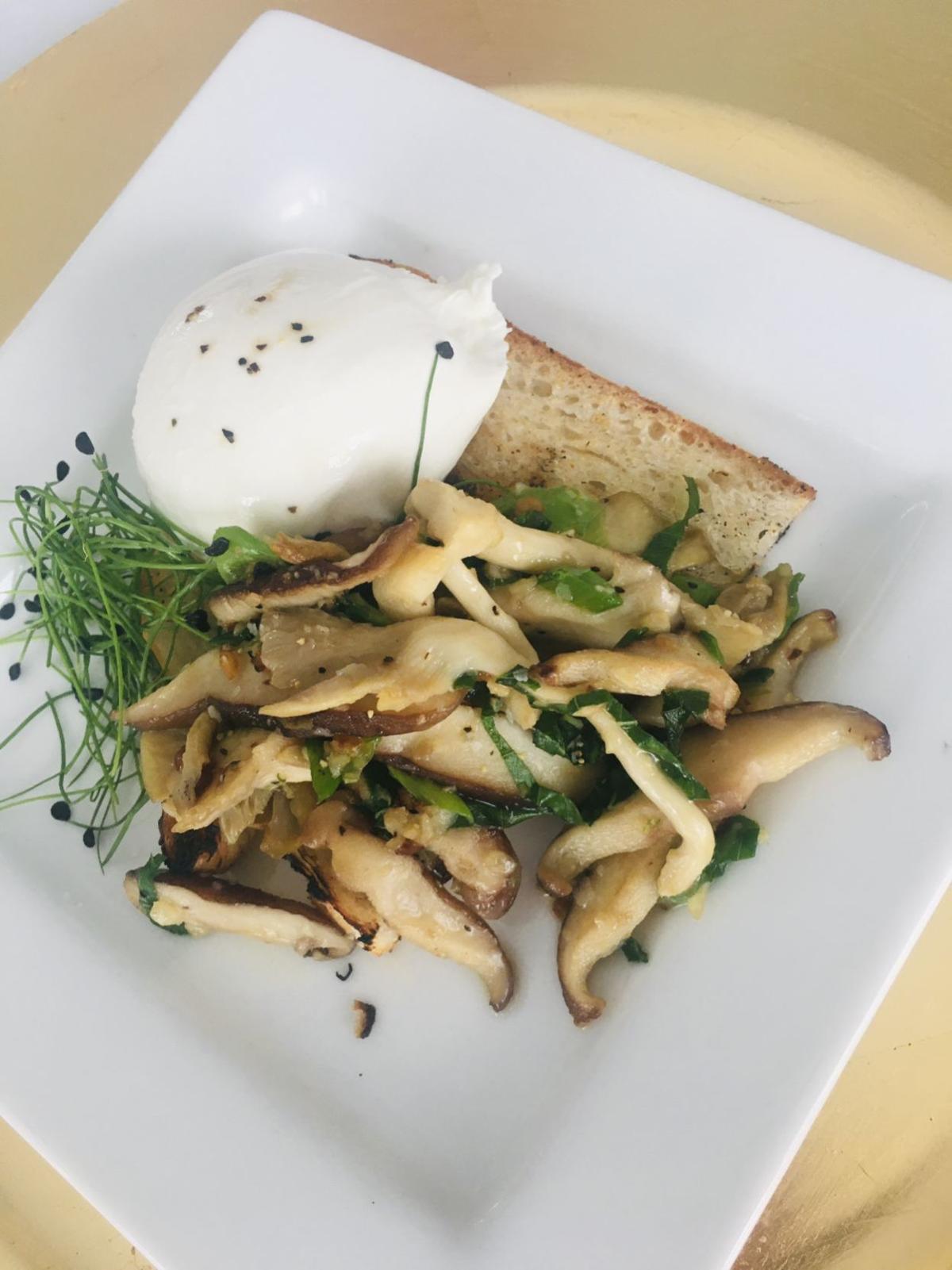 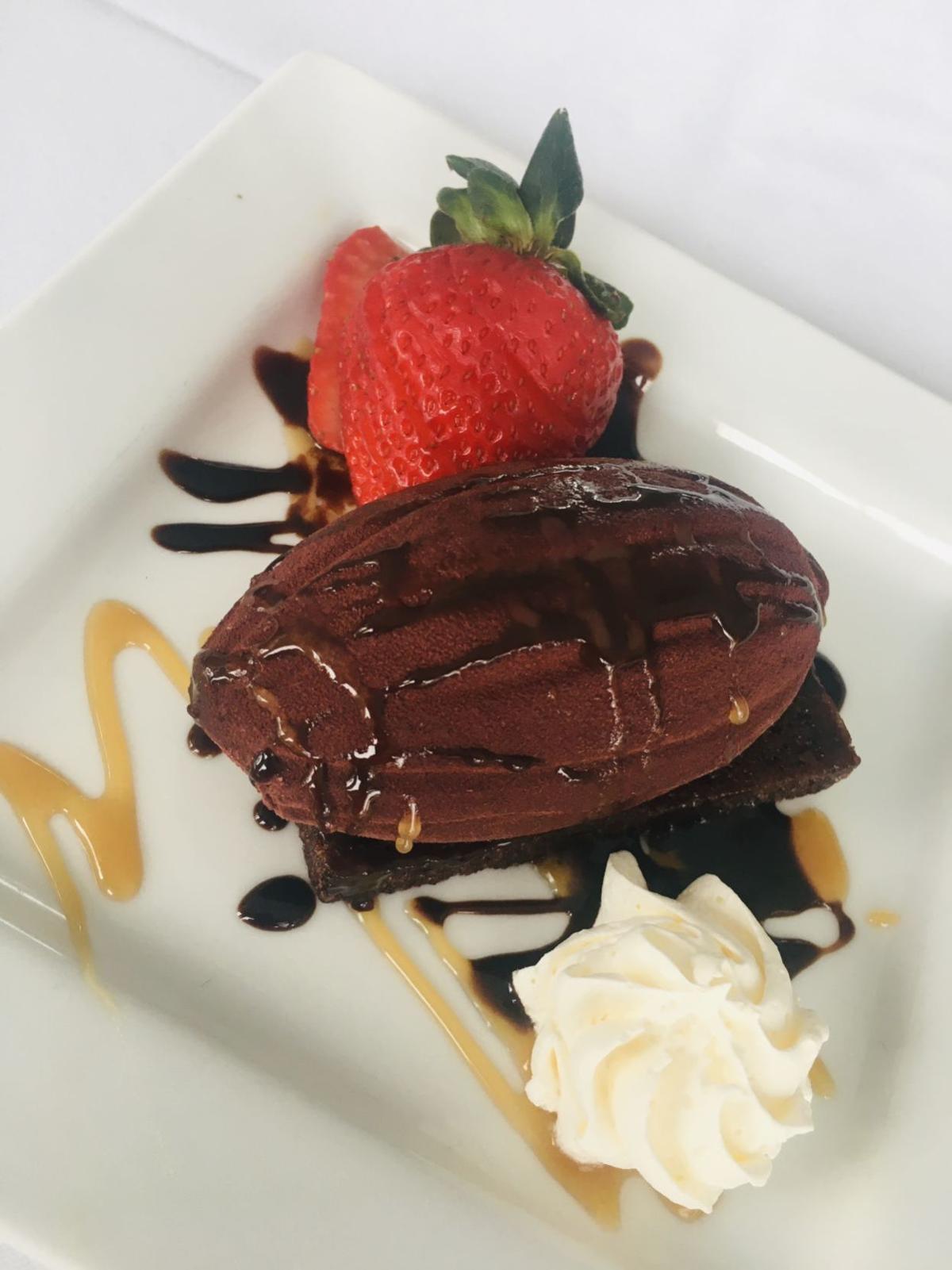 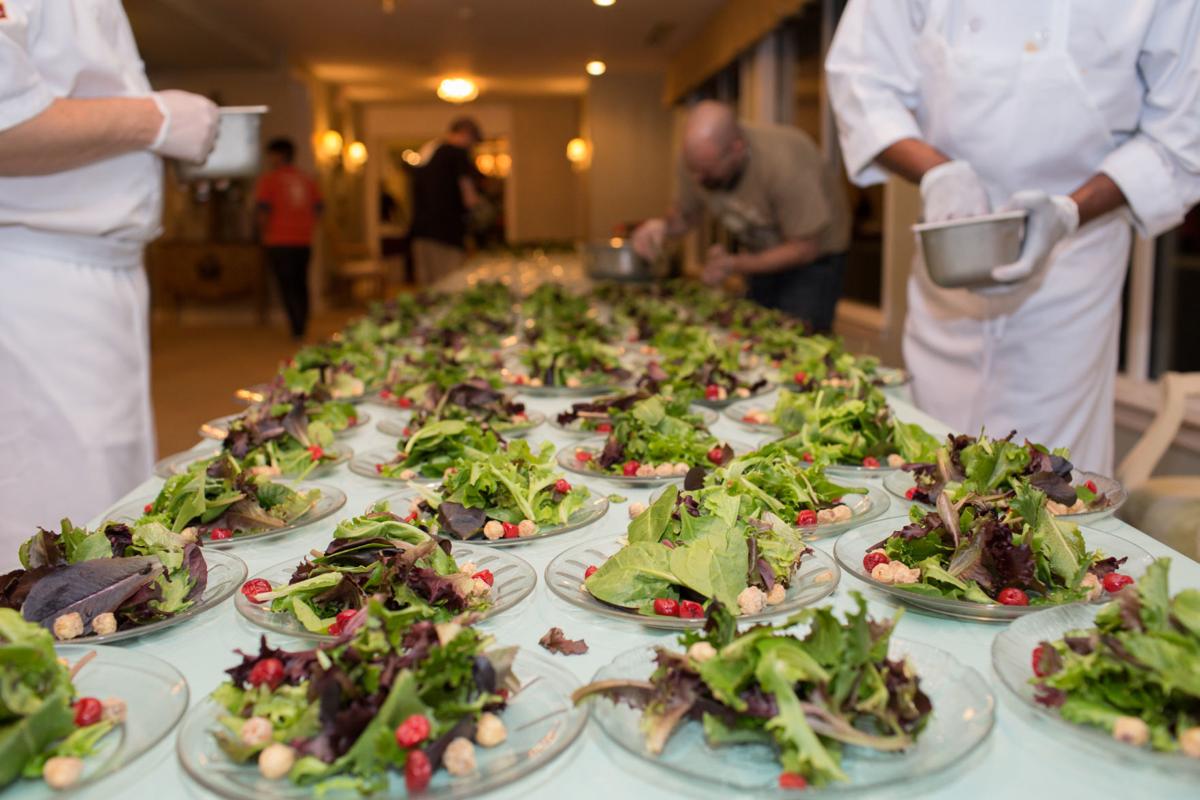 The 8th annual FeastivALL is expected to sell out well in advance of the Feb. 22 dinner. 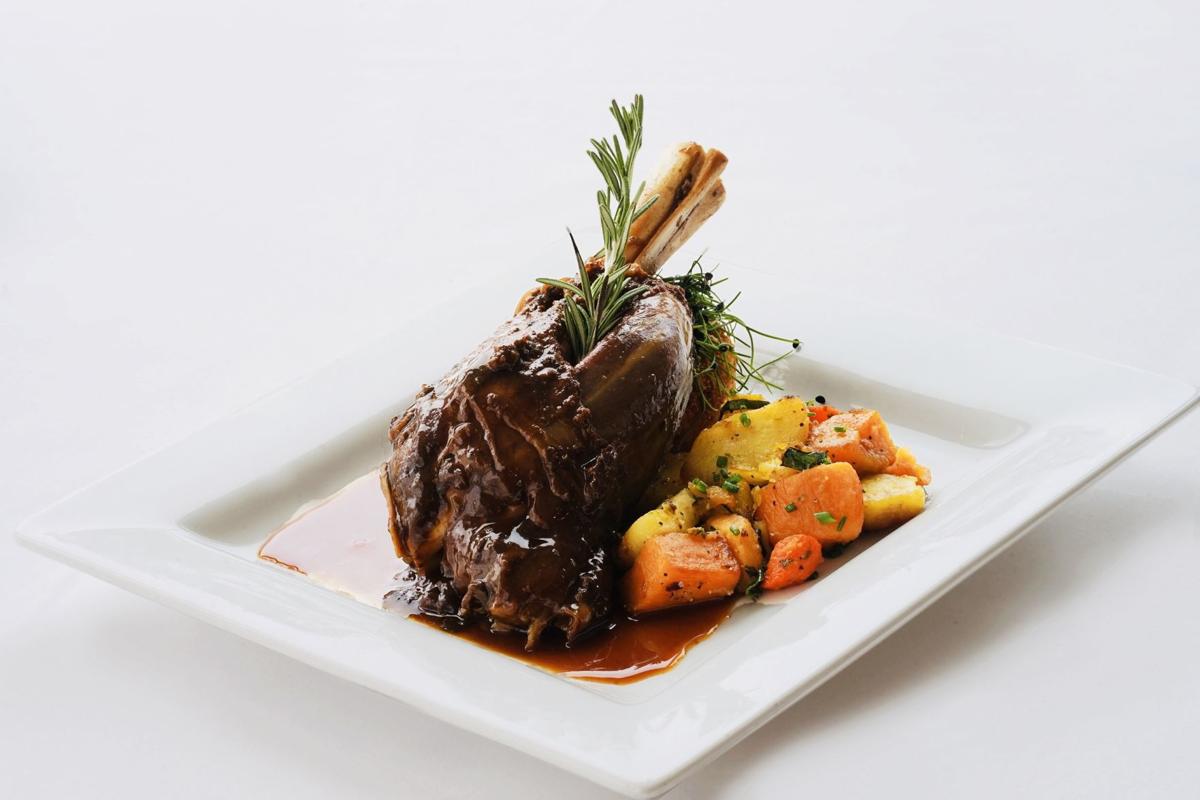 No contest: whether your preference is wine or beer, the gourmet five-course tasting menu at this year’s FeastivALL is a winner.

The 8th annual FeastivALL is expected to sell out well in advance of the Feb. 22 dinner.

Is wine very fine or is beer the most dear? Are grapes the greatest or will hops be on top?

You’ll need to score one of the tastiest tickets in town to find out as those two beloved libations once again go head-to-head during an epic battle of the beverages next Saturday night.

It all goes down during the 8th annual FeastivALL beer vs. wine pairing dinner returning to Berry Hills Country Club, in Charleston, from 6-10 p.m. Feb. 22.

This popular fundraiser for the city’s FestivALL program celebrating the arts offers guests a gourmet five-course tasting menu, with each dish paired with both a special wine and beer selected by Gazette-Mail wine columnist John Brown and former beer columnist Rich Ireland.

Guests sample both and vote for their favorite food-and-drink pairing after each course, to see which glass is at the head of the class at the end of the night. With wine only holding a slim 4-3 margin over beer during the event’s first seven years, you can expect another close match.

Since Brown will be singing the praises of his selected wine pairings in this weekend’s Sunday Gazette-Mail, I reached out to Ireland to goad him into a little friendly smack talk. He was more than happy to oblige.

“As always, wine is mathematically at a disadvantage — only one ingredient,” he replied, smiley-face emoji and all. “Beer, and especially craft beer, can deliver a symphony of flavors, mouthfeel, bitterness and sweetness when selected correctly.”

Touché, gentlemen! A spirited beverage competition, however, is only part of the fun.

Musical performances by Bob Thompson, the Charleston Light Opera Guild singers, the West Virginia Youth Symphony Trio and a special surprise musical number will entertain guests, who may also bid on artwork, concert packages, brewery tours and tastings, and other items during live and silent auctions held throughout the evening.

And let’s not forget about the mouthwatering food itself.

“We want to go all out to give guests a really good meal that night,” said Berry Hills Chef Heath Ax, who worked with FestivALL organizers to create this year’s featured menu. “The flavors, the sauces, the pairings — we want to present something that really knocks everybody’s socks off.”

If you’d like to leave the fate of your socks that night a mystery, you may want to turn the page now. But if you’re more the sneak-peek type, get ready for a full rundown of the delicious dishes that await. Last week, the folks at FestivALL invited me out to the country club for a special preview tasting of every dish Ax will prepare when it’s showtime next week.

Even better, the meeting quickly turned into the best “working lunch” ever when Berry Hills opened a few bottles of wine and encouraged our honest feedback on the food we were about to try. So with the chef’s blessing, we sampled and discussed, tweaked and re-tasted, until we finalized a killer menu befitting such a special evening.

I’m telling you, you’re in for quite a treat.

We started with a savory plate of garlicky, earthy sautéed mushrooms served with creamy burrata cheese atop grilled bread, then dipped into a subtly sweet butternut squash soup that provided nice contrast to the first course’s flavor punch.

All of those dishes were nice, but the final two of the tasting — the ones that required no tweaks whatsoever and I guarantee will wow the crowd that night — were absolute show-stoppers.

A large, dramatically presented sous vide lamb shank pierced with fresh rosemary and bathed in a velvety brown espagnole sauce was as tender and delicious as it was stunning, with the meat literally falling off the bone as the plate was placed before us. I wanted for nothing else, but then tasted the toasted gouda corquette and roasted garlic-herb root vegetables that accompanied it, making it one of the most perfectly composed, prepared and presented dishes I’ve seen in ages.

We lost our minds over that lamb and were still trying to regain our composure when a silky mound of chocolate mousse appeared before us. Sitting atop a thin slice of hazelnut-caramel-chocolate cocoa cake with a Grand Marnier-marinated strawberry, it was the perfect ending to a nearly flawless meal.

Ax, for one, can’t wait for guests to come enjoy the country club’s food offerings that night.

“Berry Hills has really enjoyed being a part of FeastivALL through the years,” said Ax, who has been involved in the event since taking over the country club’s kitchen six years ago. He said he believes this event provides a great opportunity for him to give back by sharing his passion for food with the community.

“That is actually one of the best things about being a chef,” he added. “It’s not just cooking or what we can do with food, it’s the impact we can have on our community by helping with an event like this.”

For first-year FestivALL Executive Director Maria Belcher, the annual dinner is a vital component of her group’s continued efforts to nurture, promote and expand the arts throughout the city all year through events offered at low or no-cost to attendees.

“I am so thankful to live and work in a community that appreciates and supports the arts in the many ways it does,” she added. “That passion for great live music at the Mayor’s Concert, enjoying compelling theater performances, making memories with friends and family at the Capitol Street Art Fair. That’s what I call ‘The FestivALL Feeling’ and I look forward to celebrating it with everyone that night.”

IF YOU GO: Tickets for FeastivALL are $115 per person for general admission and $125 for reserved seats. (VIP tickets that include a pre-event reception, early access, hors d’oeuvres, special drink pairings and an exclusive art raffle are already sold out.) For more information or to order tickets, visit www.festivall charleston.com.

Steven Keith writes a weekly food column for the Charleston Gazette-Mail and an occasional food blog at http://blogs.wvgazettemail.com/foodguy/. He can be reached at 304-380-6096 or by e-mail at wvfoodguy@aol.com. You can also follow him on Facebook as