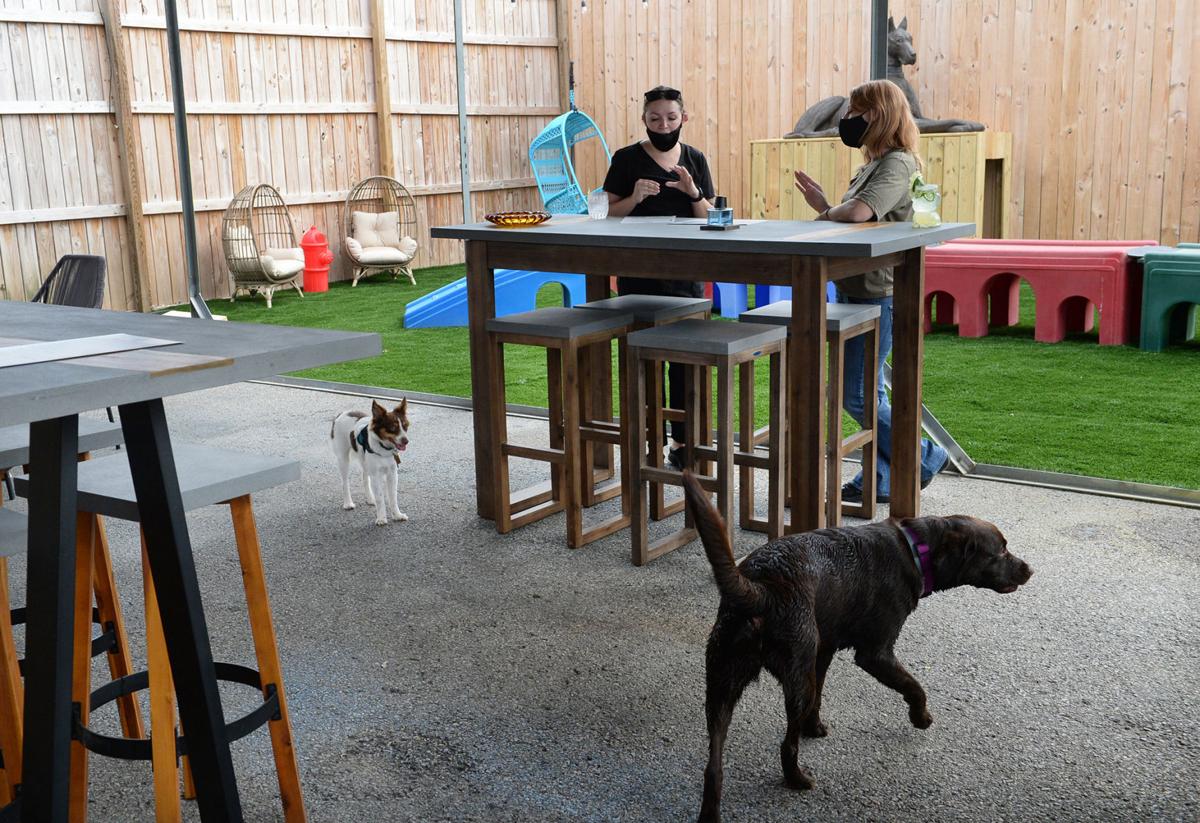 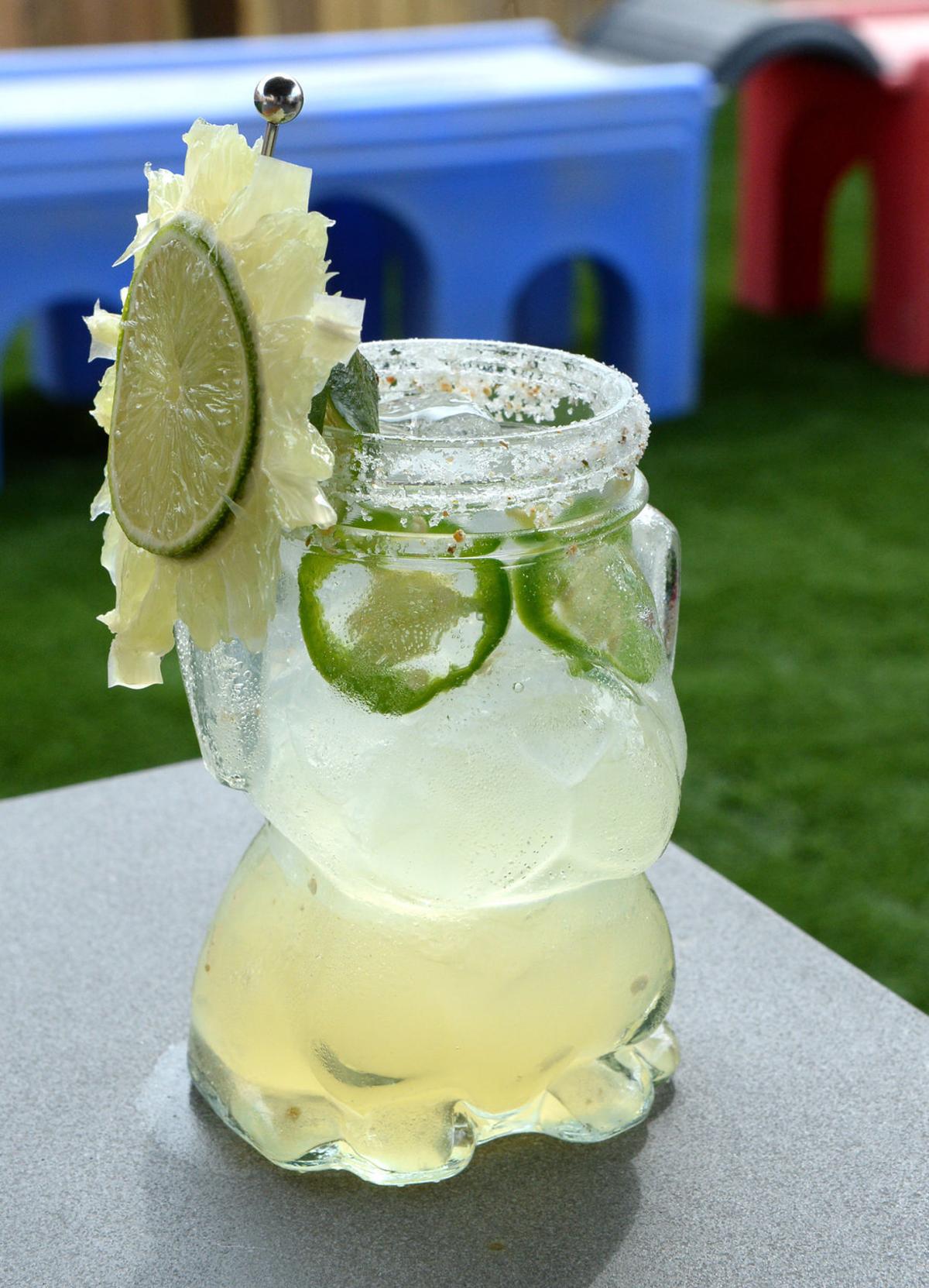 A bulldog margarita at The BARk, a dog bar on Lee Street in Charleston. 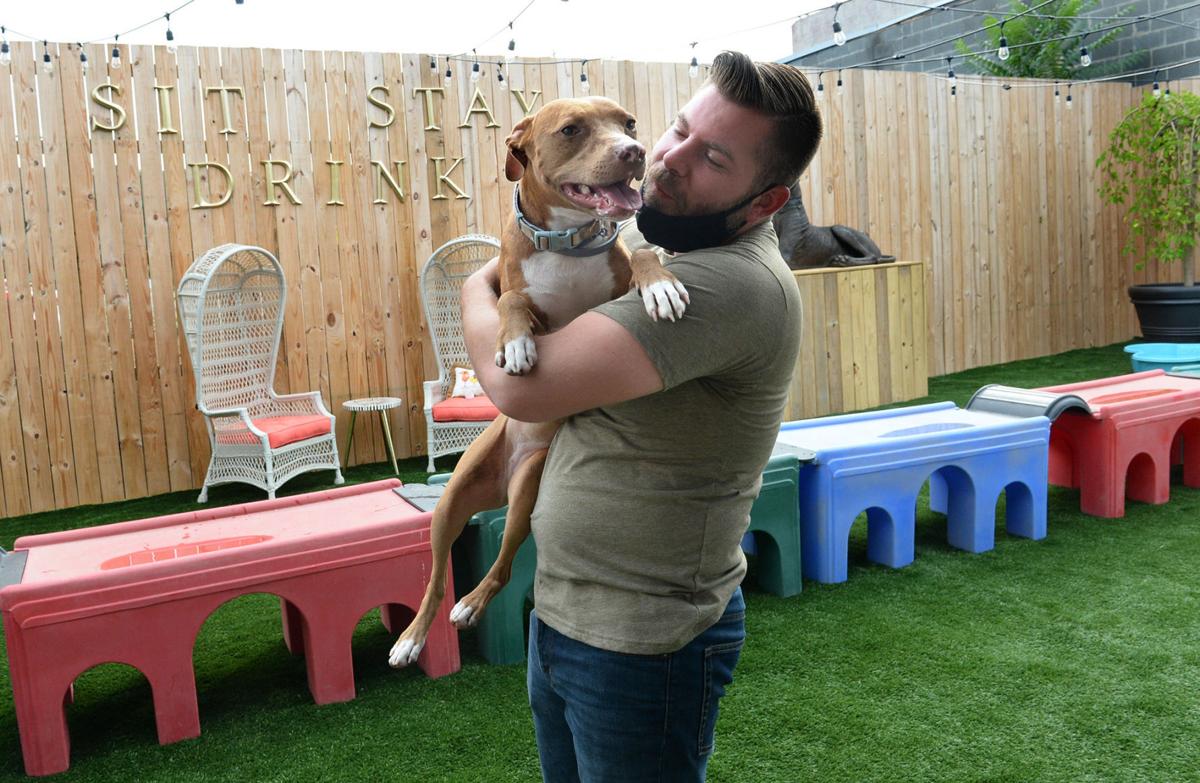 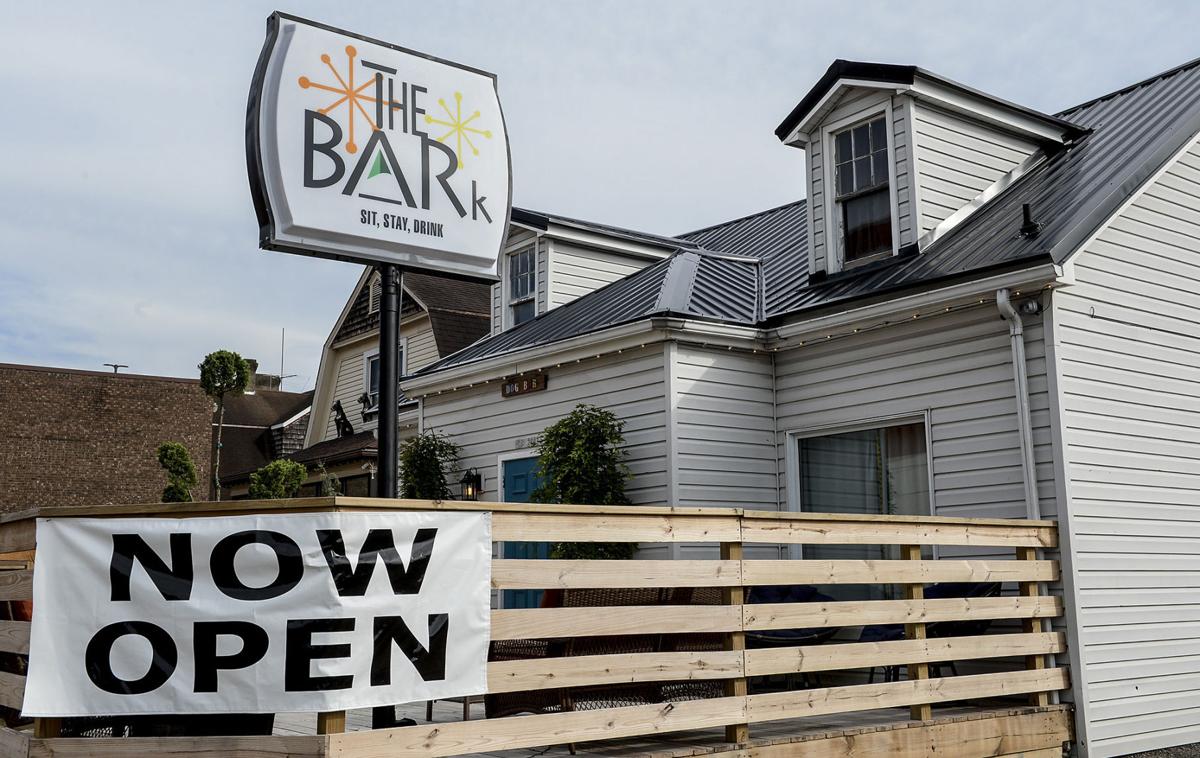 The BARk, a dog bar located on Lee Street in Charleston. 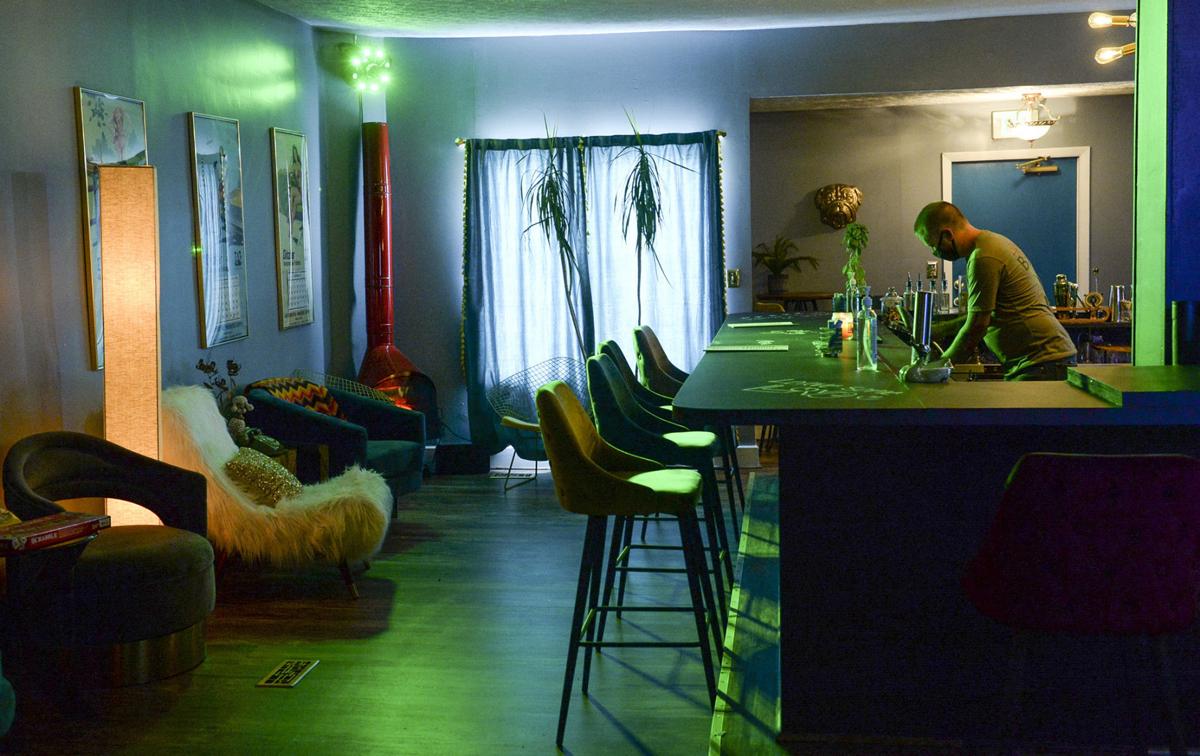 The interior of The BARk, a dog bar located on Lee Street in Charleston. 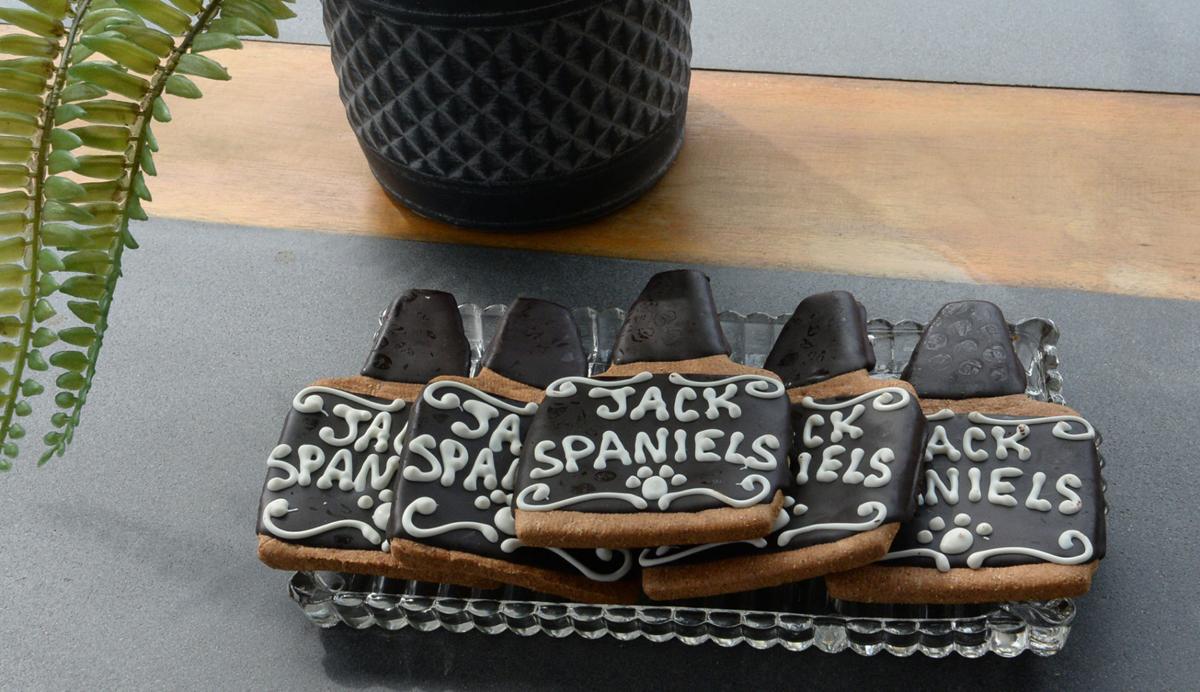 Treats set out at The BARk, a dog bar located on Lee Street in Charleston. 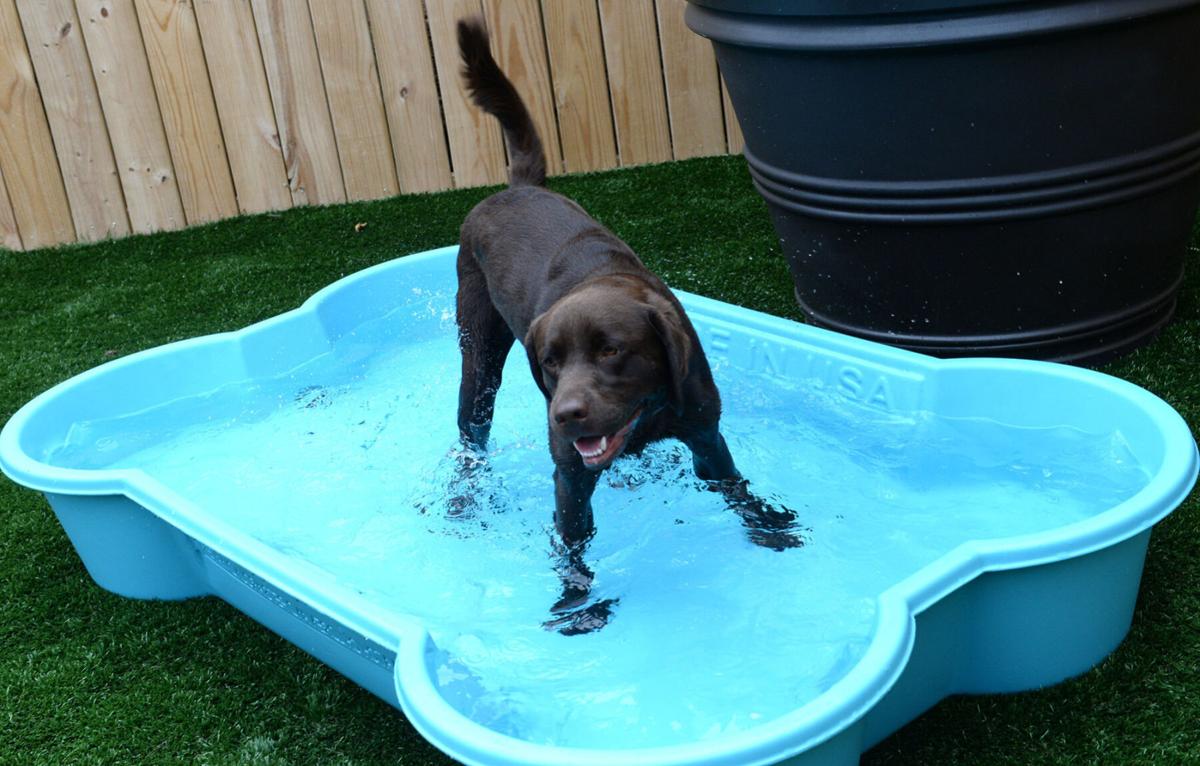 Bailey, a chocolate brown Labrador Retriever who belongs to John MacCorkle, cools off in the swimming pool at The BARk dog bar. 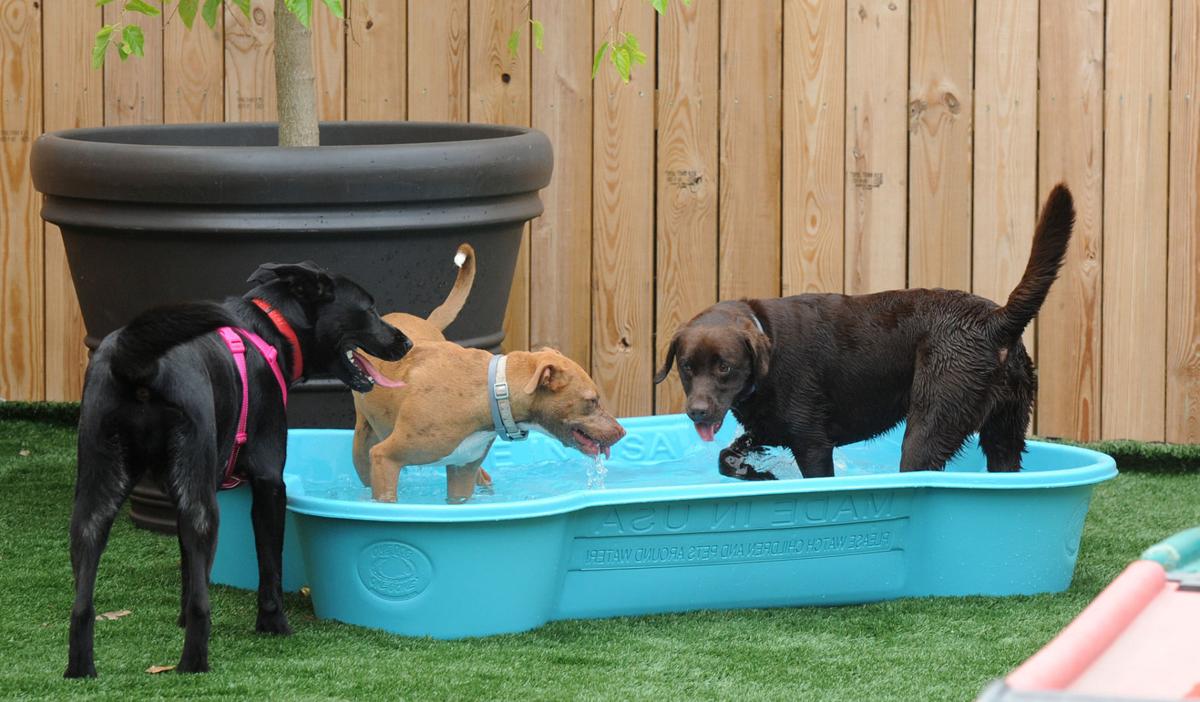 Georgia, Cicada and Bailey cool off in the pool at the dog bar The BARk. 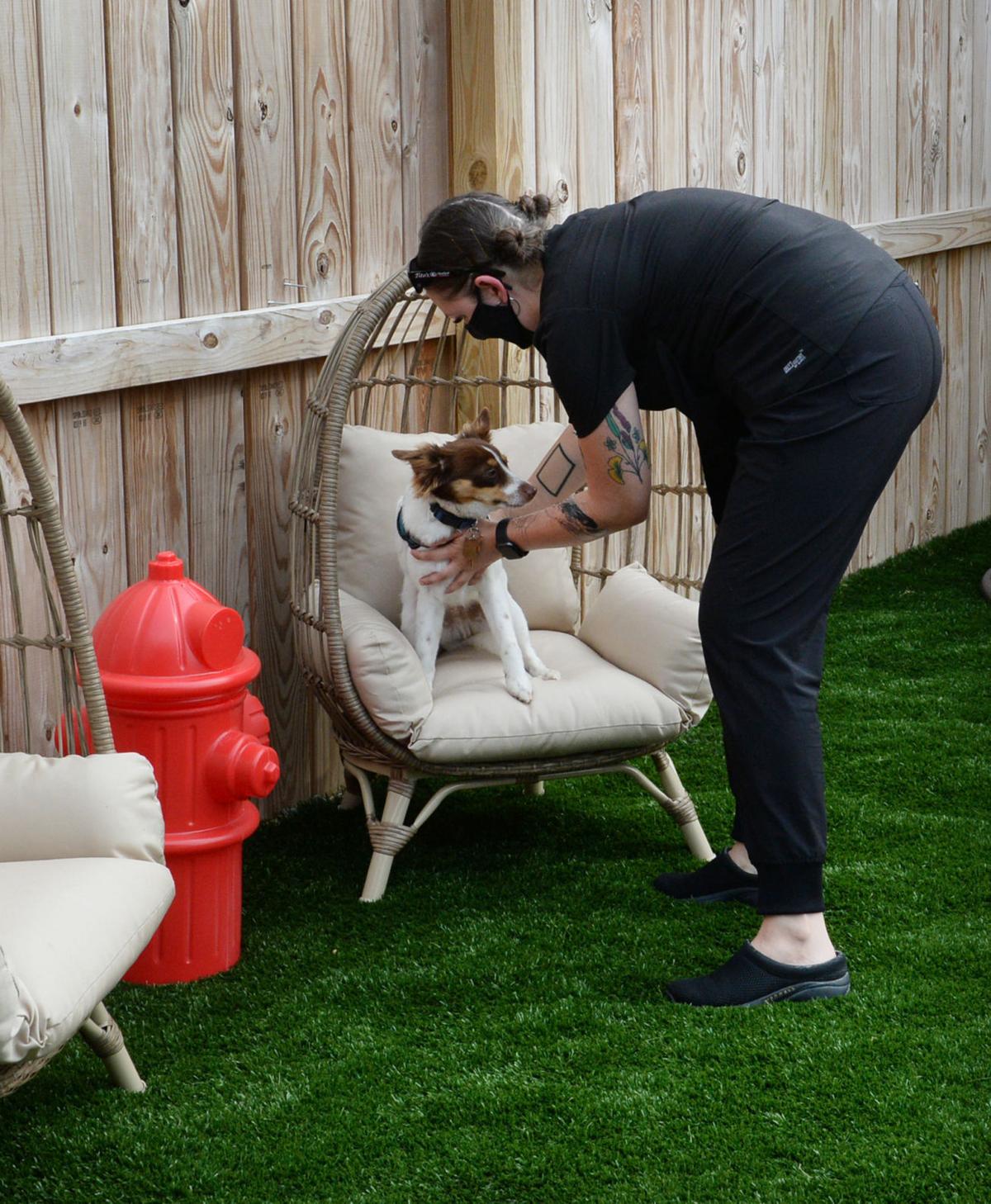 Renee Larson tries to get her miniature Australian Shepherd, Joe Pye, to sit outside in a chair at The BARk. 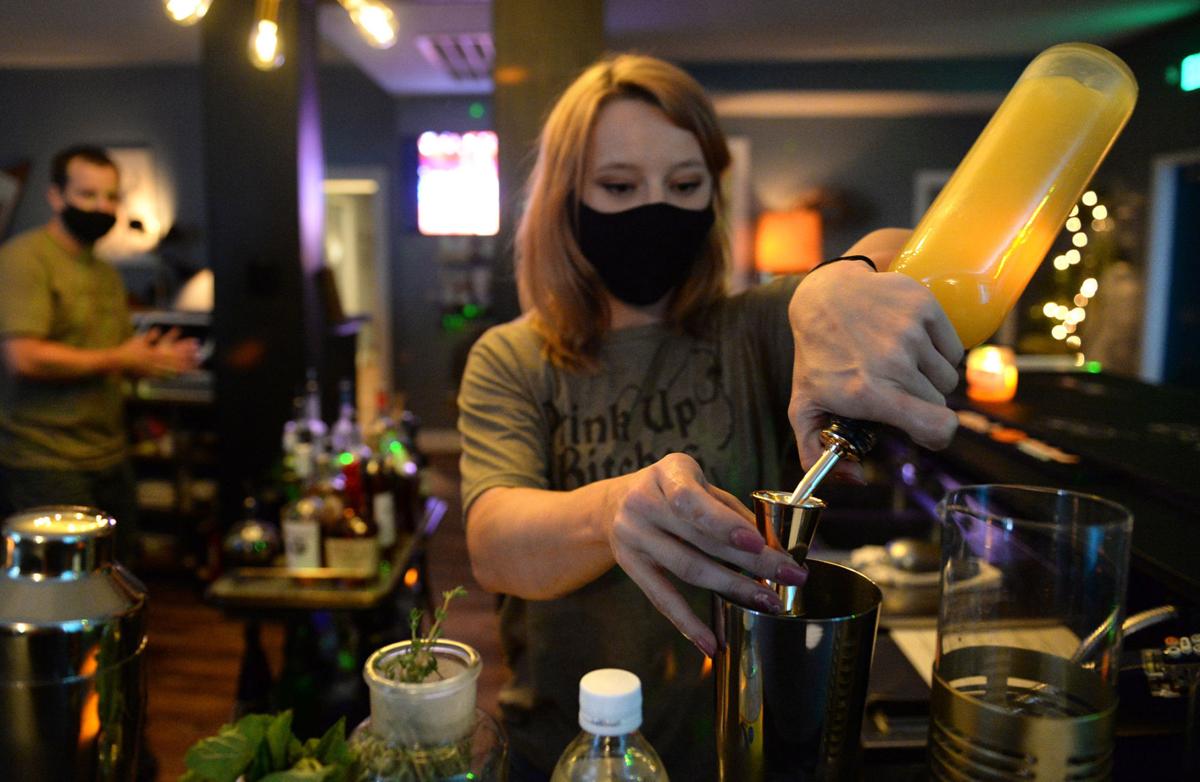 A bulldog margarita at The BARk, a dog bar on Lee Street in Charleston.

The BARk, a dog bar located on Lee Street in Charleston.

The interior of The BARk, a dog bar located on Lee Street in Charleston.

Treats set out at The BARk, a dog bar located on Lee Street in Charleston.

Bailey, a chocolate brown Labrador Retriever who belongs to John MacCorkle, cools off in the swimming pool at The BARk dog bar.

Georgia, Cicada and Bailey cool off in the pool at the dog bar The BARk.

Renee Larson tries to get her miniature Australian Shepherd, Joe Pye, to sit outside in a chair at The BARk.

Standing in the shade, John MacCorkle sipped a craft beer doubtfully, and watched his dog, Bailey, chase another dog, Georgia, around the turf-covered play area in back of The BARk, the area’s first dog bar.

MacCorkle said he was more of a “beer” beer kind of guy, not a craft beer connoisseur, but he liked taking some refreshment on a hot day while his dog played with a friend.

It was MacCorkle’s first time at The BARk. He’d stopped in after picking up Bailey from a day at House of Hounds next door.

Just after 5 p.m. on a Friday, only a handful of people were hanging around inside the retro-themed bar. A few others were outside with their dogs, all of them doggy daycare clients from House of Hounds.

But it was only the bar’s second weekend in business.

The BARk was supposed to open months ago.

House of Hounds owner Brannon Carrier said he’d wanted to open a dog bar for years but the idea hadn’t seemed feasible until the owners of the Lee Street Lounge, next door to his location in Charleston, offered to sell as part of their plan to move down the street to the corner of Lee and Leon Sullivan Way.

Dog-friendly bars aren’t new. They’ve been around in larger cities for a few years, but there was nothing like it in Charleston, or really anywhere in the state.

Carrier had the property, the idea, and he had Nathan Blackmore, a House of Hounds dog groomer with bartending and restaurant experience.

Blackmore said they floated the idea around to their clients and friends — fellow dog lovers.

“The community was excited,” he said.

They ran the idea by the city, got approval and then began building a different breed of bar. They cleared out the eight-car garage behind the building, leveled the ground and built the patio and laid down artificial turf.

In mid-March, Carrier decided to test the waters and opened.

Timing is everything and 2020 hasn’t been good for opening much of anything.

“We were open for two days,” Carrier said.

As the coronavirus pandemic began to blow up, things all over the country began to shut down.

Carrier said he could see where things were going. He told his staff, “Let’s just close.”

They could wait it out.

“Four days later, they shut all the bars down,” Carrier said. “They shut everything down.”

Meanwhile, House of Hounds remained open through the spring as an essential service. First responders, medical professionals and other essential workers needed to have someone around to take care of their dogs while they worked.

Even after bars with outdoor spaces began reopening, The BARk waited a little while longer, but as summer temperatures rose, they decided to try again.

Carrier’s sister, Kendra Burton, who helps Carrier oversee his businesses, said they decided to try another soft opening two weeks ago. They didn’t do a lot of promotion, just sort of let word get around.

“We had a pretty good turnout,” she said. “I think we had around 20 dogs on Friday night.”

There were some people out, too.

The BARk isn’t built to attract a big crowd. It has the look and feel of an intimate neighborhood bar.

“In some of the larger cities, some of the bars have 10-plus acres for the dogs to run around,” Blackmore said. “We have significantly less.”

The shaded patio and dog play space looks to be slightly larger than the average East End yard, but enough room for a few dogs to run around.

The ground is covered in artificial turf, which resists wear and tear better than natural grass and is easier to clean up. There are obstacles for the dogs to run under or over. The bar keeps a plastic pool filled with water for dogs to dive into if they get too warm.

For the human clientele, the shaded patio has a misting system.

“We can drop the temperature outside by 10 to 15 degrees,” Blackmore said. “We never wanted this place to just be a nighttime bar.”

Blackmore said they could handle about 25 people inside and maybe double that outside, plus somewhere around 30 dogs, depending on size and temperament.

The math is loose and conditional. They want to keep the place friendly and fun. Too many people and too many dogs would disrupt that.

Like with any bar, The BARk has a few rules.

Dogs aren’t permitted inside the building (at least for now) but may enter the back of the bar through a walkway on the side of the property.

All dogs must be at least 4 months old, spayed or neutered, and current on vaccination including for parvo, distemper, rabies and Bordetella.

There is $7 cover for all dogs but a discount for House of Hounds clients.

Dog owners are expected to keep an eye on their pets and clean up after them.

Aggressive animals aren’t tolerated. If a dog acts up, they (and their owner) may be asked to leave. If a dog has a history of violence, it may not be allowed into the yard at all. The BARk patrons can bring no more than two dogs per visit.

But you don’t have to bring a dog to get into the bar.

“We just want to make sure everybody is safe and has a good time,” Burton said.

Copies of the rules are handed out to visitors.

The BARk’s menu has a decidedly canine flair and includes beverages and snacks for people, with savory treats for dogs.

Water is free for the dogs, but for humans, there’s a selection of craft beers, as well as concoctions like a Blackberry Cucumber Corgi, the Blueberry Mastiff and the Pink Poodle.

Burton said that, so far, the bar’s most popular concoction is The Bulldog Margarita, which is rimmed with salt and served in a canine-shaped mason jar-style glass.

“We took a good two months working on the drink recipes,” Blackmore said. “We wanted to come up with drinks that not only looked good but tasted good.”

The BARk makes its own syrups and drink mixes.

“If you’re going to spend $9 for a cocktail, you should be able to taste what went into it,” Blackmore said.

While some of the other dogs scampered and chased around the yard, Larson’s dog tended to stay close to her.

“He has separation anxiety,” she explained. “I really can’t go out unless I have a sitter. I love this. I can bring him here and not have to worry about him. This is really great.”

Blackmore said The BARk just wanted to cater to people and their best friends.