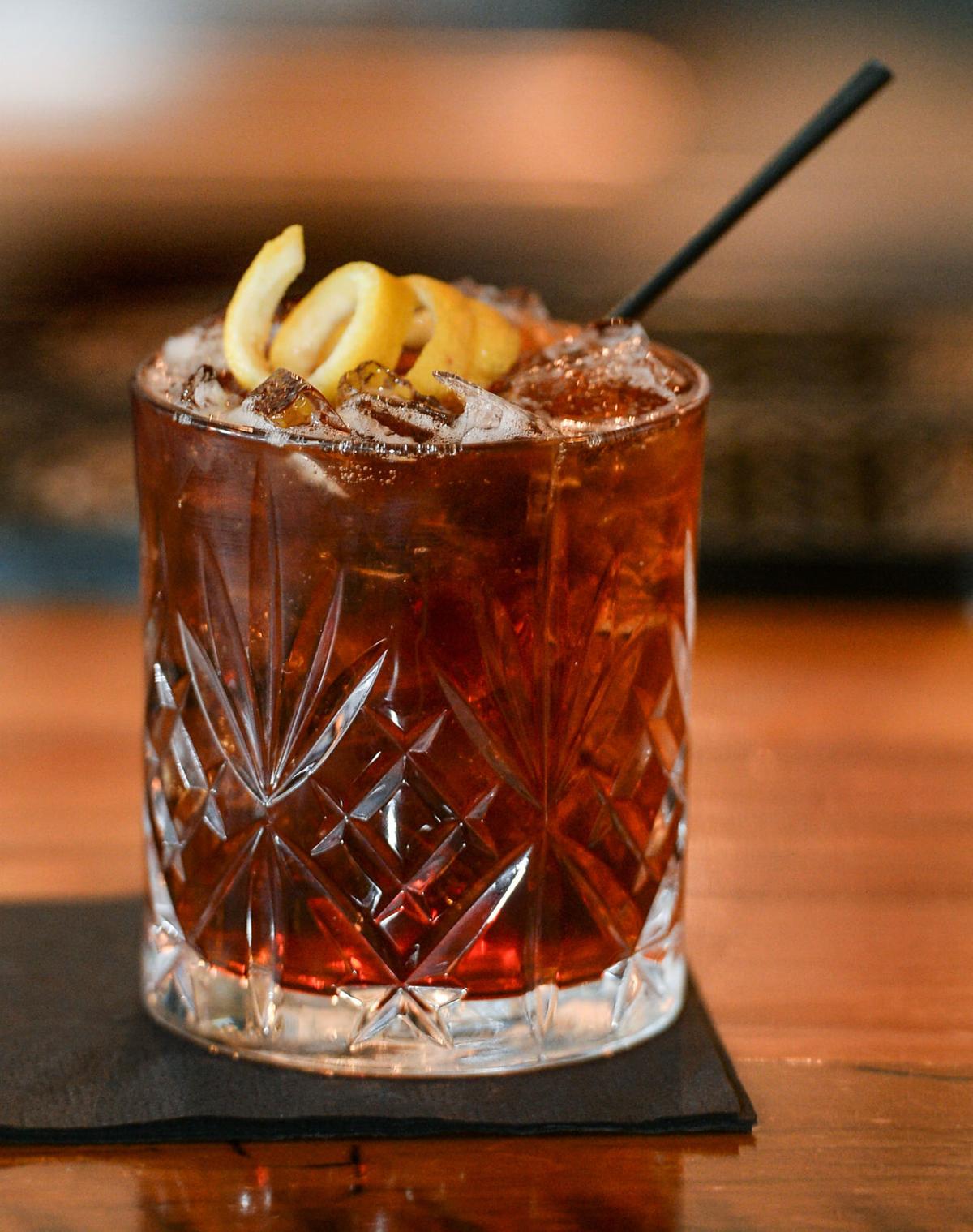 The Fall Back Berry, a cocktail created by head bartender Derek Palmer at 1010 Bridge Restaurant and Catering. It uses gourmet balsamic vinegar from Stella’s in Charleston. 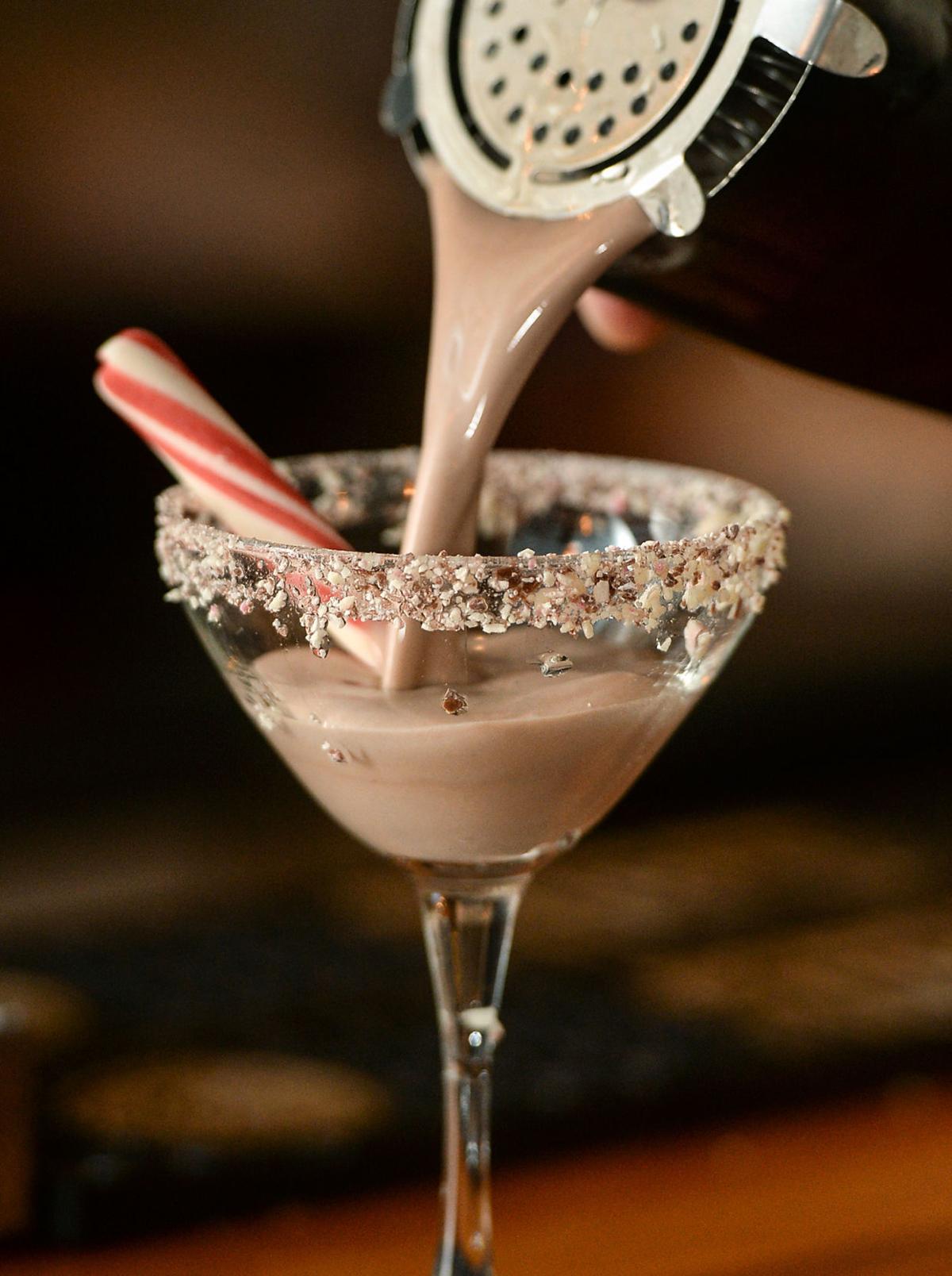 The Fireside Horchata, a tasty sweet and creamy cocktail with a Mexican flair.

The Fall Back Berry, a cocktail created by head bartender Derek Palmer at 1010 Bridge Restaurant and Catering. It uses gourmet balsamic vinegar from Stella’s in Charleston.

The Fireside Horchata, a tasty sweet and creamy cocktail with a Mexican flair.

The holiday season has arrived and with it the desire to gather with friends and loved ones to celebrate.

Because of masks and social distancing to help keep everyone safe, the festivities might seem a little muted. Maybe just keep the parties small and more personal, within only a couple of friends, lots of food and some tasty beverages to share from a short distance.

The Charleston Gazette-Mail continues “Seasonal Sips,” an occasional cocktail series exploring some of the special, holiday-themed drinks that can be found at area restaurants and clubs.

Consider these cocktails an alternative to spiking your eggnog with whatever you had left in the cabinet.

This week, we journeyed to 1010 Bridge Restaurant and Catering on Bridge Road, one of Charleston’s newest dining sensations.

Head bartender Derek Palmer treated us to a couple of cocktails built to liven up the wintery weeks ahead.

Rim a cocktail glass with crushed up Godiva peppermint bark.

Then, in a shaker with ice, add:

Shake vigorously and then strain into the glass. Garnish with a peppermint stick.

About horchata: Horchata is a traditional Mexican drink made with rice, vanilla and milk that’s served by itself and is also used as a base for cocktails.

1010 has a Carob Horchata on its drink menu, but Derek said he’s used horchata in other drinks.

His recipe is a cup of white rice in a cup and a half cup of hot water with a cinnamon stick. Soak for up to eight hours and then put the mixture through a blender. Strain the liquid into a jar, then add two cups of milk (plant-based milks work fine, too), plus a ¼ teaspoon of sugar and a teaspoon of vanilla extract.

Keep the horchata refrigerated and shake it up whenever you’re about to use it. This will not keep indefinitely, but should be good for a couple of days.

Derek said, “It’s really flexible. You can do a lot with it.”

n Notes: The Fireside Horchata tastes like a Christmas party in a glass. I’m generally not a fan of peppermint. Candy canes placed on a tree as decoration will remain there, if I have anything to say about it, but the mild chocolate and creamy, sweetness of the horchata really went together. It was pleasant and would probably make a nice replacement for Christmas punch, if somebody wanted to do the math and make enough horchata.

(You’ll need a shaker and a cup for this one.)

In a shaker with ice, add:

Mix the iced liquid back and forth between the shaker several times and then pour into a rocks glass. Garnish with a twist of lemon zest.

Derek explained that he’d been working with balsamic vinegars in drinks for a few years, but really liked Stella’s in Charleston.

“She lets me try all kinds of things,” he said.

The Fall Back Berry was something he came up with based around the flavored balsamic vinegar, but Derek said the name for the drink came from the staff.

“It’s a real team effort here,” he said. “Everybody has a say. Sometimes, someone will have an idea or a flavor in mind, and we’ll maybe work on that. We’ll build a drink, figure out what goes in it. The last thing we do is name it, but we’re all in on it.”

n Notes: There’s a lot going on in this cocktail and it wasn’t at all what I expected. The blackberry and ginger are right up front, while the Jim Beam sits toward the back.

It tasted a little bright, but not as bright as a mouthful of apple cider vinegar. The soda water and the whiskey took the edge off, maybe enhanced the sweetness of the berries, so what you have is a light and refreshing cocktail.

I was a little impressed that he used Jim Beam. Often, people reach for the fancy, small batch bourbons for a drink, but why? There’s nothing wrong with an old school classic.