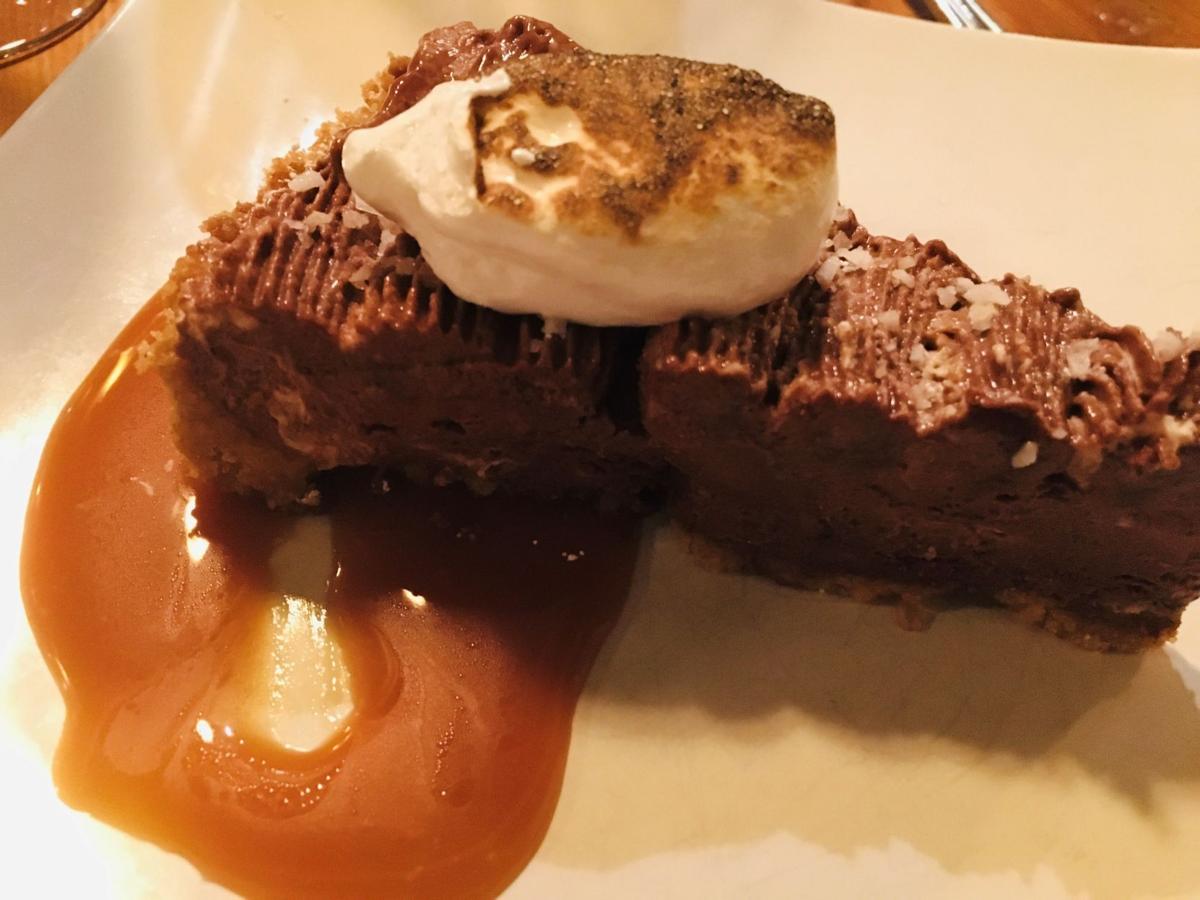 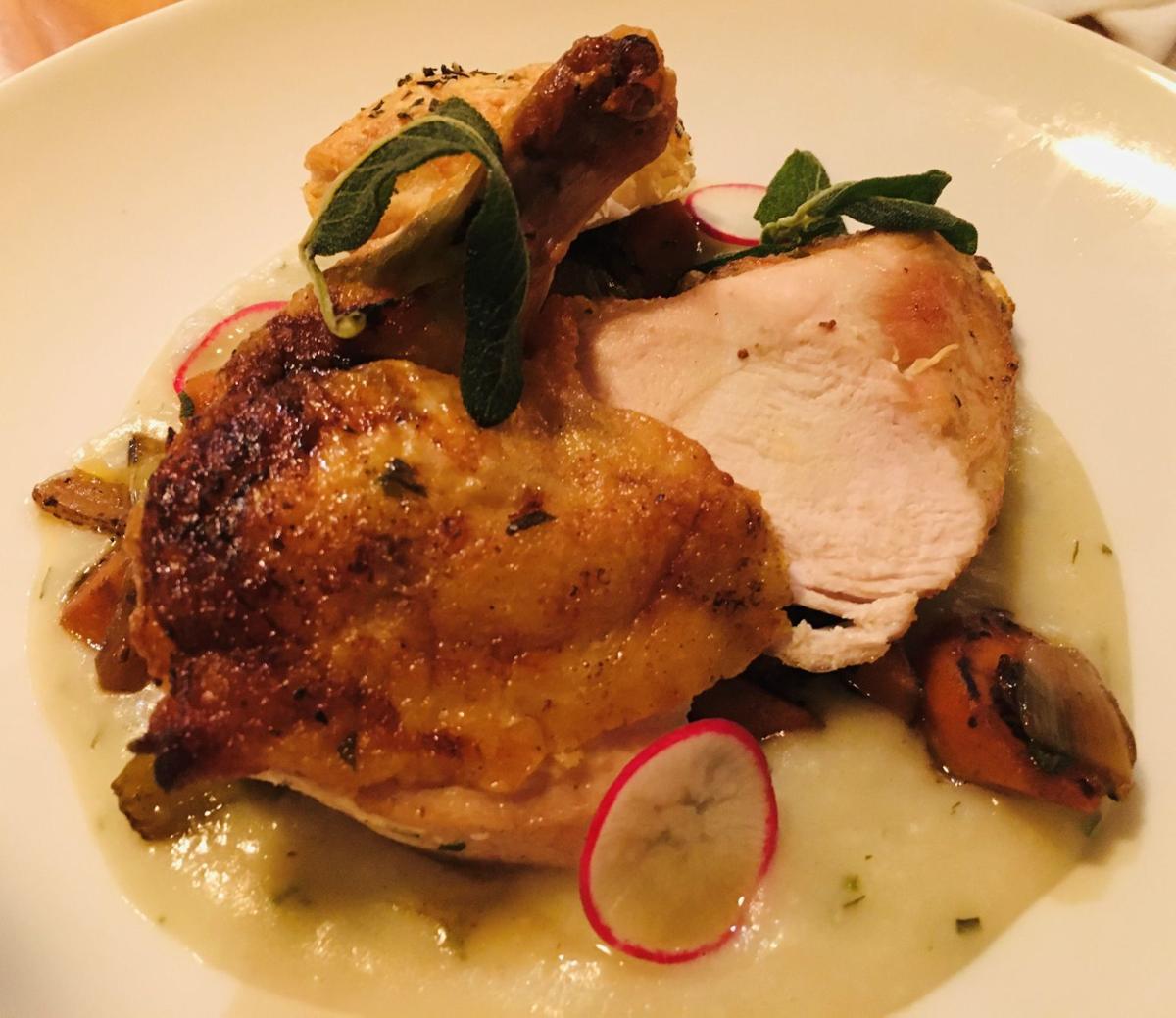 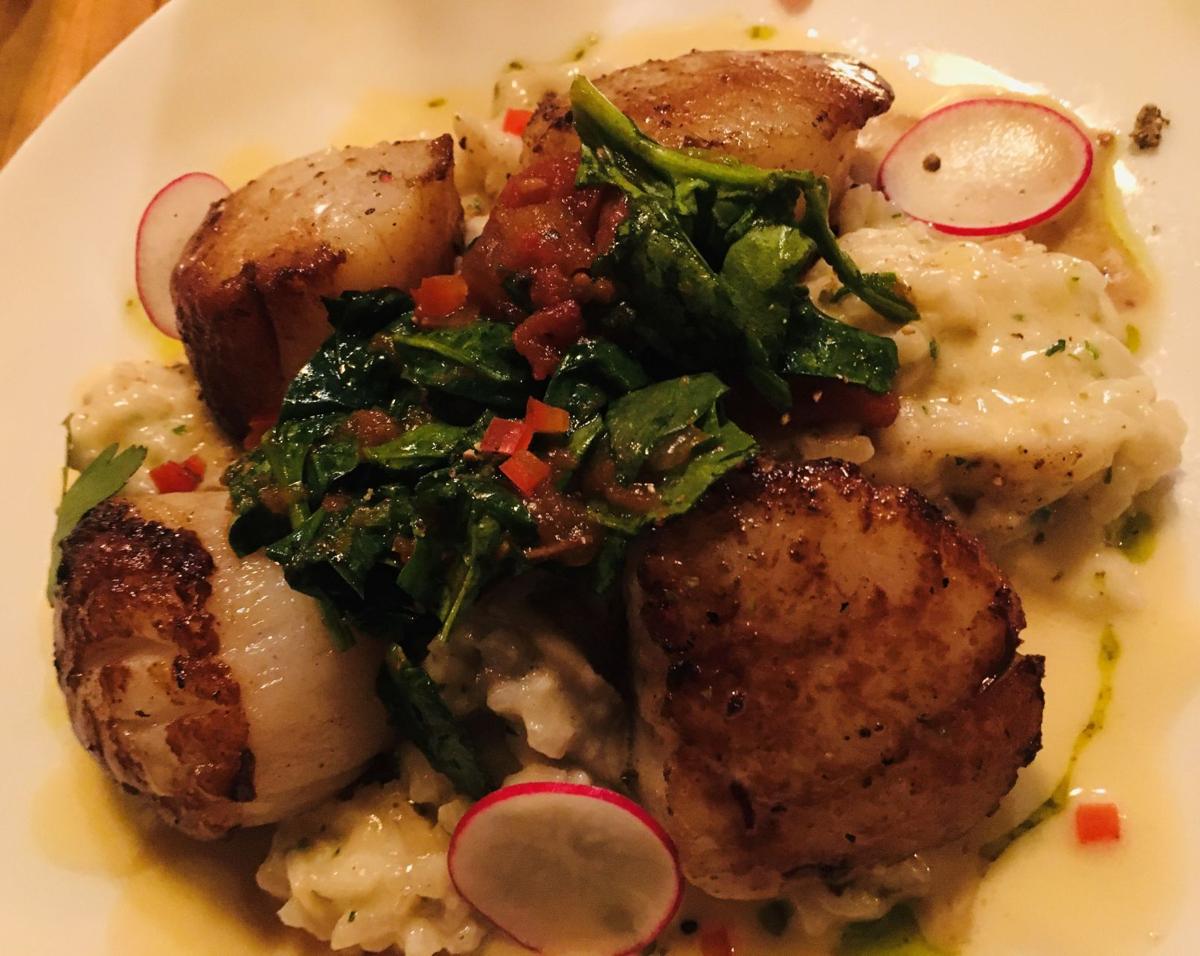 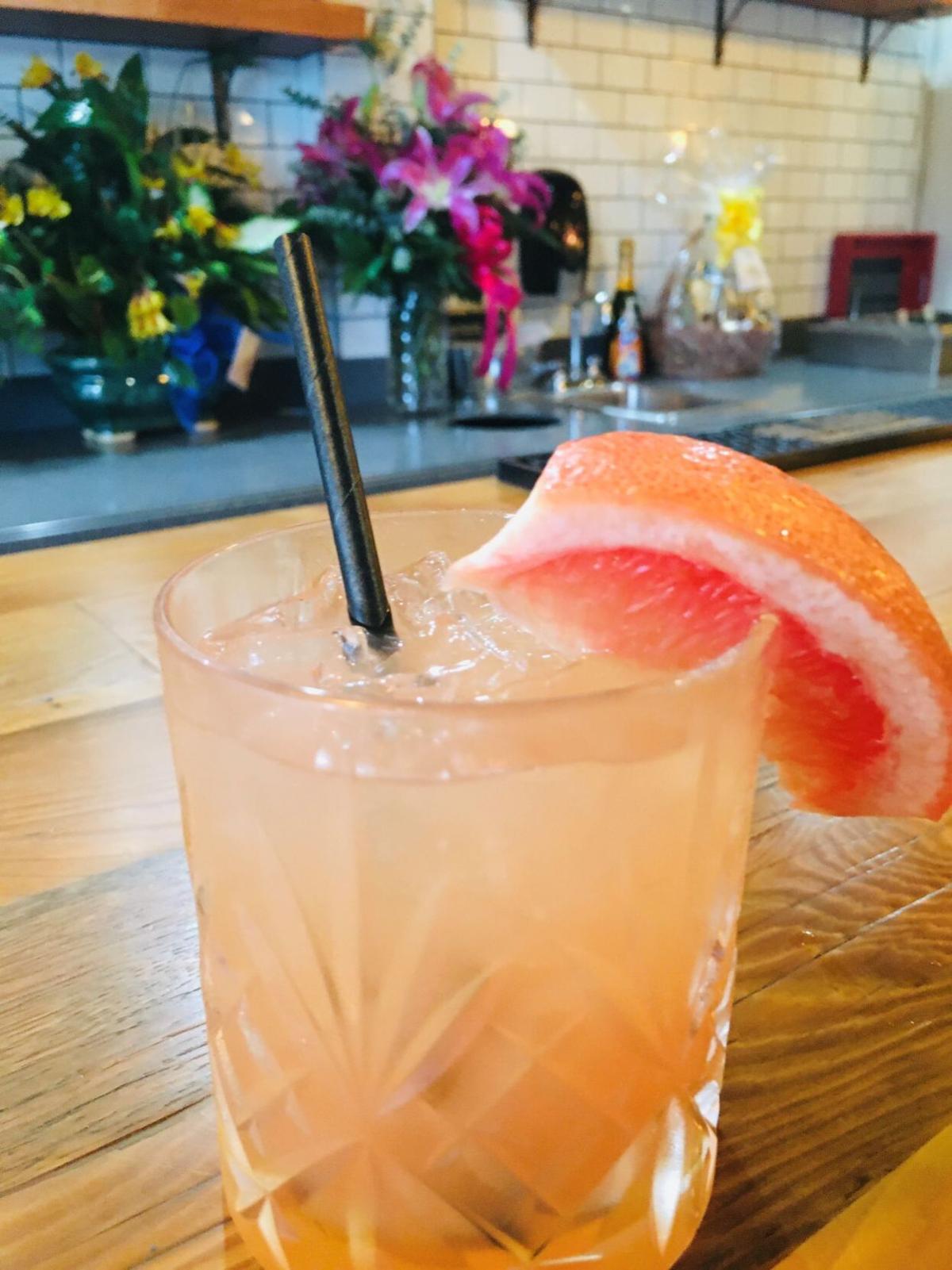 1010 Bridge features a vodka Greyhound with fresh grapefruit and cinnamon. 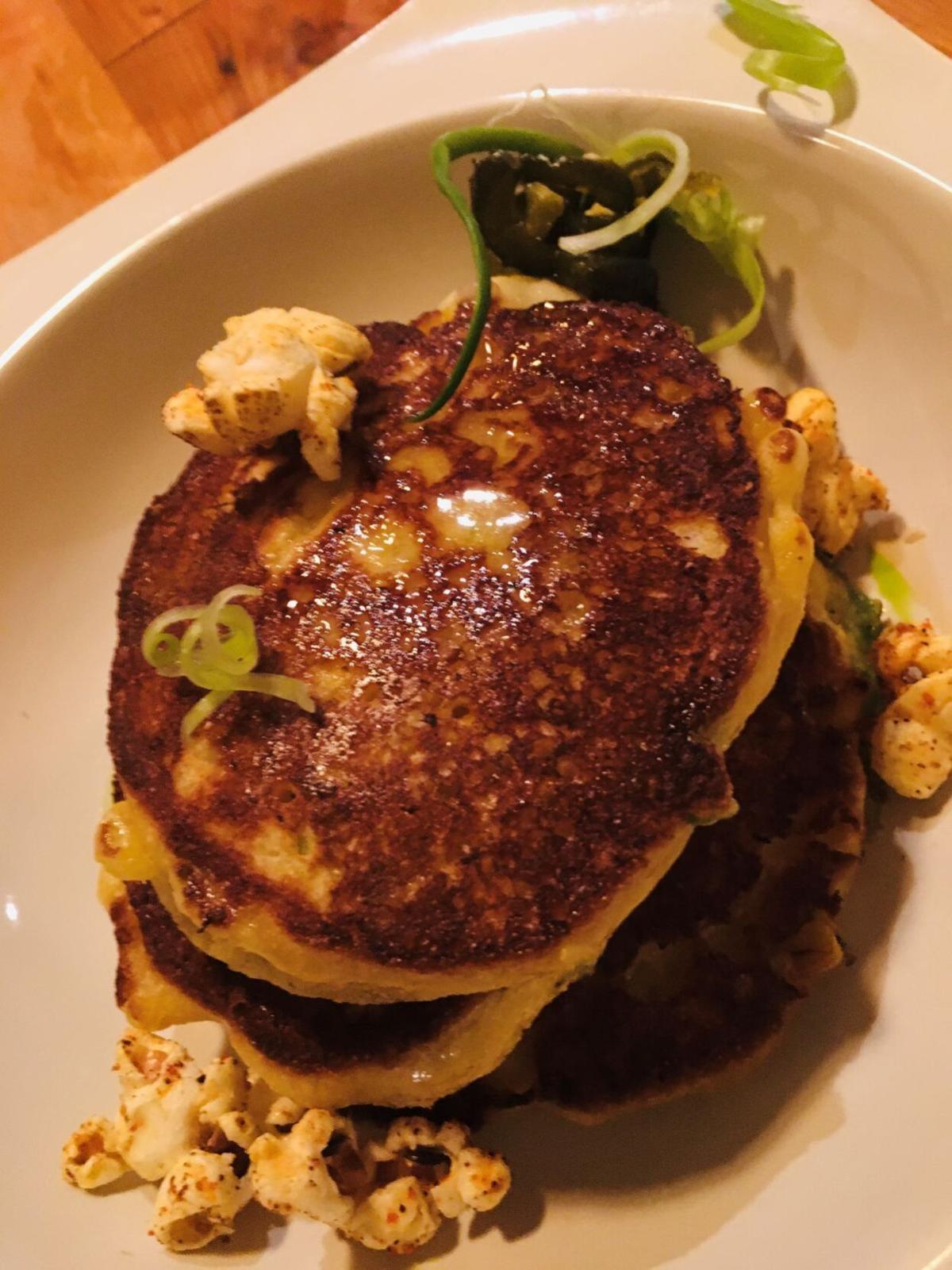 Appetizers at the new 1010 Bridge include these Bloody Butcher yellow corn and scallion griddle cakes with chile-lime popcorn and candied-jalapeno honey butter. 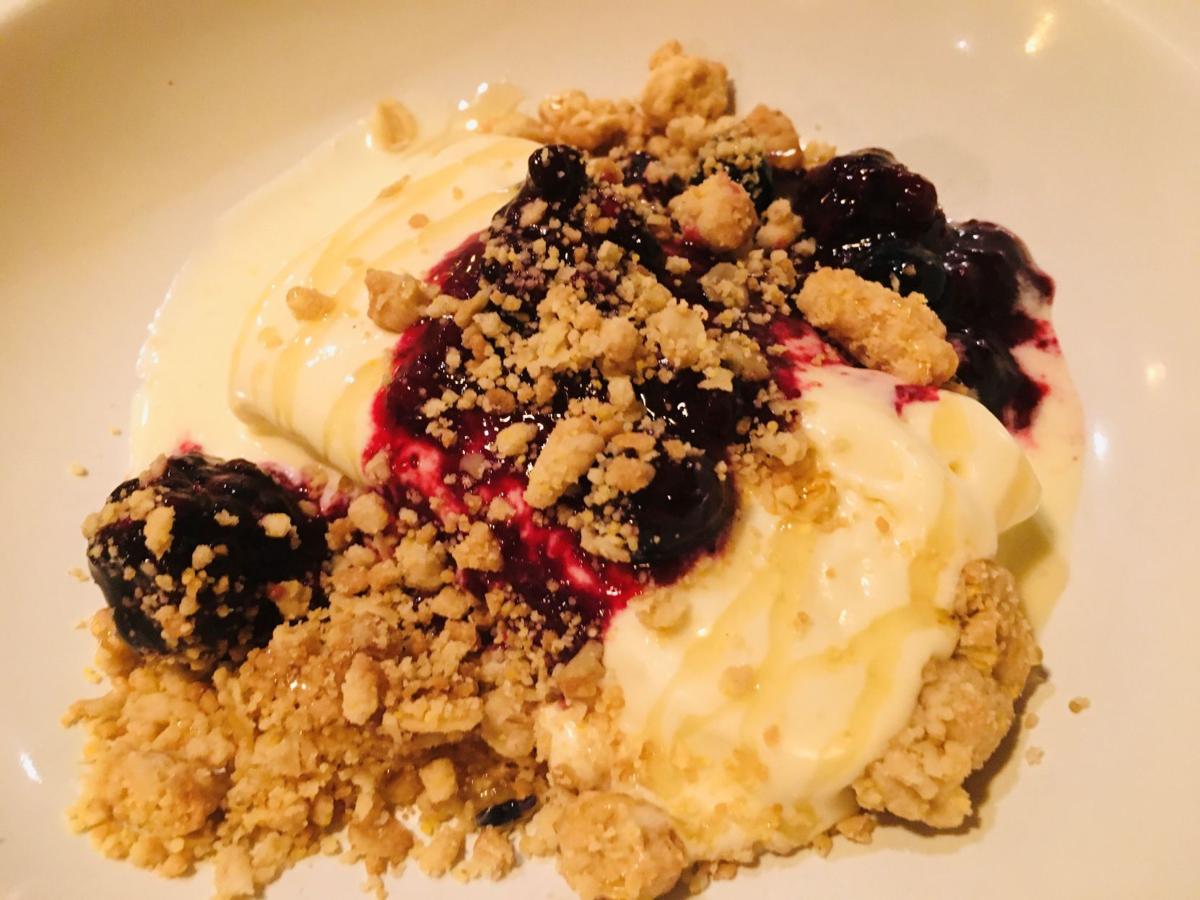 1010 Bridge features a vodka Greyhound with fresh grapefruit and cinnamon.

Appetizers at the new 1010 Bridge include these Bloody Butcher yellow corn and scallion griddle cakes with chile-lime popcorn and candied-jalapeno honey butter.

Brace yourself, local foodies, for the Next Big Thing on Charleston’s restaurant scene.

Although its official grand opening was only Tuesday night, the new 1010 Bridge Restaurant in South Hills gave us an exciting sneak peek of its food, cocktails and service during a series of VIP preview dinners over the weekend.

My family scored one of those coveted invites Saturday night (yes, we paid for everything) and were blown away by the whole experience. The space has been transformed, it was great seeing so many familiar faces and the food? Sublime.

We’ll be spending a lot of time here — and I guarantee we won’t be alone.

Located in the Bridge Road storefront that used to house South Hills Market, 1010 Bridge (not only the restaurant’s name, but also its address) is owned by longtime Bridge Road Bistro servers Aaron and Marie Clark, who have partnered with local chef Paul Smith to open their own restaurant. You’ll also see several other familiar faces working behind the bar and waiting on tables.

Built around a hyper “farm to table” concept, the restaurant realizes a longtime dream for all three of these folks, offering a fine-dining experience with an unwavering commitment to fresh, local ingredients.

That pledge is evident the second you step through the doors and see a chalkboard thanking all of the restaurant’s local farmers and suppliers. Then you’ll look around and see a gorgeous and cozy “farmhouse kitchen chic” décor that welcomes you like a warm hug.

The menu is just as inviting, featuring an impressive selection of cocktails, bar snacks, starters, salads, entrees and desserts that make deciding what to try an excruciating process of worrying about all the good things you’re probably missing.

Don’t worry, I told myself, you can try the rest later. And I shall.

Still, with four of us around the table we were able to sample an awful lot — five appetizers, five entrees and four desserts in one sitting.

We started with delicious cocktails like a bourbon sour with whipped egg whites and beet puree, a vodka Greyhound with fresh grapefruit and cinnamon, and a refreshing tropical mule flavored with coconut.

Next came gloriously good bacon-wrapped and blue cheese-stuffed dates with pomegranate-balsamic glaze, which are on a bar menu that also includes brie beignets with seasonal jelly. OMG.

No way we could pick a favorite, and there are a handful of other options that sounded just as amazing.

As good as the salads looked, we dove straight into entrees next. There was a highly recommended cider-brined bone-in Berkshire pork chop with sweet potato hash, leek confit and chipotle-cherry jus, plus an amazing looking take on shrimp and grits consisting of grilled shrimp and Angelo’s Old World Sausage skewers over roasted corn-scallion grits with black-eyed pea succotash and creole shrimp butter. (I’m SO getting that next time!)

And those are the dishes we DIDN’T order.

What we did adore was a delicious Risotto Carbonara with applewood-smoked bacon, English peas, crispy shallots and shaved Pecorino with cured egg yolk, plus a Dijon and dill-crusted salmon served with Yukon Gold potato souffle and citrus-roasted summer squash.

Was there anything we’d change? Sure.

The pan-seared (giant!) sea scallops with Hernshaw Farms mushroom risotto and sautéed spinach needed just a sprinkle more salt to finish every component, and the “1010 Cut” filet served with lobster mac-and-cheese, Cabernet reduction and truffled foie gras-shallot butter practically melted in your mouth, but also needed a punch more seasoning on the steak itself.

That didn’t stop us from devouring it, mind you, but all four at our table agreed it needed a little boost.

The herb-marinated Joyce Farms chicken was a little dry and definitely needed more of the “pot pie” velouté sauce poured over it, which the chef came out and acknowledged before I even had a chance to mention it. (The brown butter-sage dumplings accompanying it, though, were flawless.)

At least that’s how we capped off the night, with one of every dessert offered.

Service throughout the evening was without fail and there was a whole “celebratory” feel about the experience that’s hard to capture in words. This place, to borrow a ridiculously overused word these days, is awesome.

The South Hills Market restaurant that 1010 Bridge replaces here was once one of my top three restaurants in the valley when it came to offering an overall fine-dining experience that fired on all cylinders.

It may only be two days old, but 1010 Bridge is already in that elite group.