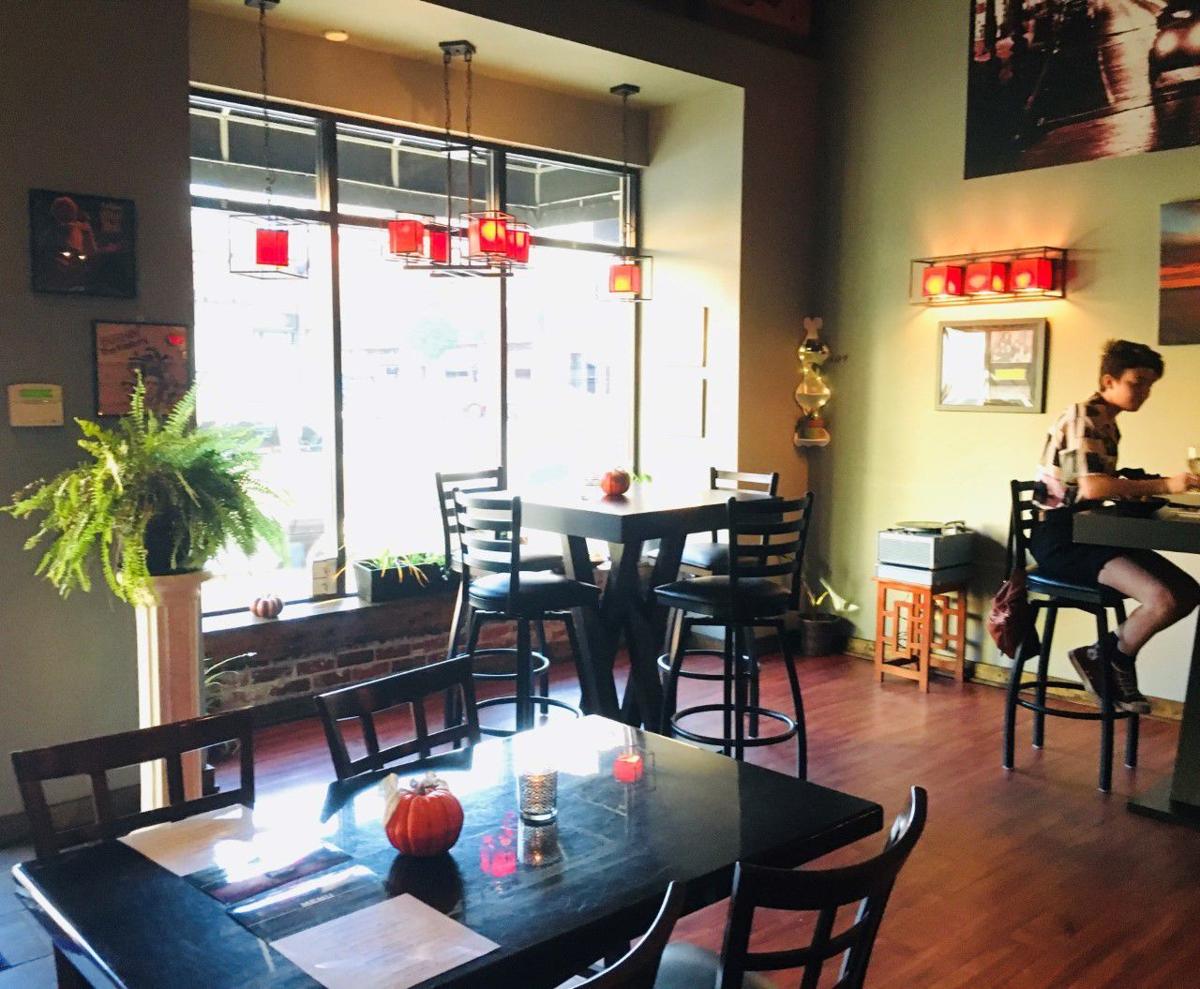 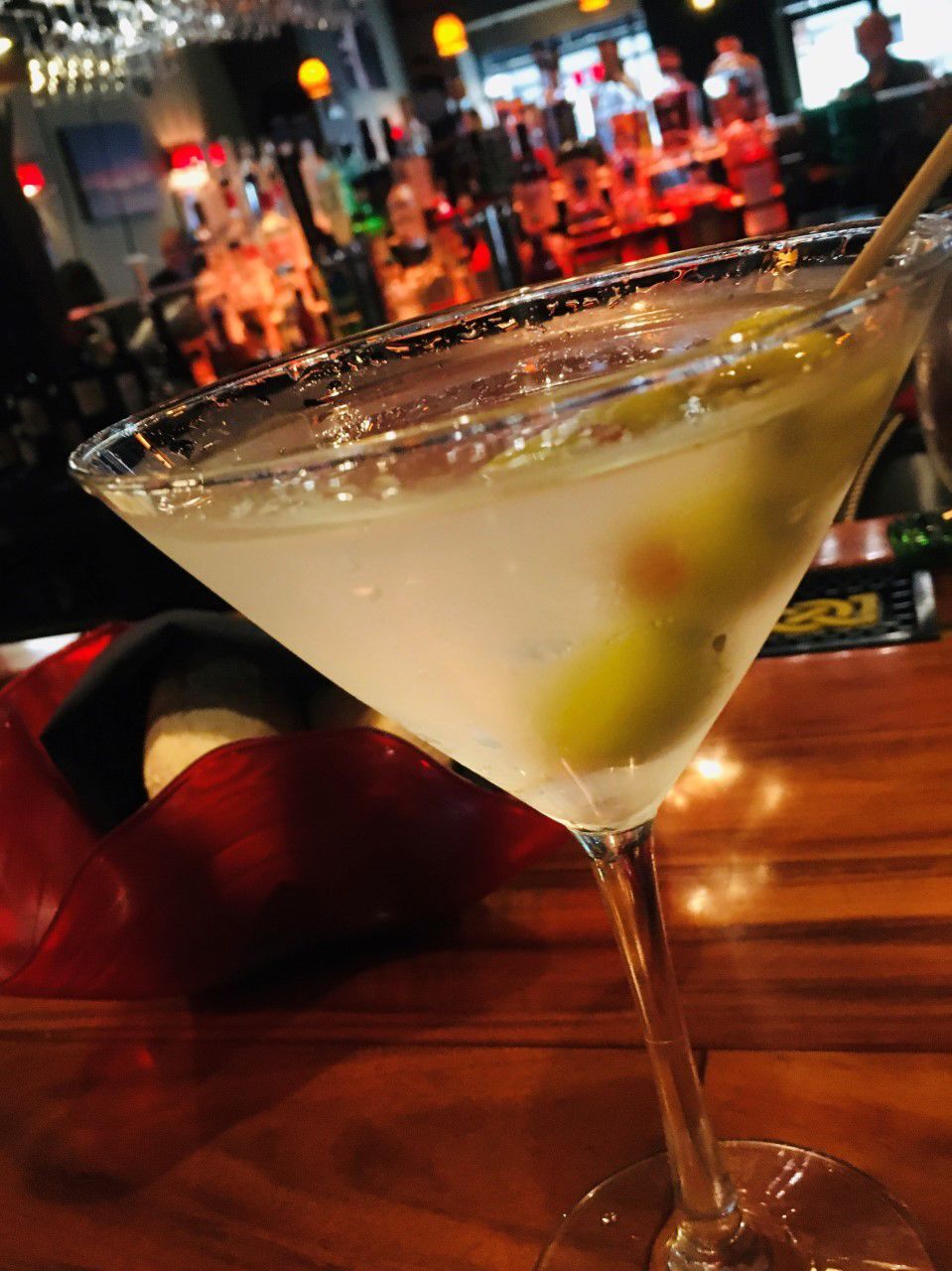 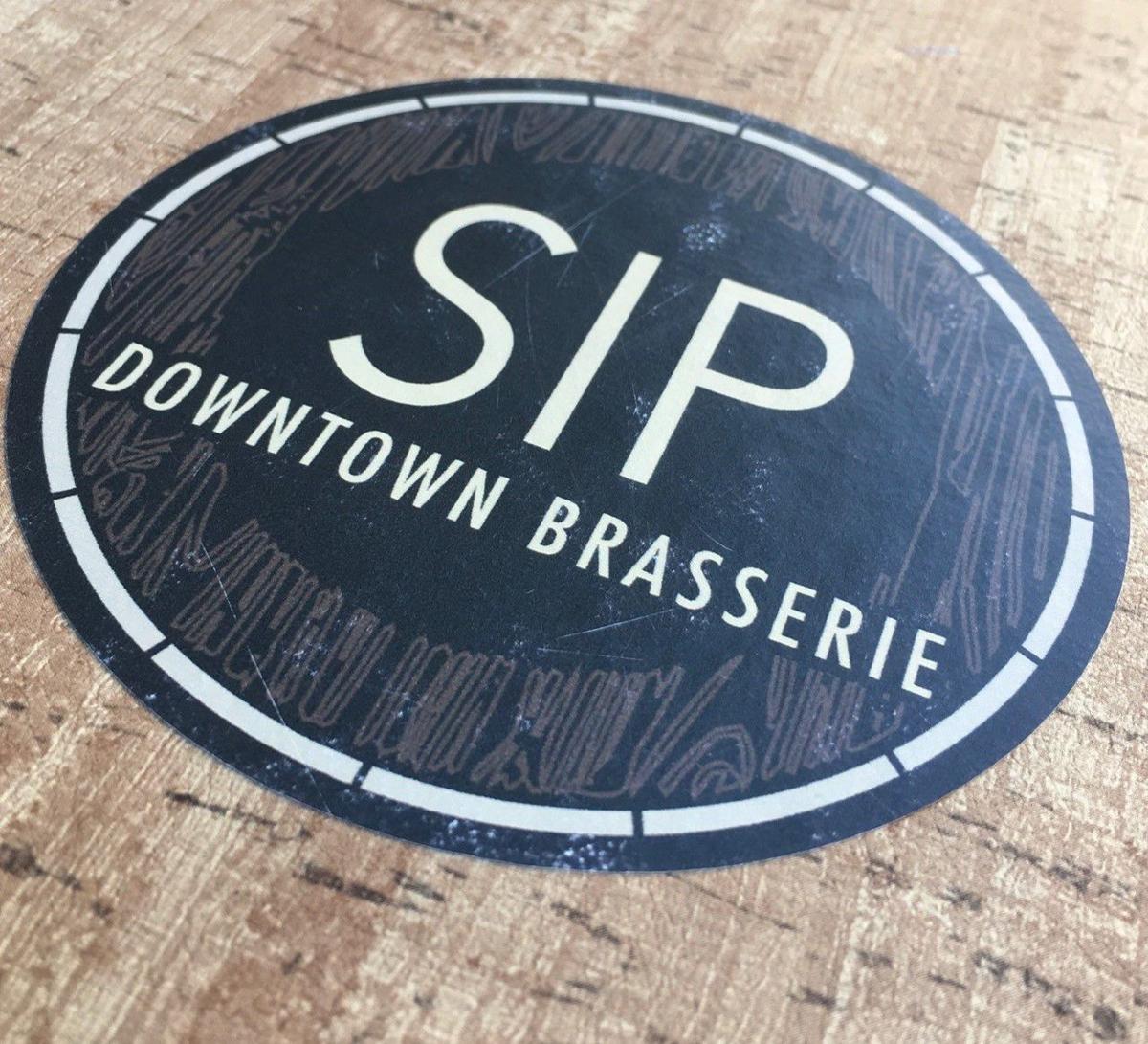 It's both a name and a suggestion. 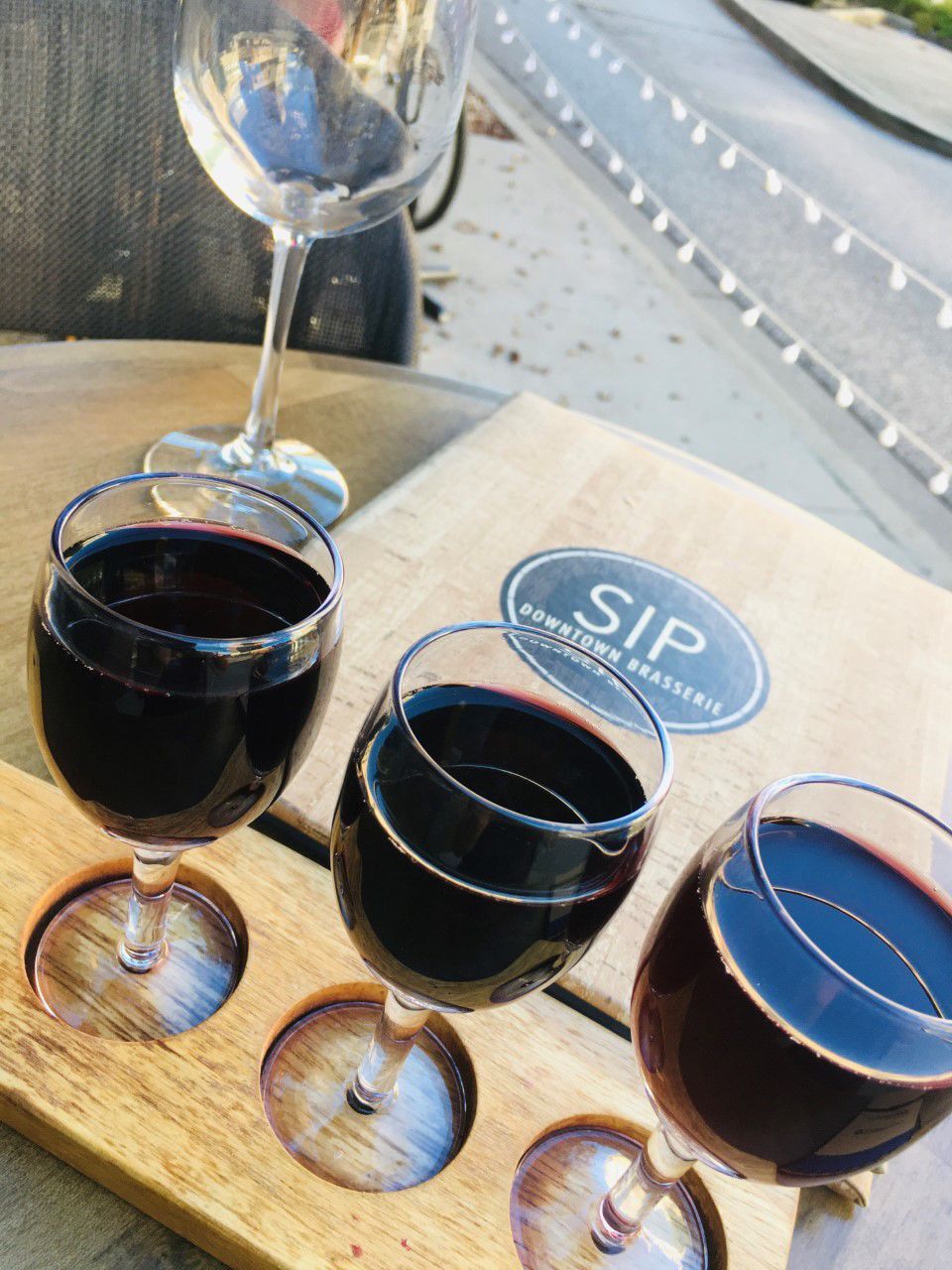 The wine bar at Sip. 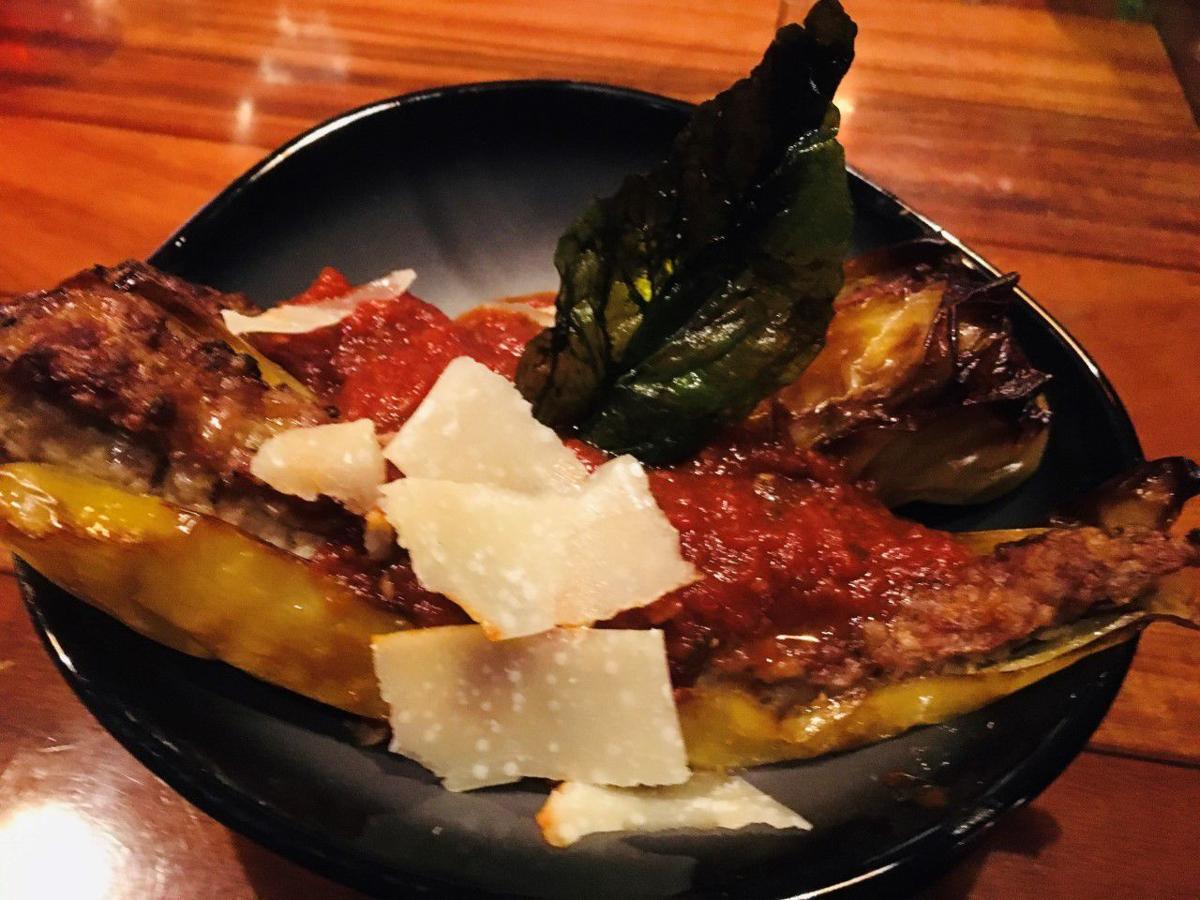 The Stuffed Pepper from Sunset Grill may look -- and taste -- familiar to patrons of Charleston's Bridge Road Bistro. 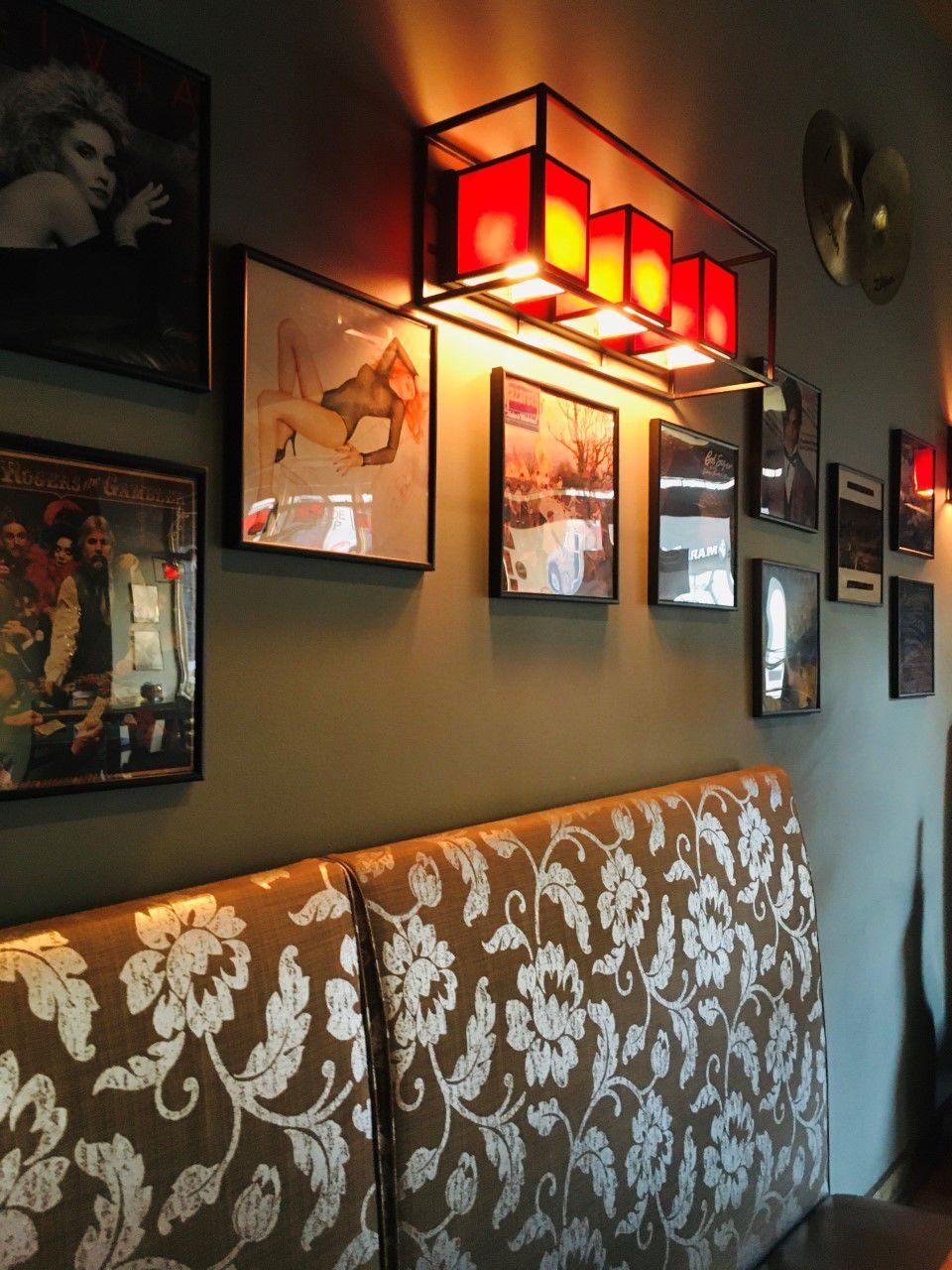 The Sunset Grill interior is both warm and welcoming. 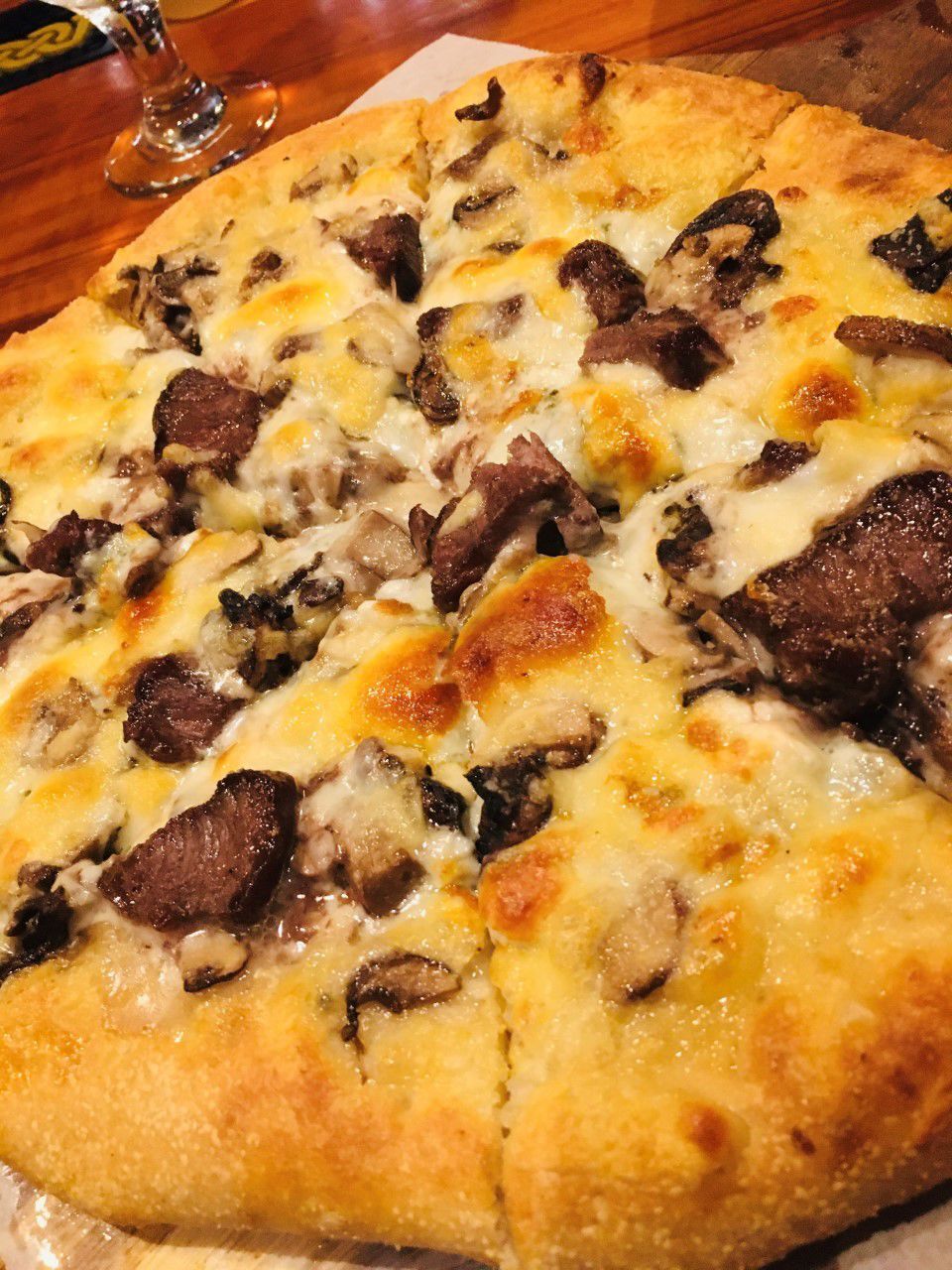 It's both a name and a suggestion.

The wine bar at Sip.

The Stuffed Pepper from Sunset Grill may look -- and taste -- familiar to patrons of Charleston's Bridge Road Bistro.

The Sunset Grill interior is both warm and welcoming.

The next time you’re in downtown Huntington you really should (cue the Don Henley music) go down to the Sunset Grill.

Offering a locally sourced menu that not only features fresh meats and produce, but also supports the region’s farmers and food producers, the newish sister restaurant by Bridge Road Bistro owner Sandy Call was just starting to hit its stride when COVID-19 struck, forcing it to close for months.

Now that it’s reopened, I finally got a chance to make the trip down I-64 for dinner one recent evening. Not only is the restaurant’s decor, ambiance and vibe SO very cool, but I also enjoyed wonderful food and drinks there as well.

Located in the West Virginia Building on Fourth Avenue in the same spot that previously housed Huntington Prime and Prime on 4th (also places I loved), Sunset Grill has picked right up where they left off, just with a more casual menu and vibe.

Although you’ll find the same favorites here that appear on Bridge Road Bistro’s new menu in Charleston, I opted for a few new dishes I hadn’t tried before.

To kick things off, I ordered the Angelo’s Old World Sausage stuffed Banana Pepper with marinara and shaved Parmesan. This baby was hot, I’m not gonna lie, and spicy-hot foods are usually not my thing. But this giant pepper packed its heat perfectly balanced with the savory sausage, slightly sweet marinara and rich, creamy Parmesan to create a perfectly composed little dish.

As I savored its last bite, I became mesmerized by the flames dancing inside the open brick oven at the end of the bar (and the piping hot pies coming from it) so I was helpless to even consider anything else for my entree.

And the steak, wild mushroom and truffle oil pizza with mozzarella and blue cheese that scratched that itch certainly lived up to my expectations.

Dessert options included creme brûlée, carrot cake, cheesecake and local ice cream. But since I’ve already enjoyed all of those at the Bistro in Charleston, I decided to end my evening with a specialty nightcap that did indeed cap off the evening perfectly. Inspired by country music singer Tyler Childers, the bartender’s signature “Whitehouse Road” packed an awesome, boozy punch.

Growing up just outside of Huntington and graduating from Marshall University, that town will always hold a special place in my heart. And of that river city’s many fine restaurants, I now count Sunset Grill among them.

Before heading to Sunset Grill for dinner, I did a walkabout downtown Huntington past some of my favorite food and watering holes there (21 at The Frederick and Le Bistro) and stopped to have a sip at, well, Sip.

Sip Wine and Whiskey Bar pours more than 40 wines and 30 whiskeys from around the world, most of which you can sample in special flights that let you try lots of different styles and flavors.

I fell in love with this place when it first opened at Huntington’s Heritage Station several years ago, but this was my first visit to the larger digs they later moved into a few blocks away on 9th Street.

The new place is gorgeous — full of rich wood accents and warm, modern decor — and a seat on the patio provided a great al fresco spot for people-watching.

Although there were pages of tempting wines and whiskeys to choose from, along with cocktails and craft beers, I decided to create my own flight of enticing reds by requesting small pours of the Ken Forrester Pinotage from Stellenbosch, South Africa; a Cloudfall Pinot from Monterrey, CA; and the Domaine Tollot Beaut, a lovely “French Pinot Noir” from Burgundy, France.

Delicious, the whole lot of them.

Had I not been on my way to dinner, an inventive menu tempted plates like international meats and artisanal cheeses, caramelized bacon with figs, maple and bourbon-glazed wings, crab cakes with creamy sriracha remoulade, classic Coq Au Vin (braised chicken with root vegetables and mushrooms) and bourbon-infused cotton candy paired with caramel popcorn for dessert.

How fun is that?

A reader’s request for help tracking down a beloved recipe from the old Toddle House in Charleston stirred up lots of memories about the old restaurant on Washington Street – but alas, no actual recipe for the chocolate pie in question.

“Hello Food Guy, I remember Toddle House!” said reader Richard Boyd. “It was in the 1400 block of Washington Street, across the street from where Zegeer Hardware and Subway are today. We ate there a lot when I was growing up on Chamberlain Court.”

He recalled it was a small white building with a few booths and a counter that probably didn’t seat more than 25 people.

“What I remember most is their chopped steak,” he added. “This wasn’t ground meat, but steak chopped in little pieces. It was fried in a metal ring to hold it together, the way Waffle House does hash browns. Sorry, I can’t help with the pie.”

“It was so cute, with 8 or 10 stools at a bar,” said reader Fran Fasenmaier. “I liked watching the ladies cook the hash browns, that were sprinkled with paprika and tossed artfully in an iron skillet.”

She said the place was always open, even all night, when you could see big rigs parked across the street and the backs of the truckers lined upon the stools for their coffee.

“It was often so full that you had to wait for a seat.”

But that famous pie in question? It may not have been scratch-made on site.

“The pies came in frozen, as I recall, and they had to thaw them out,” Fasenmaier said. “They were chocolate and lemon cream pies, had a regular crust and a whipped cream-like topping. Yes, they were good, but I don’t think they were made locally.”