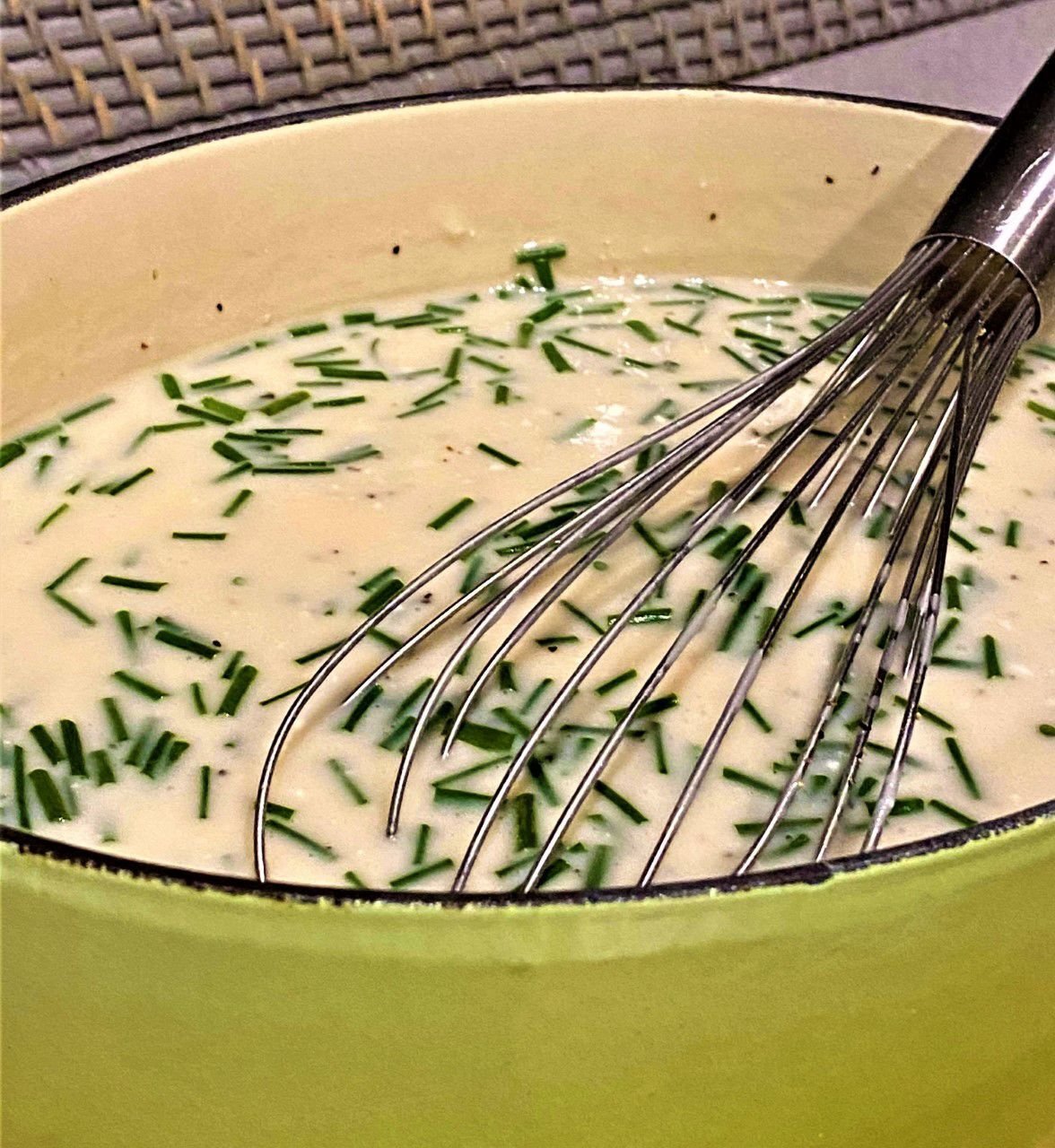 Brian Ball, who co-owned and managed The Red Fox along with late chef Margaret Ann Ball, whipped up a batch and shared the recipe with readers of The Food Guy. Decades ago, the award-winning menu put the restaurant on the national culinary map. 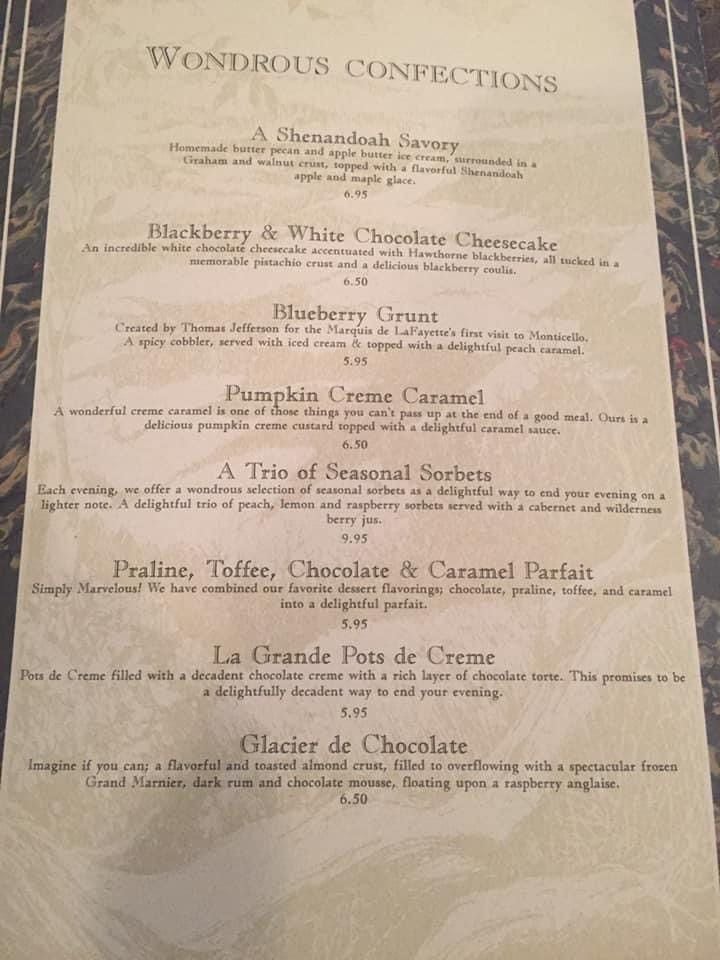 The dessert menu from The Red Fox.

Brian Ball, who co-owned and managed The Red Fox along with late chef Margaret Ann Ball, whipped up a batch and shared the recipe with readers of The Food Guy. Decades ago, the award-winning menu put the restaurant on the national culinary map.

The dessert menu from The Red Fox.

You know that cottage cheese soup we’ve been talking about?

That bowl of wonder served at The Red Fox Inn at Snowshoe Mountain that’s so beloved people are still talking about it almost 40 years after it first appeared on the menu?

And nearly 15 years after the restaurant closed?

The one featured in national magazines like Gourmet and Bon Appetite — but never with the recipe, which was a tightly held secret all those years?

Well, I’ve got the recipe you can make at home. And not only that, I’m going to tell you where you can still enjoy it at a restaurant in that same area today.

After Charleston reader Susan Brasselle requested my help tracking down the recipe for this iconic blast from the past, I reached out to Brian Ball, who co-owned and managed the restaurant along with late chef Margaret Ann Ball, whose award-winning menu put The Red Fox on the national culinary map.

It was on Fodor’s list of the top 25 restaurants in the country at one time. And, as the story goes, it was the first to unseat The Greenbrier as West Virginia’s best restaurant, according to longtime (and legendary!) Charleston Gazette restaurant critic Delmer Robinson.

I had a great time reminiscing with Brian about the good ol’ days, including my own memorable evenings enjoying phenomenal food and wine in the restaurant’s uber-cozy surroundings. (Those wild boar medallions? Don’t get me started.)

While acknowledging that Margaret Ann was the mastermind behind the soup’s creation, Brian said he spent enough time in the kitchen back then to recreate the recipe I’m sharing today.

He cautions, though, that it has been updated for modern home cooks.

“We used to make this soup in large batches using ingredients we’d get through our restaurant suppliers,” he explained, “so I’ve adapted it to make in smaller quantities at home with ingredients easily found at the store.”

I made a batch myself this weekend and it took me right back to Snowshoe Mountain some 20 years ago.

“It’s amazing to me that people are still talking about this soup that we first made 38 or 39 years ago,” Brian said. “Several big national magazines contacted us for the recipe and we even over-nighted a batch of it to a woman as part of her dying wish.”

So now that we have the recipe, let’s answer a few more burning questions about this cottage cheese soup ...

Where did the recipe come from?

Despite stories that it was created on a whim, just using whatever ingredients were found in the kitchen one night, Ball said that was not the case.

“The recipe was actually given to us by a friend, who asked that we not share it at the time,” he explained. “But so much time has passed and Margaret Ann (who passed away 10 years ago) loved sharing good food, so it will be nice for people to be able to remember her and the restaurant by enjoying this soup again.”

Is it true that Campbell’s Soup once offered her a whole lot of money for the recipe, so they could mass-produce it to sell in stores?

Reader Greg Eads reports that Ellie May’s Ole Mill Restaurant at Elk Springs Resort near Snowshoe has a “cottage cheese bisque” on their menu that some swear is the same recipe from The Red Fox. Could it be?!

“Yep, it’s the same soup,” he confirmed. “The current chef at Elk Springs was a sous chef at The Red Fox and makes it there now. There are others from the old kitchen still working around the state, so the original recipe is definitely still floating around out there.”

You can order a bowl at Elk Springs for a steal at $7.

The reader I mentioned above, Greg Eads, has been following this story with great interest, having been a big fan of the soup’s legend for many years. He said he once met one of Margaret Ann’s daughters, one of the few people to still have the original recipe.

“I was in possession of a framed letter that had come from The Red Fox after it closed,” he said. “The letter was dated in the early 1990s and was from the editor of Bon Appetit, offering to feature the recipe in the magazine.”

“I guess you could say that cottage cheese soup has become somewhat of a legend,” he added. “And it’s as delicious as the legend says. Really top notch.”

8 cloves garlic, chopped and smashed into a paste

Melt butter in a pot over medium heat and gently sauté garlic for a few minutes until cooked and fragrant.

Add flour and whisk constantly to cook off the raw taste of the flour and allow the mixture to thicken, forming a roux.

Whisk in the chicken stock to blend, then stir in heavy cream.

Season with black pepper and fresh chives, then reduce heat and simmer for about 10 minutes until soup starts to thicken.

“I'd be happy dining at The Red Fox Inn at sea level: To find it at nearly a mile up in the West Virginia outback was remarkable. But there, that's the surprising nature of Snowshoe...”