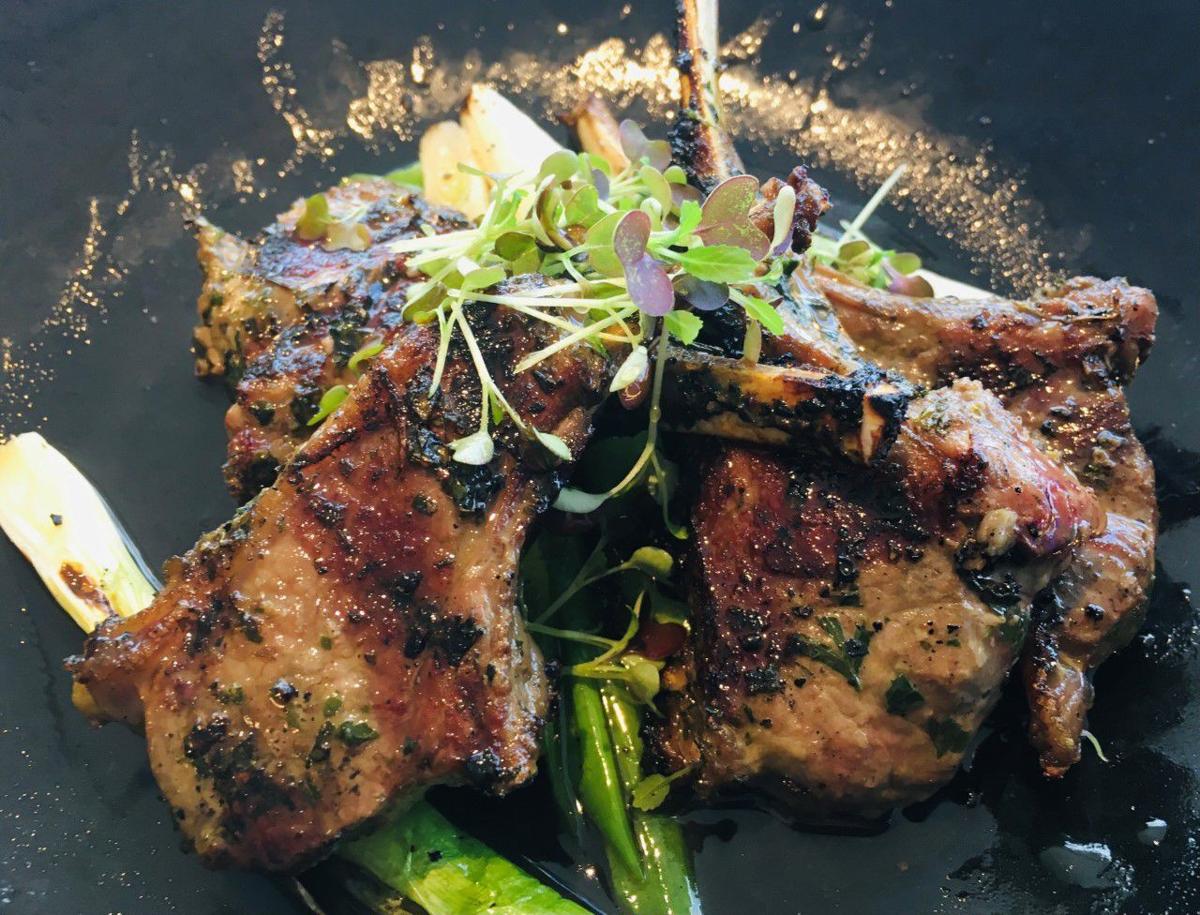 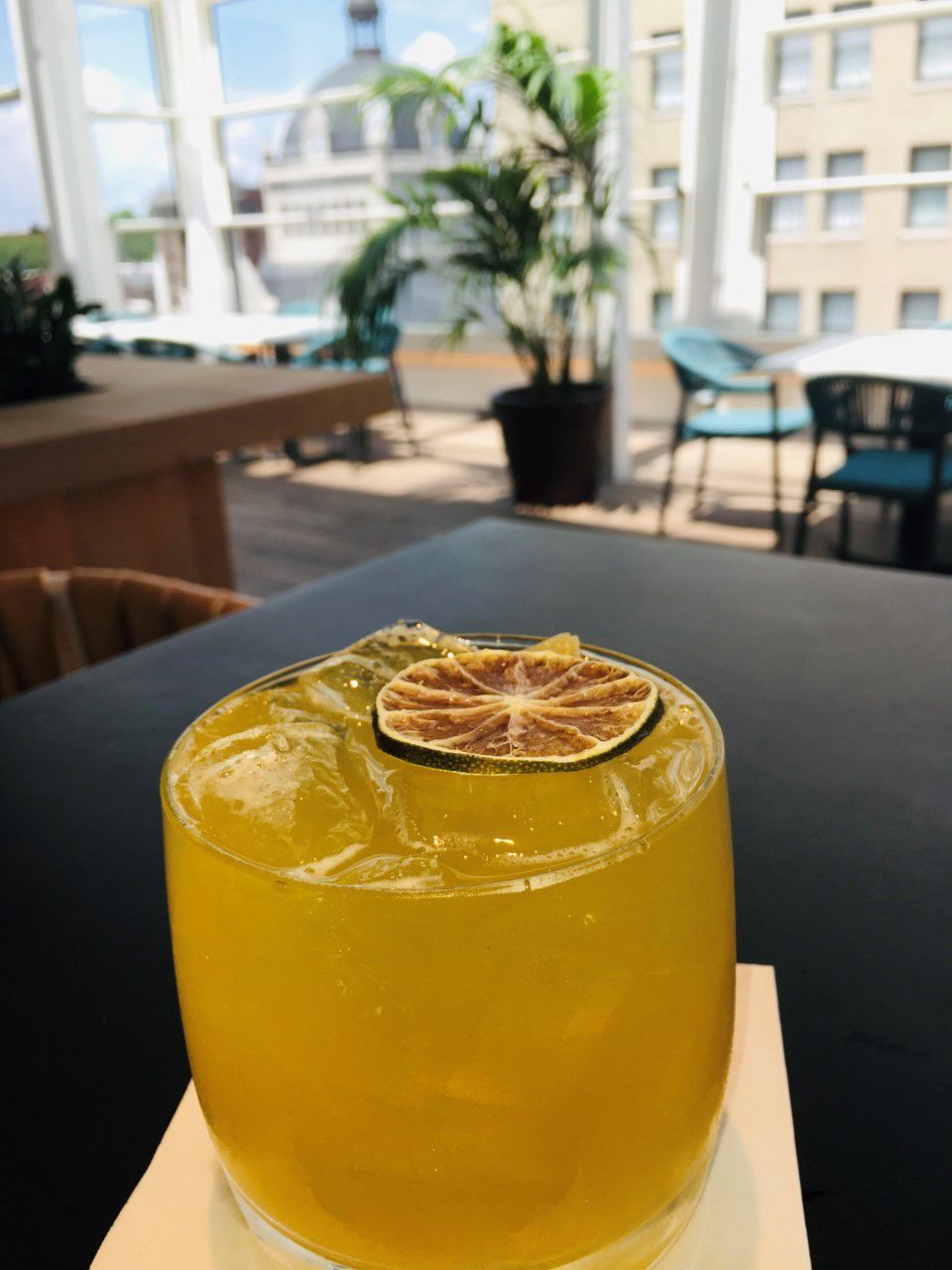 The Bourbon Cocktail from Infinity Skybar 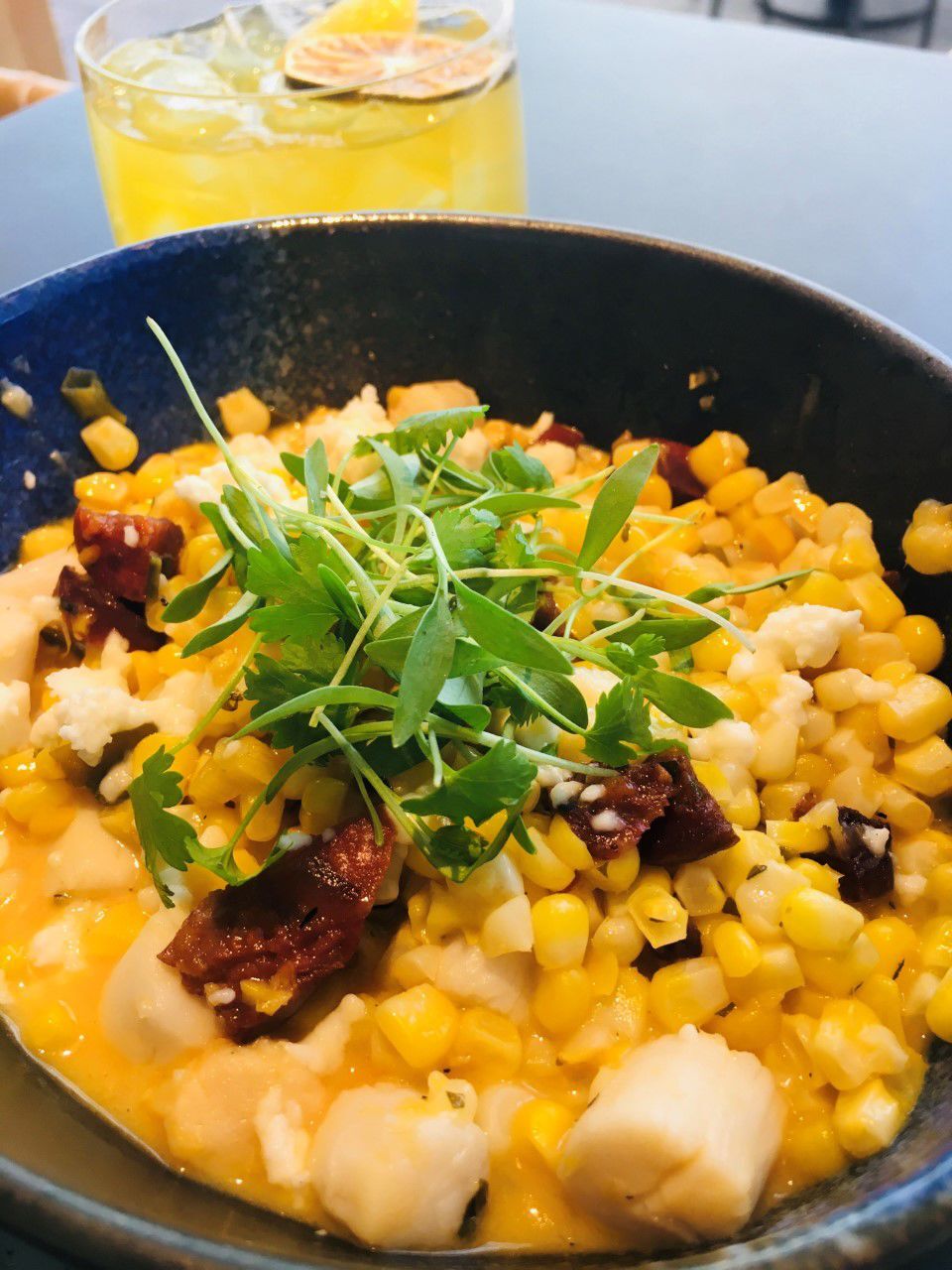 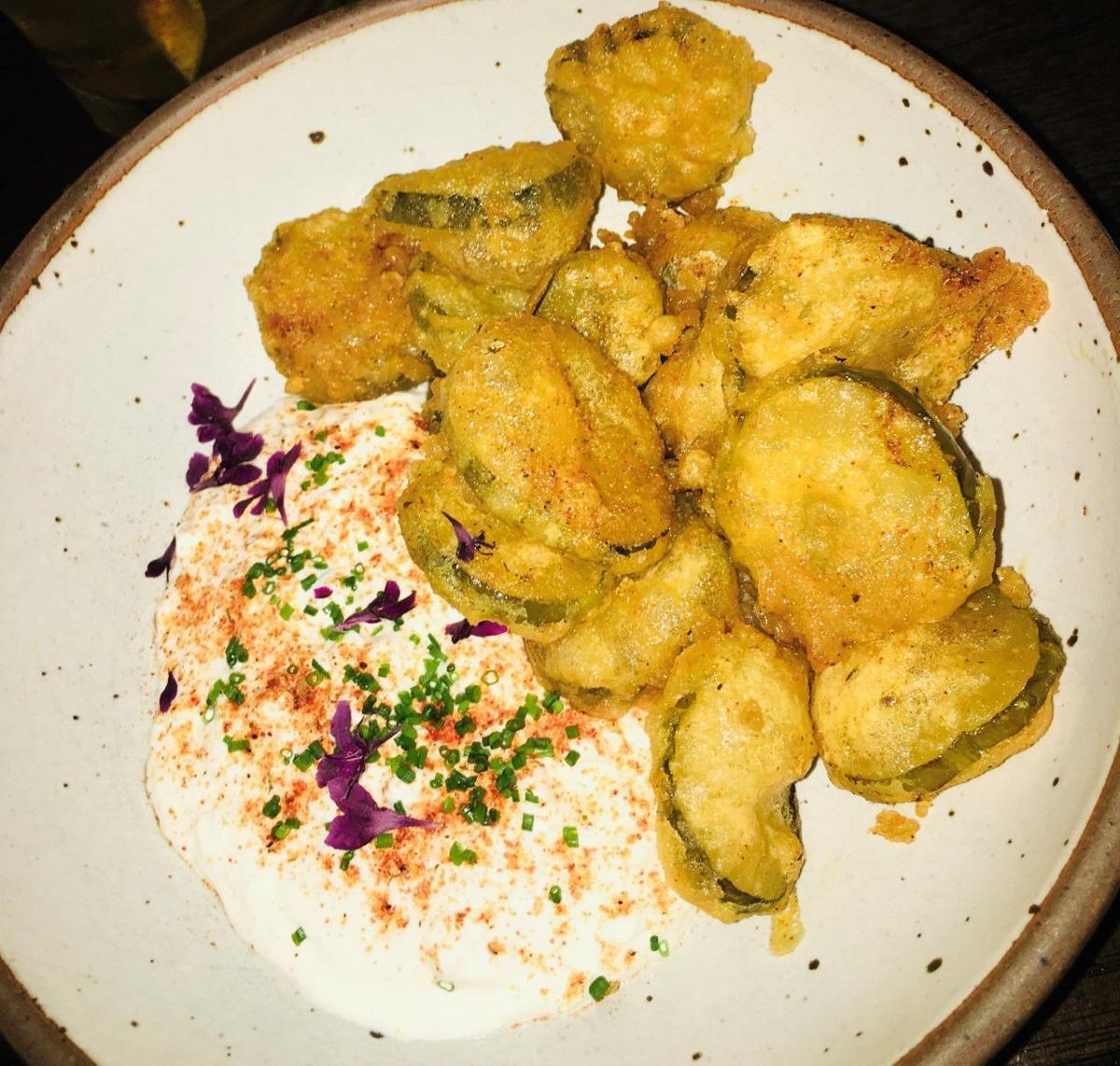 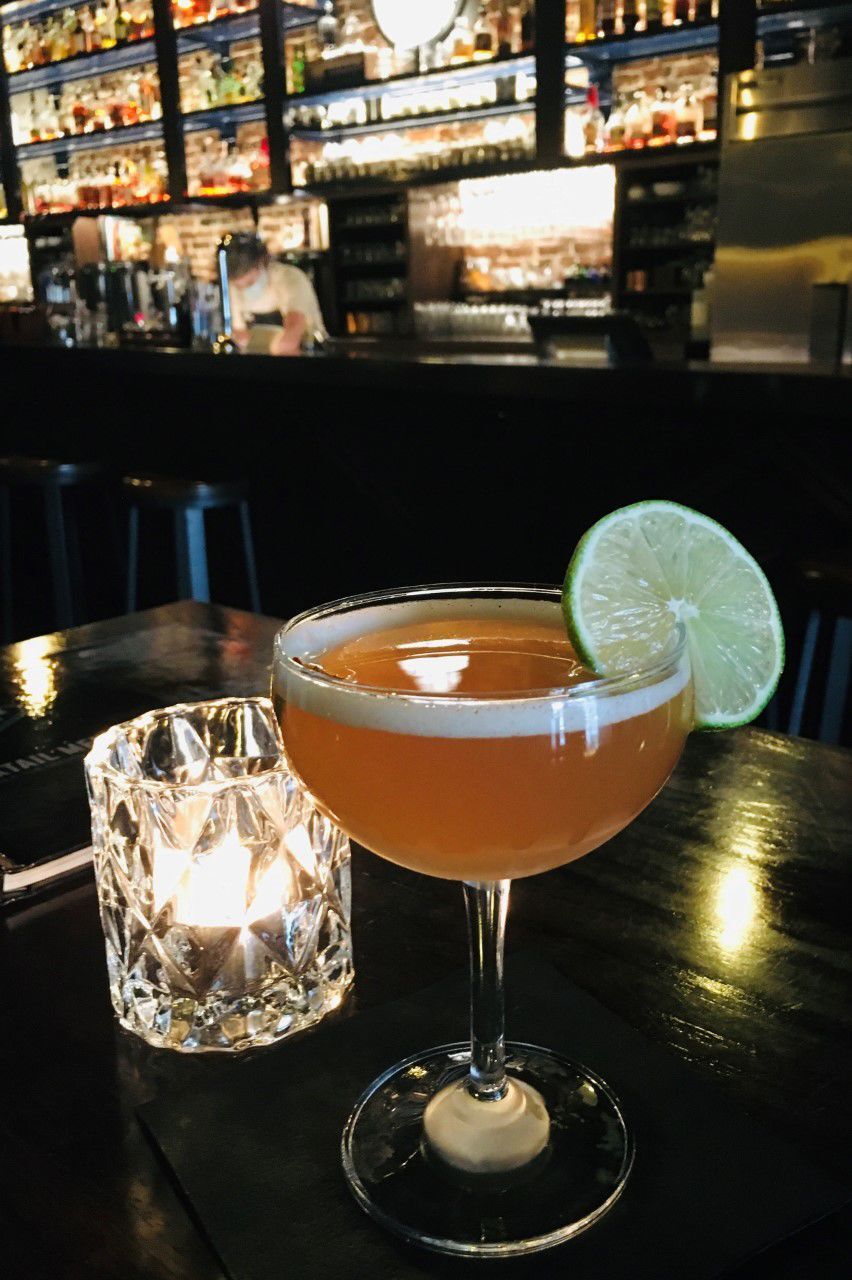 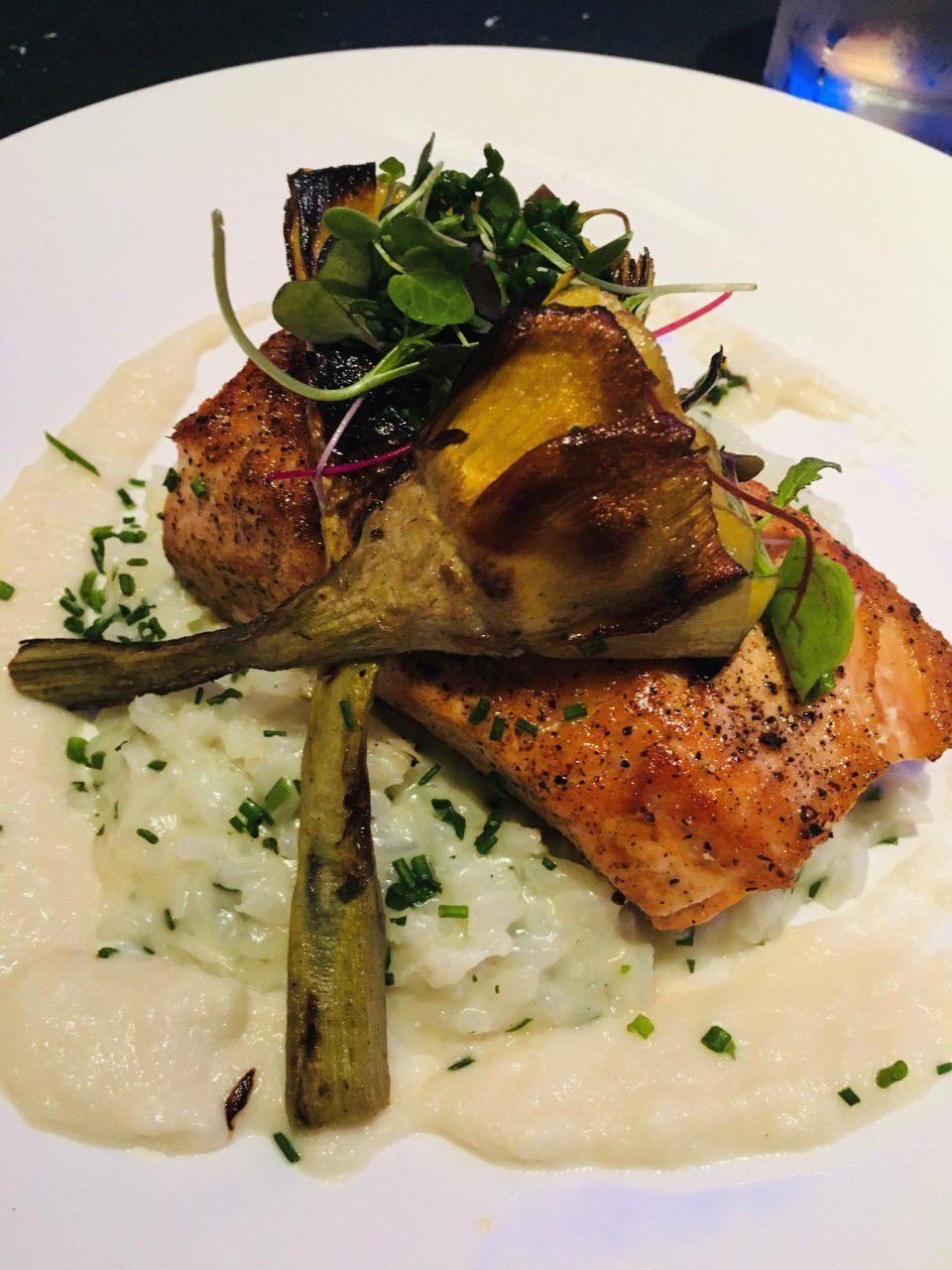 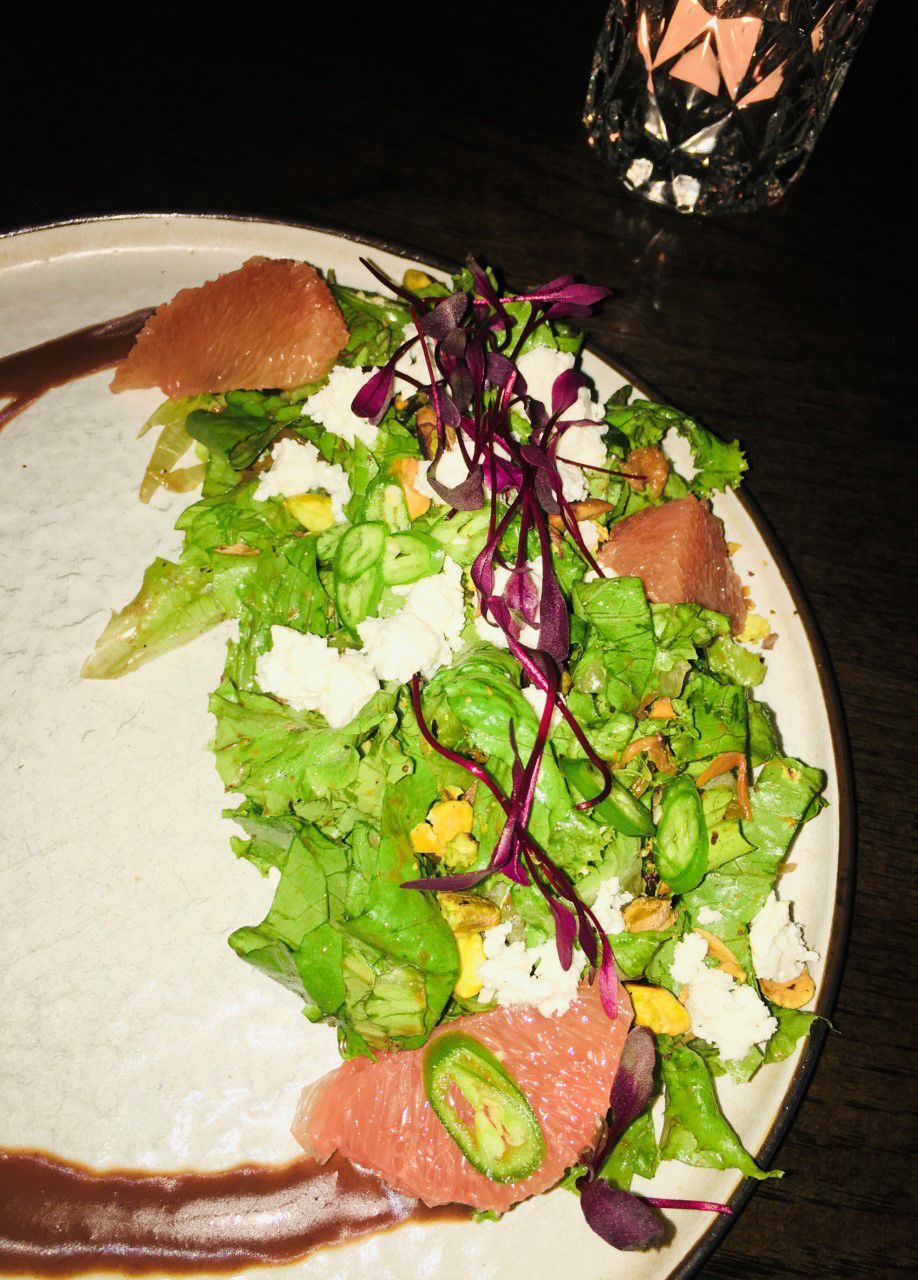 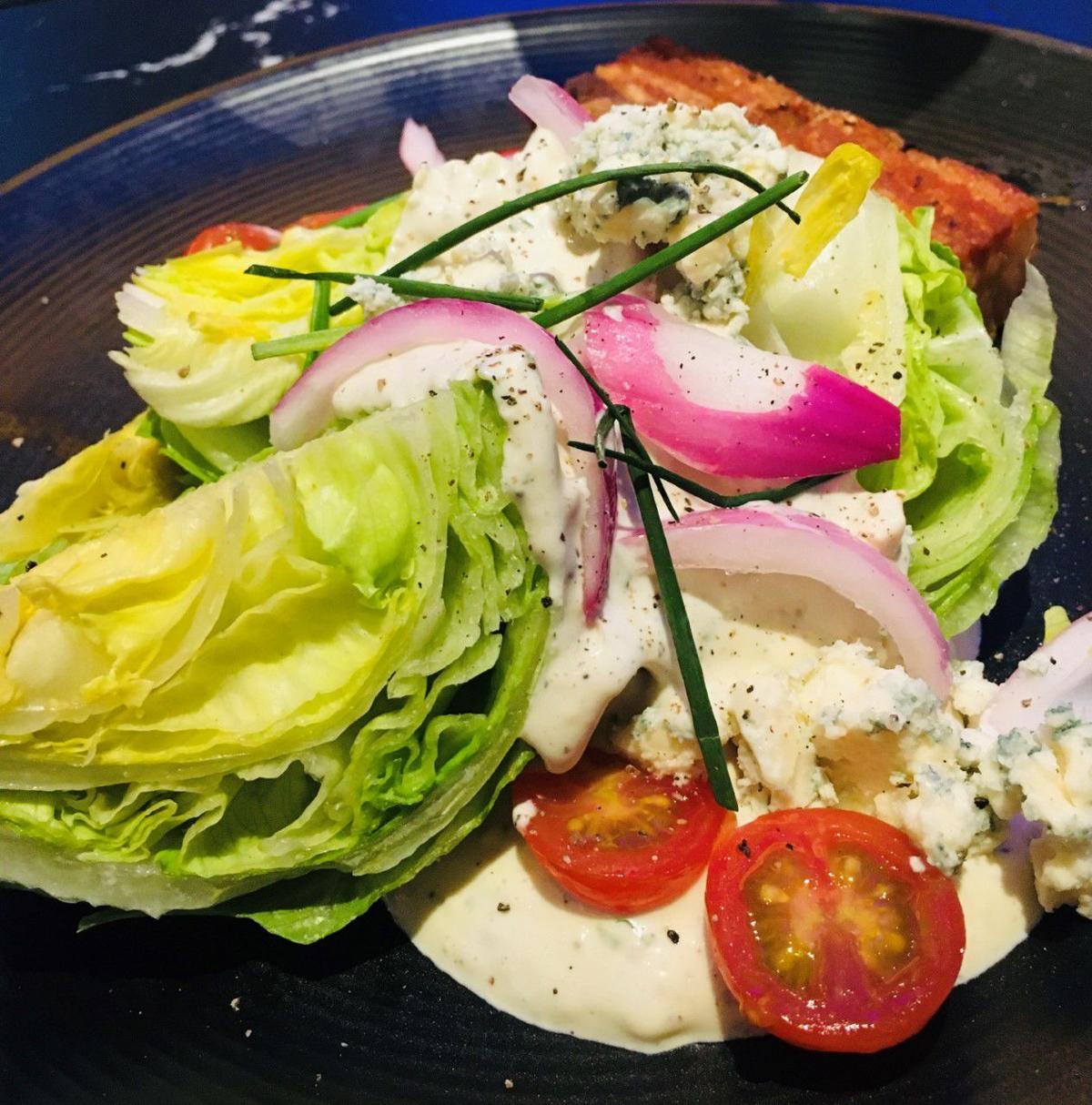 The Bourbon Cocktail from Infinity Skybar

I’ve had some pretty fantastic meals at West Virginia restaurants recently and you’ll hear all about them in the weeks to come. But I still get pretty excited experiencing new mind-blowing epicurean adventures during my travels elsewhere.

And getting to travel at all is especially precious now that we realize how quickly it can be taken away from us. (Ah, COVID-19. The gift that keeps on giving.)

My first trip out of state since the pandemic began took me to nearby Lexington, Kentucky, a hip little city widely known as the “Horse Capital of the World” that is also gaining fame for its top-notch culinary scene.

The place now boasts a bounty of talented chefs, craft brewers and innovative mixologists — and I set out to experience as many as I could on my only night in town. That meant three consecutive dinners at three different restaurants, but so be it. Atop Infinity Skybar & Café, I enjoyed a signature cocktail featuring Evan Williams 100 proof bourbon blended with turmeric syrup, ginger beer and fresh lime juice, along with grilled petite lamb chops and an amazing bowl of sweet off-the-cob corn mixed with bay scallops, Spanish chorizo and queso fresco. At swanky Jeff Ruby’s Steakhouse, I sipped a dusty martini before digging into a gorgeous wedge salad and pan-seared salmon with roasted artichokes on a bed of creamy risotto. The highlight of the night, however, was definitely my surprise discovery of West Main Crafting Co., easily one of THE coolest spots I’ve ever experienced. Anywhere.

A 19th century-inspired craft cocktail bar, West Main specializes in classic and often hard-to-find drinks and the stories behind them. The cocktail menu is a beautiful bound coffee-table book (no lie) and all ingredients besides the spirits themselves are made in-house. The menu is just as exquisitely curated, featuring locally sourced and responsibly raised seasonal dishes that absolutely dazzle.

And “farm to table” isn’t just a tagline here, it’s a creed they live by.

Seriously, this is one of those places where they spend five minutes explaining how each dish is prepared, going so far as to divulge the name, mental state and title of the poem they were reading your cow as it was lovingly slaughtered for your enjoyment. (I kid, but barely.)

It was almost comical, to be honest, but I relished every mouthwatering detail. Then I relished bite after luxurious bite.

After sampling a pre-Prohibition cocktail I’d never even heard of before called the Prince of Wales, I lost my mind over a seasonal salad of leafy greens, fermented veggies, grapefruit, bull’s blood beet roots, feta, pistachios, fresh chilis and smoked cherry malt vinaigrette, followed by a bowl of house-made cottage cheese curds with Cajun-fried bread-and-butter pickles.

Speaking of cottage cheese, a segue I never thought I’d utter in a fine-dining context, reader Susan Brasselle took me way back when she recently stirred up memories of one of the most unusual and beloved dishes ever to be served in Almost Heaven.

“I am desperately looking for a recipe and was wondering if you have it or, with all of your culinary connections, would have a way to get it,” she asked.

“Back in the day, we would eat at The Red Fox up at Snowshoe. They had this divinely incredible bisque that they called Cottage Cheese Soup and it was this amazing herby, garlicky, creamy bowl of heaven. If I remember the story right, it was invented there with leftover stuff in the fridge. Anyway, I remember how delicious it was and would really like to make it. Can you help a girl out?”

Oh my, do I remember that soup — which I admit sounds odd, but was truly amazing.

And I have some potential good news, Susan.

I tracked down former Red Fox chef/owner Brian Ball, who now manages a restaurant group in Maryland but remembers making that soup so many years ago. He says people still talk about it to this day, so he may just have to jump back in the kitchen to recreate it and share the recipe with me.

“I had a couple here in St. Michaels who used to live in Charleston and asked me about it. I made them a batch and they got teary-eyed,” he told me. “I’ve just never written down an actual recipe, but I’ll work on it this week.”

I’ve got ALL my fingers and toes crossed.

Following up on last week’s celebration of the best local sandwiches, reader Teena Pauley threw in her two cents regarding my recent request to share your favorite sandwich available at area restaurants. “The French Dip Sandwich at the Fairplain Yacht Club located in Fairplain (near Ripley) is my favorite sandwich,” she told me. “It consists of thinly sliced prime rib, a tasty sauce and is served with an au jus sauce to dip the sandwich in.”

Sounds good to me!

Tom Crouser: Unfaithful electors could be a problem (Opinion)

DNR: No clear trend yet on WV hunters' 2020 buck-season performance

Justice: Pinpoint action might be needed in WV counties with high COVID-19 spread