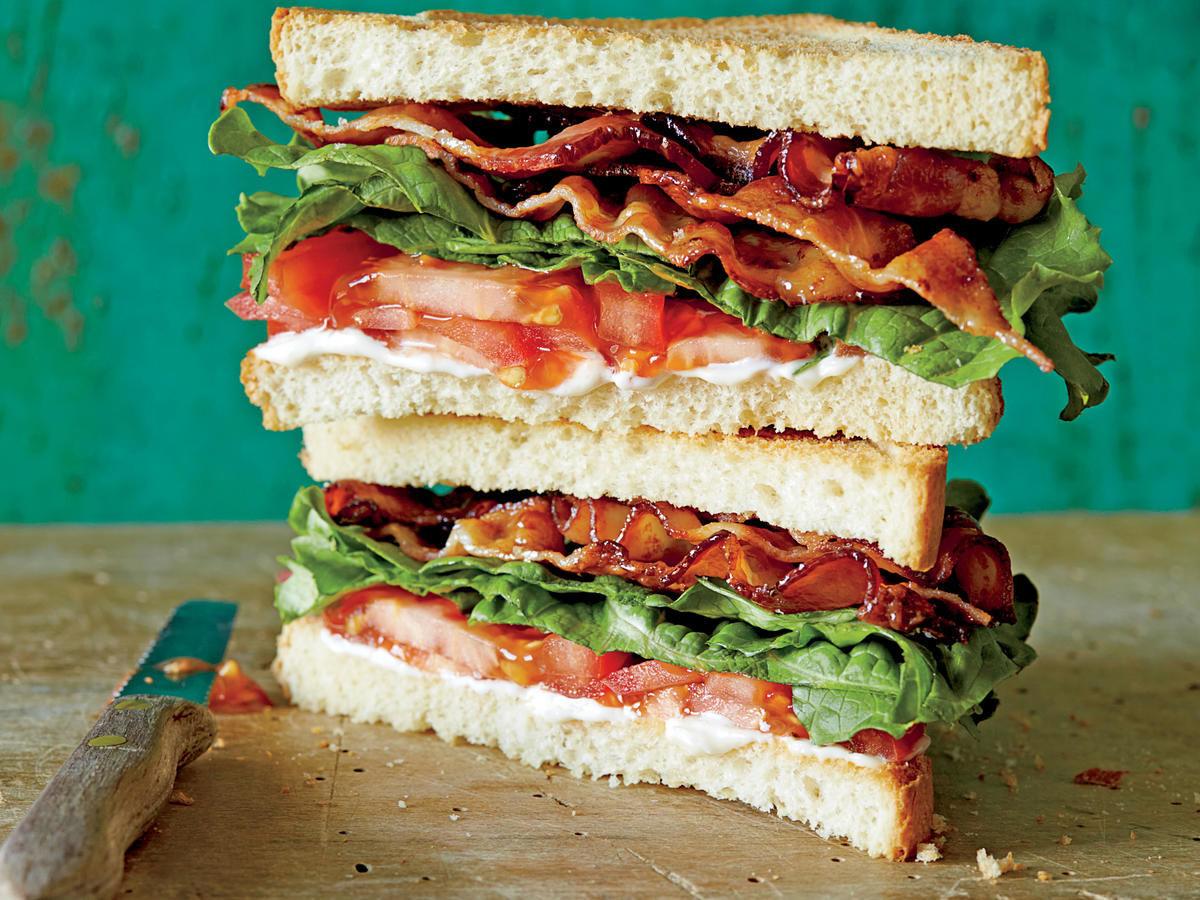 Maybe a classic Bacon-Lettuce-Tomato sandwich is your favorite go-to? 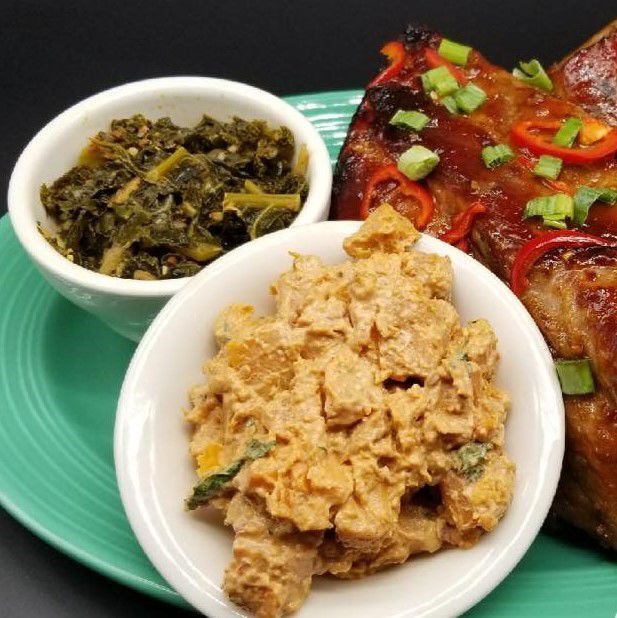 Black Sheep Burrito and Brews’ popular Chipotle Sweet Potato Salad is back on the menu. 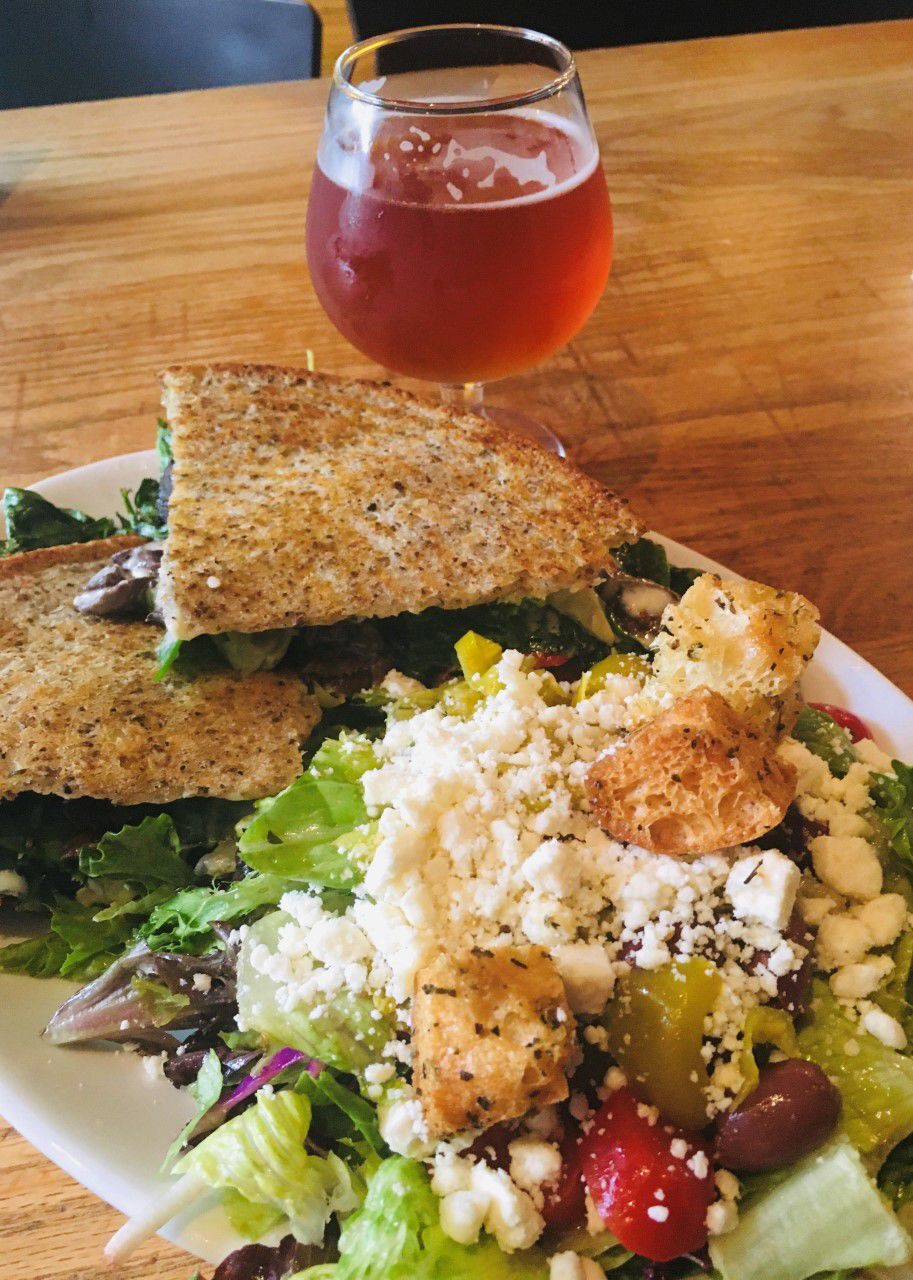 The Food Guy took a chance on Pies & Pints’ Garden Grinder, with its cauliflower crust and filling of spinach, roasted mushrooms, artichoke hearts, sweet-hot peppers, fresh mozzarella and tangy aioli with chicken and bacon added. It was a surprising hit! 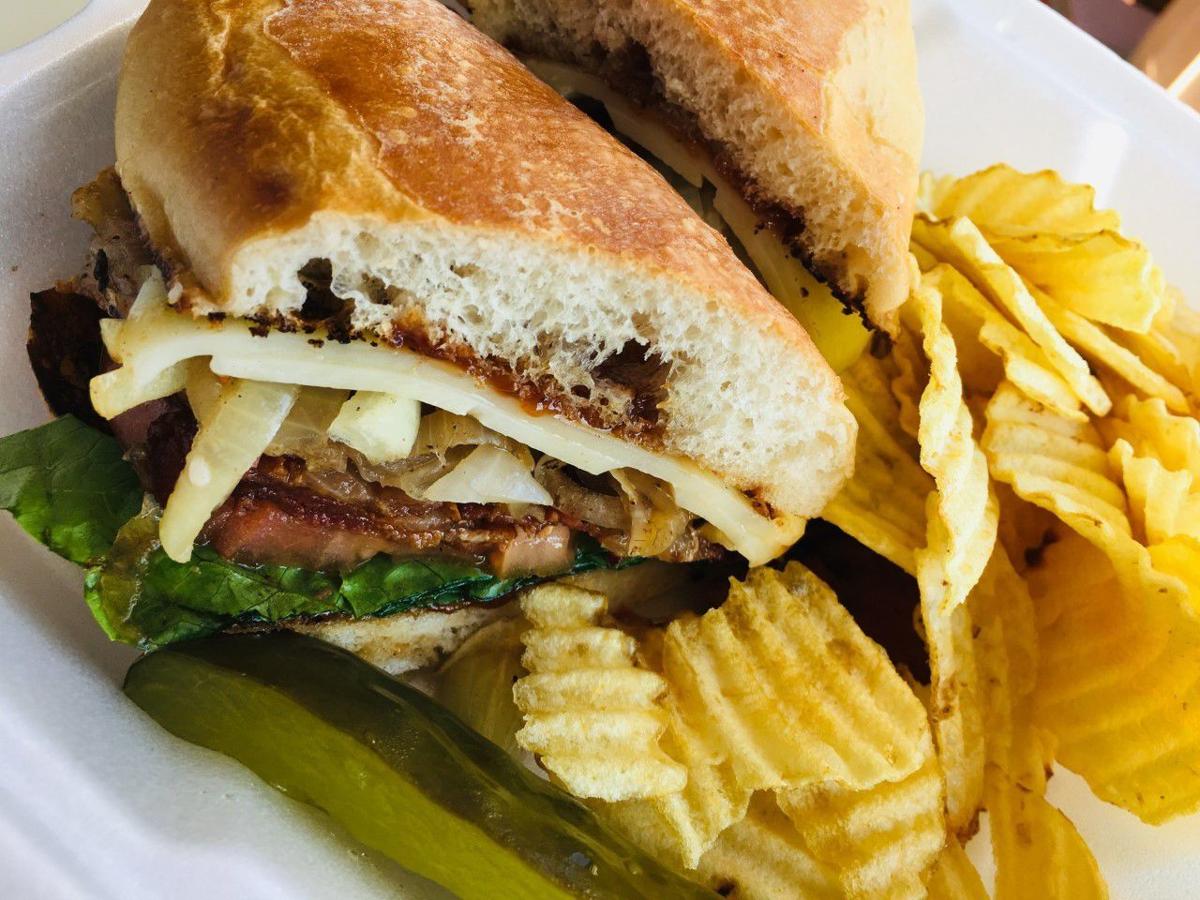 Perhaps the Prime Rib Philly from Nosh Catering & Carryout is one of your top contenders for best sandwich around. Send your vote to The Food Guy.

Maybe a classic Bacon-Lettuce-Tomato sandwich is your favorite go-to?

Black Sheep Burrito and Brews’ popular Chipotle Sweet Potato Salad is back on the menu.

The Food Guy took a chance on Pies & Pints’ Garden Grinder, with its cauliflower crust and filling of spinach, roasted mushrooms, artichoke hearts, sweet-hot peppers, fresh mozzarella and tangy aioli with chicken and bacon added. It was a surprising hit!

Perhaps the Prime Rib Philly from Nosh Catering & Carryout is one of your top contenders for best sandwich around. Send your vote to The Food Guy.

I recently came across an article professing its love for the Kentucky Hot Brown, making a case that it might very well be the world’s greatest sandwich.

That’s a hard one to argue, with its open-faced blend of baked turkey, bacon and tomatoes smothered in cheesy Mornay sauce and broiled to perfection, creating indulgent bite after bite of rich, creamy and bubbling ooey-gooey goodness.

But there are so many other contenders to be the supreme sandwich as well.

I’ve always insisted my favorite is a golden-toasted Rueben, striking the perfect balance between salty corned beef, tart sauerkraut and sweet-and-creamy dressing. Yet a savory Philly cheesesteak on soft, pillowy bread or a sugar-dusted Monte Cristo are also hard to beat.

Even biting into a towering club sandwich, a classic BLT or a perfect grilled cheese — sometimes plain, sometimes spiked with bacon or pesto or fig jam — can be an otherworldly experience if they’re made just right.

Or maybe top honors should go to this unlikely contender, which is my new favorite obsession in town.

We meet friends for a lovely evening outside on Capitol Street Friday night, where the boys headed over to Adelphia while we sipped adult beverages at a table on the street in front of Pies & Pints.

Having tried pretty much every pizza and salad on the menu — but never a sandwich there — I asked our waitress which sandwich offering she thought was the best of the bunch.

“Oh my gosh, honey, there’s no question,” she gushed. “Definitely the Garden Grinder, but I get it on a cauliflower crust.”

I wasn’t specifically looking for healthier option, but the combination of spinach, roasted mushrooms, artichoke hearts, sweet-hot peppers, fresh mozzarella and tangy aioli she described sure did sound good.

“And,” she continued with a laugh, “I always add chicken and bacon to it!”

I was skeptical of the cauliflower crust, which is often soggy and sad at most places, but the plate staring back at me 15 minutes later was anything but sad.

The thin, golden-brown, bread-meets-crust shell was absolute perfection and the veggies (and meat!) stuffed inside it were glorious. I couldn’t stop dreaming about it all weekend, so I went back two days later and ordered it again.

Is this sandwich the GOAT? Probably not. But it’s the only one I want on my plate right now.

So tell me, readers, what sandwich gets YOUR vote for the “greatest of all time” and where do you get it? I’ll share some of the highlights right here in next week’s column.

Last week’s ode to great restaurants in Lewisburg prompted another reader to suggest one I didn’t mention.

“Hey Food Guy, love your column,” he wrote. “I mean, who wouldn’t want to be the Food Guy? I’m reading your piece on Lewisburg to my daughter who lives there, and she and I were surprised you didn’t mention Cantina Del Sol, right next door to The Humble Tomato. She agrees with your assessment of all the other spots, but prefers Del Sol for consistent high-quality food, service and atmosphere, as do many of the locals.”

I assured him there was no malice intended in my failure to mention that spot or Thunderbird Taco, which another reader recommended. Although I’ve enjoyed lunch and drinks at both places once, I’ve just dined more at the other spots mentioned.

They’ll both be on my hit list next time, for sure.

In other local restaurant news, or breaking restaurant news, in this case: Black Sheep Burrito and Brews in downtown Charleston has brought back the restaurant’s popular Chipotle Sweet Potato Salad, which was taken off the menu during last year’s revamp to the displeasure of many longtime fans.

I got a sneak taste last week, which was spicier than I remember, but the restaurant’s manager assures it’s the same beloved recipe as before. You can enjoy it as part of a current FestivFALL dinner special with smoked chili mirin BBQ ribs and braised kale, or as a side (with an additional charge) to any meal.

Although plumbing issues have forced Bridge Road Bistro to close a few days this week, the new outdoor seating area has been set up and will soon be ready to welcome guests wishing to dine al fresco. The new fenced-in area features several picnic tables taking up the parking spaces previously along the South Hills restaurant’s Walnut Road side. But don’t worry, the restaurant has additional parking in the adjacent Bridge Road Shops during the evening and weekend hours.

Finally, 25 local restaurants are offering food specials now through Saturday as part of this year’s reimagined Taste-of-ALL celebration in conjunction with Virtual FestivFALL, which is also now under way. You can check out all special menus online at www.festivallcharleston.com/event/taste-of-all-fall-specials.