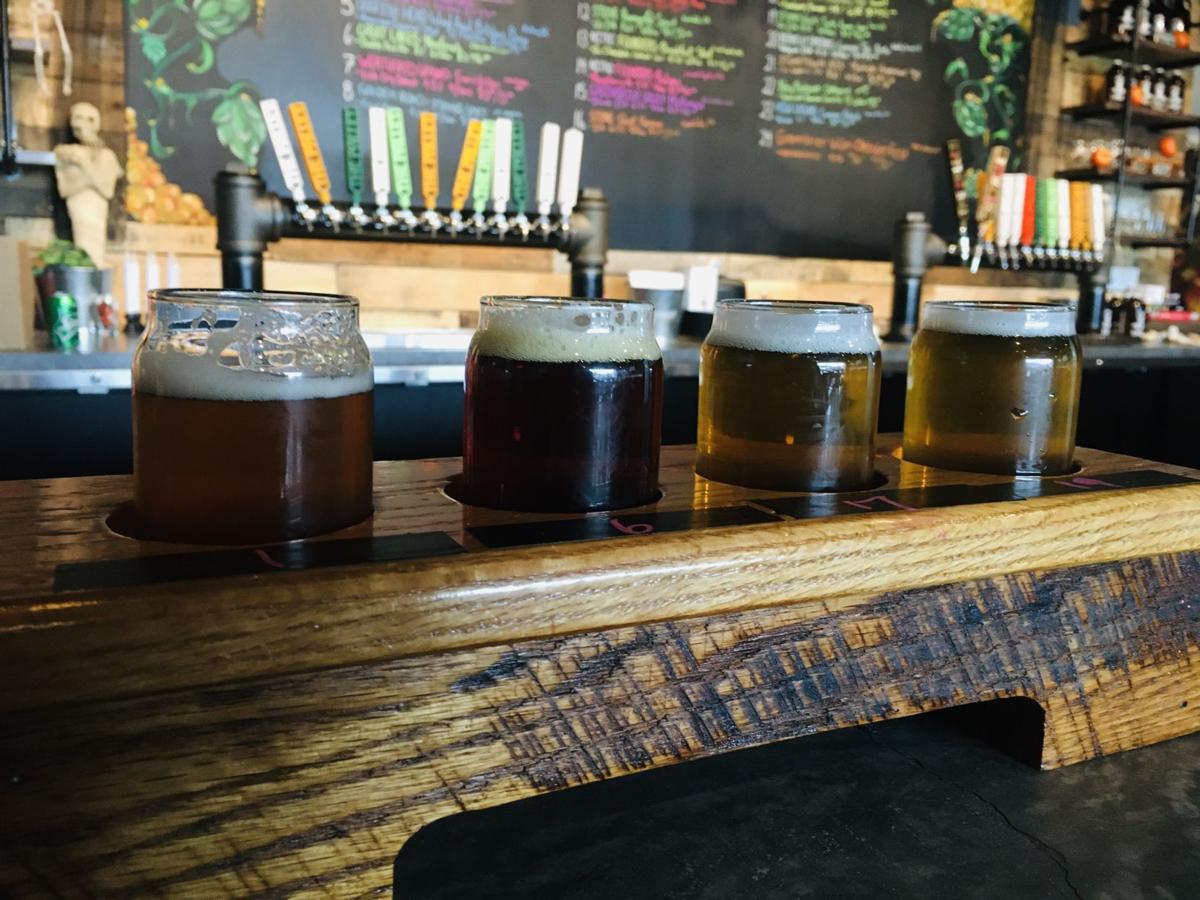 A beer flight at The Pallet. 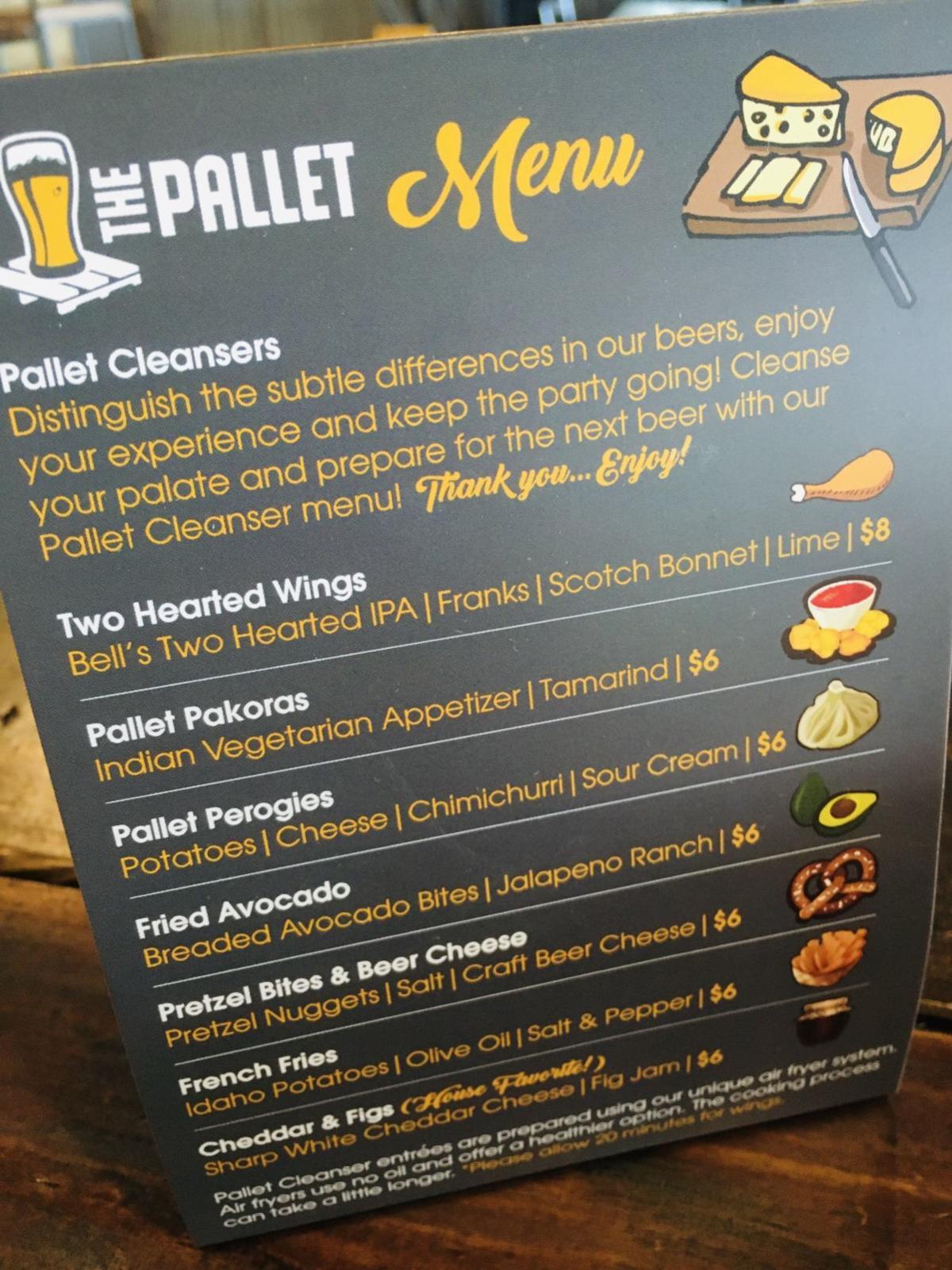 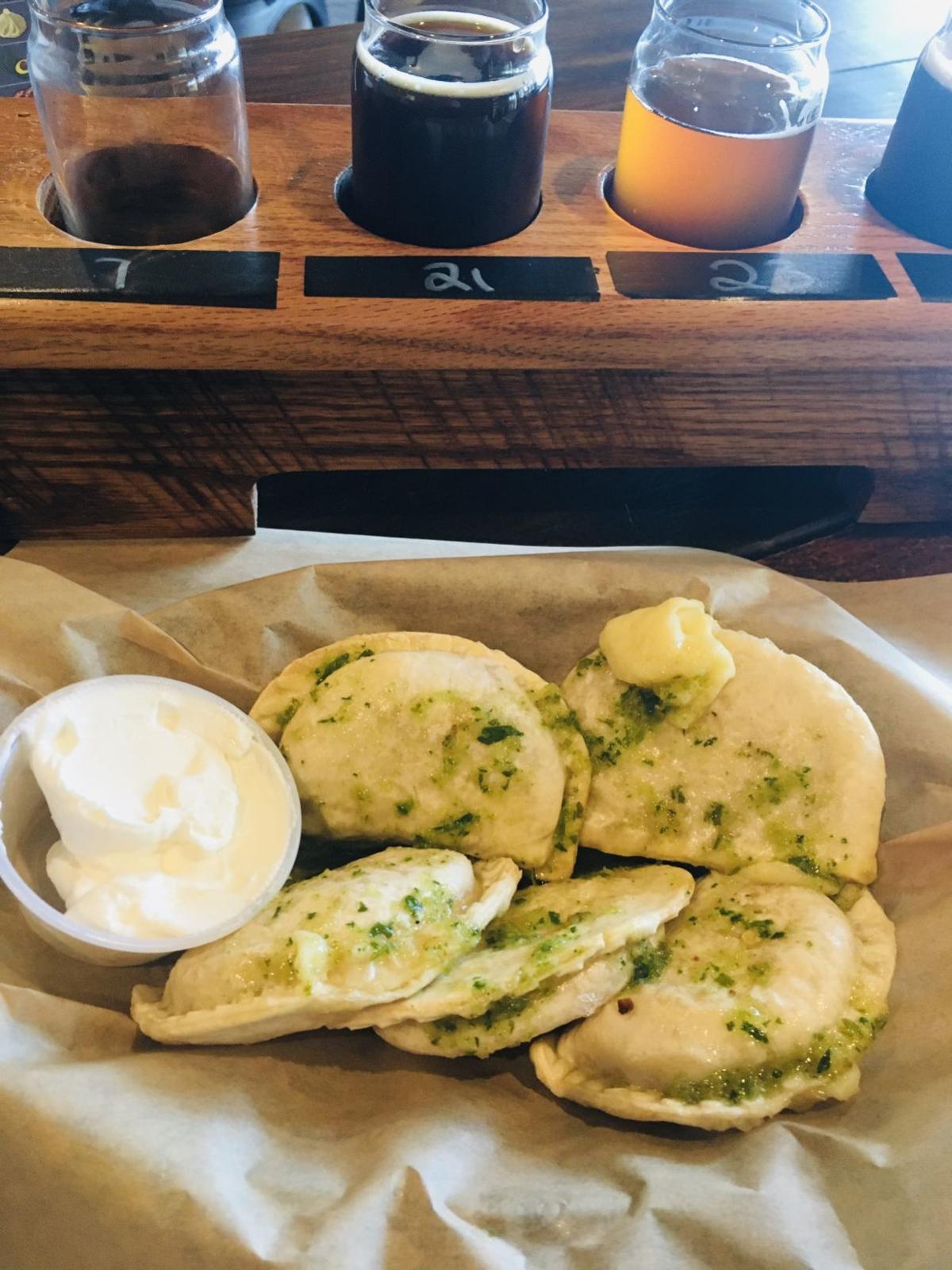 Pierogies at The Pallet.

A beer flight at The Pallet.

Pierogies at The Pallet.

My recent exploration of Putnam County’s food scene has taken me back to enjoy a few old favorites, like the so-good-it’s-drinkable panang curry at Thai Valley Kitchen in Putnam Village Plaza and the gloriously messy Korean beef wonton nachos with lime crema, pickled slaw, jalapenos, sesame seeds, cilantro and queso at Whiskey Taco in Hurricane.

These trips have also taken me to new spots like Suka Ramen, where I slurped up a bowl of udon noodles swimming in delicious broth, and have added to my hit list of places still to try like the highly recommended L&R Barbecue and The Old Mill Bakery.

And these same Teays Valley jaunts have introduced me to a few new obsessions, like the recently praised Bridge Café & Bistro and today’s discovery of a newish craft beer bar with a really cool vibe and some decent out-of-the-ordinary munchies.

That place is The Pallet, and I kind of dig it.

Tucked in a small strip mall off Teays Valley Road, this hot spot in Scott Depot opened in May offering a constantly rotating selection of 100 percent local, regional and popular national craft beers, along with an impressive selection of craft cans and bottles, too — with not a domestic beer in sight.

And while the beer list leans heavy on IPAs at times, as is the national trend, there’s always a variety of sour, fruit, wheat, brown, spiced, nitro, saison, imperial beers and more on 24 taps.

Equally appealing is the bar’s décor, featuring a blend of rustic and partially finished wood, stone, metal and corrugated steel surrounding a mishmash of tables, high tops, stools, chairs and even a couple of loungers. Accents like garden faucet light fixtures hanging above the bar and pipes anchoring the taps and shelves all combine to create a contemporary rustic look you might not expect.

Although you’ll come here for the beer, there are a handful of cleverly named Pallet Cleanser appetizers prepared in an air fryer for a somewhat healthier alternative to traditional pub grub.

I started my sampling with a couple of the more creative options, including my favorite of the day: unusually soft and flavor-packed Indian vegetable pakoras with tamarind. They didn’t need a sauce, but the same bartender who recommended these delicious pockets of goodness also suggested pairing them with the jalapeno ranch. So not my usual choice, but so very good.

Next came a decent basket of cheese-stuffed potato perogies with chimichurri and sour cream, which I’d give a middle-of-the-road C because of a “not quite soft, not quite crispy” texture and a very oily chimichurri that pooled in the bottom of the basket.

Or, Food Guy pro tip! If you just want a free munchie while sampling a few beers, the restaurant’s freshly made popcorn is crazy good.

Whether you’re hungry or not, The Pallet is a fine place to have a good beer or two. I’ve never visited when multiple kegs haven’t kicked within the hour and they’ve done a full flush of the lines each time before adding a new brew. Those are both really good signs of turnover, freshness and flavor.

Service has been super, too, except for one little issue we’ll deal with below.

IF YOU GO: The Pallet, 3999 Teays Valley Drive in Scott Depot, is open from 4 p.m. to midnight Monday through Friday, noon to midnight Saturday and noon to 10 p.m. Sunday. For more information, visit “The Pallet Bar” on Facebook.

As enamored as I am with The Pallet, I can’t end an honest review of the place without sharing this disappointing turn of events. It may not bother you, but it really stuck in my craw.

During my first visit, I was caught up in the glow of finding such a cool new place — looking around, taking it all in — when I noticed a puff of smoke in the corner of my eye. I whipped around to find the bartender vaping. Behind the bar. While working.

I tried to keep my mouth shut — really, I did — but I was incredulous. Someone who seemed to be the owner or manager was sitting beside me, so I asked: Is the bartender really vaping right now?

I couldn’t let it go, asking if that was a good idea — or even legal — in a non-smoking restaurant?

She was a tad more defensive than she should’ve been to a concerned customer (as in, there was no apology whatsoever) but explained she doesn’t mind “small vaping” in the bar, so long as customers (and apparently employees, too) aren’t using “the bigger ones.”

I left disappointed, I’m not going to lie, but got over it enough to return a few weeks later, where I had a great, vape-free visit with incredible beer, solid snacks and wonderful service.

I’m not saying you should or shouldn’t support the place because of what I witnessed, but I do think it’s fair for you to have all of the information you can to make your own decision.

I’ll go back, yes. But I probably won’t bite my tongue if I see said vaping again.