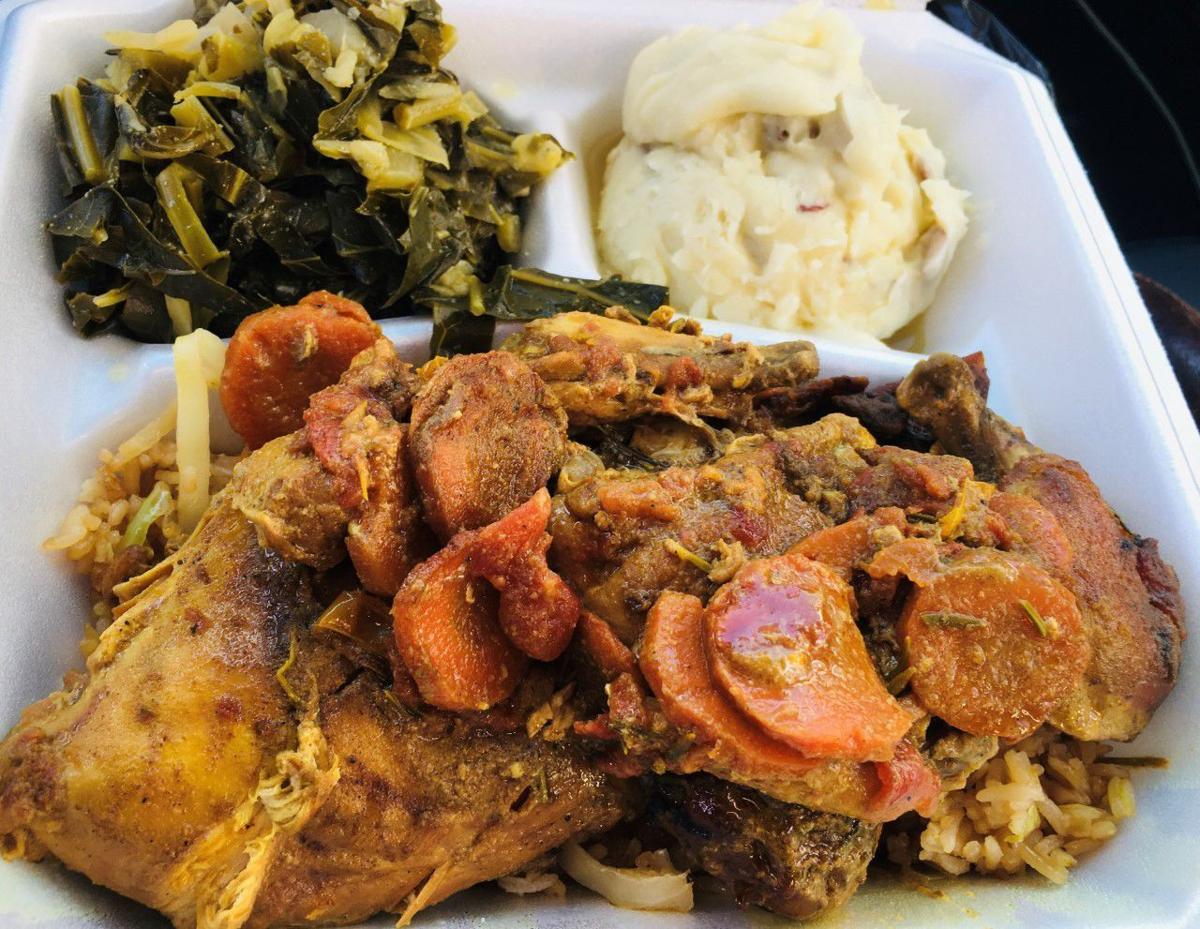 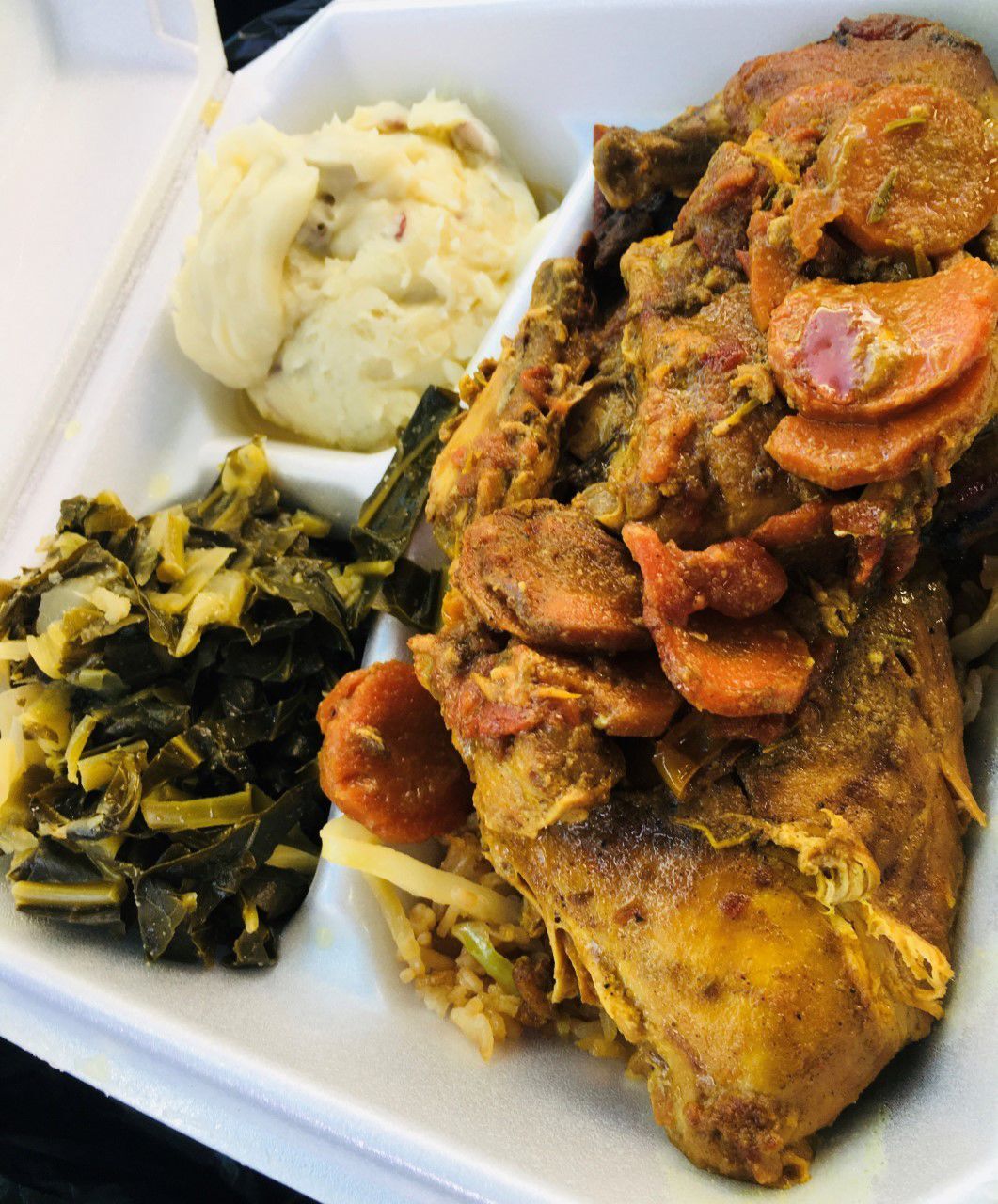 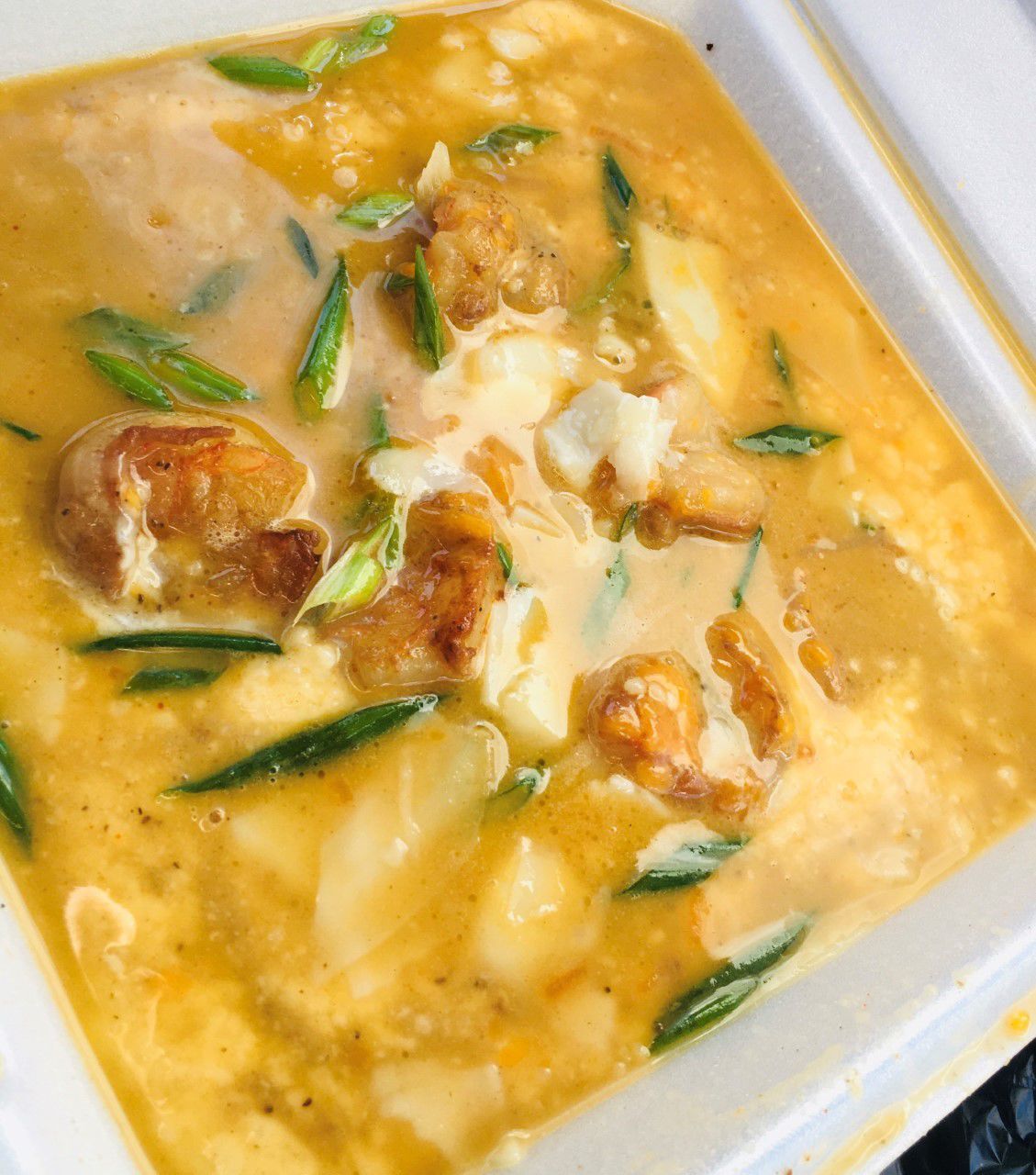 Although we’re gladly kicking most of 2020 to the curb, there’s a glorious new find in Charleston’s East End that is truly worth a celebratory toast.

I’m so impressed and obsessed that I visited three times last week and STILL can’t wait to go back.

Formerly located in Dunbar, this minority-owned carryout restaurant and caterer has built a steady, loyal and passionate following. And with its move near downtown, I suspect chef-owner Anthony Wilkins will soon have even more fans come flocking.

Its name, however, is a bit of a misnomer. While the food is delicious, it’s not fancy, and it’s also not speedy. But for food prepared with this much skill and love, a 10-15 minute wait is a small price to pay.

A diverse menu features a few Southern and soul food favorites like oxtails, fried chicken, stuffed shrimp, crab cakes, wings and potato salad, along with other filling entrées like lamb chops, barbecue salmon and more. There’s also a handful of burgers, sandwiches, salads and such to round out your choices.

Just keep in mind that all options aren’t available every day. If you’re in the mood for something specific, you’ll definitely want to call first. I’ve tried to order the tempting oxtails — baked “low and slow” with rosemary and thyme — on every single visit, but haven’t been able to score them yet. (So, you know, New Year’s resolution. They will be mine someday.)

No worries, though, my second choices were still stellar.

The restaurant’s fried whiting platter has become somewhat of a signature dish, so that was an easy choice for my first visit. The fish was perfectly coated, seasoned and fried, plus came with both tartar and hot sauces that elevated them even more. The savory stewed cabbage and sweet mac ‘n’ cheese I picked as my sides were flawless.

But the first thing you’ll notice about anything you order here is the sheer size and amount of food you get. The fried fish filets were so large they were literally busting out of the takeout container they came in, then I opened it to discover nearly a half-dozen of them inside. Piled on large slices of bread. With heaping sides.

That one lunch could’ve easily fed two or three people, which is the same thing I found during each visit.

On a subsequent trip, I enjoyed a towering mound of spicy fall-off-the-bone curry chicken (like five pieces) with Southern greens, both of which were top-notch. The chicken balanced heat with a host of bold flavors and the greens stood out for their simplicity. Even the rice soaking up all that delicious sauce under the chicken I could’ve eaten for days.

I also sampled crazy-good shrimp and grits, featuring large butterflied shrimp and creamy grits swimming in a savory, salty broth instead of a thicker, traditional sauce. The result makes it more like a soup, and not incredibly appetizing at first glance, but the actual taste more than makes up for it. You’ll enjoy every bite and then want a straw to polish it off.

On many (oh, so many) future visits, I can’t wait to try the crab dip, jerk chicken salad, mushroom burger, corned beef sandwich and the list goes on. The fried fish sandwich is also much-talked-about on Facebook.

What a joy to have another gem of a place for great takeout in town. If you haven’t checked out Gourmet Fast yet, you’re going to want to change that. And fast.