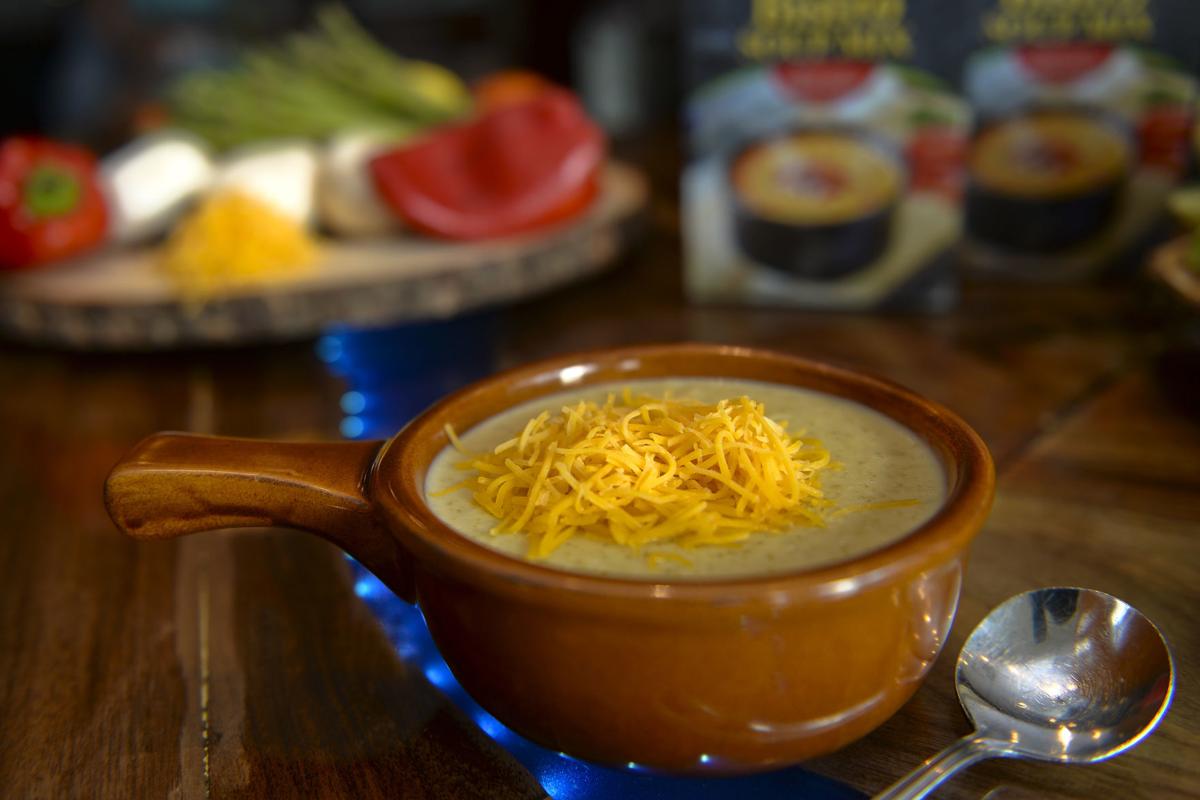 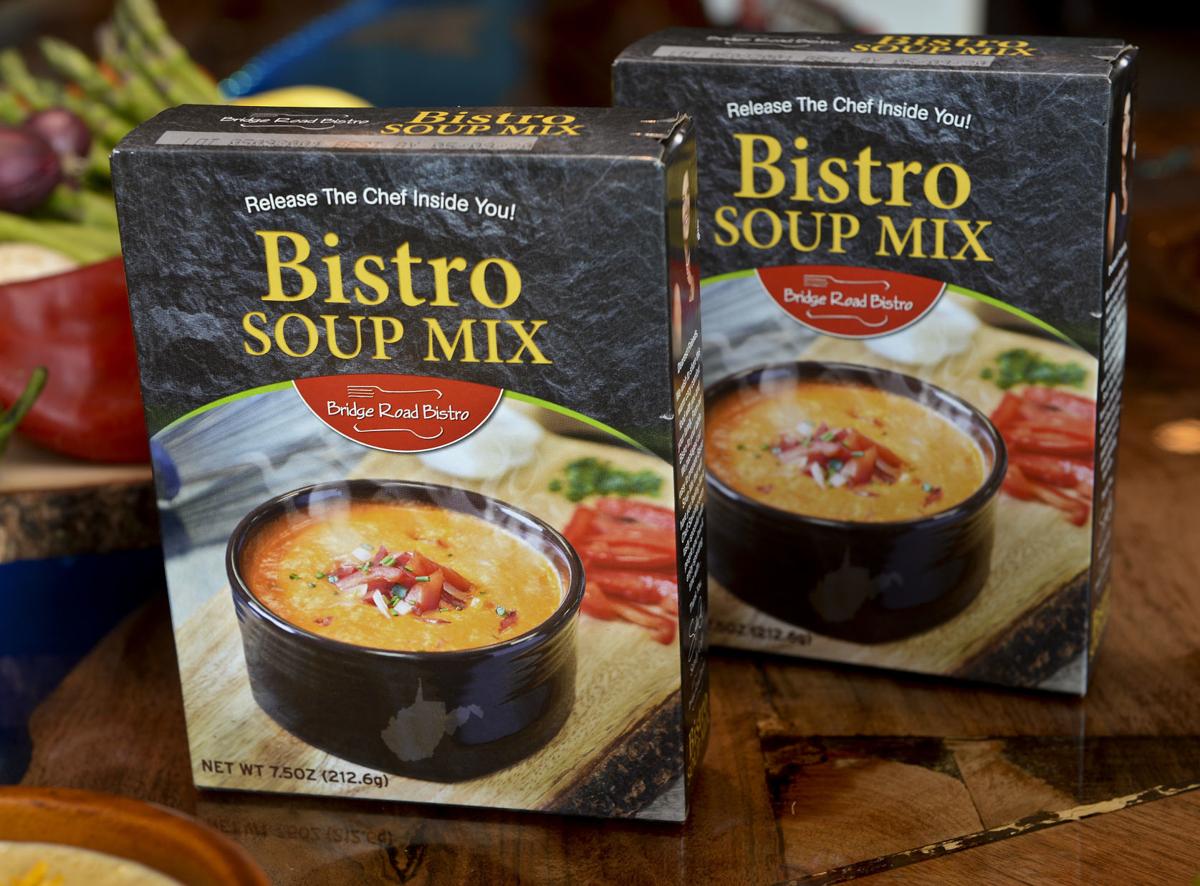 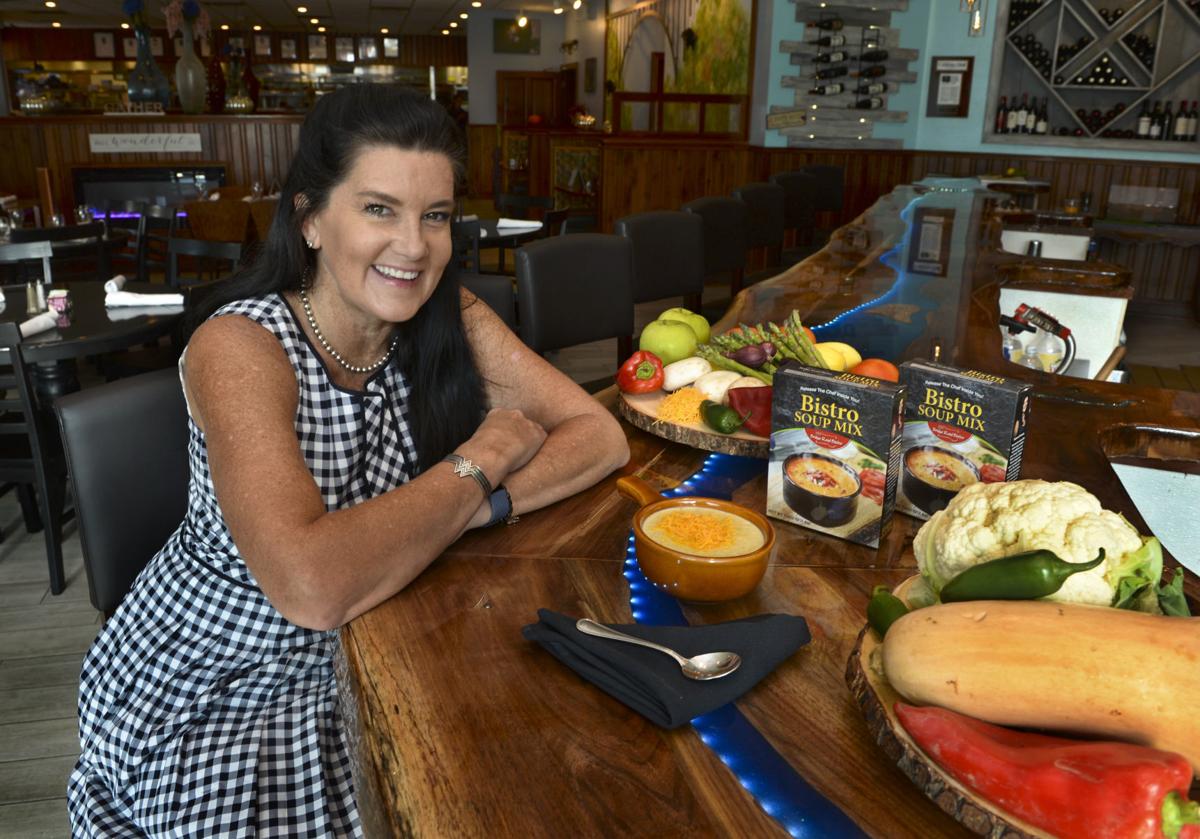 Sandy Call at the Bridge Road Bistro with her new Bistro Soup Mix.

Sandy Call at the Bridge Road Bistro with her new Bistro Soup Mix.

It was Friday afternoon and Sandy Call, owner of the Bridge Road Bistro, was busily preparing to give away gallons of her restaurant’s popular loaded potato and broccoli cheddar soups.

Armed with 10 gallons of the soup along with cups for sampling and boxes to sell, she was headed to the Towne N’ Country Foodland in Chapmanville.

“I’m putting it in people’s hands so they can sample it and taste it and hopefully put a box in their buggies,” she said.

Her new Bistro Soup Mix was about to be offered to the public for purchase for the very first time, and despite her years in the restaurant industry, she was a little nervous.

It has been a long time in coming.

It’s soup, yes, but so much more. It’s also a tribute to God, to the Bistro, and to the former owner, Chef Robert Wong, who died following a heart attack in 2012. She was his last hire as general manager.

“Without God I wouldn’t be here, and I wouldn’t have met Robert and been hired on. So basically it’s a tribute to our legacy and to Robert’s legacy,” said Call, who bought the Bistro in July 2018 and promptly began working to develop the line of boxed soup mixes she said Wong had been mulling over before his death.

“I basically picked up where he left off,” she said.

The soups are a staple at the bistro, where a different, freshly made version is available each day: lobster bisque, cream of mushroom, and the most popular, roasted red pepper bisque. Now, with the new line of boxed soup mixes, all of those versions and more can be made from the same box.

“Switch up some ingredients and you’ve got a different soup, so it’s multiple soups in one box,” Call said.

“You actually can use anything in the refrigerator. If you’re kind of against the gun and you haven’t shopped in the last couple days and the kids are hungry, pick out some veggies, sautee them up with some butter, whipping cream, water and mix and you’re done. Get a grilled cheese and you’ve got supper,” she added.

The soup mix, Call said, is a chance to get the Bistro brand out, and to encourage folks to get back to the basics of making dinner at home. It’s also an opportunity to put both the restaurant and the community in a positive spotlight.

The area sometimes gets a bad rap, she said.

“Sure, the coal mines are closing, the chemical spill ... there’s different aspects that we’ve had to navigate around as a business,” she said.

“We’re still the best kept secret, I think, in United States. ... We have the best people. I can’t imagine myself living anywhere else. And I really wanted to do something that would make my state proud,” Call added.

So when it came time to begin actually producing the mix and boxing it up, she turned to local businesses and partners, including photographer Chris Gosses, Amanda Easter, who owns Inside Out Creative, and Roy Elswick, who founded dry mix manufacturing firm Tasty Blend Foods in Fraziers Bottom.

“He kind of mentored me through the whole process,” she said. “He even had a company that made the boxes for me, local.”

And someone thought to put the soup pictured on the box in a bowl of locally made Fiestaware. The result is a pure, West Virginia-made product.

“Everything’s local that you see about this, the packaging, the pictures, the advertising, everything,” Call said.

As for that nerve-racking giveaway Friday night? They ran out of soup samples and sold out of all of their boxes in a matter of hours.