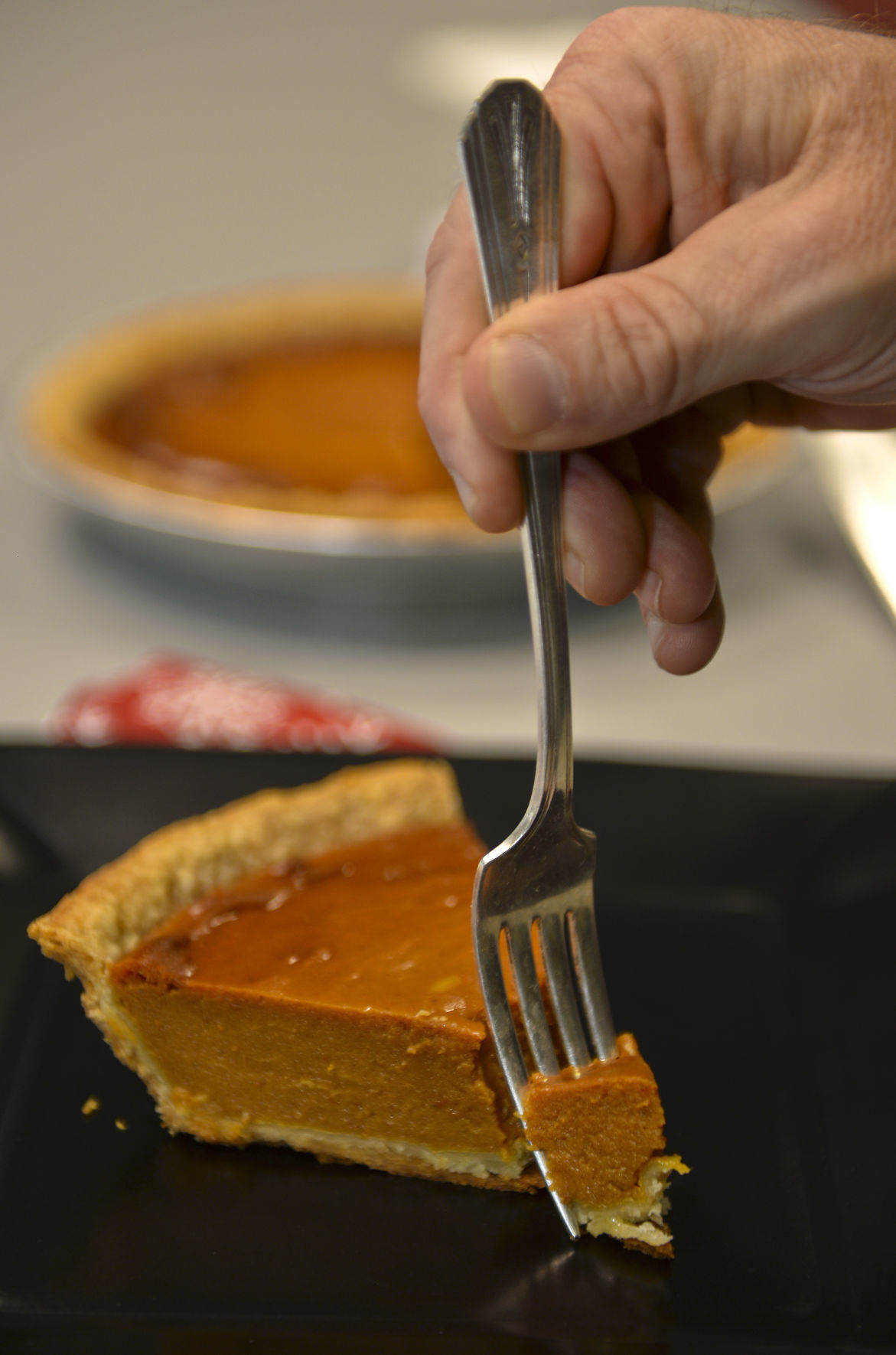 It’s the season for all things pumpkin, particularly pumpkin pie, but you can improve on the old, reliable holiday comfort food with just a few different ingredients, like the kind of pumpkin you choose. 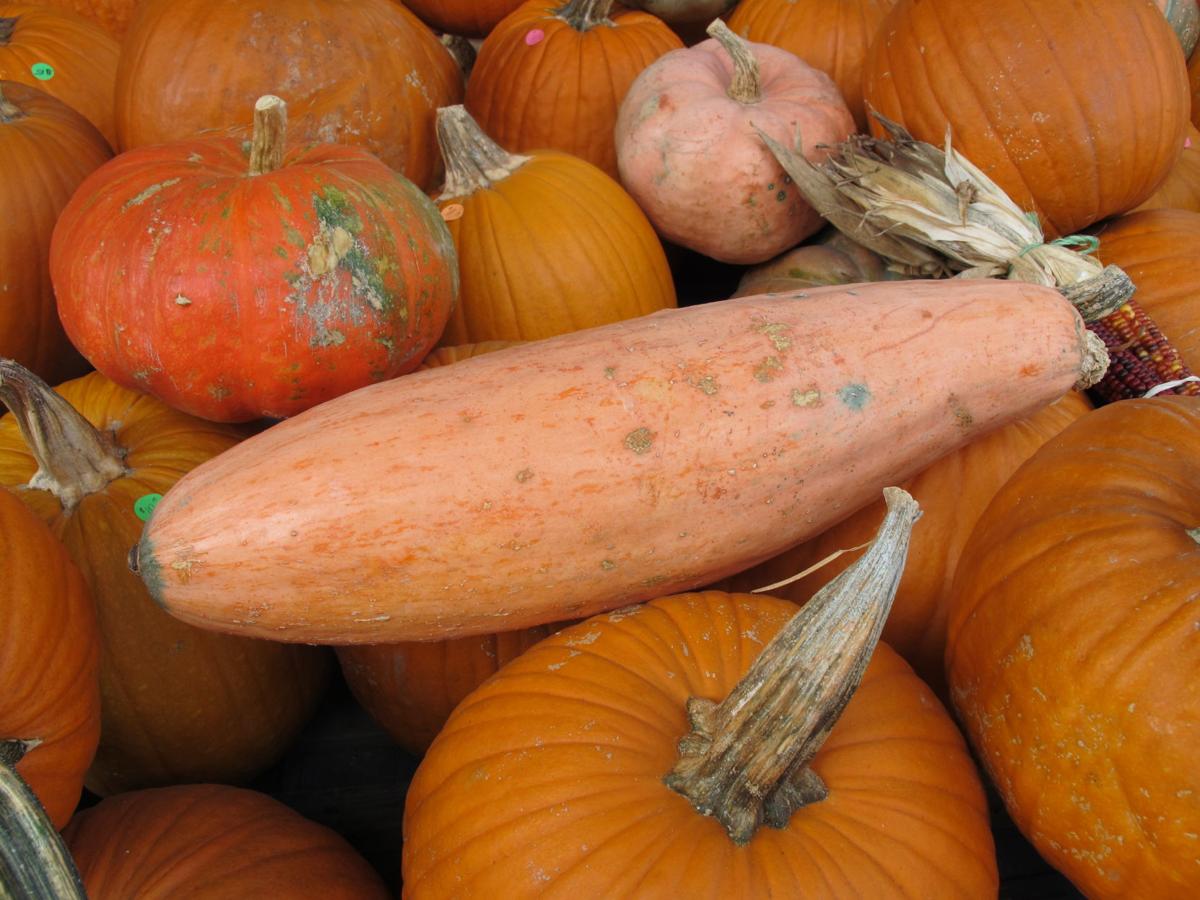 The banana squash may not be the most attractive squash in the pumpkin patch, but it makes a very fine pie. 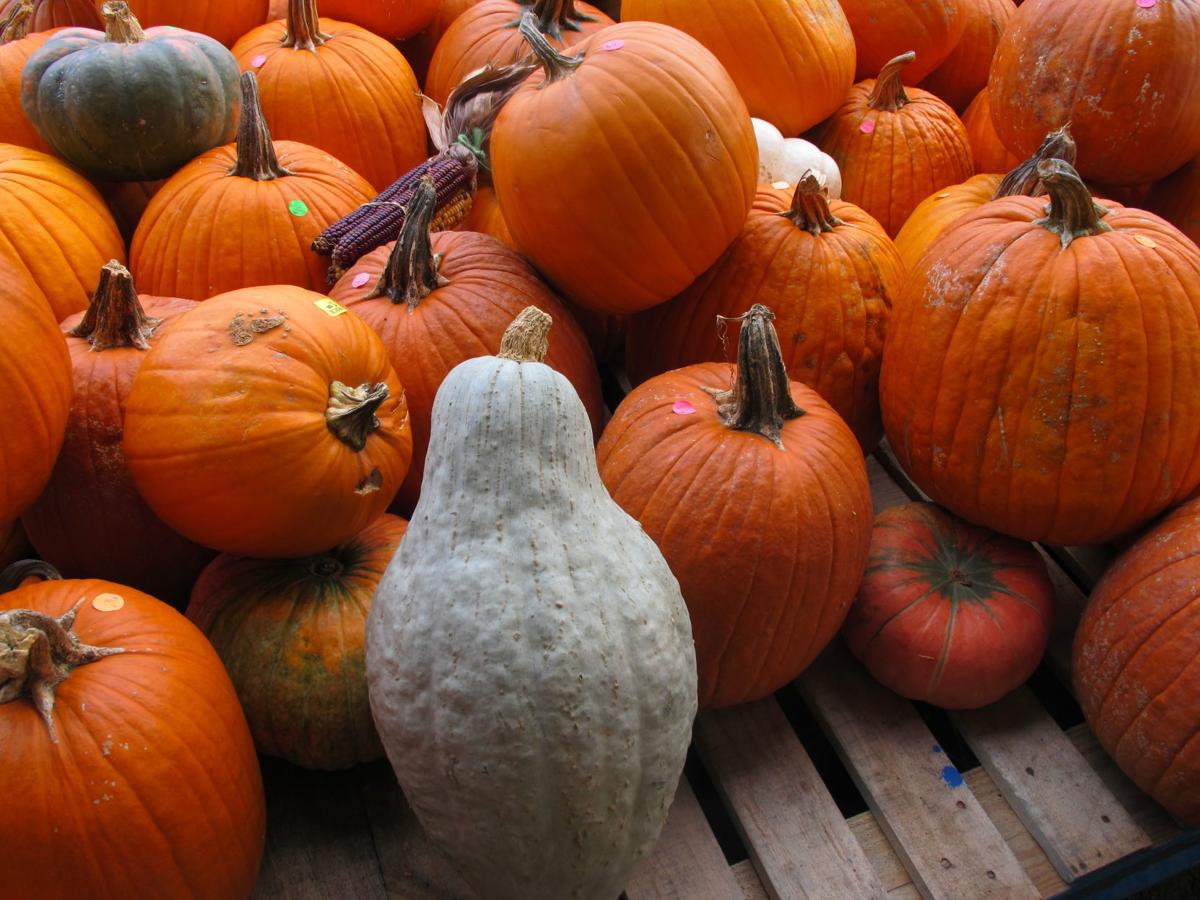 Different pumpkins can yield different results and some of the best “pumpkins” for pies aren’t exactly pumpkins, but winter squashes, which are related. The Hubbard squash (center) is good for pies.

It’s the season for all things pumpkin, particularly pumpkin pie, but you can improve on the old, reliable holiday comfort food with just a few different ingredients, like the kind of pumpkin you choose.

The banana squash may not be the most attractive squash in the pumpkin patch, but it makes a very fine pie.

Different pumpkins can yield different results and some of the best “pumpkins” for pies aren’t exactly pumpkins, but winter squashes, which are related. The Hubbard squash (center) is good for pies.

All things pumpkin return to the West Virginia Pumpkin Festival in Milton this week. Along with activities for the kids, crafts, monster-sized, scale-busting gourds, and a plethora of pumpkin-flavored and pumpkin-shaped delights, you’ll also find a lot of pumpkins for sale.

Some you can take home and turn into a jack-o’-lantern (you should wait a while). Others can be cooked up and turned into pies.

But not all pumpkin pies are equal. The proof is in the pumpkin itself.

The blue chip for most cooks is the sugar pumpkin variety. Usually about the size of a volleyball, they’re pretty easy to work with. Just slice one in half, dig out the seeds and roast the pumpkin face down at 300 degrees for an hour to an hour and a half.

Allow to cool and then scoop out the pumpkin flesh, puree and use that for your pumpkin pie recipe.

I’ve done that a dozen times at least, but what about those other pumpkins, the weird looking ones?

Some of those aren’t just for show and bring a bolder, richer flavor — or so I hear.

Which pumpkin is the absolute best for baking is debatable, but typically, you want a pumpkin with a hard, thick skin (it’s better for the roasting) and dense flesh.

Also, you shouldn’t be attached to the actual word “pumpkin,” since a lot of winter squashes work the same or even better than traditional pumpkins. You can make a pie with a butternut squash and still call it pumpkin pie.

At the Capitol Market, Emily Ashley and Marietta Hall at Crihfield Farms said two of the best they carried were the Cushaw pumpkin (Japanese pie pumpkin), a lumpy, greyish-blue blob; and the banana squash, a large crescent-shaped vegetable (originally from South America) sort of the color of used bubblegum.

Outside appearances are deceiving. Inside, they looked like other pumpkins.

Both were very easy to work with. Scooping out seeds was quick and easier than from a sugar pie pumpkin, which can be sticky and slimy.

The Cushaw roasted very well. The shell of the pumpkin remained very stiff, which made it easy to scoop out the flesh.

The banana squash cooked similar to other pumpkins and pureeing each was no trouble in my blender (the key to that is to do it in moderate amounts and not be in a big hurry. Rush and you’ll burn the blender’s motor out. I’ve done it twice).

After I had my pumpkin puree, I contacted Sarah Plumley at Sarah’s Bakery on Bridge Road about what I might do to get the most out of my pies.

“I always use heavy cream instead of the suggested evaporated or condensed milk that is in most recipes,” she told me. “It gives the pie a more silky consistency. I also add one more egg yolk than suggested, which adds richness — and a teaspoon of good vanilla extract.”

Also, in the event that making a pumpkin pie is too much of a hassle or you just want one that’s really good, Sara said she planned to offer a bourbon pumpkin pie with streusel topping in November. It’s available for pre-order on her new October menu.

Using Sara’s recipe, I made two pies and also baked a Marie Callender pumpkin pie to see what my taste testers in the newsroom thought.

The general opinion was that the homemade pies tasted better than the commercial pie, which they said was sweet but bland. Marie Callender’s pie was firmer than my homemade pies, but it could be that I should have let them bake just a little longer to account for the extra liquid in the fresh pumpkin.

The second set of pies I made were much denser.

Of the homemade pies, there wasn’t too much of a difference of opinion. Almost everyone preferred the sweeter, pumpkin-y flavor of the pie made with the banana squash, though the Cushaw received some positive notes, too.

I liked them both and the difference in flavor from my usual, backyard garden variety pumpkin impressed me enough that I think I’m going to try to grow both varieties next year and also head back to the market to find another pumpkin to try out.

In a mixing bowl, whisk eggs and sugar. Then add pumpkin, cream, vanilla and spiced. Combine thoroughly and then pour into the unbaked shell. Place on a baking sheet in the center row of your oven. Bake for 50 minutes to an hour or until the filling sets.

Allow to cool to room temperature before serving. Add whip cream if you want and why wouldn't you?