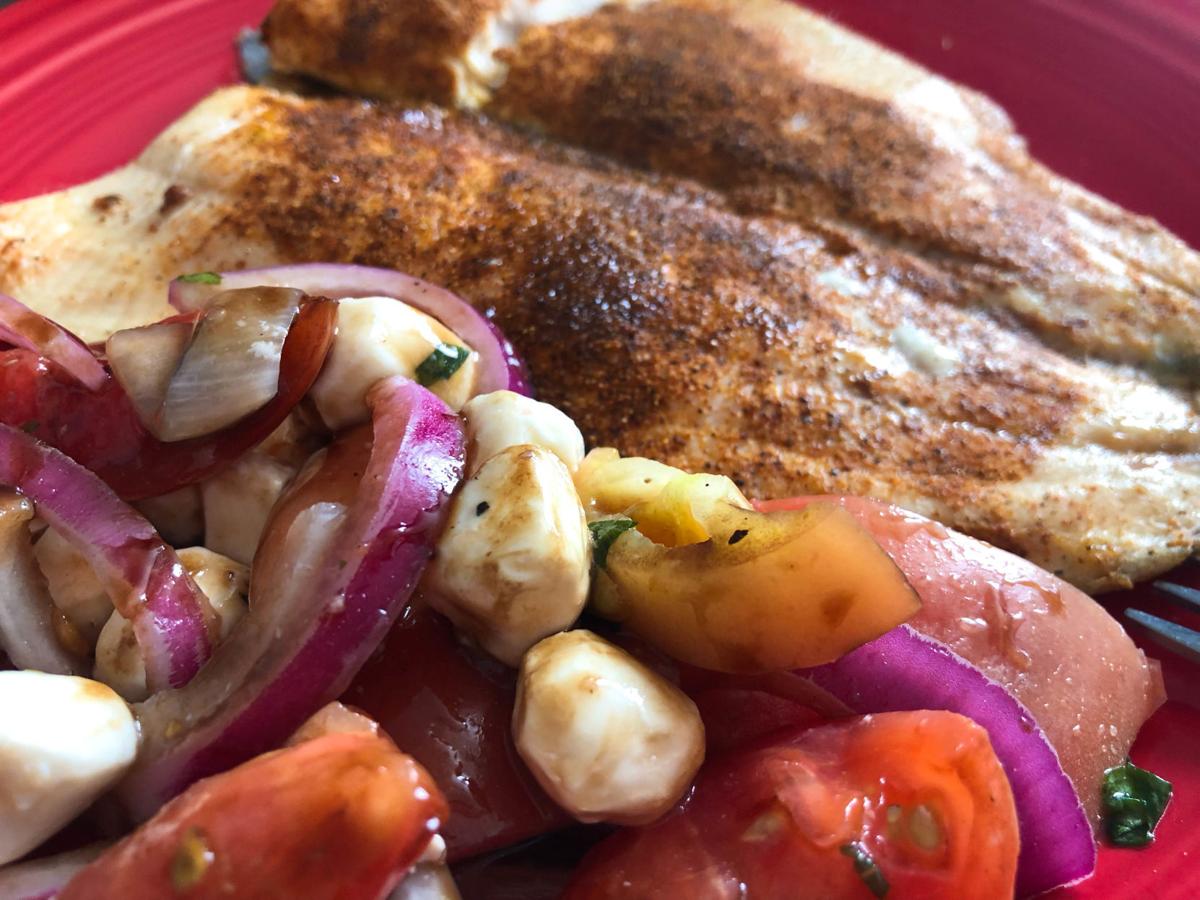 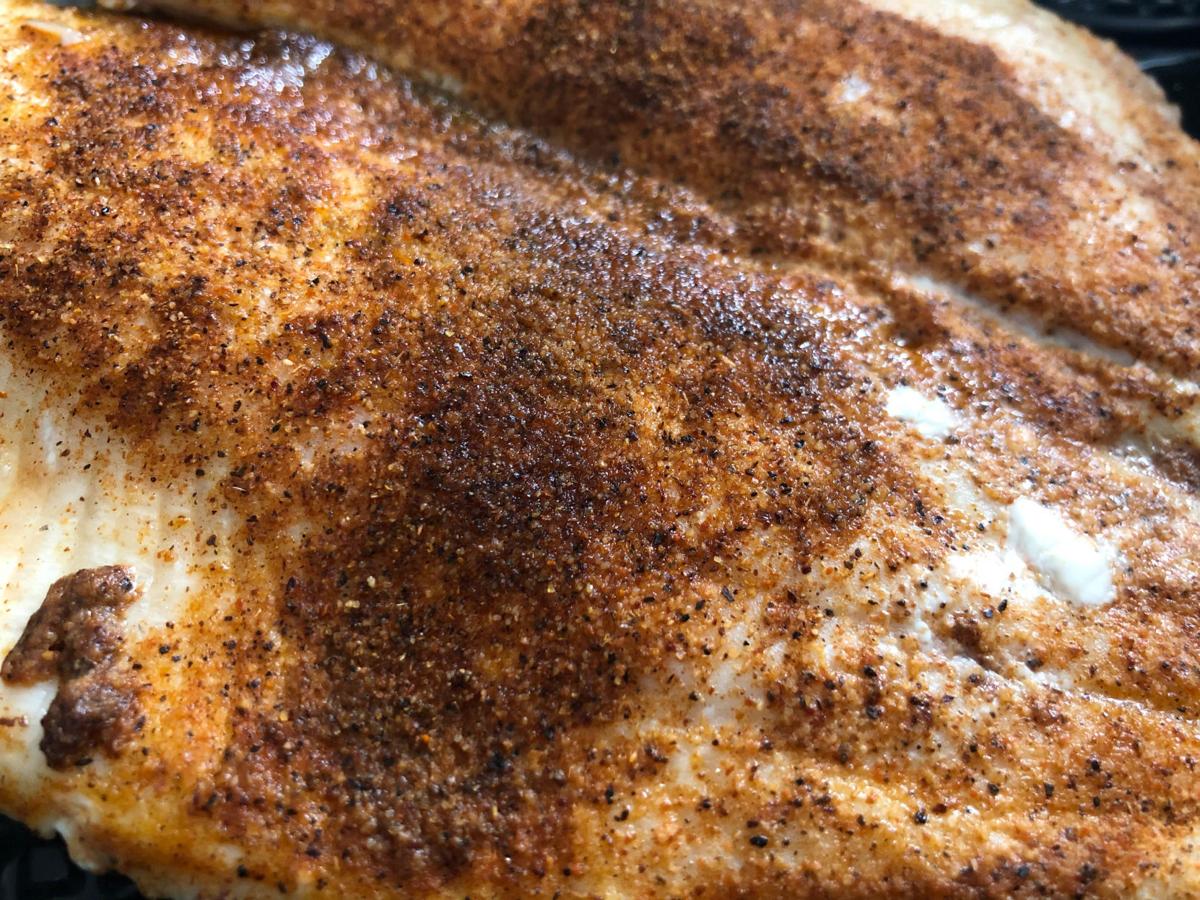 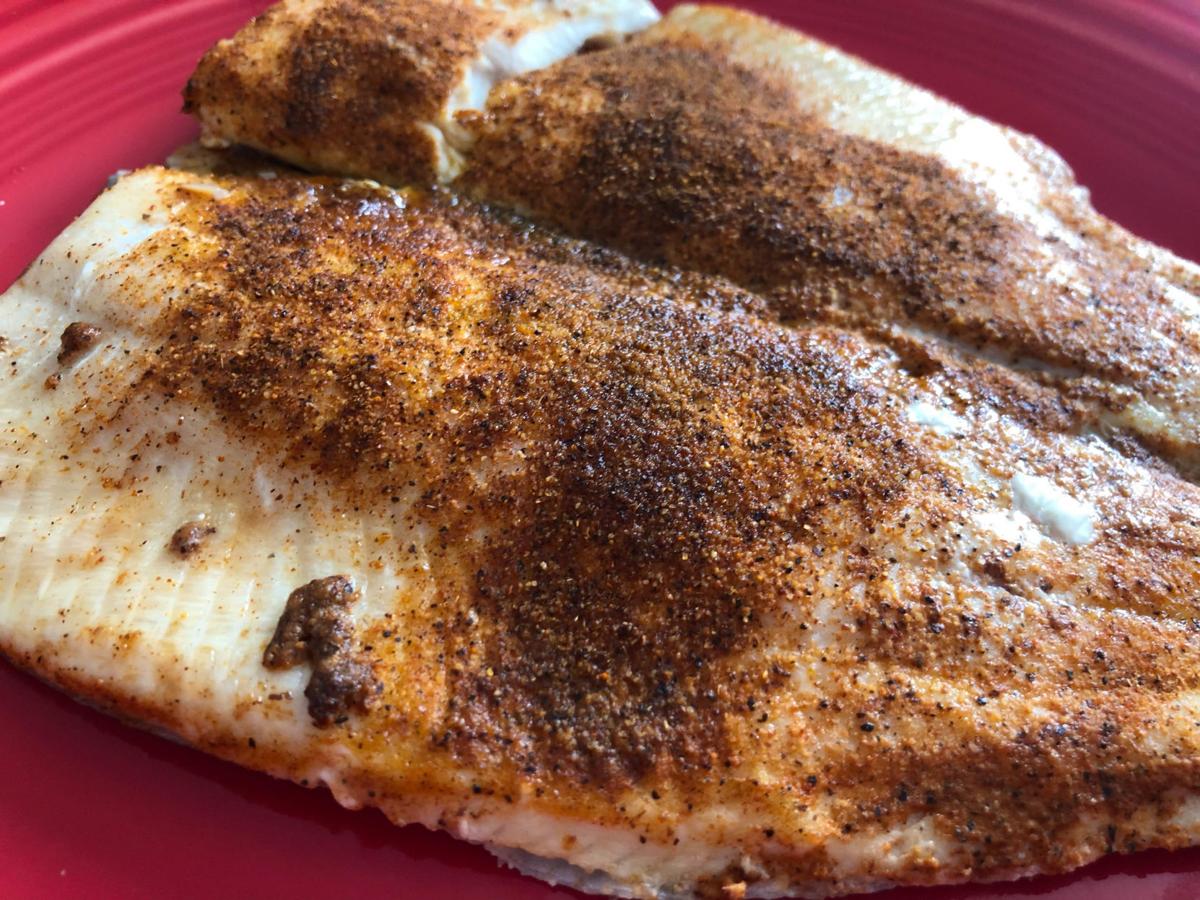 Let’s talk about Appalachia’s chicken of the sea: Trout.

When populations emigrated to West Virginia, they often brought with them dishes from their home countries and infused an Appalachian flair. In lieu of beef, a dish might incorporate venison. No fresh vegetables? Try pickled ones. And what used to be scallops and shrimp now calls for trout.

Trout is plentiful in rivers and streams throughout the state — specifically hidden in the nooks and crannies of flowing water. Brown, Rainbow and Brook Trout can be found wild throughout the region. The brook trout, West Virginia’s official state fish, is the only native trout.

If you’re lucky, you may have even caught a glimpse of a golden rainbow trout, which was selectively bred by West Virginia Division of Natural Resources biologists over several years and is now stocked in lakes and streams each spring.

While abundant in the wild, trout is the standout star when plated. It typically has a mild flavor and delicate, flaky texture. Trout is often baked or pan-seared — maybe with a little butter, lemon and parsley to accentuate the light flavors.

At The Restaurant at Elk River in Slatyfork, farm-raised rainbow trout is prepared with local herbs, baked and filleted table-side. Bluegrass Kitchen in Charleston has served it pan-seared with organic grits and braised kale with a bourbon mustard-dill sauce. And Tamarack in Beckley serves a local rainbow trout pan-seared in a simple lemon butter in their food court.

However the preparation, trout has become an integral part of our foodways in Appalachia — from high-end restaurants to families living off the land over many years.

Utilizing this native fish illustrates the rugged determination of Appalachians to not only create meals with what’s available but also elevate it using local, seasonal herbs and flavors.

Marion Ohlinger, chef and owner of Hill & Hollow Restaurant in Morgantown, keeps a trout option on his ever-changing, seasonal menu. Sometimes it’s smoked trout fondue with pan-fried flatbread. Other times, it may be an entrée with “chuno.”

“Several years ago, I was backpacking in the Andes along the Peru/Bolivia border, and I took a little boat out to the island of Taquile, in Lake Titicaca — the world’s highest navigable body of water and one of the purest on the planet,” Ohlinger said.

“There were no roads or electric on Taquile back then; I hope there still aren’t. I ate at a little home kitchen cafe by the water where they served fish caught right where you sat and cooked right in front of you over an open fire. There, I had the best trout I ever ate in my life. It was pan-fried in chuno, which is crushed, dried potato, and topped with sautéed local berries and spicy peppers.”

When he returned to West Virginia, he replicated the meal with Appalachian ingredients for his previous restaurant, Richwood Grill. He sun-dried local potatoes from the farmers’ market, then ground them in a grain mill for what he dubbed “hillbilly chuno.”

How do you prefer your trout?

You can make your own chuno by simply buying instant potato flakes at the grocery store, then grinding them in a blender, adding salt and white pepper to taste. Be sure to buy the quality flake; no preservatives, just dried potato.

The berries and pepper topping is easy: blackberries and jalapenos from the garden, quick-seared in a cast-iron skillet for 30 seconds with a pinch of salt. I’ve always meant to try it with elderberries, but haven't gotten around to it yet.

For less spice, you can use bell peppers, and for more spice, any pepper that suits your Scoville jones. Dredge the trout in the potato mix, and pan-fry in bacon fat (of course) on medium heat for about three minutes flesh side down, then flip it over to the skin side, turn off the heat, and let it rest in the pan five minutes before topping with the berry mix and serving.

Plan on one trout per person, and about a half cup of berries/peppers per person.