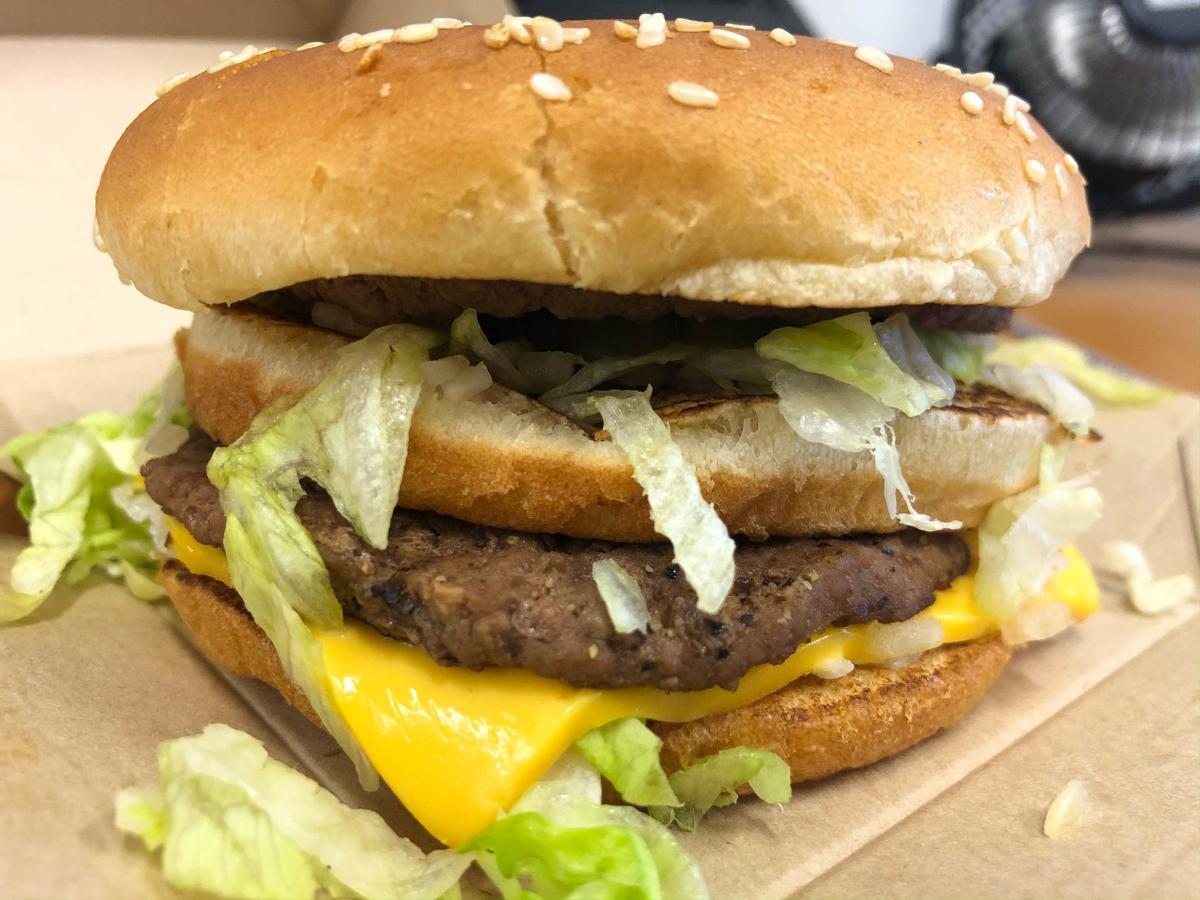 The Big Mac, McDonald’s signature sandwich, has roots in the steel industry. 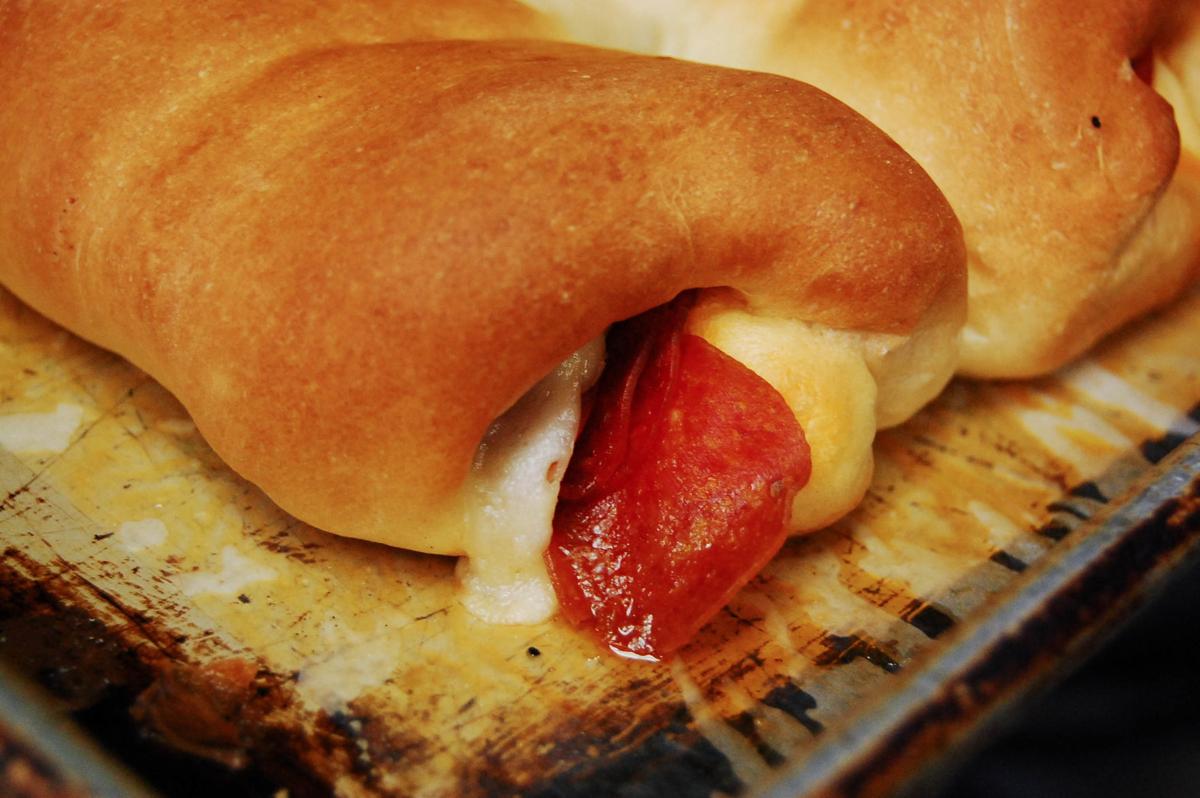 The pepperoni roll was inspired by Italian coal miners. 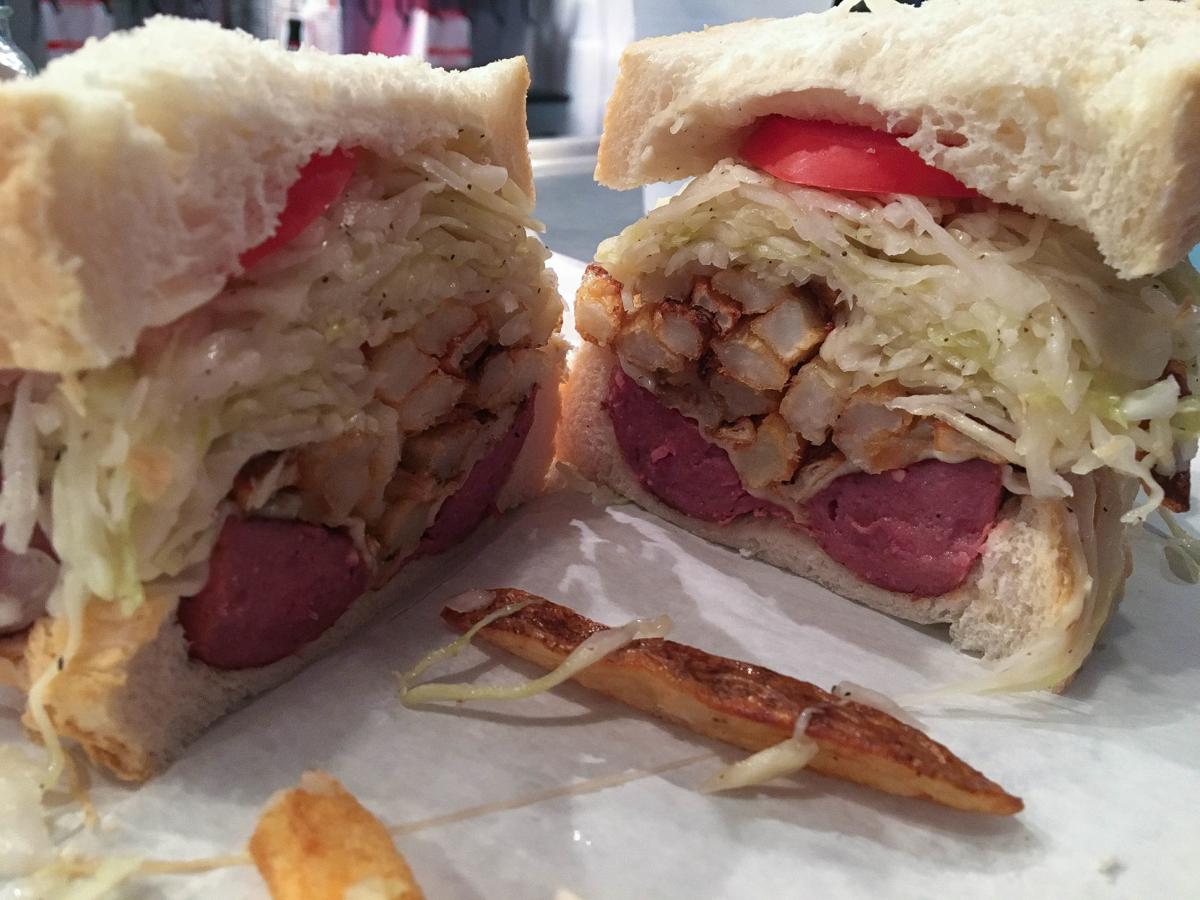 The Primanti Brothers sandwich is topped with fries and created for steel workers.

The Big Mac, McDonald’s signature sandwich, has roots in the steel industry.

The pepperoni roll was inspired by Italian coal miners.

The Primanti Brothers sandwich is topped with fries and created for steel workers.

What do pepperoni rolls, Big Macs and Primanti Brothers sandwiches have in common?

It’s not that they’re all tasty. Try again.

The common thread among these three foods is that they are all inspired by workers in Appalachian industries — whether that’s coal miners or steel workers.

In these tough working environments, lunch options can be limited. Maybe that means people can’t leave for a meal, or maybe that means they have only a short period to eat.

These foods are products of their environment. They’ve been inspired by needs and appetites of Appalachian workers. And the result is, indeed, quite tasty.

Many people emigrated from Calabria, Italy, to north-central West Virginia to work in the coal mines in the late 1800s and early 1900s. And they brought along food from home: cured meats, fresh bread, etc.

So, oftentimes, a lunch in West Virginia coal mines consisted of those same foods. Sometime between 1927 and 1938, Giuseppe Argiro — who once worked in the coal mines — commercialized a new concept of combining those two ingredients.

And the pepperoni roll was born. It became a portable, shelf-stable meal that could be eaten with just one hand and would last all day long in a lunch pail in the coal mines.

The pepperoni roll has since taken on a life of its own and is enjoyed by all. New takes on the pepperoni roll include adding cheese, peppers, sauce and more. But many of those reasons that allowed for its rise in popularity continue to propel it forward: It’s perfect for road trips, tailgating and lunchtime snacks, making it West Virginia’s unofficial food.

The Big Mac debuted in 1967 in the Great Pittsburgh area. Jim Delligatti, who operated several McDonald’s restaurants in the area, invented the sandwich in the kitchen of his Ross Township location and debuted it at his Uniontown restaurant. By 1968, the sandwich went nationwide, according to Reader’s Digest.

The inspiration for the sandwich came from none other than the local industry: steel. During the 1960s, legend says many of Delligatti’s customers were steel workers who had just spent a long day laboring at the steel mills. A simple cheeseburger wasn’t enough to satisfy their appetites, so he began experimenting with two patties — and eventually leading to the sauce, lettuce, pickles and onion.

And, that wasn’t Appalachia’s only contribution to the fast-food giant. Delligatti also helped develop the restaurant’s breakfast menu, according to Business Insider. He fed steel workers who had just finished overnight shifts hotcakes and sausage meals.

The giant sandwiches that are topped with meat, provolone cheese, thick-cut French fries and vinegar-based coleslaw all stacked between two slices of Italian bread are a Pittsburgh specialty.

Most notably served at Primanti Brothers, these sandwiches are rumored to have been made for steel workers in the 1930s so busy steel workers could quickly have an entire meal, all in one sandwich, quickly and easily. Others claim it was created for truck drivers — but, either way, the sentiment remains the same.

Food is such an integral part of our culture that it’s influenced by our daily life and industry. These foods have been created around our work lives, and their very existence is rooted in our place and our labor.

Candace Nelson is a marketing professional living in Charleston. She is the author of the book “The West Virginia Pepperoni Roll” from WVU Press. In her free time, Nelson blogs about Appalachian food culture at CandaceLately.com. Find her on Twitter at @Candace07 or email CandaceRNelson@gmail.com.

In “The West Virginia Pepperoni Roll,” there are a number of recipes that have been passed down for generations or have modern variations. This is one that blends both. Amber High, a West Virginia, native, moved to the Pacific Northwest with her husband Aaron, where “not one person we've met out here has ever heard of or tried pepperoni rolls.” They started baking their own for friends to try, and they run out every time. “We only use stick pepperoni and jack cheese, and make sure to serve them hot so the inside is extra melty and delicious,” Amber said. “Aaron also uses his Grandma Gussie's recipe for honey rolls as the dough, so it's not only extra yummy, but also has a little bit of home baked into every roll." Gussie High's recipe for honey rolls is modified to include pepperoni in the center at the end before baking.

½ cup plus 1 teaspoon sugar (or honey)

Heat milk, Crisco, salt and ½ cup sugar (or honey) until warm and Crisco is melted, and the sugar (honey) and salt are dissolved. Cool to lukewarm.

Mix yeast with warm water, then add 1 tsp sugar (or honey). Allow a few minutes to activate (will form “head”).

Cover with cloth and let rise in warm place for 45 minutes.

Shape into rolls and place on greased pan. Cover and let rise another 1 ½ hours.

Bake at 400 degrees for 15 minutes, until appropriately browned. Remove from oven and brush with butter while hot.