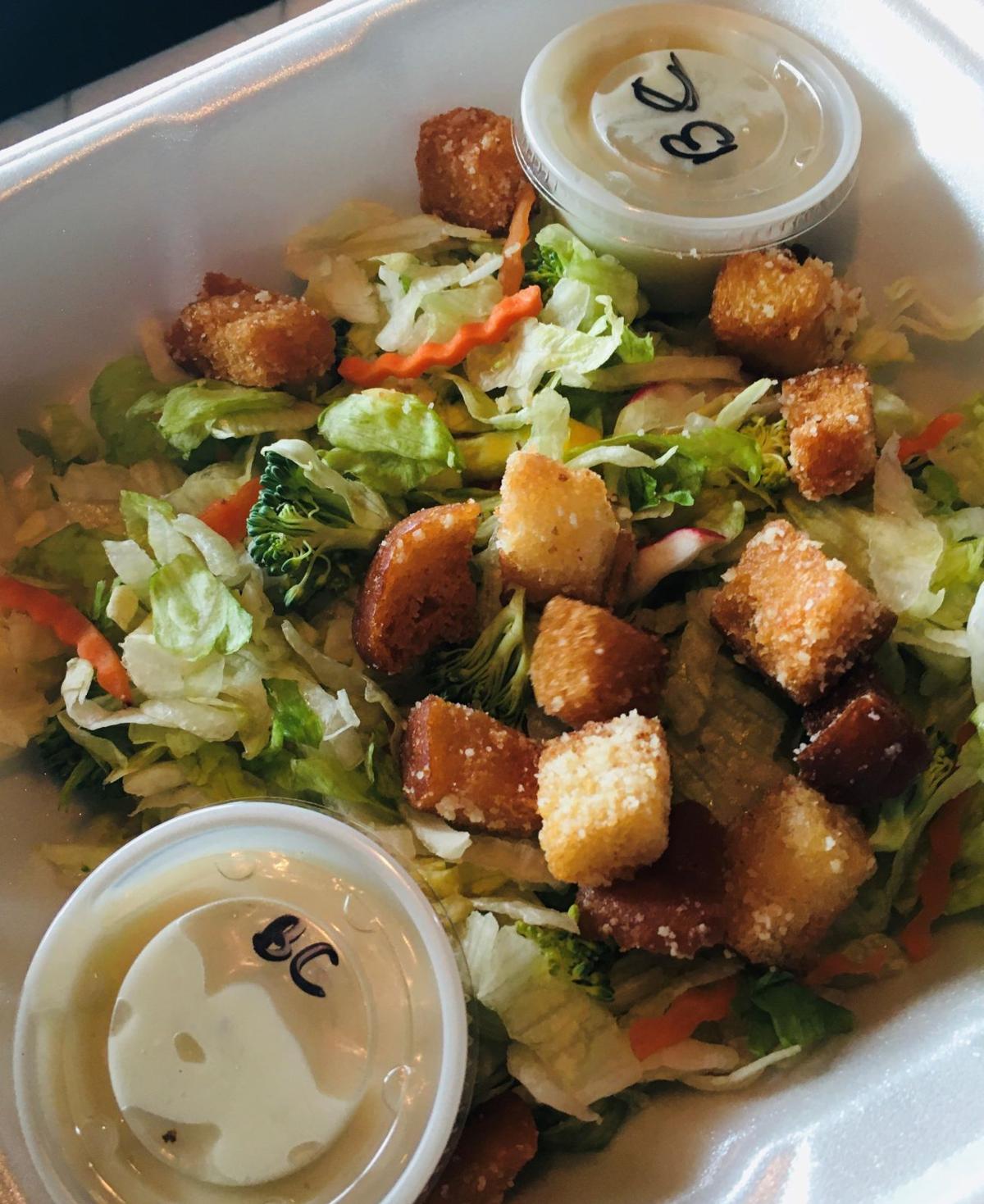 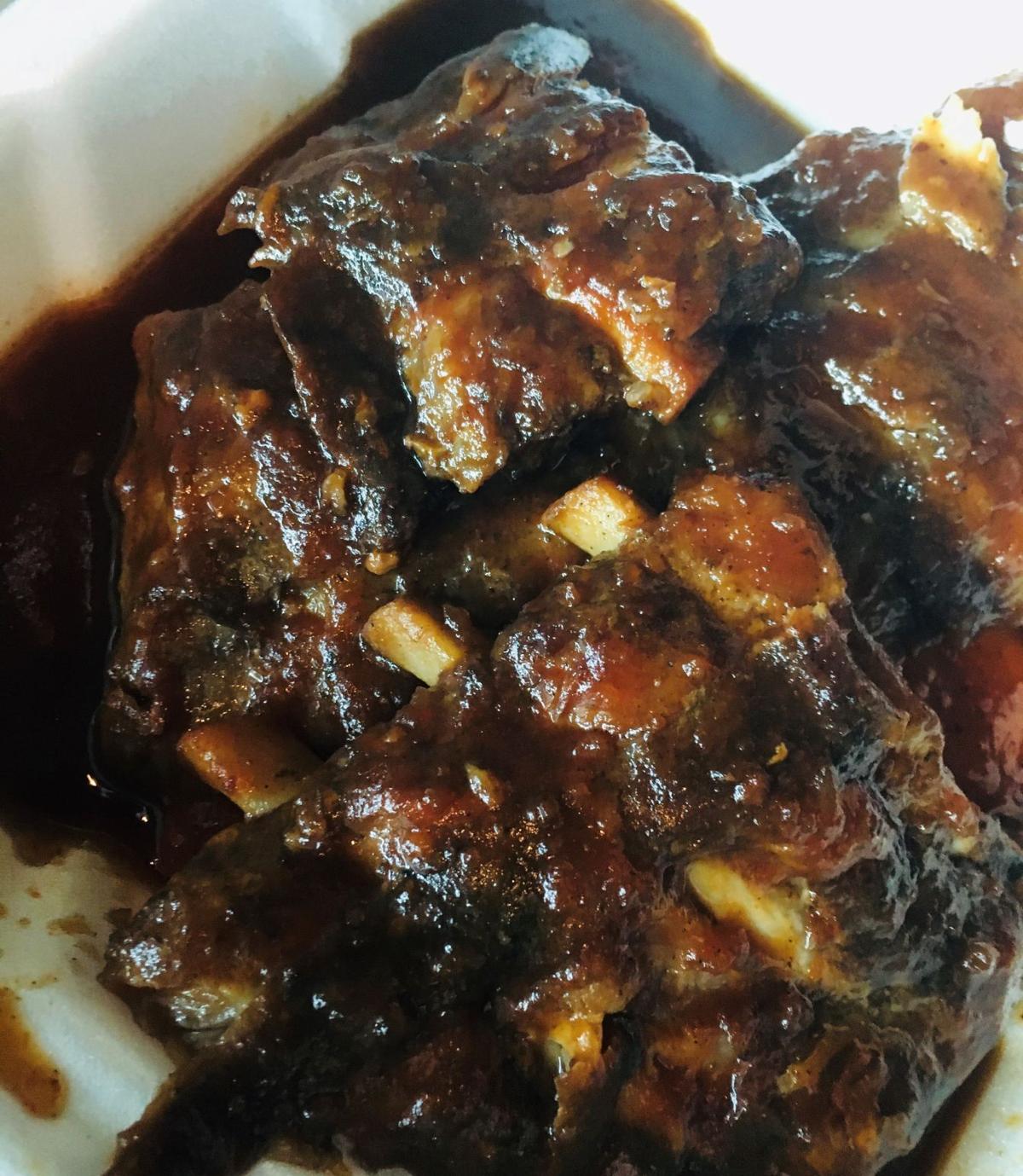 The Food Guy gives a thumbs up to the ribs at Danny’s BBQ Stand.

The Food Guy gives a thumbs up to the ribs at Danny’s BBQ Stand.

After slaying several hours of yard work last week, I was craving a real “stick to your ribs” kind of dinner, so I hopped in the car on a quest for, well, ribs.

That search led me to the relatively new Danny’s BBQ Stand, which boasts it is “The Place to Eat on Quarrier Street.”

Most people know Danny Jones as Charleston’s longtime former mayor, but he was a restaurateur long before that, known for what many have claimed were the best ribs around. I wasn’t around then, so I was excited to try them now.

I popped in for takeout Friday night at his small storefront in the bottom floor of the old Broad Street Hotel, which is filled with memorabilia from his career in both the restaurant business and politics. There are a few tables for dining in, although he’s doing a lot of takeout business these days due to COVID-19.

I ordered a rib platter with two sides, plus a garden salad to go with.

The sides I tried, unfortunately, were nothing to write home about. The coleslaw was creamy, but heavily overdressed, and the potato salad was too bland for my taste. (I’ve heard others rave about the “smoked” potato salad here, but I didn’t taste anything remotely smoky.)

The garden salad was mostly just shredded iceberg lettuce, but the blue cheese dressing and homemade croutons topping it were very nice.

Danny’s ribs, however, are life.

Literally falling off the bone, they were so meaty and tender and flavorful that I regretted not ordering the double rack. They were also generously bathed in his signature sauce, which was intriguing to me as well. I went back and forth from wishing the sauce had a little more punch — more heat or sweet or tang — to thinking it was perfectly balanced and nuanced just as it was.

Either way, I’m SO getting those ribs again. I’ll just try different sides next time around. Those include baked beans and macaroni salad, plus there’s soup, chili, chicken, BBQ sandwiches and a smoked chicken chef salad on the menu.

My food came quickly, service was friendly and COVID-19 precautions were in place.

Following up on the gauntlet I threw down last week regarding restaurants not following proper COVID-19 safety precautions, that’s a concern many of you have shared with me as well.

“Steve, love your column and read it every time is shows up in my paper so I figure there’s nobody better connected with the restaurant community in Charleston, especially with the owners of restaurants,” Cross Lanes reader Robert Avsec wrote. “So rather than rant on social media about this, I thought it better to enlist some knowledgeable help.”

He went on to say he and his wife were making a good faith effort to support their favorite restaurants to help them get back on their feet, but have been disappointed by some of their COVID-19 efforts of late.

Specific concerns he’s seen include staff not properly wearing masks at all times, using the same cloths to wipe down different tables, wiping up disinfectant spray before it has a chance to do its work (or not even cleaning tables between customers) and letting customers inside who are not wearing their own masks.

“I’m asking if you can do what you can to get the word out to the people who own and manage our restaurants that it’s important for them to do their part,” he summed up. “We’re doing our part.”

Robert, I couldn’t agree more, which is why I put restaurants on high alert last week. Moving forward, I’ll be calling out any infractions I see in my reviews so customers can make more informed choices about where they feel safe dining.

In local restaurant news, Bridge Road Bistro in South Hills has announced that it will reopen its doors on Tuesday, Sept. 15, after an extended closure since the beginning of COVID-19. Home delivery will be offered as well.

Plus, a new restaurant opening its doors in Clendenin later this month is offering a unique “pay what you can” pricing model. When ordering a meal at The Trail Kitchen, customers can pay whatever they can afford, whatever they think the food was worth or “pay it forward” by contributing extra to help fund future meals for those who may need the help.

A diverse menu will feature burgers, pizza, Asian noodles, home-cooked dishes and a signature “Muck Plate.” What’s that, you say?

Owner Jeannie Marker says: “It’s incredibly addictive — my secret, secret, double-secret spicy meat sauce over home fries and macaroni salad and two cheesy burgers and some onions. You just throw all that together, put the sauce over it and it’s amazing.”

I’m at a loss for words, but you know I’ll try anything.