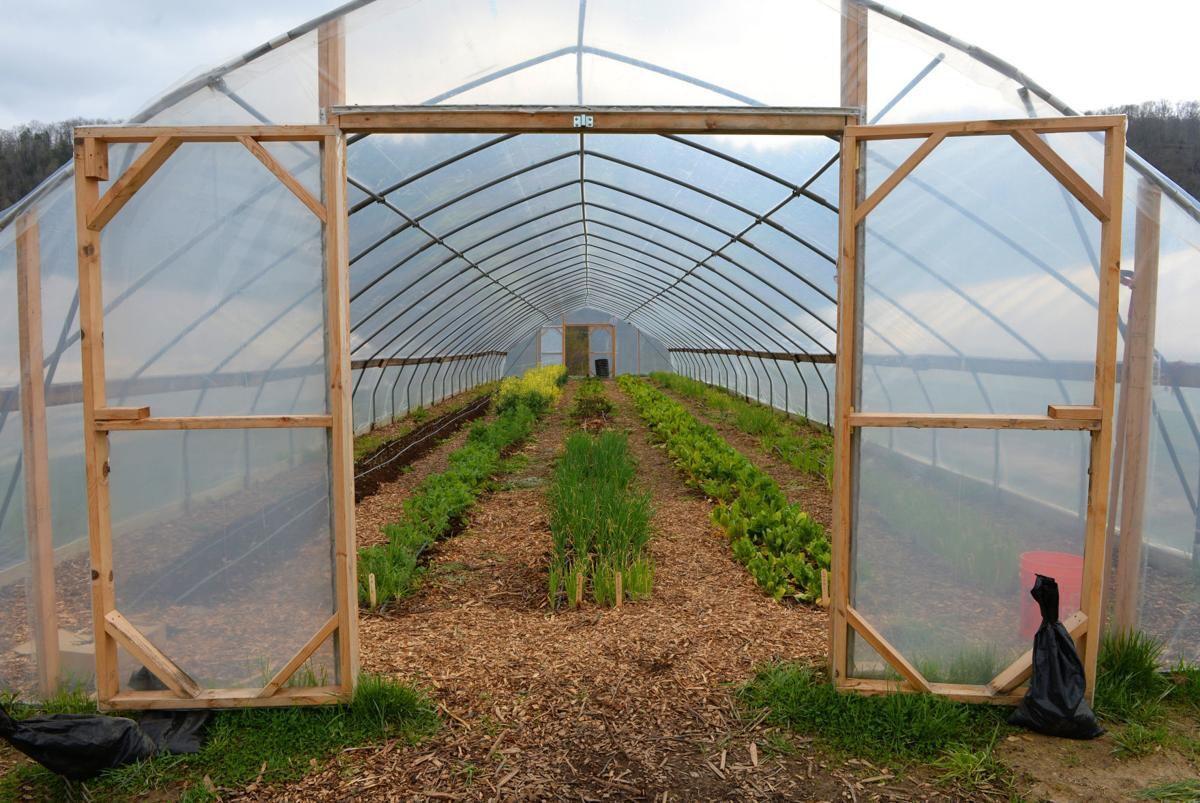 A full greenhouse at Sprouting Farms. 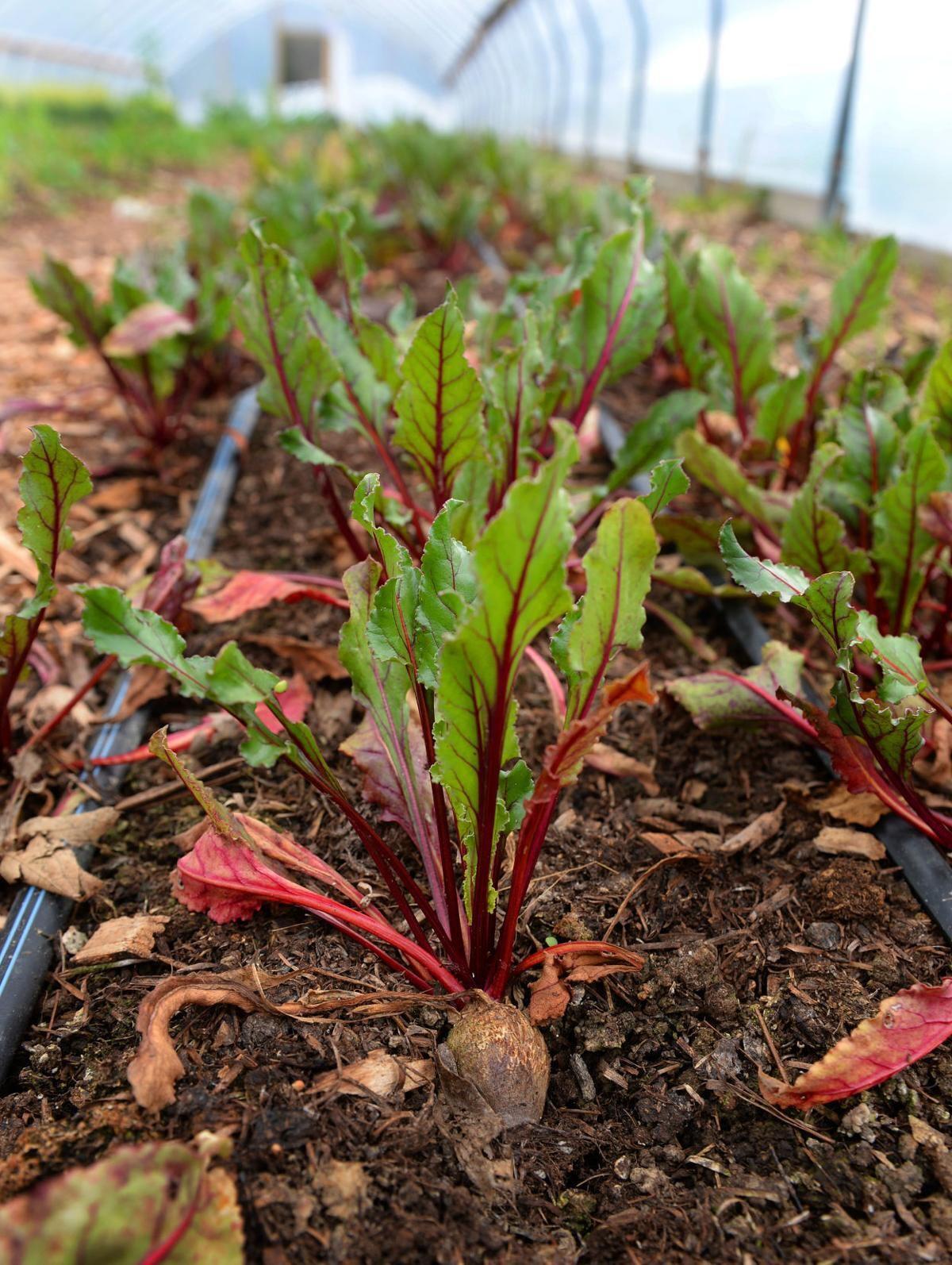 Beets growing in a greenhouse at Sprouting Farms. 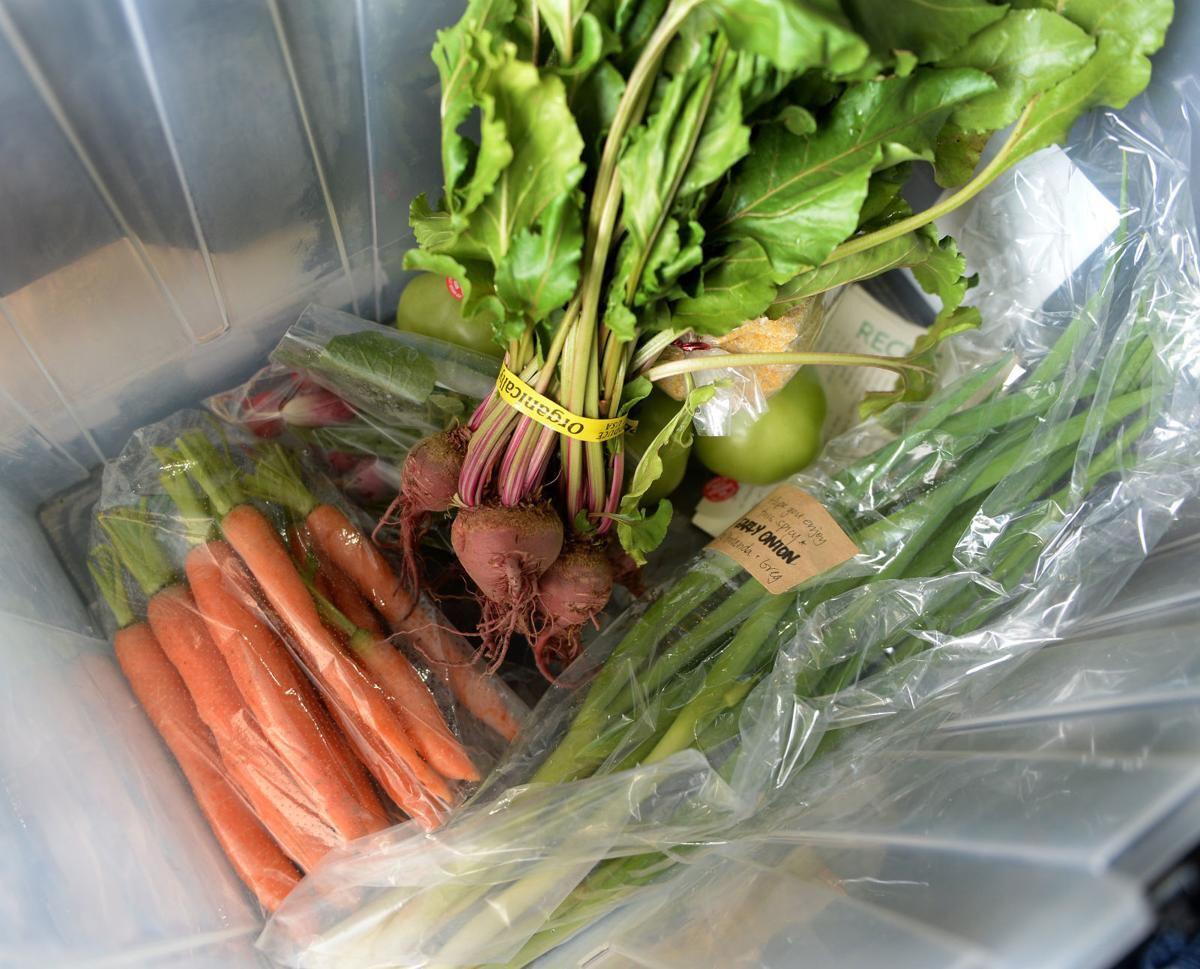 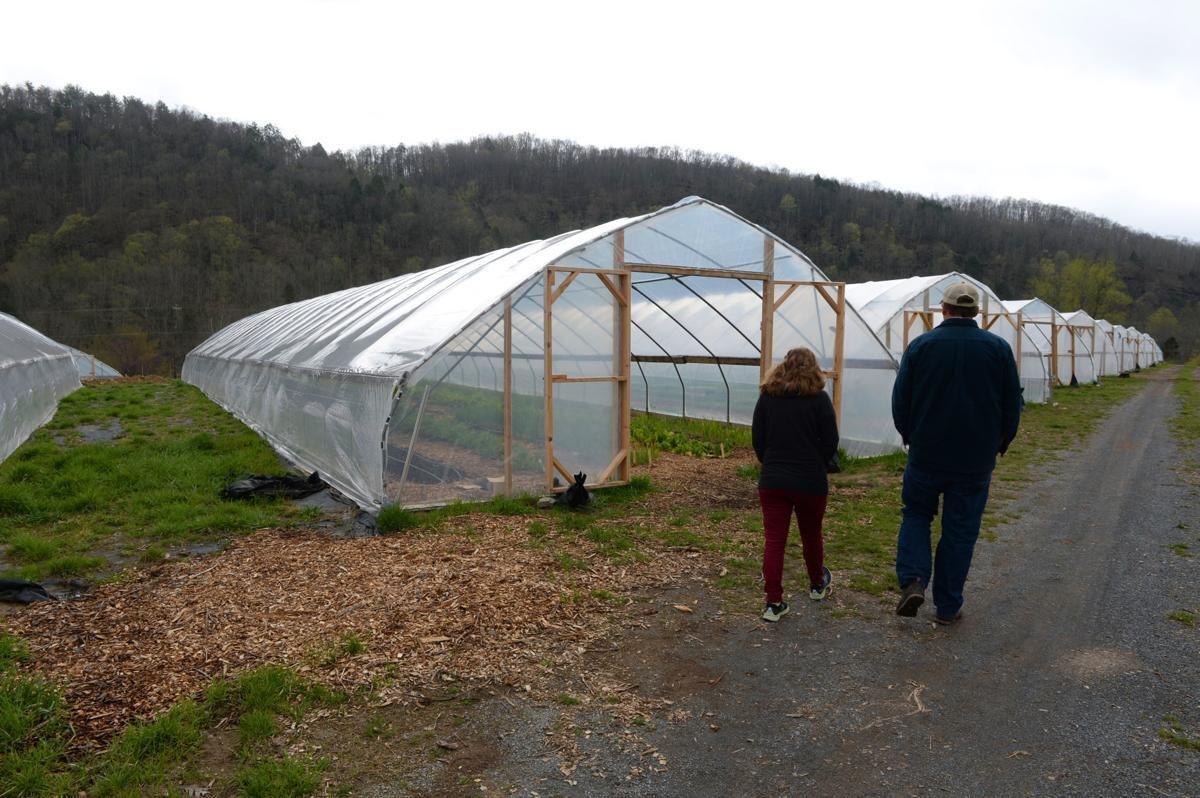 Growing space in the high tunnels at Sprouting Farms is available for rent at affordable prices for farmers starting up their businesses.

A full greenhouse at Sprouting Farms.

Beets growing in a greenhouse at Sprouting Farms.

Growing space in the high tunnels at Sprouting Farms is available for rent at affordable prices for farmers starting up their businesses.

When COVID-19 arrived in March, West Virginians were spending about $8 billion a year on food — but less than one-tenth of it was food produced in West Virginia, which has more small-scale farms per capita than any other state. Until the pandemic began and people started staying home and cooking and thinking locally, it wasn’t easy for most of West Virginia’s small farms to market vegetables.

That’s changing, and one of the change agents was lucky enough to get a head start. In 2017, Sprouting Farms was launched on 83 acres near the town of Talcott in Summers County. Some of its 83 acres hold 30 sizable high tunnels, which extend the growing season. Many of them are rented out at the low rate of $35 a month to local farmers who grow vegetables, berries and flowers inside the high tunnels. Garden plots outside the high tunnels rent for only $12 a year.

Sprouting Farms also hosts an on-site food hub that buys and distributes produce grown and harvested by its on-site renters, as well as other growers in the vicinity. The food hub is linked with many other food hubs in southern West Virginia, including ones in Charleston, Huntington, Beckley, Fayetteville, Lewisburg, Alderson and Greenville.

It all adds up to a winning game plan!

In the early 1970s, no such help existed. I should know: I was among many young people who moved to Lincoln County back then, hoping to make a living (or at least achieve self-sufficiency) through small-scale farming. But no small-farm apprenticeships existed in West Virginia. Few existed anywhere in the United States back then — although now, over 2,000 small-farm apprenticeships dot the country, including quite a few in West Virginia.

Fortunately, in the ’70s, many of our older neighbors taught us what we needed to know — everything they would have taught their own children and grandchildren if searching for jobs hadn’t pulled that next generation of would-be farmers away to the city of Huntington and to points beyond.

We newcomers hoped to find a market for what we grew, but that was a long shot — as one of the first new families in Lincoln County learned the hard way. In spring 1970 near the tiny hamlet of Myra, the Goldsmiths bought a large, old farm. For a cash-crop, they raised a full acre of organic tomatoes that summer and they pre-arranged to deliver an entire van load of the tomatoes to a health food store in Washington, D.C. It didn’t work out as planned because the store that was to buy them was closed for a vacation. So they spent an entire day hustling to many stores in the area, trying to sell organic tomatoes at a time when “organic” was still an unfamiliar concept.

So, 50 years ago in West Virginia, making money by growing vegetables was problematic.

Today, with locally-grown organic food suddenly becoming part of West Virginia’s mainstream economy, there still remains a great deal we can learn from how rural West Virginians lived back when money was “scarce as hen’s teeth.” I’ve just written a book about that, but someone else has already said it in a nutshell. In 2007, West Virginia’s former Supreme Court Justice Larry Starcher gave a prophetic speech at WVU-Parkersburg on its annual Appalachian Heritage Day. He said that because of “the reciprocity, bartering, cash-poor economy and consequent social structure that characterized Appalachia, ... one’s fortunes [were] more dependent on the virtues of cooperation and getting along, rather than on the virtues of competition and standing out.”

He went on to say, “I believe that generally, it is only what is close and personal, and rooted in face-to-face human friendship, that can make our lives meaningful. The core of our Appalachian heritage is the face-to-face, day-to-day relations of humans in community, helping one another through life with joy and loss — with friendship. ... So here in the 21st century, we play banjos and dulcimers for each other, and make pottery and sew quilts and can food, and shuck corn and square dance — not for TV cameras, and not for sentimentality — but to feed our souls.”

And looking toward the future, Starcher said that someday, “We may well again need the kind of self-sufficiency and simple living that are at the core of our Appalachian heritage, not just for spiritual reasons, but for survival itself.“

To that, I’ll only add: Hurry up Sprouting Farms, and others like you. Sprout more small-farm offshoots as fast as you possibly can. And let’s all of us remember that we are each other’s fellow human beings.

Paul Salstrom is Professor Emeritus of History at St. Mary-of-the-Woods College in rural Indiana. His forthcoming 2021 book from the University of Tennessee Press is titled “Appalachia’s Alternative to Mainstream America: A Personal Education.” For more information on locally-grown food, see: www.sproutingfarms.org and www.turnrowfarms.org.