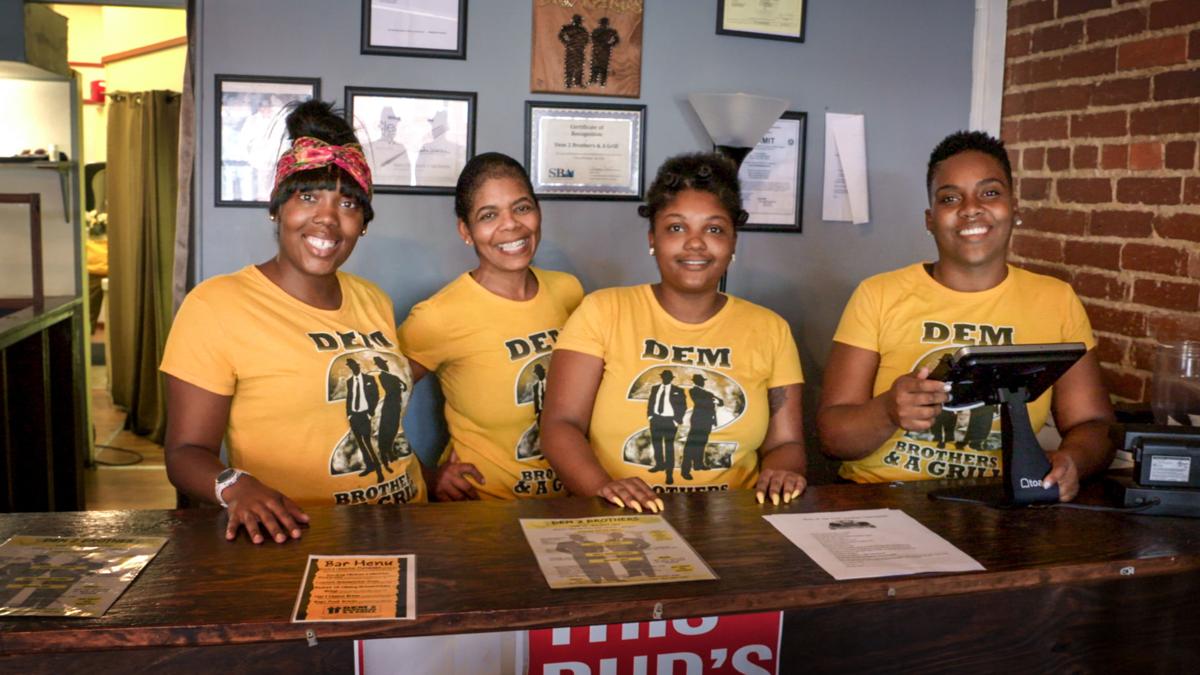 The “Our Towns” documentary brought HBO to Charleston, where they explored the city, met people and learned about the struggles and successes here, including successful businesses like Dem 2 Brothers & A Grill, a popular barbecue restaurant. 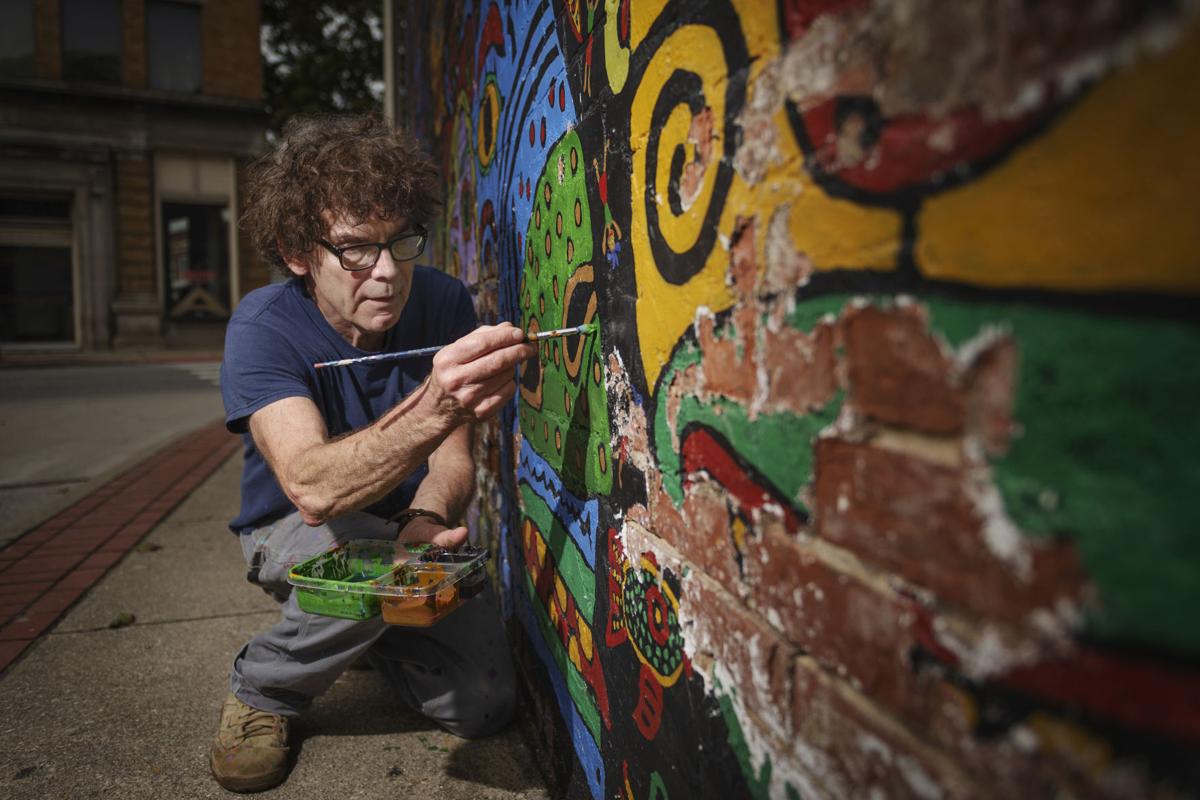 Artist Charly Hamilton touches up his mural on Charleston’s West Side in 2018. 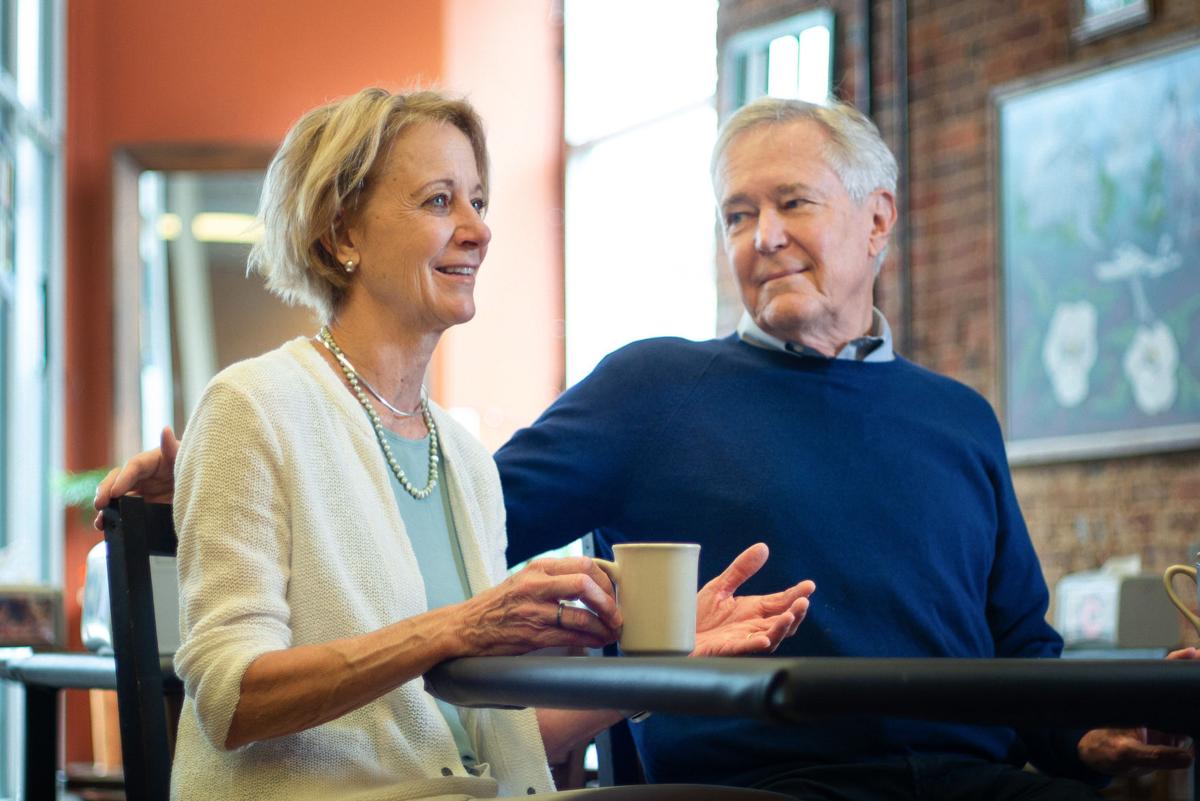 Deb and Jim Fallows wrote the book “Our Towns: A 100,000 Mile Journey into the Heart of America,” which was the inspiration for the HBO documentary “Our Towns,” currently showing on HBO and streaming on HBO Max. 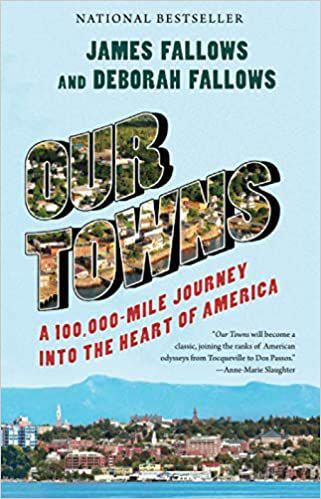 If not for a trip to Charleston, HBO’s new documentary, “Our Towns,” might never have gotten off the ground.

Steven Ascher, who co-directed the film inspired by the book “Our Towns: A 100,000-Mile Journey into the Heart of America” by writer/researchers James and Deborah Fallows, said, “Charleston has a special place in the film. It was the test case.”

The director explained that the television network was interested in a documentary based around the best-selling book by the Fallows.

In 2013, the couple took off in a small, single engine airplane piloted by Jim, and went from one place to the next, trying to get a closer look at what was happening at the grassroots level.

They had local conversations and got to know people in places often referred to as “flyover country.”

The book grew from articles they wrote for The Atlantic, which began with a single blog post asking readers to share compelling stories about their town — successes and struggles that had been overlooked by the national press.

The success of the book attracted HBO, which matched Ascher and his partner Jeanne Jordan with the Fallowses. The television network then funded what amounted to a pilot that might lead to a larger film.

The director said they weren’t entirely sure what they were doing, at first.

“It was incredibly nerve-wracking,” Ascher said. “We didn’t have a system yet.”

But they had some good luck. They had a talented cinematographer, Ryan Harvey, who gave the project its bright look. And they also met Steve Schmidt, a Charleston resident, who served as their sound engineer.

Schmidt was more than just the “sound guy.”

“He was also a guide, a conduit and a great idea generator,” Jordan said.

“We were just feeling our way,” Ascher said. “Then we edited something from the Charleston material, and everyone said, ‘This is great. Keep going.’”

A few days in Charleston turned into three months on the road, revisiting eight towns and cities the Fallowses had written about.

Jordan laughed and said they didn’t all pack into their little plane for this new tour.

When the Fallowses began their project in 2013, they had no idea where it would lead. They were following up on an avalanche of responses from a simple blog post published through The Atlantic. The couple wanted to visit some of these towns and report on what they saw.

It sounded like a project that would take maybe two months to complete.

“It ended up being almost four years,” Jim said.

Jim said, “Each place we’d visit, we’d think, ‘What did we learn there? What would be a complimentary place to go?’ We sort of made that up as we went along.”

Many of the places were small and out of the way, sometimes served by tiny airports. Yeager Airport, which is sometimes criticized for being small, they said was plenty big enough for them.

“Anywhere where commercial planes land, to us, is like being able to drive on an eight-lane interstate-highways when you’re the only car,” he said.

Traveling by small plane, he acknowledged, was an acquired taste, but it was perfect for them.

“The view of the world it gives you at 2,500 feet is unique, but it requires full attention and awareness of safety,” Jim said.

Attention and awareness was what their trips were all about.

The Fallowses visited and revisited dozens of communities. Often, the couple would fly into a small airport and then go looking for the local newspaper editor, the local librarian or someone at a school. They’d talk and get a sense of where they were.

“Eventually, we’d ask, ‘What’s interesting here? Who can we talk to?’” Jim said.

Deb said they’d generally spend a couple of weeks in each area. They visited dozens of towns, but she said the places didn’t run together.

The kind of trip they were on didn’t lend itself to much boredom. They heard stories, met colorful characters, and got a sense of each place.

“We took a lot of pictures and wrote a lot of short pieces about every place we went,” Deb said. “You remember what you write a lot better than what you don’t write about.”

There were always little cues to remind them that they weren’t home in Washington, D.C. Sometimes, it was a farm report on the radio or a smell coming in through the vents of their small plane.

Deb remembered flying into Dodge City, Kansas on a hot day and catching the breeze passing over the feed lots as they came in to land.

The pace of the documentary moved. Since they were revisiting places, the Fallowses and the film crew didn’t spend as much time in each town, but every town got a chance to show itself and Charleston gets plenty of screen time.

As with the other places the Fallowses visited, the camera didn’t flinch from showing rows of empty storefronts, trash-strewn empty lots or boarded up houses, but it also looked at where the city was thriving.

The Fallowses arrived not just as observers, but visitors willing to listen and engage. They spent time at Dem 2 Brothers and a Grill, a popular barbecue restaurant on Charleston’s West Side. They discussed the importance of libraries with then-Charleston Mayor Danny Jones on his radio program and talked to attorney and Elk City developer Tighe Bullock.

They also caught a taping of “Mountain Stage” and spoke with Pulitzer Prize-winning reporter Eric Eyre about the opioid crisis.

Working with a film crew required some advanced planning for portions of the documentary. They had to contact “Mountain Stage” to get access to the show and bring cameras, for example, but not everything was scripted or planned.

“You’d go out with a camera as the sun is coming up and you get shots and meet people,” Ascher said.

Luck and opportunity played a part in the experience — like meeting local artist Charly Hamilton, who was touching up his outdoor mural, “West Side Wonder,” in Elk City.

On a lunch break, the crew went over to talk with him, and he gave them a little bit of Shakespeare.

“It was just the most wonderful thing,” Ascher said. “These things are serendipity. You can’t plan them.”

The documentary film crew finished filming in the fall of 2019 and did a fair chunk of the editing before the pandemic closed the country down.

The pandemic is not central to the film, Ascher said, but it is somewhat prescient.

“Our Towns” discusses remote work, which is a concept many people have gotten to know very well over the last 12 months.

“You don’t have to explain that anymore,” he said. “Everyone is doing it.”

One of the takeaways of the film, he thought, was just how work and home don’t have to be in the same place anymore.

It’s very feasible to live someplace besides a major city.

“Charleston is one of those places,” Ascher said. “It’s ripe for telecommuting. It’s a great place to live.”

“Our Towns” is currently showing on HBO and streaming on demand through HBO Max.