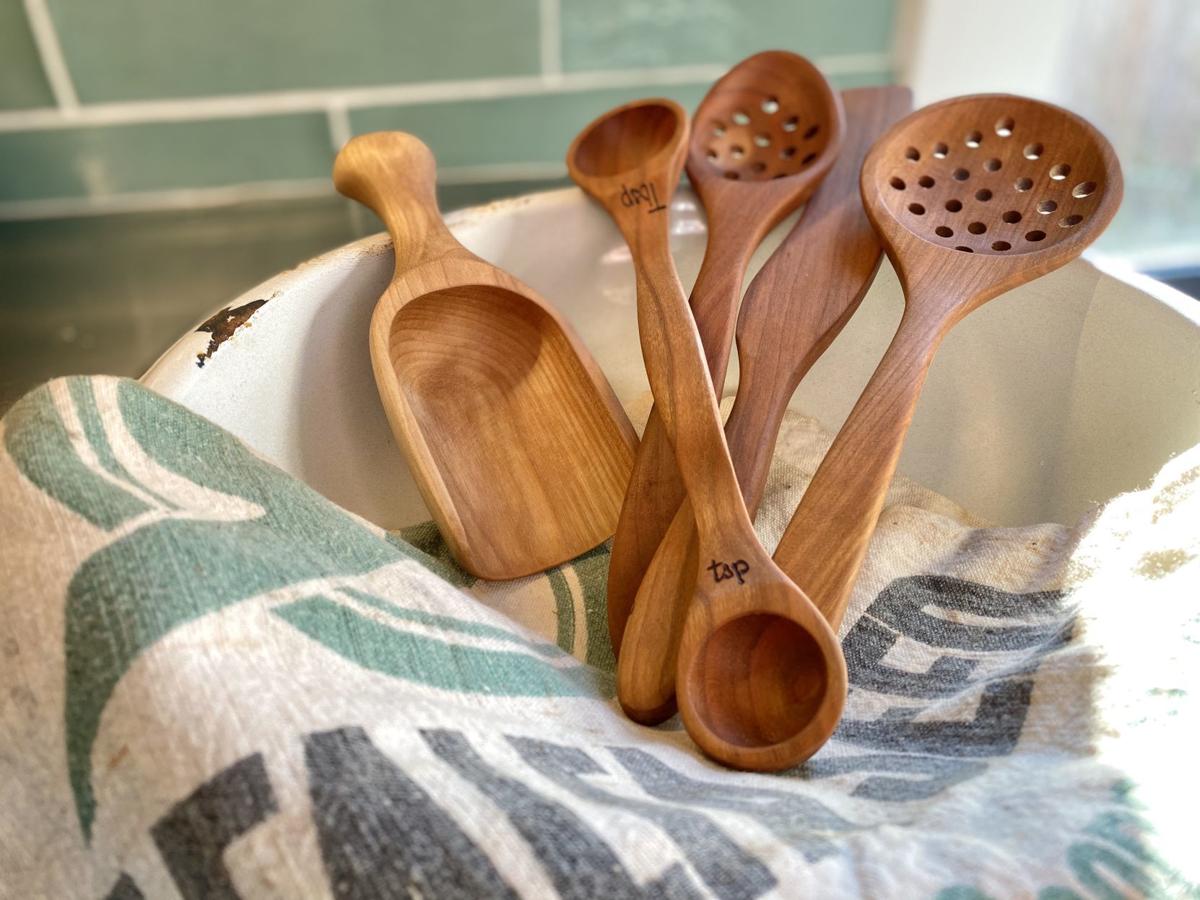 The hand-crafted wooden spoons and spatulas they'd made for gifts became a flourishing business for Stan and Sue. 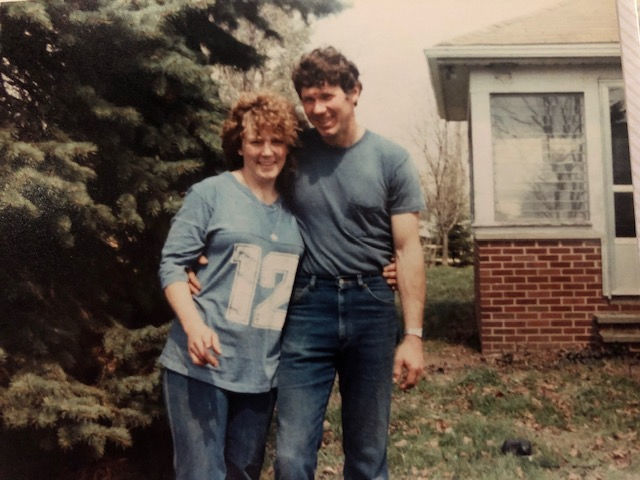 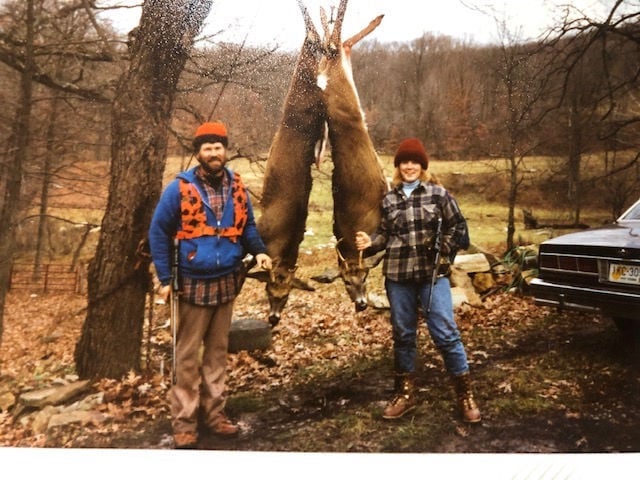 Stan Jennings remembers he was pretty impressed the first time he spoke to Sue Williams, back in 1985, because he overheard her mention that she’d recently shot a deer. 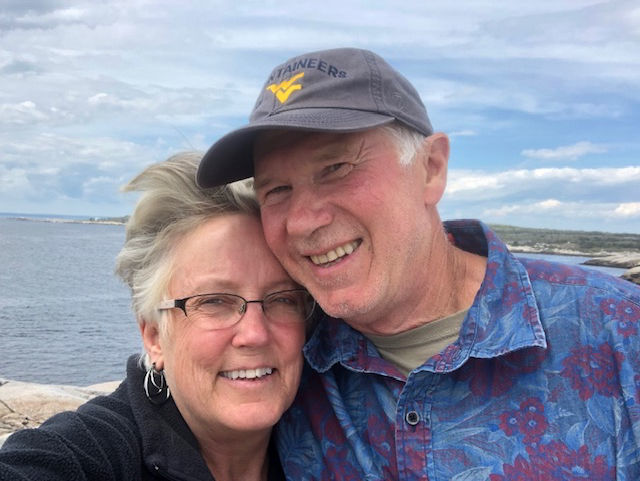 A recent photo of Stan and Sue.

The hand-crafted wooden spoons and spatulas they'd made for gifts became a flourishing business for Stan and Sue.

Stan Jennings remembers he was pretty impressed the first time he spoke to Sue Williams, back in 1985, because he overheard her mention that she’d recently shot a deer.

A recent photo of Stan and Sue.

THORNTON — Stan Jennings remembers the first time he spoke to Sue Williams. It was the start of a night shift in 1985. Everyone was in the lamp house above Kitt Mine No. 1, in Philippi.

The usual banter echoed around the room — funny jabs, weekend plans, family talk — but, above it all, he heard a woman say she recently shot a deer. It was like everyone else fell silent.

Stan stepped around the lamp rack. It wasn’t the first time he’d seen Sue. Her wavy, strawberry-blond hair was hard to miss. This time, though, he addressed her directly. “Do you really hunt?” he asked.

Sue was used to that kind of question.

She grew up playing football, riding dirt bikes and hunting alongside a female cousin. Raised on a dairy farm, she wasn’t fazed by hard work. Mining came naturally, and most of her male colleagues treated her well.

Still, she could hold her own when needed. This time, it was easy. “Hunted since I was 13,” she replied.

Stan was impressed. He liked her pluck, a woman who could always put meat on the table, and wanted to know her better. Night shift after night shift, they chatted.

Soon the conversation spilled over to early morning breakfasts, where they talked about everything from failed relationships to dream jobs. Sue said that if she could do anything, she’d be a woodworker. While mining was fine, she yearned for a creative outlet, and wood felt right — a natural material, one that encompasses all life in rural West Virginia, one that kept her ancestors alive. But how can you make a living carving wood?

She’d find out sooner than she could imagine. At the end of that year, right before Christmas, everyone at Kitt Mine No. 1 received pink slips. The mine was shutting down.

Losing a job is always frightening, but Stan and Sue were buffered by their self-sufficient lifestyles. Stan grew much of his own food on his 45-acre farm in Thornton, and the thing that first attracted him to Sue, that she could put meat on the table, now really mattered.

They began to spend more time together, hunting, sharing meals and carving wood in his farmhouse basement. Soon, it just made sense for her to move in.

Even with their independent streak, the couple still had to pay cash for things like utilities and gasoline. They picked up what Stan called “dead-end jobs that didn’t amount to nothing.” She did janitorial work. He poured concrete.

Money was tight, so when they saw a listing for a craft show in nearby Morgantown, they immediately thought of wooden spoons and spatulas they’d been making in the basement. They’d only ever given them away as gifts, but maybe they could make a few bucks.

They entered the West Virginia University Coliseum with boxes of utensils and a folding table. The giant room was filled wall to wall with craftspeople. On one hand, it was exciting to see so many folks who crafted things the old-fashioned way. On the other, it was daunting. Who was going to pay attention to their little table with this much to see?

Soon, the doors opened, and the public poured inside. People started mingling — thousands of them, it turned out. There were plenty of customers to go around. Before day’s end, all their wares were gone.

“After the show, I spent the rest of the night making stuff,” Sue said.

She restocked in time for the second day, which went just as well. In one weekend, the couple made about $1,000 — roughly 12 weeks of pay for a part-time janitor working minimum wage in the mid-1980s.

Sue called that craft fair their watershed moment. The couple knew they had to grow their operation, and the first step was moving out of the basement. As luck would have it, they’d been dismantling an old home Stan bought before the mine closed.

While taking down extensions to expose an old log cabin at the building’s core, they saved every salvageable board. There were enough scraps to build their first true, stand-alone workshop. The cabin they exposed came with them, too. Reconstructed on their farm, it became a guest space and, eventually, a showroom for the couple’s beautiful wood products.

Under the name Allegheny Treenware, a nod to their mountain roots, Stan and Sue became masters of the craft show circuit. They worked the entire Eastern U.S., hitting 23 shows a year.

With that much time on the road, it was hard to turn out enough product, so they began hiring people, teaching them the trade. Before they knew it, a dozen employees were making their wooden utensils, following the couple’s signature process which starts with local hardwood logs and ends with a finish of mineral and pure, raw linseed oil.

Their product line grew to 170 different wooden utensils, and soon, strangers started showing up at the farm, asking to see their wares and workshop. Rather than turn them away, the couple welcomed them, and word spread.

“They go through the process,” Sue explained, noting that the tour is free. “And they get to go home with a spoon,” a little gift that’s also free.

But it’s not just the woodworking that interests people. Stan and Sue have carved out a sustainable lifestyle that puts most Prius-driving urbanites to shame. They grow their own food, most of it organically, and they’ve built a green business that recycles nearly all of its waste.

Plus, in a rural area riddled with dead mines, they’re a significant employer, giving neighbors a chance to leverage their Appalachian heritage by making wood products.

That is both a gift and a challenge.

Stan was recently diagnosed with leukemia. “I feel very fortunate to have the type that I have,” he said, explaining that he’s responding well to treatment. But the couple also know they can’t work forever.

Even when they retire, they want to make sure their dedicated employees can keep carving wood.

“As long as they want to work, we will try to keep the doors open,” Sue said.

Mark Lynn Ferguson has written about Appalachia for a decade. His work has appeared in The Washington Post, Chicago Tribune, and publications across the region. He also leads The Revivalist: Word from the Appalachian South. Follow him at therevivalist.info.