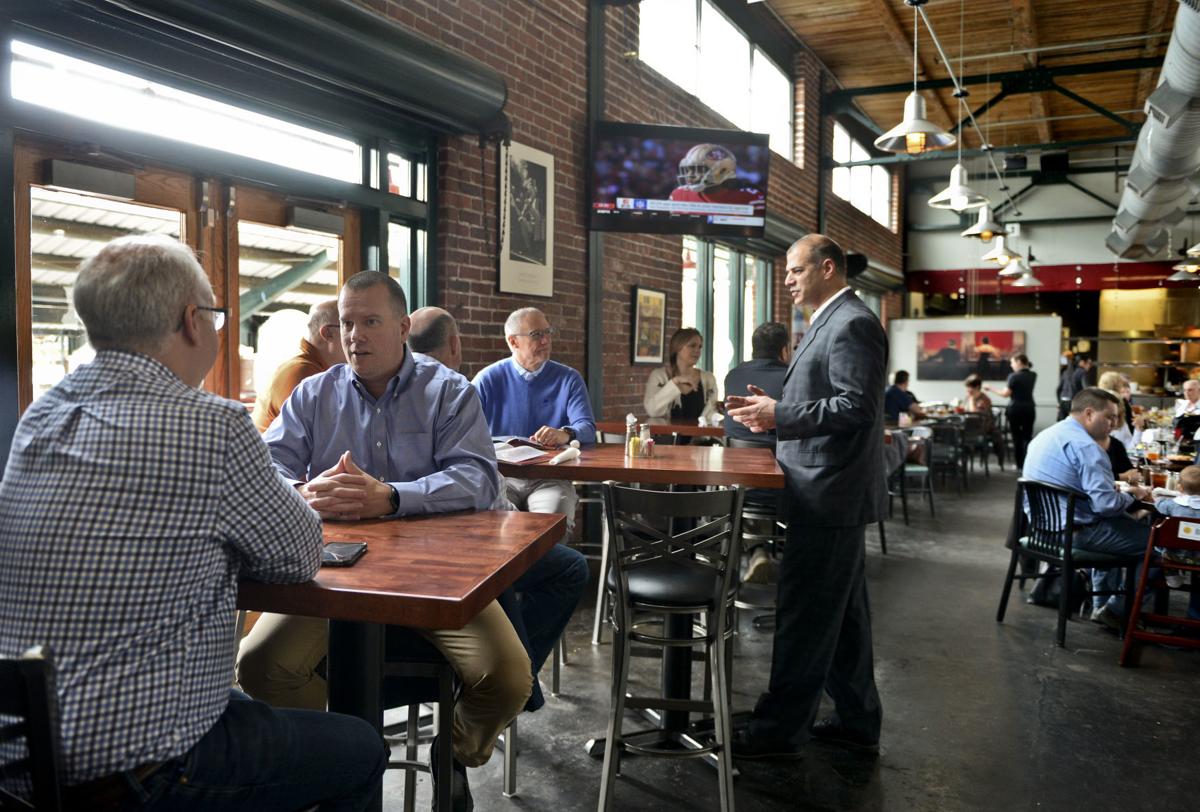 Tracy Abdalla speaks with patrons at his new restaurant Soho’s. 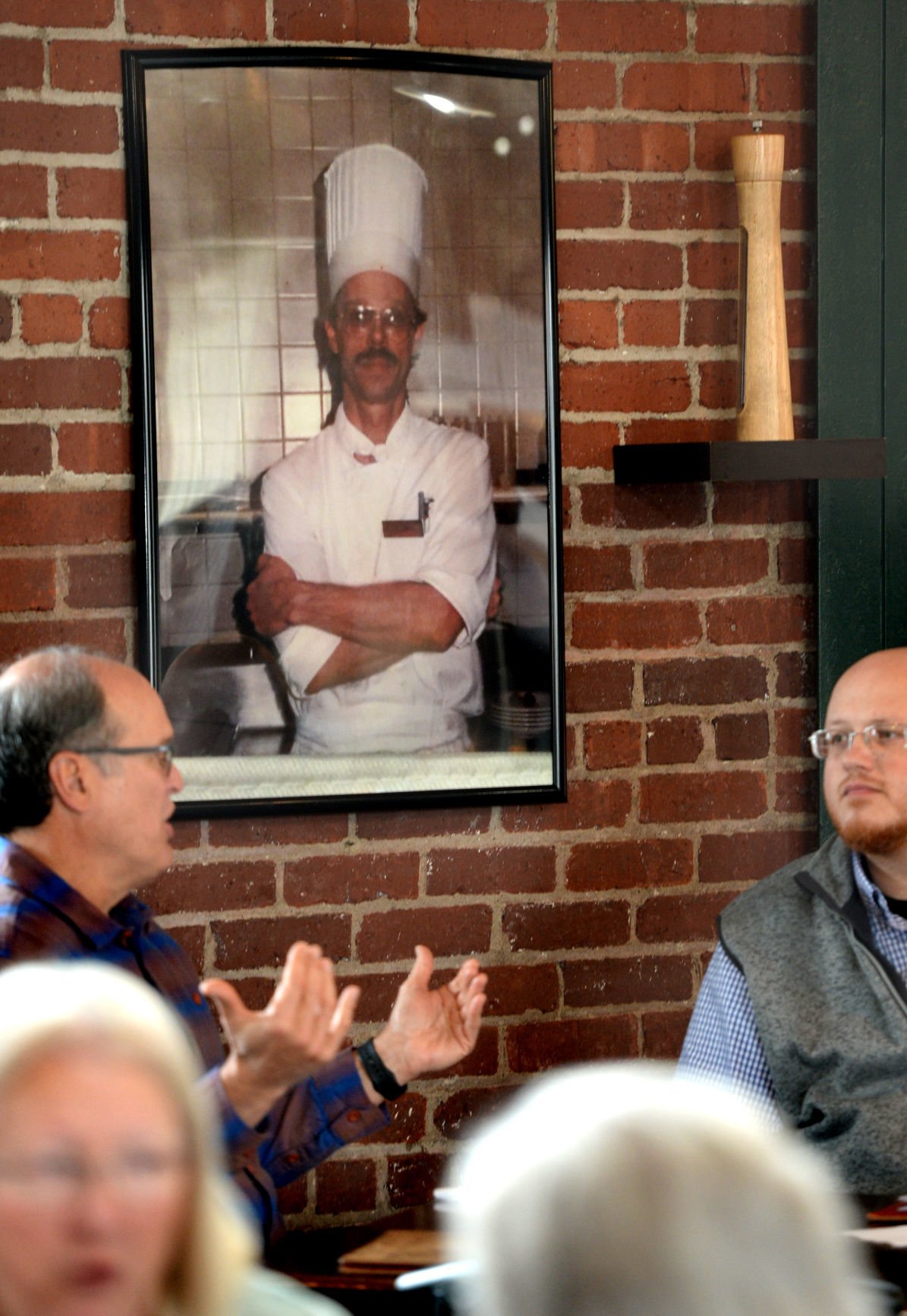 A portrait of Chef Bill Sohovich hangs in the popular eatery that he started. 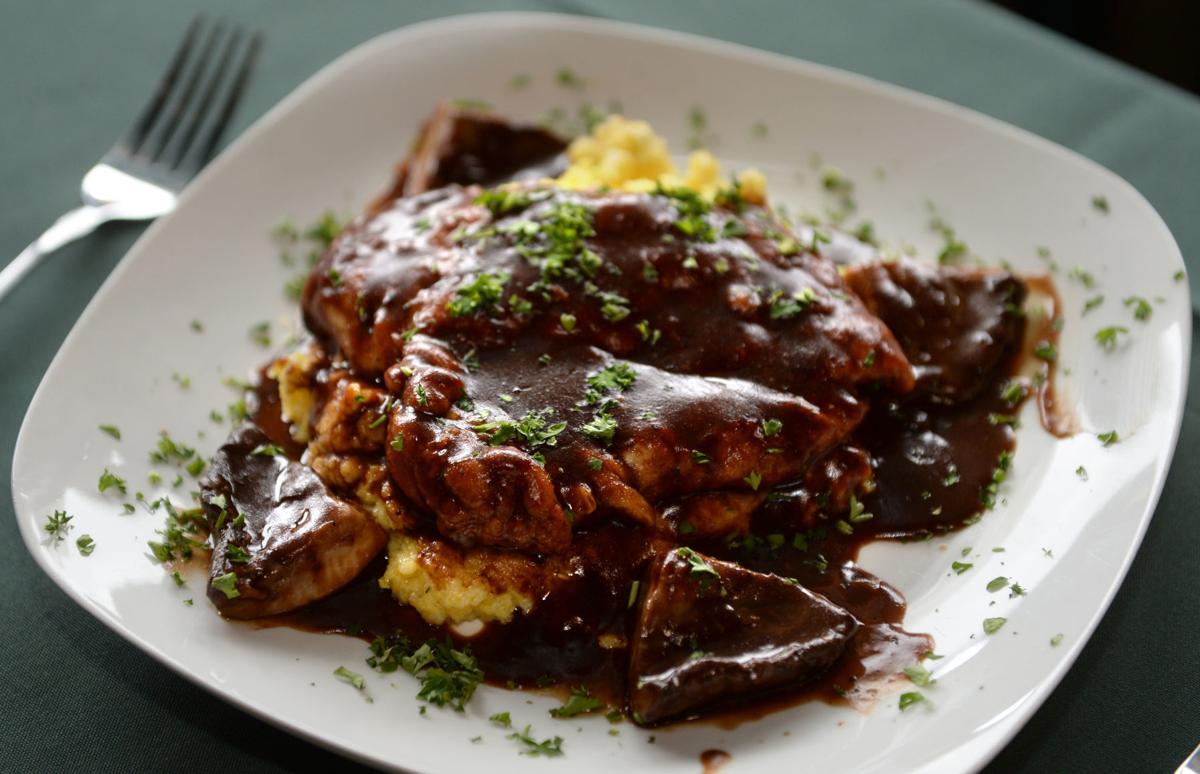 Chicken Marsala, an Italian-American recipe made with chicken and Marsala wine, will be the first big addition to the Soho’s menu lineup. 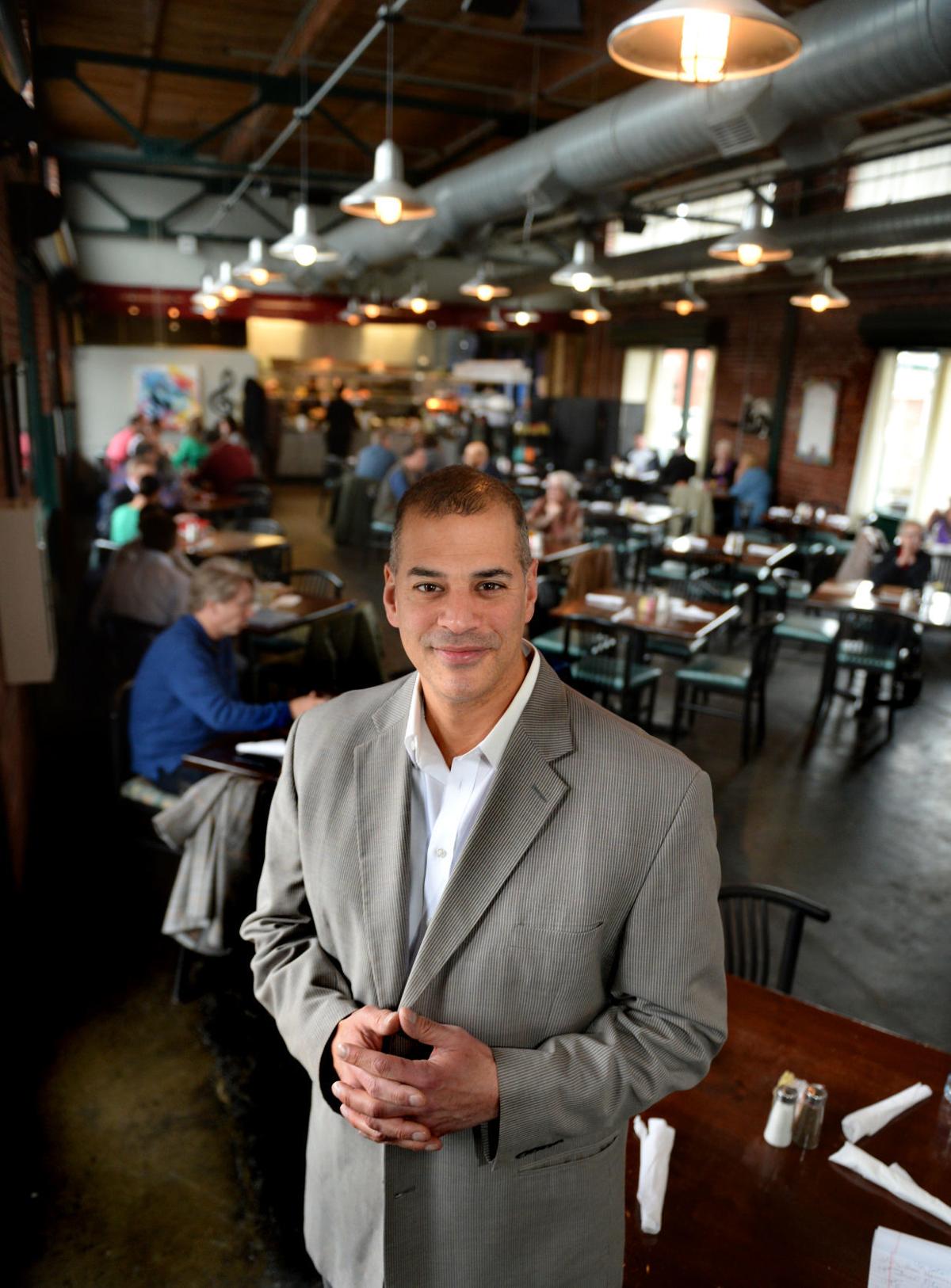 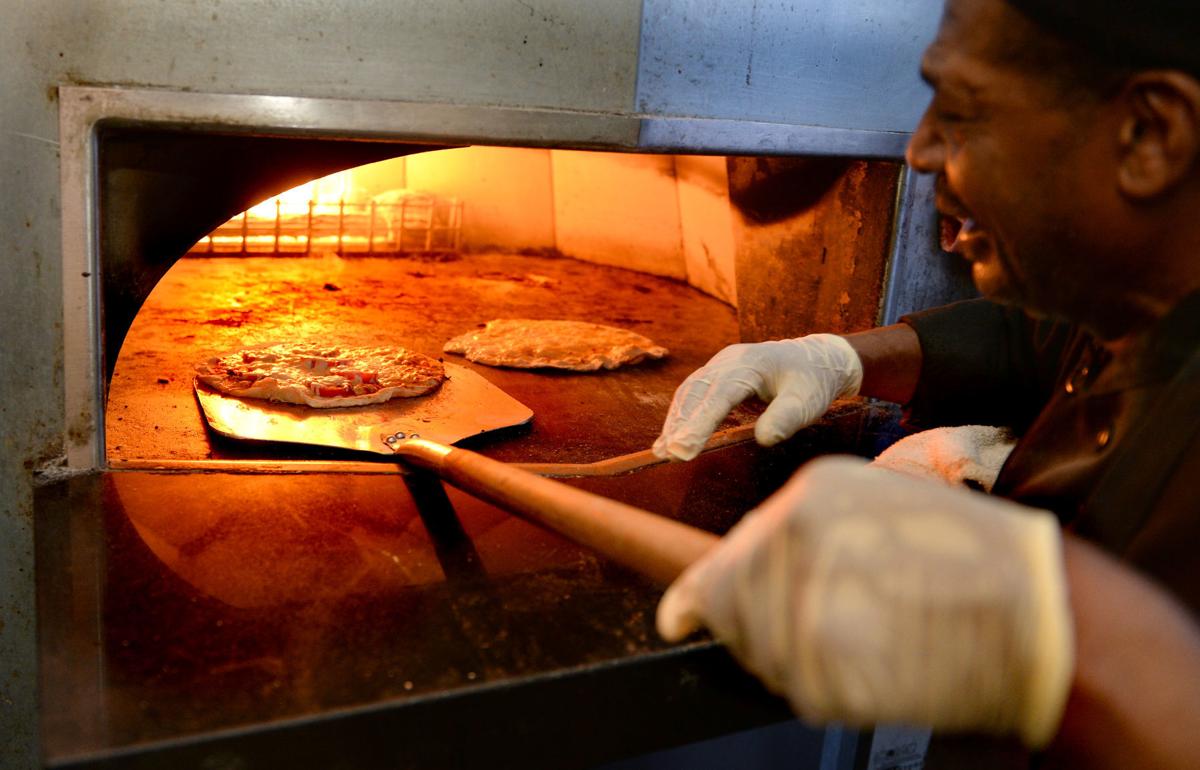 SoHo’s has a gas-fired pizza oven. 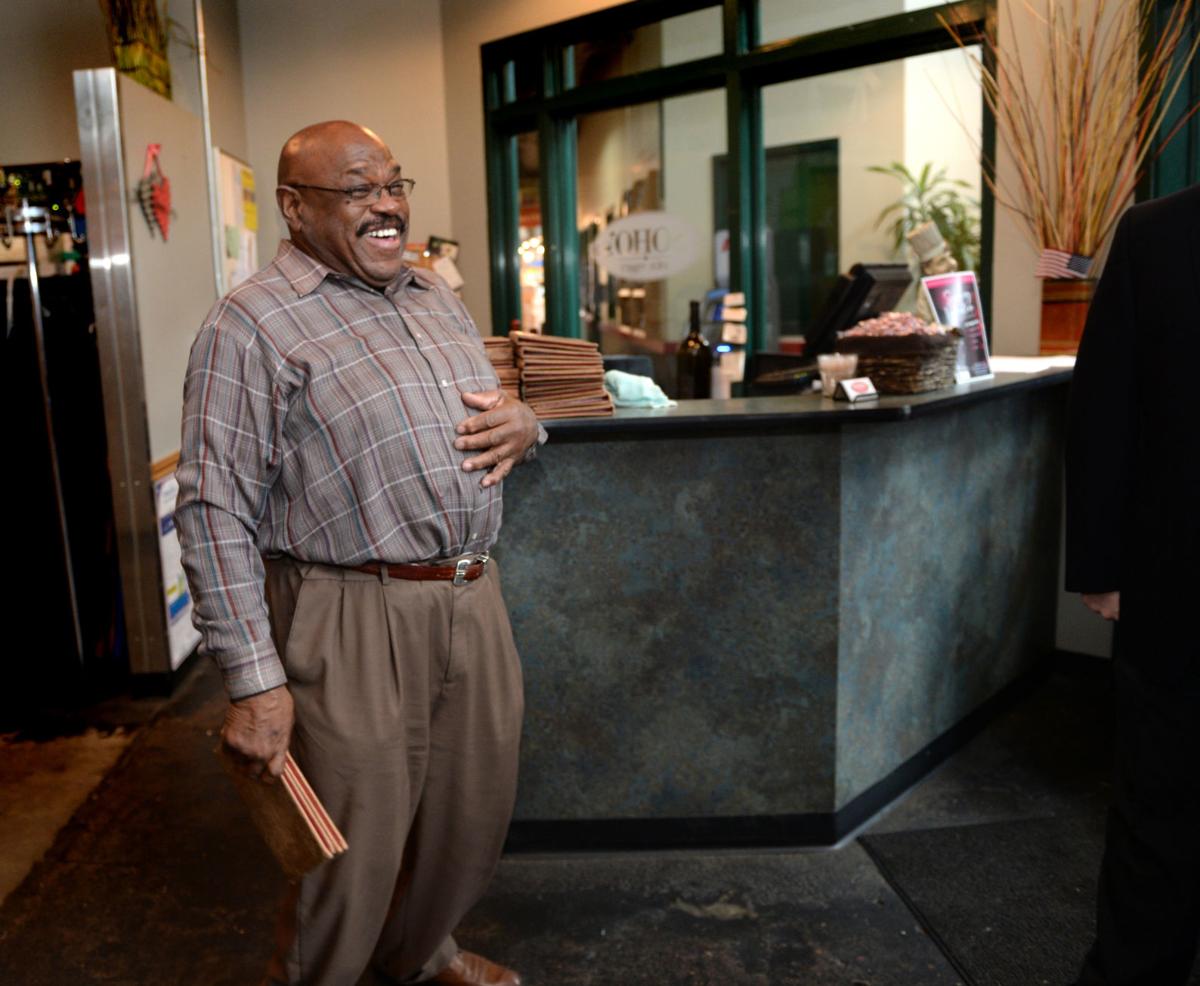 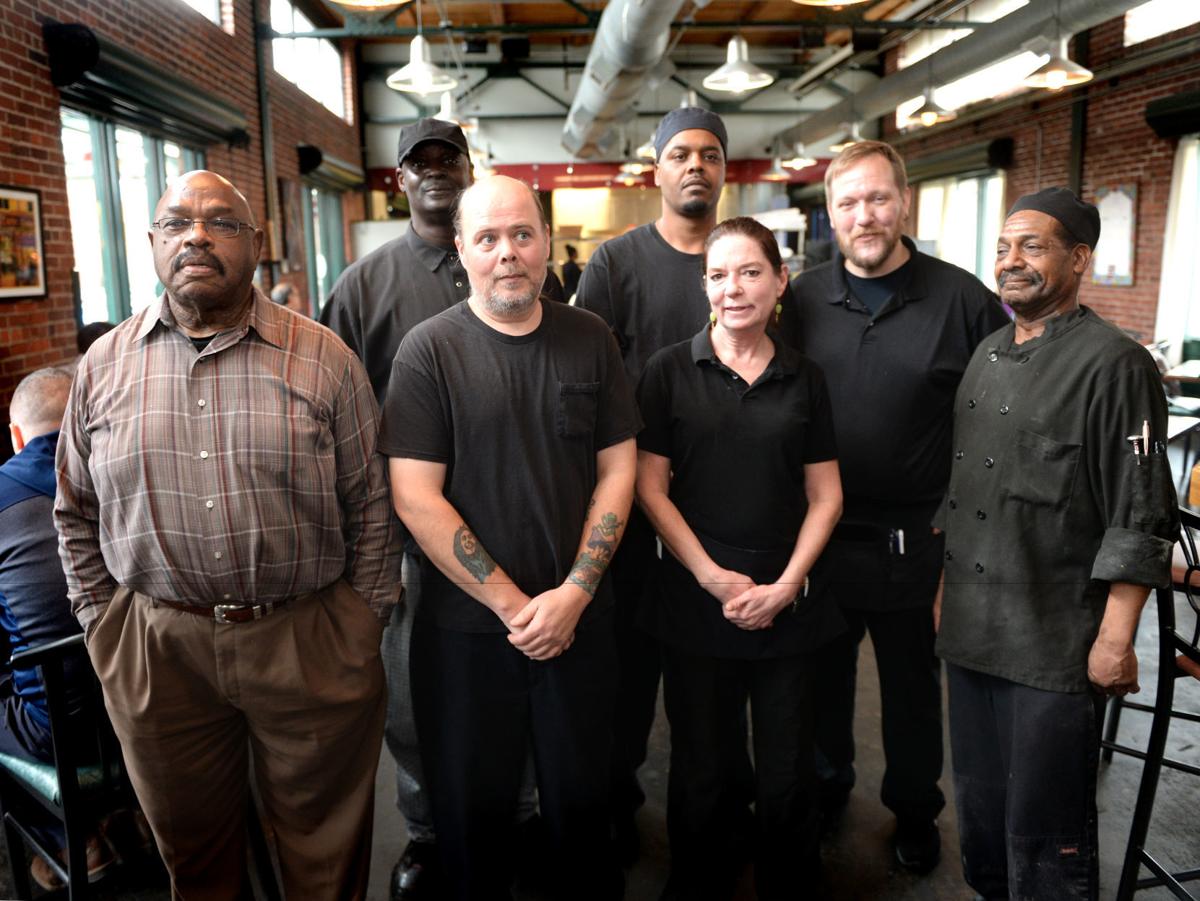 Tracy Abdalla speaks with patrons at his new restaurant Soho’s.

A portrait of Chef Bill Sohovich hangs in the popular eatery that he started.

Chicken Marsala, an Italian-American recipe made with chicken and Marsala wine, will be the first big addition to the Soho’s menu lineup.

SoHo’s has a gas-fired pizza oven.

About a month before Soho’s Italian Restaurant officially changed hands Feb. 1, one of its new owners, Tracy Abdalla, started hanging out at the bustling eatery at Capitol Market.

Longtime customers knew the iconic hot spot was up for sale. Once word got around about the tall, dark-haired guy asking a lot of questions, they were quick to offer advice.

“When you take over a business, as opposed to starting from scratch, and it’s been a successful business, I think if you come in and start changing things, you’re just setting yourself up for disaster.”

That, he acknowledged, would be a little crazy.

“What we’re not going to change is all the things that made this place successful. So, first and foremost, the menu. And the staff. We were fortunate to retain pretty much the entire staff. Many of them are long-term employees,” he said, including a few who worked for the late Chef Bill Sohovich before he opened the place in 2002.

That’s something else the new folks don’t want to change: the legacy Sohovich started, and that his wife, Sharon, continued after his unexpected death in 2013.

“Look, he built this place. This is his legacy. We want to build on it and basically, it may sound a little kooky, but pay homage to him, because he started this. He started this from nothing,” Abdalla said.

Pointing to a portrait hanging from a red brick wall about halfway back in the dining section, he said, “Now the one picture we do want to keep — and I requested this — we wanna keep Bill’s picture up. We just truly think he built a legacy that we feel fortunate to carry on.”

Which is not to suggest there won’t be any changes — other artwork and décor, for example.

“Look, the aesthetics in this place are great. This was basically a railroad warehouse, so we’re going to build on that theme, on that history,” with vintage photos specific to the market and the surrounding area, he said.

Along with the other two co-owners — Martin Riggs, president of the Riggs Corporation, and Roger Nicholson, attorney and head of the Roger L. Nicholson Law Offices — Abdalla said plans are to not only keep the current menu, but add to it.

“This is considered an Italian restaurant; we will be adding some more pasta dishes. I actually have some chefs, Irish chefs as well as some other chefs, that are coming up with some unique pasta dishes that will be the talk of the town,” he said.

The only one he will commit to at this point is chicken Marsala.

“I will tell you, chicken Marsala is one of my wife’s favorite dishes, so it hits close to home. We go to many, many Italian places here in town and other places. She enjoys it immensely, so it’s my little gift to my wife — and the public,” he said.

“She was definitely the inspiration for our first dish.”

Abdalla, the longtime general manager at Adelphia, said he “went through the range of emotions” leading up to the sale. “I was excited. I was scared. I was nervous.”

He was eager for ownership, and entertained other opportunities over the years. But this one, he said, felt like the opportunity.

“To my partners and I, we just felt Soho’s is an iconic restaurant. I mean, it’s a staple in this town,” he said.

“It’s got a venue pretty much unlike any other in this town. It’s got history. This might sound a little kooky, but it’s got that ‘it’ factor. It’s got that ‘wow’ factor when you walk in.”