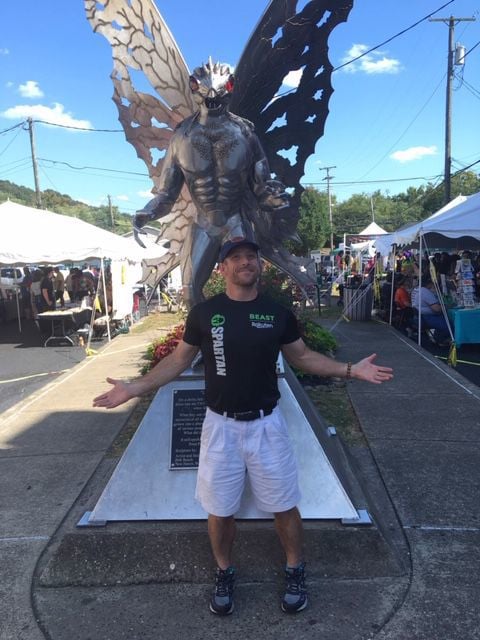 This month, reporter Bill Lynch embraces the spirit of Halloween and digs into seasonal happenings and activities. 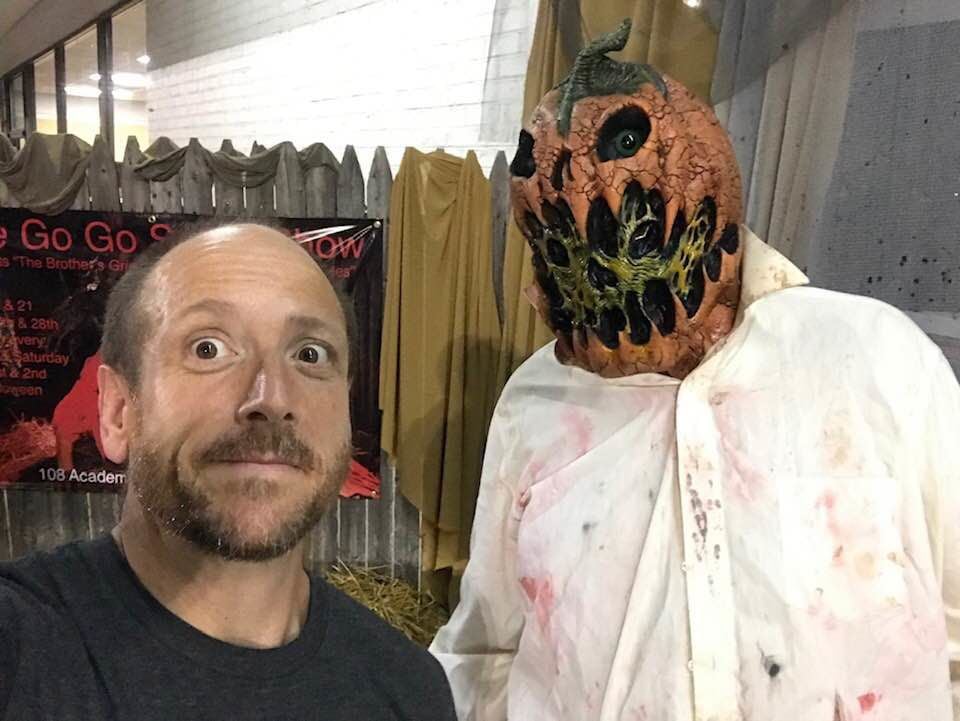 Reporter Bill Lynch tries to get his scare on by exploring some of the spooky things happening in the area during the Halloween season. For some people, that’s Octobers. For others, it never ends.

This month, reporter Bill Lynch embraces the spirit of Halloween and digs into seasonal happenings and activities.

Reporter Bill Lynch tries to get his scare on by exploring some of the spooky things happening in the area during the Halloween season. For some people, that’s Octobers. For others, it never ends.

After most of us had stepped in through the door to the front desk, I rang the bell. There might have been a sign. There was probably a sign, but the room was gloomy, and the tattered man behind the desk was wearing a grisly skull mask.

This was the night manager.

I rang the bell and he shouted that I shouldn’t do that again, but I shrugged. I’d already paid my 15 bucks. I could ring the bell if I wanted to, so I did.

He stood up and shouted threats at us all, but eventually calmed down and checked us in at The Crescent Inn, one of the spooky attractions at Fear on the Farm in Winfield.

I’d heard about this place for a couple of years but had never gotten over to take the tour and see if they could give me a good scare. Leading up to Halloween, the whole area is crawling with scares for the taking, if you’ve got the time and the spending money.

I’ve visited some. I’ve taken a tour of the Trans-Allegheny Lunatic Asylum, a former mental hospital that occupied a notably creepy Gothic building and came with the kind of true horror stories that would make Stephen King sleep with the light on.

I’ve wandered around the State Penitentiary in Moundsville, another former institution full of ugly memories located right next door to a genuine Indian burial ground. That this place was reportedly haunted couldn’t have been a surprise to anyone. It would be downright suspicious if it wasn’t.

I’ve never been to Fear on the Farm. I’ve never explored the grounds of Lake Shawnee Amusement Park, an abandoned wreck of an amusement park near Princeton in Mercer County. I’ve never been to the Mothman Festival, never gone looking for Sasquatch or the Braxton County Monster. I’ve never visited Thurmond, where they say sometimes you can hear a ghost train pass through.

I love Halloween, get a kick out of a good costume, but I’ve never even been to the East End Pub Crawl. I’ve also never been part of a séance and barely remember the last time I had a serious heart-to-heart with a psychic.

So, through the weeks leading up to Halloween, I’ll be trying to play catch-up with some of that. I don’t expect to get to everything on my trick-or-treat bucket list, but I hope to make a nice dent in it — and who knows?

My first stop was a Sunday drive to the Mothman Festival in Point Pleasant. Started in 2002, the festival celebrates the magic and mystery of West Virginia’s most beloved monster, the Mothman.

What is or was the Mothman?

Nobody can really say for sure.

Over the years, I’ve heard that it was everything from an escaped ostrich from a traveling show, to an out-of-migration pattern heron, to an alien from another world.

Whatever it was, the Mothman was first spotted in 1966 and became entwined in the lore about the collapse of the Silver Bridge in Point Pleasant in 1967.

The story became enshrined in a couple of books, including “The Mothman Prophesies,” which was turned into a 2002 film that’s barely remembered by anyone outside of Mothman fans.

Outside the Mothman Museum and Research Center on Main Street in Point Pleasant, there was a pretty good crowd for a Sunday afternoon, and not people you’d expect to see during the day.

There were black-clothed goth kids, old guys in heavy metal T-shirts and a few people who figured September was close enough to Halloween and came in a costume.

I wandered around for a couple of hours, got my picture taken with Bob Roach’s steel Mothman statue, visited the Mothman museum where I found a photo by the late of Larry Pierce, a photographer who’d started at the Charleston Gazette before I was born.

He’d covered the Silver Bridge disaster, among other things.

In an old theater, I briefly attended a lecture about pancakes from outer space, but I decided that an alien food truck serving breakfast was ridiculous, unless the pancakes were on a stick.

The festival had plenty of food vendors, but I went with a local Mexican restaurant and ordered the Mothman burrito, which turned out to be kind of disappointing, but the beer was cold.

I rounded out the day by picking up a couple of souvenirs, a sticker for my laptop and a magnet of the Mothman riding a bicycle with the Braxton County monster for my refrigerator.

I first heard about the Go Go Scare Show from Charessa Wilkinson while I was up to do an unrelated story about her horror and sci-fi-themed I Scream Sundae ice cream parlor in Ripley.

The Go Go Scare Show is a haunted house that she and her husband started last year that led to the creation of the ice cream parlor — not the most obvious inspiration for a business, I have to admit.

I liked the ice cream shop (seriously, the “Children of the Corn” milkshake is inspired) and I hadn’t been inside a haunted house for a few years.

The Halloween attraction was located on the other side of town from her ice cream shop, situated in a shopping center in a space that was a Heck’s store at least 30 years ago.

Heck’s was a chain department store that started in 1959 in Boone County. It had locations throughout the state and into other parts of the region but went bankrupt and dissolved in 1990.

Outside the front door, a talking tree warned people about coming inside. I went inside anyway and paid my $13 to take the tour.

Charessa likes themes, and the Go Go Scare Show was loosely based around “Alice in Wonderland” with disturbing versions of some of the characters placed in a nightmarish labyrinth.

The design of the place was a little homespun, but clever. You never knew when something was going to come screaming out of nowhere, and I got turned around inside the attraction. The teenage staff were good enough sports to break character enough to point me toward the door.

Fear on the Farm

They’re big on the details and setting a mood. The sets and lighting are carefully constructed. Hearses are parked outside. Ghoulish creatures amble menacingly as you wait to enter one of the farm’s attractions.

A small army of people run the place, managing traffic, selling concessions and even working the on-your-way-out gift shop that sells everything from T-shirts to thongs.

No, I did not buy a thong. I thought about buying a thong, if only to spook the accounting department at the newspaper, but we have a long month ahead.

Fear on the Farm offers a couple of different options and scare packages, depending on how much time and money you have to work with. There’s Bloody Mary Caverns, laser tag and an escape room, just to name a few options.

Because of time (and immediate funds), I stuck with The Crescent Inn ($15), which took a small group of us on a tour through a dilapidated hotel run by a diabolically deranged cult intent on turning visitors into card-carrying members of the club.

There was a bit more of an obstacle course feel to this attraction. You had to climb and crawl a bit more than at the Go Go Scare Show, but it was a good time.

I can’t say that either of these places really put much of a scare in me. A couple of times I was startled by a loud noise or the sudden appearance of something or someone. What both places did well, however, was create a sense of unease and uncertainty about what might be around the next corner or through the next doorway.

I was entertained, if not frightened, which was maybe better than having to run for my life — at least, this early in the season.

For more information on these attractions, find the Mothman Museum at moth manmuseum.com, the Go Go Scare Show at facebook.com/gogoscareshow, and Fear on the Farm at fearonthefarmwv.com.