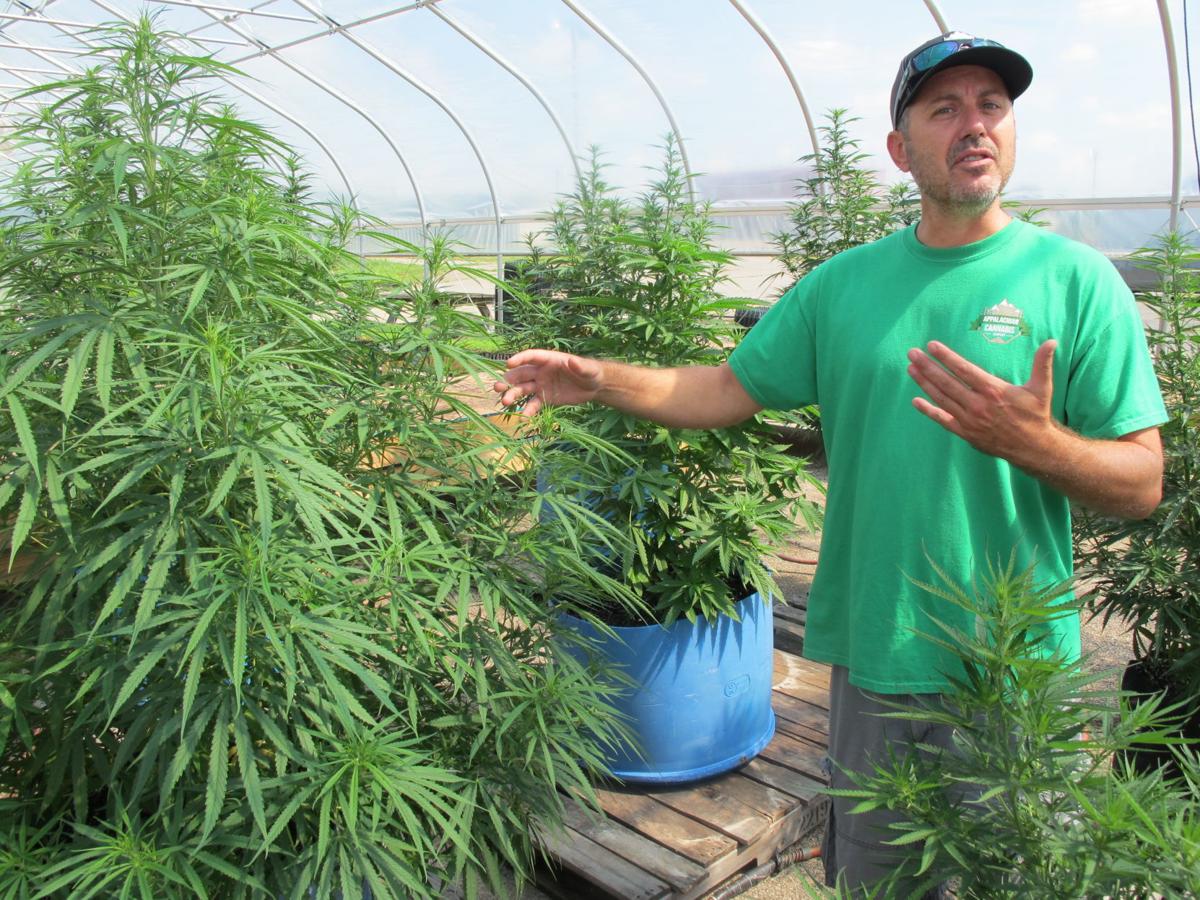 Chris Yeager from Appalachian Cannabis said different strains of the hemp they grow are geared toward a variety of physical and mental ailments. He said they have trouble with mites and mildew sometimes, but deer seem to leave them alone. 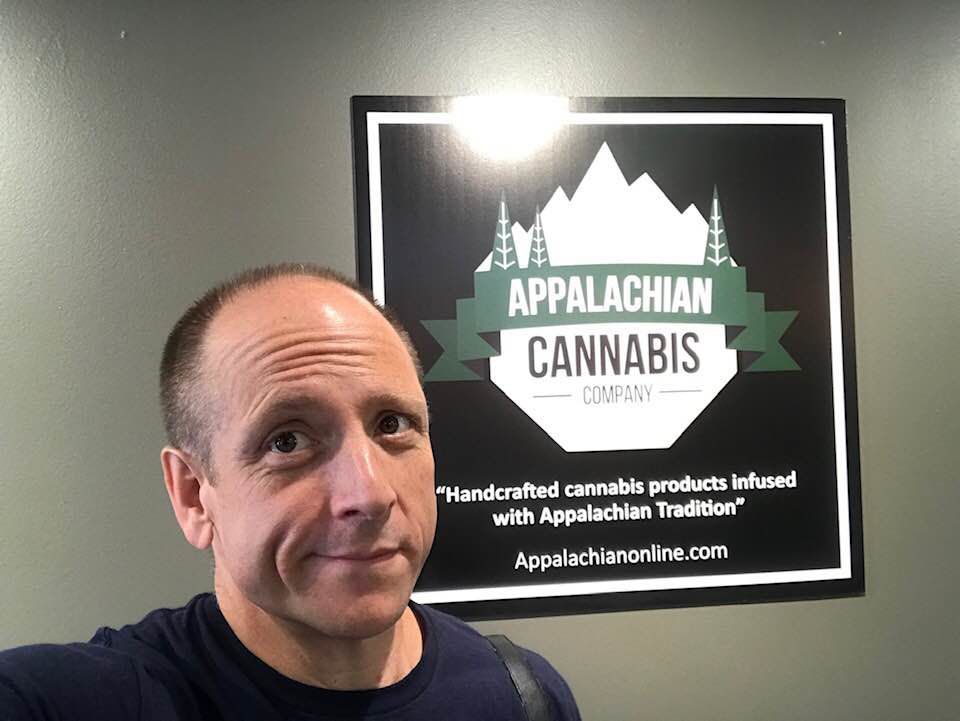 Reporter Bill Lynch spent time with Appalachian Cannabis. They showed him where they grow their entirely legal, non-intoxicating hemp and talked about how CBD oil is made. 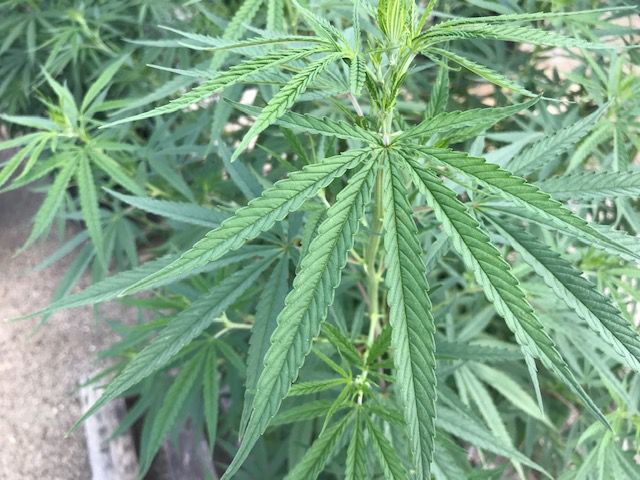 The hemp used to make CBD oil looks pretty much like marijuana (or so we think). Different strains allegedly have different properties, but individual results with use will likely vary. 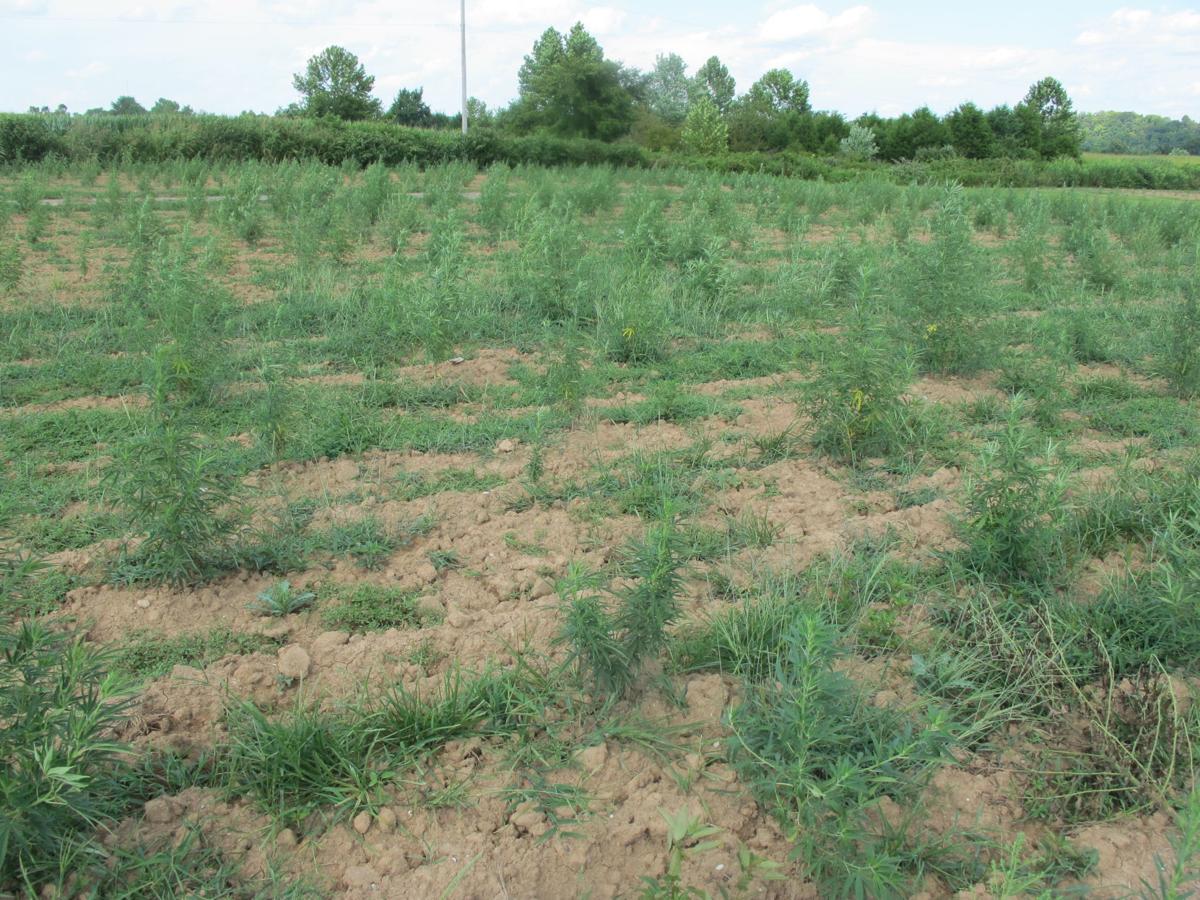 This is an industrial hemp field. There’s really nothing all that inspiring about it. Unless you know what you’re looking at, the crops could be mistaken for almost anything.

Chris Yeager from Appalachian Cannabis said different strains of the hemp they grow are geared toward a variety of physical and mental ailments. He said they have trouble with mites and mildew sometimes, but deer seem to leave them alone.

Reporter Bill Lynch spent time with Appalachian Cannabis. They showed him where they grow their entirely legal, non-intoxicating hemp and talked about how CBD oil is made.

The hemp used to make CBD oil looks pretty much like marijuana (or so we think). Different strains allegedly have different properties, but individual results with use will likely vary.

This is an industrial hemp field. There’s really nothing all that inspiring about it. Unless you know what you’re looking at, the crops could be mistaken for almost anything.

When I thought about what a cannabis field would look like, I imagined something out of a Netflix narco-drama — lush green fields guarded by rough-looking, steely eyed, gun-toting thugs in sleeveless T-shirts.

The fields would be surrounded by barbed wire, of course. There would be at least one watch tower where someone would stand guard.

There would be a beat-up Jeep or truck for a fast getaway and a peaceful looking donkey loitering near a chipped and pock-marked stone wall.

Why there would be a donkey I don’t know, but that was the image I had in my mind.

It’s what I thought I’d seen in old cable movies, which had colored my expectations when I started this month trying to learn a little something about CBD, cannabidiol.

Why are you doing this?

In case you missed it, CBD, is everywhere. You can buy it in specialty boutiques, drug stores, a few coffee shops and even in a few select gas stations.

My favorite place to get barbecue, Rollin’ Smoke BBQ in Big Chimney, carries CBD products. Presumably, you can get them to go.

They also have a pretty great brisket sandwich, and I love the smoked potato wedges.

The fields of Appalachian Cannabis were nothing like what I expected.

To a casual observer, maybe one who hasn’t listened to a lot of reggae and barely knows what a marijuana leaf looks like, the hemp fields for the company could have passed for some other crop, like parsnips, Brussels sprouts or any other vegetable I routinely ignore.

Chris Yeager, owner of Appalachian Cannabis, had offered to take me out to the company’s farm.

I was interested because one of the talking points that local proponents of CBD, industrial hemp and even just plain old marijuana (medical or recreational) use is that West Virginia has plenty of arable land and a good climate for those kinds of crops.

There’s money to be made, supporters say. There could be jobs.

Chris offered to show me the entire operation for Appalachian Cannabis and answer whatever questions I could come up with. His only caveat was that I wouldn’t reveal the secret location of the farm.

They weren’t doing anything illegal, of course. Like any other hemp farm, they’re monitored by the government. Their crops are tested for THC, the elevating chemical compound preferred by most pot smokers, but not everybody gets that industrial hemp won’t get anyone high.

Waiting on the man

I waited for Chris in the showroom of the company’s store in Cross Lanes. Like most of the CBD shops I’ve seen, it looked more like a jewelry store than a “head shop.” There were no black light posters, no tie-dyed T-shirts and no beaded curtains, but an old rock station was playing hits from the ’70s and ’80s.

An older woman at the counter was talking to a mild-mannered guy in biker leathers.

“I’m really just interested in pain relief,” he said, adding he was a veteran and his back gave him trouble.

After about 20 minutes, the biker apologized for taking up so much of her time, but she said she didn’t mind. Part of her job, she said, was to try and educate people about what it was they sold.

Eventually, Chris arrived and took me into the back of the store. He showed me burlap bag after burlap bag filled with hemp. They were repurposed coffee bags from South America.

“This is left over from what we harvested in October,” Chris said.

In its raw form, the hemp used to make CBD seemed indistinguishable from garden-variety marijuana — at least, it looked like the pot buds I’d seen passed around at some college parties.

It smelled bitter and mossy, too — just as I remembered it — and I felt weird standing next to a big pile of weed, as if any second, the sheriff’s department was going to come swinging through the doors in full riot gear.

Nobody showed up, though. Classic rock continued to play on the radio.

Chris explained that it took 40 to 50 pounds of hemp to come up with an ounce of crude hemp oil. That oil had to be further refined to intensify the amount of CBD or other cannabinoids.

“And this all depends on the strain,” he said.

Chris said one of the reasons why people don’t always get results is that they’re either using a crude product — which may contain CBD, but not very much — or they may just have the wrong blend for their particular needs.

Your lab rat at work

He asked me if I’d tried any CBD products and I told him about my experiences with a 500 mg bottle of CBD oil, as well as some capsules.

I explained that I’d been mostly interested in the supposed anti-inflammatory properties with a side of ease for anxiety. I didn’t have chronic pain or trouble sleeping. I didn’t need help with my appetite. I eat just fine.

My results had been mixed. Choosing to be a lab rat for a month didn’t mean what I was doing was scientific. Others brighter and better educated than me said it was doubtful that CBD worked, yet ... after I took the oil, I’d pointedly notice a change in how anxious I felt.

Over the last several weeks, I’ve had plenty of opportunities to test that. The drops seemed to take about five to 10 minutes to kick in and lasted roughly three hours from the dose.

If I took the CBD shortly before bed, it seemed like I slept more soundly, but I told Chris I was naturally skeptical about the results and it didn’t do all that I was promised.

He gave me a small jar of a lotion his company makes. I could rub that into my knees if they felt sore. I promised to give it a try.

Green acres is the place to beWe drove out to the farm. It wasn’t that much out of the way, though it was far enough that you couldn’t walk there from Cross Lanes, let alone Charleston.

From the road, there wasn’t much to see, just rows of corn that acted as a kind of shield for anyone looking for the other crop.

They had a certain amount of security, but no gun toting thugs, no barbed wire.

Chris showed me around. There wasn’t much to see, just rows of green, leafy plants, which needed to be tended. The fields needed to be weeded and the male plants needed to be pulled up.

Hemp seeds could be used to make oil and other products, but it wasn’t what Appalachian Cannabis did. The company had their own process, though they were becoming a regional seed provider and consultants for other CBD startups.

“Just another arm of our business,” Chris said.

Like any other crop, growers have to protect it from bugs and disease. Powder mildew, the bane of my annual pumpkin patch, had to be watched for. The hemp is also vulnerable to mites, which Chris said they treat naturally with ladybugs.

“We don’t want to use any pesticides,” he said.

I asked him what would happen if West Virginia ever decided to legalize medical or recreational marijuana. Other states had. Ohio had come close a few years ago. Michigan had recreational marijuana, though my brother who lives there described the process of buying the stuff as bordering on the absurd.

“If that would happen, we would add another arm to the business,” he said. “But honestly, what we’re doing is pretty great. It helps people. I wouldn’t be doing this unless I believed in that.”

Looking at the plants, I asked him what would stop him or some other grower from mixing in plain old marijuana plants with his industrial hemp and using his legal business to cover up an illegal crop. Doesn’t this stuff look the same?

“It does,” he agreed. “You could absolutely do that — and you’d be a damned fool.”

First of all, Chris said, you’d probably get caught.

The West Virginia Department of Agriculture batch tests plants. If the test plants show more than .30 percent THC, the crop gets retested — twice, if necessary. If the tested plant fails, the plants from the field where that plant comes from would be destroyed.

And if it looked like someone was deliberately trying to grow marijuana, well, there are laws already in place. They’d call the cops.

It takes a lot of hemp to make just a little bit of CBD.

Chris showed me a couple of the different strains. The “sativa” type was supposed to create oils that were a bit more invigorating, while the “indica” version aimed more toward relaxation. There was even a hybrid that he said did both at the same time.

I didn’t know what to make of it.