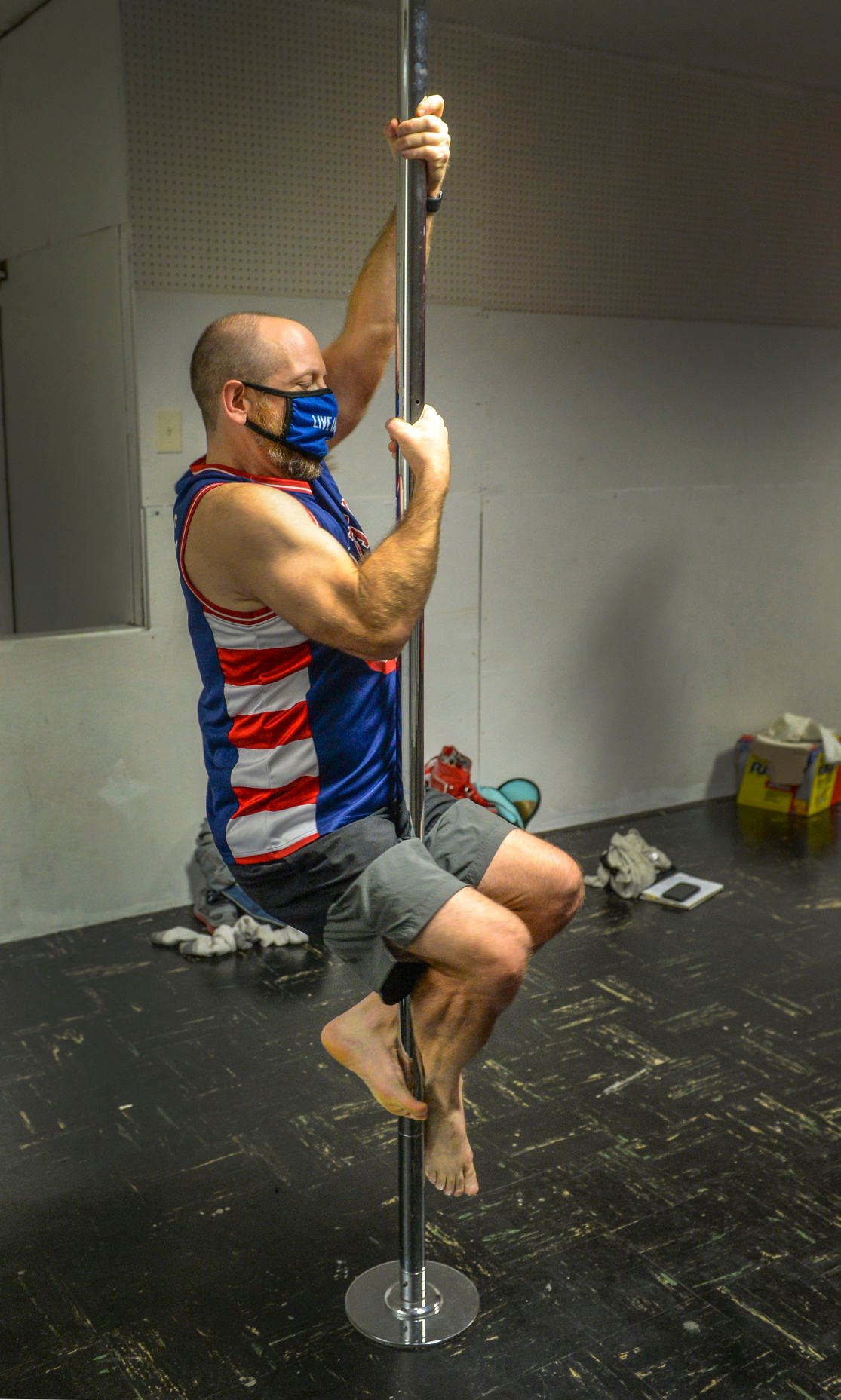 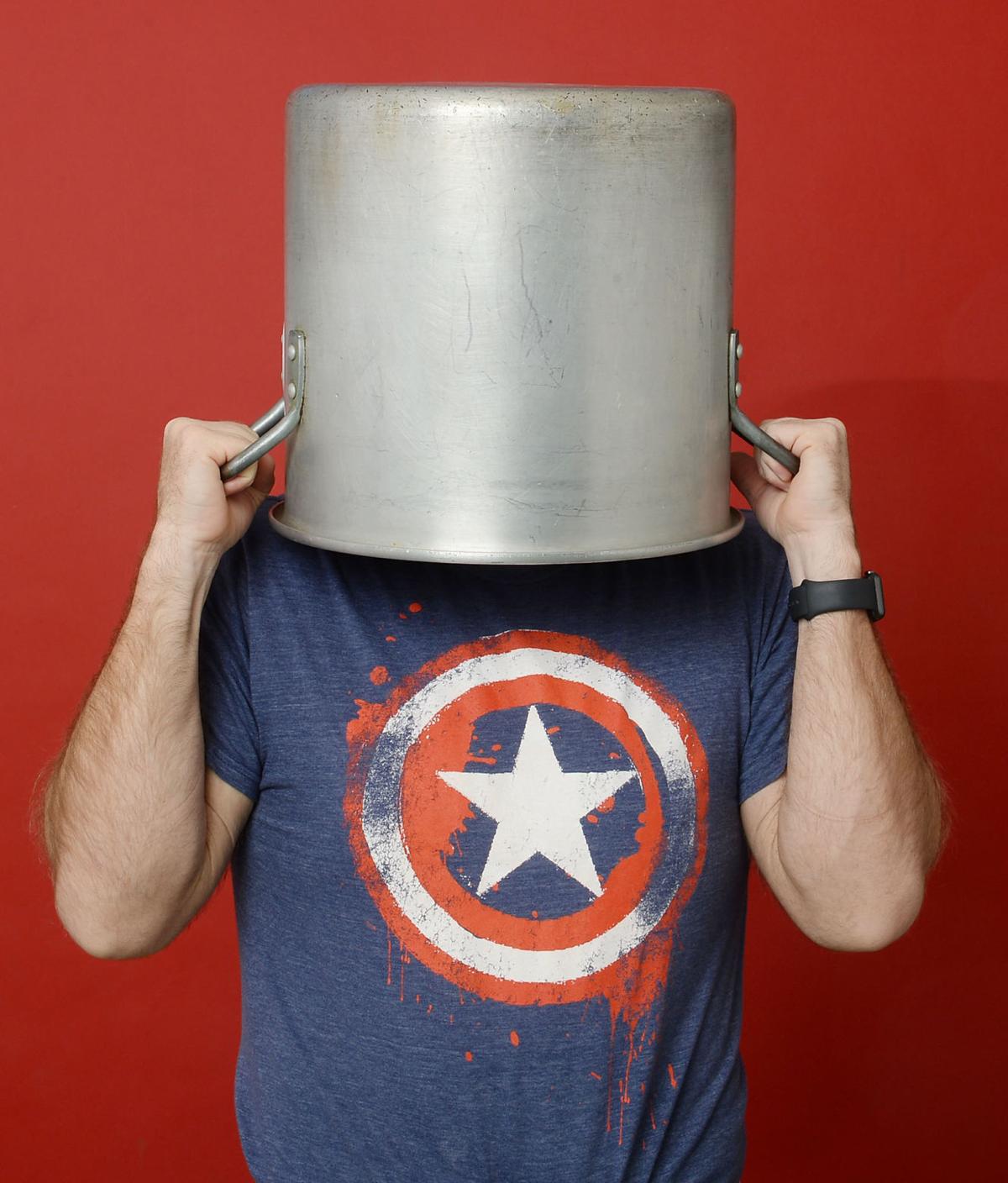 Reporter Bill Lynch finished up an eventful year of learning new skills, meeting new people and occasionally screwing up along the way. 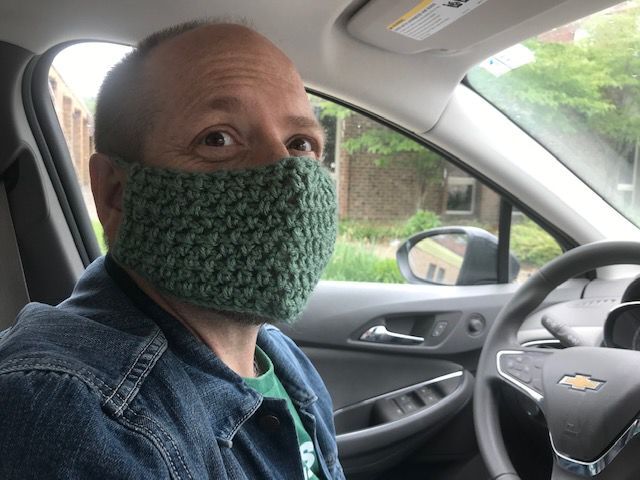 Among the topics reporter Bill Lynch took on for 2020 was delivering food to vulnerable residents as a Meals on Wheels volunteer. 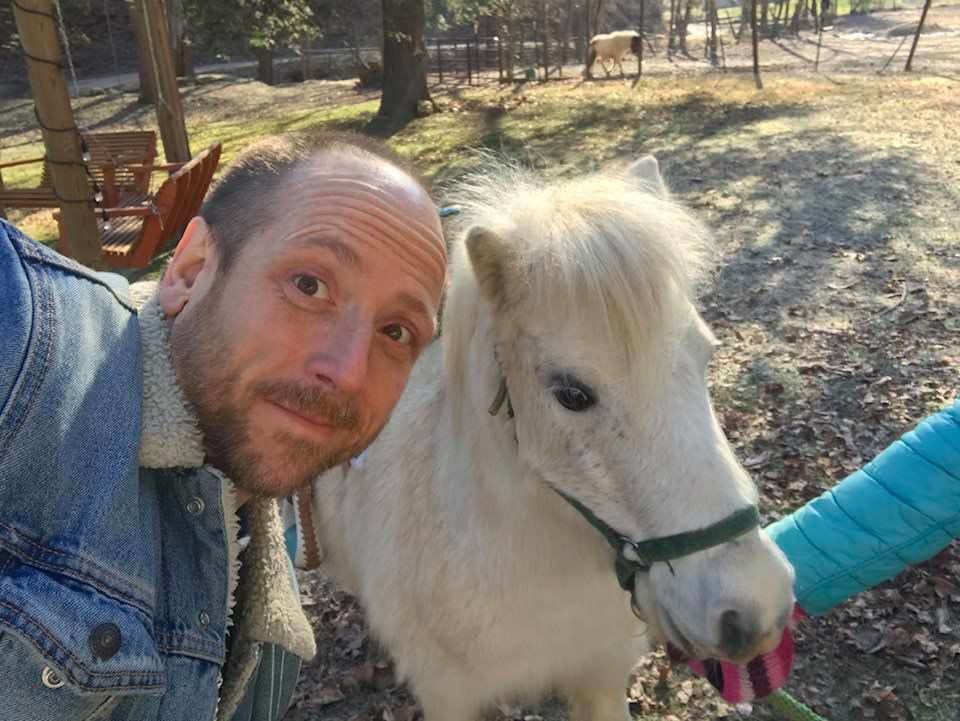 Reporter Bill Lynch met lots of new people --and one pony — during 2020. Snowflake (right) and Bill (left) bonded over maple syrup at the Ronk Family Farm.

Reporter Bill Lynch finished up an eventful year of learning new skills, meeting new people and occasionally screwing up along the way.

Among the topics reporter Bill Lynch took on for 2020 was delivering food to vulnerable residents as a Meals on Wheels volunteer.

Reporter Bill Lynch met lots of new people --and one pony — during 2020. Snowflake (right) and Bill (left) bonded over maple syrup at the Ronk Family Farm.

We all got a hard year. Practically none of us saw it coming. For sure, I didn’t.

Last December, coming off a pretty decent personal fitness achievement, I looked at 2020 and thought I could build on my improved body and try to spend more time outdoors.

This seemed like a good way to push out further from my comfort zones.

I’m not a naturally outdoorsy type. I typically run on paved paths, mostly swim in pools rather than lakes and would likely choose the motel with the cable and the air conditioning over the open field and the sky full of stars.

I thought I could try mountain bikes, visit nearly all of West Virginia’s parks, convert my jogs along the Boulevard to long-distance trail running and maybe do a three-day, 94-mile run that everyone believed would probably kill me.

I was also going to crawl through caves, learn about beekeeping, and get on the back of a horse, but things started off on the wrong foot almost from the beginning, long before I’d ever heard of COVID-19.

Because of some confusion, skiing was pushed back to February, so I began the year with a kind of social media cleanse using Exodus 90, a program for getting grounded that relied on ascetic practices like cold showers and fasting, along with prayer and Bible study.

Religion, faith and I crossed paths over and over through 2020.

I did learn to ski — or at least got myself on a pair of skis. Then, I spent some time learning about maple syrup. I hung out with Paul Ronk at his farm and met a nice pony named Snowflake.

Interesting fact about Snowflake. Everyone, including Paul, believed she was pregnant, but it turned out to be a kind of hysterical pregnancy. There was no baby pony.

It only got weirder from there.

After the pandemic rolled into West Virginia, I found myself “released on my own recognizance.”

Unemployment only lasted a month for me. If I’d thought about it, I could have done the whole thing in installments. You could have read about me applying for unemployment benefits, hoarding food and wondering what I was supposed to do once I watched everything that was on Netflix.

After the newspaper recalled me, I helped with Meals on Wheels (still doing that one), took a look at beekeeping (didn’t get stung) and then learned a little about Islam (the Islamic Center has the nicest parking lot).

In August, I borrowed a kayak from the mayor of Charleston, which I used to scrape up the hood of my car and occasionally paddle around on the Kanawha and Elk rivers.

Then I did something I hated so much I halfway forgot I did it — I tried fasting. I did a couple versions of intermittent fasting and then went as much as a couple of days without eating more than a couple cups of black coffee.

Beer was also brewed, this year, and it wasn’t terrible. In November, I tried pole dancing, which was an odd way for me to get back in to see my old friends at Butch Hiles Brazilian Jujitsu, but it was a good time.

Finally, I wrapped up 2020 by volunteering for a COVID-19 vaccine trial, only days before pharmaceutical giant Pfizer’s vaccine was certain to be approved, assembling a holiday wreath so fluffy I could barely close my storm door, and then I lovingly baked a fruitcake with enough alcohol in it that it could double as hand sanitizer.

I was about to swear the fruitcakes off forever, but then Bill Rainey brought me a cake his family made.

I finished the thing within a day. It was really good (and luckily for me) not very big.

As is almost always the case with this column, most of the real lessons weren’t what I actually set out to learn. I may not have gotten what I wanted, but I never came away empty-handed. Every month, there was some new insight about people or who I was.

And I had fun.

As always, I am in debt to a wide variety of people who helped me get from point A to point B month after month. There are so many to thank and I apologize if I leave anyone out.

I’d like to say thanks to Derek Roberts, pastor of Hope Church, for getting me started with fasting, asceticism and inadvertently kindling my reading the Bible from cover to cover — twice.

Thanks to Joe Stevens with the West Virginia Ski Areas Association, as well as thanks to the staff at Winterplace Ski Resort and Canaan Valley Resort, for teaching me a little about the ski industry and how to fall down — a lot.

Thanks to Frank Baer for loaning me a pair of banana-yellow snow pants, which kept me dry and visible to everyone within 200 yards.

Thanks to Paul Ronk and Ronk Family Farm, who showed me something about making maple syrup.

To Steve May with the Kanawha Valley Beekeepers Association for showing me around and letting me wear his beekeeping outfit. Thanks also to Autumn Hopkins and Heather Pauley for talking with me about how they kept bees, which was a slightly different perspective.

Thanks to Bobbi Holland, Helen Stagg and all the folks at Meals on Wheels, both for what they do and for letting me be part of it.

Thanks to Imam Nasi Abdussalam and all-around great guy Charlie Tee for welcoming me to the Islamic Center and letting me take a look at a different way to worship.

Thanks to Mayor Amy Goodwin and her husband, Boothe, for the use of the kayak, the paddle and the life jacket. Thanks also for teaching me how to use the ratchet straps and not being around when I parked on a hill and the vessel went skidding off the top of my car and into the bushes.

Thanks to Dr. Glen Goldfarb for taking me canoeing and Evan Young for having me along to try standup paddle boarding, which was the most restful thing I did in 2020.

Thanks to Sara Johe Busse, Jedidiah Walkup and the half dozen or so other folks who helped me learn to brew beer. Thanks, especially to Ray Richardson who donated 40-some bottles to the cause, along with a couple of dead crickets.

Thanks to Jenna Brooke Swanson, Butch Hiles and Maggie Wright for helping me get a grip on pole dancing.

Thanks to Chris Higgins for his lesson on wreath-making and the recipe for Christmas pudding, which turned out pretty good.

Finally, thanks to everyone who continues to follow along with whatever I get up to. Thanks for writing in. Thanks for the calls.

Thanks for stopping me in stores to ask questions, give suggestions and point me out to baffled relatives or amused clerks.

I am grateful for the encouragement, the laughs, and the good will.

Thank you for being there.

Louisiana-Monroe Warhawks will have a decided WVU feel