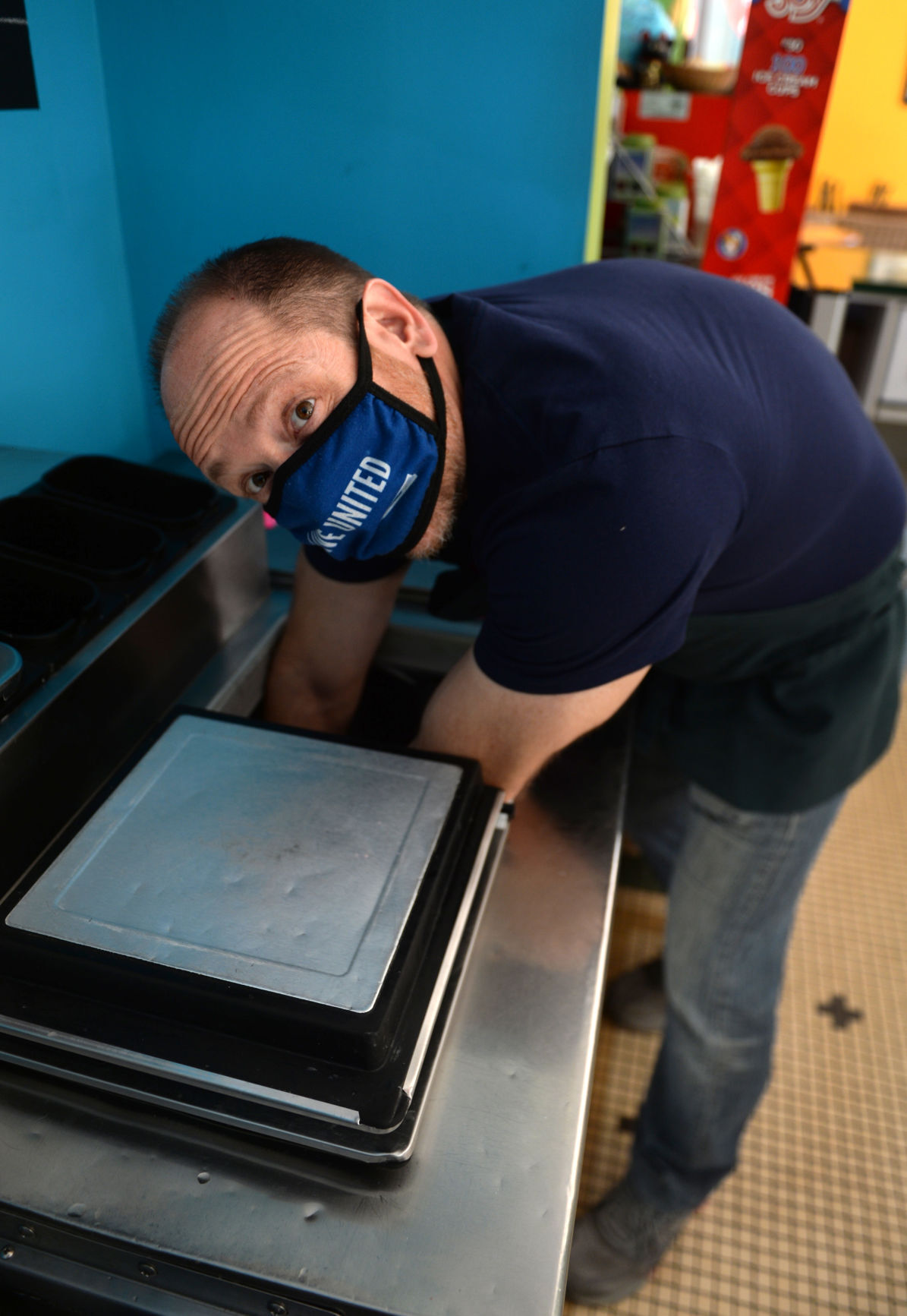 The trick to getting the scoop right in an ice cream shop is speed. Reporter Bill Lynch learned that ice cream melts really fast, which seems sort of late for him to figure that out. 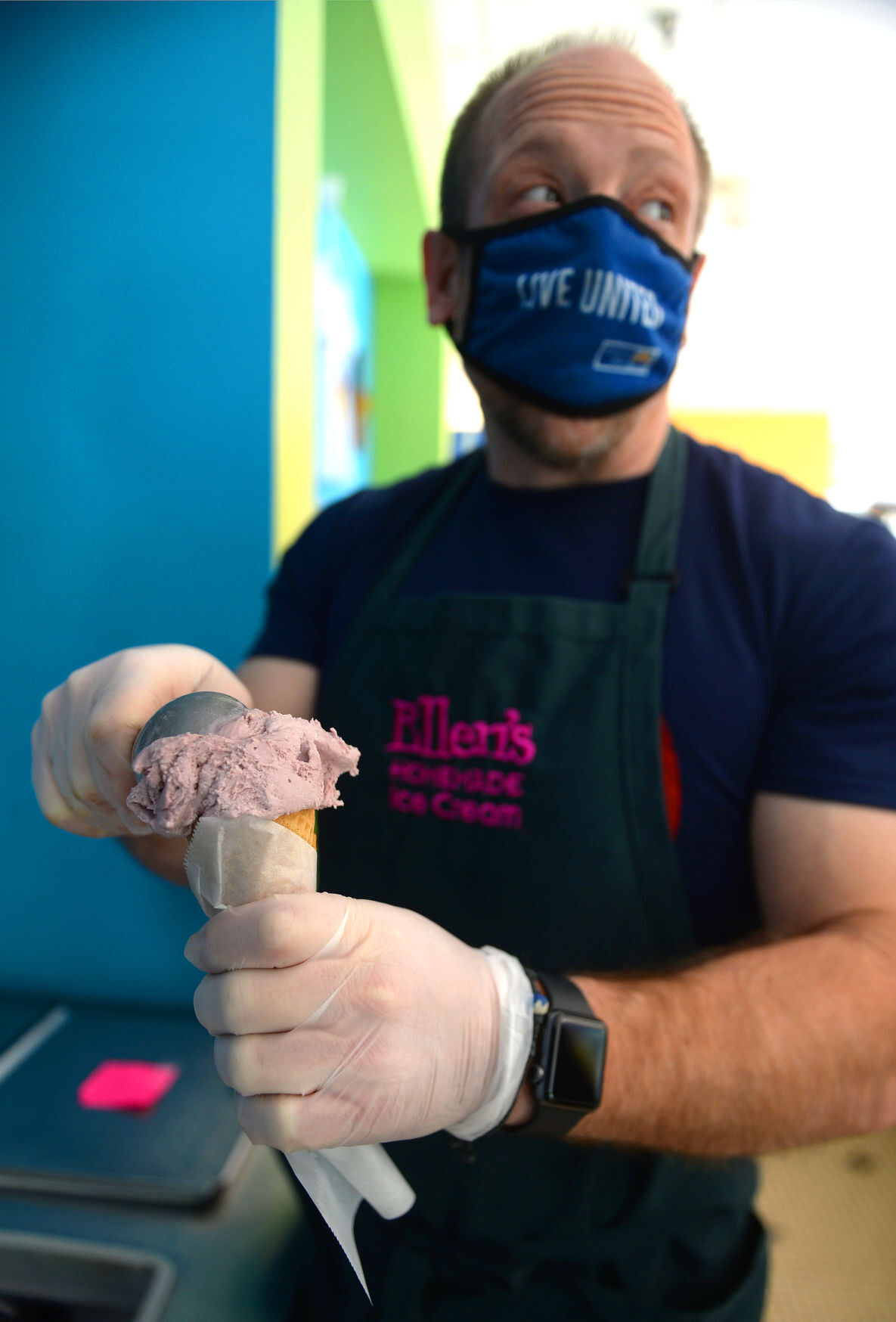 Reporter Bill Lynch continues his exploration of ice cream. This week, Bill learns a little about the proper scoop and tries to make his first batch of minty ice cream.

The trick to getting the scoop right in an ice cream shop is speed. Reporter Bill Lynch learned that ice cream melts really fast, which seems sort of late for him to figure that out.

Reporter Bill Lynch continues his exploration of ice cream. This week, Bill learns a little about the proper scoop and tries to make his first batch of minty ice cream.

The library associate winced a little when she broke the news to me.

I groaned; not surprised, not angry ... just disappointed.

Very quietly over the past 18 years, I’ve been doing my part to help pay for the downtown library’s expansion and renovations through routine tardiness on returning books. I don’t think I’ve been fined enough to deserve a wing of my own, but surely, someday, there will be a shelf with my name on it.

The library worker printed the list of books I was being fined for. It read like a jog down memory lane of past projects, both successful and failed.

There was “Teach Yourself Visually Crocheting,” “What are Biblical Values? What the Bible Teaches on Key Ethical Issues,” and “Hal Koerner’s Field Guide to Ultrarunning.”

So, it was mostly failed projects.

After some discussion, we agreed I should return what I’d borrowed before I took anything out, including the fancy ice cream recipe book I needed to continue my journey learning about ice cream.

I wanted to try my hand at making some really out-of-the-box (for me) flavors. Friends I’d met online told me about making rosewater and cardamom ice cream, and I’d been watching a lot of episodes of “The Great British Baking Show” on Netflix.

They were doing things with coffee, lavender and black sesame seeds, which seemed both appalling and intriguing. What did that even taste like?

Branching out on my own and making my own flavors seemed like a good idea.

Ellen Beal, the owner and chief ice cream chef at Ellen’s Homemade Ice Cream on Capitol Street was headed out of town for a few days and so far, the corporate offices for Baskin-Robbins hadn’t gotten back to me about touring one of their ice cream factories.

At Ellen’s Homemade Ice Cream, I’d watched Beal and employee Anna Legge make ice cream, talked about the origins of the shop and even tried my first new flavor — Sir Almond Hillary, an ice cream flavor created a few years ago at the Clay Center in support of a film about the explorer Sir Edmund Hillary and his summit of Mount Everest.

He and the Sherpa mountaineer Tenzing Norgay were the first climbers confirmed to step foot on the highest point on the planet.

I’d also tried my hand at scooping ice cream. Beal handed me an apron and started showing me the ropes.

That is virtually impossible, however. Ice cream mass and density varies from flavor to flavor. This is also true outside of ice cream shops. Consider the weight of a scoop of Breyer’s Vanilla versus a scoop of Private Selection Denali Extreme Maximum Fudge Moose Tracks, which contains a monster truck rally in the name alone.

At an ice cream shop, scooping the ice cream quickly is important.

“The more you fuss with the scoop, the softer the ice cream is going to get,” she told me.

Softer ice cream means melting ice cream. Ice cream gets its bulk from tiny air bubbles inside the mix that cause it to expand, becoming light and fluffy. When ice cream melts, the bubbles collapse and it takes more ice cream to make the appropriate sized scoop.

Ellen’s Homemade Ice Cream has guidelines for how big each scoop should be, but they’re not hard rules. Ice cream at a shop is meant to be a treat and an experience, Beal told me.

“People come for fun,” she said. “Ice cream is happy.”

The product costs more than what you get in the grocery store aisle, but what the customer gets is high quality, fresh, made to order and friendly. It’s just nice to have a smiling human being hand you a cone of sweetened dairy goodness.

By the way, not to knock on Dairy Queen or other soft-serve ice cream parlors, but when you buy soft-serve, you’re buying a lot of air. The air may create bulk, but between comparable cones, the scooped ice cream will weigh heavier.

Beal said they used the mass of the scoop and the scoop weight to get to the appropriate serving.

New scoopers, like me, can sometimes be light by a couple tenths of an ounce and that’s not a big deal, she said.

Ellen’s doesn’t sell by the ounce, but if the scoop is too light, they’ll correct and add a little. Generally speaking, new scoopers are more likely to overshoot the mark and the customer gets an extra half a bite and Ellen’s eats the cost.

After a couple of attempts, I proved to be fairly proficient at getting a scoop within an acceptable range. I routinely weigh and measure the food I eat at home, so I had some practice.

I needed some work on putting ice cream on sugar cones without crushing the edges (I don’t know my own strength), but the toughest part was remembering where everything was.

Ellen’s Homemade Ice Cream had three separate coolers of flavors. There was probably some rhyme and reason to the order, but I couldn’t guess it and I forgot to ask Beal before she went on vacation.

During business hours, most of the buckets were kept uncovered in the closed freezers.

“We always keep the vanilla covered,” she told me. “It tends to absorb the flavors around it.”

They also kept the mint chocolate chip covered, because the fragrant mint flavor can spread to other ice creams.

Ellen’s mint chocolate chip, by the way, is different than several store-bought varieties.

The white color has caused problems every now and again, particularly with small children who are used to a mint chocolate chip from Baskin-Robbins or store-bought concoctions by Edy’s, Turkey Hill, Blue Bunny or Hershey’s.

Those companies make green ice creams. I had to look it up. I don’t like mint chocolate chip ice cream or really mint anything, except for Thin Mint Girl Scout cookies, which I have only every other year or two.

Mint chocolate chip, however, is a gold standard in ice cream, especially with kids. Some of them are very serious about that green color.

Beal, wide-eyed, said, “I’ve seen them take one look at my ice cream and just cry.”

If they won’t take it, she said they try to work with them.

“Getting ice cream is supposed to be fun,” she repeated.

So was making it.

Even without my library ice cream cookbook with all of its strange flavors, I found a simple recipe through a Ben & Jerry’s ice cream book I had at the house. I broke out the ice cream maker that had been sitting in my freezer for the past decade, assembled it and went shopping.

For about the cost of a pint of Ben & Jerry’s, I bought enough milk, heavy cream and flavorings to make a quart of my own ice cream. I went with a light chocolate ice cream with chopped-up mint Kit Kat bars. It was pretty good for a first try, and for an ice cream flavor outside of my normal tastes.

The mint flavor was restrained. If anything, it could have been a little stronger, which is a weird thing for me to say.

My first batch wasn’t as good as a pint of Ben & Jerry’s, but it wasn’t bad.