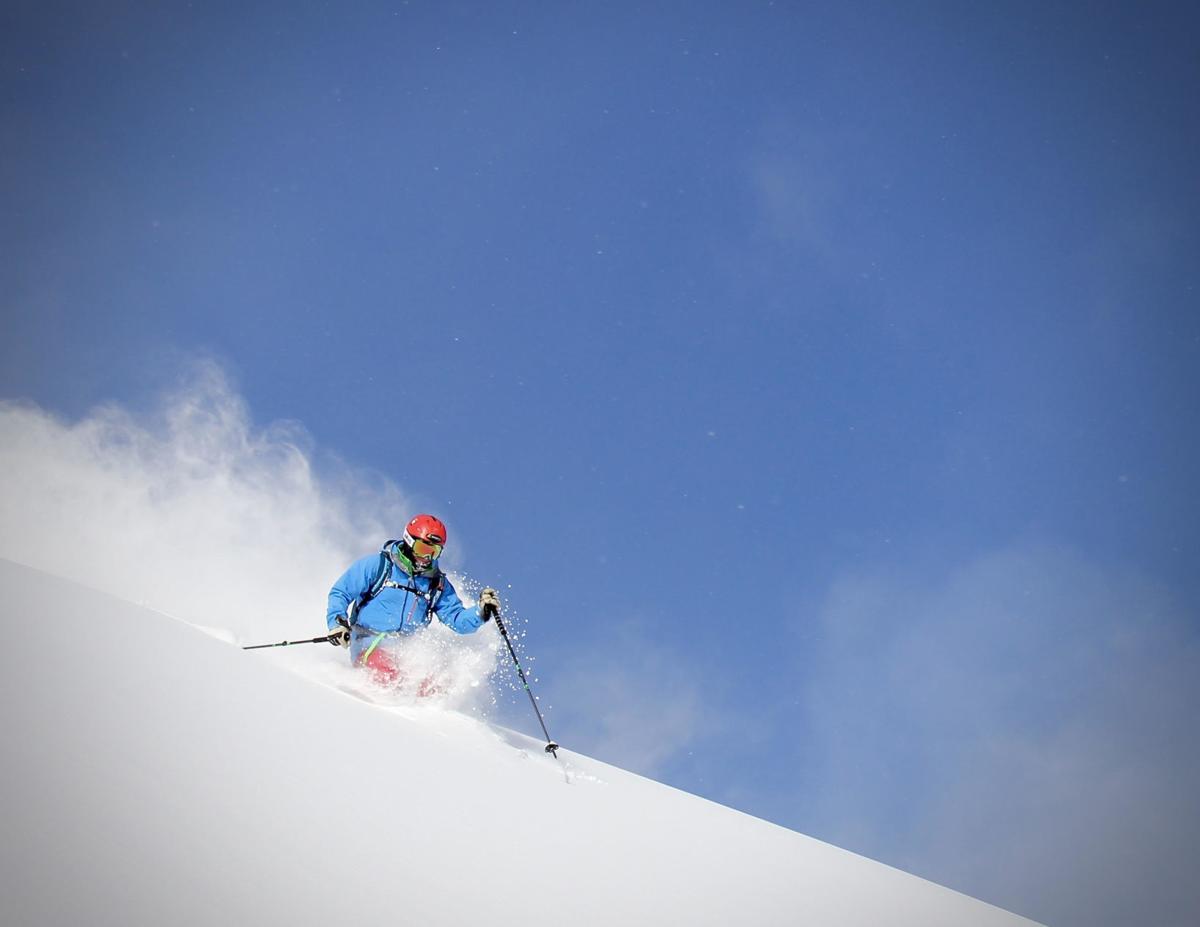 Frank Baer skis down the side of a mountain somewhere in Canada and looks cool doing it. 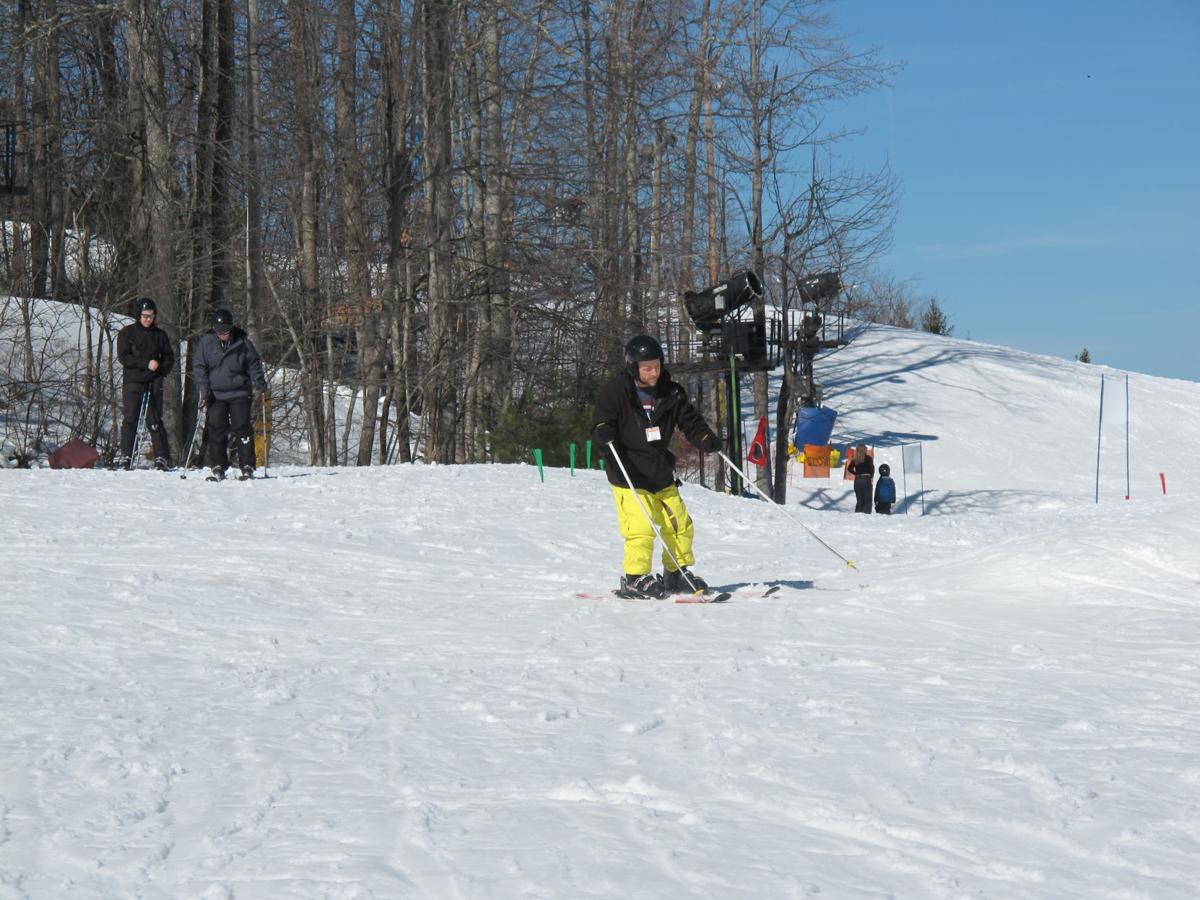 Reporter Bill Lynch learning to ski at Winterplace and not looking as cool as Frank Baer. 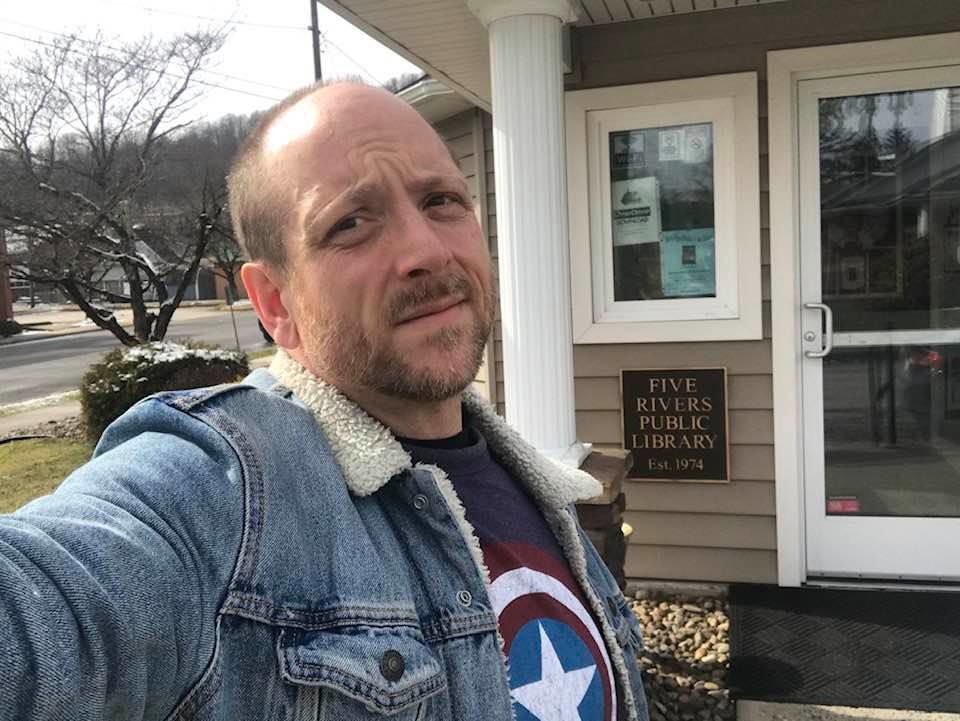 Frank Baer skis down the side of a mountain somewhere in Canada and looks cool doing it.

Reporter Bill Lynch learning to ski at Winterplace and not looking as cool as Frank Baer.

I didn’t mean to disappoint John Lutz, but it was hard to miss it.

Retired (or mostly), the 74-year-old gives history and geography tours at Canaan Valley Resort Park, in Tucker County. He gives talks about the history of skiing in West Virginia and was looking forward to taking me around Canaan and telling me all about it.

When I showed up the day after Valentine’s Day, it looked like a pretty good day to ski, as good as West Virginia was going to get this winter. A day or so before, Mother Nature had spread a thin layer of natural snow over the blanket of the machine-made stuff covering the mountains.

Outside, it was cool, but not especially cold or windy. The sky was bright blue, but I felt lousy. The back of my head throbbed and my jaw hurt. My stomach was in a sour knot. I was aggravated, anxious and in no shape to ski.

Instead, at the ski school shop I asked for a couple of aspirin and if John and I could just sit and talk for a minute.

You have to know your limits, and I knew mine.

I’d planned to take another skiing lesson, but then things had gone terribly wrong. Somehow — and I’m not sure why — I wound up being directed by a website to drive to Parsons, which is also in Tucker County.

The trip had been skating on thin ice from the beginning. I had picked a bad weekend — Valentine’s Day weekend.

Thousands of cash-paying tourists would be coming up for the long weekend to spend their days on the snow-covered slopes and then cozying down with a hot drink next to a roaring fire after nightfall.

Warren said if I could do a different weekend, maybe they could find me a room to stay. Charleston is a long drive away and six hours in the car, plus a couple of hours on the slopes, didn’t sound like a good day.

But Valentine’s Day weekend, they couldn’t even put me up in a tent in the parking lot.

Wik said OK. We made plans for me to meet Lutz by 1 p.m. I left early enough to get there by noon — except that whatever website I’d found on my phone told me to go to Parsons, so at noon I was talking to Angela Johnson, the librarian at The Five Rivers Library, who had no idea why I was in her town.

Driving back, a cloud of profanity followed after me, and that 45-minute drive turned into something closer to an hour and a half.

I stewed and raged the entire time, so when I finally pulled into the parking lot, I was a grouchy, crabby wreck.

There wasn’t anyone in particular to blame for any of this. Canaan Valley Resort State Park didn’t control the internet any more than I did. It had just been some stupid, bad luck.

Wik and his staff were good sports about it. They found me a couple of aspirin and a bottle of water. Then Lutz and I went to a quiet place to sit and talk, while outside a mob of skiers zipped down the hill.

Lutz hadn’t grown up skiing. When he was a boy, there wasn’t that much skiing to be had in West Virginia. There were no ski resorts or parks until the early 1950s, when the Ski Club of Washington, D.C., came looking for a place to ski.

The club found a patch of land that looked good, then asked the farmer who owned it if they could ski there. The farmer went along with it. The skiers had a good visit or two, and they eventually leased the land from the farmer.

The ski season in Canaan in the early days was very long, lasting from November into April. Drifts would pile up 20 feet high, Lutz said, and Bob Barton, the father of skiing in West Virginia, would sometimes have to bring skiers to the area in horse-drawn carts.

The 1960s and 1970s were boom years, with winter carnivals and festivals.

One year, Lutz said, the U.S. military had paratroopers jump over the valley.

“They had to land, ski and finish the course,” John said. “They were timed from the moment they jumped from the airplane to the time they crossed the finish.”

Through the 1970s and 1980s, other ski resorts opened. Some lasted. Others didn’t. A few have come back under new ownership. That’s still happening.

Lutz said Timberline Ski Resort, which closed in early 2019, was sold to the Perfect family, which owns and operates Perfect North Slopes, in southeastern Indiana.

“They’re a class act,” Lutz said. “My son used to work for them. I think we’re all excited to have them come here.”

That seemed a little weird.

“Aren’t they competition?” I asked.

Lutz frowned and said, “Not really. The ski business is really different. We’re not really competing. Timberline is more of an urban skiing place. You go there to ski for the day. Canaan is more like destination skiing. You come for the weekend and get lodging.”

There was plenty of room for people to get into the ski business in West Virginia — and he thought it was expanding, even if the current climate wasn’t cooperating.

The elephant in the room

Some years, Lutz said, Canaan saw as much as 200 inches of snow over the course of a season. There were massive, house-swallowing drifts.

“We get what you call lake effect snow here,” he said.

Lake effect is where moisture is pulled off a body of warm water and then passes over a colder area. It freezes and becomes snow.

“We’ve always gotten a lot of that snow when the water reaches our mountains,” he said.

But not as much over the past several years.

This year, Lutz said Canaan had somewhere between 50 and 60 inches of snow, but very little of it had stayed for long due to rain.

Lutz has skied in West Virginia for a long time, and he’s seen bad years.

“I’ve seen two in a row a few times,” he said. “But never three and never five.”

Lutz uses the words “climate change” carefully, but he said he believes he’s seeing it.

There’s not a lot the ski industry can do about it, except adapt and add snow machines.

It’s hard not to be impressed by the technology.

Lutz and I stood outside and watched kids ski. It seemed clear to me that he wanted to get out on the slopes. It was, after all, a perfect day — and I needed to make the drive home. The aspirin still hadn’t kicked in.

Back home, I ran into my friend, Frank Baer, at CrossFit WV. He had loaned me the banana yellow ski pants, which kept my lower half from freezing off.

Baer is an expert skier and had just come back from British Columbia, where he and a few friends had spent the weekend.

The pictures were amazing.

“Do you keep a professional photographer on staff or something?” I asked.

He shrugged and said, “We brought a professional photographer along.”

And sure, he agreed, the pictures looked good — professional grade.

It wasn’t the just photos, of course. Baer was coming down the side of something that would have killed someone like me who has trouble with bunny slopes.

He smiled and nodded. Yes. Yes, he did.

I shook my head. I would die.

Baer told me not to give up.

“It’s conditioning and practice,” he said. “It took me 30 years to be able to do that. You stick with this and in 30 years you can do this.”

I did the math.

He laughed. I had a point.