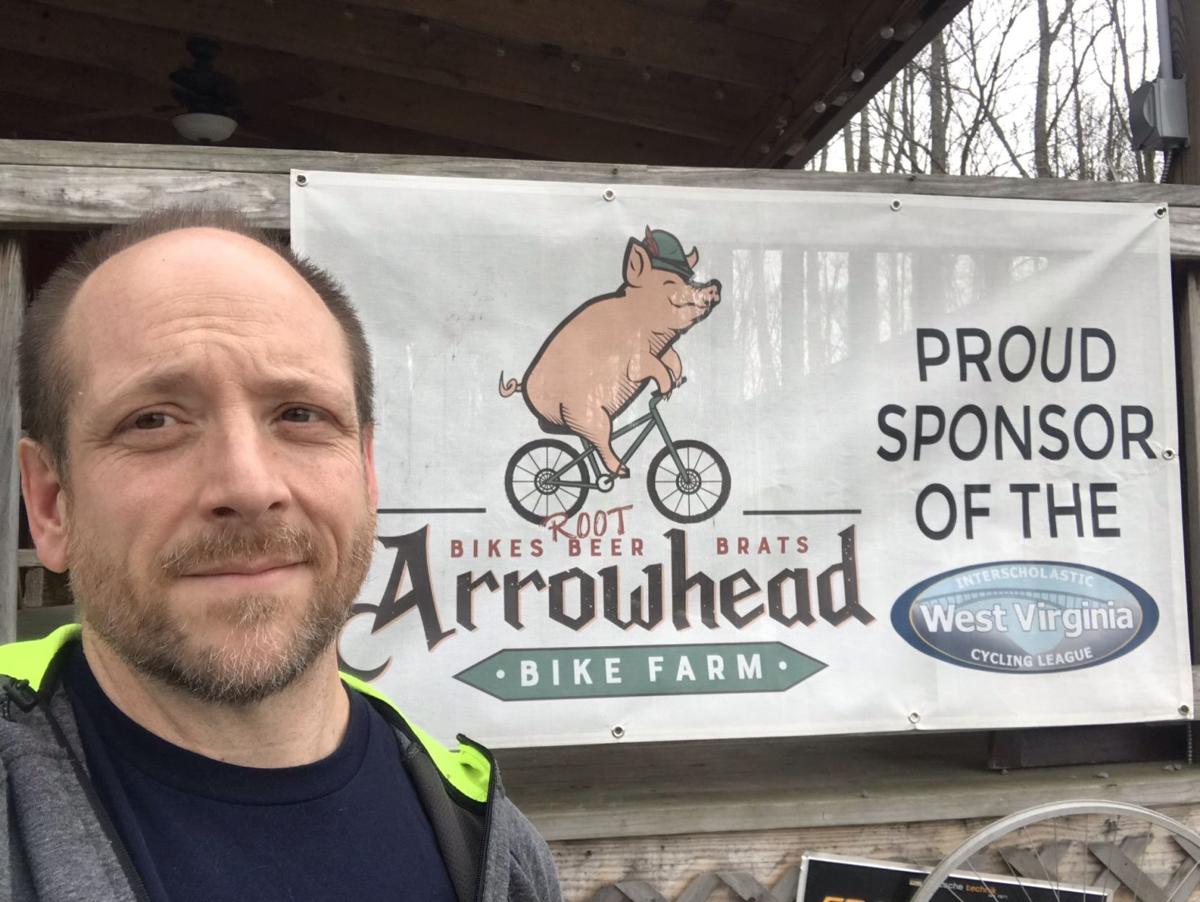 Arrowhead Bike Farm is kind of a destination for mountain bike fans. The farm has rental bikes, clinics for new or returning riders, access to a wide variety of trails, camping, a restaurant --and they serve beer. Ride responsibly and maybe carefully. 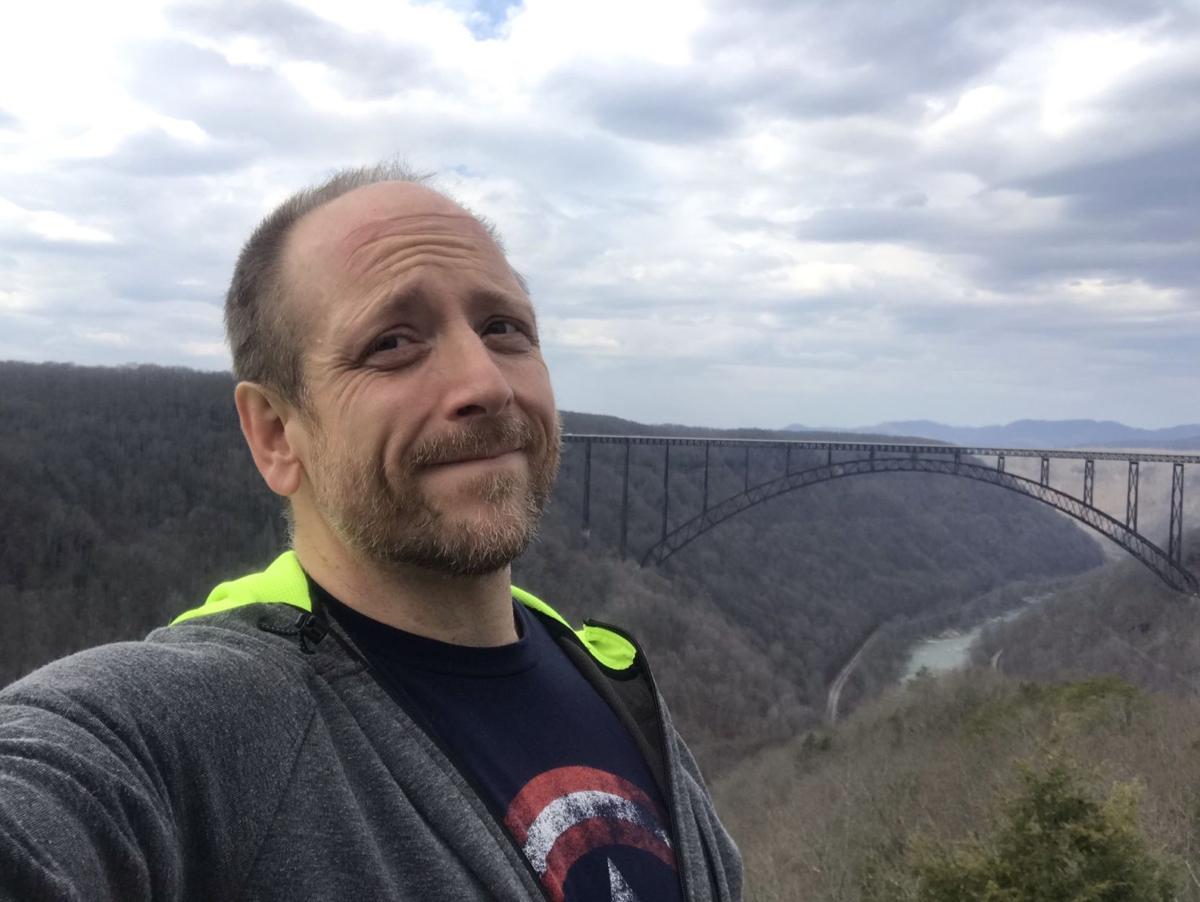 Hitting the trail with a bike leads to new vistas and views. Reporter Bill Lynch had a good time on his first mountain biking excursion. By all accounts, it was a pretty easy trail, though. 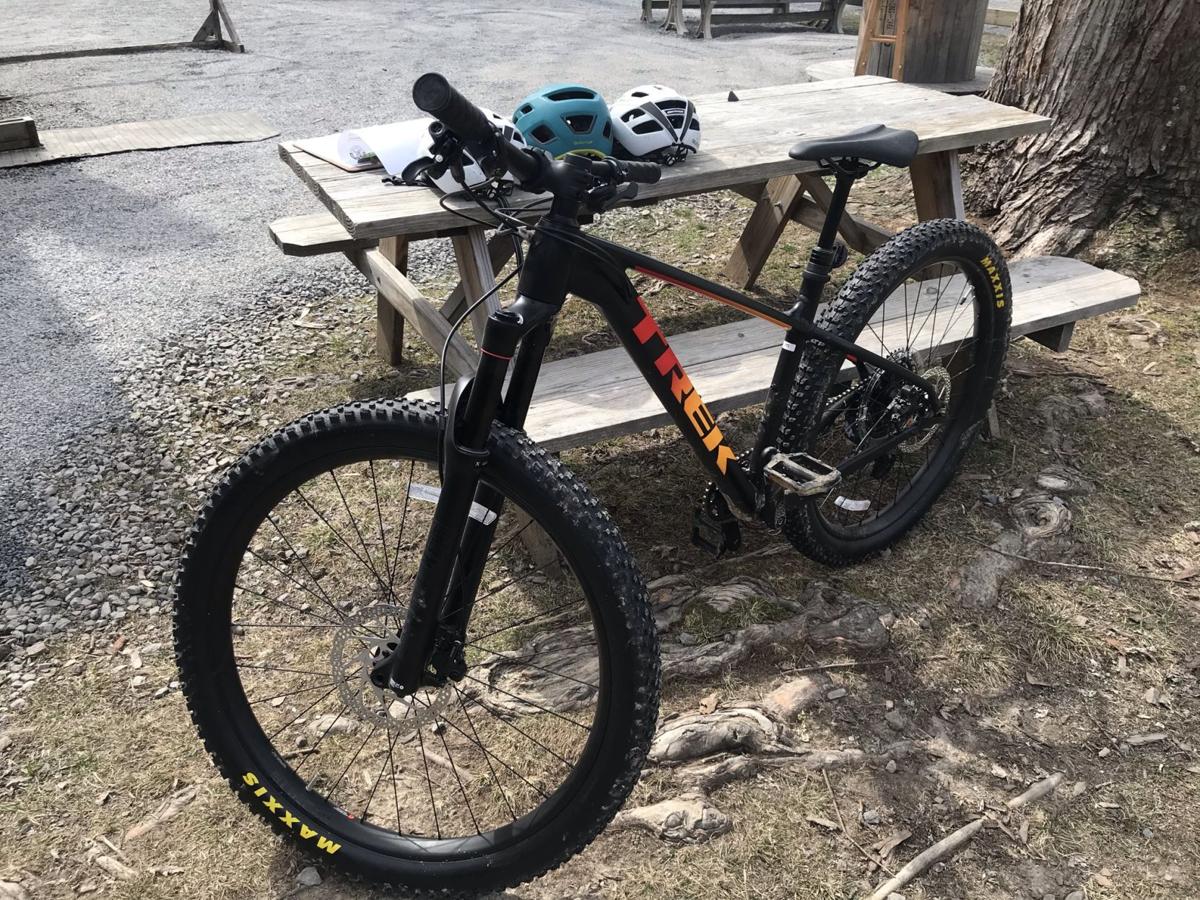 After signing a waiver and taking a clinic on beginning mountain bike riding at Arrowhead Bike Farm in Fayette County, reporter Bill Lynch was loaned a mountain bike and told where to go. He gets told that a lot, actually.

Arrowhead Bike Farm is kind of a destination for mountain bike fans. The farm has rental bikes, clinics for new or returning riders, access to a wide variety of trails, camping, a restaurant --and they serve beer. Ride responsibly and maybe carefully.

Hitting the trail with a bike leads to new vistas and views. Reporter Bill Lynch had a good time on his first mountain biking excursion. By all accounts, it was a pretty easy trail, though.

After signing a waiver and taking a clinic on beginning mountain bike riding at Arrowhead Bike Farm in Fayette County, reporter Bill Lynch was loaned a mountain bike and told where to go. He gets told that a lot, actually.

The beginning of the trail looked easy — mostly flat with the occasional root crossing the path, nothing too difficult for a guy like me, a guy who hadn’t been on a bicycle in five years.

But I felt a little self-conscious peddling along the two-mile-long Long Point Trail in Fayetteville. I wobbled, a little embarrassed, as I passed hikers — no, more like walkers.

Small children were on this trail, along with even smaller dogs and a woman who looked to be about eight months pregnant.

The trail was that easy, but I struggled to maintain control of the bike.

“Sorry, first day out on this thing,” I called out.

Small groups stepped to the side to let me pass, as I nervously yelled, “Thanks!”

People were nice about it. They smiled. I smiled and then I came over a hill sliding down toward a few sturdy-looking trees.

The path ahead curved. I’d have to turn toward the bottom. Straight ahead were more trees, bushes, and who knows what else.

Getting picked out of a ditch by the pregnant woman and her husband seemed possible, bordering on probable.

“Oh, hell,” I grunted and tried to remember what I’d gone over with Travis Brown at Arrowhead Bike Farm, just up the road.

My month spent learning about bicycles had gone off the road — on purpose. While I was learning a little about repair and maintenance from Brandon Kline at Elk City Cycles in Charleston, I’d readied my own bike and located my missing bicycle helmet, but hadn’t actually made it out to ride anywhere.

I stalled because I wasn’t entirely sure how I was supposed to do that in the first place.

I hadn’t been on a bicycle since I’d dodged the pothole-peppered streets of Portsmouth, Ohio, during a mini triathlon. The course, as I remembered it, had been relatively flat and wide. I hadn’t had to think much about changing gears, managing the brakes or navigating around anything, including people.

Taking my bike to Kanawha State Forest sounded risky, like an opportunity to disappear into a ravine and feed myself to a couple of deserving coyotes.

I needed a lesson and maybe a good excuse to get out of the office, so I contacted the folks at the Arrowhead Bike Farm, who invited me for a visit.

The bicycle farm is an actual farm — or is trying to be. Travis told me they were expanding their garden space to enhance the on-site restaurant’s farm ethic, but I noticed the goats right off. They were hard to miss. A half dozen of them lounged in a pen, sunning themselves in the middle of the afternoon.

I tried not to stare. I can’t say they did the same.

Travis gave me a quick tour.

The farm had different features for different levels of trail or mountain bike riders. They were expanding the trails on their property to allow for visitors to practice, perfect, or just while away the afternoon hopping over rocks and dirt berms or just tearing down narrow paths.

There was a small loop set aside for clinics and a dirt path with a variety of jumps that was part of another loop.

The farm is year-round, but winter was something of a lull, mostly due to weather, if not temperature. Travis told me traffic was picking up on the weekends and they hoped for another busy year.

It’s easy to social distance on a mountain bike. He said they’d had a pretty good year, last year.

Travis told me most of their visitors were from out of town and out of state, but some local parents brought their kids to the park.

“We had a mother who put a GPS on her son and turned him loose on the ramp,” Travis said. “She said he put 10 miles on it one afternoon.”

He hoped more West Virginians would come and try them out.

“It’s all part of that healthy, active lifestyle,” Travis said.

After I signed a waiver or two, Travis outfitted me with a Trek mountain bike and a hard plastic bike helmet. I needed some help adjusting the helmet. Then he showed me how to raise and lower the seat with a lever on the left side of the handlebars.

Raising or lowering the seat helped fit the bike to the rider, obviously, but the seat could be raised and lowered during your ride to help with different kinds of terrain.

Travis told me I wanted my leg to basically straighten when I pedaled down, but that when I wasn’t pedaling, it was preferable to keep the two pedals even.

“This helps prevent pedal strikes when you’re going over rocks or roots,” he said.

I took a couple of minutes to warm up and get my feet used to moving on the bike.

It really is like they say. You never forget how to ride a bike.

But when you get back on it after a few years away, you will feel awkward, stiff and a little uncomfortable.

Goats, if they’re around, will stare.

Travis spent an hour explaining and showing how I should stand and move my body on the bike, particularly when going up and down hills and how to get over things like rocks and tree roots.

After each explanation, Travis would demonstrate a couple of times and then I’d give it a try — a few times.

Travis was very patient with me and gradually, I warmed up to being back on a bicycle.

At the end of the hour, we talked about sending me on a nearby trail. There were plenty to choose from, but Long Point was close and short — around 4 miles total.

“It also has the best view of the New River Gorge Bridge,” he said.

Travis explained the route and told me the trail was open to people on foot or on bicycle. I’d have to park the bike and take the last two-tenths of a mile on foot if I wanted to check out the view.

Nobody would bother the bike, he promised.

After a quick trip down the county road, I found a parking lot and the entrance to the trail.

At first, I really thought I had a handle on riding. I figured this was like a bunny slope version of mountain biking, something that could almost be done with training wheels, but then I found a couple of worrisome patches.

I rode the brakes all the way down to the bottom and had to fight to keep the bike from tipping over.

Meanwhile, a guy on a bike in a sleek, yellow racing suit flew past me, jumping and hopping over the things I took at a creepy crawling pace.

At the bottom of the trail, I found the bicycle rack, parked it and continued on foot.

The view really was worth the walk and despite some worries about getting the bicycle back up to the parking lot and then to the bicycle farm, I really had very little trouble. Pedaling upwards past the trees was a lot easier than flying down toward them.

I returned the bike to Arrowhead Bike Farm, thanked them, and then drove home.

Things had gone very well. I felt like I’d learned something, come away without a scratch and was no worse for wear except for a few aches and pains.

You get used to your butt being sore, right?