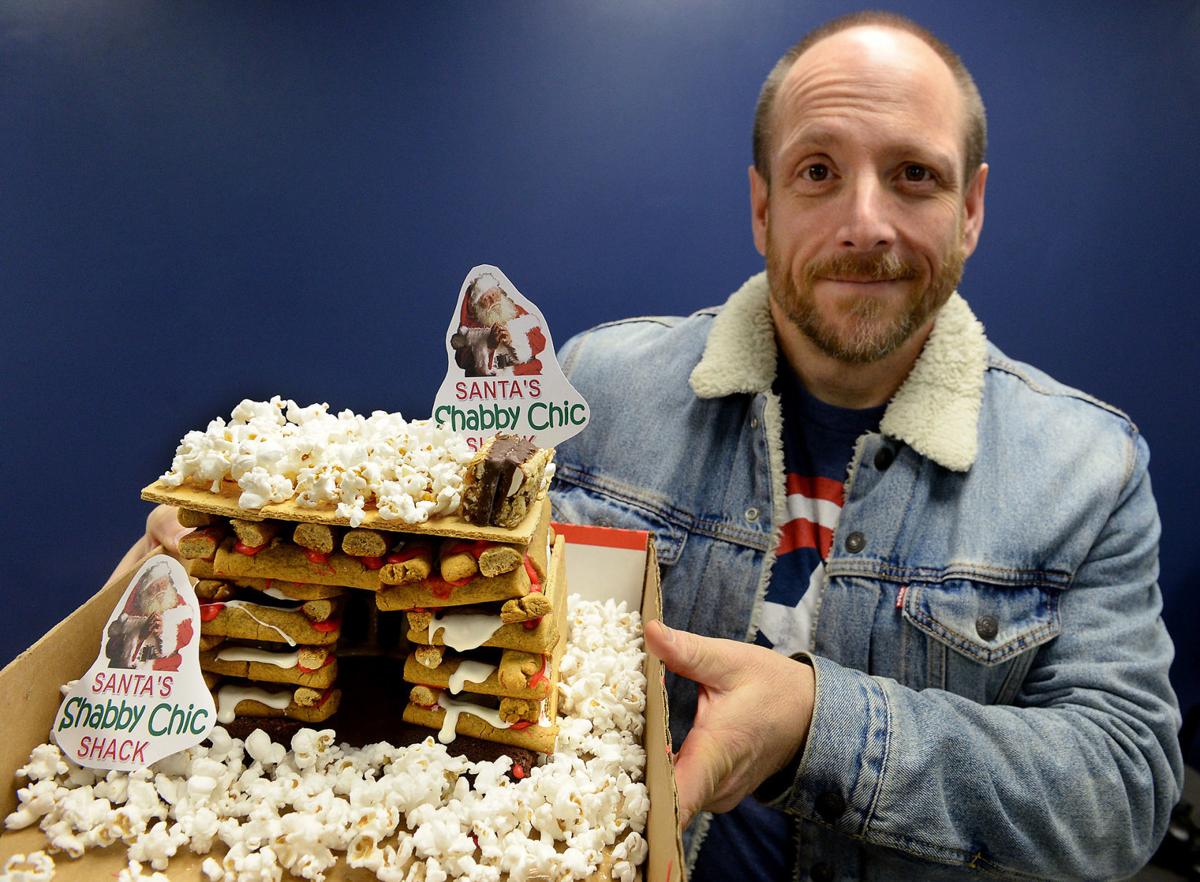 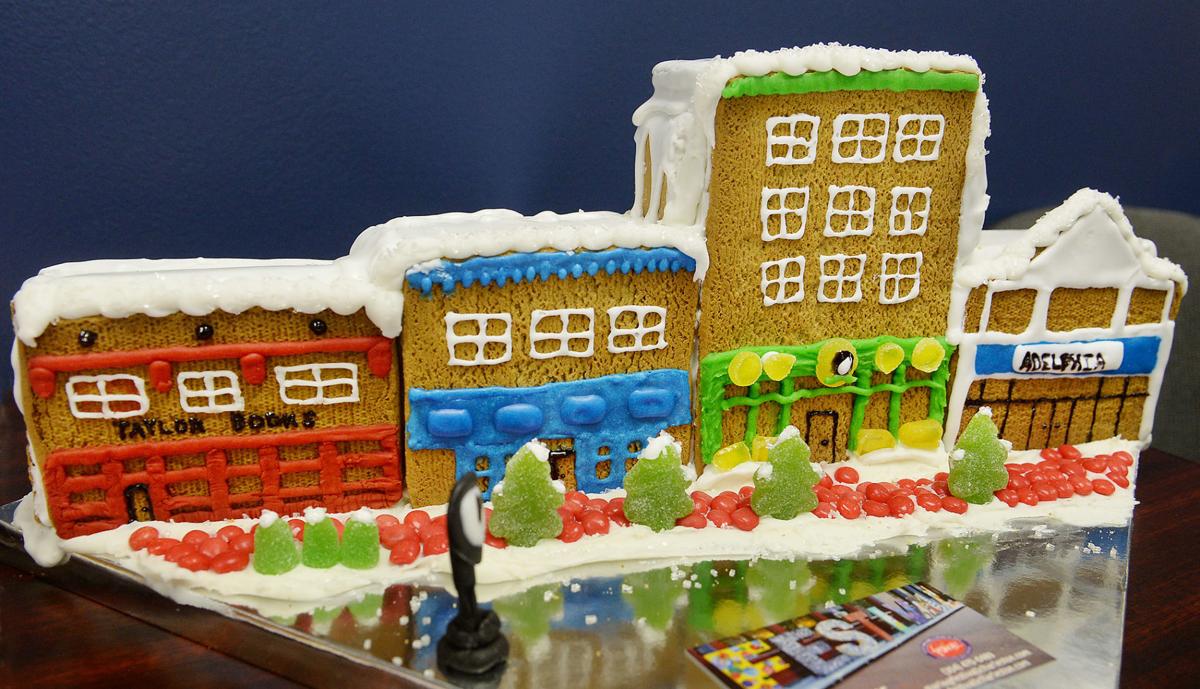 Some of the gingerbread houses on display celebrated not just the season, but also the city, like this line of storefronts put together by FestivALL. 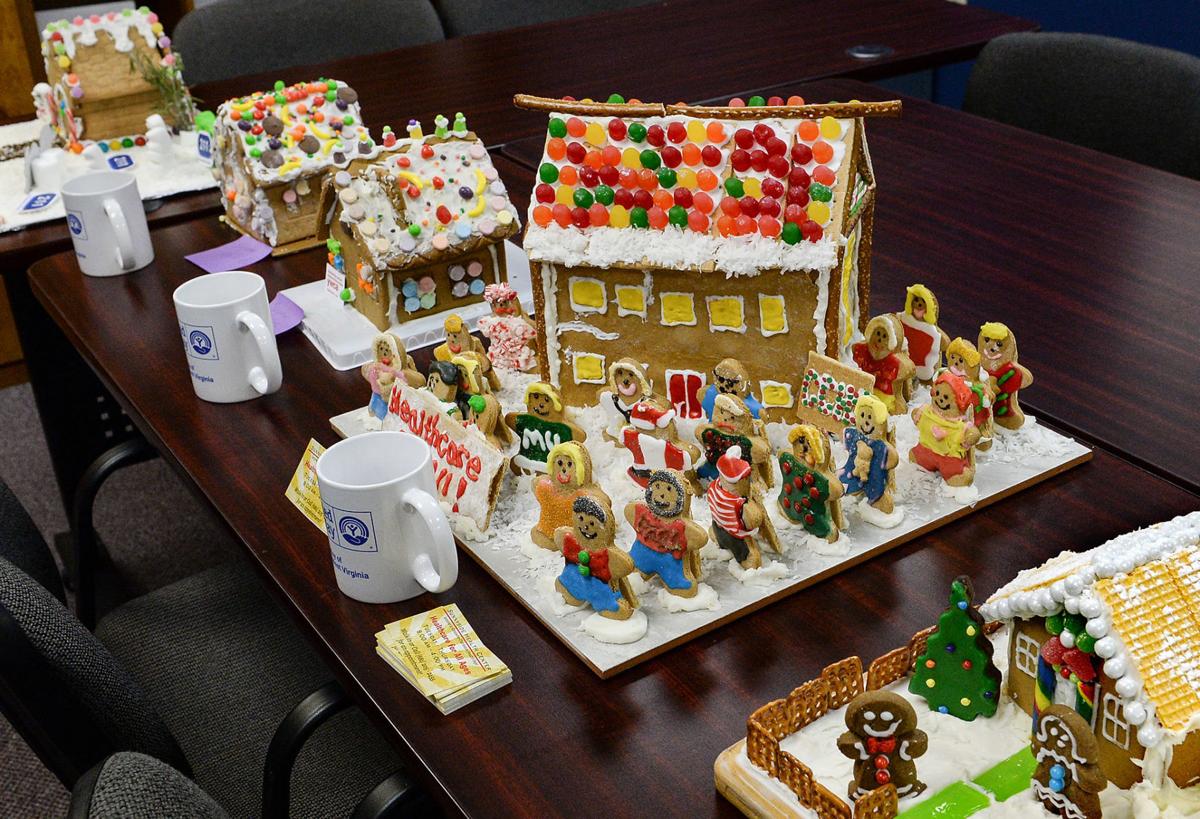 Many of the gingerbread houses submitted in the United Way of Central WV and Kanawha Valley Collective’s “More Than a Home for the Holiday” gingerbread house competition showed a lot of heart and captured the spirit of the season.

Some of the gingerbread houses on display celebrated not just the season, but also the city, like this line of storefronts put together by FestivALL.

Many of the gingerbread houses submitted in the United Way of Central WV and Kanawha Valley Collective’s “More Than a Home for the Holiday” gingerbread house competition showed a lot of heart and captured the spirit of the season.

No truer words could be said of my second foray into gingerbread house making during my crafty Christmas month.

Mistakes were made — lots of mistakes.

After my tentative first steps with making gingerbread, I dove into cookie house design, looked through a couple of recipes in books and weighed my options.

Ultimately, my choice for a blueprint for my gingerbread house came down to what I believed was within my likely skill level.

A Victorian mansion with a pointed chocolate roof and dressed up with sapphire and ruby-colored candies was far outside of my fighting weight class, as was a cute little cottage I found.

I was an optimistic baker and builder, but the plans for these things made my head swim — and I never took shop class in high school. Heck, I’d never taken Home Economics and was largely a self-taught cook and baker.

Settling on a concept

Of my choices, that left the design for a small cabin, which looked like it had been built from Lincoln Logs. I’d played with Lincoln Logs once or twice as a kid. I don’t recall making anything memorable or even liking the Lincoln Logs, but the cabin seemed more forgiving and flexible than the other designs.

All I had to do was make some cookie logs, stack them and slather icing in-between to act as mortar. If I wanted to get fancy, I could add a chimney and Christmas lights made from icing and sprinkles.

This seemed doable and might be an OK entry into the “More Than a Home for the Holiday” gingerbread house competition I’d signed up for through the United Way of Central West Virginia and the Kanawha Valley Collective.

The event was to raise money and awareness for warming stations in Charleston — a need as the temperatures continue to drop through the winter. For me, the contest was a way to wrestle me into getting something done.

I do love a deadline.

Making a gingerbread house took a couple of days.

First, I mixed up a double batch of gingerbread dough. My hand mixer whined and choked as it fought the dense, gritty mix.

I turned off the mixer just as it got warm, before it caught fire and I lost another kitchen appliance.

I go through small appliances. I’m on my fourth microwave in eight years and switched to a French press after I murdered my third coffee pot.

To be funny, I sometimes write obituaries for them on Facebook. I get more comments about those than anything else I write.

I switched to mixing with a wooden spoon, but then gave up and just began to knead and mix the dough by hand.

I swore a lot.

Then came the shaping. The cookbook called for nine 9-inch cookie logs; 14 7-inch logs; a bunch of 4-inch logs and more.

The recipe instructions told me to roll out the dough into a rope and then cut off whatever I needed.

There was no making a big rope of dough. The dough fell apart if I rolled it out very far — and I wasn’t sure how to measure length.

While I’m reasonably proud of the culinary tools I’ve assembled in my kitchen over the years (I even have a garlic press), I don’t remember ever even seeing a “gourmet ruler” at any store.

Eventually, I just used an app on my phone to measure out the distance on a piece of cardboard, rolled out wobbly looking, factory-second pencil-sized tubes of gingerbread and lined them up on a baking sheet.

They went in the oven for seven minutes, one minute less than what the book called for. A third of them came out burned and one snapped in half after I let them cool.

I began to wonder why anybody did this, but at least my kitchen smelled amazing.

For my second batch, I thickened the ropes and lined my cookie sheets with parchment paper, which would help prevent the bottoms of the cookies from getting scorched.

It took hours for me to shape and then bake the dough, but I wound up with a bunch of solid-looking cookie logs.

After I gave them a night to cool, I started putting them together without gluing them with icing, just to see what this would look like.

I didn’t think it looked all that bad. Sure, it was rough around the edges to the point of being stone-age primitive, but I thought I could sell that as rustic.

This was going to work.

To add a little color to my cabin, I baked a pan of brownies, which became the foundation for my little house. I began to glue with icing and assemble the logs, which stacked just as they were supposed to.

I’d made the logs thicker because in my first attempt they’d been too thin. But now they were too thick, and the gaps in the log walls bothered me. They were wider than I liked, and the royal icing — used for cookie decorating — didn’t cover the space like it was supposed to.

In the picture, the icing would serve as kind of mortar or caulking.

I considered the problem with the icing and decided the best thing I could do would be to get a jar of marshmallow cream, which was thick, sticky, the right color and cheap.

I got a plastic container for a buck at Piggly Wiggly, went home and began trying to slather the stuff in between the cracks.

That might have worked fine — if I’d started with the marshmallow fluff in the first place, if I’d layered the cookies in between beds of the sugary goo. But going back after the fact was messy. The marshmallow drooled down the sides of the cabin and didn’t really stay where it was supposed to.

Then, I failed to come up with the roof. After looking back at the design, I noticed directions for baking a gable and base for the roof. I’d missed that and it was too late to bake another batch of cookie dough.

I tried to make some kind of platform with the leftover logs, but I couldn’t get the graham crackers I had to lay on them properly. Creating a gable from the graham crackers seemed impossible. The crackers crumbled when I pressed a knife into them, so I settled for a flat roof, but added a chimney made from a granola bar.

I’d hoped for a cozy, magical getaway. Instead, I had come up with a ski lodge for the Unabomber.

In despair and disappointment, I ate two brownies, half a sleeve of graham crackers and a couple of leftover gingerbread scraps. I will be doing burpees at CrossFit WV until January just to work that off, and the sugar didn’t help.

As I stood by my living room window, chewing through a cookie and watching the snow dust the lawn, I wondered if I might be able to make my little wreck of a gingerbread house look not good, but less bad.

I’ve frequently complained about the house I own. It looks a little dated. There’s a huge metal wagon wheel parked out in the front yard as an accent or decoration. I don’t know why that seemed like a good idea or how to get rid of it.

The lawn is more than I have time to manage, too. All summer long, I moan and groan about having to mow, but you know, it all looks pretty good in the winter after a fresh snow has fallen.

Snow does that to a lot of things. It takes some of the harsh edges off, or at least covers up the dirt.

So, I popped a couple of cups of popcorn and buried my sad, little shotgun shack from Candy Land in fluffy snow.

It helped. It was a Christmas miracle.

After it was done, I packed my house up and took it to the United Way of Central West Virginia’s offices so that it might be judged in the “More Than a Home for the Holidays” gingerbread competition.

I didn’t expect to win, place or show, but at least I could show up.