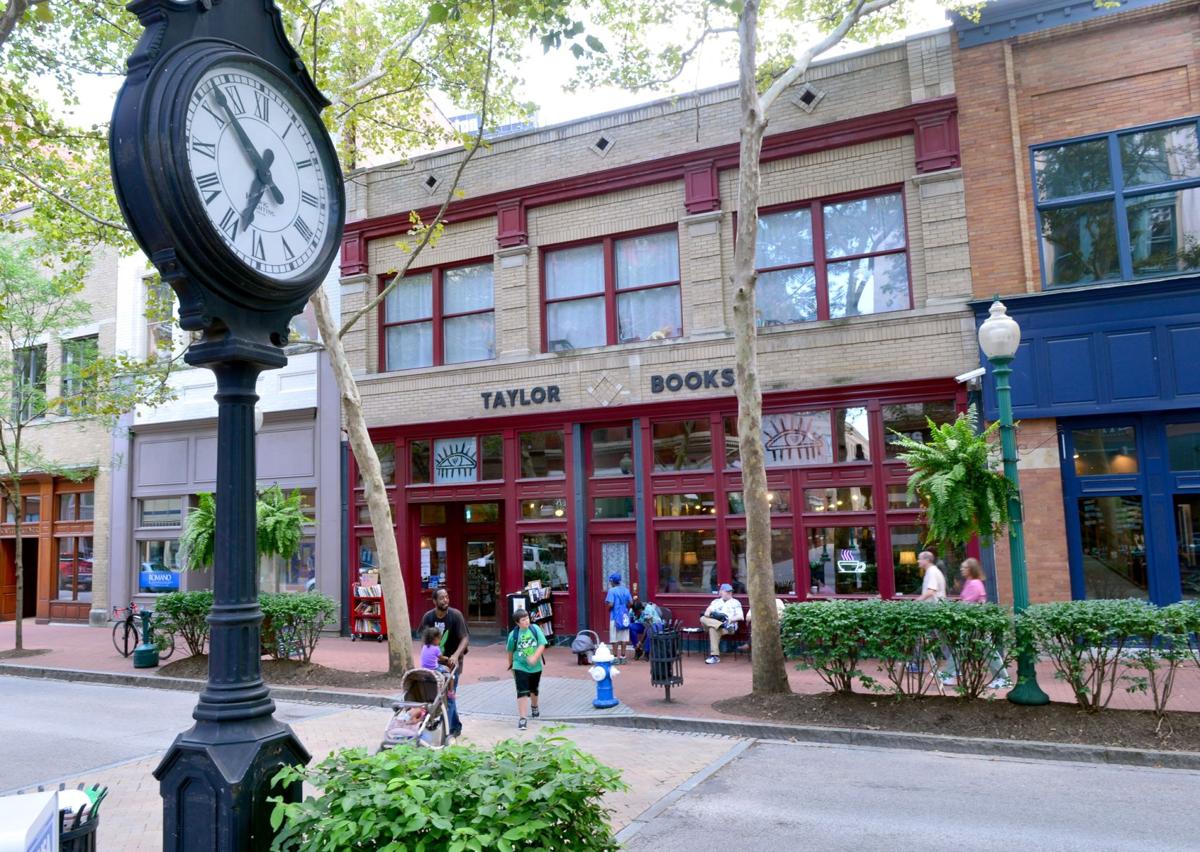 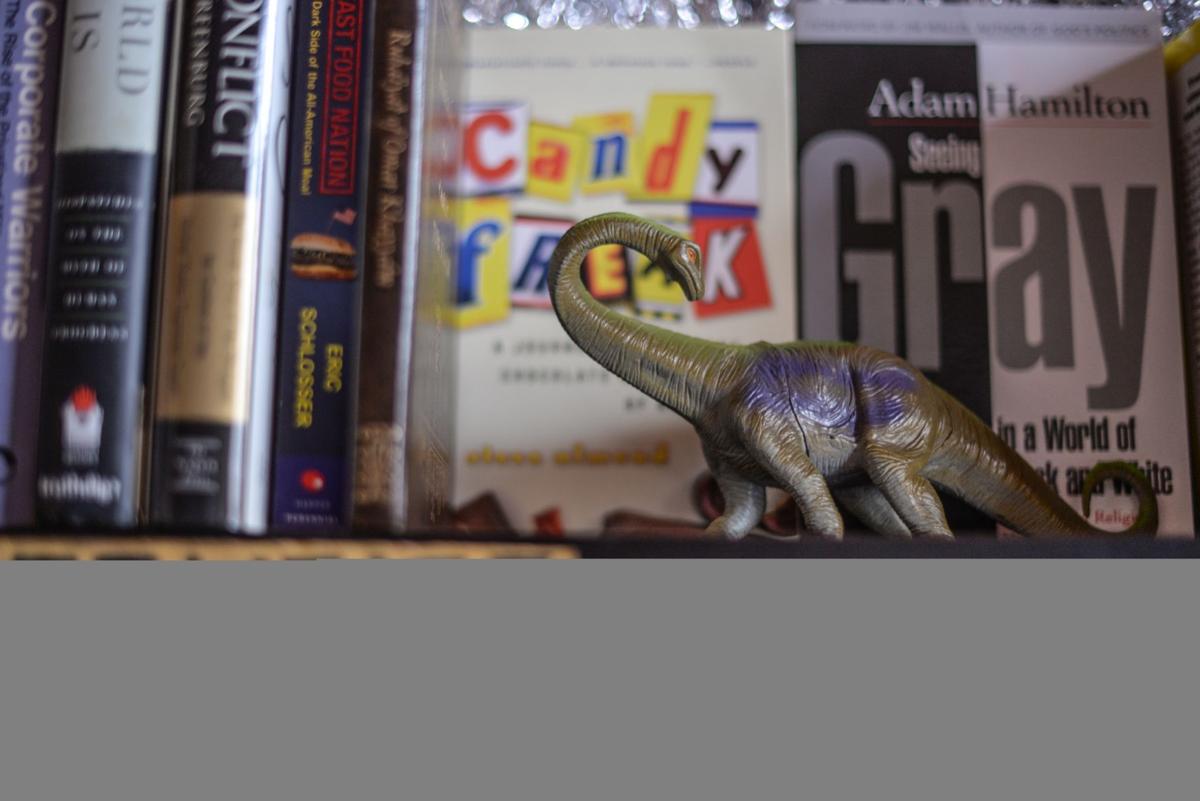 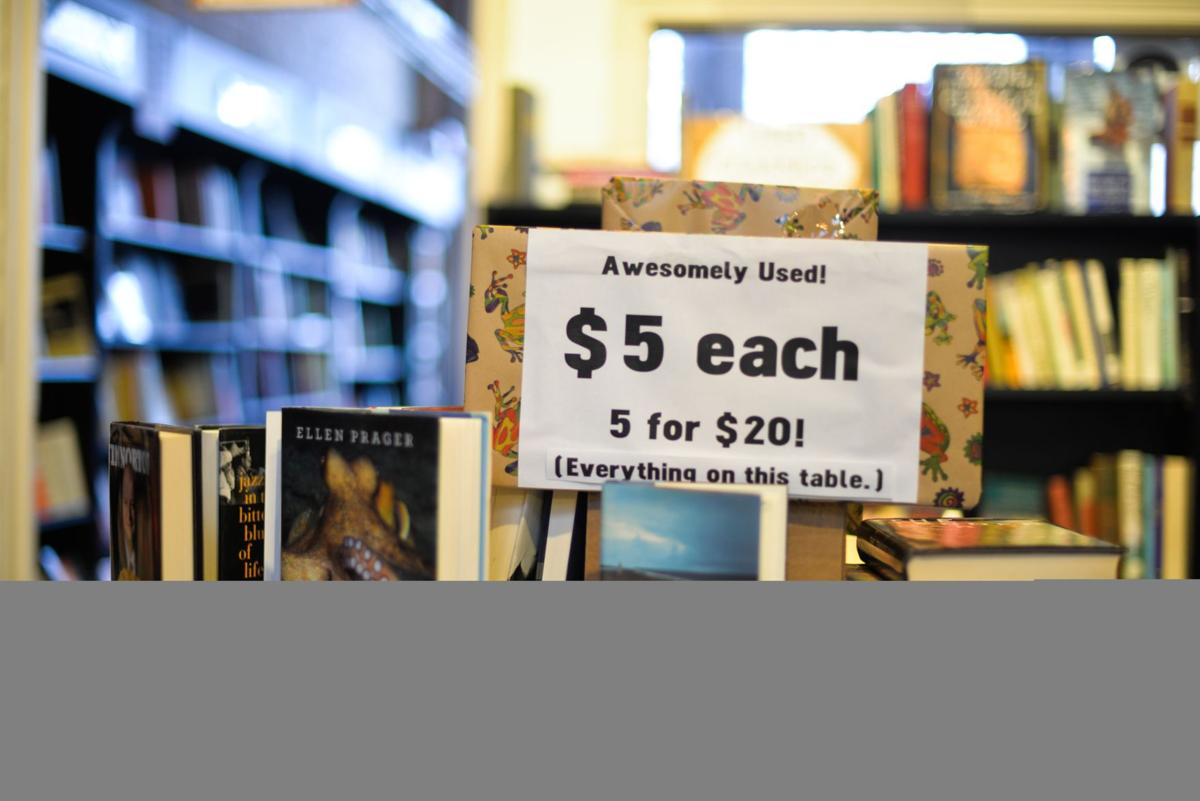 Lexi Browning/Daily Mail Taylor Books displays a variety of used books for sale in their back cove on Capitol Street.

Lexi Browning/Daily Mail Taylor Books displays a variety of used books for sale in their back cove on Capitol Street.

When Ann Saville made the decision to purchase the building space that would soon become Charleston’s beloved Taylor Books in 1995, the property didn’t look promising.

Capitol Street had become rundown with the arrival of the Charleston Town Center in 1983, depleting the small business economy. Dropped ceilings and abandoned radiators filled the interior of the future space of Taylor Books, becoming a haven for pigeons.

“It was a desolate place,” Saville said, shaking her head. “The space had been a shoe store and the opposite side was a card store. It had never been modernized.”

The properties, owned by the Morgan family, spanned three buildings-wide. Saville recalled the original copperplate handwriting on the deed paperwork, noting the builder’s decision to include the amount of bricks lain and the price in 1895.

“I knew I wanted to use both rooms,” Saville said, noting that a Book Seller’s Convention had advised using spacious areas for future expansion.

“The tin [ceiling] hadn’t been ruined, luckily, but it was painted an ugly green and had to be scraped by hand or with a wire brush,” Saville said.

Saville’s friend Paula Clendenin, an artist, requested that the ceiling be painted its iconic red.

“It was very fun; there were lots of unexpected surprises,” Saville said of the restoration process. “We brought it back to what it was and added modern heat.”

Soon, her success became her residence.

“We took some time to catch on,” Saville said. “We sold the house in the hills, and the hardest part was meeting the rent, and if you own the property, you can’t kick yourself out. That was the deciding factor.”

For Saville, being within sight of her beloved bookstore provided ample opportunities to be involved in the day-to-day operation.

“It’s convenient to live with your business,” Saville said, pausing. “Not that I spy, but they know I’m always here.”

Despite the addition of Borders in the Town Center, Taylor Books consistently stayed afloat thanks to its faithful customers; Saville said competitors didn’t even make a dent.

“It’s like there’s a filter on the door of a bookstore,” Saville said. “We have a nice atmosphere with a wonderful staff and we’re very flexible for students [employed at Taylor Books].

Saville’s staff, comprised of varying ages, were united by their love for books.

“People come in because they like those who work here,” Saville said. “I don’t go for uniformity.”

Saville said she was surprised by the success of the café when it was incorporated into the bookstore. The famous round blue booth now marks the former location of the first espresso machine purchased and operated by Taylor.

“All the readers come and they can sit with coffee and their laptops and it’s become a third place after work and home… As family life shrinks, there’s still a need for social interaction,” Saville said.

The addition of Pies and Pints brought a new taste to Capitol Street and a new crowd to Taylor Books: customers from throughout the state soon added the bookstore to their itineraries.

“That’s good; they come back,” Saville said. “We opened the used book section so more people could afford books.”

Saville said a mass of young customers had become infatuated with reading when J.K. Rowling’s “Harry Potter” series was released in 1999.

Although the love of reading and espresso exists in mainstream coffee shops, Saville’s shop draws a certain crowd.

“It’s the comfort,” she said. “It’s a comfortable place and even the art gallery isn’t typical.”

Though the years have taken a toll on Saville’s physical abilities, she said, her mind is still in pristine condition — a trait she attributes to reading.

“The older you get, the more you like downtime. But you’ve got to do something,” Saville said. “I’ve always wondered:, ‘What do people do who don’t read?’ I’m lucky that I can go downstairs and chat with someone.”

Saville, who recently turned 80, said she appreciates the small amount of structure in her daily routine, which begins with baking scones and muffins at 5 a.m.

“I like to see the sun come up,” Saville paused, “It’s a new day starting, and the airwaves aren’t cluttered with thoughts. It’s nice.”

Saville said her love of reading stemmed from her childhood, when Hitler and his “nasty crew” were bombing her hometown of London in World War II.

“It gives you experience and the big picture before you’ve been able to explore for yourself,” Saville said. “There’s a difference in readers versus non-readers; you don’t get much out of listening, and when you read, it’s faster and you get much more out of it than you would from talking heads.”

“I just fear that I can’t read enough; some days I don’t see a single book I’ve read on display in the shop. We try to always get the best of the best.”

Saville said the staff relied heavily on industry reviews and not on which books were sold in the most quantities.

“They can buy books anywhere, but they feel that this is their bookstore,” Saville said.

For many staff and visitors, it is.

“This is the place I always come back to,” Price said.

“We’re great admirers of Ann, and it’s such a wonderful atmosphere,” Stone added.

“I’ve been to a lot of bookstores in Baltimore and D.C., and D.C. has a lot of great ones, but this is by far the best I’ve ever been in.”

The passion for the environment is also shared among the staff.

Kaycee Pauley-Gangwer, who has served as a barista for eight years at the bookstore, agreed.

“I really like the people that come in,” she said. “You get to know them and their families, and they’re incorporated into your life. Shoot, if they get a raise or promotion, you know about it.”

Pauley-Gangwer said she treasured having the luxury of truly knowing her customers and coworkers.

“When you come to work, you’re not really working,” Pauley-Gangwer paused. “Well, you are, but you’re relaxing and socializing with the customers.”

A celebration to commemorate the beloved bookstore will take place on Friday, with a 20 percent-off storewide sale through Sunday and a 20-cent small drip coffee sale until 11 a.m.

A raffle bucket of names collected throughout the week will be drawn hourly for gift cards and visitors are encouraged to partake in eating celebratory birthday cake.