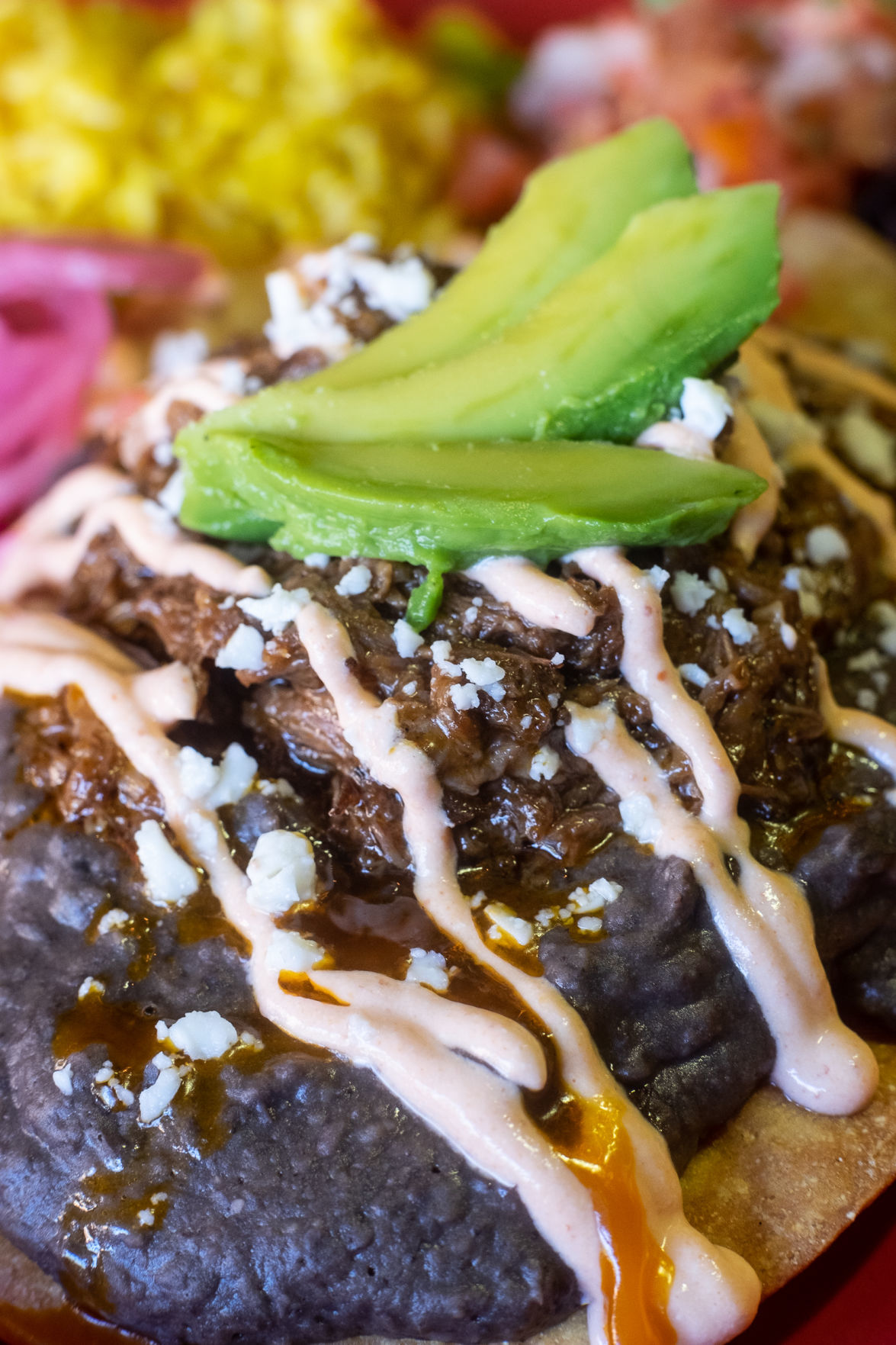 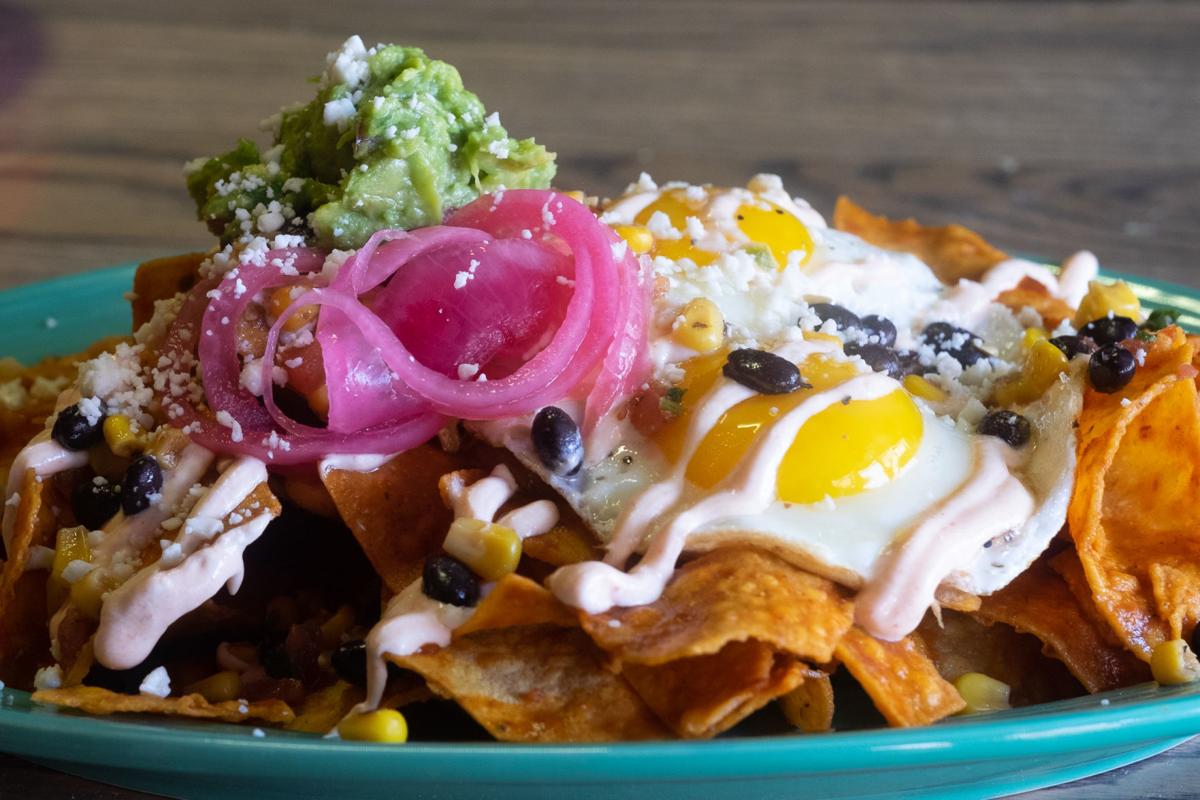 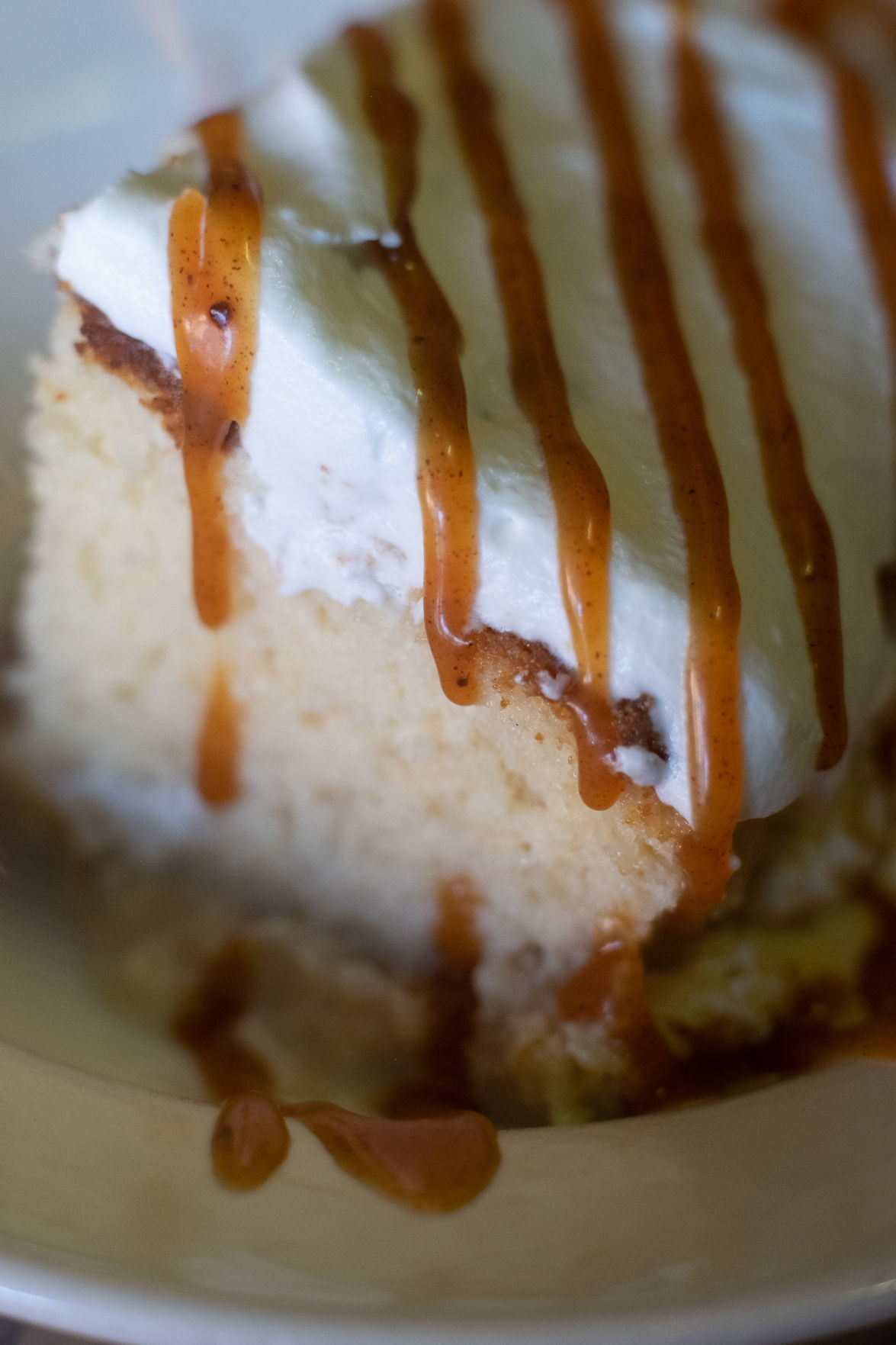 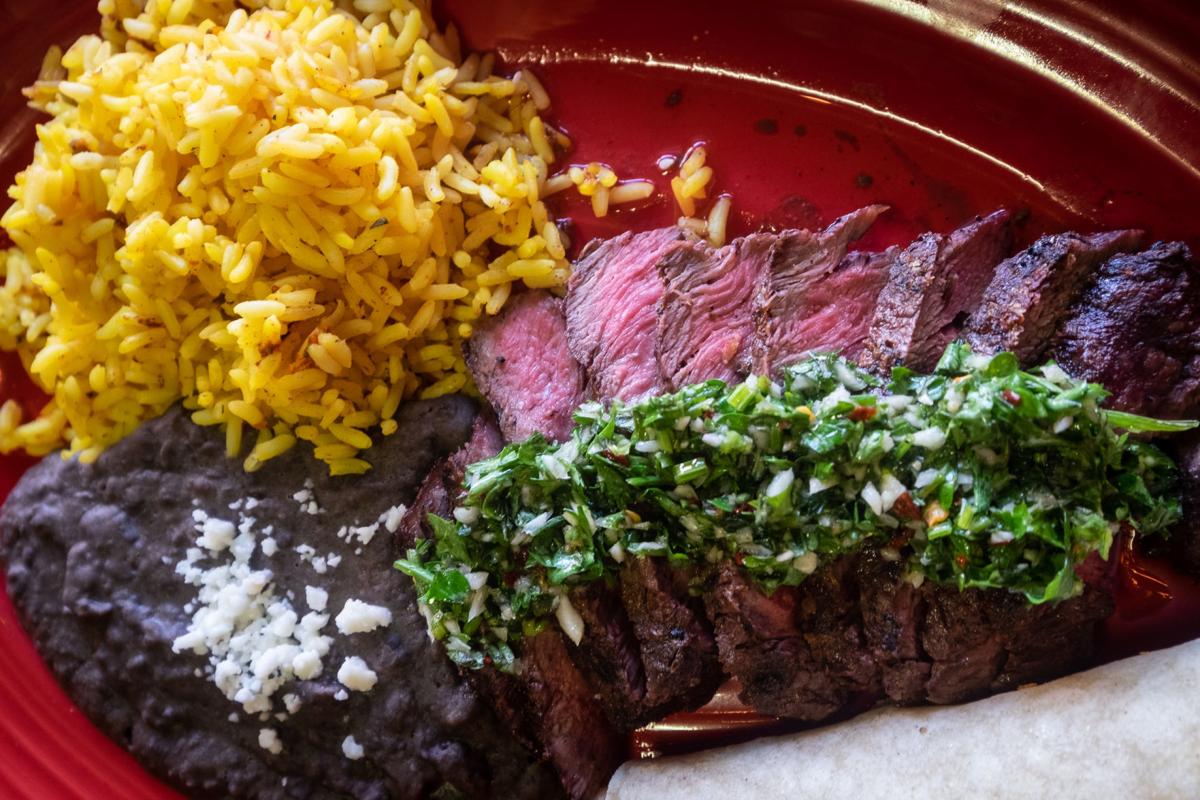 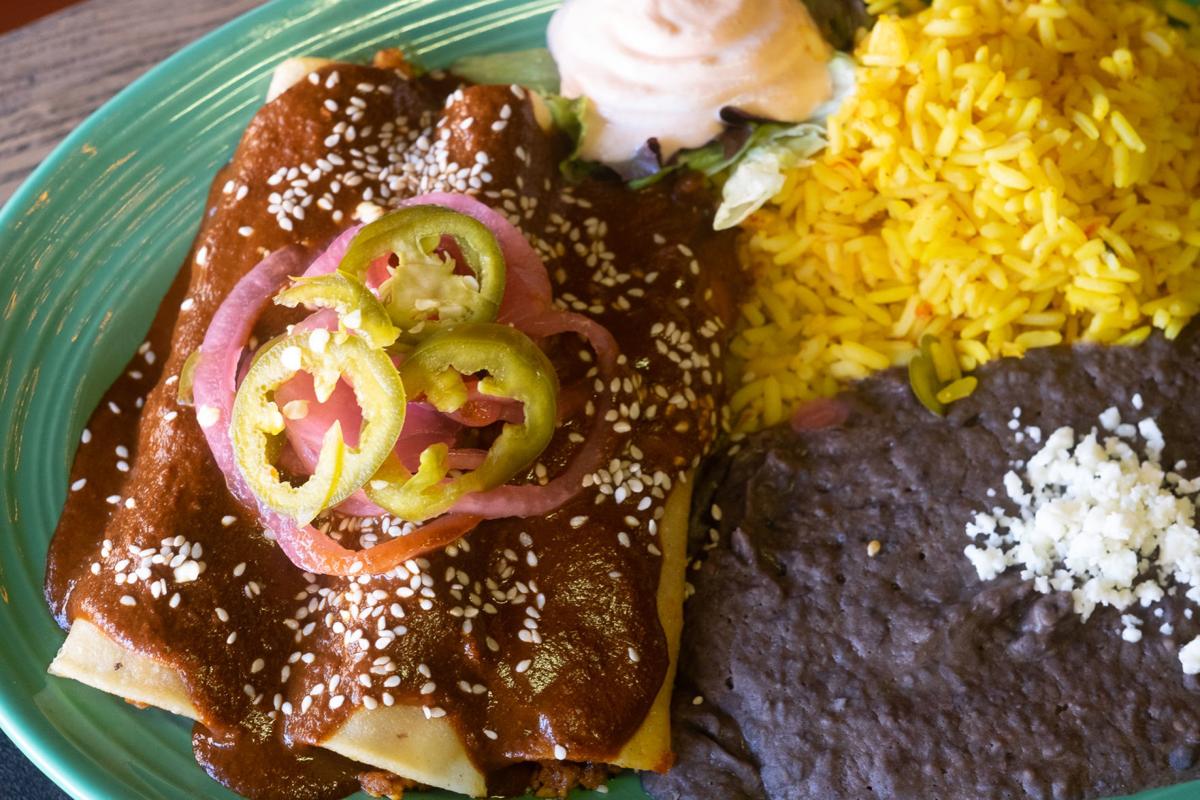 Molé negra enchilada, with authentic Mexican molé. Executive Chef Jeremiah Bowen traveled to Mexico to learn how to properly make it from the masters. 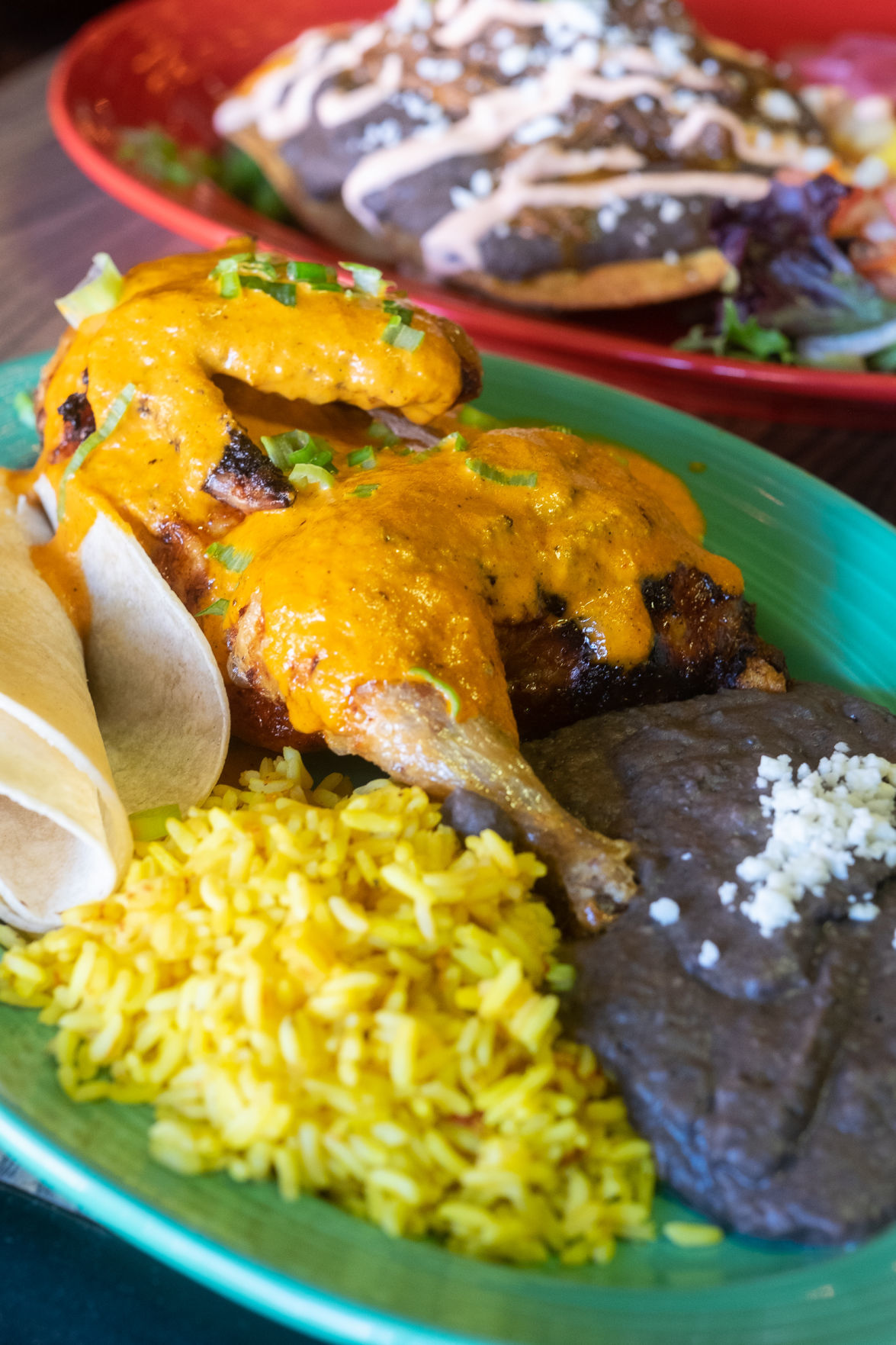 Molé negra enchilada, with authentic Mexican molé. Executive Chef Jeremiah Bowen traveled to Mexico to learn how to properly make it from the masters.

In the first significant revamp of its Charleston location’s more than five-year history, Black Sheep Burrito and Brews at the Brewery just launched a colorful amped-up menu offering several new dishes and removing a couple of longtime options as well.

But you can step back from the ledge now.

I sat down with restaurant manager Kevin Madison the day after the new menu debuted to walk through all the changes, and I think you’re going to be pretty pleased. Only a few things are gone, with many more taking their place.

First, what will you miss?

Black Sheep’s brisket and bulgogi burritos are gone, but you can still order both of those meats in tacos. The smoked trout and beet tacos are history, as is the black bean-corn salsa and chipotle sweet potato salad, a side dish I always thought sounded a lot better than it tasted anyway.

So what’s new? A lot, including a “big reveal” at the end.

But perhaps the biggest menu change, however, is the addition of five new full entrees featuring some pretty imaginative options — including two back by popular demand from this past year’s Charleston Restaurant Week.

Those two dishes are the Peruvian piri piri roasted and glazed sweet-and-spicy half chicken, plus a brined and grilled flat iron steak topped with chimichurri, both plates served with Arroz Armarillo yellow rice, black bean puree and fresh tortillas.

Rounding out the new entrees may very well be the best of the bunch. The piece de resistance. Your new reason for being. But we’ll get to that in a minute.

The new items launched last Thursday were not only part of a pretty substantial menu change, but also the restaurant’s first. (Their Huntington location at Pullman Square debuted the same new menu two weeks ago.)

“We opened in Charleston shortly after the water crisis in 2014 and this is our first menu overhaul since then,” Madison said.

“It was a struggle to discontinue certain favorites,” Executive Chef Jeremiah Bowen added, “but evolution keeps you going.”

It’s that evolution that spurred them to take on the scary task of redoing an original menu that was still beloved by guests after all these years.

As Madison puts it, you have to “keep things fresh” in the restaurant business and they just felt it was time to offer more diverse options than mostly tacos and burritos. The new entrees, sandwiches and wings served now are already proving to be pretty popular.

“We sold over a dozen of the new enchiladas the first day we offered them,” Madison said, “and that was on an unusually slow weeknight.”

And while I haven’t reviewed the new food yet, I did get a sneak peek (OK, taste) of the sauce on those enchiladas, which excited me beyond belief.

Reason being? It’s a Mexican molé. Like a real-deal, authentic, luscious molé.

For those who are unfamiliar, molé (pronounced mo-lay — like olé, with an m) is a traditional sauce used in Mexican cuisine that is made from a lengthy list of diverse ingredients you’d probably never expect to see go into the same pot.

Most recipes call for upward of two dozen different ingredients added over the course of an afternoon in the kitchen. A broth is brought to life with a variety of Mexican chiles (guajillo, ancho, chipotle, mulato, pasilla) along with tomatoes, tomatillos, onion, garlic, salt and pepper.

And after all of those ingredients dance around the pot all day, they’re then blended into a smooth, creamy, almost silky dark red/brown sauce that explodes with flavor.

That may not sound like an earth-shattering plate to you, but molé is one of the great sauces of the world — right up there with hollandaise, bearnaise, bechamel, bordelaise, velouté — and is not to be missed.

Tasting it in Mexico is pretty much a life-changing experience and I’ve been on a decades-long search to find the real-deal closer to home. Sad to say, pretty much all the wannabes I’ve tasted in restaurants around the region (that is, when you can even find it on a menu) are pretty sad substitutes. I’ve also tried to make it at home myself, but with mixed results.

As Madison was describing the restaurant’s attempt, I was Mr. Skeptical.

“I don’t know,” I resisted. “It’s such an incredible sauce, but it’s so hard to get right.”

As I kept shaking my head, he said: “Be right back.”

He returned with a ramekin of richly colored liquid gold that sure looked and smelled like authentic molé. I took one tentative taste — then pretty much drank the rest like a shot.

THIS IS IT! This is real Mexican molé.

As I struggled to maintain my composure, Madison explained that when Bowen wanted to put molé on the menu, he knew he couldn’t fake it. So he traveled to the source in Mexico to learn how to make it from the masters in kitchens there.

“He got back from Mexico and sent me this crazy list of ingredients to start buying for the new menu,” Madison recalled. “I was like, ‘Why do we need all this stuff?’”

Now he gets it. “It’s just this very complex blend of flavors.”

That, it is. I’m over the moon to finally have this authentic Mexican sauce in town and encourage everyone to give it a shot.

Be warned, though, it’s unique taste is not for everyone. If you dig in expecting a traditional Mexican red sauce, your taste buds are in for quite an awakening.

The new Black Sheep Buritto & Brews menu is colorful and vibrant -- like the menu itself, says The Food Guy.