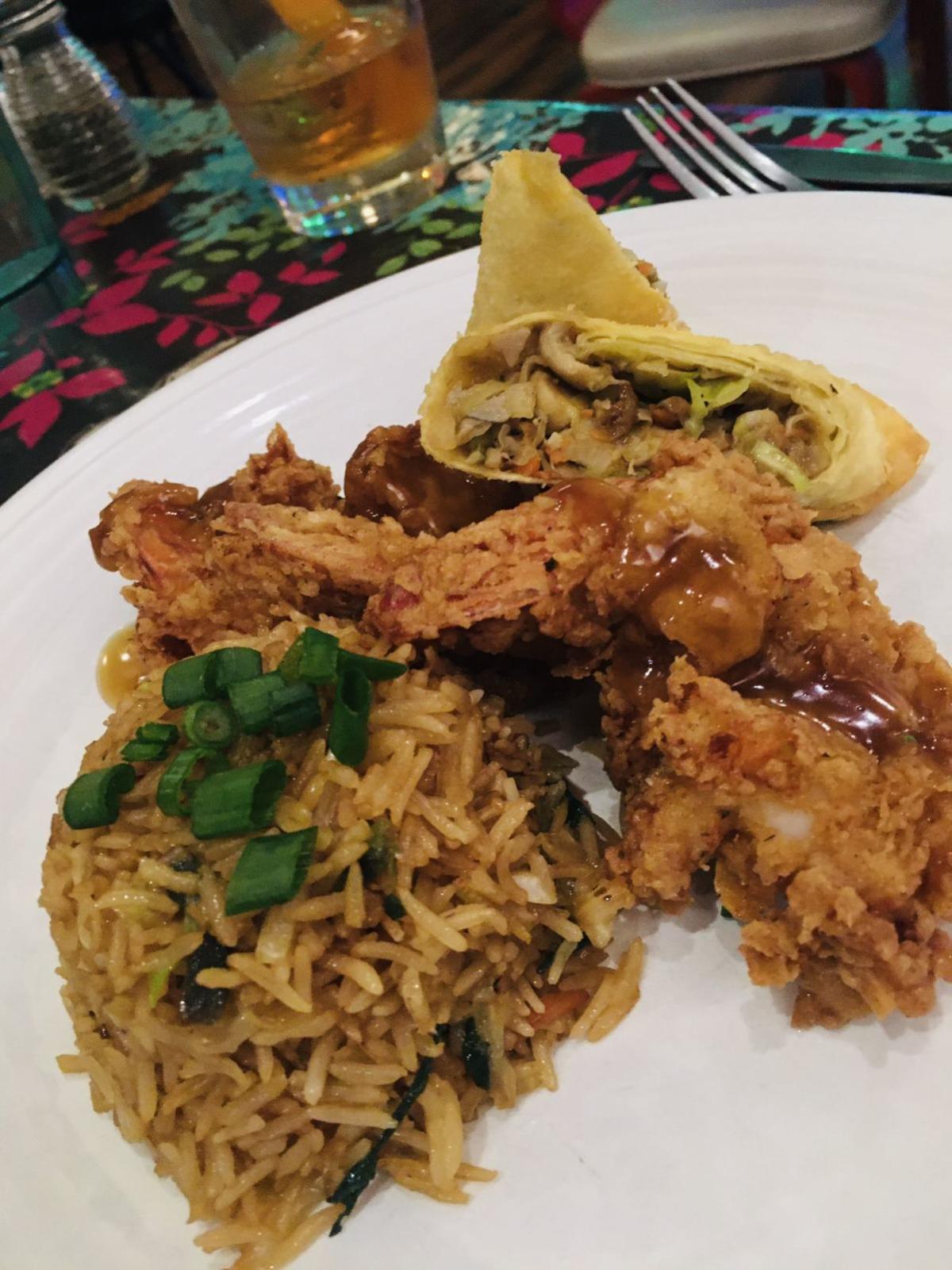 The Food Guy says the ramp fried rice dish he had at Bluegrass Kitchen on Monday is already a serious contender for best dish of Charleston’s Restaurant Week. 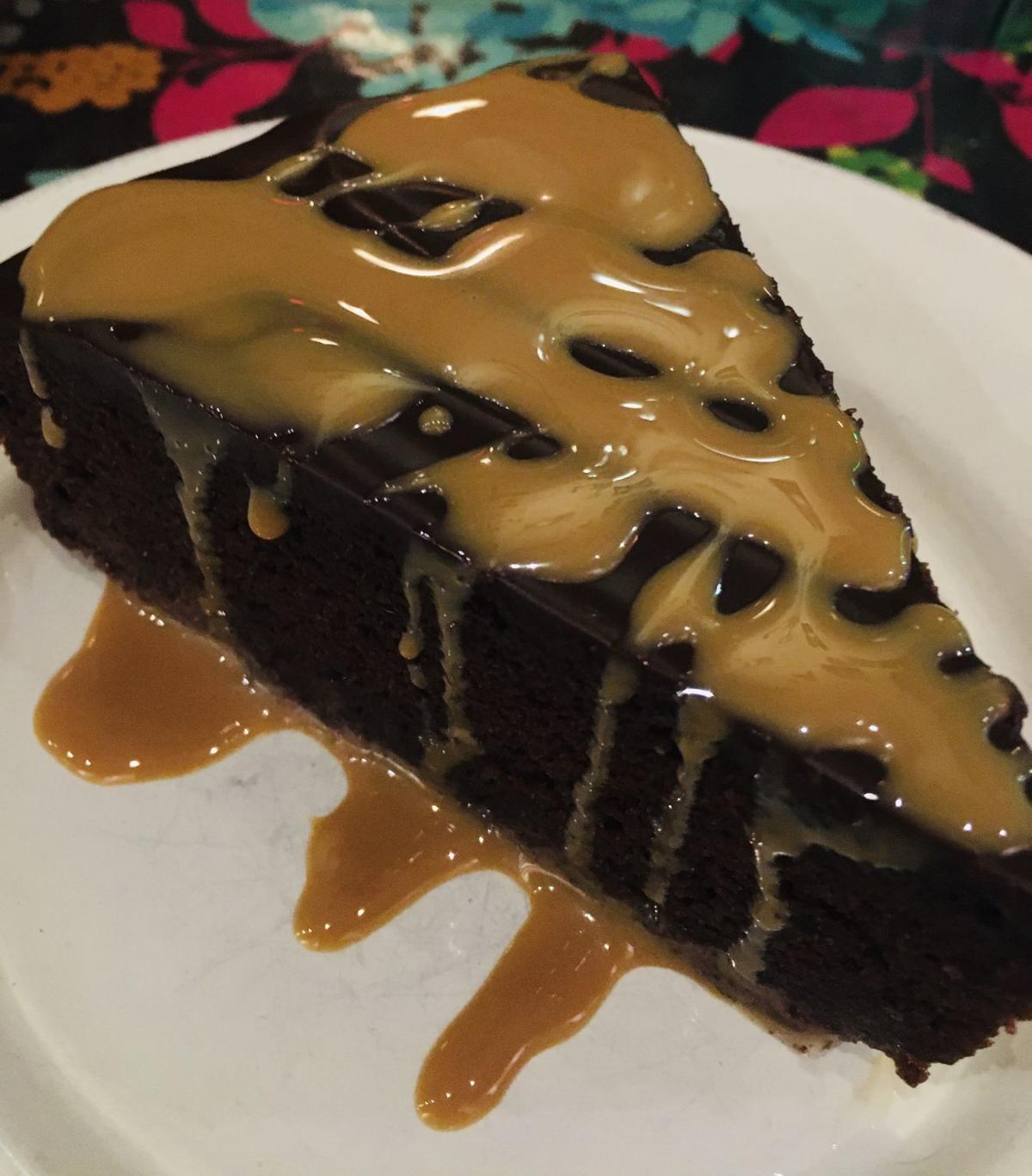 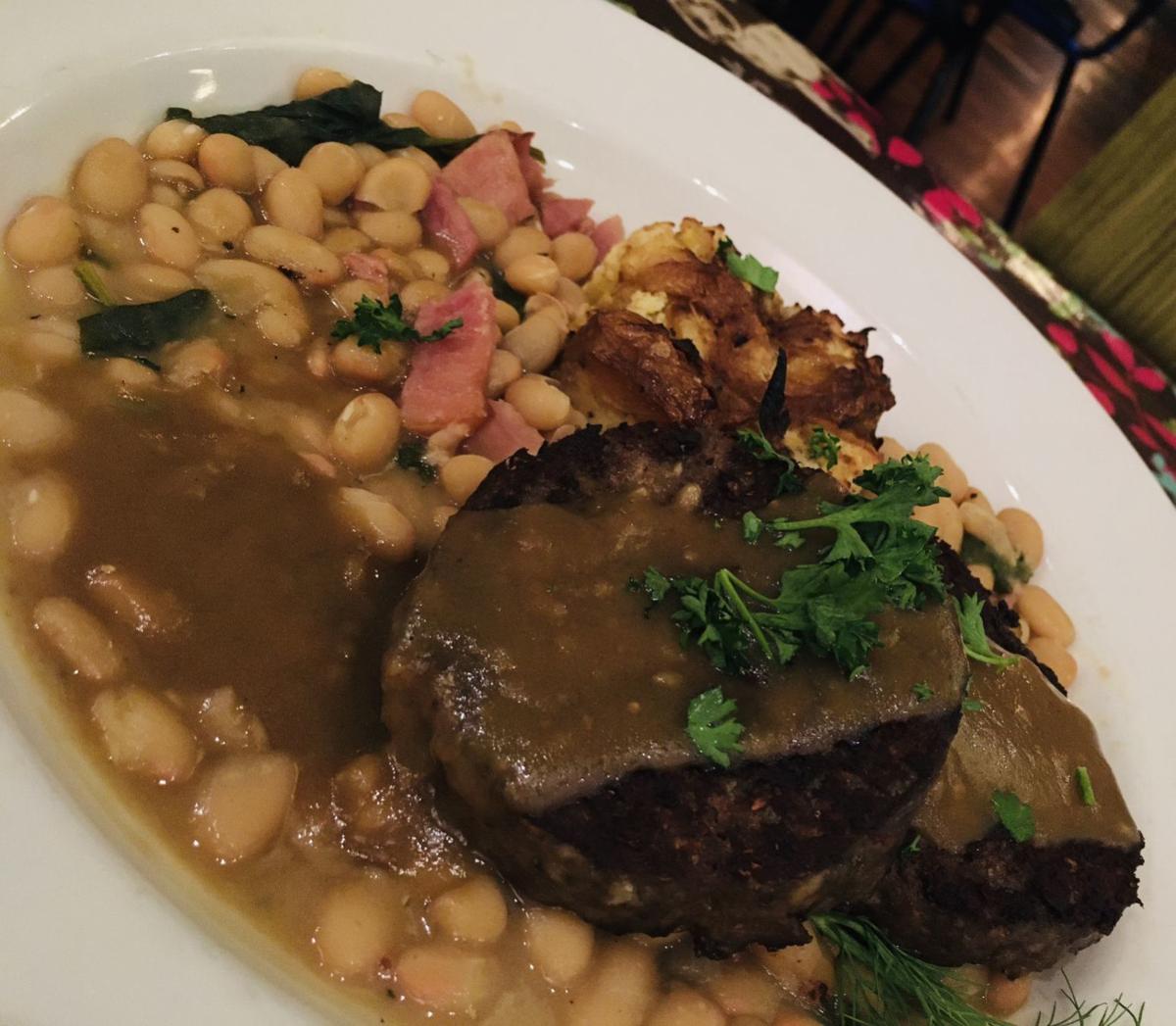 The Food Guy says the ramp fried rice dish he had at Bluegrass Kitchen on Monday is already a serious contender for best dish of Charleston’s Restaurant Week.

Just when you thought Christmas was over, clear those vocal cords and queue the music ... “It’s the mooost wonderful tiiime of the yeeear!”

Charleston Restaurant Week is in full force, with fabulous photos filling my social feeds and two marvelous meals already under my loosened belt. I kicked off the week with a stellar visit to Bluegrass Kitchen Monday night, where the East End restaurant surprised guests by offering a third special menu this week.

I was already torn between which of the two advertised options to select, so throwing a third into the mix left me no choice but to order two complete meals. All to myself. Two apps, two entrees, two desserts. Mine, mine, all mine.

Now that’s how you do Restaurant Week!

But since most (normal) people are perfectly content eating just one three-course meal, here are the dishes I’d recommend should you make your way to Bluegrass.

The smoked and salt-roasted kohlrabi in an aged cheddar sauce topped with a buttery breadcrumb crust reminds you of a creamy mac-and-cheese-like dish and was a great start to my meal. The moist clementine olive oil cake with cherry curd whipped cream was the perfect ending.

In between those two courses, though, was the real revelation.

While I enjoyed the plate of house-made venison sausage patties atop onion bread pudding and heirloom stewed beans with red eye gravy, it was the ramp fried rice dish that blew me away. Featuring large chicken-fried shrimp, a savory Hernshaw Farms mushroom eggroll and a mound of ramp fried rice drizzled with whiskey barrel-aged soy sauce gravy, it was easily the best bite of the night — and may end up holding that title for the entire week.

It will be difficult to top that dish, but I’ve got four more reservations that may give Bluegrass a run for its money. I’m hoping to enjoy equally fine food at Sam’s Uptown Café, Ristorante Abruzzi, Lookout Bar & Grill and Berry Hills Country Club throughout the rest of this week.

But that still leaves so many others I won’t make it to, so that’s where you come in. Please share your favorite Restaurant Week locations, dishes, experiences and photos this week, so I can spread the word to others as well.

In case you missed the news last week, the city of South Charleston is also shining a spotlight on its local eateries during a similar “restaurant week” promotion that runs through Saturday night.

After the event was unveiled last week, Happy Days Cafe at 600 D St. announced it would take part as well, raising the number of participating restaurants to nine.

For complete menus in effect during the Savor South Charleston promotion, check out last week’s column at www.bit.ly/2REhP8K.

Speaking of South Charleston eats, if you’ve heard rumors about Lem’s Meat Varnish going out of business, the maker of the awesome rubs and sauces — and chef/owner of the former restaurant of the same name near the mound in South Charleston — wants you to know otherwise.

Notice I did say former restaurant, though.

“Just to clear up some questions about what’s going on with Lem’s Meat Varnish on D Street, I did NOT sell my business,” Chris Lemon recently told his Facebook followers. “I sold all of my equipment in the shop and let the shop go. I didn’t sell the Lem’s Meat Varnish name or my sauce business or any of that.”

He hopes this move will help him fulfill a goal of expanding his sauce and rub business even further — and I have noticed more of his products on the shelves at local Kroger stores of late.

Chris went on to explain that he’s still doing some private caterings, is still “slinging sauce” and has three new rubs coming out. He’s thinking about getting into the pickle business, too.

“I have huge plans for Lem’s Meat Varnish this year,” he said. “I built this company from the ground up and have zero intentions on ever closing it down.”

That’s great to hear, for sure. But as someone who fell in love with the most incredible brisket served at his small South Charleston shop, I have to know how I can get my fix of it soon.

Rounding out our South Charleston restaurant roundup, I teased last week that the Sokolata European bakery and café may be moving into larger digs in the recently closed Schlotzky’s building a few doors down MacCorkle Avenue in Spring Hill.

That news is now confirmed, with owner Manoli Stavrulakis saying Sokolata will transfer to the new location sometime in mid-February, when it will reopen with an expanded menu, drive-through service and more parking.

Steven Keith writes a weekly food column for the Charleston Gazette-Mail. He can be reached at 304-380-6096 or by email at