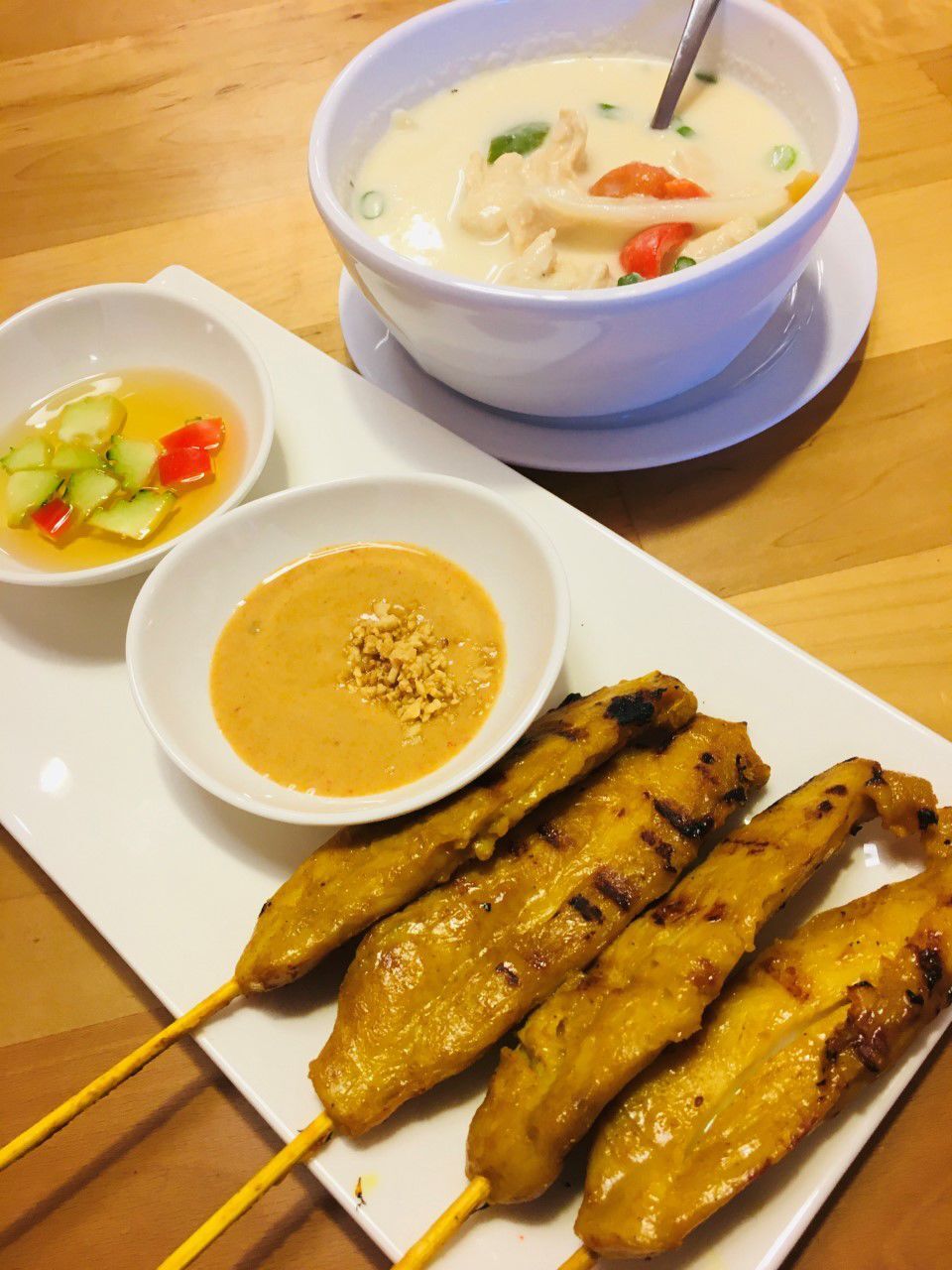 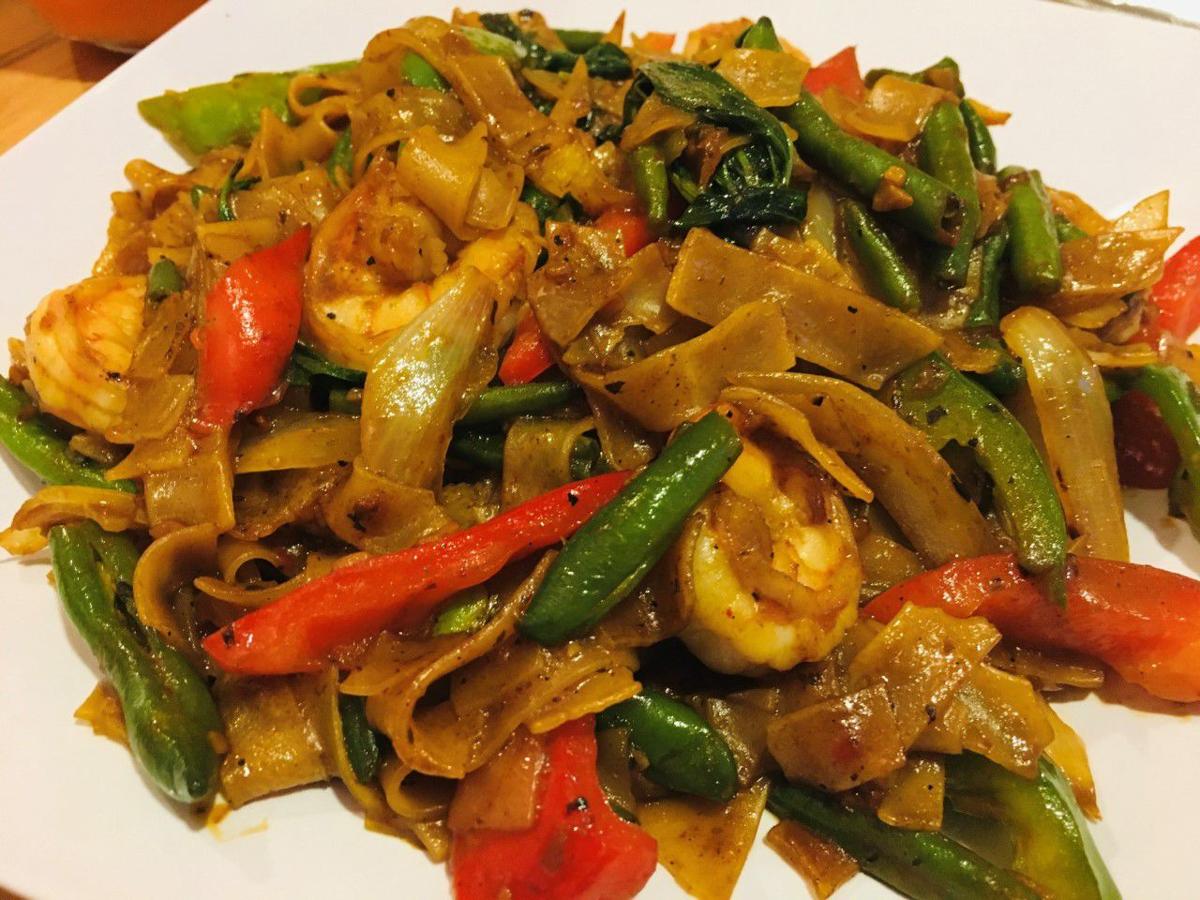 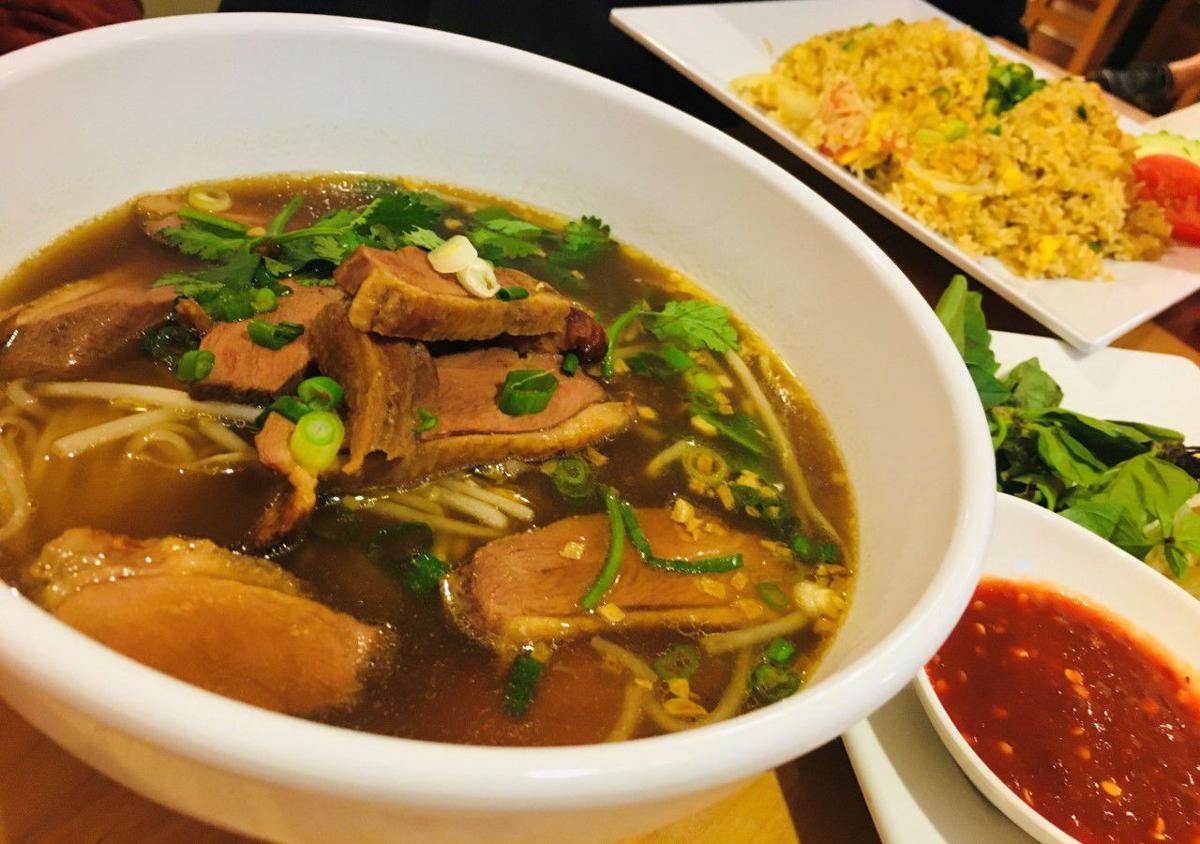 Duck Noodle Soup with Crab-Fried Rice at Elephant Thai, located at the Mound in South Charleston. 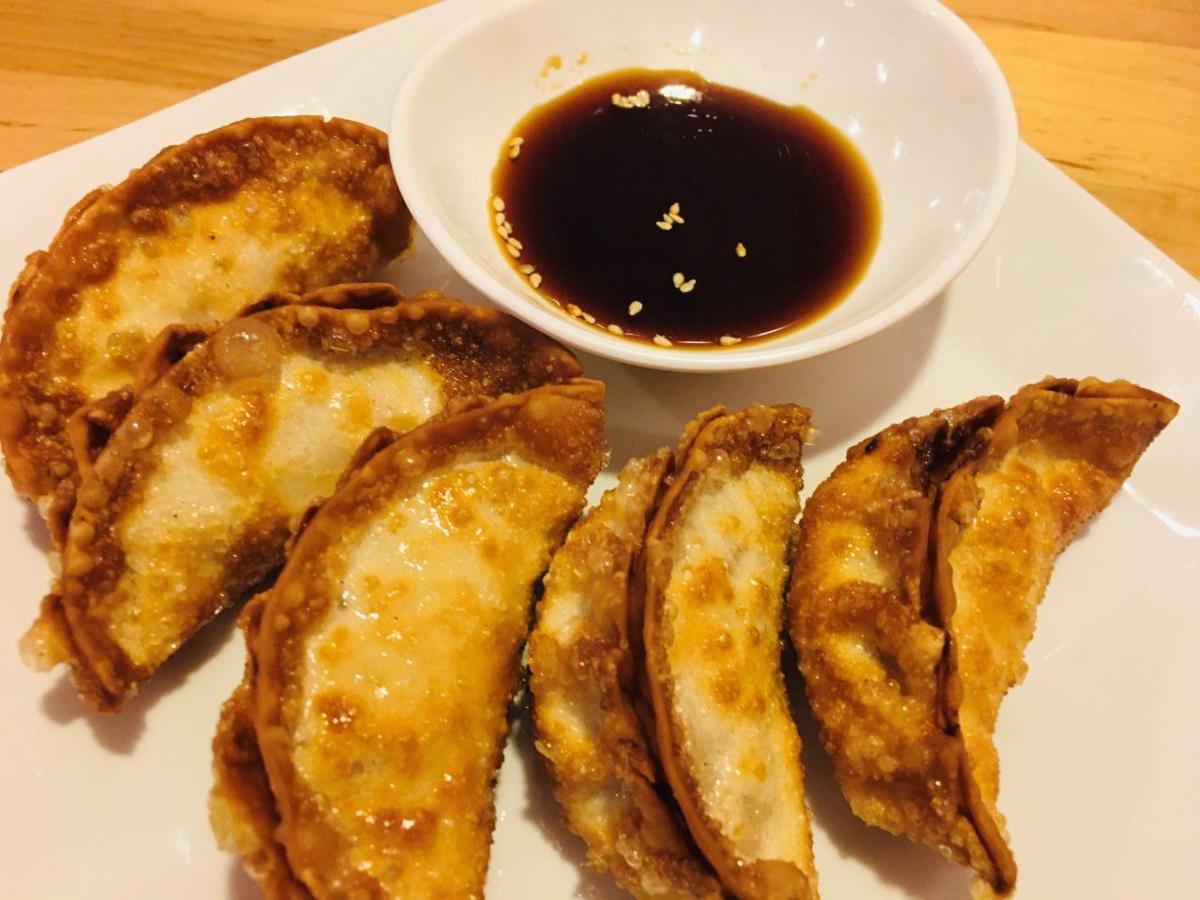 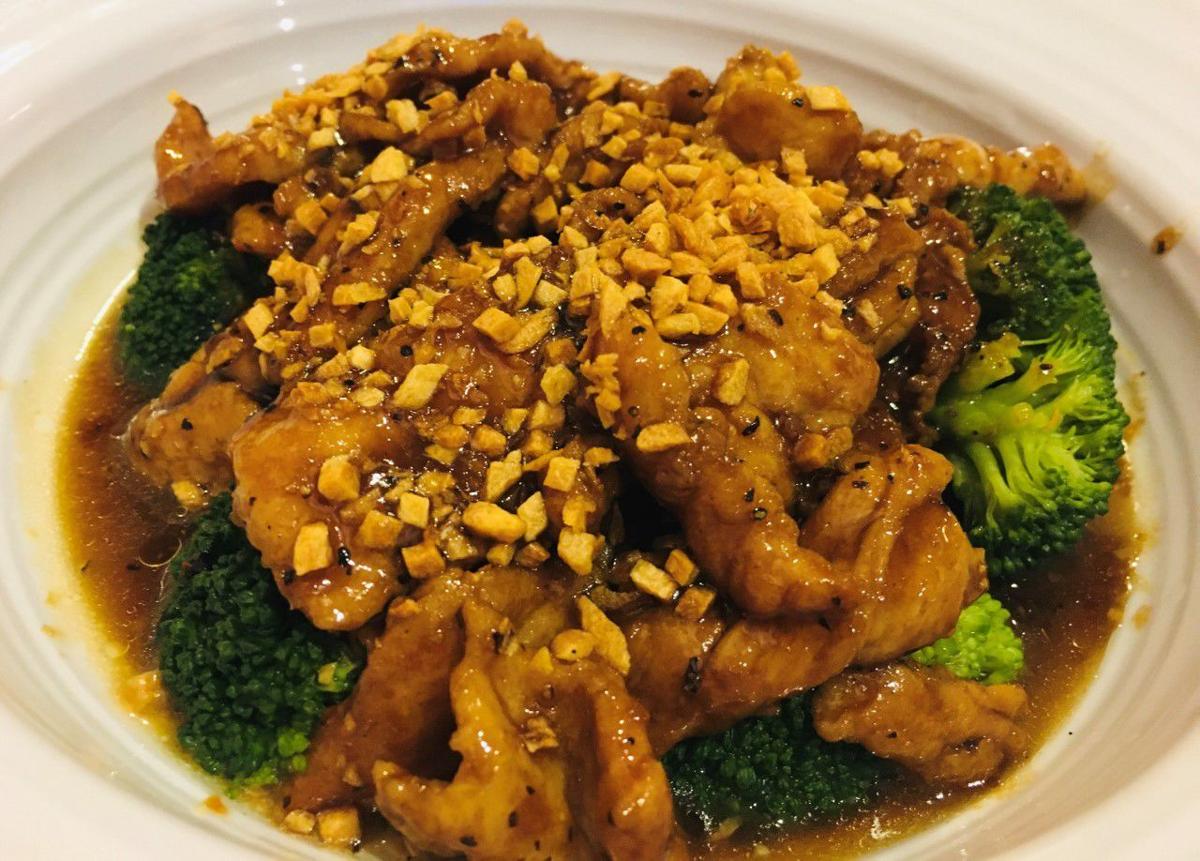 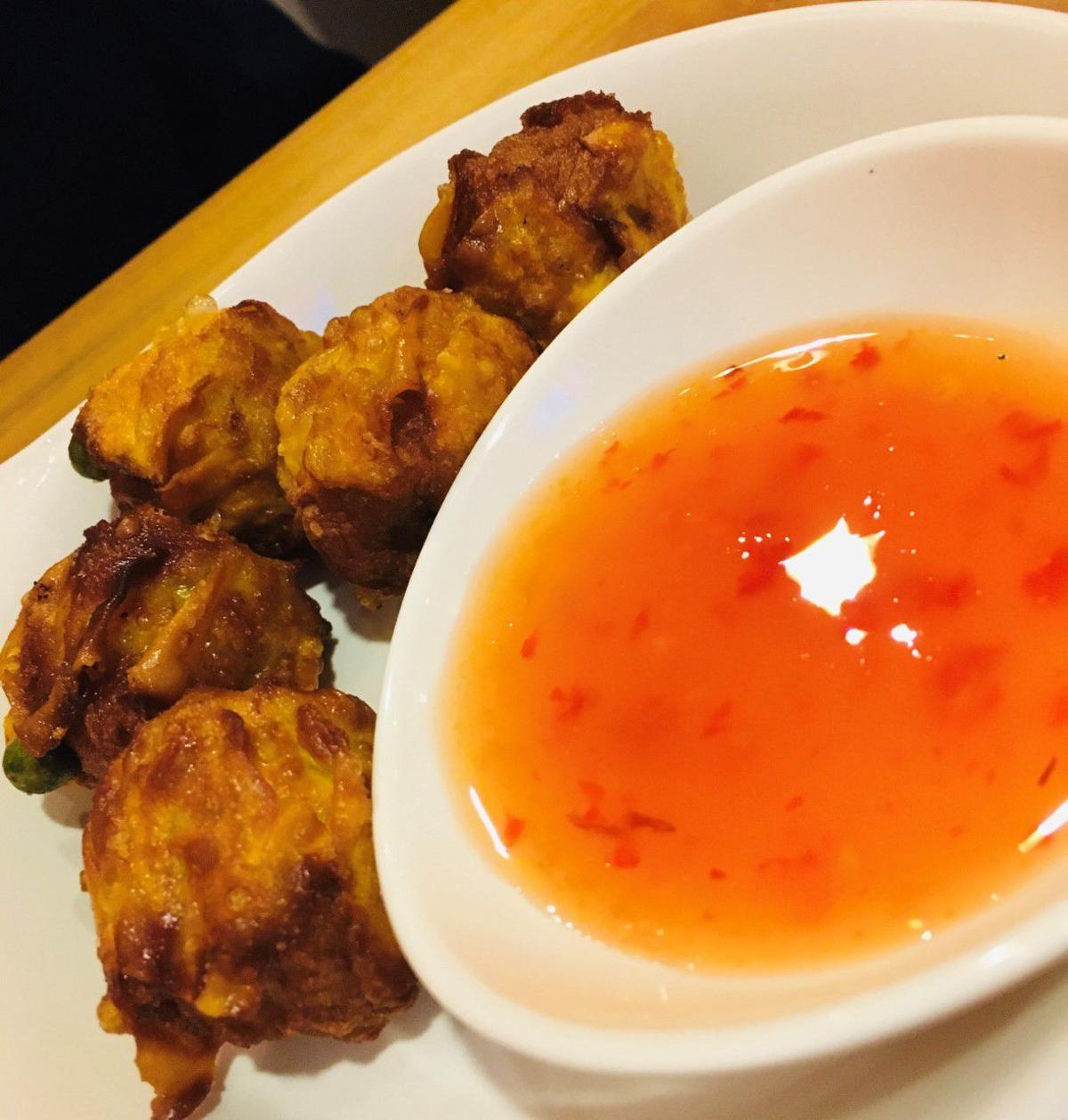 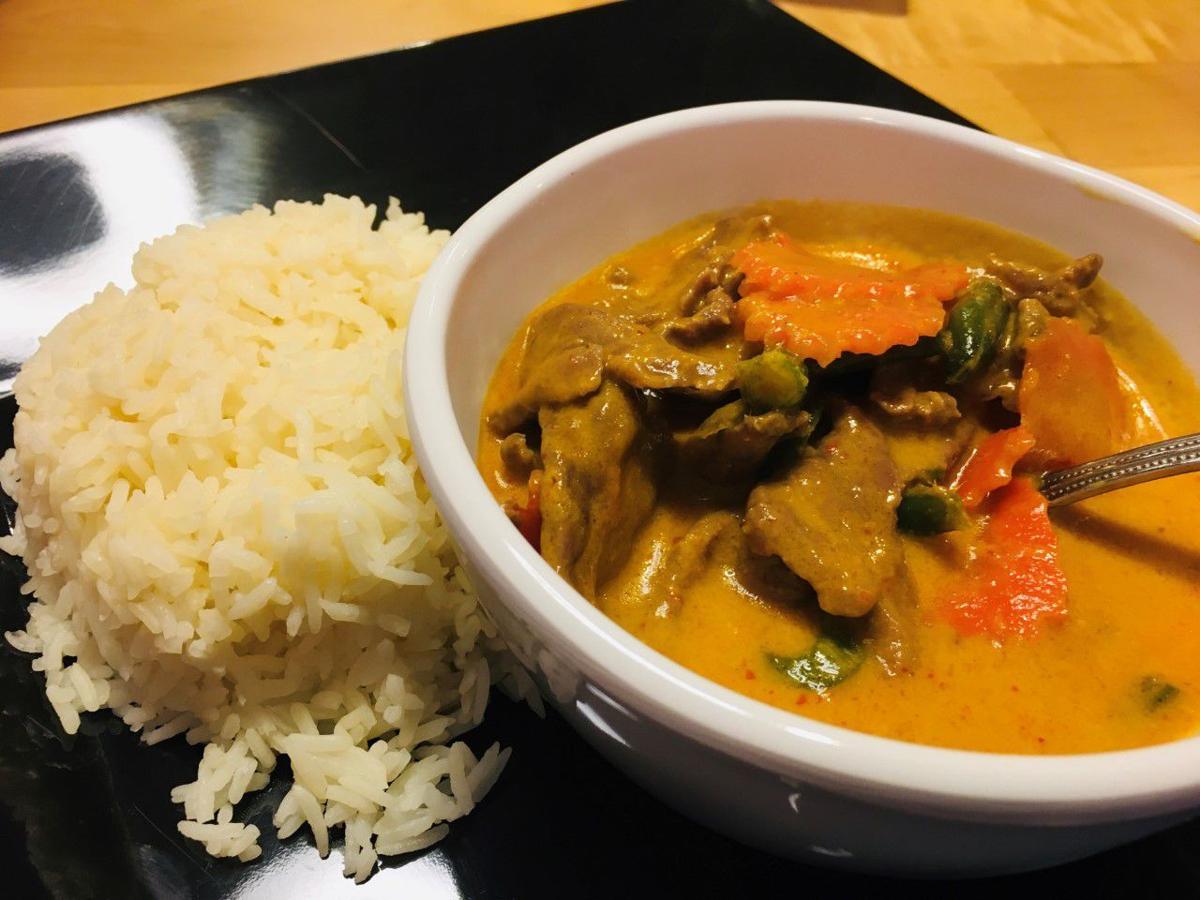 Duck Noodle Soup with Crab-Fried Rice at Elephant Thai, located at the Mound in South Charleston.

I’m here to tell you about a really good new restaurant in town. But then I’m going to tell you not to go to it.

At least maybe not yet, unless you go off hours or are willing to wait awhile during busy times.

The place is Elephant Thai at the Mound in South Charleston, which recently opened in the nice storefront spot where Grano used to be. The menu is large and diverse. The food ranges from good to great. The owners are really friendly and you can genuinely tell they want to offer customers a good experience.

Unfortunately, the restaurant’s popularity means its customer base has grown much faster than they’ve been able to keep pace. A one-person wait staff recently increased to two — and they’re trying to hire more people — but their current crew simply isn’t enough to offer consistent, timely service during peak restaurant hours.

And while I’ve been one of few people there during a couple of mid-afternoon stops, lunch and dinner times can get really busy. During my first visit for dinner (admittedly on a crowded Saturday night), we waited nearly 30 minutes just for water and an hour for the first appetizers.

It’s not that they didn’t care, they just simply couldn’t go any faster.

The food, however, is mostly worth the wait. Run by a mother-daughter team, I’m told Elephant Thai has ties to the fantastic Thai Valley Kitchen in Teays Valley, an awesome place I’ve raved about many times in recent years.

Makes sense, because there are many similarities on the menu and most food is almost as good.

After hearing about that connection, there was no doubt what I’d be trying during my first visit to Elephant Thai. I once wrote that Thai Valley’s Panang Curry was so good I wanted to drink it from the bowl, and I nearly did that here as well.

That thick, rich and medium-spiced curry flecked with bell pepper, green beans and carrots is served with a mound of delicious jasmine rice, but you really don’t need it. The deep golden-orange sauce is amazing on its own and might as well be called “liquid gold.”

I’ve enjoyed a deliciously tart bowl of Tom Kha soup with coconut milk, mushroom, pepper, onion and tomato, plus a traditional green curry with eggplant, bamboo shoots and Thai basil that isn’t quite as fiery as most green curries — although you can ask them to dial up or down the heat.

I really liked my mother-in-law’s Fried Pork with Garlic, which was more like a traditional Chinese stir-fry than a Thai dish, but was delicious nonetheless. The tangy sliced pork was tender, moist, perfectly cooked, and deliciously seasoned and sauced. No complaints from me, although some thought the broccoli served with it could’ve been cooked a bit longer to soften up.

We also sampled their popular Drunken Noodles, which are thankfully less salty than the same dish I’ve had elsewhere, but they didn’t overly wow me in the flavor department. Not bad, just not exceptional.

In addition to soups and entrees, we’ve been impressed by a handful of appetizers, including delectably savory fried dumplings and moist, tender and exquisitely grilled chicken satay skewers that we loved dunking into a creamy Thai peanut garlic sauce and a crisp cucumber vinaigrette sauce, both of which I’d pour over darn near anything.

I’ve heard the Cashew Nut is a popular stir-fry dish too — your choice of meat with peppers, onions, carrots and cashews — so that’s next on my list. People also rave about the Pad Thai, but I’ll pass. It’s a noodle-heavy, flavor-light dish at every Thai restaurant I’ve visited and I’ve just never understood why people love it so much. (There are so many other more flavorful Thai dishes to try.)

Despite the occasional waits, there are many things to like about this place, which is why Elephant Thai has gained an army of loyal fans even though it’s only been open about a month. I am one of them.

But until they’re able to hire more staff to handle all those fans, you may want to check it out between meals or just don’t be in a hurry if you pop in during peak meal times.

Outside of that, though, I think you’re really going to like this new spot. And you’re going to lose it over their amazing Panang Curry!

While one new restaurant is opening, though, sadly another has closed.

A longtime institution on Charleston’s West Side known for great short-order and homestyle fare, The Grill is calling it quits.

In a Facebook post late last week, owner Dave Arthur wrote: “It has been said that all good things must come to an end. The Grill was a good thing. Thanks to our loyal customers who became treasured friends. After 66 years, our doors will not reopen.”

When I first moved to Charleston back in 1991, The Grill quickly became a regular spot to gather for great sandwiches and cold beer with new friends. I enjoyed lots of good food and made so many good memories there through the years.