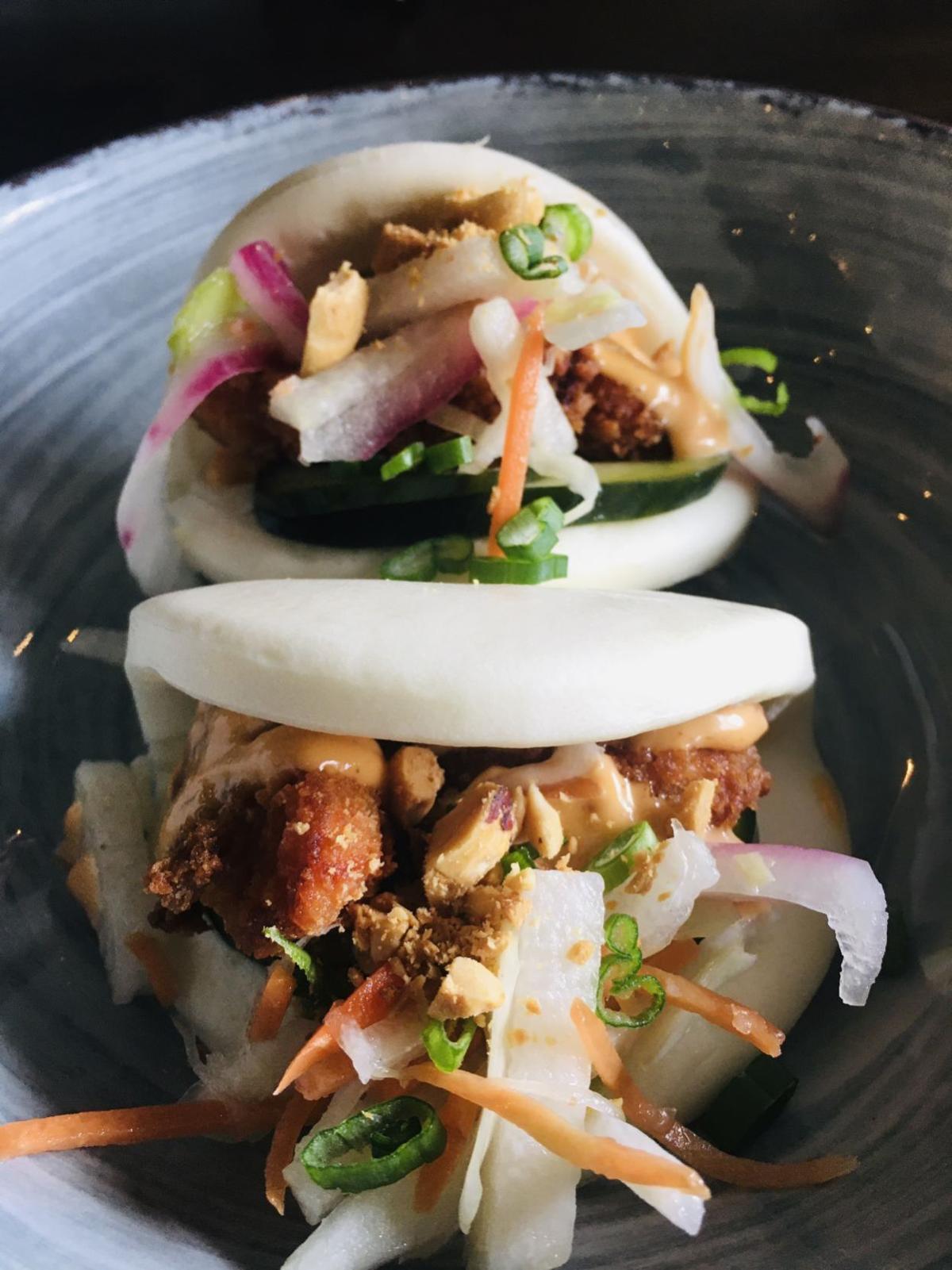 Barkadas bao buns, with your choice of filling. 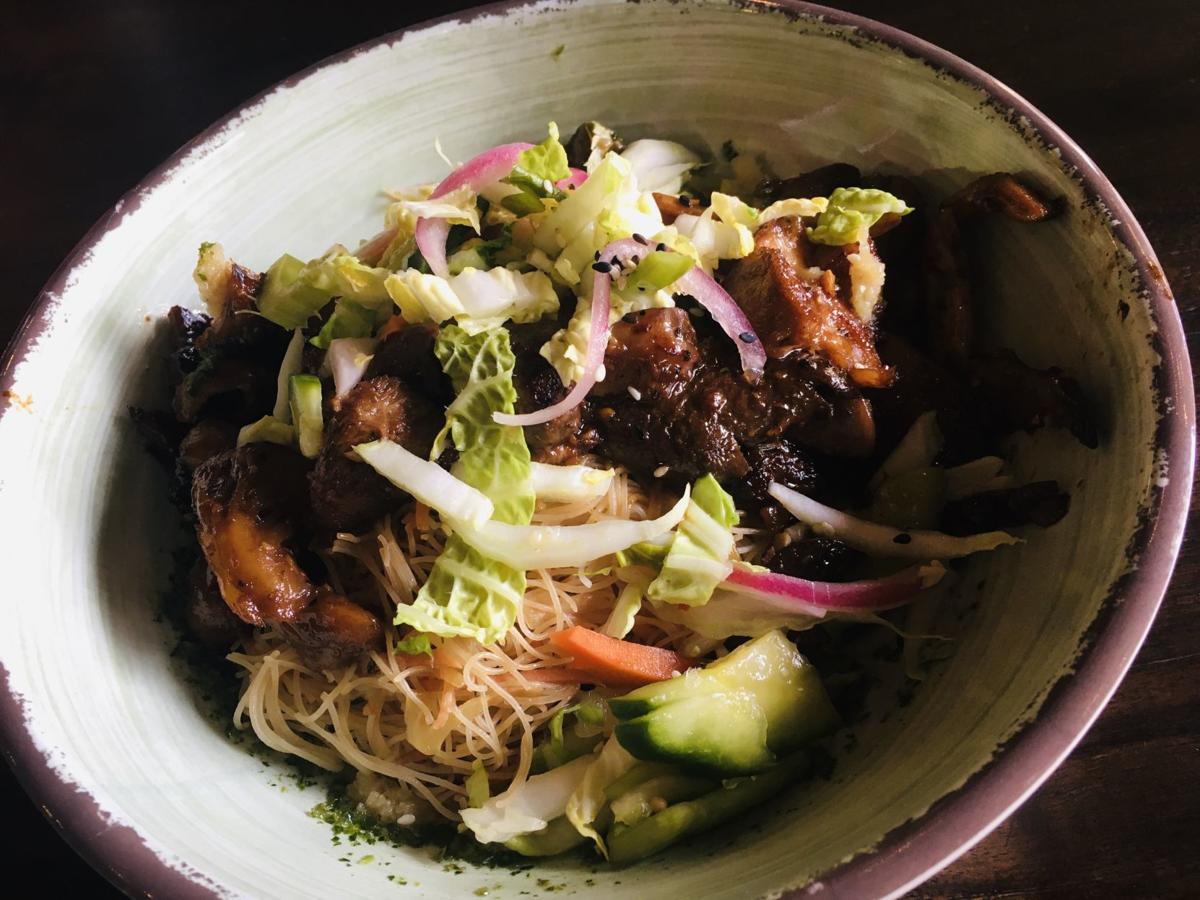 One of The Food Guy’s new favorites: the flavorful Hernshaw Farms mushroom bowl at Barkadas with toasted garlic, sweet soy and sesame over pancit noodles. 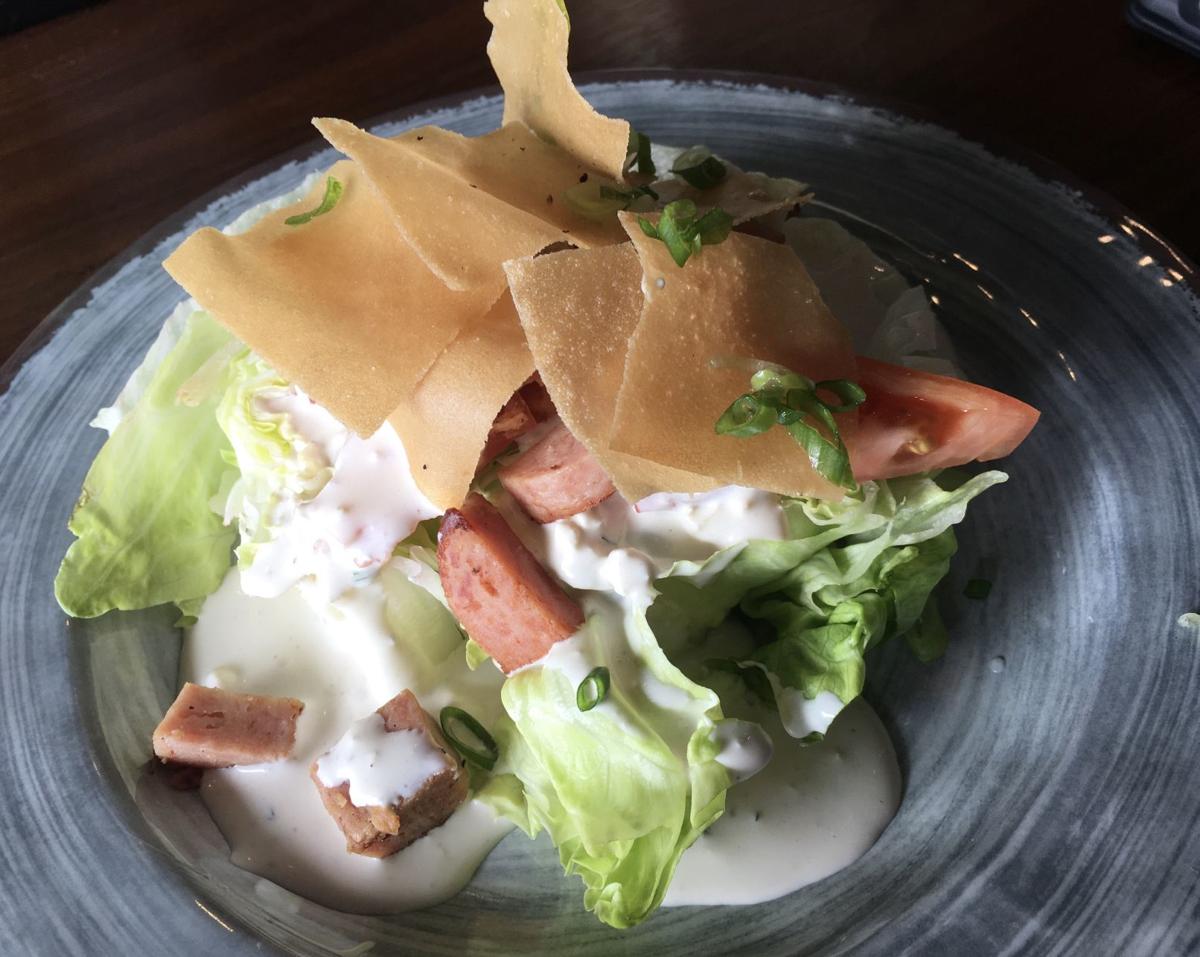 At Barkadas, the Filipino Wedge is a popular twist on an old classic.

Barkadas bao buns, with your choice of filling.

One of The Food Guy’s new favorites: the flavorful Hernshaw Farms mushroom bowl at Barkadas with toasted garlic, sweet soy and sesame over pancit noodles.

At Barkadas, the Filipino Wedge is a popular twist on an old classic.

With some local restaurants reducing takeout hours and others succumbing to temporary closure, it’s starting to get a tad more difficult knowing when and where you can grab good grub to go.

Still, we’re doing our part to help community businesses through this corona-crisis and I pray others are doing the same.

After enjoying a variety of carryout dishes from Noah’s Restaurant & Lounge during the first week of quarantine, we added a few more places to our rotation this past week.

One day we picked up a delicious take-home lunch from Barkadas, the hot new Filipino-inspired bistro at the foot of Fort Hill that had opened just a few weeks before restaurants were forced to close their dining rooms.

So this time around we dug into Fili Cheesesteaks stuffed with Korean-braised beef, roasted peppers and onions, and house-made cheese sauce on toasted Kristi Ann hoagies; a chicken karaage bowl with pickled veggies, sweet chili-lime sauce and scallion-peanut slaw over jasmine rice; and a sesame-seared ahi tuna noodle bowl with sesame-cucumber relish and Napa cabbage slaw.

I really loved being inside the new restaurant’s cool modern dining room, but getting a taste of Barkadas at home was the next best thing.

A few days later, we snagged dinner at Sarah’s Bakery at the top of Bridge Road. In addition to the baked treats and sweets you know and love, Sarah’s also offers a rotating menu of dinner options to-go, including signature pot pies, soups, pastas and an occasional savory Rueben pie that is slap-your-momma good.

We had pre-ordered a family tray of zingy Cajun chicken pasta that we simply took home, doctored up with tomatoes and scallions, and popped in the oven to heat. Both easy and delicious.

For dessert, we indulged on Sarah’s insanely good Mac Daddy cookies, a magical marriage of macadamia nuts, coconut, chocolate and JQ Dickinson salt that mere words cannot do justice. You must. Go try. Them now.

But as good as they were, my favorite part of supporting Sarah’s Bakery came when I asked if I could add a tip to my pickup. That’s when she told me she’s giving all tips collected back to her staff members who are unable to work during this extended shutdown.

Denise Giardina is one of many readers who are also doing their part by ordering frequent takeout meals from local restaurants and then promoting those offerings on social media.

“I have been ordering takeout several days since last week, and taking a picture before I eat, and then posting it on Facebook,” she wrote. “I look at this as a form of advertising to urge people to get takeout from these very important restaurants. So far I have promoted Olive Tree Café, Mi Cocina [before it closed], Leonoro’s, Graziano’s and Karubee’s. All are taking appropriate precautions and I felt safe eating their food. I hope others will support local restaurants and promote them on social media.”

On a related note, Denise reminded me that Leonoro’s was only three years old when the flu pandemic of 1918 hit our area.

If only this drama were just a bad April Fool’s joke.

But it’s most definitely not, which has many of us looking ahead to what happens after this whole mess is over?

One idea I’ve heard from several readers and restaurant owners is coordinating another “Charleston Restaurant Week” type of promotion to jump-start these businesses getting back on their feet.

I know there’s a lot of work involved in making something like that happen — and restaurants have enough to deal with as it is — but it’s not a bad thought.

Outside of an official campaign, I also like reader George Douglas’ idea for putting his own hit-list together.

“At this time, I’m even hesitant to do carryout or drive-thru, but I have decided to have my own personal restaurant week[s] once this is over, concentrating on the locally owned places first,” he told me. “I’m already compiling a mental list to get me through, I just hope they’ll still be there.”

Remember the reader who was looking for a recipe for the original Slim Joey ham sandwich and fried cheese balls he used to love at Joey’s Bar & Grill, in downtown Charleston, before it closed years ago?

Joey’s sister, Karen Samples, came to the rescue with a description and copy of the menu.

A Slim Joey, noted on the menu as one of the restaurant’s favorite offerings, featured shaved ham on a grilled hoagie bun with Swiss cheese, lettuce, tomato and “special sauce” — which Karen divulged was “a homemade version of Thousand Island with a little kick.”

It went on to say the Slim Joey was also great with banana peppers, although that addition would cost you an extra 75 cents.

Those glorious cheese balls, she said, were simply a special order from Sysco. No magic there, but tasty nonetheless.

“I’m happy to provide this information to your readers,” she added. “It’s nice to be remembered and I’ve shared all of this with Joey.”