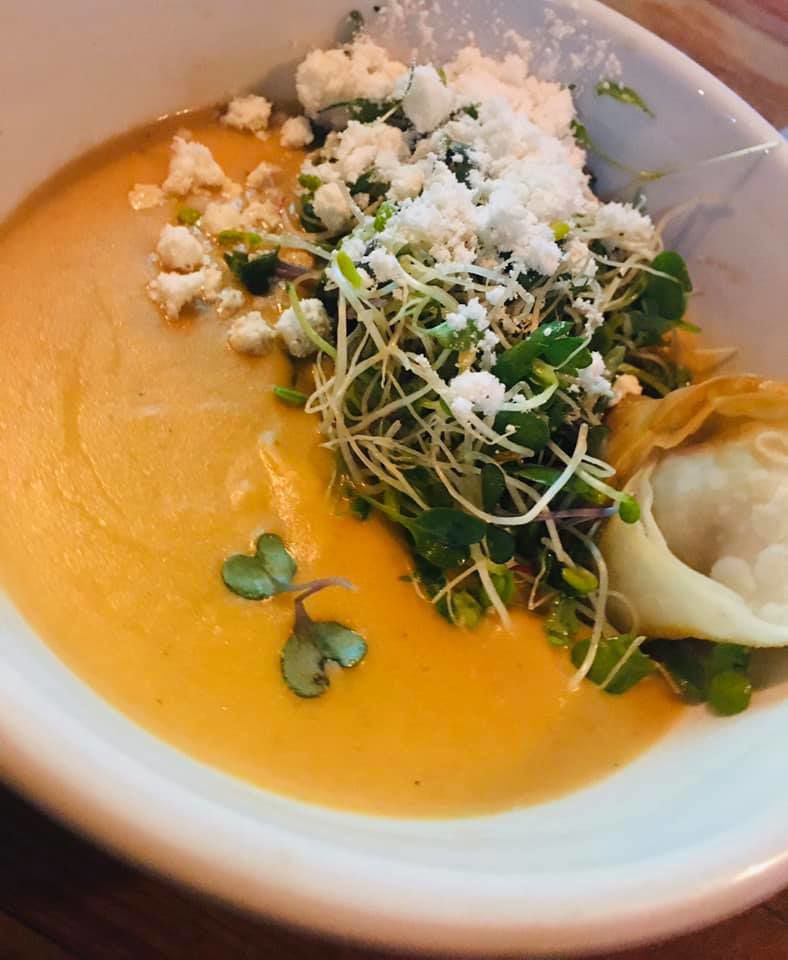 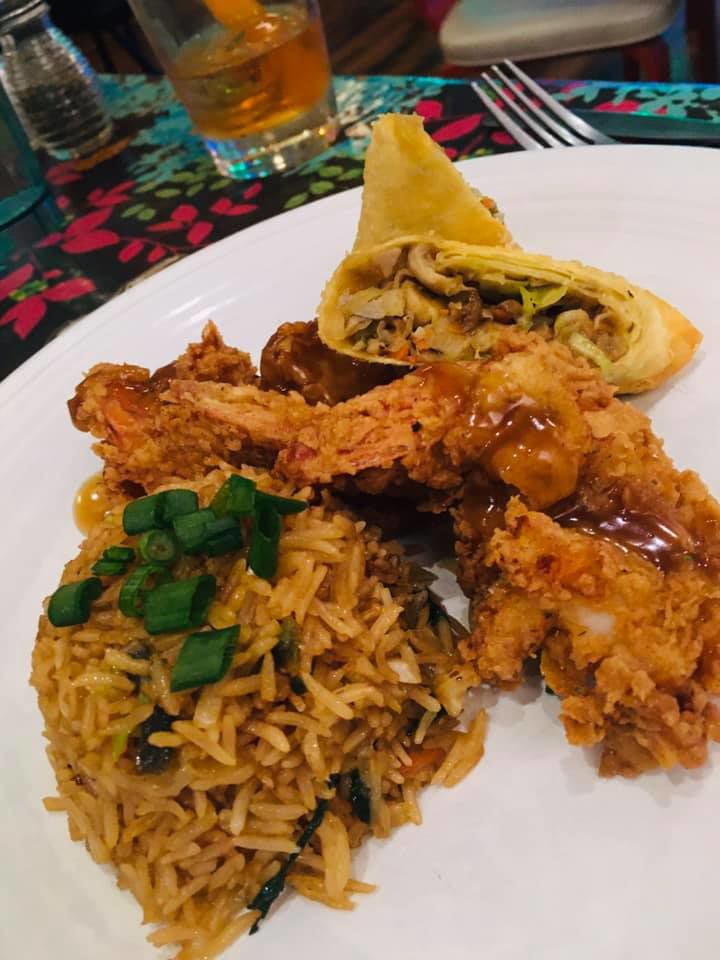 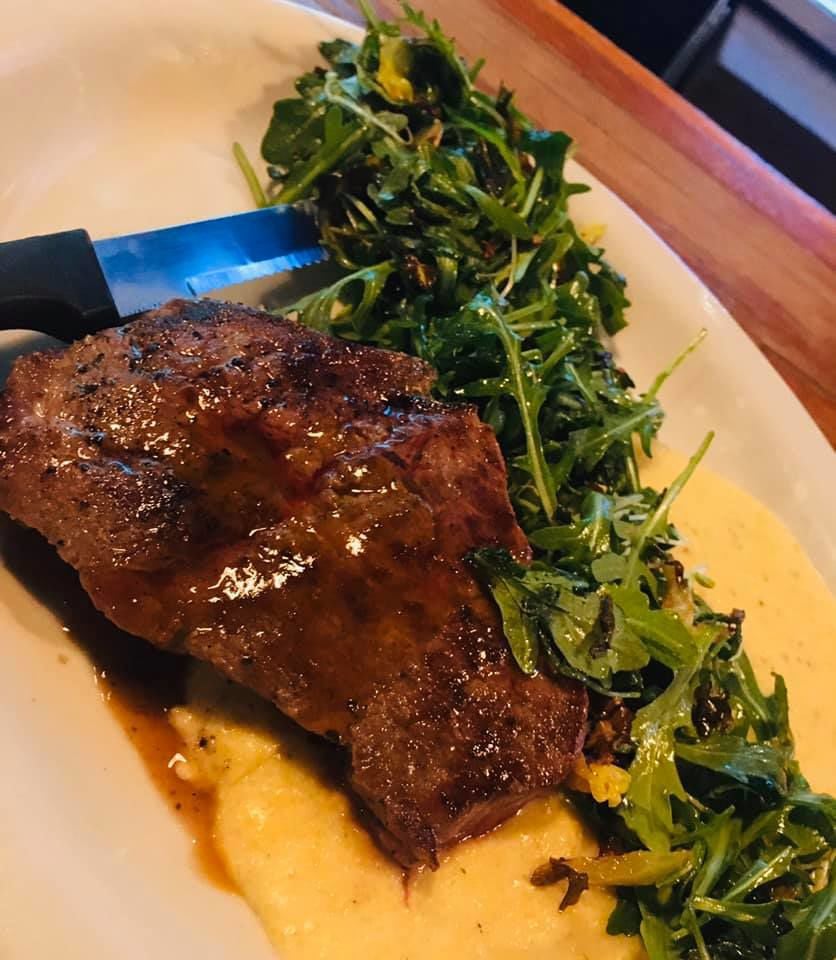 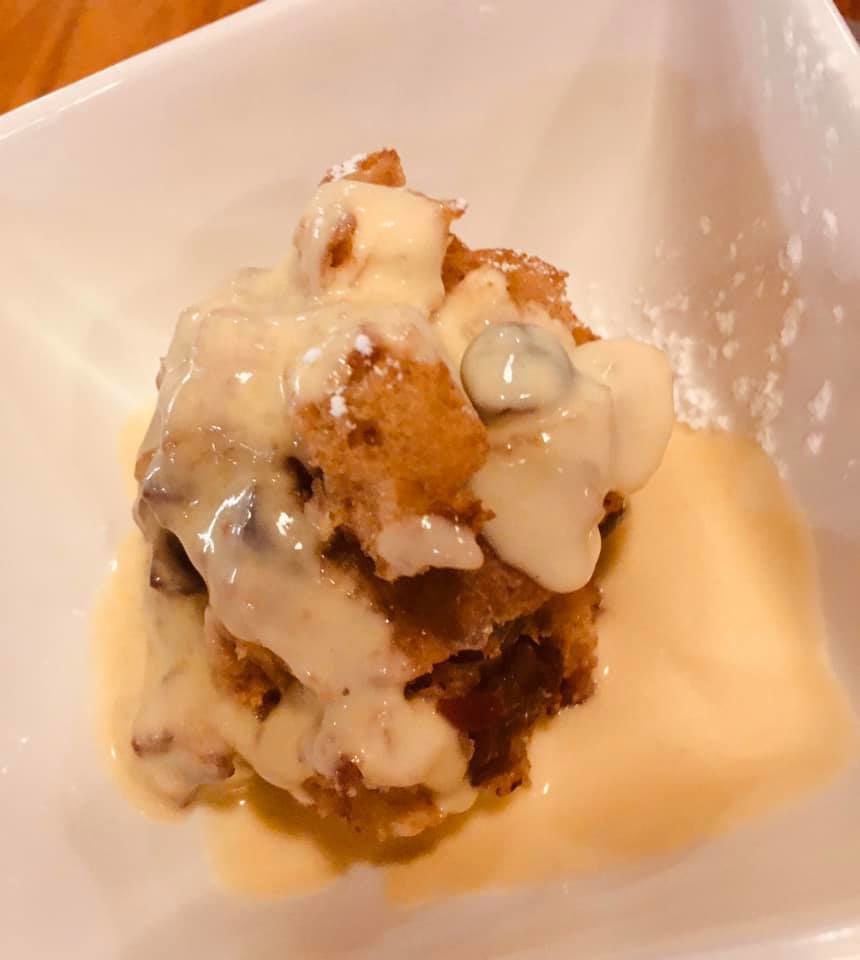 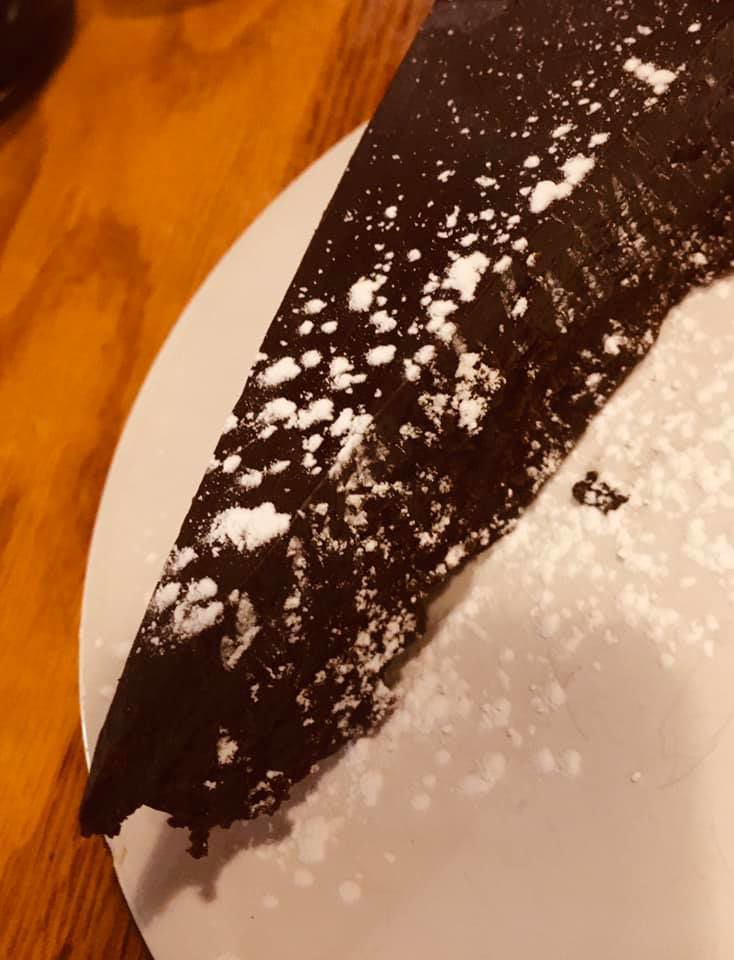 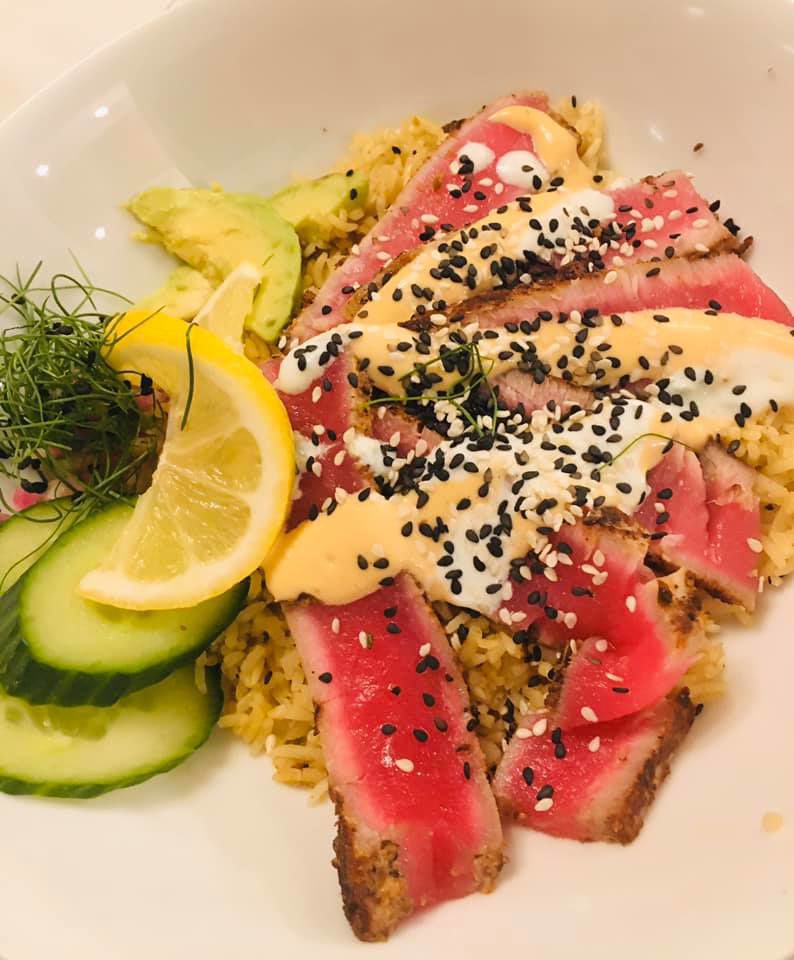 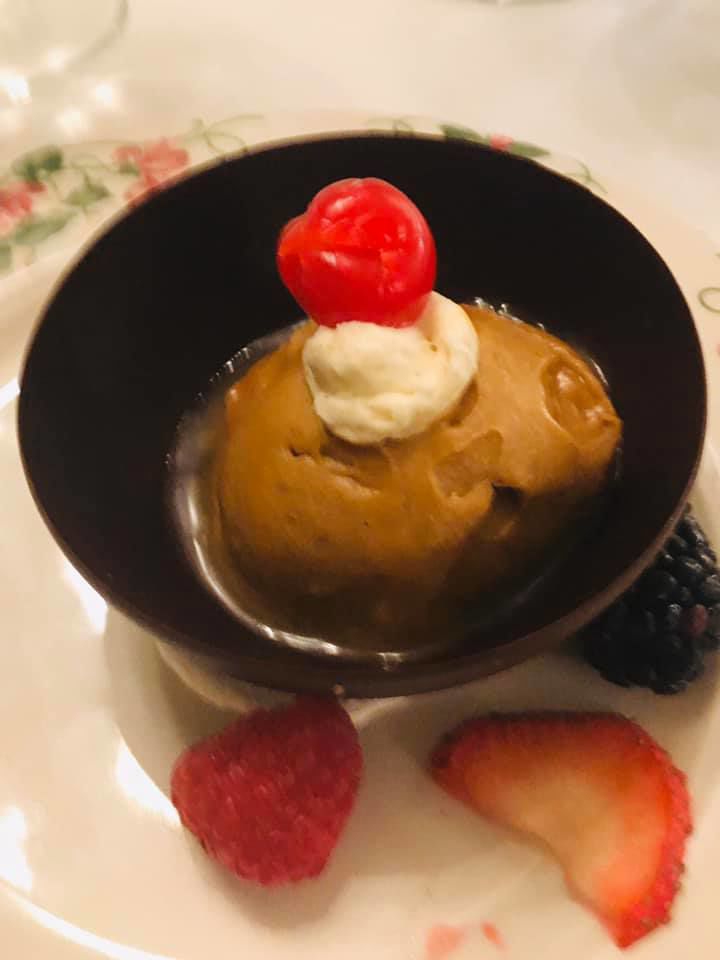 Another successful Charleston Restaurant Week is now in the books, but it was a good news/bad news affair for me.

Sad to say I only made it out to dinner five of the six designated nights last week. (Darn kids. I kid!) I’m happy to report, however, that I enjoyed good — and in some cases, great — food at every spot I visited.

I went on and on about Bluegrass Kitchen’s righteous ramp-fried rice in last week’s column, but it merits another shout-out here as one of my most delicious bites of the week. Joining it are:

n Abruzzi’s rich flourless chocolate torte, which was served at the perfect temperature to make it luxuriously creamy.

In sharing the news last week that Lem’s Meat Varnish had closed its South Charleston restaurant to focus on making and selling its popular sauces, rubs and such, I whined about no longer getting to enjoy the brilliant brisket I discovered there a few years back.

“I just read your article,” reader Will Moore reported, “and in case you haven’t already heard, a place called Smoked Up Sauced Out took over the Lem’s Meat Varnish place in South Charleston, apparently keeping some of the same menu and Lem’s sauces.”

I immediately hopped in the car to go check it out and, sure enough, two weeks ago this new place moved in offering many similar items — “but with our twist,” they say.

That blended menu includes a variety of smoked brisket, ribs, chicken and pulled pork that you can get on sandwiches, burritos, nachos or by the pound to go. You can choose among three house-made sauces (sweet-and-smoky BBQ, tangy gold and hot) or Lem’s original sauce to top them, and sides include mac-and-cheese, potato salad, baked beans, green beans and coleslaw.

Of course, with a mix of excitement and trepidation, I went straight for that brisket. While it was shredded instead of thick-sliced and didn’t bowl me over quite as much as before, it was still pretty moist and flavorful. The sweet-and-smoky sauce drizzled on top was killer.

I was planning to pass on sides, but was told the mac-and-cheese and baked beans were crowd favorites. I tried and liked both OK (the mac-and-cheese did have a great, creamy consistency) but it was the brisket that kept drawing me in.

Smoked Up Sauced Out has only been open two weeks and doesn’t even have a sign out front, so it’s super new. I’ll definitely go back and try a few more items once they get more fully up and running.

The Filipino-American fusion restaurant I told you about coming to the bottom of Fort Hill is inching closer to opening, with Facebook posts over the weekend announcing, “T-minus 30 days and counting!”

Barkadas (Filipino slang for “a group of friends”) is the brainchild of local restaurateur Jay Cinco and chefs Paul Smith and Virgil Sadorra, who have transformed the former Shop a Minute, at the foot of Cantley Drive next to Domino’s, into a gorgeous, cozy-looking bistro and neighborhood pub that’s generating quite the buzz.

There’s also a menu of steamed bao buns with your choice of meat, seafood and veggie fillings; salads including sugarcane-grilled chicken and a seafood slaw; handhelds like tacos, burritos and sandwiches; plus a variety of beef, chicken, pork, seafood and veggie bowls served over coconut-ginger rice or lemon-scallion pancit noodles.

IF YOU GO: Barkadas, 100 Cantley Drive, is scheduled to open by early March. Advertised hours are 11 a.m. to 10 p.m. Sunday-Monday and Wednesday-Thursday, 11 a.m. to 11 p.m. Friday-Saturday, closed Tuesday. For more information, check out www.barkadasresaurant.com or the restaurant’s Facebook page.

Steven Keith writes a weekly food column for the Charleston Gazette-Mail and an occasional food blog at http://blogs.wvgazettemail.com/foodguy/. He can be reached at 304-380-6096 or by e-mail at wvfoodguy@aol.com. You can also follow him on Facebook as “WV Food Guy” and on Twitter, Instagram and Pinterest as “WVFoodGuy.”