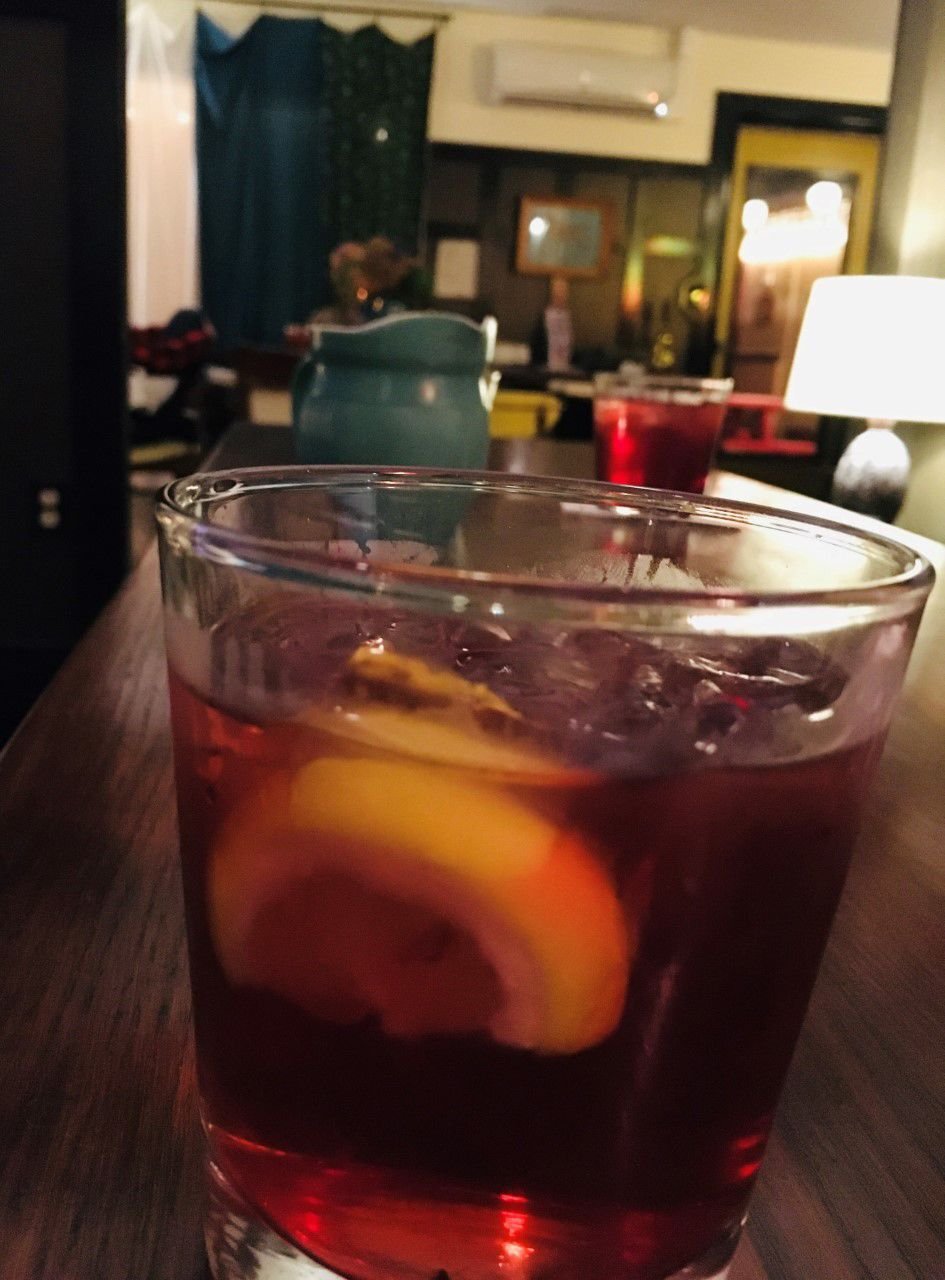 The Red Needle from The Billy Motel. 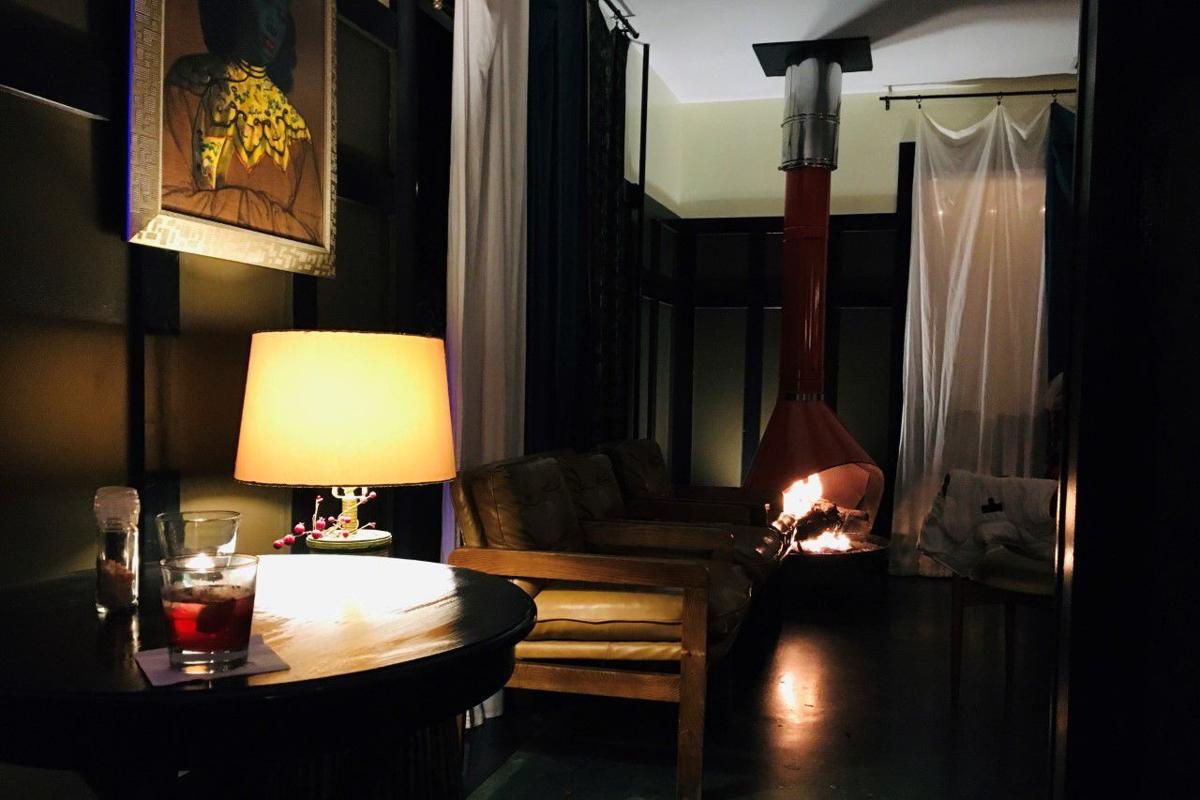 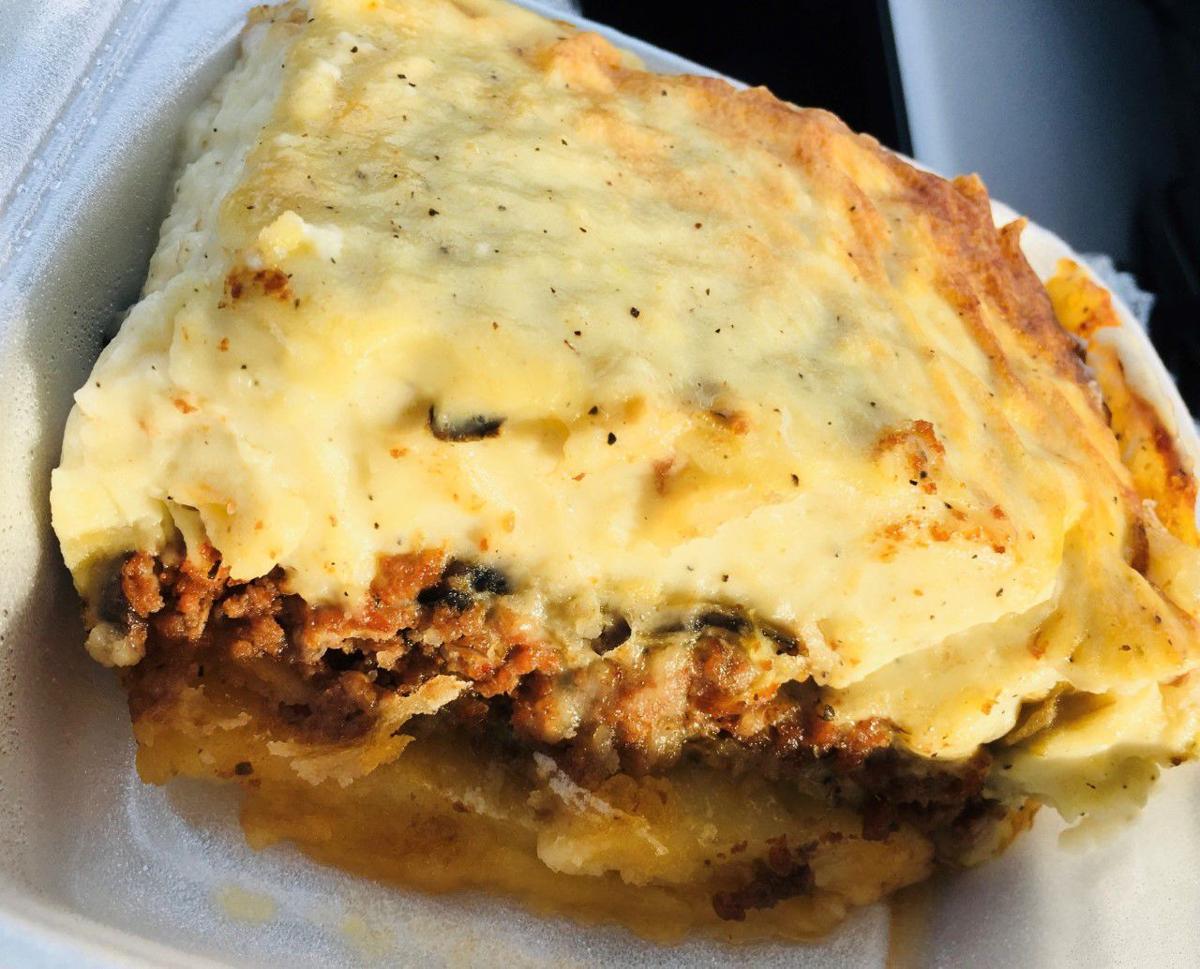 Moussaka from Best of Crete.

The Red Needle from The Billy Motel.

Moussaka from Best of Crete.

The next time you find yourself in the Canaan Valley area for a little mountain getaway, have I got a find for you.

Even though the place has been around a few years, The Billy Motel & Bar near Blackwater Falls still seems to be a largely undiscovered gem for many — as it was for me until just a few weeks ago.

While looking for a spot to quench our thirst on a recent guys getaway, we discovered this ultra-hip, pocket-size roadside motel along the main route connecting the tiny Tucker County towns of Davis and Thomas.

We had already rented a house for our stay, but it was the retro-modern fusion of a bar that begged our attention. If the Brady Bunch house and a super-swanky modern cocktail lounge had a baby, this would be it. They call its vibe “Hillbilly Fabulous” and we couldn’t have loved it any more.

Funky furniture and chic décor fill the small and dimly-lit lounge, which features just a few bar seats, a couple of tables with couches and chairs, and a fireplace adding to the ambiance.

We took it all in and then settled in for a drink which, clearly, had to be something as unusual as our surroundings.

The bartender suggested a local favorite, The Red Needle, a classic cocktail invented (to my surprise) by the great singer-songwriter Leonard Cohen. Turns out the man of “powerful words and potent songs,” as he was often described, could also mix up a pretty mean cocktail.

In Tucker County, y’all. I am SO in love with this place!

IF YOU GO: The Billy Motel & Bar is located at 1080 William Ave. in Davis. For more information, including details and hours for the kitchen and bar, call 304-851-6125, visit www.thebillymotel.com or check out the motel and bar’s Facebook page.

I’ve had a moussaka craving something fierce, so I was thrilled to finally get to Best of Crete on Charleston’s West Side last week, where this “lasagna-like” eggplant creation makes an appearance on the Greek restaurant’s menu on select Tuesdays.

A traditional dish common throughout the Balkans and Middle East, there are many variations of moussaka depending on what country or region you’re in. Some feature potato instead of (or in addition to) eggplant, while others add a tomato sauce and cheese to make it more Italian in taste and appearance.

While I’ve raved about the moussaka at Aladdin’s in Kanawha City, which goes gloriously heavy on the tomato sauce and mozzarella cheese, Best of Crete’s is delicious in a different way. It’s topped with a shockingly thick layer of puffy, pillowy bechamel that makes for an entirely different taste.

Which is best? Most say that depends on your preference. I say … why choose just one?

IF YOU GO: Best of Crete is located at 816 Beech Ave. on Charleston’s West Side. For more information, including current hours and takeout options, call 304-343-3292, visit www.bestofcrete.net or check out the restaurant’s Facebook page.

Finally, the holidays are upon us, which means it’s a time to eat, drink and be merry. Then eat some more.

And when it comes to holiday cheer, it looks like an old favorite may be West Virginia’s Christmas “spirit” of choice.

Online Christmas retailer Treetopia studied Google search data to name the most popular Christmas dinner and dessert recipe in every state. Of the 35 most-popular items typically served during a traditional Christmas feast, the Mountain State’s most-searched recipe was for … eggnog.

That’s interesting in that it makes us one of only three states nationwide where an actual food recipe didn’t come out on top. (Vermont’s most-searched recipe was for eggnog as well, while Maine’s was a hot toddy.)

As for sweets, Maine joined West Virginia again to be the only two states whose top-searched dessert recipe was for thumbprint cookies.