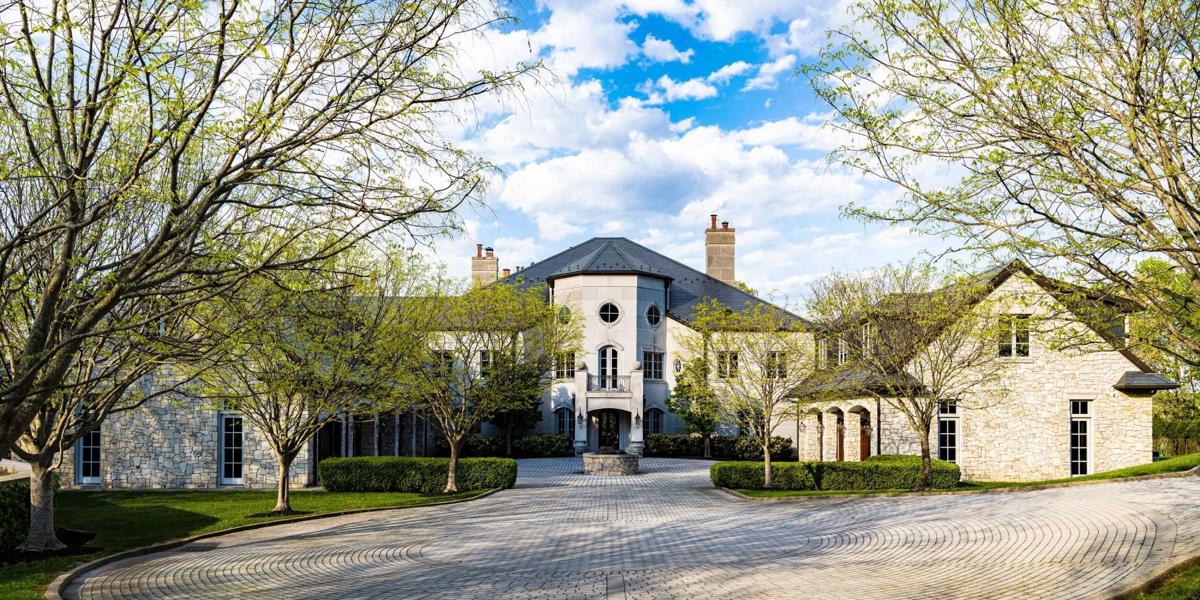 The estate has a stone facade, marble floors, oversized windows and a heated, six-car garage. 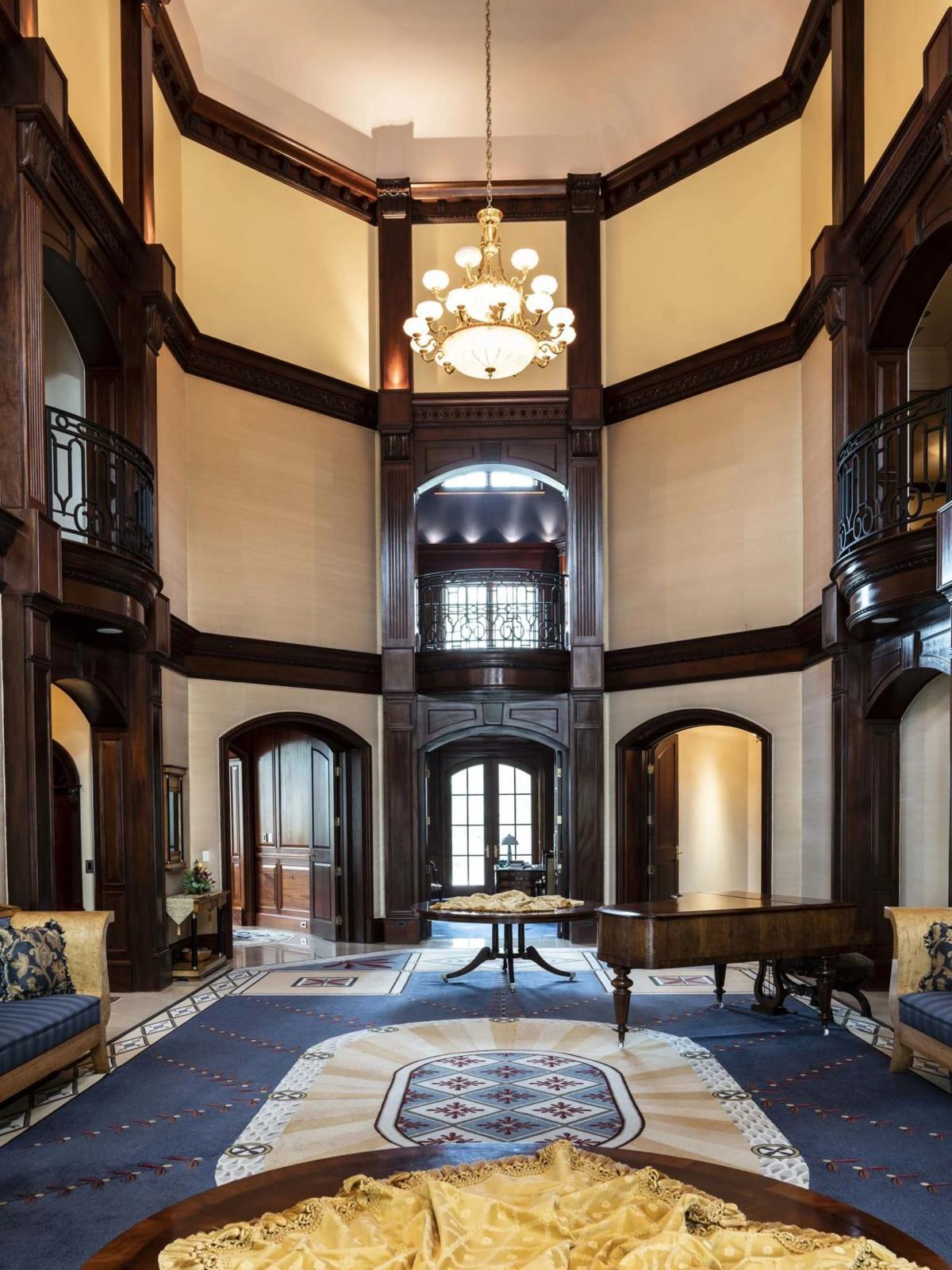 Inside, the home features custom ironwork and built-ins throughout, marble floors and glittering chandeliers. 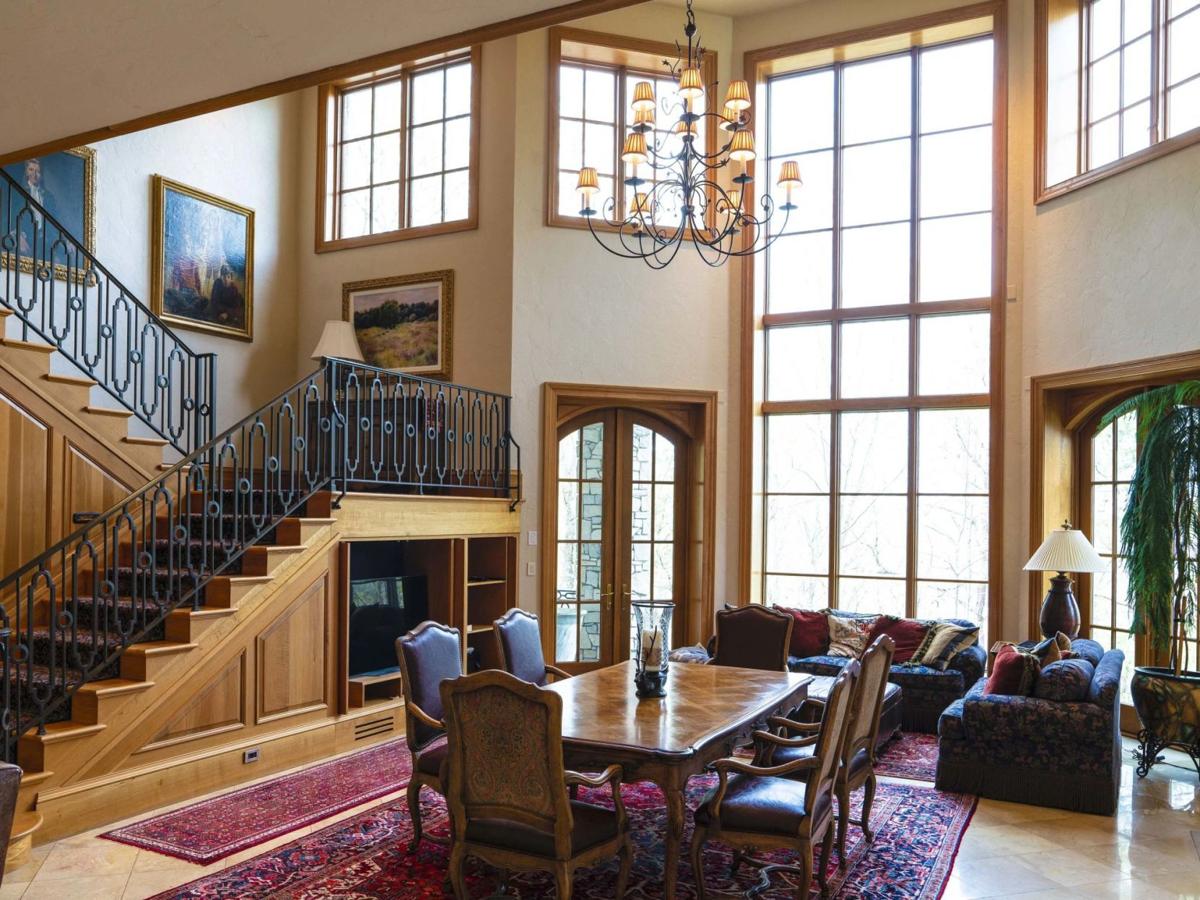 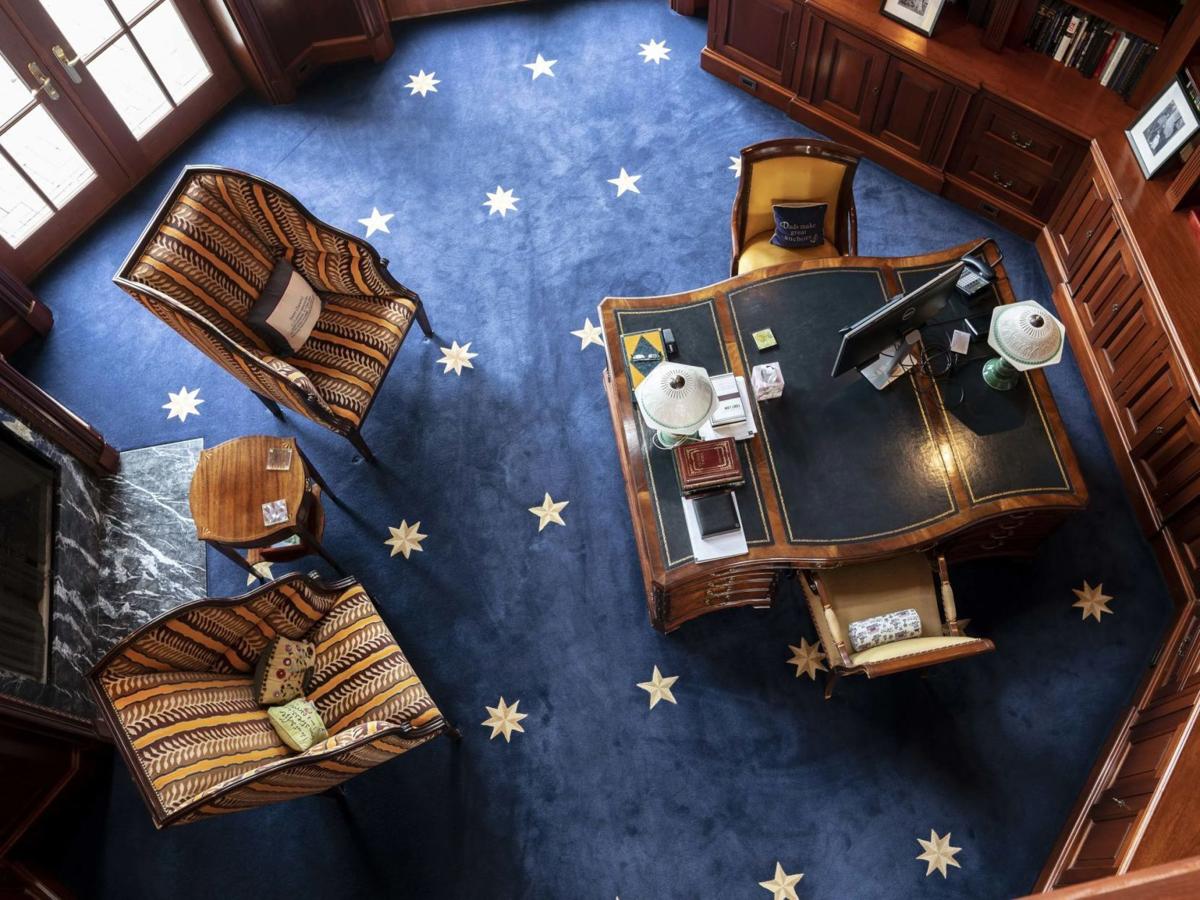 One of two offices in the home, this one features custom, bold-star carpeting, built-ins and a fireplace. 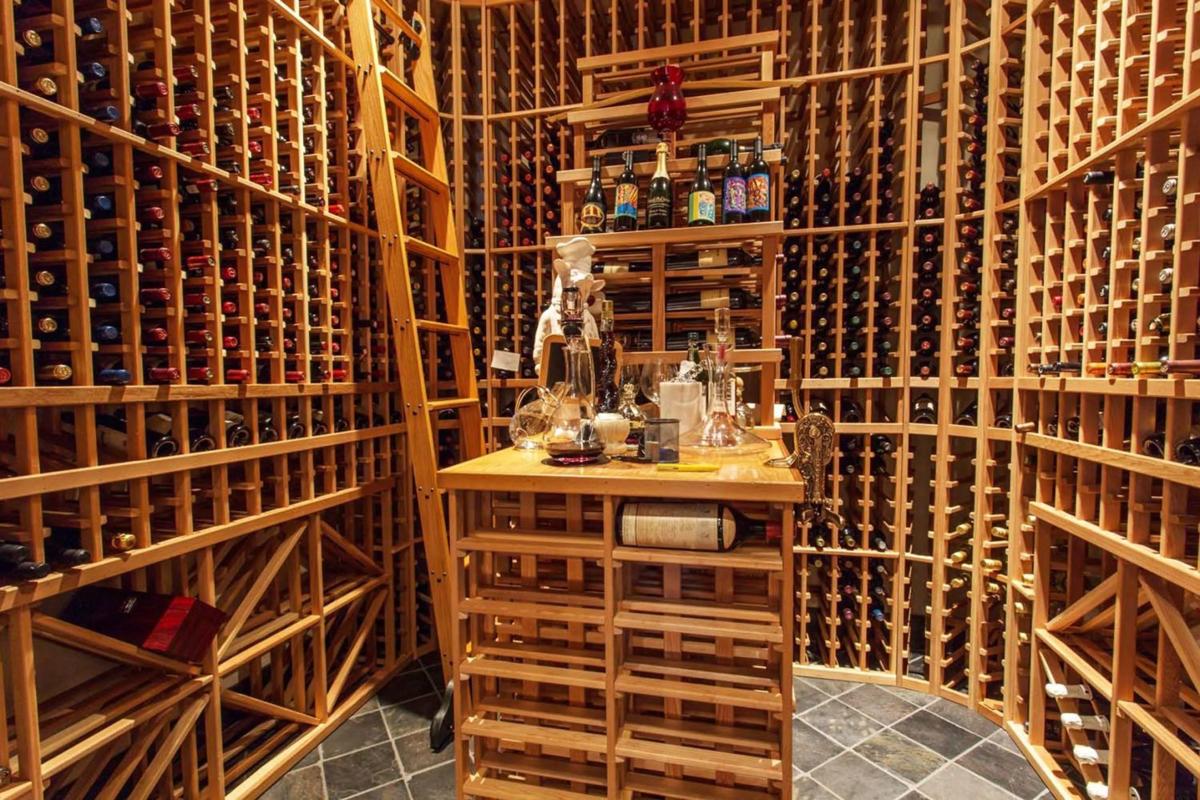 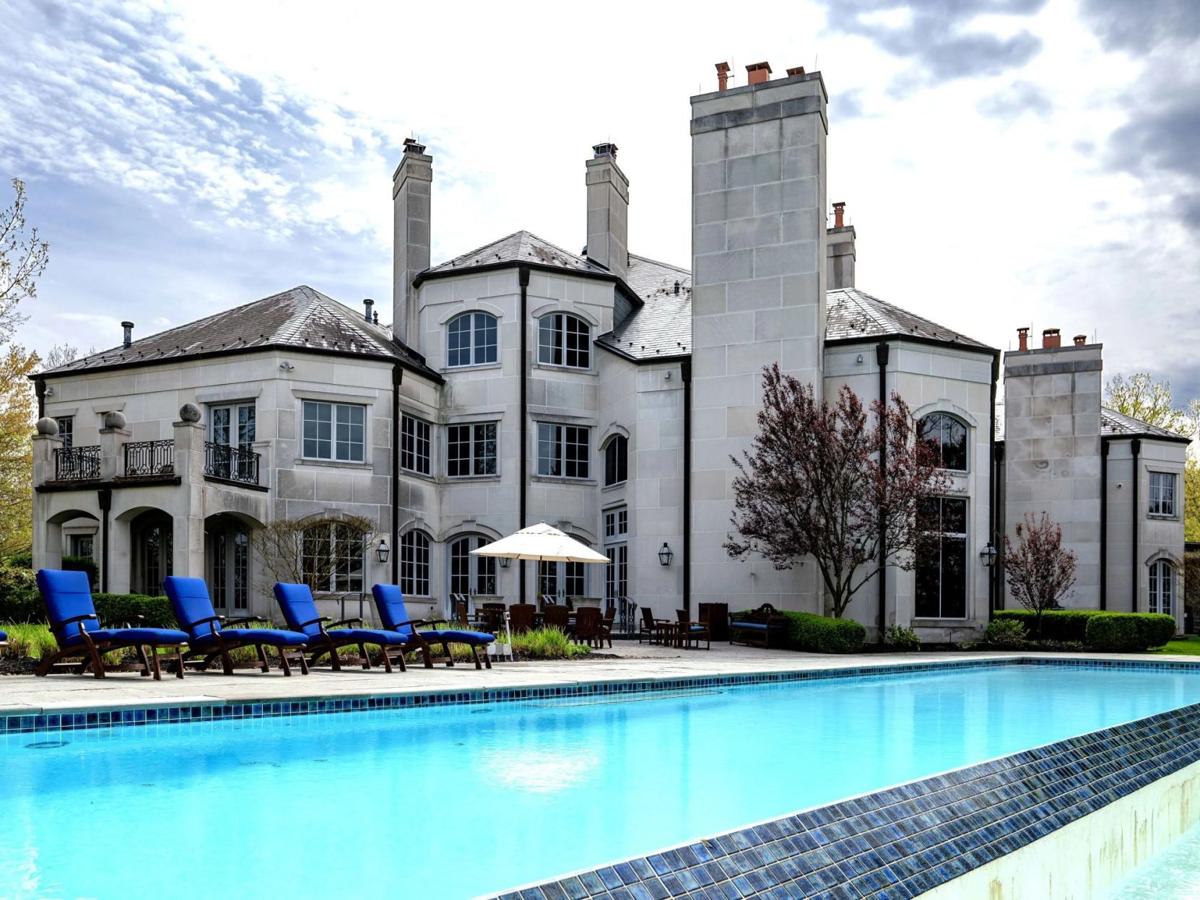 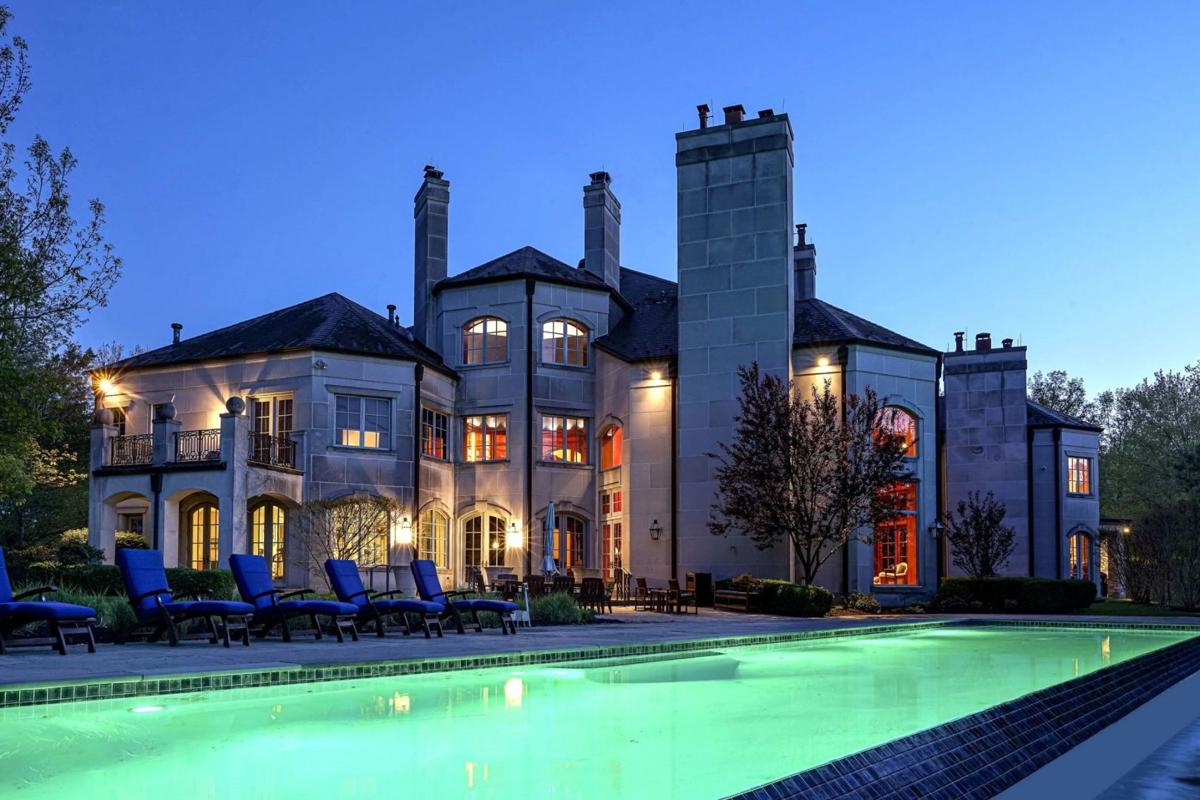 The estate has a stone facade, marble floors, oversized windows and a heated, six-car garage.

Inside, the home features custom ironwork and built-ins throughout, marble floors and glittering chandeliers.

One of two offices in the home, this one features custom, bold-star carpeting, built-ins and a fireplace.

In the hottest — and perhaps most unexpected — housing market boom in recent memory, one of Charleston’s most elite properties is on the cusp of being sold to the highest bidder.

The 24.7-acre site at 230 Quarry Ridge East, owned by trial lawyer Scott Segal and his wife, former West Virginia Supreme Court Justice Robin Davis, is unlike anything else around.

“I mean, it’s a total anomaly,” said listing agent Amanda Neville with Old Colony, Realtors. “It’s got just exquisite custom design work that could never be replicated. ... It’s got Brazilian mahogany that was hand carved by the same artisans who do work for the queen of England.”

With 19,000 square feet, the European-style stone chateau has an impressive circular drive and soaring entrance, eight bedrooms and nine full baths, five fireplaces, a home gym, sauna, game room, marble floors and countless custom touches throughout. Outside, at the top of an overlook with mountain and city views, there’s an infinity-edge pool, tennis courts and landscaped grounds.

And there’s more — so much more.

Neville said the sellers, now based primarily in Wyoming, no longer need a house of that caliber in the Charleston area.

“They’re just not using it the way that they used to. And they want somebody else to get to enjoy it,” she said.

It’s been on the market for five years, but hasn’t yielded the offers they were hoping for, Neville added.

“They have 17 million invested. We reduced it to $13 million about two years into the listing process. ... They are open to reviewing any offer from a qualified buyer.”

They opted to have an auction, she said, because “they had a friend who had some success with this particular auction firm and wanted to go that route.”

The auction will be held electronically and runs through June 9 via Concierge Auctions.

“It’s all online. Bidders get an electronic paddle number. So just like a traditional auction where you would have a paddle number, they still have that,” said Neville.

However, “Everything else is done digitally and anonymously at that point. So you don’t know who is who.”

For more information, to view photographs or submit a bid, visit ConciergeAuctions.com.