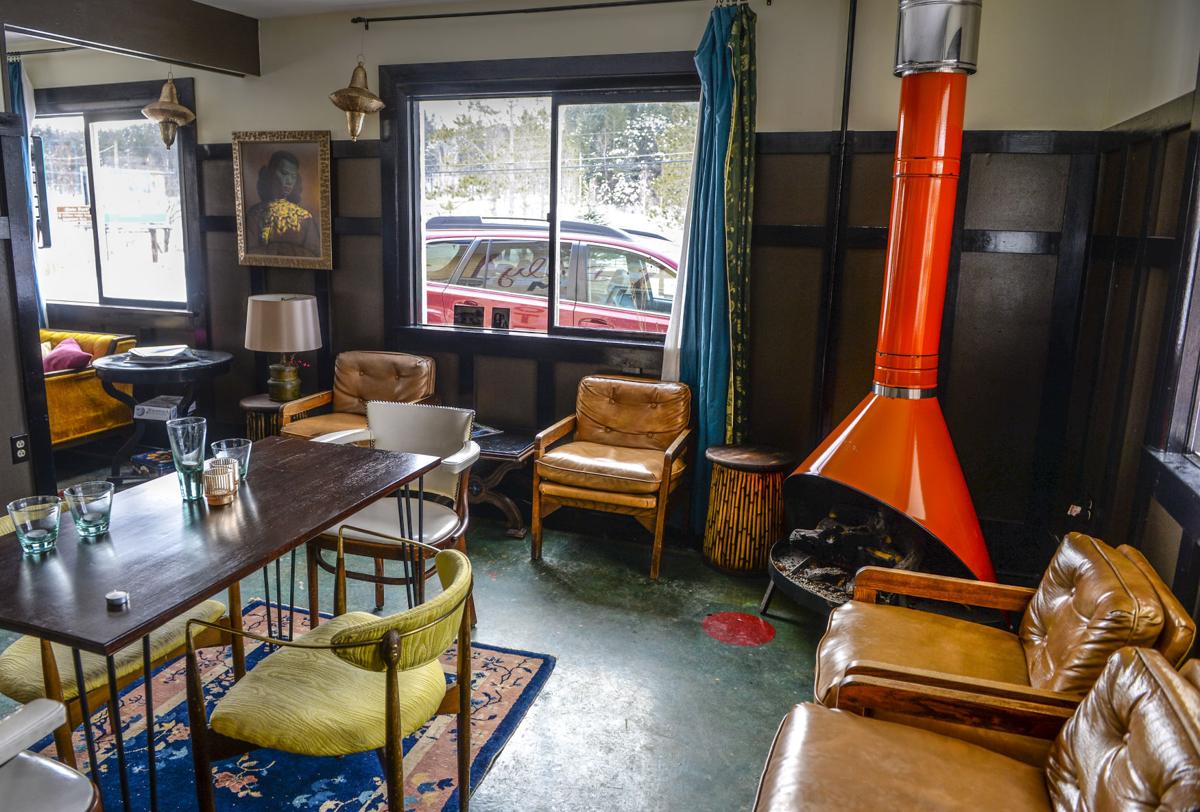 There’s not a lot of gathering together during COVID-19, but the Billy Motel in Davis keeps the cozy, friendly vibe alive.

The Billy Motel in Davis has a cool, retro mid-century aesthetic, but with a quirky, easy-going millennial friendliness. 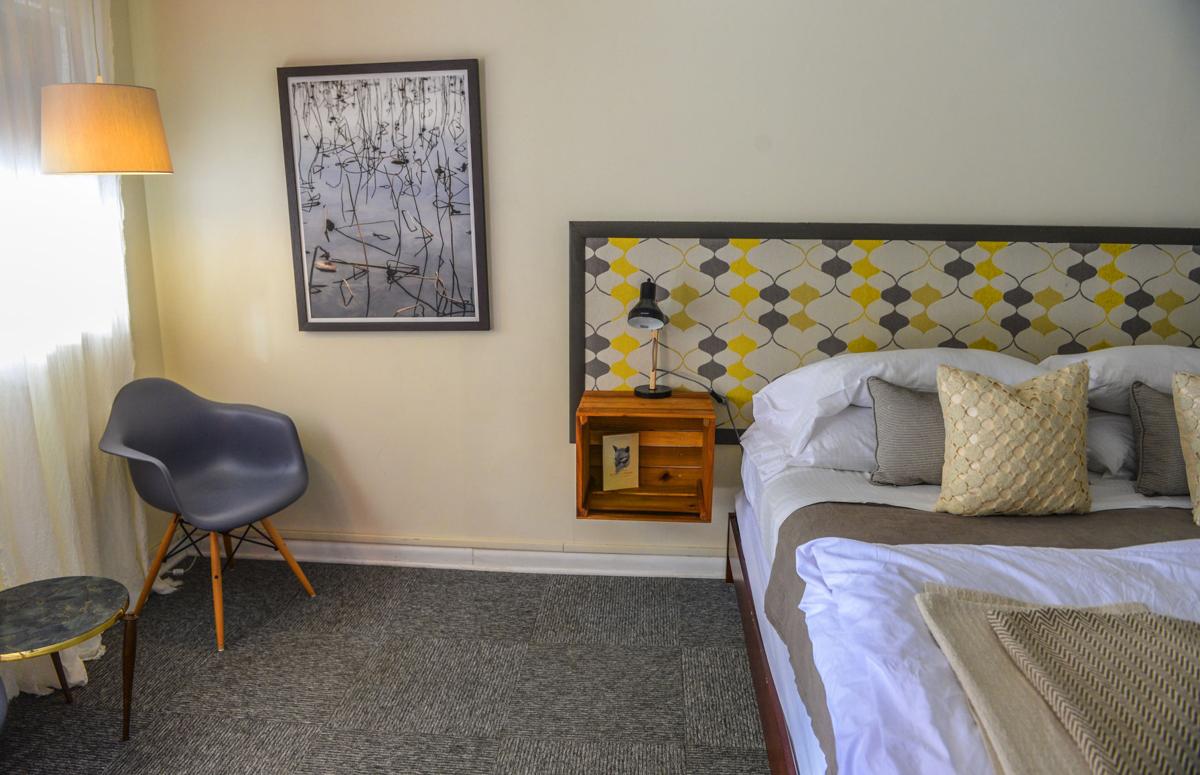 The rooms at the Billy Motel have a fun, retro feel. Owner Joy Malinowski said even with the pandemic, they’ve had good traffic. It is easy to isolate in a motel. 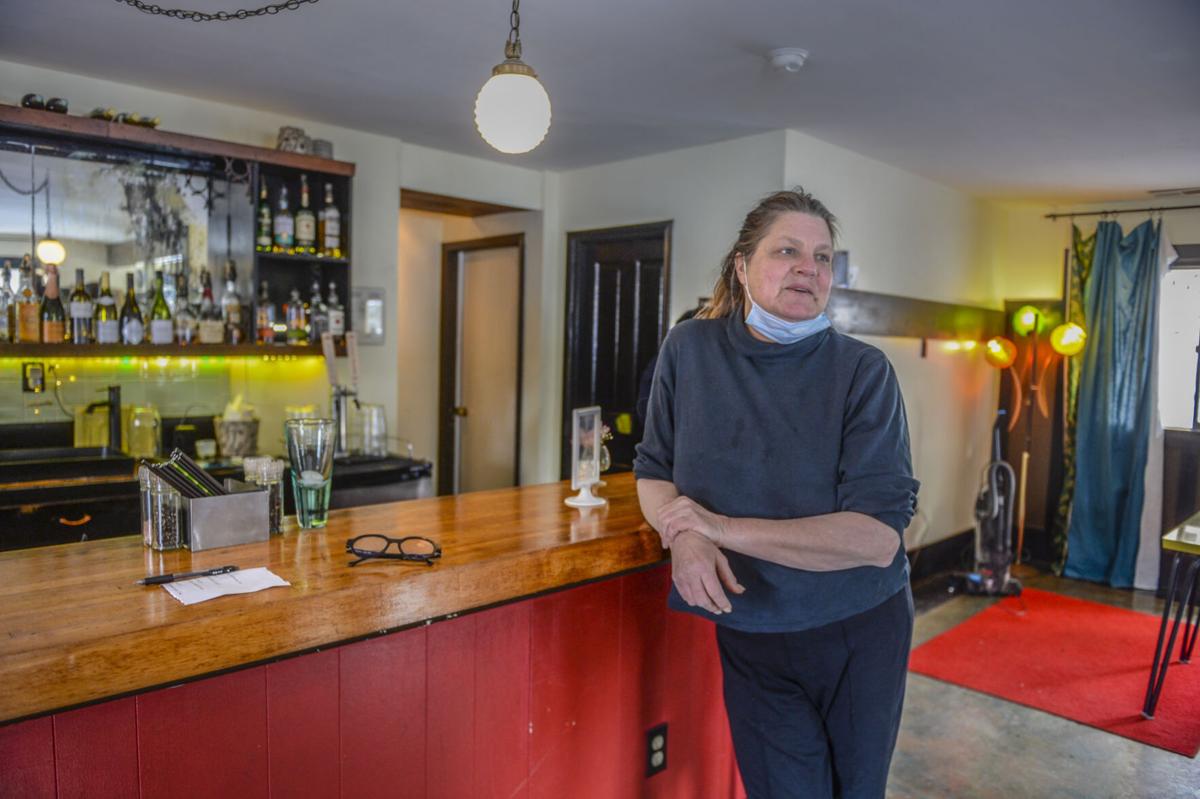 Billy Motel owner Joy Malinowski wanted a place where fun-loving, friendly people could hang out while enjoying all that Tucker County has to offer.

There’s not a lot of gathering together during COVID-19, but the Billy Motel in Davis keeps the cozy, friendly vibe alive.

The Billy Motel in Davis has a cool, retro mid-century aesthetic, but with a quirky, easy-going millennial friendliness.

The rooms at the Billy Motel have a fun, retro feel. Owner Joy Malinowski said even with the pandemic, they’ve had good traffic. It is easy to isolate in a motel.

Billy Motel owner Joy Malinowski wanted a place where fun-loving, friendly people could hang out while enjoying all that Tucker County has to offer.

DAVIS — Atmosphere and intent go a long way in a place like the Billy Motel in Tucker County.

In Davis, near the entrance to Blackwater Falls State Park with Canaan Valley State Park nearby, the Billy Motel and Bar has the feel of something old, but also something very new.

It oozes a quirky sort of charm that reflects as much the personality of its owner, Joy Malinowski.

Malinowski grew up around Morgantown and returned to West Virginia a dozen years ago, after her daughter started college.

A 30-plus-year veteran of the Philadelphia hospitality industry, she was looking for a second act for her career.

She opened Cooper House Bed and Cocktail in Thomas.

The small inn did well.

Malinowski hadn’t been looking to expand past Cooper House, but she said she kept noticing an old motel by the side of the road, which had fallen into disrepair and almost become part of the landscape.

“You’d go by this thing every single day and see its potential,” she said.

At least, Malinowski did.

Little, independent motels, she said, were a staple for travelers and working class families on vacation generations ago. They’d somewhat gone out of fashion but were making a kind of comeback.

“Coming from Philadelphia, when you go on vacation, you’d go down the shore,” she said. “There’s a bunch of these little motels in a town called Wildwood, New Jersey. It was the first place I saw where they were renovating them and not tearing them down to make condos.”

She saw one place called “The Lollipop.”

“Somebody bought it and restored it and I thought, ‘What fun!’” Malinowski said.

Malinowski talked with a realtor and then a couple of friends offered to finance the 10-room, boutique motel for her.

“That was pretty great,” she admitted.

Malinowski opened The Billy in 2016.

There’s been endless work — plumbing, electrical, heating, almost everything needed to be redone.

“It would have been cheaper to tear it down and rebuild,” she acknowledged.

But that would have taken some of the joy of the place away.

The Billy Motel is kind of a passion project and a playground for Malinowski. The rooms have an upbeat, retro, mid-century feel with quirky, little touches. Some of the typical, unobtrusive motel/hotel room wall art has been enhanced to include giant robots and other images.

“I just thought that was fun,” Malinowski said.

In the motel lobby, lounge and bar, there’s a vintage fireplace that the motel owner said came out of an old, local bar called The Sportsman.

“It was kind of a rough and tumble sort of place,” Malinowski said. “I’m surprised at how good of a shape it was.”

The lounge is a cozy space meant for conversation and congeniality.

Guests get a free drink, but locals are welcome.

“We have lovely clientele,” she said. “Our type of guest wants to experience things and wants to meet the locals. They don’t want to just be catered to. They’re interested in being a little social.”

Malinowski acknowledged that socializing has been a little less during the pandemic, but the motel has had a good year.

“It’s easy to isolate here,” she said. “And so many people are working remotely. You can just work from your room and then go out, if you want.”

The area has plenty of attractions. The motel also isn’t far from local dining options, but the Billy Motel has room service and a kitchen.

“We call what we do ‘Ish,’” Malinkowski said. “We do small plates and international — Brazillian cheese puffs, Israeli beet salad and bao buns. Those fly out the door.”

“Everything has our own little spin on it,” she said.

During warmer months, diners can eat outside, but during the winter, The Billy offers food for guests in their rooms or food to go. They have a kitchen and a bar, but not much in the way of space for indoor dining — yet.

“We’re working on that,” she said. “We’ve got some construction plans for the spring and that’s maybe part of it.”

Malinowski hopes to eventually add another 10 rooms, facing away from the road.

“I want to keep it at a price everybody can afford,” she said. “Having a whole lot of money doesn’t necessarily make you interesting. We’ve had lots of guests who don’t have a pile of money and they’re interesting people.”

Malinowski said, “I want them to come see us, too.”