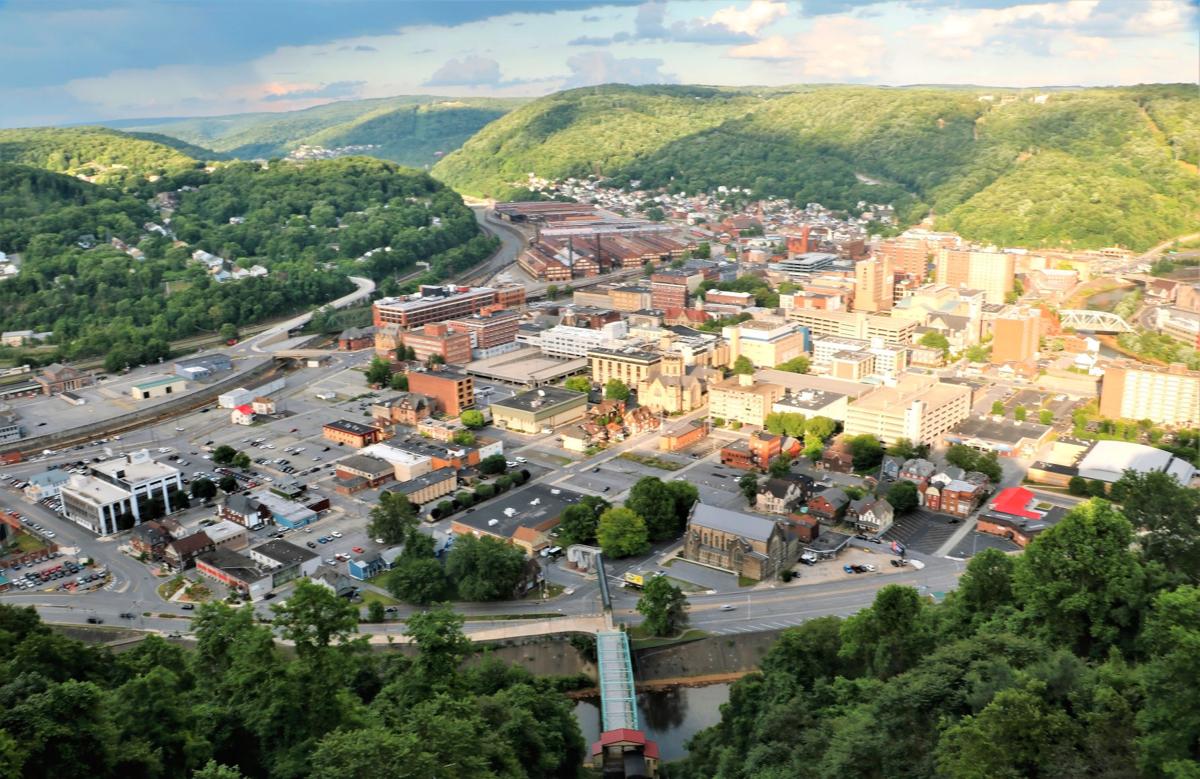 A view of Johnstown, Pennsylvania, from the hilltop community of Westmont. 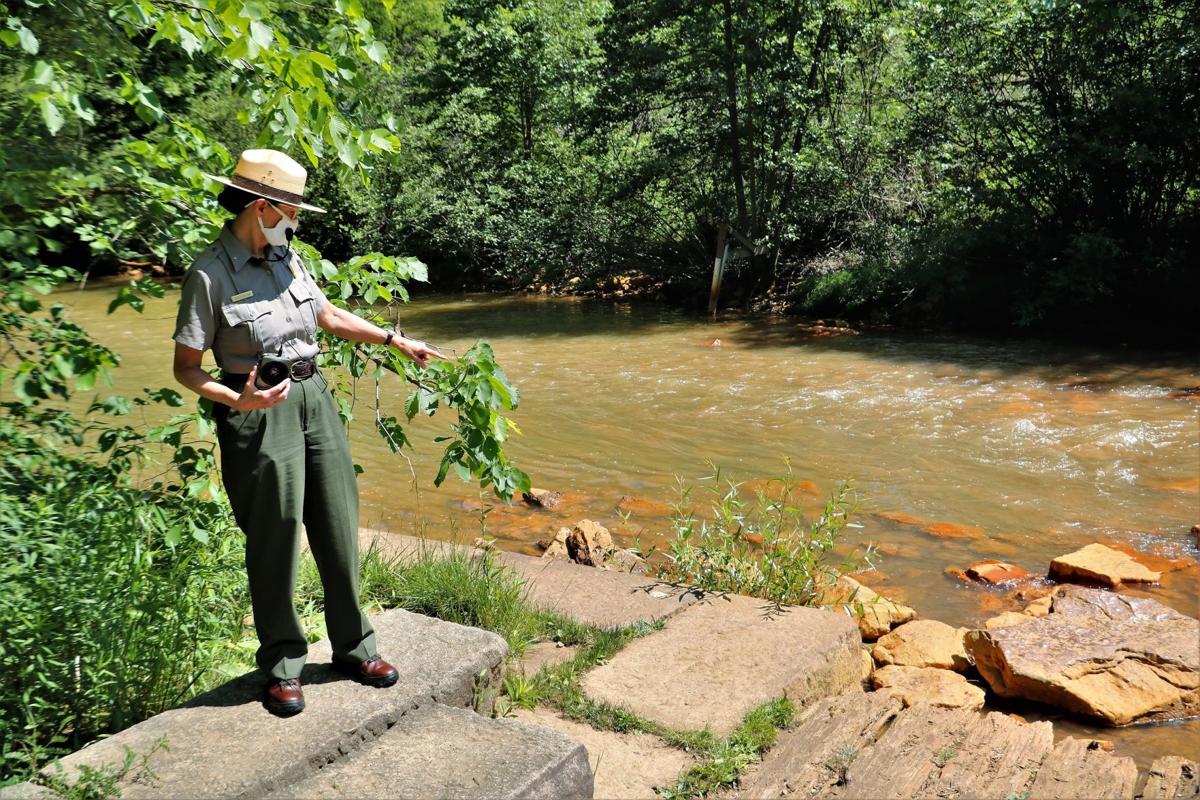 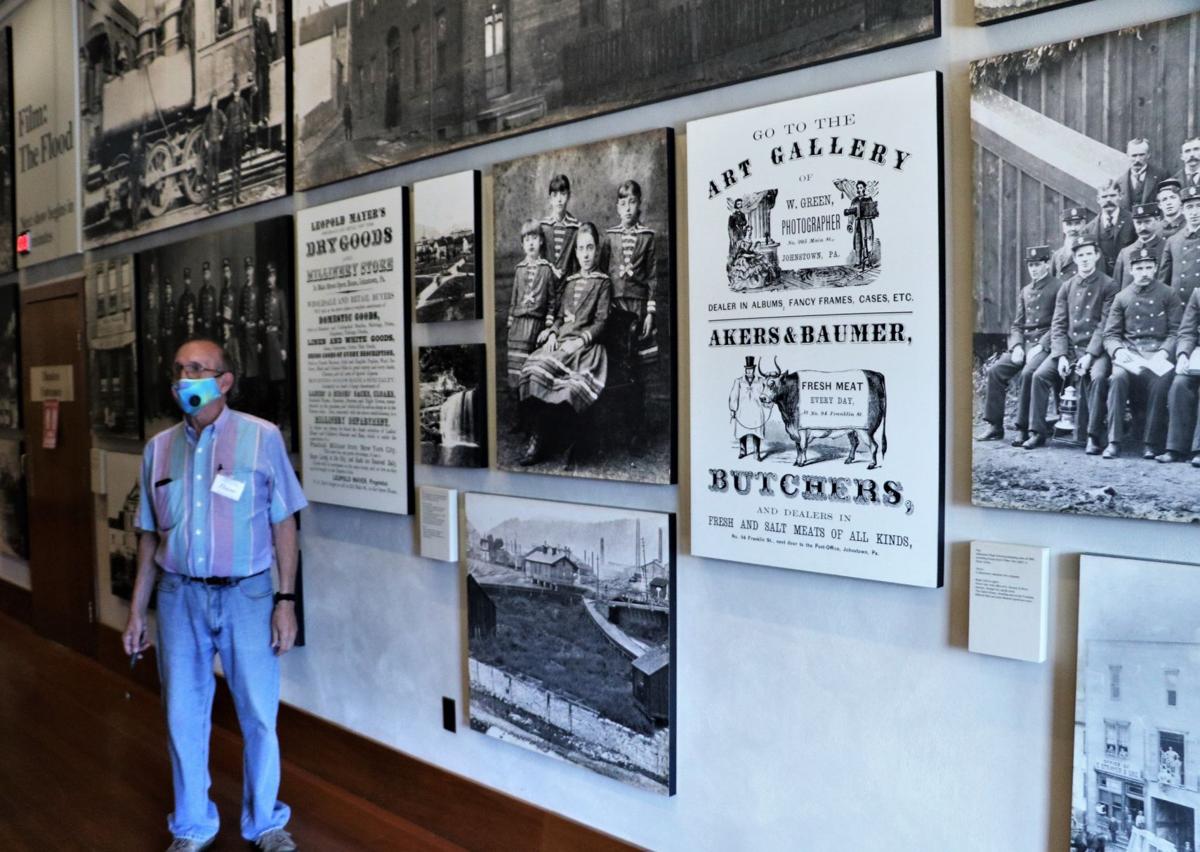 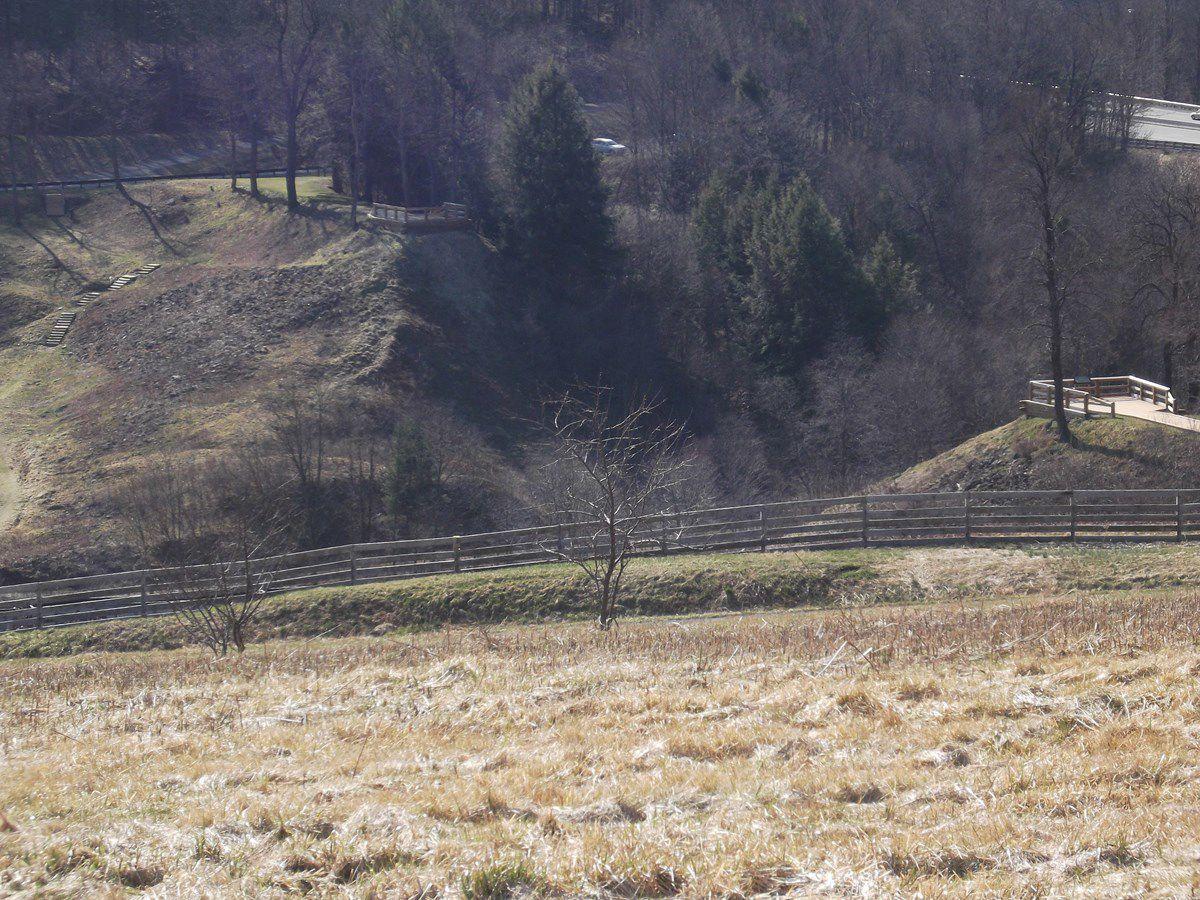 The remains of the South Fork Dam, which burst in 1889, causing massive flooding in the local community.

A view of Johnstown, Pennsylvania, from the hilltop community of Westmont.

The remains of the South Fork Dam, which burst in 1889, causing massive flooding in the local community.

JOHNSTOWN, Pa. — Sixty-seven miles east of Pittsburgh and 267 miles north of Charleston, the historic town of Johnstown, Pennsylvania, has a huge history that belies its small size.

Its advantageous location along the Pennsylvania Main Line Canal, and later the Pennsylvania Railroad, contributed to its growth. Starting around 1860, rich coal and iron resources in the area made it — thanks in part to the Cambria Iron Company — the leading iron and steel producer in the nation.

In the last quarter of the 19th century, the steel works produced most of the barbed wire needed by settlers out west, and the plant also manufactured most of the rails needed to build the Transcontinental Railroad. In spite of this noteworthy beginning, the town’s most memorable claim to fame came in the form of a disaster: the Great Flood of 1889, which took the lives of more than 2,200 and did $17 million in damage. Adjusted for inflation, that would be more than $480 million today.

The resilient town bounced back, rebuilt and eventually resumed its steel-making prowess. Two subsequent floods (in 1936 and 1977) took their toll, and the downturn in the American steel industry in the 1980s substantially impacted the city’s economic base.

Today, the Great Flood sites are administered by the National Park Service and continue to draw the curious and history buffs. But recently, local tourism promoters have begun to focus on the area’s mountainous scenic beauty and rich trove of recreational activities.

Located 14 miles from town, the remains of the South Fork Dam give visitors a look at just how massive the 3-mile-long by 1-mile-wide Lake Conemaugh had been on May 31, 1889, the date of the dam break. Days of torrential rain and the ensuing fast-rising water alerted the president of the South Fork Hunting and Fishing Club of pending disaster.

Even though workers feverishly tried to enlarge the existing overflow, their efforts proved futile. At 3:10 p.m., the dam broke, and the greatest national calamity of the 19th century was underway when a 60-foot-tall wall of water went thundering down the valley traveling at speeds of up to 40 mph.

The cottages and clubhouse

Adjacent to the lake, the village of St. Michael was the site of 16 of the original cottages and 47-room clubhouse built for Pittsburgh elite like Andrew Carnegie and Henry Clay Frick. These men of wealth traveled to the lake to escape the summer heat and smoke of the Steel City.

Although nine of the original cottages still stand and are privately owned, tours of the clubhouse are offered by park service rangers throughout the summer. New this year, the park service is now also offering 45-minute long guided tours of the bottom of the dam and the breach. Note that the final section of the hike includes a somewhat steep and strenuous climb. The hikes are offered at 11 a.m. and 2 p.m. and meet on the South Abutment. No advance reservations are required.

Before or after a hike, you might want to stop in the visitors center on Lake Road for more information and to view the exhibits and 35-minute film titled “Black Friday,” which captures the terror of the infamous day.

Downtown, visitors can explore the Johnstown Flood Museum at 304 Washington Street. On the main floor, a large multi-media relief map traces the path of the flood. The museum is also is full of photos of the town before and after the flood, artifacts rescued from the debris and related exhibits. In a comfortable theater on the second floor, an award-winning film by Charles Guggenheim screens throughout the day, tracing the events that led up to the dam break, then following the rushing water down the valley into the helpless town.

The exhibits include an actual prefabricated dwelling used to house those who had lost everything in the flood. Incidentally, Clara Barton led the first disaster relief effort by the American Red Cross which worked for months in the rescue and rebuilding efforts.

One of several structures to miraculously survive the impact of the flood waters, the 1887 Stone Arch Bridge actually blocked debris from floating further downstream, which then caught fire. Hot flotsam from the mills set the wreckage aflame. Today, for three hours each evening, the bridge is floodlit with an array of colors and makes for a spectacular photo op. One of the best places to view the bridge is at Point Park, 100 Washington St., near Point Stadium.

After the flood, residents thought it might be advisable to move to higher ground, namely the hilltop community of Westmont, 502 feet above the downtown area. To get the workers and residents there and back, a 896.5-feet-tall incline opened for transport of horses, wagons and people in 1891. Billed as the world’s steepest vehicular inclined plane, the structure that’s now become a tourist draw still operates daily. Riders can view the structure’s machinery at the top of their ride, browse the visitor center and see sweeping views of the surrounding area from a lofty observation platform.

Coincidentally, one of the city’s best-rated restaurants, Asiago, is nestled on the hillside next to the incline. The Romanesque-style ambiance includes large plate glass windows that give diners a bird’s eye view of the town and valley below. The kitchen’s Tuscan Italian menu features creative culinary inspirations made with fresh ingredients, homemade sauces, custom blended dipping oils and hand-crafted sweet endings. The homemade donuts are a house specialty dessert and come highly recommended.

The serene and beautiful Grandview Cemetery at 801 Millcreek Road dates back to the late 1800s. Best known for its “Unknown Plot,” the final resting place of the bodies of 777 flood victims who could not be identified after the great flood, the cemetery is open to the public during daylight hours.

On a more pleasant note, the stand of 195 American elm trees that line both sides of shady and stately Luzerne Street constitute the longest municipally owned, continuous stand of American elms in the country. Beautiful houses line the noteworthy street that can boast the title of the last cathedral-arched boulevard in the nation.

If you’re looking for a place to dine downtown, the Balance Restaurant at 415 Main St. unites cuisine and aesthetics to create a balance between healthy and indulgent. Open for lunch and dinner, the restaurant has a variety of classic, healthy, vegetarian and vegan options. Standout items include Asian seafood (seared salmon or tiger shrimp atop Asian slaw and basmati rice) and the pierogi skillet (five potato-filled pasta pouches with caramelized onions, kielbasa and locally famous roasted Brussels sprouts).

Just across the street from Balance, Coal Tubin’ offers guided whitewater rafting and tubing, easy river tubing and bike rentals. The area has numerous launch sites for putting in kayaks and canoes, and Cambria County has more than a half dozen bike trails including two mountain bike options that start at the top of the incline and head to the downtown area.

Another biking option follows the path of the flood from the dam break down through the canyon and into Johnstown.

To learn more about Johnstown’s residents and their ancestors, head over to the Heritage Discovery Center, a massive industrial building that saw many uses over the years, including that of a brewery. Located at 201 Sixth Ave., the center allows visitors to experience interactively what it was like to be a new immigrant to the steel town, investigate the city’s steel-making heritage, and explore a new exhibit that travels in time from the area’s early days of agriculture and canal transport through its rail, coal, iron and steel heyday.

The third floor has an expansive children’s section that enables young visitors to experience the inside of a coal mine, done in replica, amble through a rooftop garden and put their creativity to the test by building a dam, staging a fashion show and more.