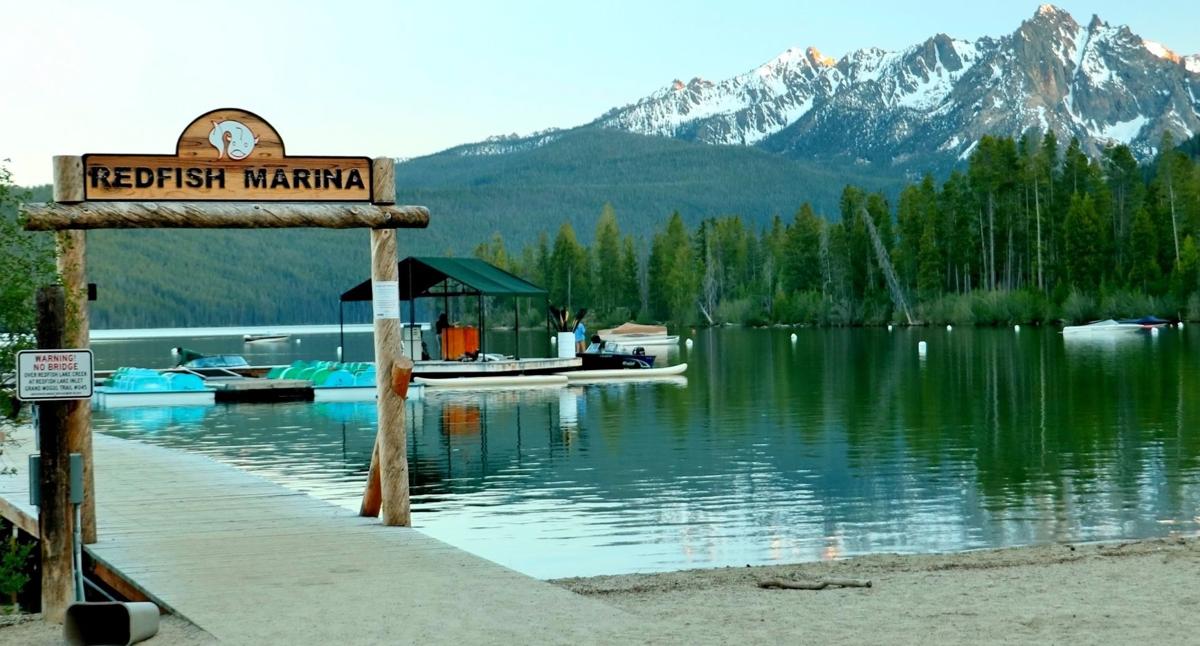 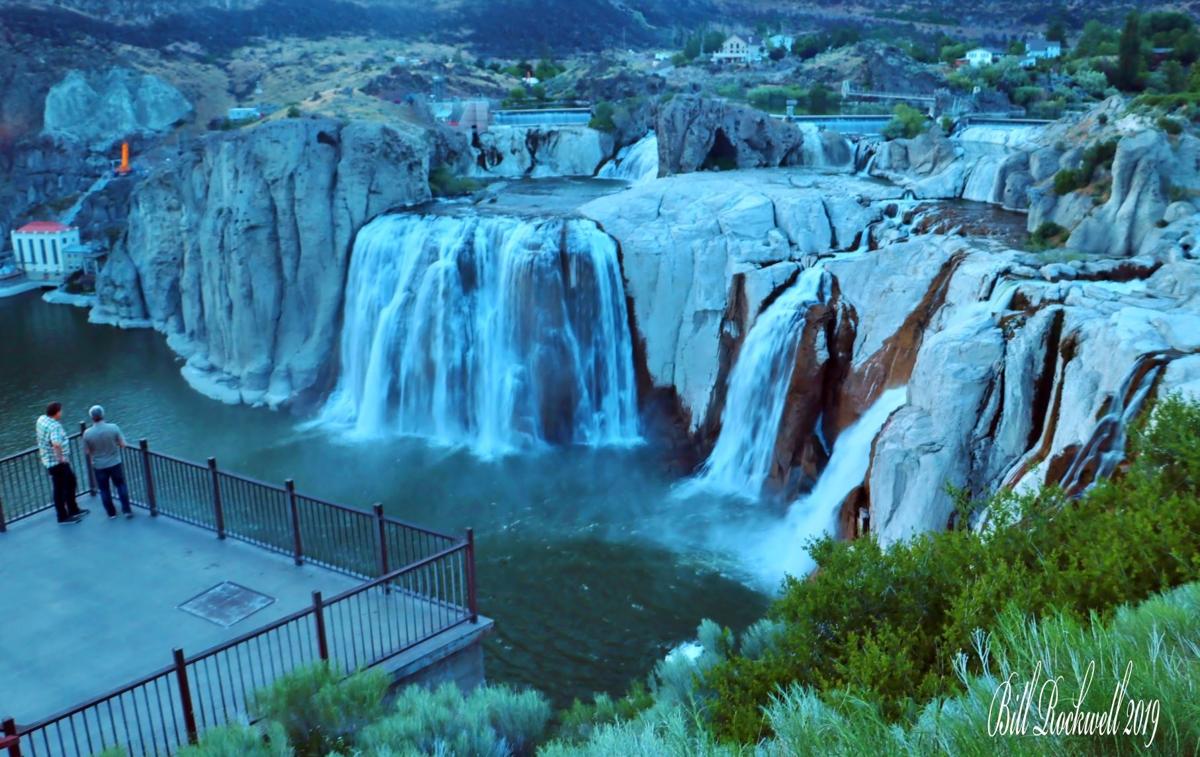 A view of Shoshone Falls. 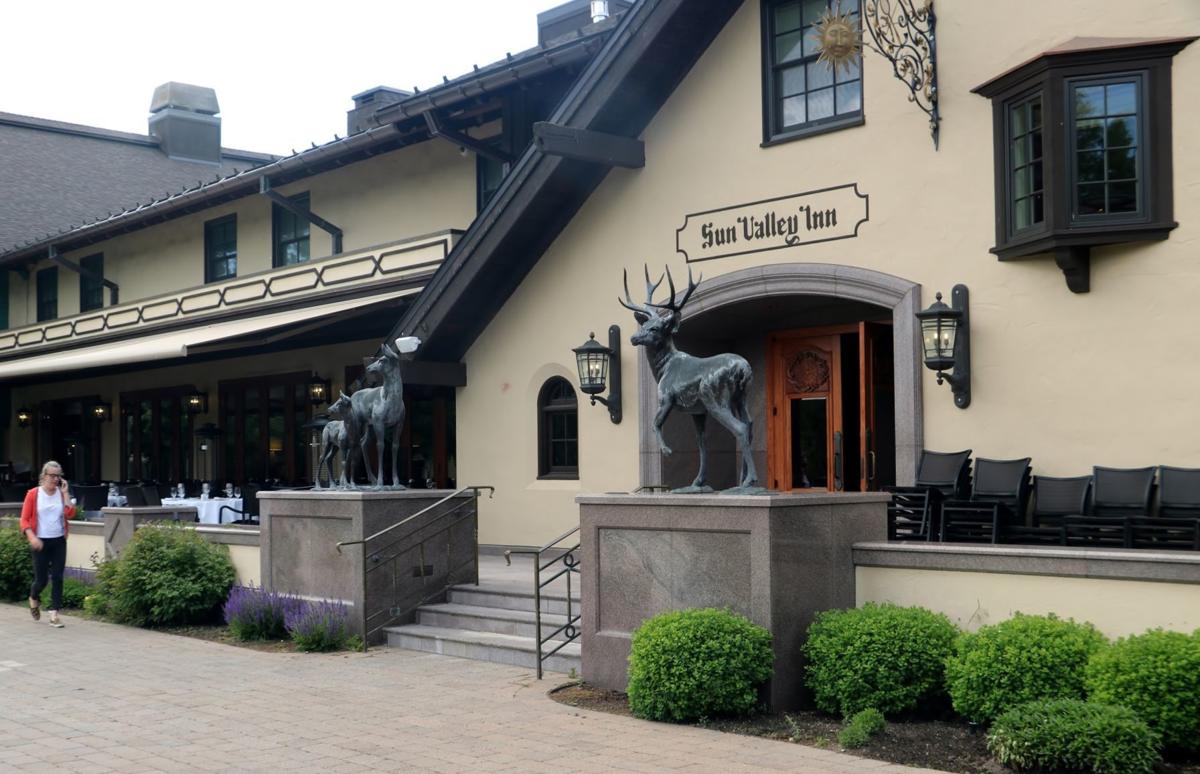 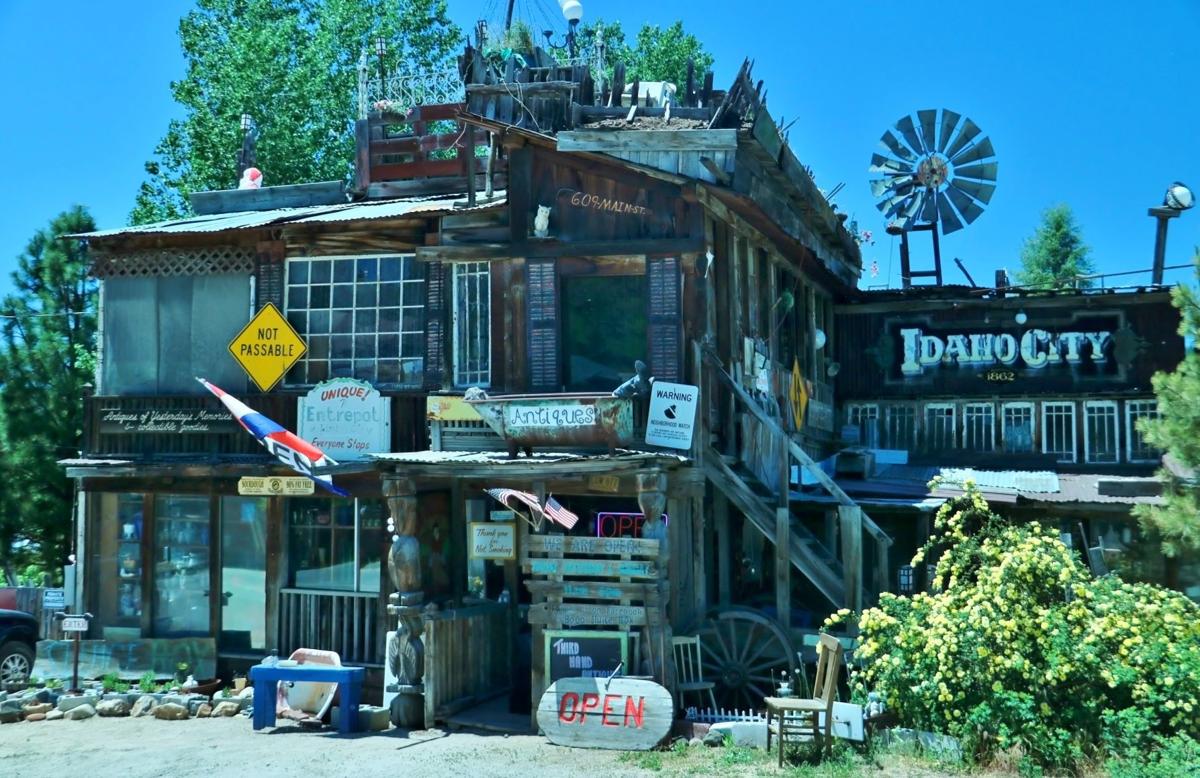 A view of Shoshone Falls.

Always interested in going to new places, I glanced at a map of the United States last spring looking for an area I’ve never before explored.

“Why not Idaho?” I asked myself, envisioning snow-capped mountains, deep blue lakes surrounded by meadows full of colorful wildflowers and scenes from out of the Old West.

An 808-mile auto tour of Southern Idaho fulfilled my expectations.

Starting in Boise, the state capital, I headed east to Twin Falls, Ketchum and Sun Valley, Stanley, Idaho City and back again to Boise on a great circle route. My journey took me through the high desert of the south where irrigated fields grow hay, beef cattle and, yes, potatoes. Here and there, beautiful recreational enclaves — like Thousand Springs State Park — are majestic green sanctuaries that contrast vividly with their agrarian surroundings.

Elsewhere, I traversed gravel roads to get to abandoned mining towns, passed over steep and winding roads that took me past scores of photo ops that awed by their stunning natural beauty.

Before heading out on the open road in a rental car, I spent two days exploring Boise. The bustling city reminded me a lot of Austin. Like its Texas counterpart, Boise’s downtown core bustles with trendy restaurants, wine bars, brewpubs and sidewalk bistros and has a youthful vibe.

Boise’s signature landmark, Table Rock, rises 900 feet above the city and offers some spectacular views. Getting to the top is a bit of a hike in the final quarter mile or so, but it’s worth the effort. At dusk, a 600-foot-tall cross at the top is illuminated and visible from many places in town.

Well worth a stop, the 1872 Old Idaho Penitentiary is both chilling and beautiful — a magnificent outdoor rose garden occupies the area once used for executions. Tours take in the former cell blocks, the gallows and the pens once used for solitary confinement, which sometimes held five prisoners at a time.

Interestingly, one of the inmates, Lloyd Kenneth Lyons, was born in West Virginia in 1900, but was arrested for car theft in Boise in 1932. Waiting for arraignment in the county jail, he escaped only to be caught within an hour. While waiting for trial, he and three other inmates were thrown from a window ledge in the bull pen by a bolt of lightning. Convicted and sentenced to serve between 1 and 14 years, Lyons was later pardoned after serving a year and was never heard from again.

In the late 1800s, Basque immigrants from France and Spain began arriving in Idaho, often to serve as shepherds for the Anglo population. Today, Boise has more people of Basque descent per capita than any other place outside their native region in Europe.

The Basque Museum and Cultural Center is conveniently located in what’s called the Basque Block, which includes a Basque restaurant, Gernika, and a Basque market. The Basque Museum has numerous displays explaining Basque history in the Old West and maintains a period boarding house next door that shows how the Basque sheep herders lived in the off season.

Idaho has an abundance of geothermal resources. On the road, I managed to relax at two commercial springs, one in the Thousand Springs State Park area called Miracle Hot Springs, and another just south of Idaho City simply called The Springs. Both charge a fee to use one of their private pools — perfect for a long soak in complete privacy. After each use, the pools are drained completely, and users may then enjoy the public areas, which include large, chemical-free swimming pools.

East of Boise, Twin Falls has two awesome attractions, both of which involve the Snake River. For one, the city is fortunate to have its visitor center sited close to a jaw-dropping vista of the deep Snake River Canyon and the lofty Perrine Bridge, the eighth highest in the U.S. A smaller version of West Virginia’s New River Gorge Bridge, the bridge deck is still an impressive 486 feet above the river — making it a great spot for parachutists from all over the world to make legal jumps.

Near the Visitor Center, a trail to the east leads to the infamous and unsuccessful jump site used by Evel Knievel in 1974, when he unsuccessfully attempted to leap the canyon on his ill-fated “skycycle.”

Just a few miles northeast of the city, Shoshone Falls is billed as the “Niagara of the West” and is actually 45 feet taller than its eastern cousin. After entering the park, I drove down to a parking lot that has a convenient overlook of the impressive falls, which splay out over the rocks.

It’s no wonder NASA sent Apollo astronauts to the Craters of the Moon National Monument to train for their lunar flight. The volcanic area in eastern Idaho is covered with black lava that erupted from numerous fissures and solidified into cinder cones and lava bombs.

While the monument covers some 53,571 acres, visiting is made easier via a 7-mile loop road that starts near the visitor center. The loop has seven stopping points that lead to walking trails and areas with suggestive names like the Devil’s Orchard and Inferno Cone.

Heading west, the upscale town of Ketchum is just a mile or so away from Sun Valley. When rail tycoon Averrill Harriman sent Count Felix Schaffgosch out West to find the ideal spot for his proposed luxurious ski resort, he recommended Sun Valley. Soon after opening, the resort attracted the nation’s luminaries, like Clark Gable, Gary Cooper and Ingrid Bergman. One of them, Ernest Hemingway, fell in love with the place.

An outdoorsman, the celebrated author worked on and completed his novel “For Whom the Bell Tolls” while residing in the Sun Valley Lodge. He later bought a home on the outskirts of nearby Ketchum. Following suicide by gunshot at his home, Hemingway was buried in Ketchum Cemetery.

Literally a bit off the beaten path down a gravel road off Highway 75, the remnants of the 1879 gold rush town of Custer was named after the ill-fated general. About seven of the town’s original buildings remain, including the schoolhouse, which has been turned into a museum. The short-lived town of 600 at its peak died with the end of the gold era and was abandoned by 1910.

Just down the road, the Yankee Fork Gold Dredge is a massive structure that explains the piles of rubble stone alongside the road. The dredge recovered an estimated $1,200,000 in gold the original prospectors missed according to goldrushtradingpost.com. Tours of the interior are offered during the summer months.

Emblematic of Idaho, Redfish Lake near Stanley is a 5-mile-long, 1-mile-wide alpine lake that got its name from the abundance of sockeye salmon that once filled its water in spawning season. Very few of the red fish return each year due to the number of hydroelectric power dams that hinder their upstream journey.

During my mid-June visit, the 10,299-foot-tall Mount Heyburn was still partially snow covered. The view of the lake and surrounding mountains from rustic Redfish Lodge is awesome, and the cuisine featured in Limbert’s, the lodge restaurant, is some of the finest in the area.

Near the end of my journey, I stopped in the rustic town of Idaho City, the largest between St. Louis and San Francisco soon after gold was discovered in the Boise Basin in 1862. Over the years, the Boise Basin produced $250 million in gold, more than the Comstock and Klondike strikes combined.

Despite two early fires, more than 20 pioneer buildings remain intact, along with three dozen structures over 150 years old. As I walked along the planked boardwalks of Main Street, I peered at old relics, like the 1865 Masonic Hall, the Old Schoolhouse, the Boise County Courthouse (formerly a hotel with the courtroom in the former dining room) and the Miners Exchange across the street — now used as county offices, which include the recreated saloon. On the edge of town, the Pioneer Cemetery dates back to 1863 and has about 200 remaining gravestones.

Just before my flight back home from Boise, I managed to drop in at the World Center for Birds of Prey, where you can meet eagles, owls, vultures, hawks and falcons from around the world. Live raptor presentations are held throughout the day, a quarter-mile-long trail gives glimpses of raptors in a restored habitat and Condor Cliffs gives you a chance to see California condors up close and personal.