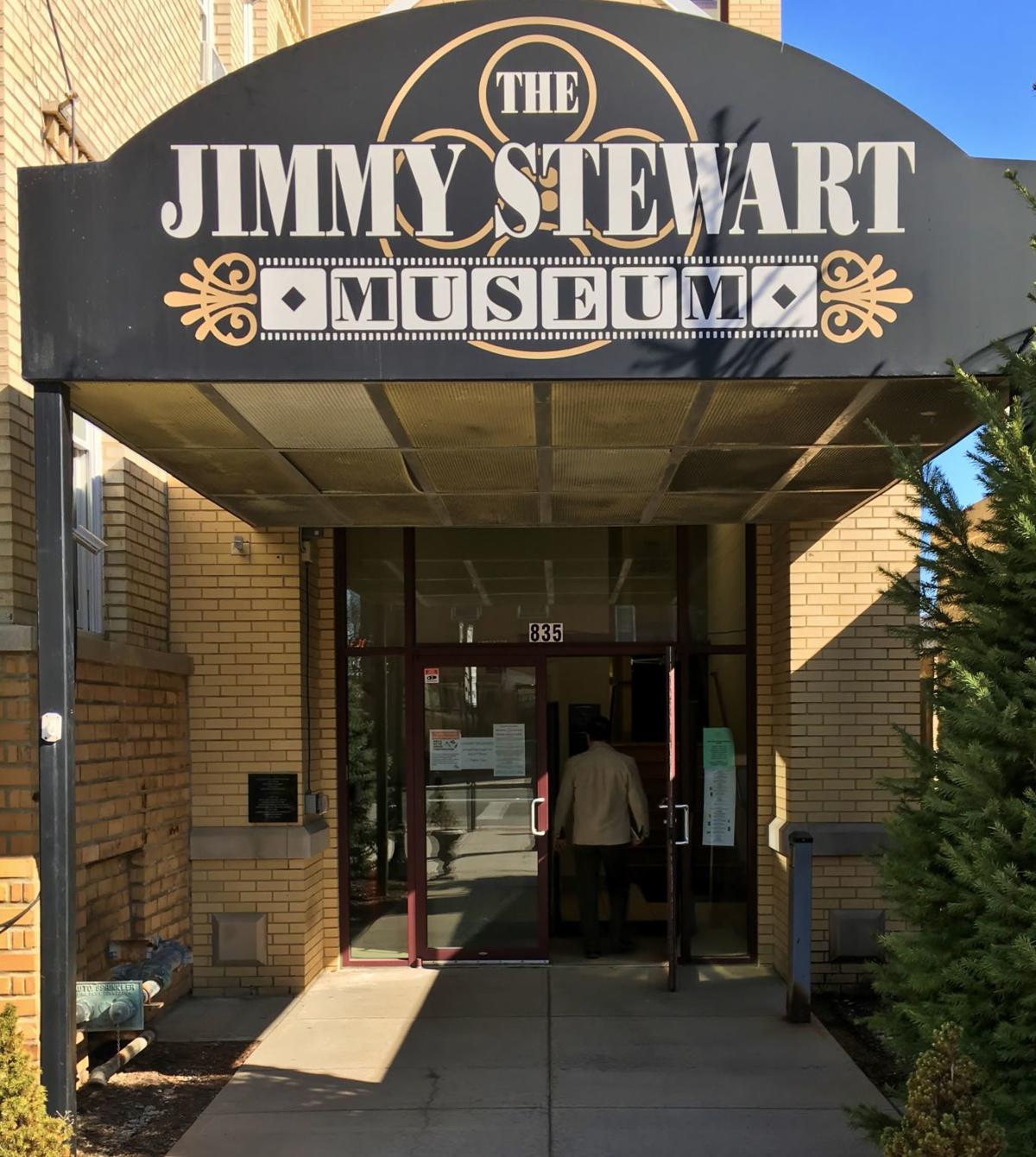 Entrance to the Jimmy Stewart Museum. 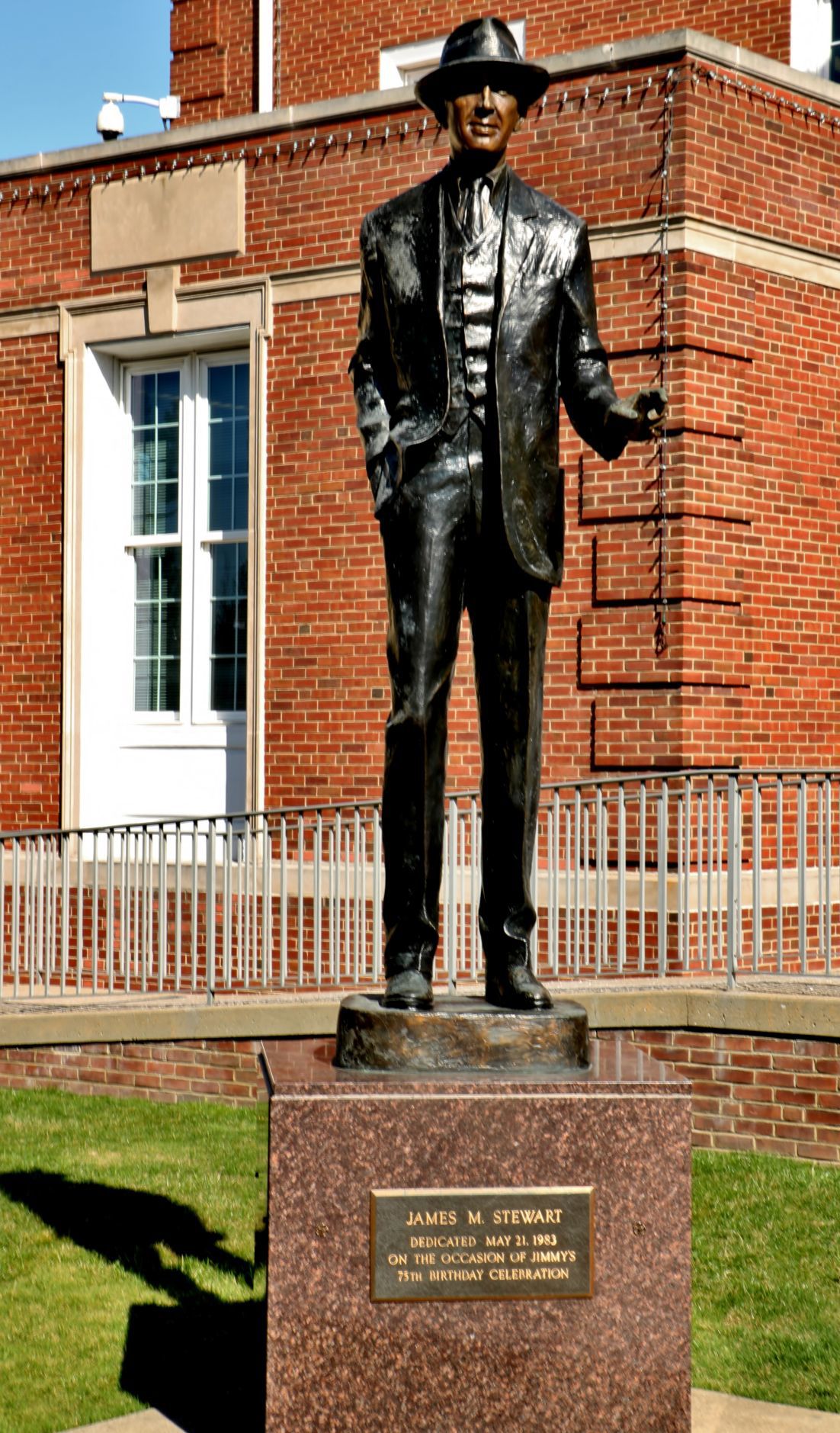 Statue of Jimmy on the lawn of the Indiana County Courthouse. 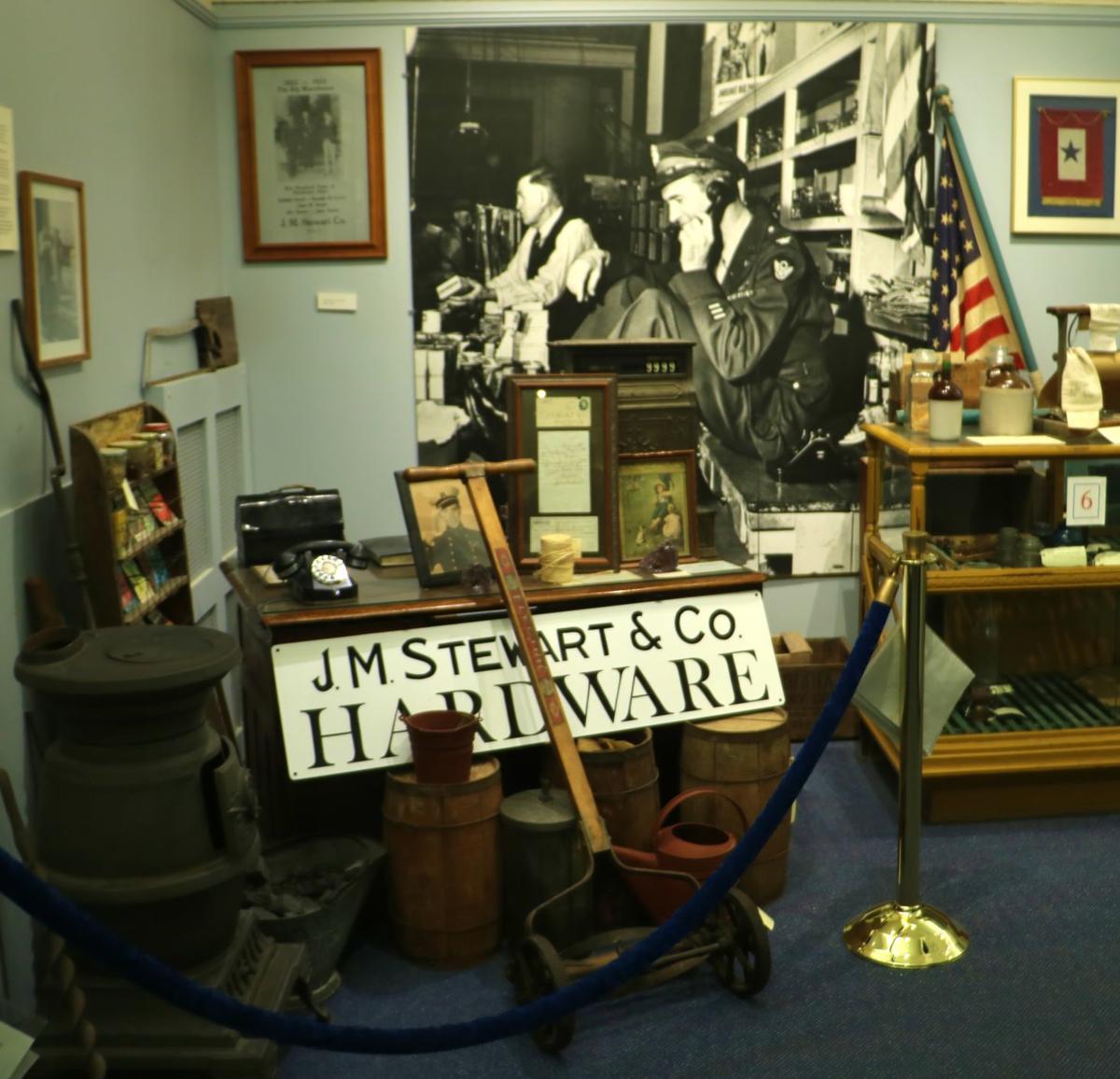 Entrance to the Jimmy Stewart Museum.

Statue of Jimmy on the lawn of the Indiana County Courthouse.

In his long and stellar career, actor Jimmy Stewart appeared in 81 films, starting with his first credited film, “Murder Man,” a 1936 movie starring Spencer Tracy in which MGM cast Jimmy in the role of a newspaper reporter. In addition to film, Jimmy also made many television appearances and performed in over 250 radio programs from 1933 through the late 1990s.

What many West Virginians probably don’t know (or maybe they forgot) is that “Fool’s Parade,” a 1971 comedy drama based on Davis Grubb’s novel of the same name, was shot mostly in Moundsville and included scenes of the state penitentiary, the Marshall County Courthouse and the Marshall County Bank building.

Visitors to the Jimmy Stewart Museum in his hometown of Indiana, Pennsylvania, can see three items related to the film, which premiered at the Court Theater in Wheeling in June 1971. The memorabilia from the film includes an original poster, a paperweight with a photo of the fictional town of “Glory,” the name of the town in the film, and an ashtray that commemorates the film and includes the state crest.

At first, Jimmy was reluctant to have a museum dedicated to his life, career, military service and family due to his humble demeanor. But on May 20, 1995, the Jimmy Stewart Museum opened in the town of Indiana on his 87th birthday. According to guide Joy Behr, the actor requested that “no one bother” his friends for contributions or historic memorabilia.

From the windows of the museum, located on the third floor of the Indiana County Community Building, located at 845 Philadelphia Street, visitors can see the site of his father’s hardware store, the location of house where he was born and the house he lived in as a young child on nearby Vinegar Hill.

On entering the museum, one of the first things visitors will see is a life-size facsimile of Harvey, the invisible rabbit friend Elwood P. Dodd (Jimmy) brought to life in the film of the same title.

From there, visitors can stroll through six galleries full of movie posters, photos and memorabilia. One features his boyhood life in Indiana with a early baby photo on display along with shots of early Indiana and Jimmy’s father’s hardware store. Another shows the young actor in a football outfit as a member of the team at the Mercersburg Academy, where he attended school. A copy of his yearbook is also included in the museum holdings.

The museum also has a fiberglass replica of the bronze statue that stands on the lawn of the adjacent Indiana County Courthouse. Jimmy came back home for its dedication, held on his 75th birthday in 1983. It was his last public appearance in the town of his birth.

One gallery spotlights his Tudor-style home at 918 Roxbury Drive in Beverly Hills, where he lived with his wife, Gloria, from 1951 until his death in 1997. The door to the home, which no longer stands, leads to the gallery with photos of the interior of the house and his 80th birthday party with numerous Hollywood stars in attendance.

Visitors get to see a facsimile of his father’s store with its pot belly stove, old cash register and desk as well as Jimmy’s bedroom, where the types of model airplanes he used to love to build hang over his boyhood twin bed. Elsewhere, the actual booth Jimmy and Gloria used to sit in on their regular Thursday evening outings to Chasen’s Restaurant in Los Angeles is on display, as is a replica of Jimmy’s Los Angeles office complete with a grandfather clock and desk.

Among the memorabilia, look for the airplane propeller blade signed by the cast and crew who worked on his film “Flight of the Phoenix,” the cowboy hat he wore in many of his westerns and uniforms he wore as a member of the Army Air Corps. During World War II, Jimmy flew 20 dangerous missions overseas and finally retired from the Air Force in 1968 with the rank of Brigadier General. His tuxedo and dress blues with all the correct medals are on display at the museum.

The museum also has two televisions that show Jimmy’s films throughout the day, and visitors may ask to see one of their favorites. A 1930s-style, 50-seat movie theater also screens Jimmy’s films everyday at 1 p.m. along with biographical shorts.

Outside on the street corner, push the crosswalk button to hear a Jimmy voice-over that will tell you when it’s safe to cross the street. If you’re up to walking a block or two to Vinegar Hill, you can take photos of Jimmy’s boyhood home at at 104 N. 7th Street. Now privately owned, there is no access into the interior of the house. You can also drive up to the house and park your car nearby.

On May 24 and 25, Indiana will host the Westsylvania Jazz and Blues Festival. For information on more things to do in Indiana, phone 1-877-INDIANA or visit website visit indianacountypa.org.

For some outdoor fun and recreation, head south to New Florence, home to nearby Buttermilk Falls, which features an impressive 45-foot waterfall and scenic woodland. Follow the path downhill from the parking lot to a staircase that leads to a platform that allows you to walk inside the overhang. Stay perfectly dry while the water gushes right in front of you and spills into the pool below.

Between 1931 and 1956 the property was owned by Fred McFeely, grandfather of Fred Rogers of children’s television fame. McFeely, a wealthy industrialist from Latrobe, Pennsylvania, utilized the property as a retreat. His estate featured a cottage, horse stables, a three-car garage, outbuildings and a swimming area in the creek above the falls. Mr. Rogers often visited the site as a child. Stone foundations and retaining walls from the estate are visible at the site.

The falls are a stop along the Fred Rogers Trail, meant to celebrate the 50th anniversary of the PBS show “Mister Rogers’ Neighborhood.” The trail leads to Pittsburgh with 15 stops along the way that either inspired or influenced Rogers and his show. Find more information at visitpa.com/fredrogers.

For a place to stay, the Hilton Garden Inn at 714 Pratt Drive is a modern and comfortable hotel and restaurant featuring an indoor pool, business and fitness center and cocktail lounge. Call 724-349-2222 or visit indianaatiup.hgi.com.

For a place to dine, Nap’s Cucina Mia, 1035 Philadelphia St., serves homemade pastas and locally sourced foods and is rated No. 2 in Indiana, Pennsylvania. on Yelp. Choose from an array of pastas, then pick a sauce of your liking. Or pick an entree off the chalkboard (veal chop, swordfish, pork chop, crab cake, filet mignon and bistecca) and watch the chefs prepare your meal at an open kitchen. The desserts (lemon pudding cake, tiramisu, lemon blueberry puddings, gelato) are house-made as well. If you’re in the mood for gourmet pizza cooked in a wood-fired oven, the same owner runs Josephine’s, the restaurant next door. Phone 724-465-5396.

Benjamin’s, 458 Philadelphia Street, is housed in a Victorian manse with seven dining rooms and an outdoor patio. Open for lunch and dinner, Benjamin’s is closed on Sunday and has an exciting, creative menu with early bird specials 4:30 to 5:30 p.m. Monday through Thursday and full service bar. Voted No. 2 restaurant in Indiana on TripAdvisor. Call 724-465-4446.