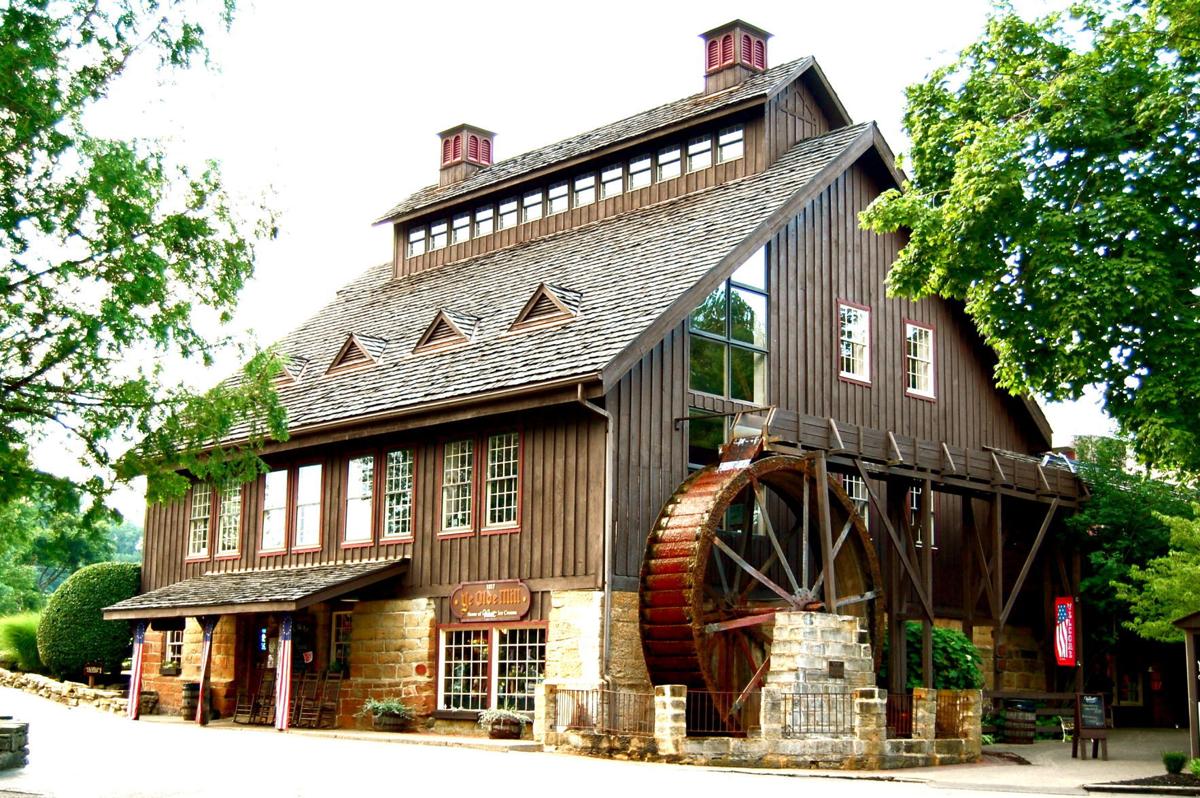 The Velvet Ice Cream company began in a basement more than a hundred years ago, and today is located roughly a mile away and features a large, water-turned wheel reminiscent of an old mill. 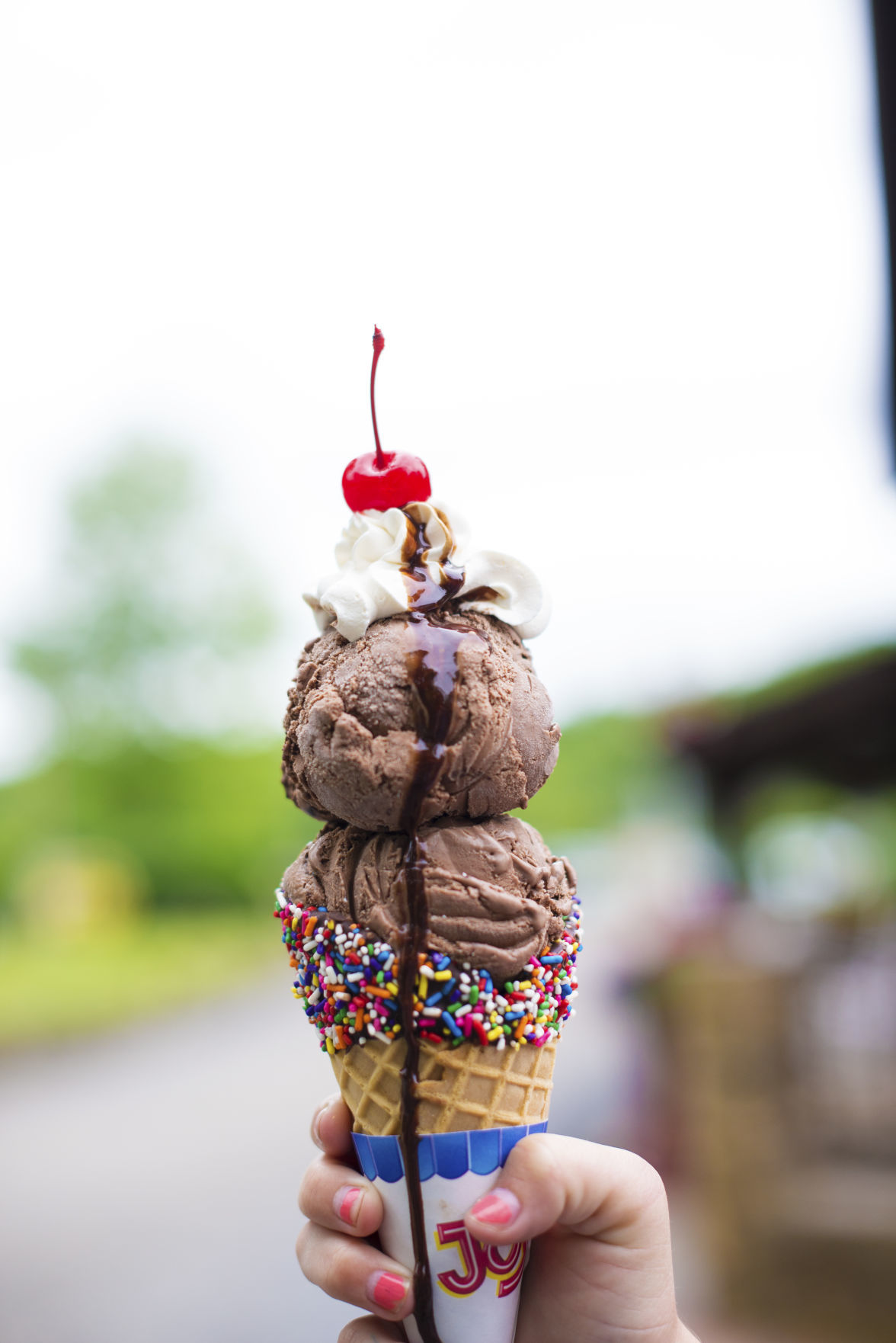 Velvet Ice Cream started with three flavors in 1914, and today has expanded to 54-60 flavors. 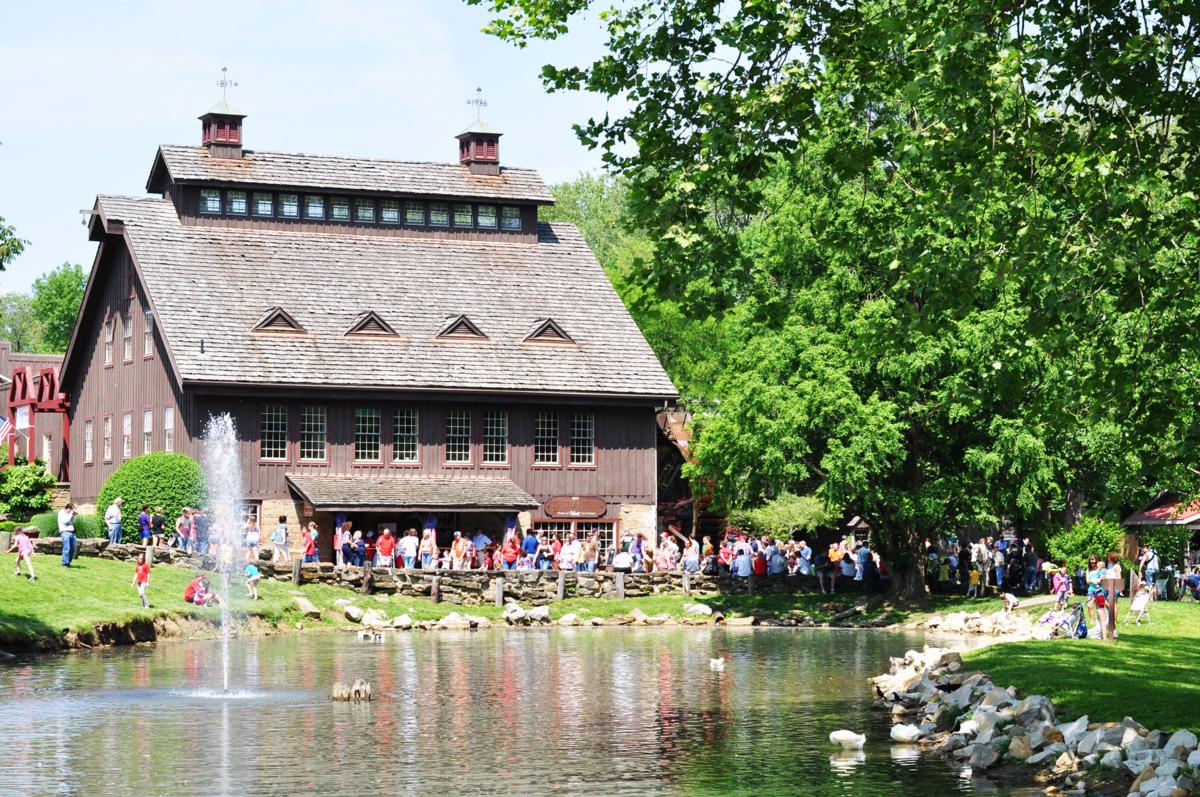 There’s a free guided walking tour at Velvet Ice Cream most days through October, as well as a museum, a nature trail, picnic tables and a play area for children. 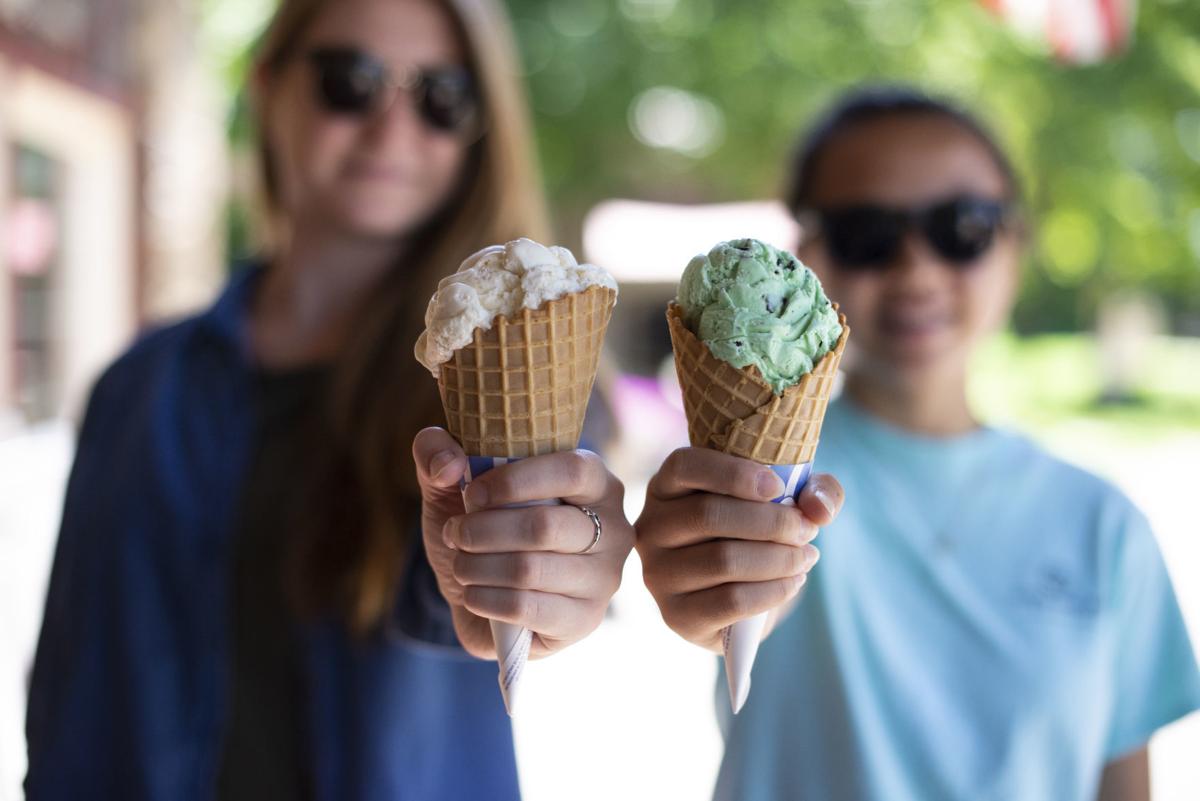 Velvet Ice Cream began with a daily output of five gallons. Today, the company cranks out 3,000 gallons an hour.

The Velvet Ice Cream company began in a basement more than a hundred years ago, and today is located roughly a mile away and features a large, water-turned wheel reminiscent of an old mill.

Velvet Ice Cream started with three flavors in 1914, and today has expanded to 54-60 flavors.

There’s a free guided walking tour at Velvet Ice Cream most days through October, as well as a museum, a nature trail, picnic tables and a play area for children.

Velvet Ice Cream began with a daily output of five gallons. Today, the company cranks out 3,000 gallons an hour.

UTICA, Ohio — Here at the tail end of August, July’s National Ice Cream Month may have come and gone, but there’s still plenty of summer left to enjoy one of the season’s favorite treats: ice cream.

Utica, which is home to Velvet Ice Cream, has been taking the frozen confection seriously since 1914, when Joseph Dager launched his ice cream enterprise and hand-cranked three flavors — vanilla, chocolate and strawberry — in the basement of a Utica confectionery.

His daily output was about 5 gallons. Today, four generations of Dagers have grown the business, and they are now producing 3,000 gallons an hour in 50 to 60 different flavors.

This picturesque mecca for ice cream is a far cry from its humble beginnings. Now located about a mile from its birthplace, it’s designed to look like an old mill with a massive water-turned wheel still revolving alongside its original 1817 stone foundation.

On the grounds, domesticated ducks waddle around in eyeshot of a lovely pond full of fish with picnic tables and pavilions scattered about the lawn. At one end of the property, a nature trail winds its way through a wooded landscape, perfect for a leisurely stroll.

The grounds also feature a small museum of milling, with an assortment of antique equipment used to saw timber or mill grain; a children’s play area; and a grove of buckeye trees.

About 175 miles north of Charleston, Velvet Ice Cream is believed to have gotten its name from the velvet jacket Joseph Dager often wore. It’s also said that the enterprising businessman wanted to produce ice cream that had a creamy, velvety texture.

During a free, 30-minute guided walking tour that’s offered on the hour from 11 a.m. to 3 p.m. from May through October, visitors get to see how ice cream is made at the factory in seven steps. Tour guides will also explain the history of the 105-year-old company as well as the historic mill.

A video in the viewing gallery shows how today’s Velvet Ice Cream is made in 260-gallon tanks and frozen to a perfect temperature. It includes interesting tidbits of information like the site’s staggering weekly output of 250,000 ice cream sandwiches and 5 million gallons of ice cream a year.

Tours are offered on a first-come, first-serve basis, but are not offered on weekends, major holidays, or during production changes and year-end maintenance, so it’s best to check ahead for details before planning a visit.

What would a tour of an ice creamery be with out a taste of the goods? On the lower floor of Ye Olde Mill, visitors can sample from a wide assortment of flavors before ordering a cup, cone, sundae or shake.

According to Olivia Toth, marketing specialist, the most popular flavor is the Buckeye Classic (this is Ohio after all). It’s a blend of peanut butter ice cream and small buckeye candies. Coming in second is Butter Pecan, made with cashews as well as pecans.

If you’d like to start your visit with something more substantial, the Wheel Room Restaurant has a menu of salads and sandwiches. I can personally vouch for the turkey reuben, a take-off from the traditional pastrami-based creation. Sundae-wise, I tried the Mint Messy Mess, a tasty chocolate treat brimming over with hot chocolate syrup poured over mint chocolate chip ice cream.

To honor the 150th anniversary of “the nation’s favorite pastime,” Velvet is serving a baseball Sundae, vanilla ice cream topped with peanuts, Cracker Jack and caramel and served in a baseball cap cup.

For those with colossal appetites (or for those who like to share), the Feed Bin is 26 scoops of ice cream loaded with bananas, sauces, nuts and cherries for $29.99 and served in a plastic trough.

Before exiting the gift shop, browse through the ice cream museum. It’s an interactive area where you can learn about ice cream and its ingredients like vanilla and the cocoa bean. You can discover startling facts about:

You’ll also be able to take a personality test based on your favorite flavor of ice cream.

Held over Memorial Day weekend, the festival kicks off with a parade in Utica, then moves to the ice cream factory grounds, where you’ll find live entertainment, animal demonstrations by the Columbus Zoo, kid’s shows, sack races, craft vendors and the all-important sampling of ice cream.

If you’d like to extend your trip, Columbus is about a 50-minute drive from Utica. Worth a visit and a sleepover, German Village is both historic and charming.

The 233-acre neighborhood has many cobblestone streets lined with trees and comes with some amazing architecture found in its stately homes, fashionable restaurants, shops, bars and boutiques.

Settled in the mid-19th century by a large number of German immigrants, the area is famous for its beautiful Schiller Park, a 23-acre enclave is home to many festivals and neighborhood events, including productions of Shakespearean plays in the summer. Tours of the neighborhood can be arranged by phoning 614-221-8888 or visiting website GermanVillage.com.

Not to be missed is the Book Loft on S. Third Street, a labyrinth of 32 rooms filled with new and used books.

German Village is listed on the National Register of Historic Places since 1974, was recognized by the White House in 2006 as a Preserve America Community, as one of 10 Great Neighborhoods by the American Planning Association in 2011, a Top 3 Fodor’s Choice pick and as one of the Top 5 Travel Spots in the World by the New York Post in 2007.

For a place to stay, the German Village Guest House, 748 Jaeger Street, was voted Best Hotel/B&B in Columbus in reader polls each year from 2012 to 2017. The inn offers a fresh, generous continental breakfast, Wi-Fi, super-premium towels, robes and linens, snacks, refreshments and more. Phone toll-free 866-587-2738 or visit gvguesthopuse.com.