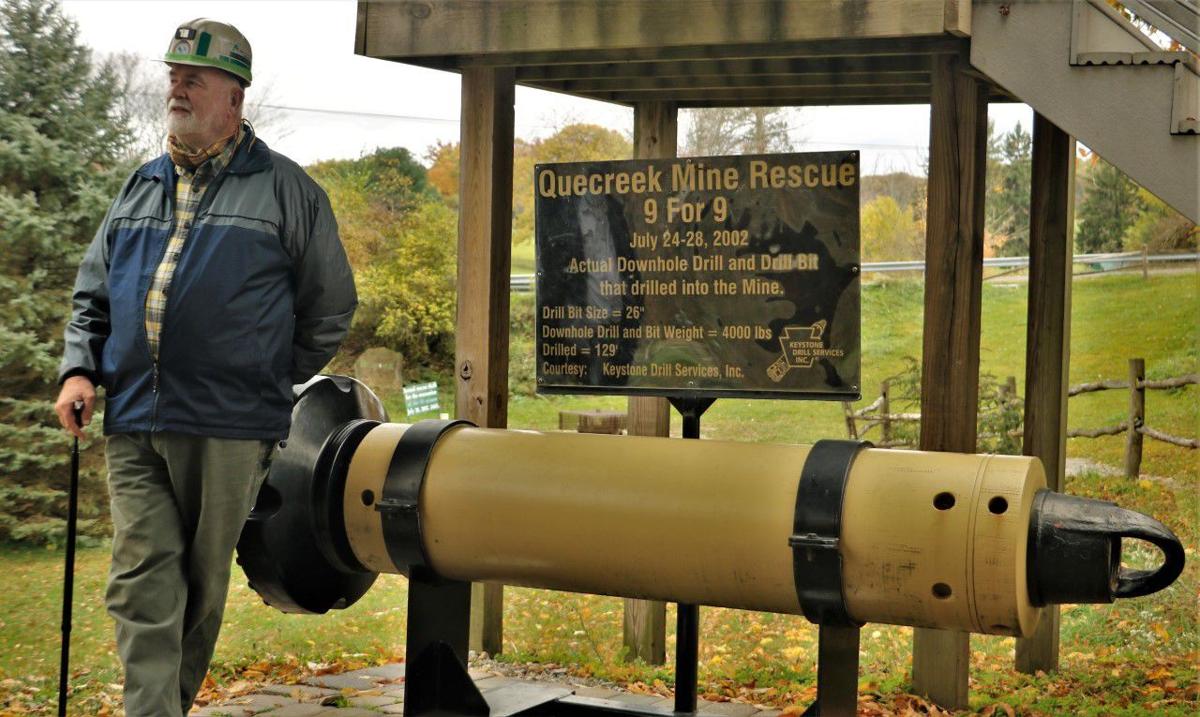 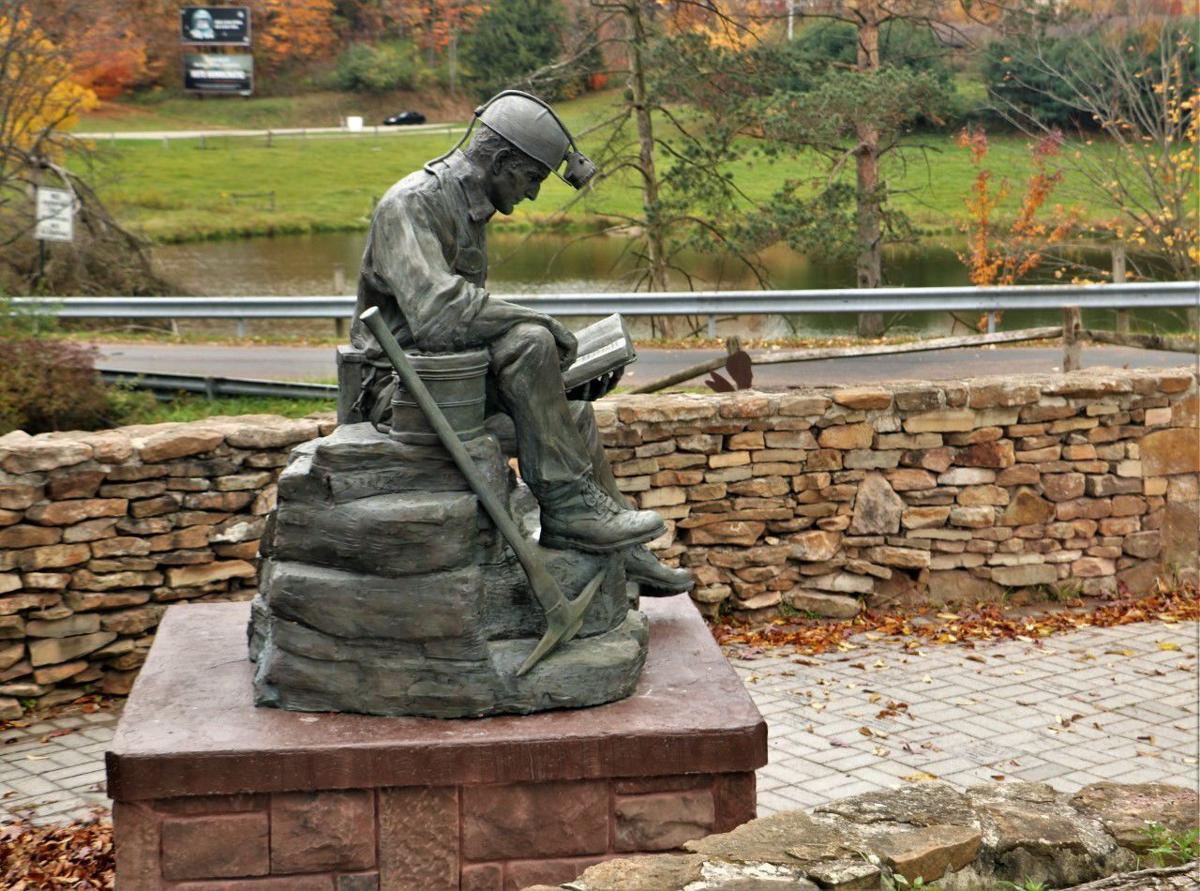 A statue of a coal miner at the Quecreek Mine Rescue Site in Somerset County, Pa. 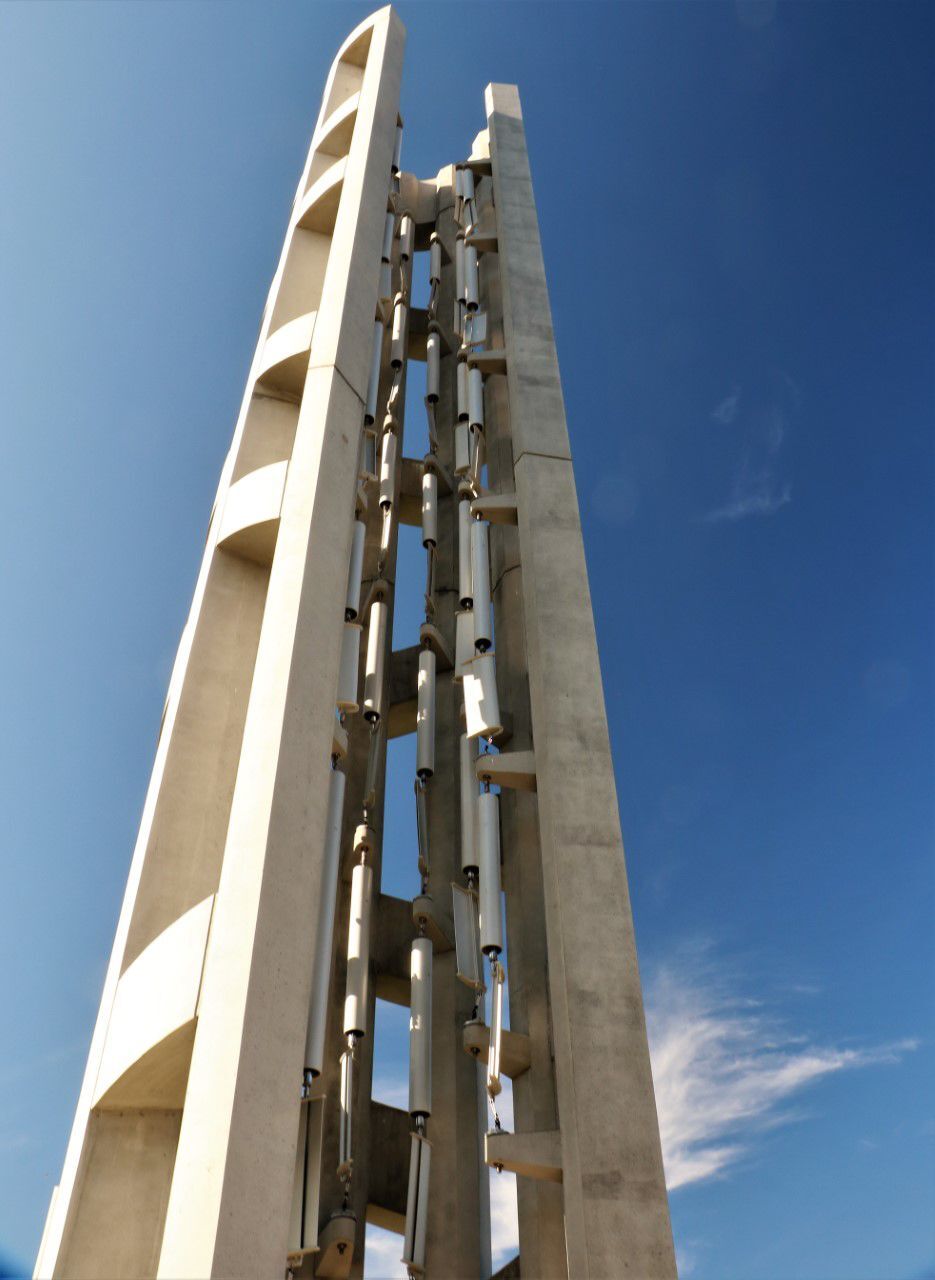 “The Tower of Voices” at the Flight 93 National Memorial in Somerset County, Pa. Considered to be a 93-foot tall musical instrument, the tower has 40 chimes, one for each of the passengers and crew on board the Sept. 11, 2001, Flight 93.

A statue of a coal miner at the Quecreek Mine Rescue Site in Somerset County, Pa.

“The Tower of Voices” at the Flight 93 National Memorial in Somerset County, Pa. Considered to be a 93-foot tall musical instrument, the tower has 40 chimes, one for each of the passengers and crew on board the Sept. 11, 2001, Flight 93.

SOMERSET COUNTY, PA. — This is usually a tranquil, bucolic area full of small towns, fertile farms and gorgeous mountain scenery. But within a short span of ten months from September 2001 to July 2002, this pastoral county in Southwestern Pennsylvania grabbed the attention of the world as the site of two astounding events.

From the tragedies of the Sept. 11 terrorist attacks on the World Trade Center and the Pentagon, the effort of Flight 93 passengers to cut short a fourth jet plane attack is one of exemplary heroism. To save what is presumed to have been a terrorists’ target in the nation’s capital, they coordinated an attack to take over the plane just over Somerset County. In doing so, they quashed the terrorists’ plan only to lose their own lives in the subsequent crash near Shanksville.

Their bravery has not been overlooked. A fitting memorial complete with an informative visitors center and reforested landscape now honors these fallen heroes. Privileged to live fairly close by, I got to see the construction of the memorial from its very beginnings. On a beautiful sunny day in late October, I made my most recent visit to hear for the first time the bells on what is called the “Tower of Voices,” a lofty monument to heroism.

Considered to be a 93-foot tall musical instrument, the tower has 40 chimes, one for each of the passengers and crew. With a design found nowhere else in the world, the tower optimizes air flow through its walls to reach the interior chime chamber. Varying in size from 5 to 10 feet in length, the chimes are wind-activated by long sails attached to their bottoms. Obviously, the best time to visit them is on a windy day, a frequent occurrence on the mountaintops of Somerset County.

Lucky to be onsite on a fairly breezy day, I heard a number of the chimes resound over the viewing area every time the wind kicked up. Somewhat muted and reverential, the musical tones produced feel fittingly reverential, even melancholic. While each of the chimes has its own unique tone, they are also intended to blend in with the others. The tower is not only beautifully designed, it also manages to elicit an appropriately subtle sacrosanct mood.

The Flight 93 National Memorial is open seven days a week and is free of charge. Plan on spending at least two hours to see the exhibits, walk the grounds and take in the Tower of Voices. For more information, go to nps.gov/flni/index.htm.

Just a few miles away, a heroic event of another sort took place less than a year later on July 24, 2002, when nine coal miners were trapped underground in frigid temperatures for 77 hours. At 8:45 p.m., the miners breached a wall in an adjacent abandoned mine, sending 37,000 gallons of water spewing into the Quecreek Mine. Holding on for dear life in a small space, 40 inches high and 240 feet below the Earth’s surface, the miners came close to breathing their last several times. After a 6-inch pipe drilled into the mine, the largest rescue mission in the state in almost three decades pumped life-saving oxygen into the mine.

With the assistance both of state and federal government rescue agencies, the miners were all saved after a 24-inch hole bored into the mine enabled them to escape via a capsule 22-inches in diameter that lifted them to safety one by one. The “super drill” that successfully bored into the earth was brought in from West Virginia by police escort.

This remarkable story that occurred on and under the 126-acre Doral Farm is retold via a thrilling 40-minute video at a memorial museum operated by the nonprofit Quecreek Mine Rescue Foundation located on the actual rescue site.

“The miners probably wouldn’t have lasted another hour,” said Bill Arnold, farm owner and the foundation’s executive director. “When I made the timeline on the rescue effort, I counted ten times when they should have been dead.”

Among the items on display are the actual rescue capsule as well as the one used in the Disney film, “The Pennsylvania Miners’ Story.” Other items include the broken drill bit, miners’ clothing, equipment and photographs.

“Thirty percent of what we do here deals with mining history to make sure people know what coal is and what it’s used for,” Arnold said.

Outside, visitors can walk the grounds and see both the air shaft and rescue tunnel, now covered by a metal grate. To give visitors a sense of the small space in which the miners were trapped, they can crawl into a small structure that simulates the experience spatially.

From time to time, some of the mine survivors visit the museum, and, for a $100 fee, one of them will give a presentation and answer questions to group visitors. A portion of the fee is given to the speaker; the rest is put in a fund to cover future expenses the miners might incur. On the day of my visit, I got to hear a detailed account of the rescue by mine safety consultant C. Greg Turner, who’s been involved in mine rescues around the world.

To extend your Somerset County visit, head south to Meyersdale, the gateway to Amish country and Mt. Davis, the highest point in Pennsylvania. Heading west from Meyersdale along Mt. Davis Road, you’ll pass numerous Amish farms, schools and businesses, small towns and a beautiful, rolling mountainous landscape. Don’t be surprised to see an Amish horse and buggy sharing the road, as well as Amish men and women walking along the grassy, roadside berm.

At 3,213 feet above sea level, Mt. Davis is named after John Davis, an early settler, Civil War veteran, surveyor and naturalist. Entrance to the site is free of charge and includes access to several hiking trails, as well as a series of informative, somewhat weathered plaques. One highlight of the location is a more than 50-foot-tall observation tower that gives those who make the climb to the top a 360-degree view of the area, including some of the many wind turbines scattered over the Somerset County mountaintops.

For a place to stay, the Fairfield Inn and Suites by Marriott, 117 Tollgate Road in Somerset, opened just two years ago and is a very clean and attractive 3-star hotel with free WiFi, large flat screen TVs, indoor pool, fitness center, and continental and buffet breakfast options. Phone 814-701-2829.

For a place to dine, the Coal Miners Café, 1640 Pitts Street in Jennerstown, fits in nicely with a Quecreek-themed visit. Numerous mining tools donated by local families can be seen mounted on the walls of this old building that dates back to 1929.

Owner Eileen Darr has a Pennsylvania Dutch background and it shows up in her culinary style. The restaurant’s bill of fare is basic and inexpensive and has such staples as meatloaf, pastas, chicken done four different ways and grilled ham. A senior meal section includes items like spaghetti and meatballs, chicken Parmesan and liver and onions. No alcoholic beverages are served, but patrons are allowed to BYOB. Phone 814-629-5518.

In Meyersdale, the White House restaurant, 515 Thomas Street, is charming, cozy and spotlessly clean. A little off the main thoroughfare, it’s worth seeking out for lunch or dinner. The owner prepares American comfort food including wraps, sandwiches, burgers and assorted entrees. The popular deep fried haddock sandwich is from a family recipe that hasn’t changed since 1956. The servings are ample and inexpensive with a homecooked taste. Phone 814-634-8145.